10 Things You Never Knew About Bottom

When we were in our teens, there was one comedy series that we loved to stay up late and watch: Bottom.

The show was a lot cruder than the shows on before the watershed and we were now old enough to be allowed to stay up and watch it, it felt so naughty but so right!

The show was consistently hilarious, with the chemistry between Rik Mayall and Adrian Edmondson making it a joy to watch. Let’s take a look back at this classic with some facts about Bottom you may not have known.

10. Adrian Edmondson shaved his head instead of wearing a bald cap 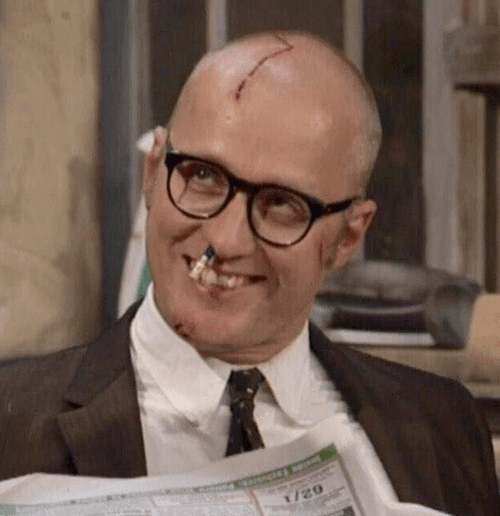 To play the part of Eddie Hitler convincingly, and to get properly into character, Edmondson actually shaved off all his hair for the part rather than wear a bald cap for the show.

9. The F word was only used once during the show’s run 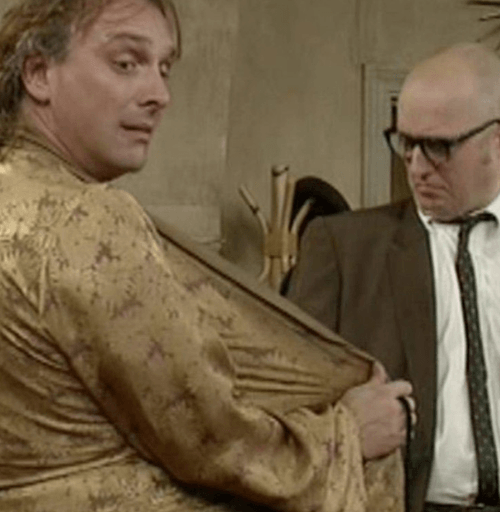 During the run of the show, the F word was not spoken on-air as the BBC were not happy with the use of that word in their programming. In series three, the F word was spoken once but was bleeped out.

8. Its title was originally intended as a marketing ploy 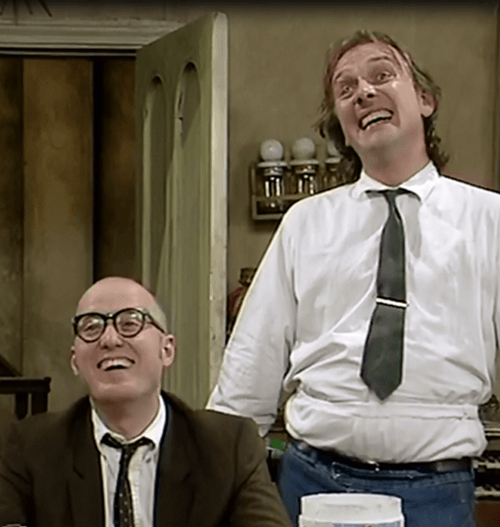 The original title of the show was Your Bottom, with the two stars of the show hoping people would discuss the show at home saying things like, “Did you see Your Bottom on TV yesterday?”

7. Edmondson did his own stunts 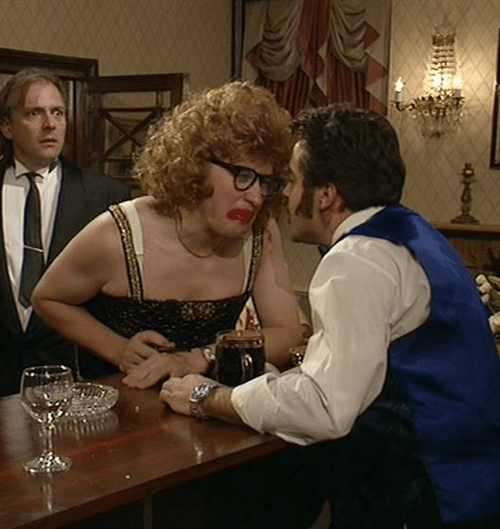 During the run of the show, Edmondson got involved and did some of his own stunts himself, including the scene where Eddie falls through the ceiling in the episode Burglary.

6. The Hitler name was drawn from Edmondson’s real family 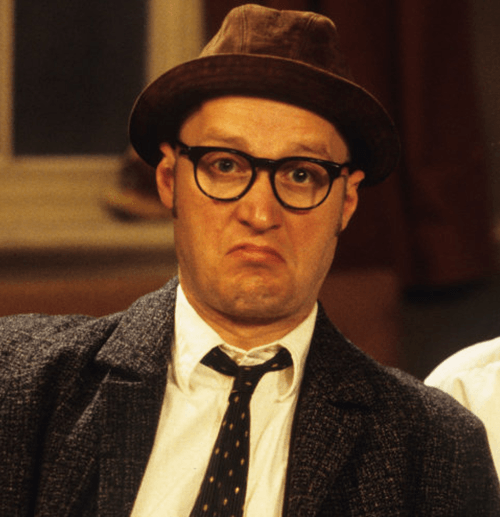 During the show, there were many references to Eddie’s surname being Hitler and asking if he was any relation to the dictator – in real-life, Edmondson’s father was actually called Adolf!

5. All episodes ended in exactly the same way 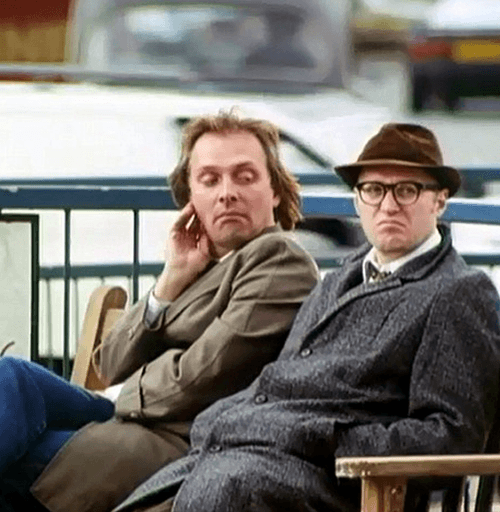 During its run, all 18 episodes, spanning three seasons, ended the same way, with a freeze frame of the action occurring on the screen at the time.

4. It’s packed with references to other shows 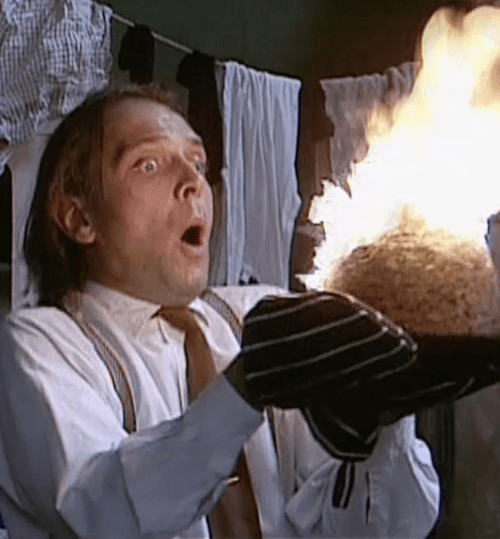 Many classic books, films and series are referenced during the show, including Charles Dickens’ classic A Christmas Carol, the classic sci-fi series Blakes 7 and the well-loved kids’ show The Wombles.

3. Mayall and Edmondson’s buddies made cameos 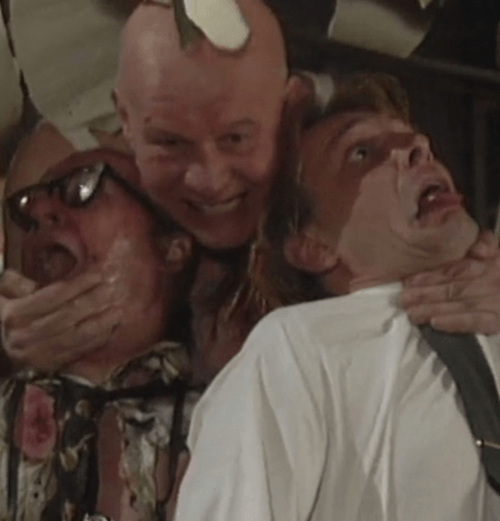 During the run of Bottom there were several co-stars who the starring pair had worked with in the past, including Christopher Ryan from The Young Ones and Brian Glover who appeared with Mayall in An American Werewolf in London.

2. Mayall would make threats on the audience to laugh before shows began 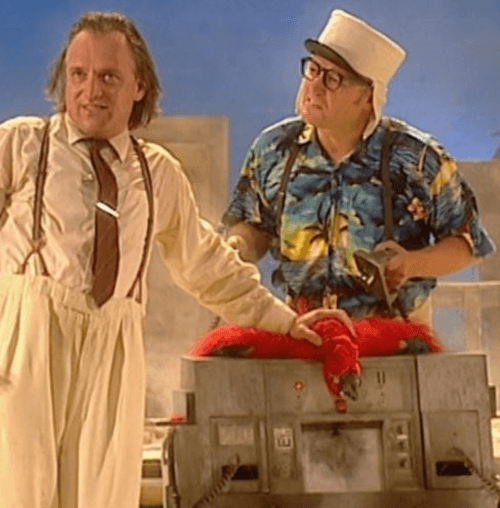 When warming up the audience for the shows, Mayall and Edmondson would come out in character and make crude jokes, and Mayall even threatened to go round members of the audience’s houses and s**g them all to death if they didn’t laugh at the show.

1. Another series was planned before Mayall’s death 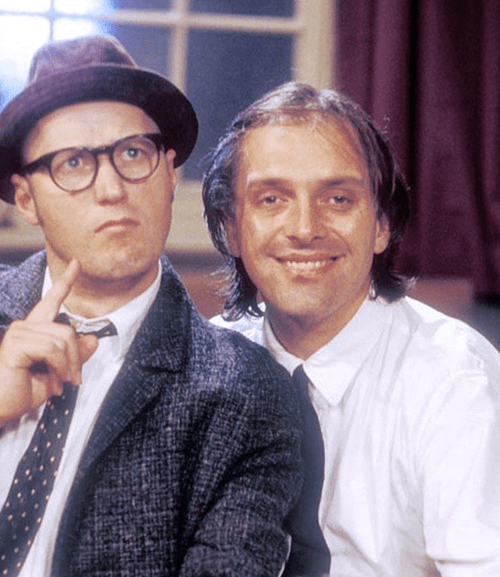 Mayall and Edmondson had planned a final series of Bottom which could have been brilliant, seeing the two as elderly grumpy men in a retirement home, where they would hit each other over the head with items including colostomy bags!