Directed by Steven Spielberg, fresh off inventing the modern blockbuster in the previous decade with Jaws, produced by George Lucas, who helped him to do it with Star Wars, and starring Harrison Ford, who had recently gifted every young boy his favourite character in Han Solo, 1981’s Raiders of the Lost Ark was a perfect storm of a pop culture moment.

Here are 13 things you didn’t know about this action-adventure classic.

Keep your eyes peeled during the Well of Souls setpiece, and you may spy a couple of famous figures from another Lucas production. Early in the scene, as Indy lifts the slab inside the tomb with Sallah, to the small pillar on the left of Indy can be seen a small engraving of R2-D2 and C-3PO. Though Spielberg was at the helm of the film, Lucas obviously wanted to leave a signature of his own as producer. While George Lucas is synonymous with Star Wars, his accounts of the makings of Raiders of the Lost Ark suggest Indiana Jones was equally close to his heart. For example, Lucas claims he first conceived of an adventurous archaeologist at a similar time to his epic space opera.

As per a personal tradition, Lucas went on holiday during the opening of A New Hope (1977) and was joined by his friend Steven Spielberg. Legend has it that Spielberg, while building a sandcastle on the beach, admitted he’d always wanted to make a James Bond film, and Lucas mentioned his idea for a Bond-esque character in an archaeology-themed adventure movie. After their sandcastle was completed, they contacted screenwriter Lawrence Kasdan with the idea. As for the Well of Souls itself, the set on which it was filmed had previously and recently been used as the Overlook Hotel from Stanley Kubrick’s classic horror The Shining (1980). There’s also another hieroglyph nearby that purportedly shows Princess Leia hiding the Death Star plans inside R2-D2. 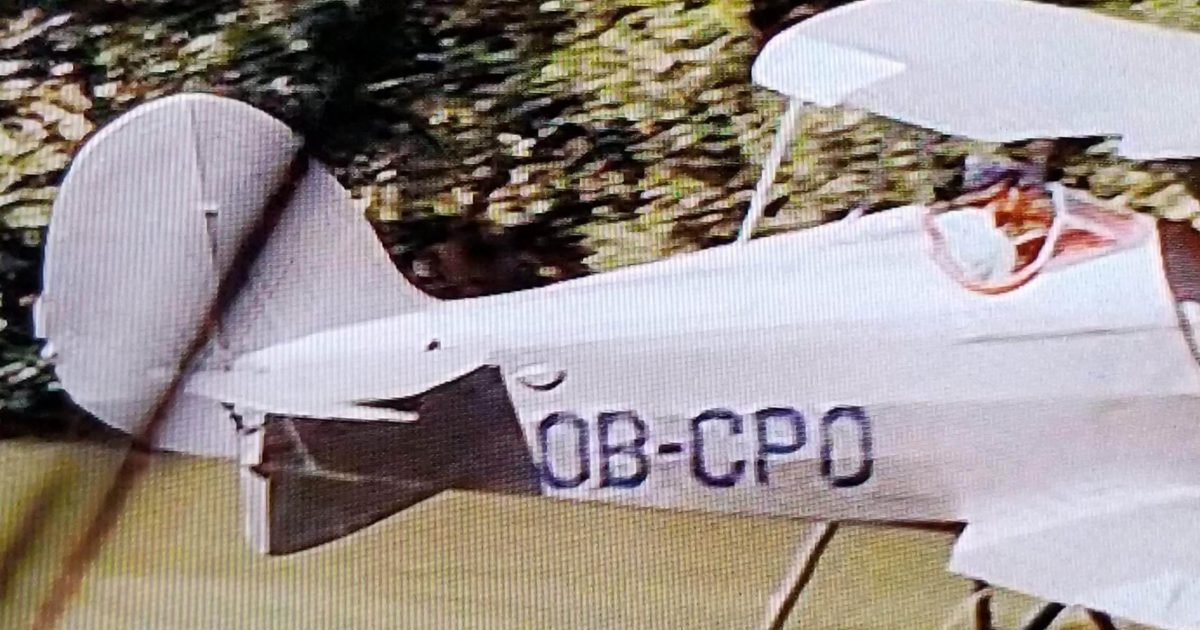 Another possible Easter egg is Jock Lindsey’s biplane that takes Indy to Peru, named OB-CPO, which could be a reference to both the Jedi Knight Obi-Wan Kenobi and the protocol droid.

This might seem like navel-gazing, but let’s be honest – if you were responsible for two of the biggest adventure franchises of all time, would you let that fact go unnoticed?

11. Indy never loses his hat throughout the film

It’s not accidental: in Raiders of the Lost Ark, our hero incredibly never once loses his hat, throughout all the beatings, explosions and high-octane chases. It was a deliberate choice by Spielberg for a couple of reasons. First of all, it references the old movie serials that Raiders pays tribute to, in which the hero’s hat would never fall off through all the action (it was bad form at the time for a man to be seen without a hat). The other reason was, simply, good continuity. The hat, and indeed Indy’s whole outfit, draws much of its inspiration from the 1954 Charlton Heston film Secret of the Incas, directed by Jerry Hopper. The plot of that film bears striking similarities to the opening sequence of Raiders. For one thing, it’s set in Peru, and revolves around the retrieval of a mystical ancient statue. It also plays on the same themes: that greed is fatal, and ancient artefacts must be respected.

In Secret of the Incas, Heston wears a similar hat and leather jacket. Some have gone so far as to say that Raiders is a direct rip-off of the film, which came out almost 30 years prior. Raiders costume designer Deborah Nadoolman Landis has admitted that “we did watch this film together as a crew several times, and I always thought it strange that the filmmakers did not credit it later as the inspiration for the series.” Landis originally bought Indiana Jones’ outfit as new, and worked hard to make sure they looked worn-in by the time of filming. She and Harrison Ford alternated sitting on the hat and breaking its brim to make it look well-loved.

10. Spielberg avoided illness in Tunisia by eating nothing but SpaghettiOs

The reason why Ford improvised the swordsman sequence wasn’t just because it allowed him to show off his impeccable comic timing: he was so ill from the local Tunisian diet that the originally physically demanding scene had to be rewritten. After failing to execute the scene a few times, Ford asked Spielberg why he couldn’t just “shoot the sucker,” and Spielberg agreed to try that version of the scene. What you might not know, however, was that it wasn’t only Harrison Ford who became ill during their time in Tunisia. In fact, most of the cast and crew got sick at one point or another. One of the only people not to become ill due to dietary adjustments was Spielberg himself, and not because he had a stomach of iron: quite the opposite. Spielberg was so fussy about food, and afraid of becoming unwell like the rest of the crew, that he almost exclusively ate SpaghettiOs.

Even more bizarrely, it emerged that Spielberg had in fact packed a suitcase full of tins of SpaghettiOs for the duration of the production. Much of the cast and crew were unhappy shooting in Tunisia due to the incredible heat, including the director, who managed to condense six weeks’ worth of shooting into only four and a half, which with other time-saving measures meant principal photography was completed nearly two weeks ahead of schedule. But even at four and a half weeks, that’s a lot of SpaghettiOs! Assuming Spielberg ate two tins a day, that would come to 63 tins overall, weighing over 25 kilos, or over 23,000 individual hoops. That’s a lot of canned pasta.

9. The “it’s not the years” line was improvised

The sword scene wasn’t the only one Harrison Ford improvised. In Raiders’ most bruisingly romantic moment, as Indy and old flame Marion (Karen Allen) get reacquainted in a cramped cabin aboard Katanga’s ship, the professor delivers perhaps his most famous line, in response to Marion’s implication that he’s grown old: “It’s not the years, honey; it’s the mileage.”

This wasn’t in the original script, however – the line is a Ford original that he ad-libbed on the set.

8. The ‘flying wing’ airplane ran over Ford for real

The scene in which Indy fights the giant German mechanic, played by franchise regular Pat Roach (other than Ford, Roach is the only Indy actor to appear in the first three films, fact fans), was almost as dangerous for Ford in real life as it was for Dr Jones.

One day while filming the scene, the airplane wheel ran over Ford’s knee, tearing the cruciate ligament in his left leg. Even more amazingly, rather than accept treatment, Ford opted to simply wrap his leg in ice and carry on.

7. Spielberg used fruit to teach the monkey how to act

There’s an old moviemaking adage – never work with children or animals – that Lucas and Spielberg decided to ignore in order to make Raiders of the Lost Ark. It was a decision they might have come to regret when they got to set, as the monkey cast as the treacherous, waistcoat-wearing simian would require up to 50 takes just to nail the one scene.

And what was the solution to having the monkey perform the salute? An actually rather simple one: hang a grape from a fishing pole just off-camera, and dangle it in front of the little guy until he raises his arm.

6. Those were real tarantulas

It was trial by fire for Alfred Molina: the actor made his debut on Raiders of the Lost Ark, as Indy’s South American guide Satipo, for an opening sequence that would see his character covered in tarantulas.

But how would Spielberg shoot the scene; using animatronics, or – that classic – fake plastic spiders on strings? No – the tarantulas that coat the future Spider-Man star are real, live tarantulas. It was the first scene that Molina shot on the film.

5. Klaus Kinski could have been the villain 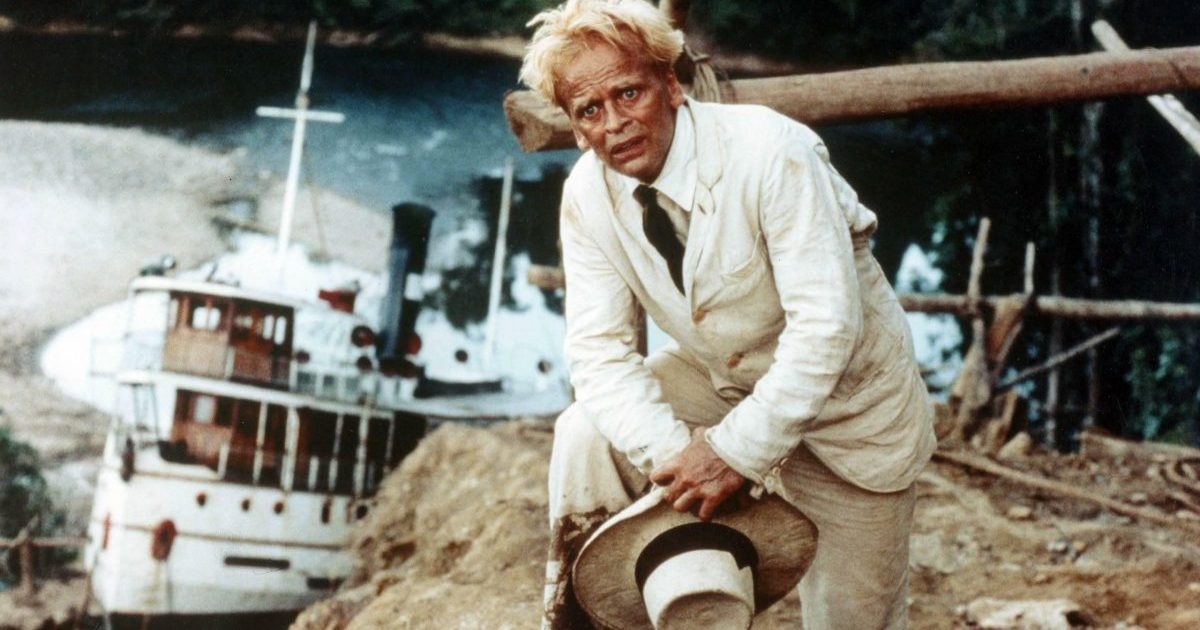 Steven Spielberg, as a fan of cinema as well a director of it, has been known to cast a wide, planet-sized net when casting his movies. So it wouldn’t have been uncharacteristic of him to have made Klaus Kinski, German cinema star and then the infamously difficult leading man of Werner Herzog masterpieces, the villain of Raiders.

4. Indy’s name was changed at the last minute

Some sources cite the name change as coming on the first day of production. At the very least, the film was developed, including at the script stage, with Indy going by a very different last name. Before he was Indiana Jones, cinema’s most badass college professor was named Indiana Smith.

The first name was the name of Lucas’ dog, while the last name was taken from Steve McQueen character Nevada Smith in the film of the same name. Eventually, just before shooting began, Spielberg insisted they change it.

3. Chevy Chase, Bill Murray and Nick Nolte were all considered to play Indy 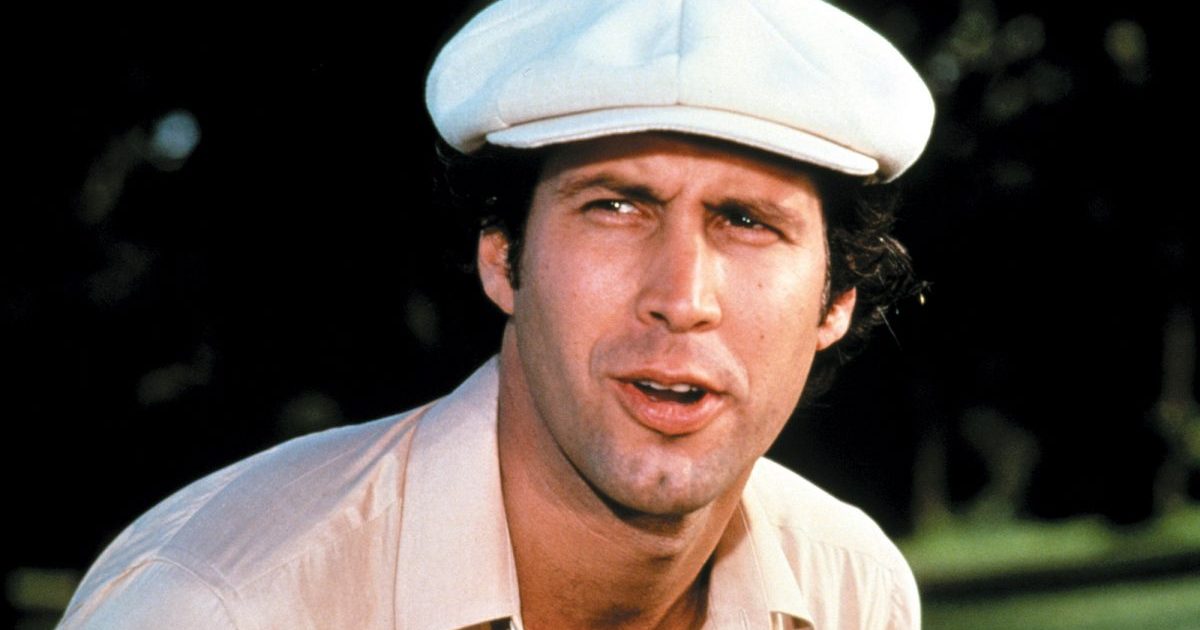 Way back before he alienated everyone in town, then-SNL star Chevy Chase looked a little like a Hollywood leading man – so much so that the Raiders producers actually considered him to play Indiana Jones. He was one among many, however.

Also considered to play the part were Nick Nolte, Steve Martin, Tim Matheson and Bill Murray, so it seems Lucas and Spielberg were, before casting Ford or offering Indy to Selleck, on the lookout for actors with strong comedy chops.

2. Danny DeVito was originally cast as Sallah but had to drop out

John Rhys-Davies more than made the part his own, but the character of Sallah could have belonged to a then-rising comedy actor, if only he hadn’t pulled out before filming began. Spielberg’s first choice for Sallah was Danny DeVito, the star of wildly successful US sitcom Taxi.

The series that was such a smash, DeVito was required to drop out of Raiders and ultimately hand his supporting part over to character actor Rhys-Davies.

1. The ‘spirits’ at the end are actually underwater mannequins

The Raiders finale, surprisingly scary for a climax to what is essentially a family film, so bothered censors it was originally awarded an R rating (Spielberg had to add flames to obscure Belloq’s exploding head in order to secure a PG certificate).

But how scary would the sequence still seem if you were to discover that the ‘spirits’ emanating from the Ark are actually just mannequins? Take another look: the Ark’s ghosts are display models, shot underwater by Spielberg, and moving in slo-mo.