12 Classic Characters From Eastenders. Who Remembers Them All?

The theme tune from Eastenders takes me right back to my childhood. I used to watch every episode when it only appeared on a  Tuesday and Thursday night. Eastenders broke onto our screens in 1985 and quickly became one of the most popular shows to watch. A catchy theme tune and memorable cast made it ‘don’t miss’ TV. Here are some of the most memorable characters, good and bad. Let’s see if your favourites are mentioned! 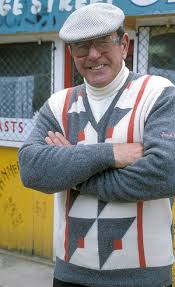 I was told by my big brother that I had to mention the legend that is Frank Butcher. Frank was a loveable rogue; a true wheeler-dealer. His on-off affair with Pat kept viewers interested and ratings high. Sadly, Mike Reid who played the character died in 2007 and the character could be no more. When I think of Frank, it is his trademark gravelly voice that springs to mind.  What do you best remember Frank for? 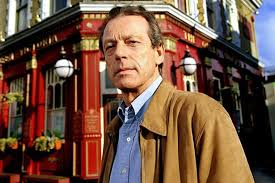 Den, played by Leslie Grantham, has got to be one of the most classic and memorable characters in soap history. Den was the original landlord of the famous pub, The Queen Vic, and his volatile relationship with his wife, Angie, had people rooted to the TV each week. When he told Angie he wanted a divorce on a Christmas Day episode, 1986,  the soap racked up over 30 million viewers! Did you see this episode? I did and I can still remember my Mum crying. 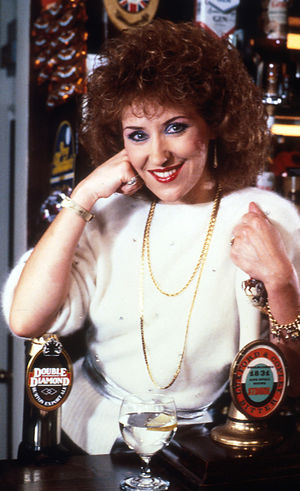 Wow, Angie Watts; what an amazing soap character. There are few female characters that have been so memorable, in my opinion. Anita Dobson did a great job as the permed beauty with loads of character. Her distressing marriage to Den saw her turning to alcohol and was one of the first depictions of an alcoholic on mainstream TV. Many were rooting for her as we watched Den’s extra marital affair with posh Jan. Let’s not forget her classic chart topper which reached number 4, “Anyone can fall in love.” It had us all singing along to the Eastenders theme tune in no time. Did you know that in real life Anita Dobson is married to the very famous Brian May? 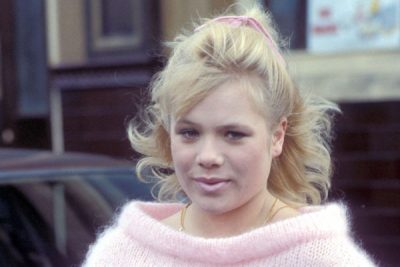 Sharon was the adopted child of Den and Angie, referred to by Den as ‘Princess.’ A fun, curvy blonde who was tired of all the fighting in the family. I was so jealous of her pink leggings and denim skirt and used to try and fashion my hair like hers but always came up short. She dated Ian Beale, Simon Wicks and Grant Mitchell. Letitia Dean quit this role in 1995 and returned, looking slightly more sophisticated in 2001. Did you think her return was a good idea? 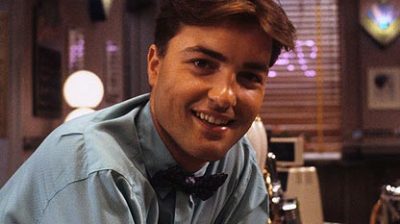 Simon Wicks! Wicksy. He was my first childhood crush. Who could fail but to fall in love with his boy next door face and cheeky smile? When he released his number one song, “Every Loser Wins” I played it on repeat and knew every word. Did you buy this record? His most famous storyline was his adulterous relationship with Cindy Beale, Ian’s wife. 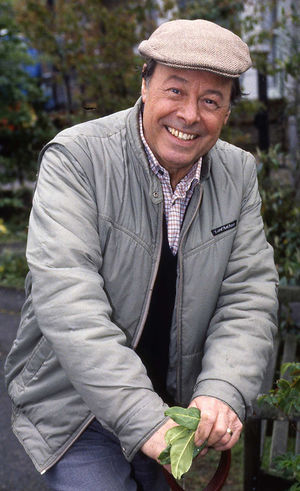 Arthur Fowler is greatly remembered as a central character of Eastenders. He could often be seen in his beloved allotment and who could blame him for wanting to escape from Pauline Fowler and his mother in law, the dreaded Lou Beale? The scene I most remember him for was his Christmas Day breakdown – what fantastic acting! Did you see this scene the first time around? The living room took a serious pummelling! 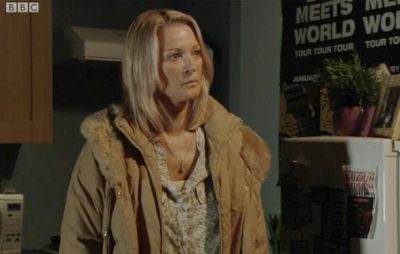 Kathy, played by Gillian Taylforth, was a hugely popular character on the show. She was married to Pete Beale and worked both in The Queen Vic as a barmaid and also on Pete’s fruit and veg stall. Kathy was kind and warm, liked by male and female viewers. Two of her biggest storylines both involved rape. Firstly, there was Donna, the daughter she gave up because she was a product of rape. Secondly, and perhaps the most memorable was when Kathy was raped by James Willmott-Brown when she was employed at The Dagmar wine bar. 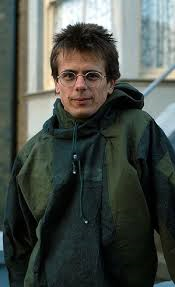 Lofty; the lovable nerd! Lofty was an unusual choice of character, a caring but geeky individual with spiky hair and glasses. His name came from his great height. He is best remembered for being stood up at the altar by Michelle Fowler. We watched him squirm when Angie tried to seduce him whilst drunk; but not many people know that the two actually had a relationship together in real life! 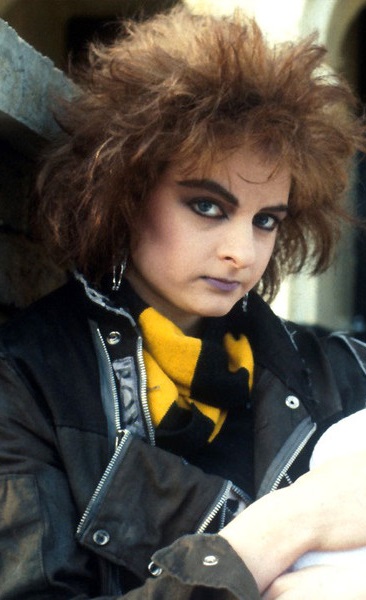 Mary was one of my least favourite characters from the 1980’s. She was a single mum, with the style of a punk, who regularly made poor choices regarding her daughter, Annie. Several people tried to help her along the way, including Dot Cotton, but she always seemed to end up in trouble again. What did you think about Mary? Love her or hate her? 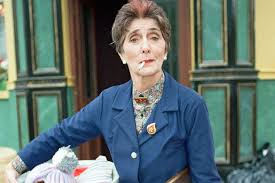 If you say the name, Dot Cotton, it is impossible not to think of cigarettes and overalls. Dot worked in the launderette and always had a cigarette hanging out of her mouth. Dot, played by the amazing June Brown, was a strong Christian and was always quoting the Bible or gossiping. Her biggest strife in life came in the form of her criminal son, Nick Cotton, another fantastic character on the show. 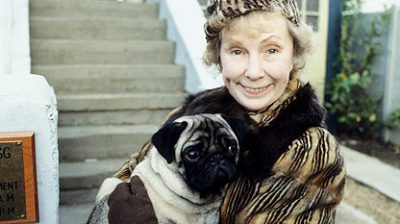 Ethel was one of the original cast of Eastenders and was never seen without her beloved pug, Willy, named after her husband. She was best friends with Dot Cotton and they supported and annoyed each other in equal measure. Many tears were shed when Dot helped her to die with dignity many years later. 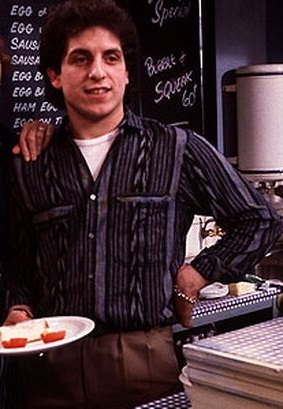 Ali appeared in the first ever episode of Eastenders in 1985. He worked in The Bridge Street Café with his highly strung wife, Sue. Few could forget his large, curly barnet.  Ali was a heavy gambler and often held poker nights after closing time. One of his most memorable story lines was losing his baby son to cot death. It was hard hitting and emotional storylines such as this that quickly gave Eastenders volumes of loyal viewers.

Let us know which of these characters was your favourite and who you loved to hate. Was Eastenders better back in the day or do you enjoy the current episodes? We would love to hear your thoughts in the comments below.