12 Celebrities Who Had Epic Hair In The 80s

The 80s was truly a decade of outrageous fashion and questionable hairstyles. Hair metal rockers Motley Crue popularised big hair, whilst football fans were in awe of Kevin Keegan thanks to his footballing skills and his amazing perm.

Whilst not everyone wants to be reminded of which looks they were rocking when they were younger, it’s different for people in the public eye who were setting hair trends for the rest of us to follow blindly.

In the list below, we take a look at 12 celebrities who had epic hair in the 80s. Just don’t blame us if these photos ruin your appreciation of certain actors, actresses and even tennis players when they were younger! 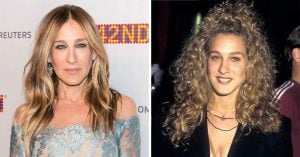 Before SJP was gracing our screens in the 2000s as Carrie Bradshaw in Sex and the City, she had already forged a successful acting career in both film and television. In the 80s, Parker appeared in a string of iconic movies including Footloose (1984) and Girls Just Wanna Have Fun (1985). However, it was arguably her huge flowing perm that really epitomised the era, a look that she might not want fans to know about today! 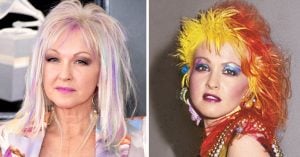 OK, Cyndi Lauper has always had epic hair, but the 80s was when she really reached both her musical and hairstyle peak. Bright yellow and red hair dye, what can possibly go wrong? Team it with neon pink make up and some huge pearls and you have one of the most unforgettable looks of the 1980s! Time after time, Cyndi proves that eighties hair is the best kind of hair.

3. A Flock of Seagulls 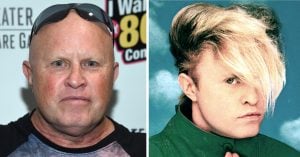 A Flock of Seagulls were the iconic 80s band with those indescribable hair cuts! They had a string of hits throughout the decade including “I Ran (So Far Away)” (1982), “Space Age Love Song” (1982), “Wishing (If I Had a Photograph of You)” (1982), and “The More You Live, the More You Love” (1984). The Liverpool pop group even won an Emmy in 1983 for their instrumental “DNA”. Leading man Mike Score hasn’t been doing as well in the hair department since his 80s hey day, but he’ll always be remembered for that ridiculous back combed haircut. 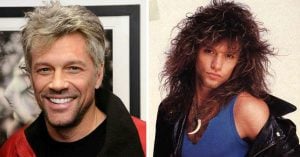 Jon Bon Jovi was a major heart throb back in the day, with millions of worshipping fans in love with his luscious wavy locks and charismatic stage presence. He broke onto the 80s music scene with Slippery When Wet and later went on to produce albums for Cher and Alice Cooper with his bandmate Richie Sambora. After a string of successful hits throughout the mid to late 80s, in 1992 Bon Jovi made the fateful decision to cut his locks and leave hair metal behind, an act which later made headline news on CNN! 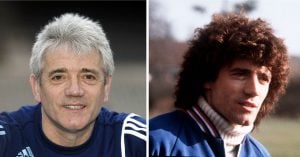 Kevin Keegan is the only footballer to make it onto our list, but we couldn’t do an article on 80s haircuts without mentioning the Liverpool and Newcastle United player. He was a hair icon throughout the 70s and 80s, with his familiar perm arguably making him one of the first ‘superstar’ football players in the top flight. David Beckham, take note! Angela, Keegan’s hairdresser during his Southampton days, explains how the famous ‘Keegan Kut’ came about: “He needed a hairstyle that would be easy for him while he was playing football for Southampton. He wanted volume, he wanted his hair always looking good on the pitch and then others started following suit.” 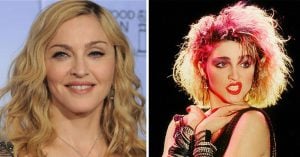 The Princess of Pop has undergone several hair transformations during her musical career, but none were more iconic than the tousled bob she wore when she burst onto the scene in the early 80s. She paved the way for millions of female fans around the world to try and copy her style, increasing global sales of hairspray, lace gloves and crucifixes in the process. 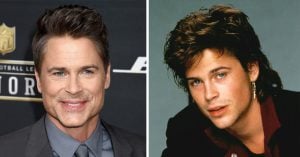 Rob Lowe was one of the most popular pin ups of the 80s and we are in no doubt at all that his lustrous, glossy mane had something to do with it. Lowe found fame as a young actor with films such as The Outsiders (1983), St. Elmo’s Fire (1985)and About Last Night… (1986). He quickly became known as one of the principle members of the Brat Pack, and arguably had the best hairstyle in the group. Team it with a cigarette and an earring in one ear, and you have one of the most iconic male looks of the 80s. 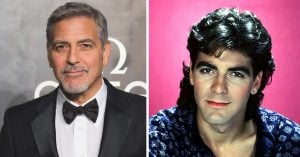 George Clooney has had a long and successful career as an actor, making the transition from TV to film with relative ease. However, before we knew him in blockbuster movies such as Ocean’s Eleven (2001), he was a star of the small screen in the 1980s. He rocked a thick head of hair for supporting roles in Roseanne and Bodies of Evidence, before tragically shearing off his mane for his first appearance as Dr Doug Ross on the hit medical drama ER. 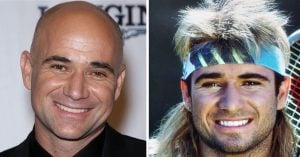 Andre Agassi is widely regarded as one of the best tennis players of all time. However, did you know that whilst he was smashing records on the court, he also rocked one of the most dramatic haircuts of any sportsman in the 1980s? Agassi began his professional tennis career in 1986, and initially refused to play at Wimbledon because he didn’t agree with the club’s traditionalism, particularly their all-white dress code. With an epic mullet like that, we’re not surprised! 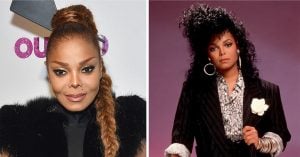 Janet Jackson was a successful pop star in her own right during the 80s and 90s, despite having to forge her musical career in the shadow of her late brother, the King of Pop, Michael. Her 1989 album Rhythm Nation 1814 contained a string of hits and became the only album in history to produce number one hits in three separate calendar years. Jackson was also known for her provocative lyrics and became a sex symbol thanks to her iconic modelling spreads in publications such as Rolling Stone. She also rocked a giant perm in the 80s, which we think deserves the biggest accolade. 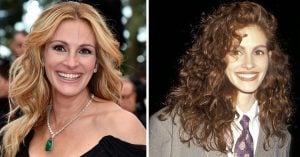 Julia Roberts has become known as one of America’s sweethearts, an actress who can do no wrong – except with her haircut in the 1980s. Julia rocked a giant perm when she burst onto the Hollywood scene due to film successes including Mystic Pizza (1988) and Steel Magnolias (1989). Despite her questionable hair do, she was always a hit with fans thanks to her sensational acting and natural good looks. In fact, Roberts has been named the world’s most beautiful woman by People magazine a record five times. 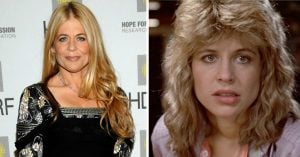 Linda Hamilton is best known for her role as Sarah Connor in Terminator. Since then she’s had a successful career in film and TV, but it’s her hair cut which has really transformed since her early days as an actress. Her look in Terminator was truly a sign of the times, but she eventually got rid of it and shed the 80s look for something a little more modern.

Which kind of hairstyle were you rocking back in the day? Let us know in the comments section below!