How many of you, like us, had a favourite teddy bear cuddly toy when you were a child? They gave us warmth, love and security, and were always available to give us hugs, no matter what time of the day or night it was.

So it’s no surprise that toymakers and TV programme producers would be inspired by teddy bears when it came to the creation of their various products, such is the universal appeal they have. Below are 12 bears, from the world of TV shows, cartoons and toys, that all 80s kids should remember. 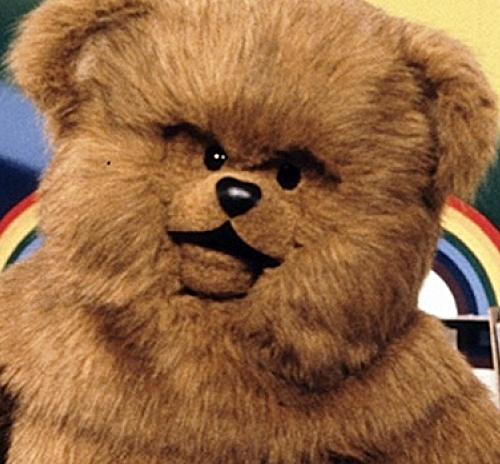 We’ve always thought of Bungle from Rainbow as being rather cute, but the Bungle we know and love was not the original version. We’re not at all surprised they changed his look, because he started out being absolutely terrifying!

As much as we loved Rainbow, there was something not quite right about the characters sharing a bed and a bath, and what’s stranger is that Bungle would clearly never fit in the bath, even if he tried! 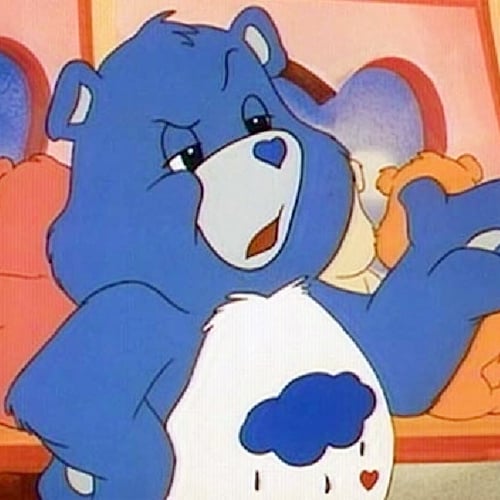 The Care Bears were able to bring joy wherever they went, and that’s one of the reasons we loved them so much, whether they were on our TV screens as animated characters, or at the end of our beds as cuddly toys. 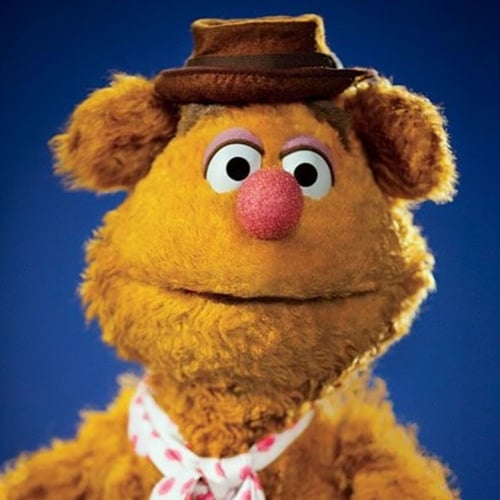 The lovable comedy genius Fozzie Bear is best known for being part of The Muppets, but we remember him best from an animated show rather than a live action puppet-based one.

We are of course referring to Muppet Babies, a delightful little cartoon with an extremely catchy theme tune, that saw the miniature Muppets go on adventures solely through the power of make-believe. 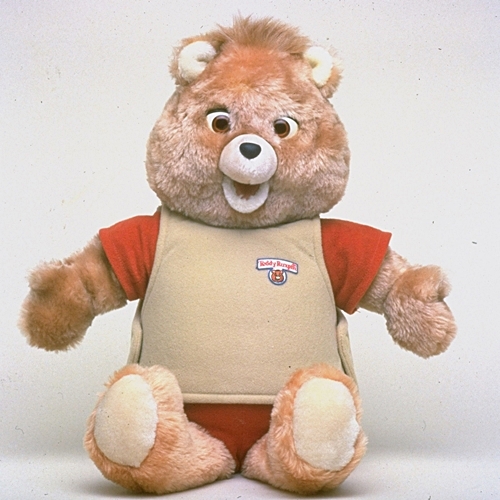 Teddy Ruxpin was a toy bear that could talk to us thanks to the amazing technological marvel that was cassette tapes, but did you know that he was also the star of his very own animated show?

The Adventures of Teddy Ruxpin used a number of the same voice actors that were used on the toy bear’s cassette tapes. There were 65 episodes of the show, which saw Teddy leaving his home on the island of Rillonia with his best friend Grubby. 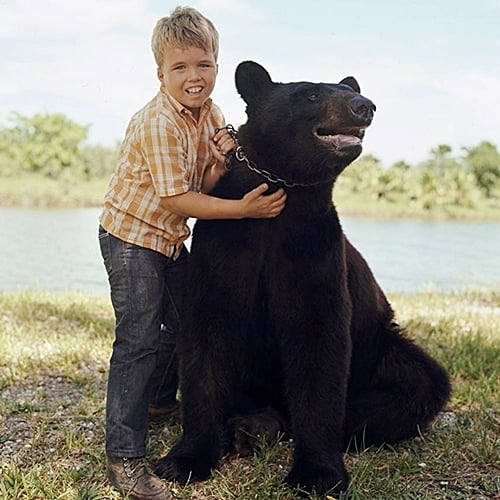 Gentle Ben began life as a 1965 children’s novel, telling the story of the friendship between a large male bear named Ben and a boy named Mark.

The TV show we remember so well was actually created in the late 1960s, but we were big fans of the repeats that aired during the 1980s, and we suspect that we’re not alone. 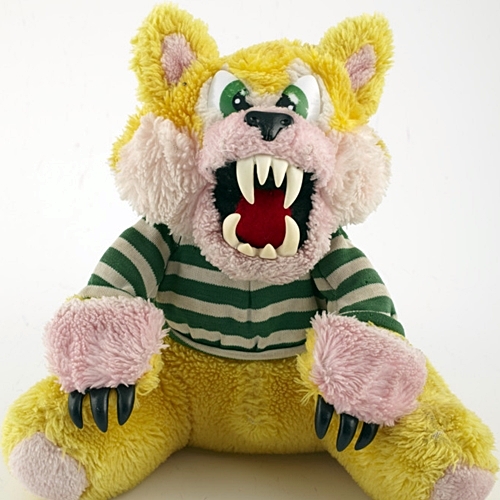 An absolutely genius idea of a cuddly toy that could be both cute and ugly, both friendly and scary, WereBears appealed to both sides of our personality.

We soon found that we only had love for our adorable WereBear however, even when he did take his supposedly monstrous form. 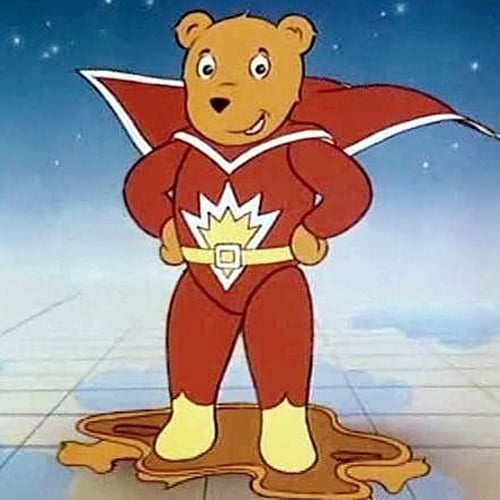 The gorgeous SuperTed was created in 1978 by Mike Young. Rather than being a money-making venture, Mike made up the story to help his son overcome his fear of the dark, as SuperTed was originally also afraid of the dark until he got given his superpowers.

Mike later published over 100 SuperTed books, as well as the legendary cartoon series that we all know and love. 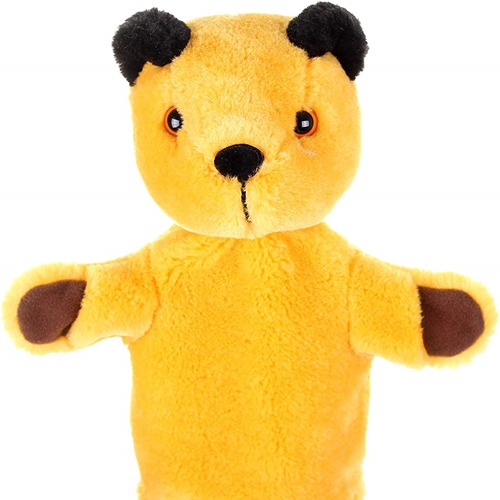 The Sooty Show was one of our very favourite TV shows as a little kid, so much so that our mum informs us that, in the age before VCR, we cried every time an episode ended!

Sooty wasn’t actually created for TV, instead being a genuine puppet toy bear that Harry Corbett bought as a present for his son, Matthew Corbett, from a stall when they were on holiday in Blackpool. 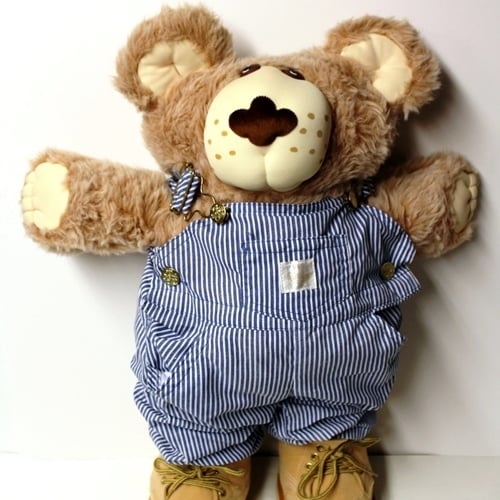 Furskins were a range of toy bears that came in many different sizes and outfits, and whilst we don’t remember them being massively popular, we suspect that there were still a number of you that owned one.

Furskins were created during the 1980s by Xavier Roberts, and whilst they are popular with collectors, they are definitely not as sought after as another of Roberts’ creations, the Cabbage Patch Kids! 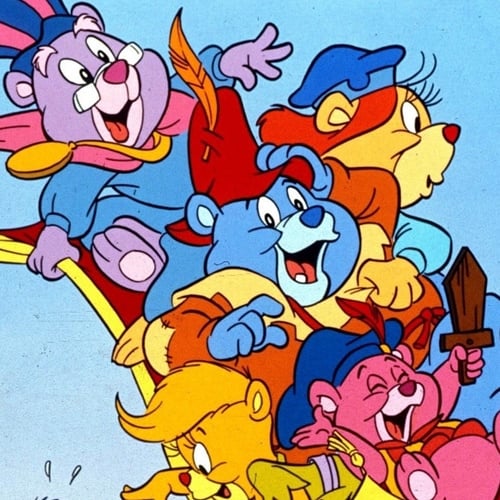 The Gummi Bears cartoon series, which was actually called Disney’s Adventures of the Gummi Bears, was the very first animated production by Walt Disney Animation Television.

The cartoon was (very loosely) based on the tasty sweets of the same name, and there were also large Gummi Bears soft cuddly toys, as well as smaller plastic figures. 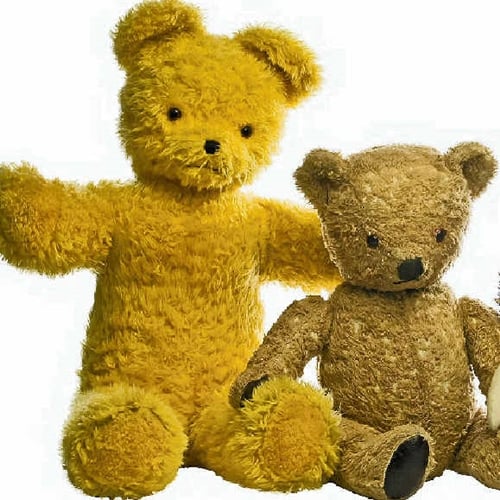 Well, we couldn’t include one without the other, could we? Big Ted and Little Ted were of course two of the toys on the legendary preschool TV show Play School.

Play School first hit our TV screens all the way back in 1964, and ran for 24 years until 1988. The two teddy bears were part of a group of five regular toys that also included Humpty, Jemima and Hamble.