12 Amazing Gadgets That Will Transport You Back To Your Childhood

Many of us love testing out the latest gadgets, and whilst technology has evolved way beyond what our childhood selves could ever have imagined, we still have a big place in our hearts for the items that we tinkered with during the 80s and early 90s.

Much of the technology listed below was basic, some of it was pretty ineffective, and one or two items were, dare we say it… rubbish, but that doesn’t stop us from being filled with nostalgia when we remember the joy they brought us when we were kids. We hope that viewing the following 12 retro gadgets really will transport you back to your childhood, and we would love to hear your childhood technological memories, so please do let us know about them by posting a comment. 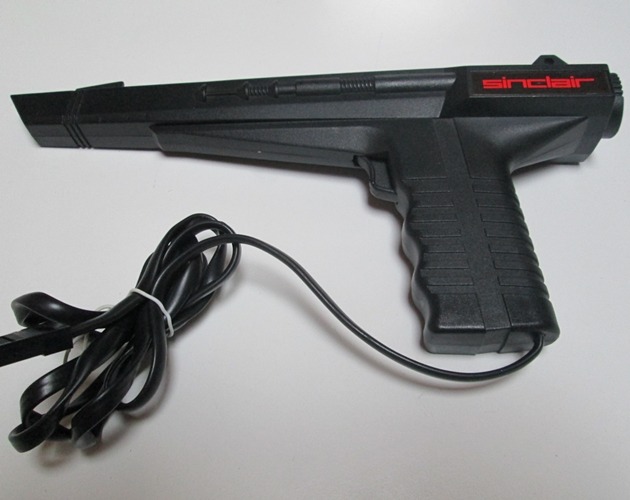 We were lucky enough to own the ZX Spectrum’s light gun when it was released, and remember using it on the games Operation Wolf and… err…. Operation Wolf!

Unfortunately, the only way we could get it to work was to press it up against our tiny gaming TV screen, but at least the anticipation gave us a slight thrill. 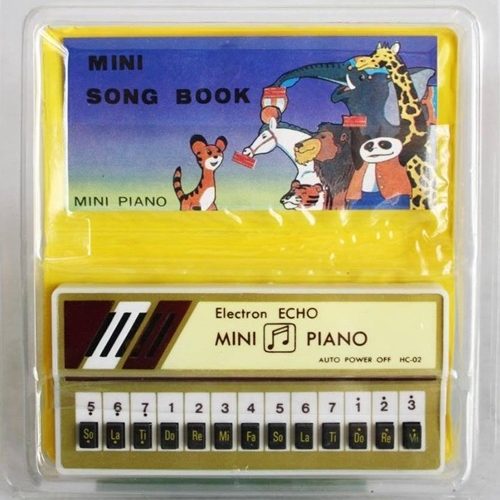 Regular Casio Keyboards feature further down our list, but they were no good for transporting to a friend or relative’s house, unlike the tiny Electron Mini Piano.

It made a surprisingly strong noise for such a tiny bit of kit, and of course came with song instructions for us to play along to. 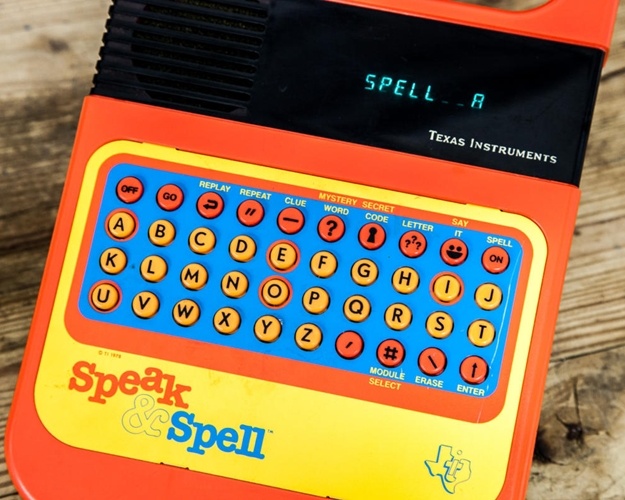 Speak and Spell is one of the defining electronic toys of our entire childhood, and we suspect many of you, like us, were lucky enough to own one.

We may not have grown up to be J.K. Rowling, but we do ok, and we believe that Speak and Spell is largely to thank for our literary education. 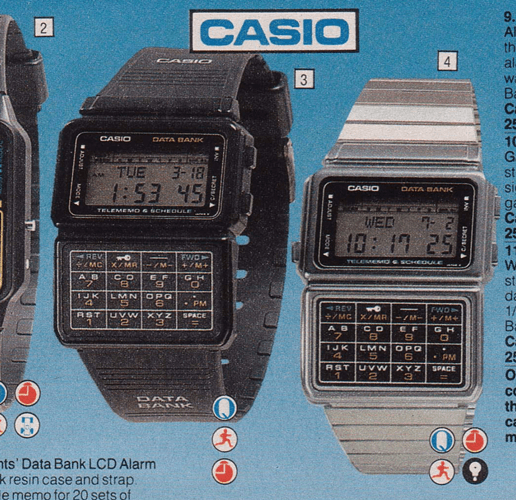 These days watches can do all kinds of futuristic things, but back in the 1980s we were happy to be able to tell the time in the dark with our watch’s amazing light button.

Casio watches came in all different shapes and sizes, and we bet that many of you owned at least one. 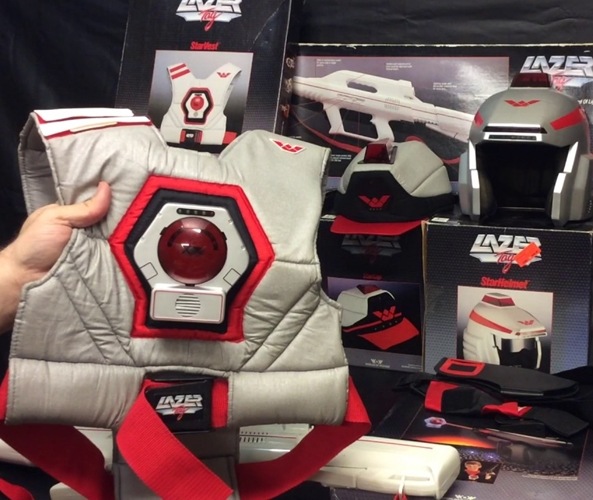 Acting a bit like the TV game show Interceptor (remember it?) Lazer Tag saw us shooting virtual holes in our mates long before the days of Call of Duty.

It involved carrying around giant guns and wearing heavy backpacks, and it didn’t always work, but we didn’t care one bit. 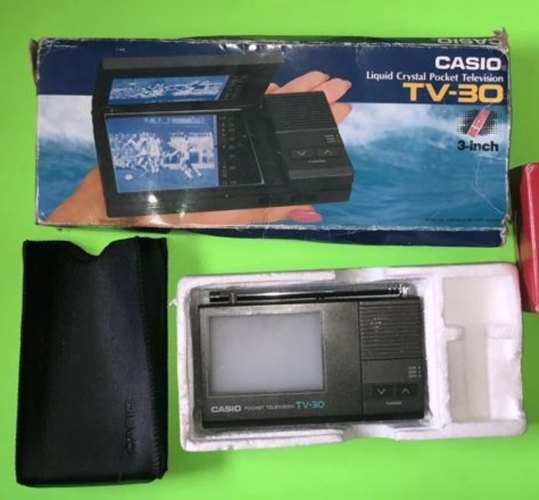 They should have been prosecuted under the trade descriptions act, because there’s no way they’d fit in your pocket, but despite that, Pocket TVs really were like something from the future.

With screens so tiny you could barely see what was being displayed, Pocket TVs were somehow still a must own 80s gadget. 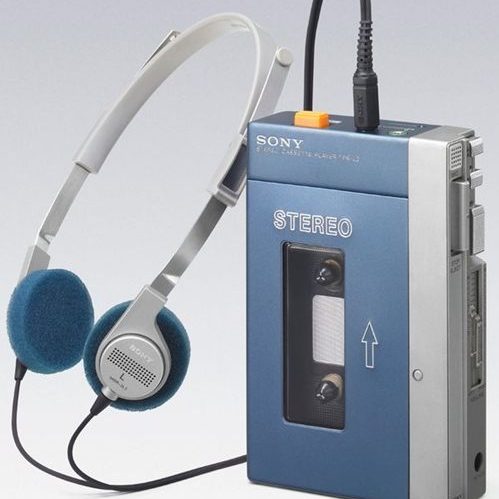 The day we realised we could listen to our music collection on the go was the day that our youth really began, and Sony Walkmans were at the forefront of this revolution.

We remember the day we first owned a Walkman that would turn sides without having to remove the cassette, and we genuinely thought that technology could never get any better. 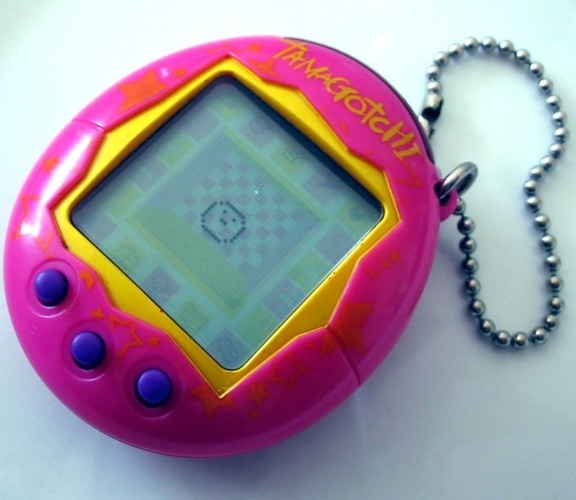 Our parents were loath to let us have our own real life pet, but we weren’t complaining too much when we got our hands on a Tamagotchi.

Despite occasionally forgetting to feed and care for our virtual pet, with dire consequences, Tamagotchis were one of our very favourite early 90s gadgets. 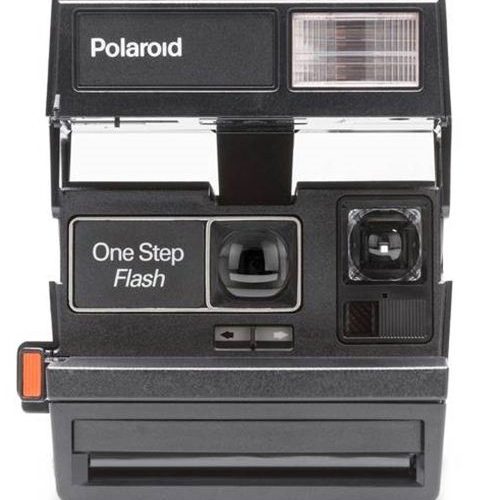 Cameras that immediately print a picture still feels like futuristic technology to us, despite the fact that Polaroid Cameras are really hard to come by these days.

They’re sadly all but obsolete in the days of Mobile Phones, but we still occasionally miss using the old technology. 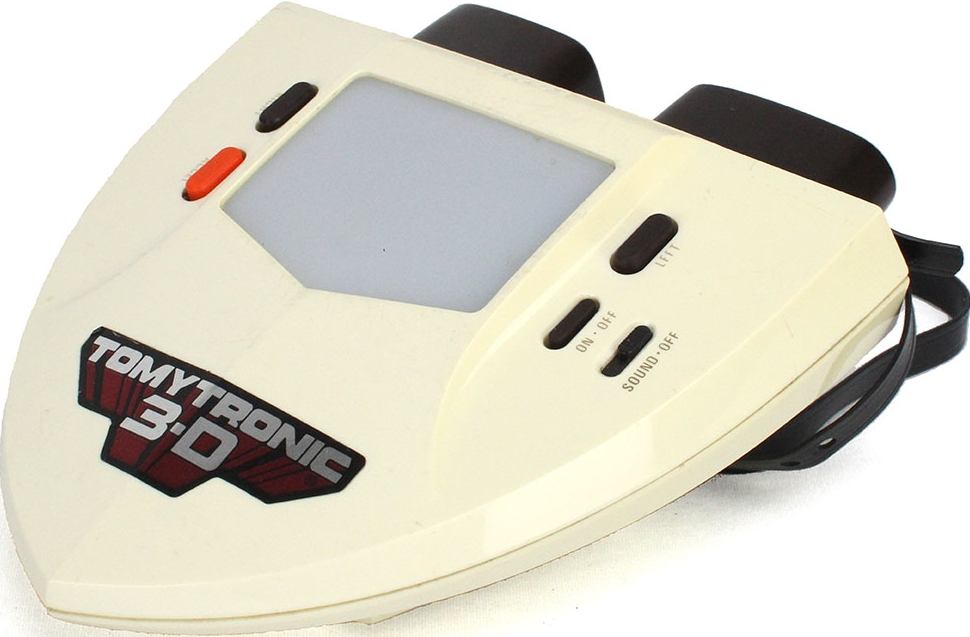 You can keep your PS VR, HTC Vive and Oculus Rift, because during our childhood we had Tomytronic 3D, and it was all we needed.

Whether you owned the Thundering Turbo game or one if the others it didn’t really matter, because they were all absolutely amazing. 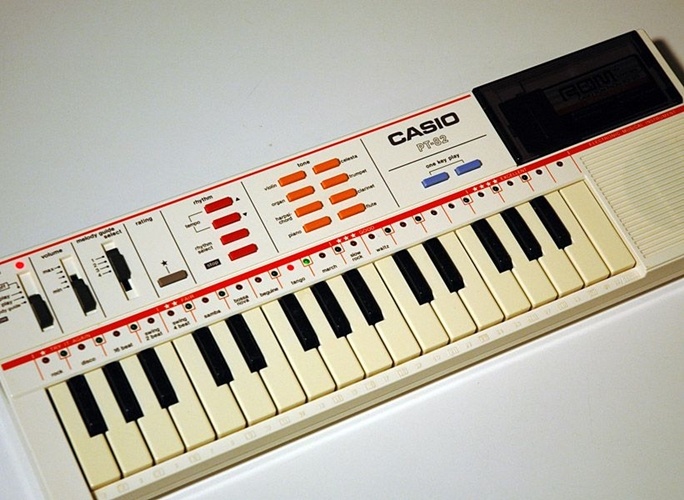 Casio Keyboards came in all different shapes and sizes, and we wanted to own one so badly.

Thankfully our Grandparents let us play on theirs, and by some kind of black magic, their keyboard was able to play fairly complicated tunes by itself, whereas we could barely play a decent rendition of London’s Burning! 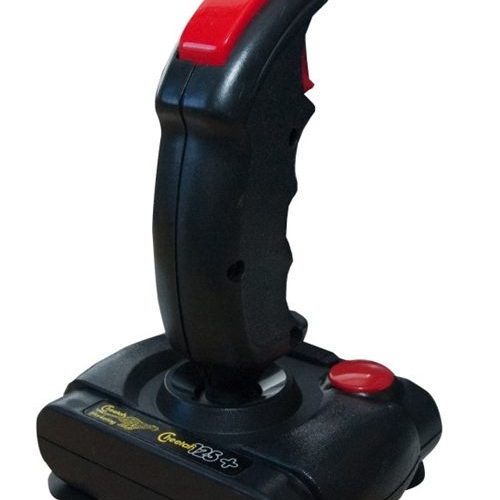 If you owned a ZX Spectrum then you simply had to purchase a Kempston Joystick to go along with it, else you’d wear out your rubber Z and X keys playing Daley Thompson’s Decathlon.

Unfortunately, the same game also destroyed many a joystick with its constant reliance on waggling, no matter how well they were made.