1980’s Airplane! is a bona fide comedy classic. It doesn’t make the slightest bit of difference whether you’ve seen any of the airborne disaster movies that the film is spoofing, the film from directorial trio David Zucker, Jerry Zucker and Jim Abrahams is laugh-a-minute stuff that arguably holds up just as well today as it did on release. But did you know the following fascinating facts about this furiously funny film?

10. All three of its directors were first-timers 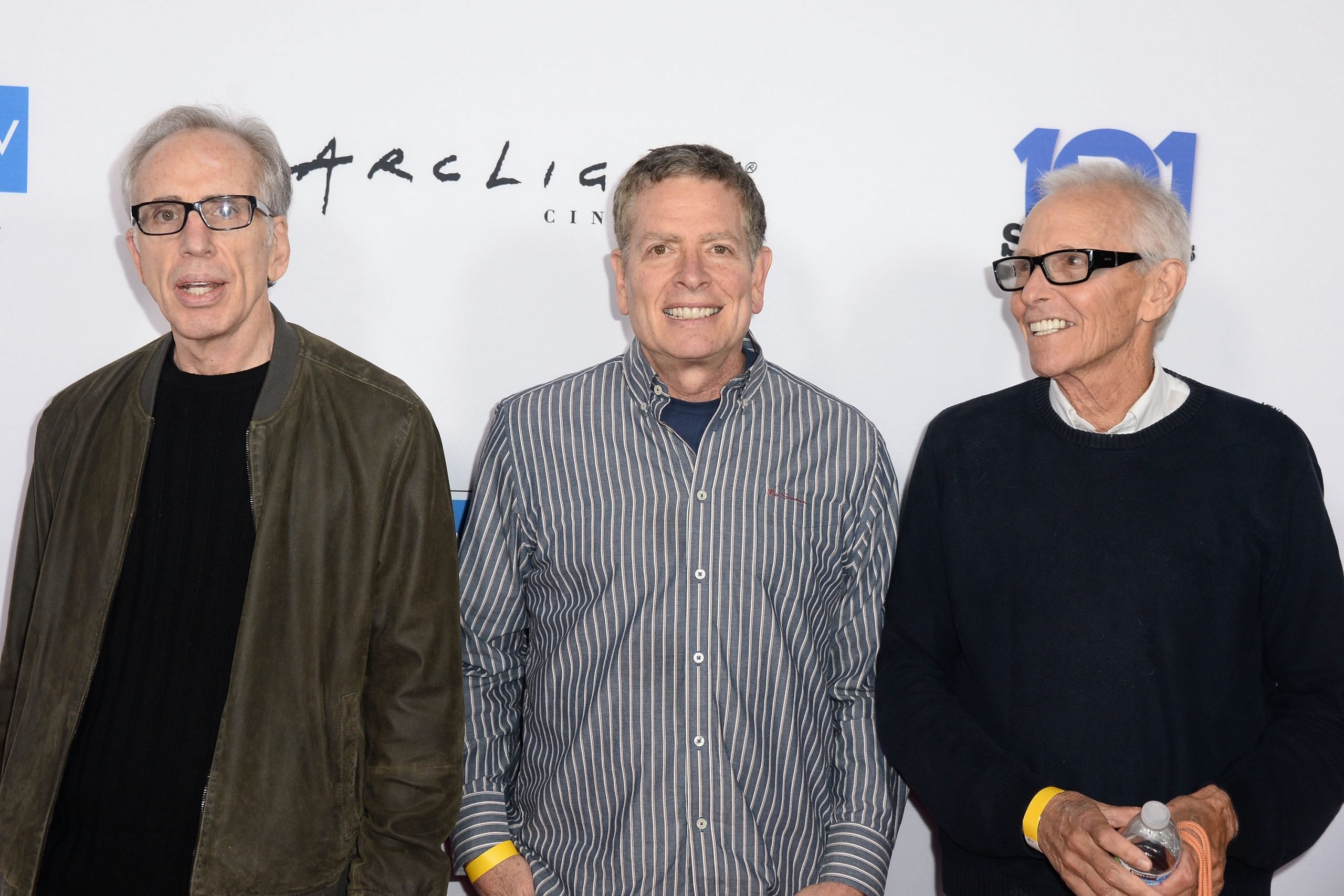 Directorial duos are fairly commonplace, but there aren’t too many major movies on which three people share directorial responsibilities. This was the case on Airplane!, which is directed by brothers David and Jerry Zucker, along with Jim Abrahams (the three men also wrote the film).

What makes this all the more remarkable is that none of them had ever directed a film before. Previously, the Zuckers and Abrahams had co-written 1977 comedy The Kentucky Fried Movie, directed by John Landis.

9. Actors without comedy backgrounds were deliberately chosen to star 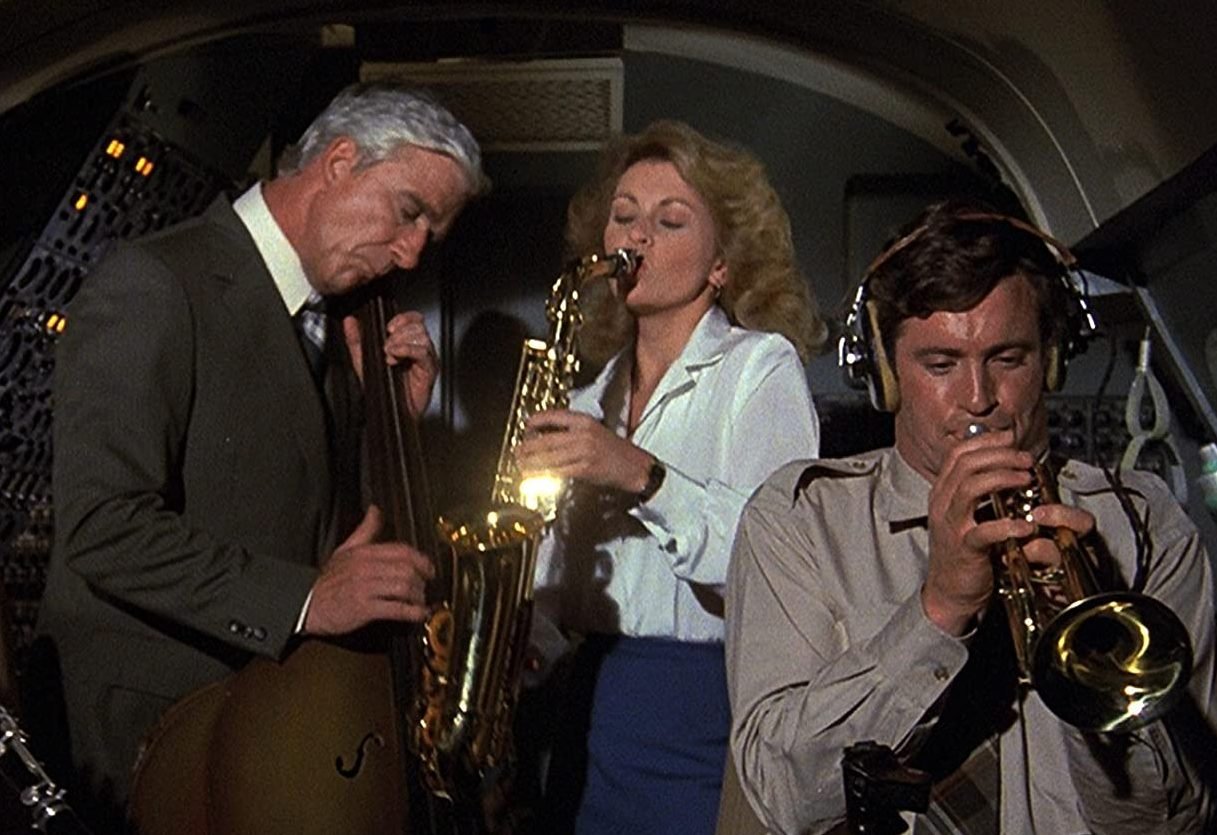 Airplane! was specifically designed to send up the disaster movie genre, which tended to feature absurd elements played entirely straight. With this in mind, the filmmakers decided not to cast established comedians in the film, feeling it would be far funnier to cast dramatic actors.

Most of the film’s more seasoned actors – most famously Leslie Nielsen and Lloyd Bridges – had never done comedy before, and the film had a significant impact on their careers.

8. The male lead was written with David Letterman in mind 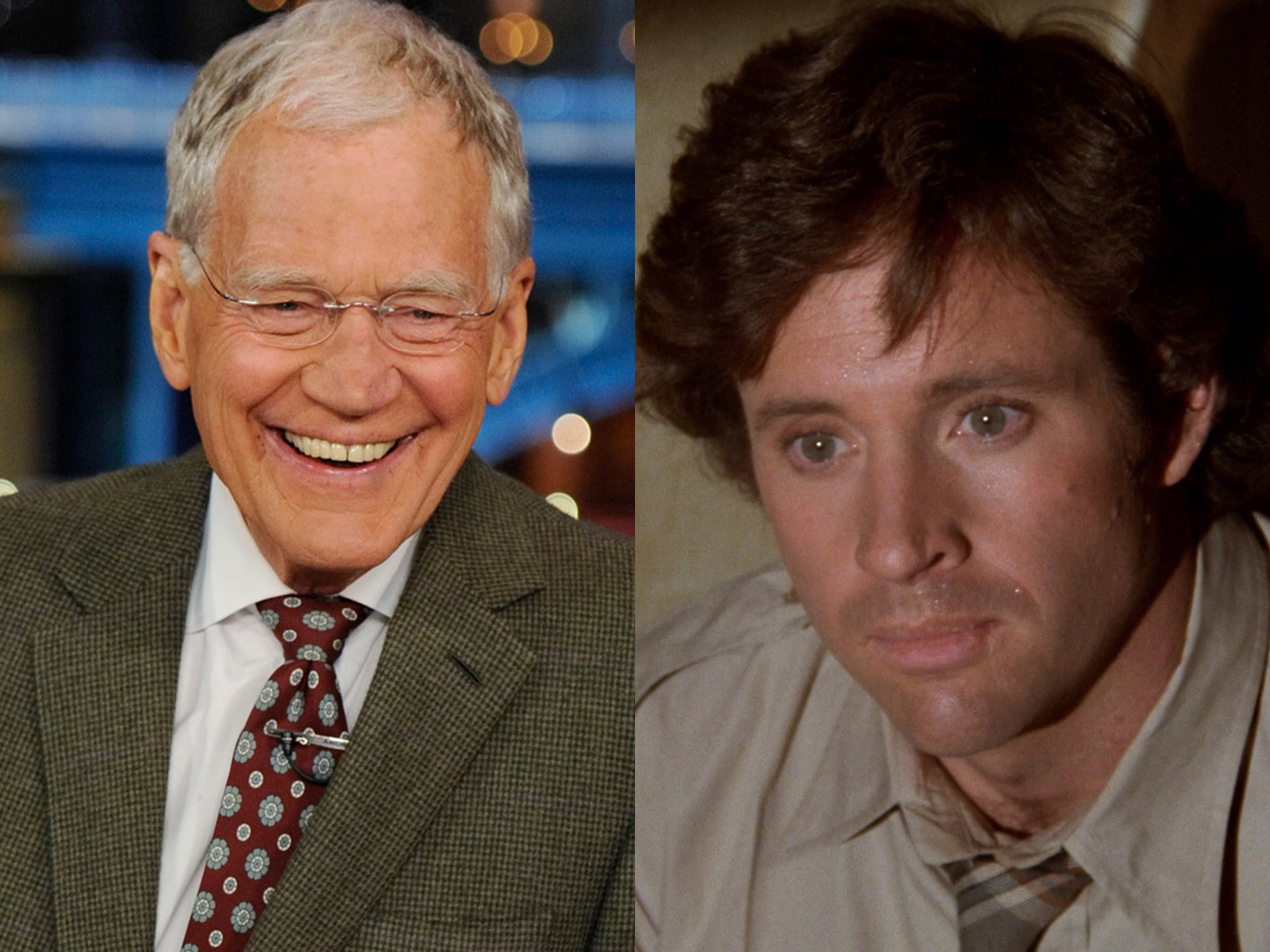 Early on the development of Airplane!, the filmmakers were indeed considering comedians to star in the film. In fact, the lead role of Ted Striker was originally written for David Letterman, then a stand-up comic and actor who had not yet become a talk show host.

Letterman reportedly screen-tested for the role, but wasn’t deemed up to scratch. Bill Murray, Fred Willard and Bruce (now Caitlyn) Jenner also read for the role, before Robert Hays was cast. 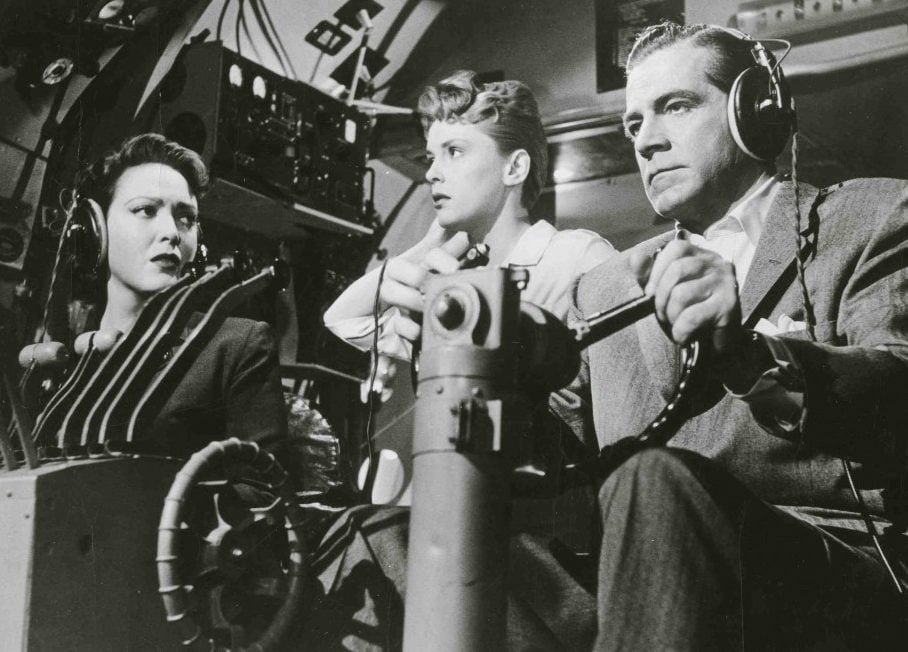 At the time, Airplane! was thought to be primarily a send-up of the Airport series, which helped establish the popularity of the disaster movie format in the 70s. In fact, the 1980 comedy was more closely modelled on a far older airborne drama, the 1957 film Zero Hour!, to which the filmmakers had obtained the rights.

The plots are almost identical: both films centre on a traumatised war veteran named Ted Striker (spelled ‘Stryker’ in the 1957 film) who must take the controls of a commercial air liner when the pilots are stricken with food poisoning. The Airplane! script even reproduces large portions of dialogue from Zero Hour! word for word. 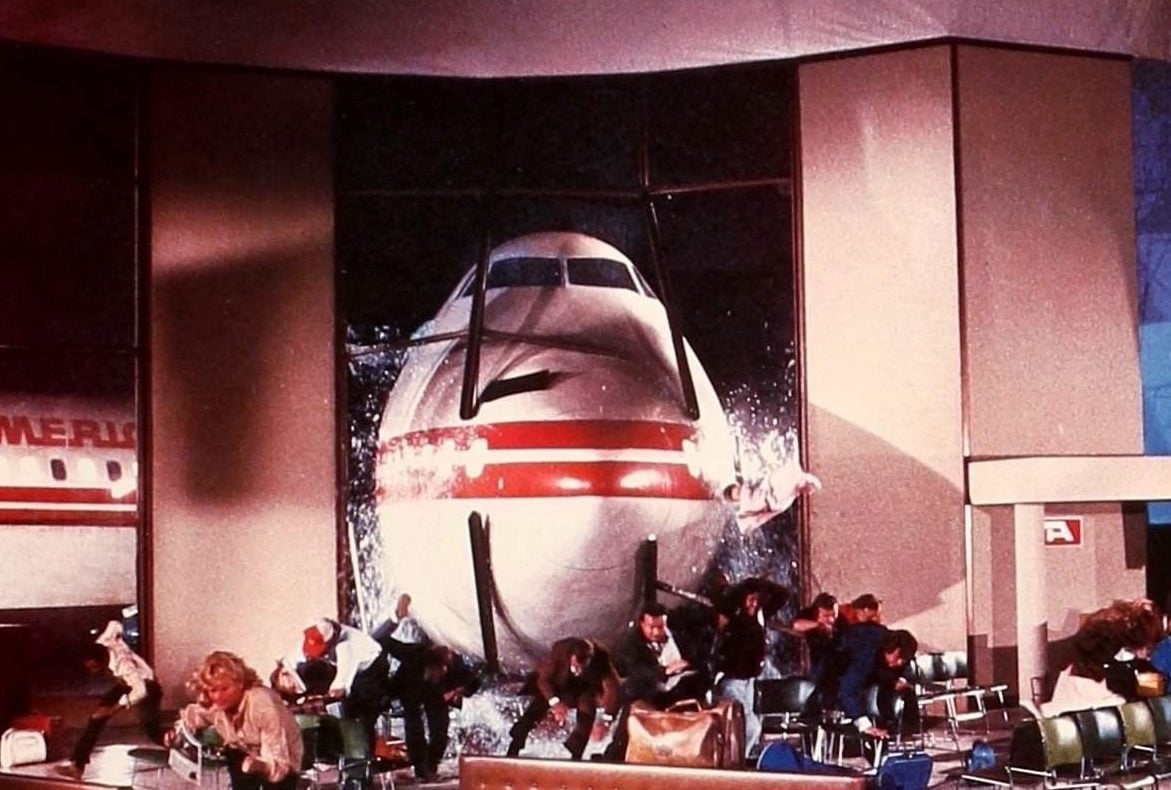 One of the many memorably surreal gags in Airplane! comes early on, when we hear male and female voices explaining the correct use of the airport’s red and white zones, which gradually turns into an argument about an unwanted pregnancy.

What makes this moment even funnier is that the voice actors were indeed a couple in real life, and had recorded the actual announcements about the red and white zones used at Los Angeles International Airport.

5. Actress Lee Bryant suggested having people line up to slap her 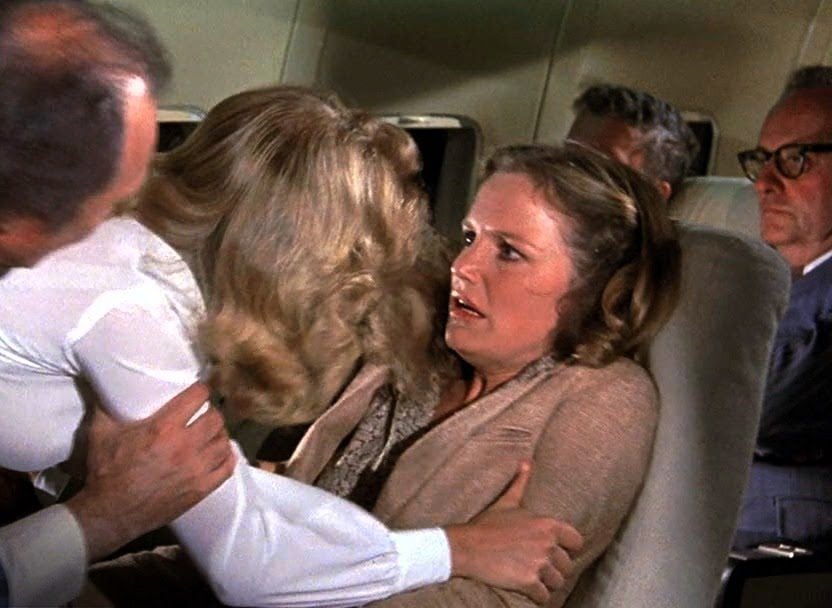 Lee Bryant appears in Airplane! as Mrs. Hammen, the passenger who becomes hysterical and has to be slapped to calm her down. Originally Bryant was meant to be slapped only once, but the actress herself thought it would be funnier if more people lined up to slap her over and over.

Originally the directors were wary of this in case Bryant got hurt, but eventually realised it would make for a great laugh, particularly as they gave people further down the line props with which they could conceivably inflict real damage. 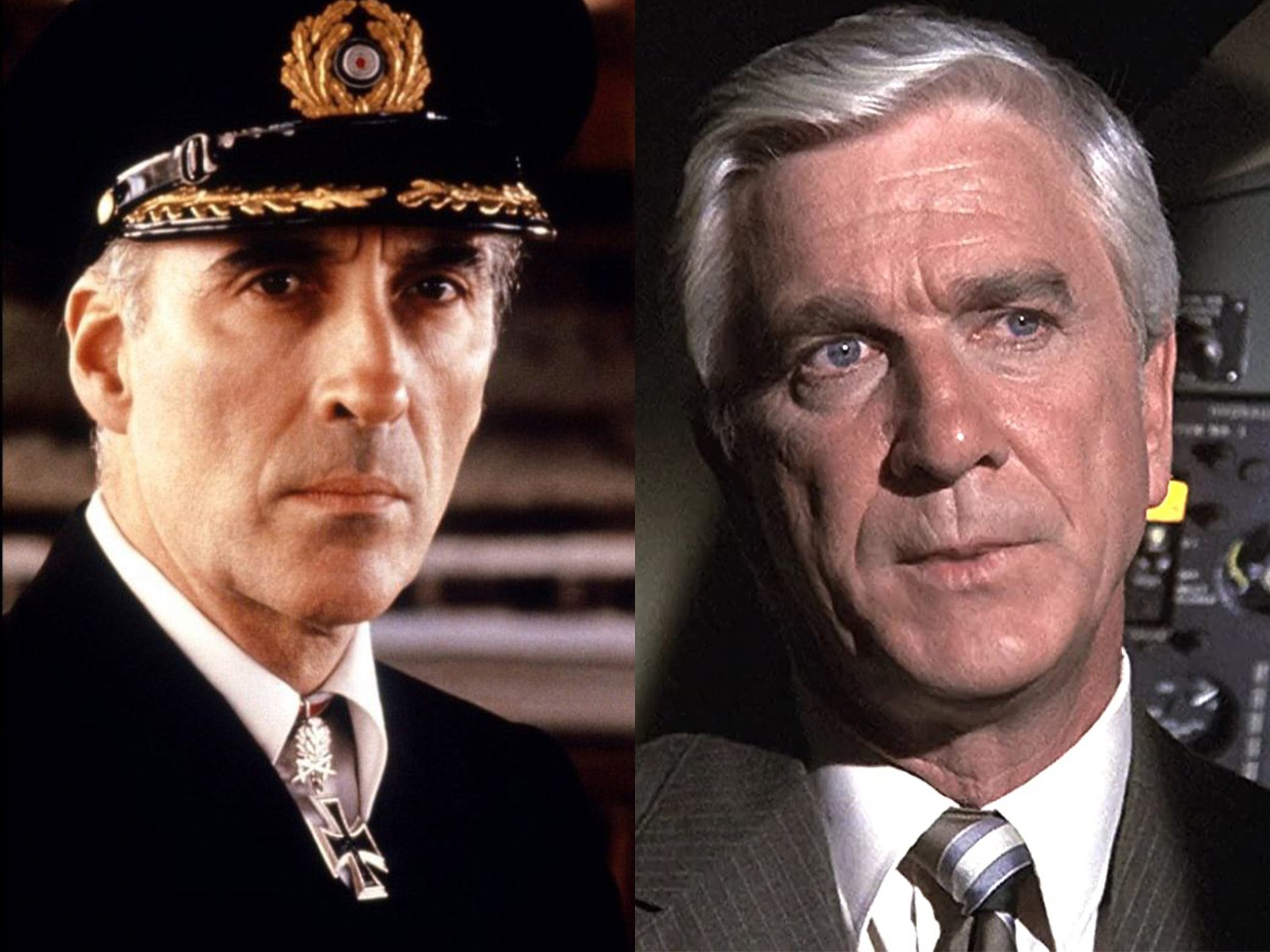 Before Leslie Nielsen was cast as Dr Rumack, the filmmakers approached another seasoned actor who had largely avoided comedy up to that point: British screen legend Christopher Lee. However, Lee passed on the role in order to instead appear in Steven Spielberg’s 1941.

Lee stated in his autobiography that he considered this a huge mistake, as Airplane! became a classic and 1941 was Spielberg’s first flop.

3. It established Leslie Nielsen and the directors as comedy legends After spending decades as a jobbing character actor, Leslie Nielsen was reinvented as a comedy star thanks to Airplane! In the years that followed, Nielsen would make many more outrageous comedies, some of which were again collaborations with his Airplane! directors.

Most famously, Nielsen reunited with Zucker, Abrahams and Zucker on The Naked Gun films, which were themselves based on the team’s early 80s TV show Police Squad!

2. It was the highest grossing comedy of all time, until Ghostbusters 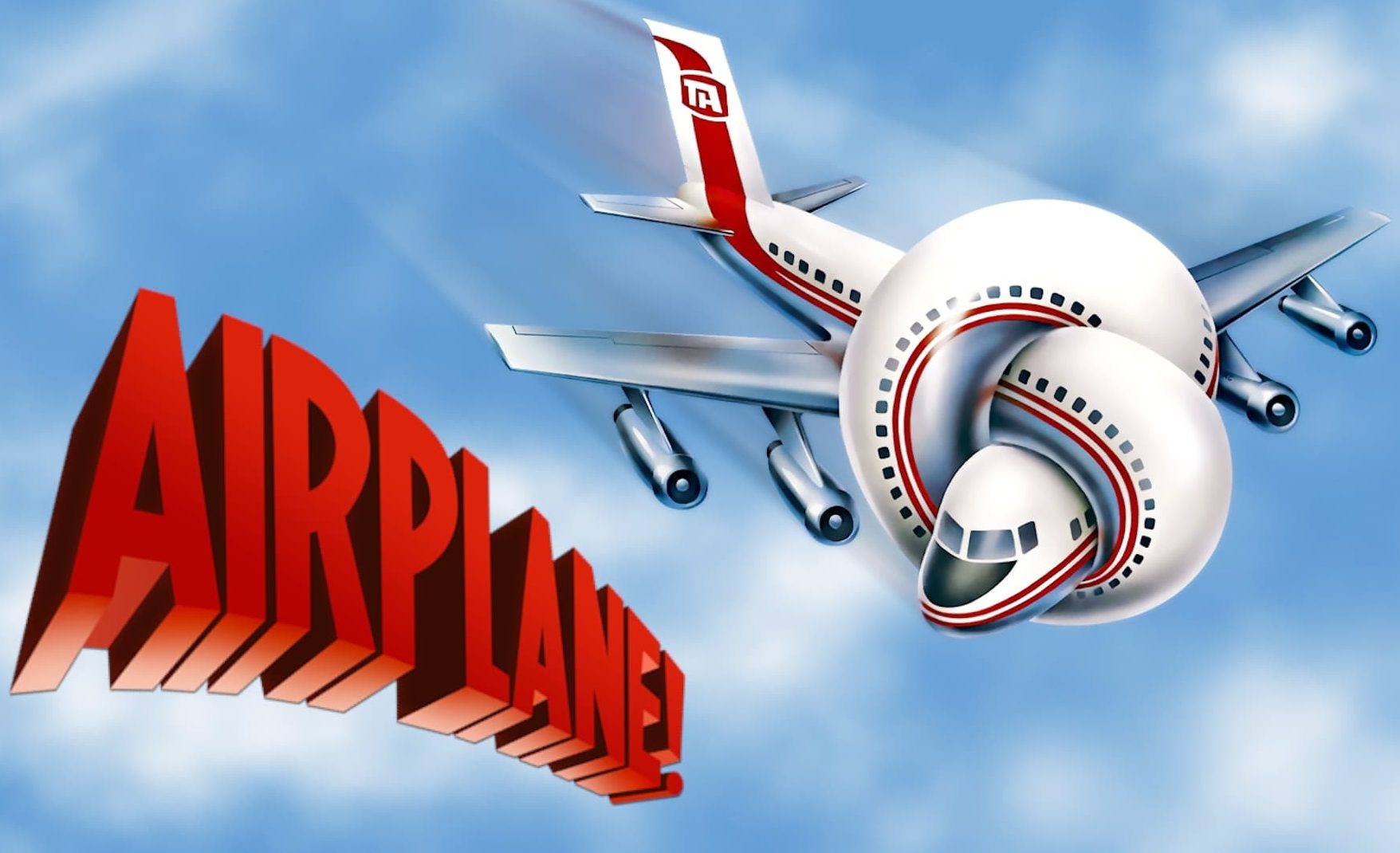 Airplane! was a runaway smash hit. Having cost just $3.5 million to make, it earned $171 million at the box office. This made it the highest earning comedy in box office history at the time, until its record was broken in 1984 by Ghostbusters, which earned $295 million.

Today, the highest-earning live-action comedy of all time is 2021 Chinese production Hi, Mom, which made $850 million at the global box office.

1. The writer-director team declined to return for the sequel 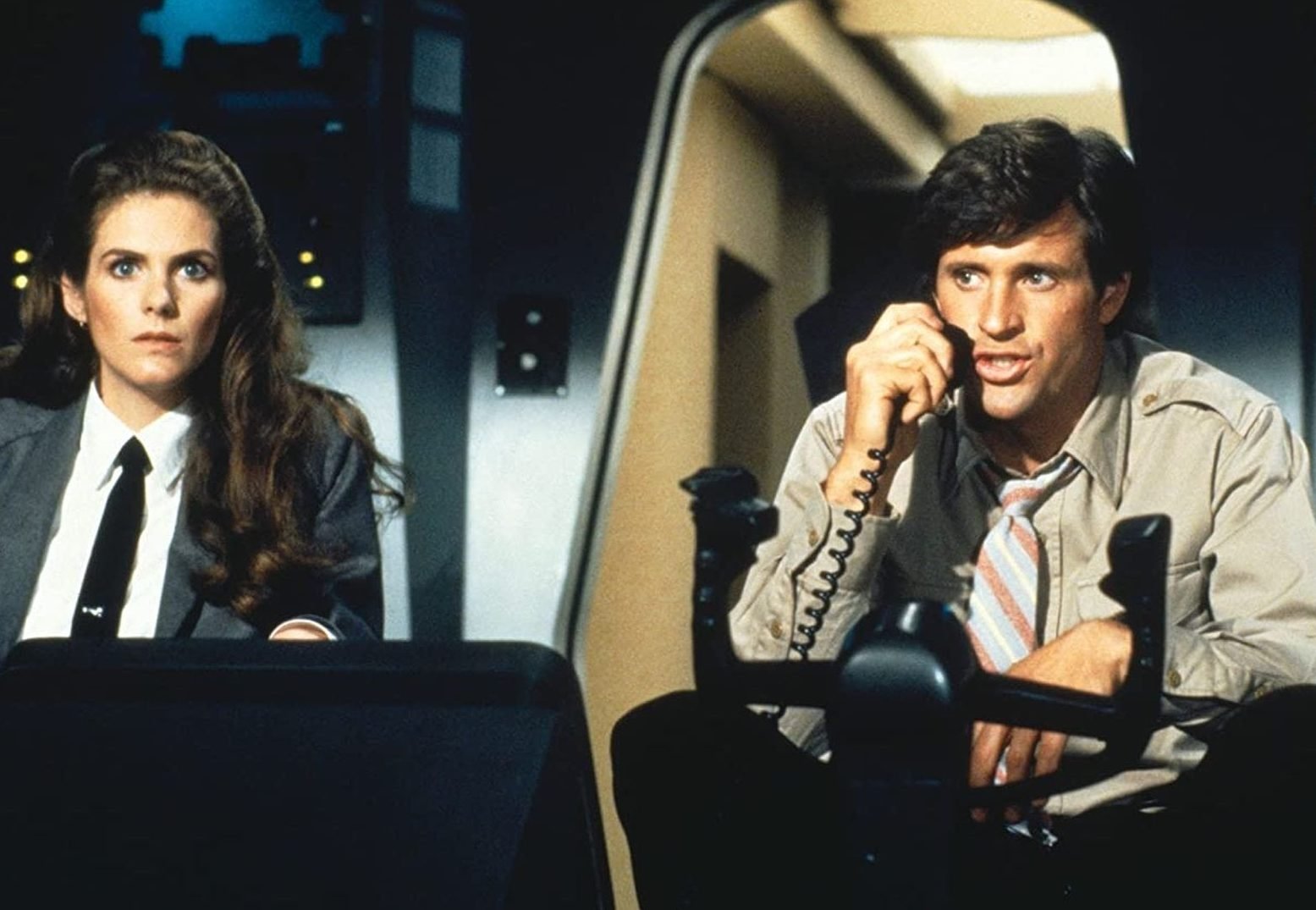 Considering what a huge money-maker Airplane! proved to be, it’s hardly surprising that studio Paramount demanded a sequel. However, original writer-director trio Zucker, Abrahams and Zucker decided against making the film, as they felt they’d exhausted all possibilities for the set-up.

1982’s Airplane II: The Sequel was instead directed and co-written by Ken Finkleman (also the writer of Grease 2). Although many of the original cast members returned, the film was nowhere near as successful as its predecessor.