10 Things You Didn’t Know About When Harry Met Sally

When Harry Met Sally… is still one of the most popular romantic comedies of all time. Billy Crystal and Meg Ryan play neurotic friends-turned-lovers Harry and Sally in a movie that also introduced relationship concepts that have now entered the mainstream. That’s right: the idea of a ‘high-maintenance’ partner came from this film!

Here’s what else you might not have known about the Rom Com classic.

10. The “I’ll have what she’s having” scene was filmed in a real restaurant 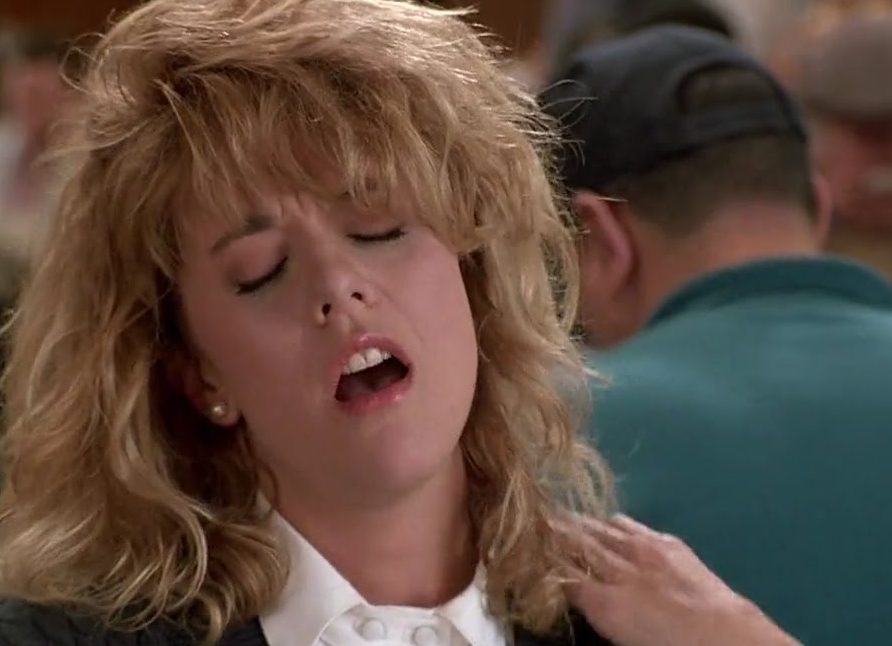 Yep that’s right! You can go and sit in the booth where Meg Ryan (Sally Albright) filmed the famous “I’ll have what she’s having” scene in front of a stunned Billy Crystal (Harry Burns). The scene took place at Katz’s Deli on E. Houston Street in NYC. After the film was released, the owners decided to capitalise on its success and there is now a plaque on the chair that reads “Where Harry met Sally…hope you have what she had!”

Incidentally, the infamous “I’ll have what she’s having” line was actually suggested by Crystal during filming. It quickly became one of the most iconic lines in film history!

9. Sally’s picky eating habits were based on the film’s screenwriter, Nora Ephron 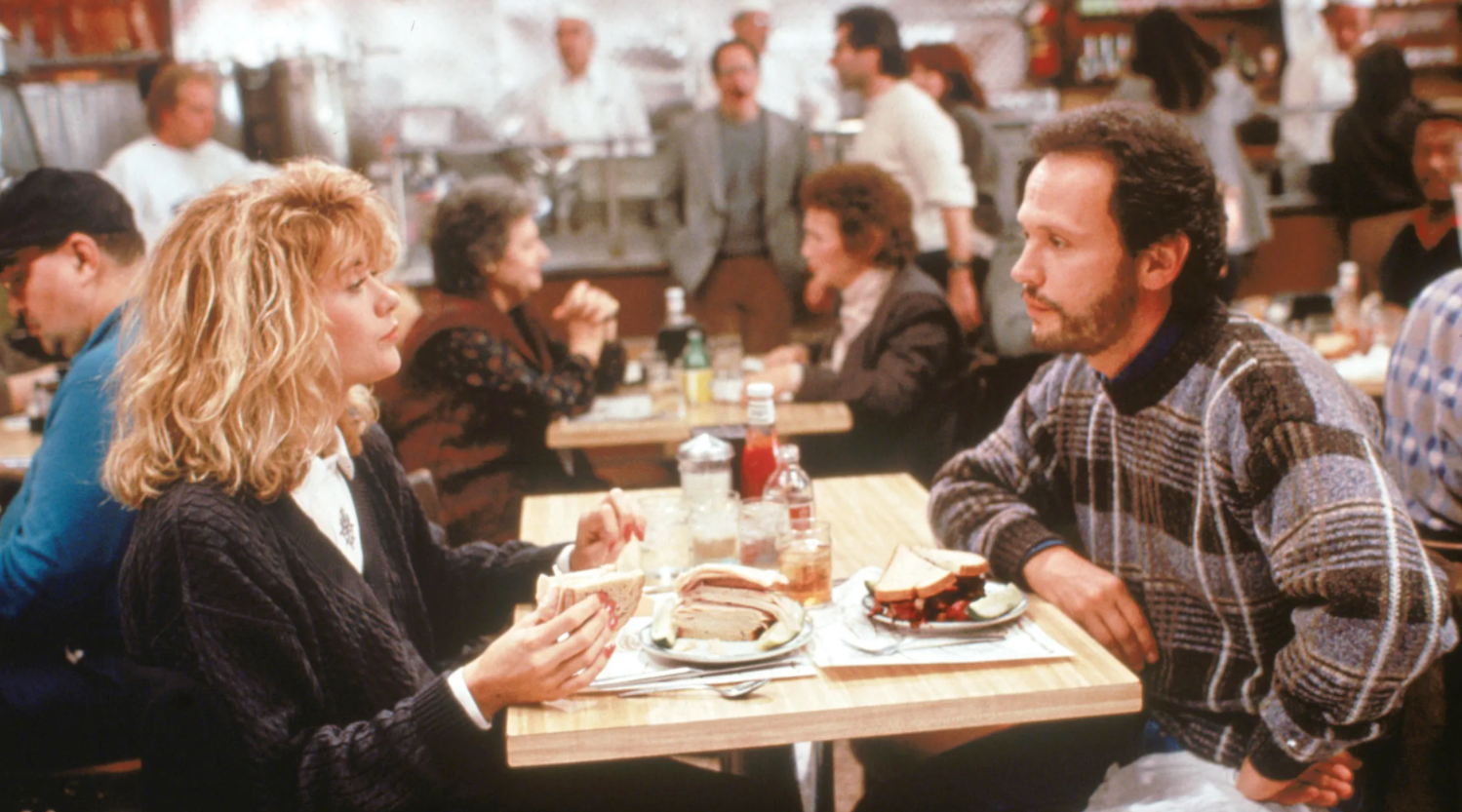 Remember how annoying Sally’s eating habits were in the film? We all sympathised with the look on Harry’s face when Sally started to change every single aspect of her order! Apparently, this aspect of her personality was based entirely on screenwriter Nora Ephron.

Funnily enough, a few years after the film was released, Ephron was on a plane and ordered something very ‘precise’. The stewardess looked at her for a few moments and asked “Have you ever seen the movie When Harry Met Sally…?”

8. The phone scene took 60 takes to get right 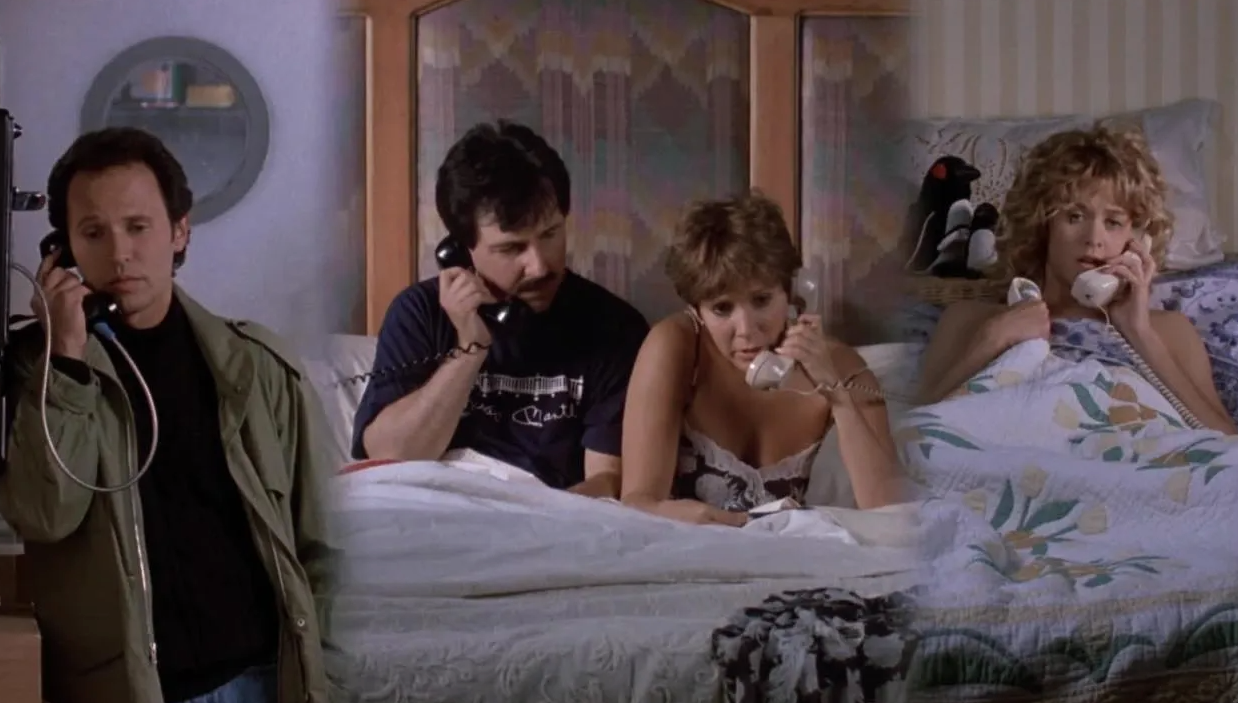 One of the funniest aspects of When Harry Met Sally are the many scenes involving the main characters on the phone to one another.

At one point, after Harry and Sally finally sleep together, all four friends are trying to talk to each other on individual phones. Apparently the scene took over sixty takes to get right.

7. The beautiful New York locations seen in the film were chosen for a very specific reason 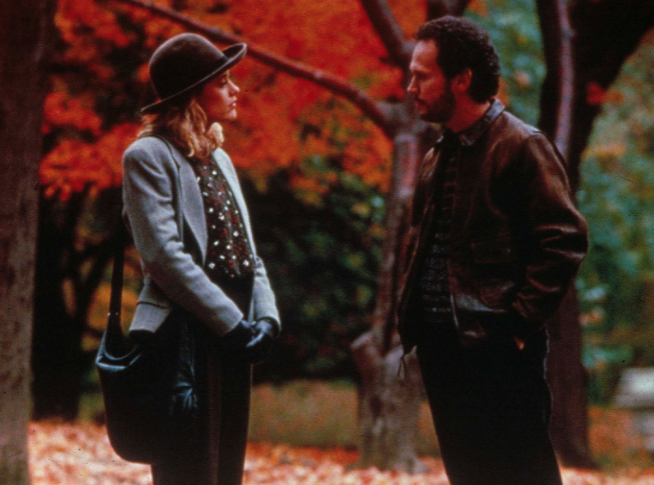 Director Rob Reiner, Ephron and producer Andrew Scheinman decided between them that all of the scenes needed to be set against some of the most beautiful locations that NYC had to offer. This was to highlight the lead characters’ complete lack of awareness i.e. they are as blind to the love growing between them as they are to the romance of their surroundings.

The producers used the same logic for Harry’s new apartment. The windows overlook the Empire State Building; it could either be the loveliest, or loneliest, view in the world.

6. The final interview at the end of the film was completely improvised 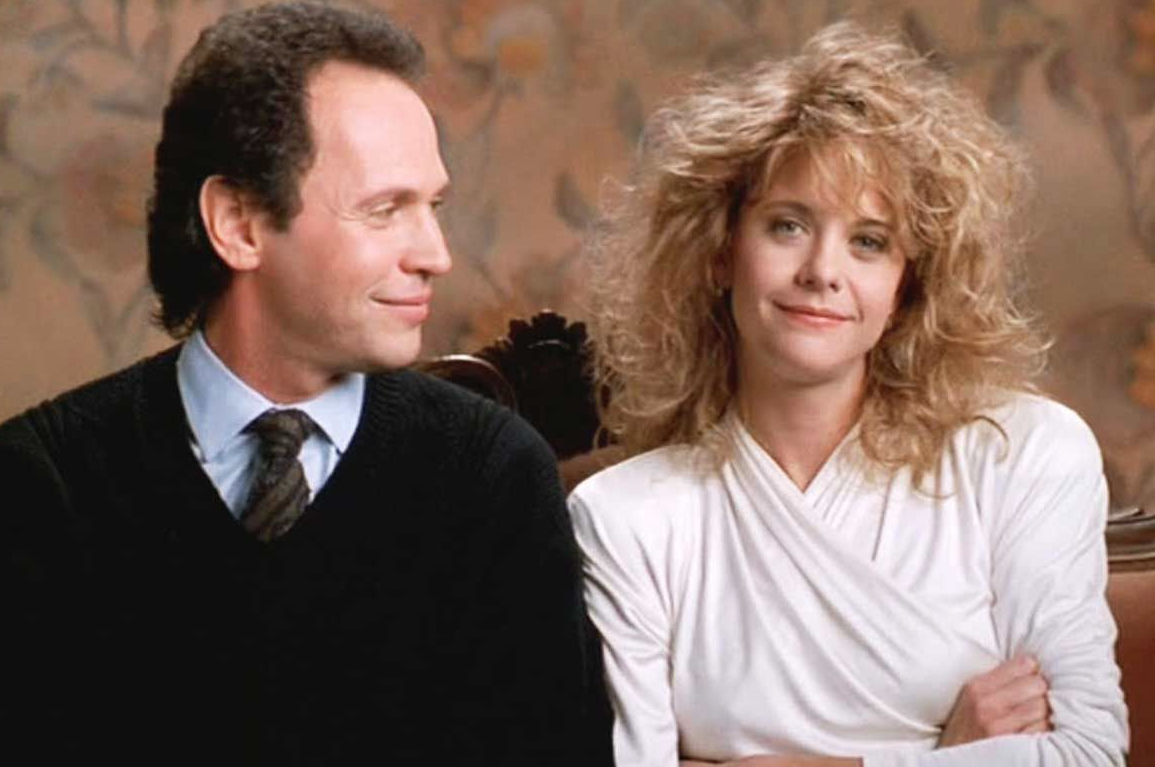 When Harry Met Sally featured a lot of improvised scenes. The final interview at the end of the film mirrors the old couples who have been discussing their relationships throughout the story. Harry and Sally talk about their wedding, and Sally mentions the food.

According to crew members, this touching moment was completely improvised by Ryan and Crystal. Incidentally, the hilarious Pictionary scene was also made up on the spot!

5. The film was influenced by Rob Reiner’s post-divorce experiences 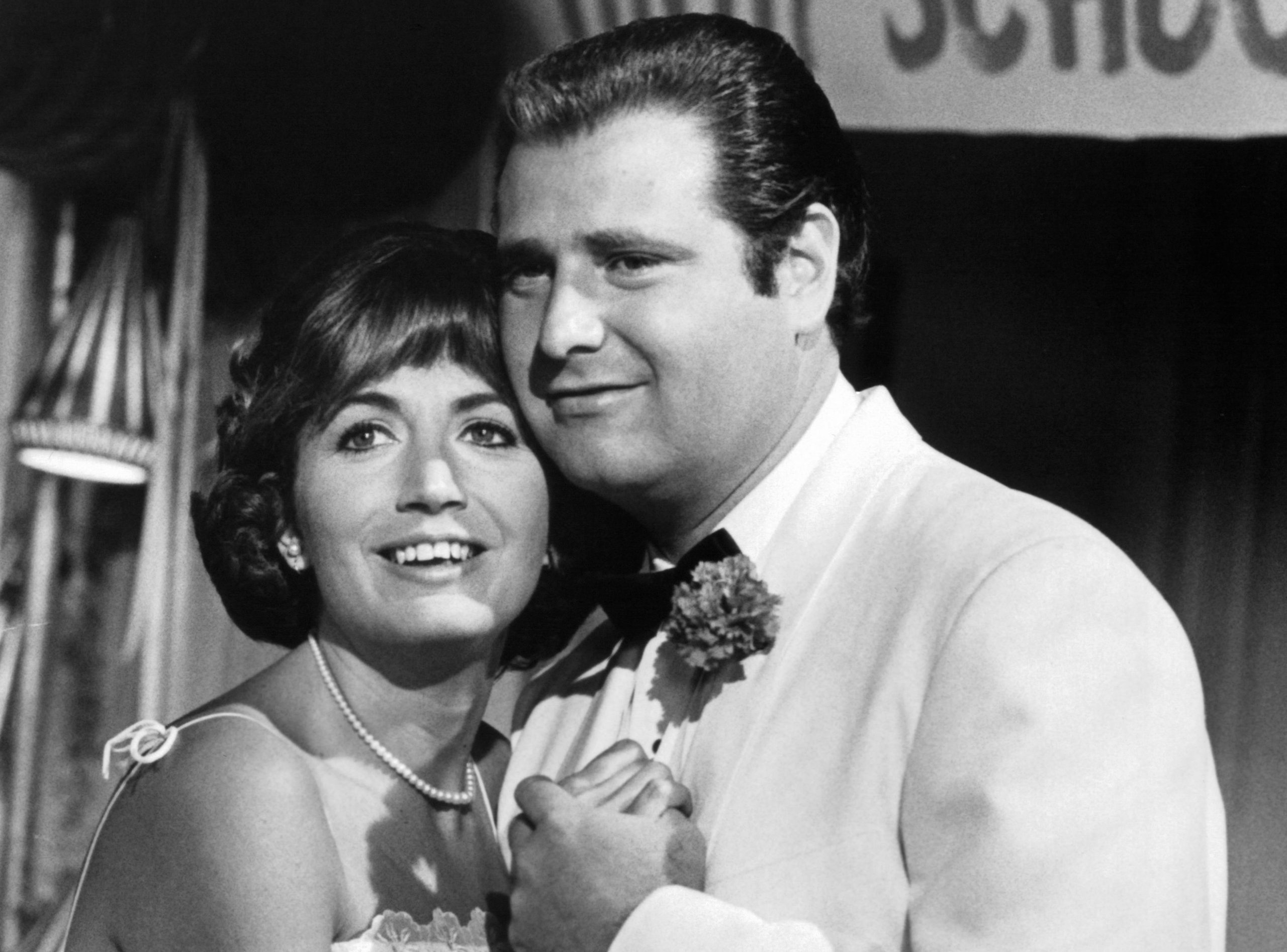 Harry’s mental state post-divorce struck a chord with a whole generation of unhappy singletons. This is because the film was based on director Rob Reiner’s post-divorce experience – his marriage to Penny Marshall ended in 1981 after ten years together.

Ironically, Reiner met his current wife, Michele Singer Reiner, during the making of the film and the pair married in 1989.

4. Nora Ephron based a lot of the script on interactions between Reiner and Billy Crystal 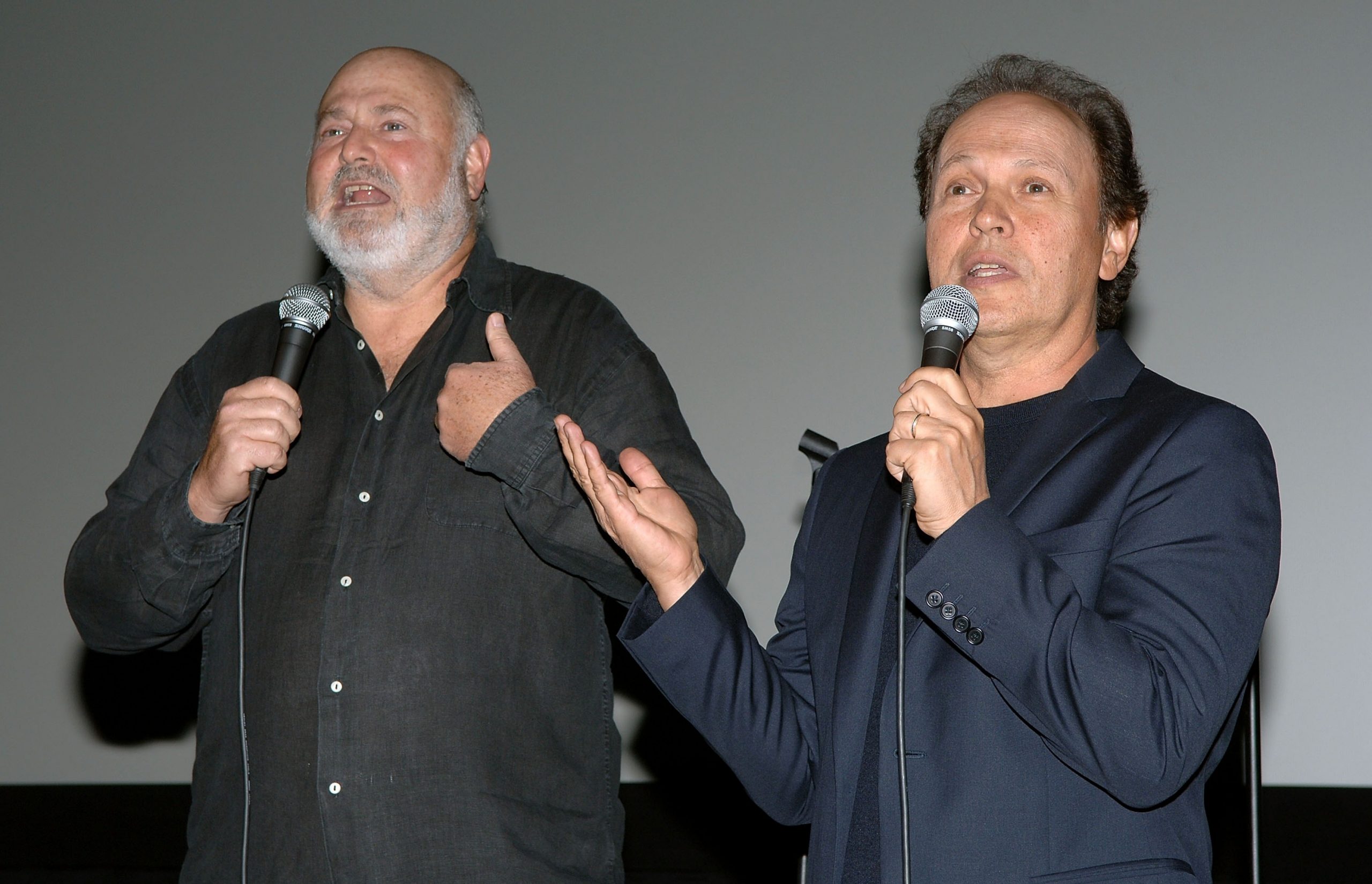 Ephron based a lot of the dialogue on the banter between real-life friends, Reiner and Crystal.

The scene where Sally and Harry are talking on the telephone whilst watching the same movie on their respective TVs is something that Crystal and Reiner used to do every night.

3. Molly Ringwald was offered the lead role of Sally 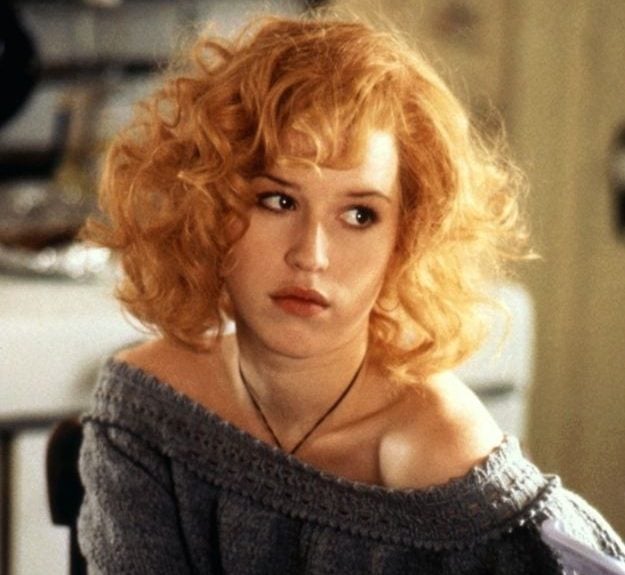 80s icon Molly Ringwald was first offered the role of Sally Albright, but she had to decline the part due to a busy schedule.

Ironically, she went on to play the part of Sally in 2004 in the stage version of the film on London’s West End.

2. The film revolutionised the rom-com 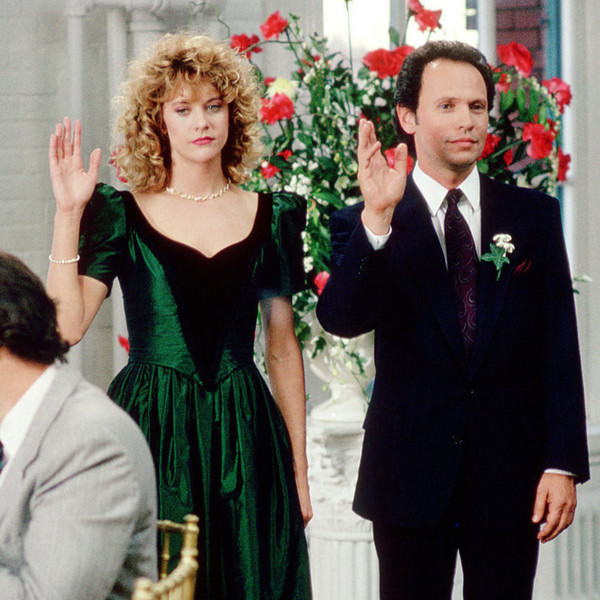 A lot of romantic comedies follow the same tired formulas – two people want to be together but someone or something deliberately gets in their way. However, When Harry Met Sally is unusual in that it doesn’t contain any of these kinds of clichés.

In fact, throughout the whole film, the only thing keeping Harry and Sally apart is their own respective neuroses.

1. Harry and Sally didn’t get together in the original script 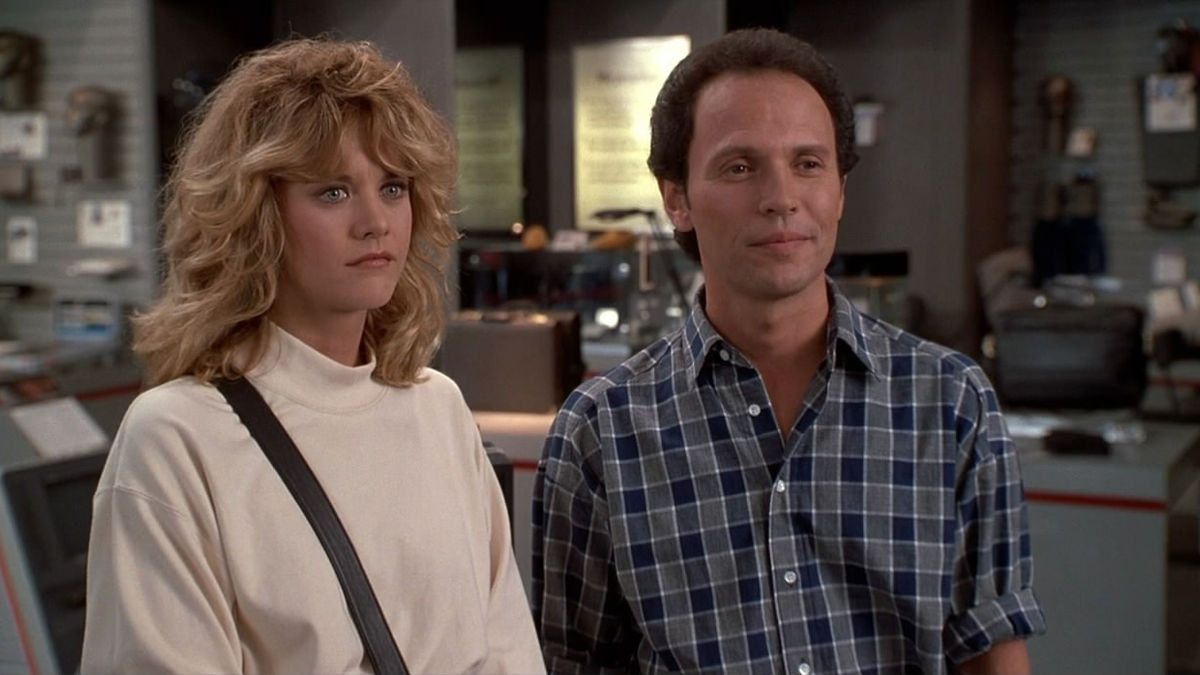 In the first draft of the film, Harry and Sally didn’t end up together – shocking, right?!

It was only much later on that Ephron and Reiner agreed that Harry and Sally really belonged together. We can’t imagine it ending any other way!