11 Things We All Purchased From Newsagents Back In The 1980s

There was something about being a kid that made many things seem so much better than they actually were. Toys R Us wasn’t just a shop, it was a heavenly grotto with toys piled as high as the eye could see. And Woolworths Pick and Mix wasn’t just an aisle containing sweets, it was an Aladdin’s cave full of delicious, enticing treats.

It was that very same childhood wonder that made a trip to our local newsagents something we always looked forward to. As adults it’s a necessity when we’re looking to pick up something quick and easy, but back in the 1980s it was a trip full of exciting possibilities. 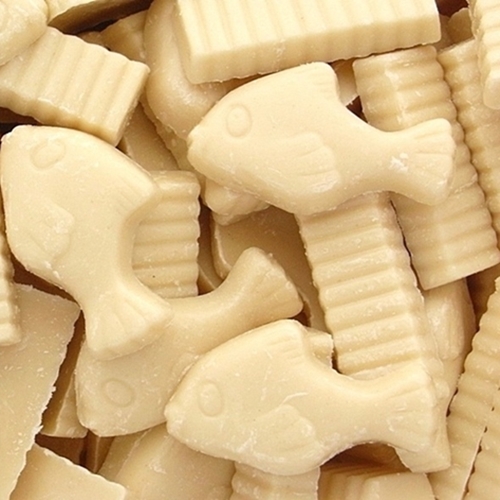 One penny sweets were a staple of confectionery retailers for many decades, and as kids, nothing filled us with more joy than having just ten or twenty pence to spend on these tasty delights.

You could get so much for your money, and choices included Fruit Salad, Blackjacks and White Chocolate Fish and Chips. Not only that, but who can remember when they were just half a penny each? 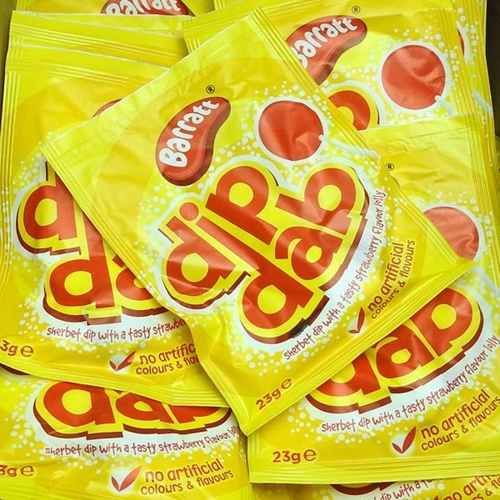 No trip to the newsagents was complete without purchasing some form of sherbet-based treat, and Dip Dab was always our favourite.

In case you’ve forgotten, Dip Dab involved dipping a lolly, which was rectangular or circular depending on your age, into a bag full of delicious sugary sherbet. It really was quite the treat! 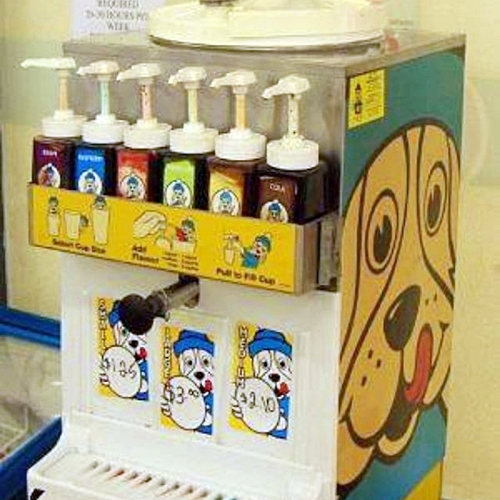 Slush Puppies are apparently still available, but these days there is much more competition, whereas back during our childhood there was only one slushy drinks machine available when we visited our local newsagents.

Slush Puppie machines had a dog on the front of them, alongside a selection of different fruity flavours that we loved trying out. 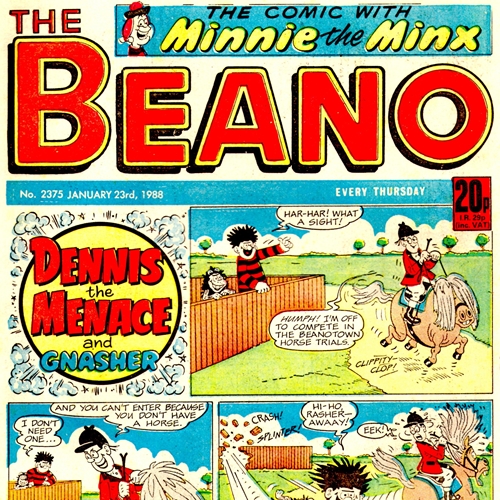 Although there were a number of other comics available during the 1980s, many of which we purchased at one time or another, there was only one publication that we made sure never to miss.

The Beano first hit shop shelves on 30th July 1938, and unbelievably is still going strong after over three and a half thousand issues! Its characters over the years have included Dennis the Menace, Minnie the Minx, The Bash Street Kids, The Numskulls, Roger the Dodger, Billy Whizz and Ball Boy. 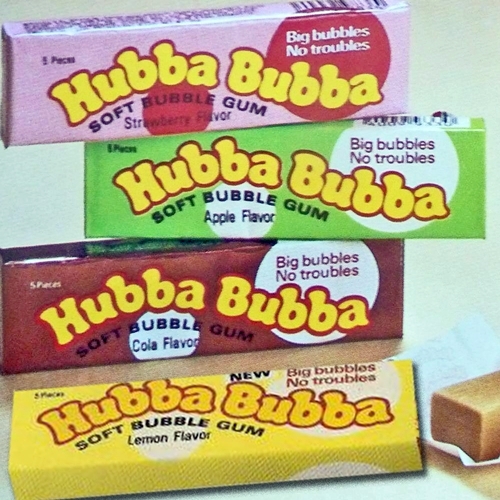 Chewing a delicious slab of Hubba Bubba made us feel really cool at school, and they were so tasty that it was disappointing to find out you couldn’t actually swallow them, even though we knew many children who did!

The only other downsides to Hubba Bubba were one, that the flavour never lasted very long, and two, that as kids we had absolutely no idea how to blow a proper bubble. 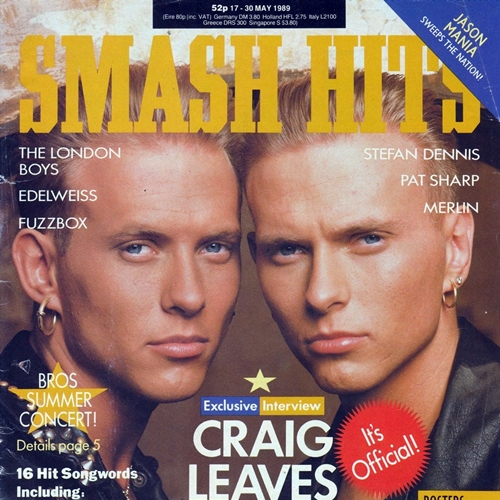 Smash Hits magazine was an integral part of the youth of many an 80s kid, running from 1978 until 2006, and usually coming out once a fortnight.

The magazine was at its peak in the 1980s, launching the career of many journalists, and it was during the late 80s and early 90s that we made sure never to miss a single issue. 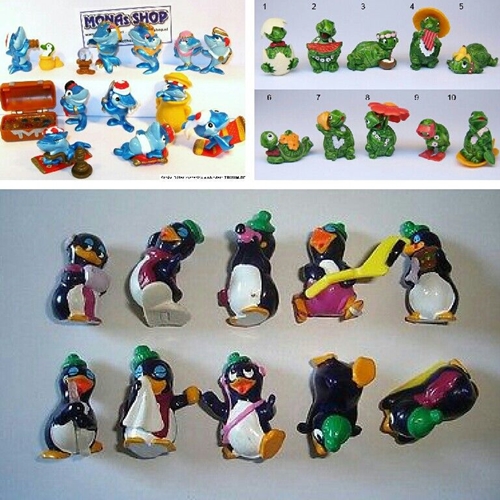 There’s few more joyful things to experience growing up than the delight of receiving a Kinder Surprise Egg. The chocolate itself was wonderfully delicious, but it was opening the surprise itself that filled us with so much anticipation and excitement.

Kinder Egg Surprise toys over the years have included Teeny Turtles, Mickey Mouse And Friends, Happy Hippos, City Crocodiles, Funny Elephants, Glowing Ghosts, Frosty Frogs and Oriental Dolphins. How many of them do you remember? 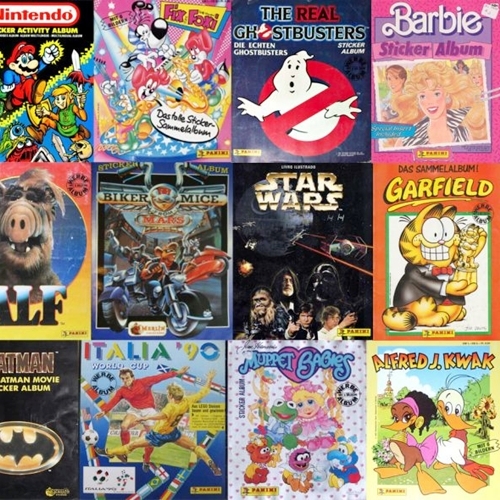 Collecting Panini stickers was one of the greatest joys of our youth, and we remember spending hours showing off and swapping our collection on the school playground.

Of course there were the popular football sticker albums, but we remember many other Panini collections, including He-Man, ThunderCats and Garfield. How about you? 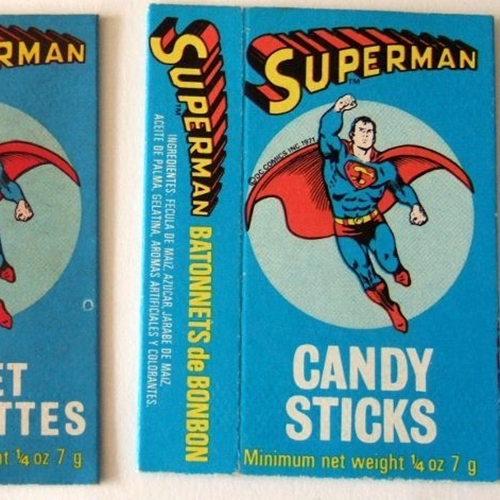 We remember there being many different types of candy cigarette sticks, with some (if not all) coming with a collectible card inside.

More important than the sweet or the card though, was the fact that they enabled us to pretend we were smoking a real cigarette, which of course made us look really cool. 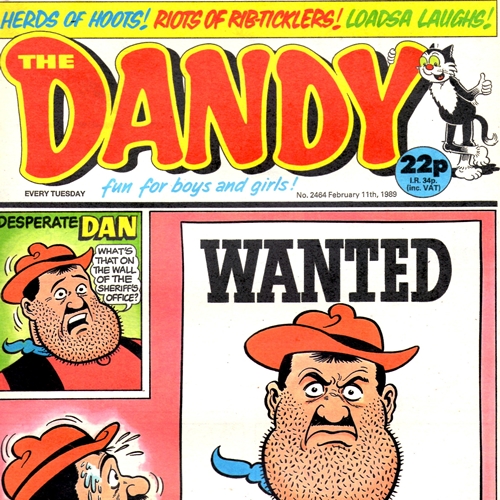 Whilst we never for one second enjoyed it as much as the aforementioned Beano, The Dandy was also a great comic, one that we made sure to read whenever we got the chance.

Sales of The Dandy reached two million a week in the 1950s, but unfortunately the final printed edition was in 2012 on the comic’s 75th anniversary, after sales had slumped to just 8,000 a week. 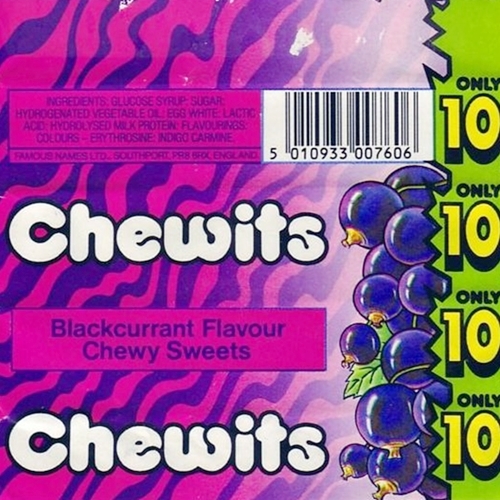 Chewits are definitely one of the tastiest treats of our entire lifetime, but if there was one thing about them that was better than the sweet itself, it was the classic TV advert, where a friendly-looking Godzilla monster was defeated as he chewed on them.

“Run for your lives, the monster is coming, he’s eating everything in his path! The end of civilisation as we know it!” went the advert, which we can remember watching as if it were yesterday.