As kids there were two things we loved more than anything else: food and toys. So imagine our delight and excitement when we found out that we could own objects that combined both of these wonderful things!

Below are some examples of food-based toys that we were able to enjoy back in the 1980s. Please do let us know which was your favourite and be sure to let us know about any obvious examples that we’ve left out! 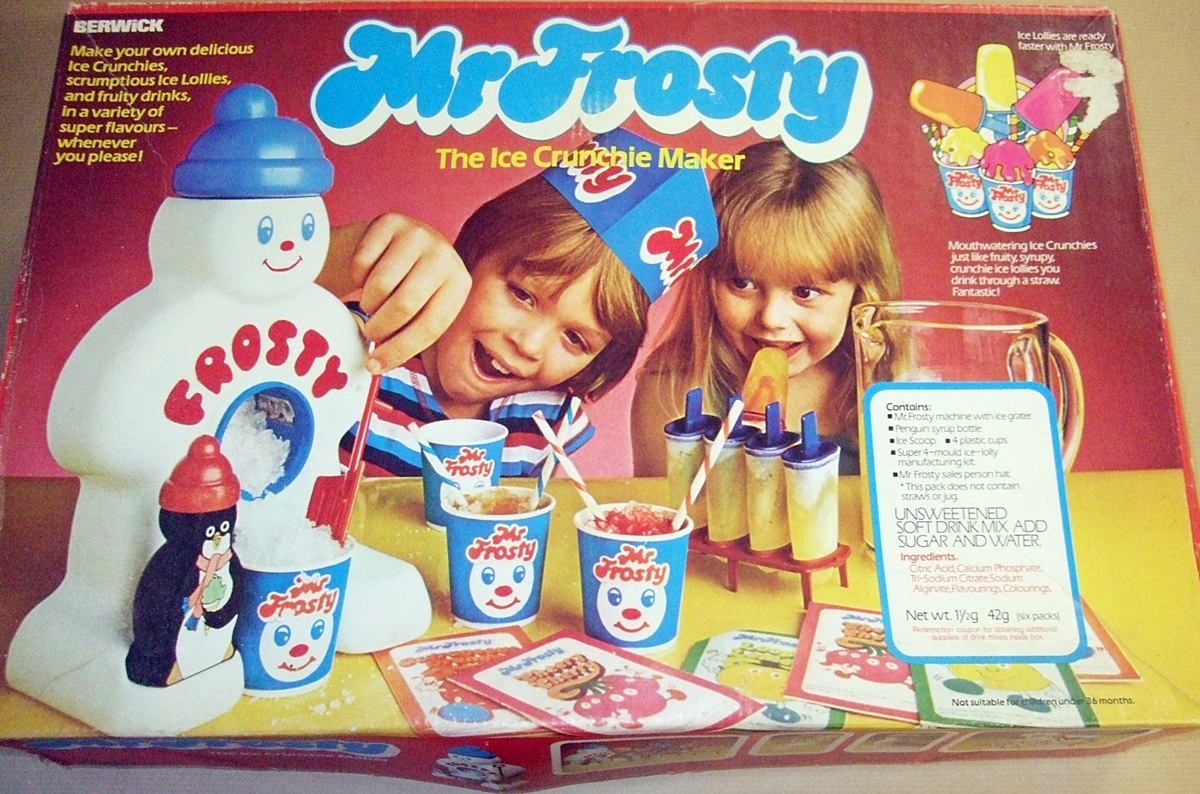 Mr Frosty is perhaps the best example of a food-based toy, being a brilliant bit of kit that was fun to use, but also allowed us to consume a delicious ice-based treat at the end of the process.

If we’re completely honest we can look back as adults and admit that what you were able to make with Mr Frosty was likely possible using far cheaper methods. But Mr Frosty himself was a lovely-looking snowman with an interesting icy hole in his stomach, so it’s no surprise many of us 80s kids asked our parents to buy us one! 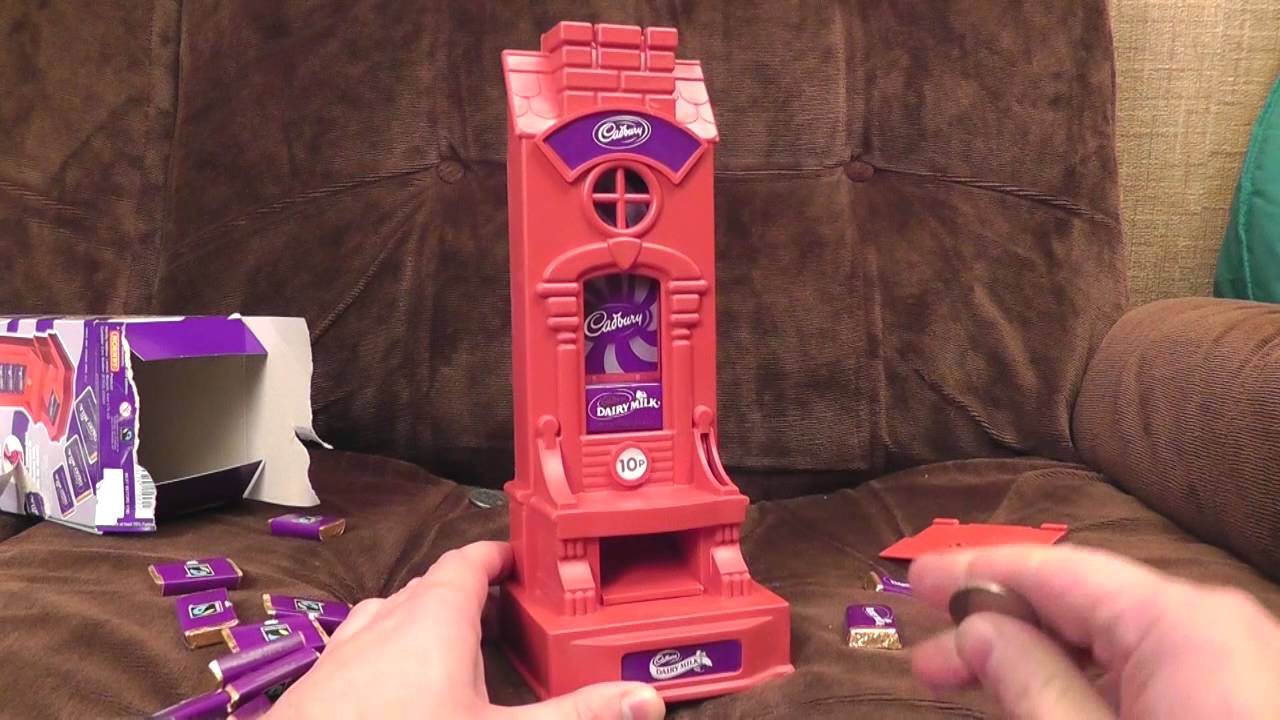 Don’t get us wrong, being given some chocolate on its own was exciting enough, but somehow the excitement, and even the taste of the chocolate itself, were taken up a notch when we were able to have our Dairy Milk treat dispensed from this brilliant piece of kit. How many of you owned one? 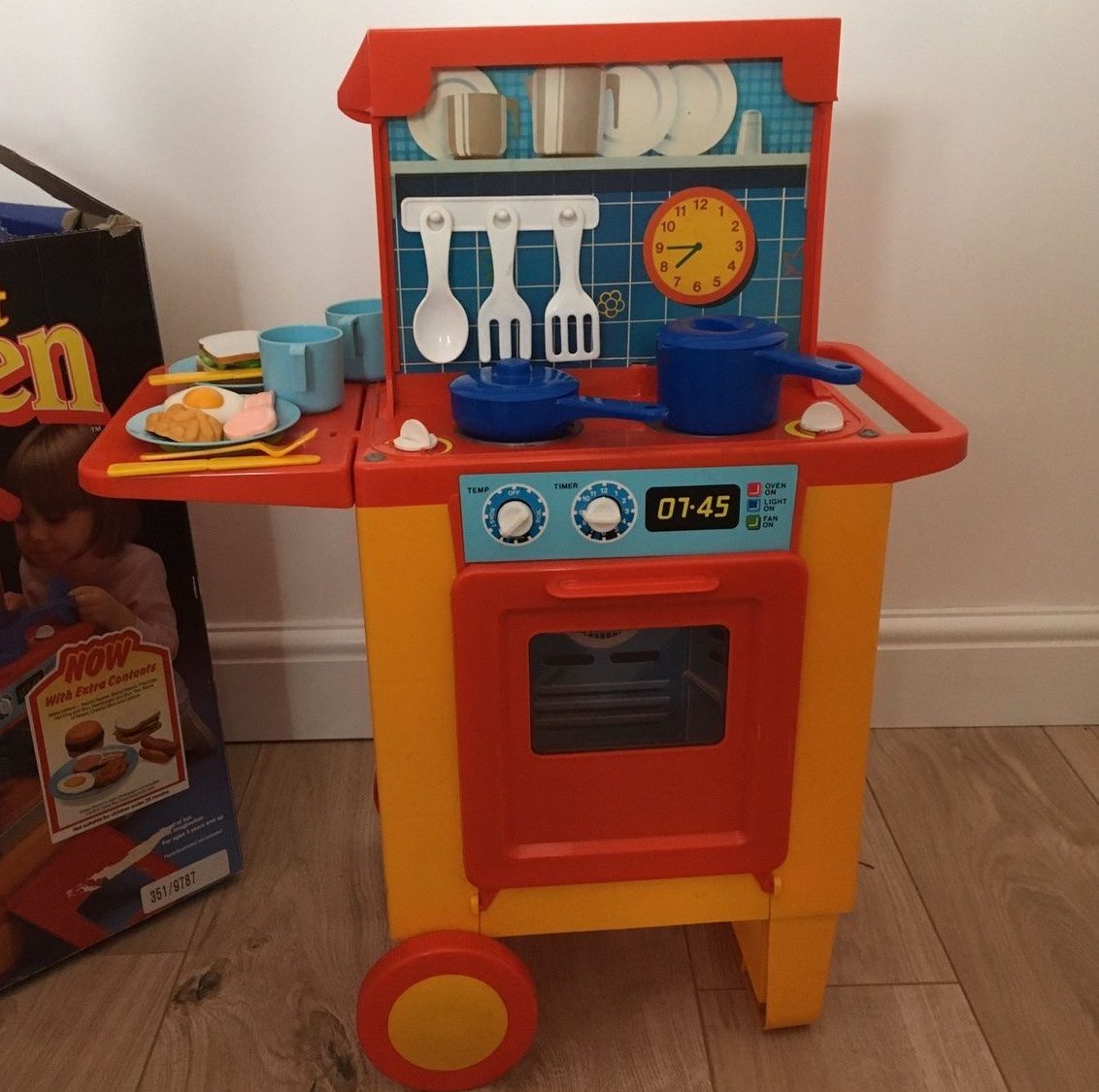 The ultimate example of a food-based childhood fantasy, the A La Carte Kitchen was immensely popular. It was released by Bluebird Toys in 1982 and featured a sink on one side and a cooker on the other, as well as a fold-down table and two wheels that meant we could wheel it around our house. We bet that many of you wanted one, but how many of you were lucky enough to actually own it?

The ultimate toys and food combo, happy meal toys allowed us to continue our branded McDonalds fun long after we had finished consuming our burger and fries. Which of the toys do you remember most vividly? 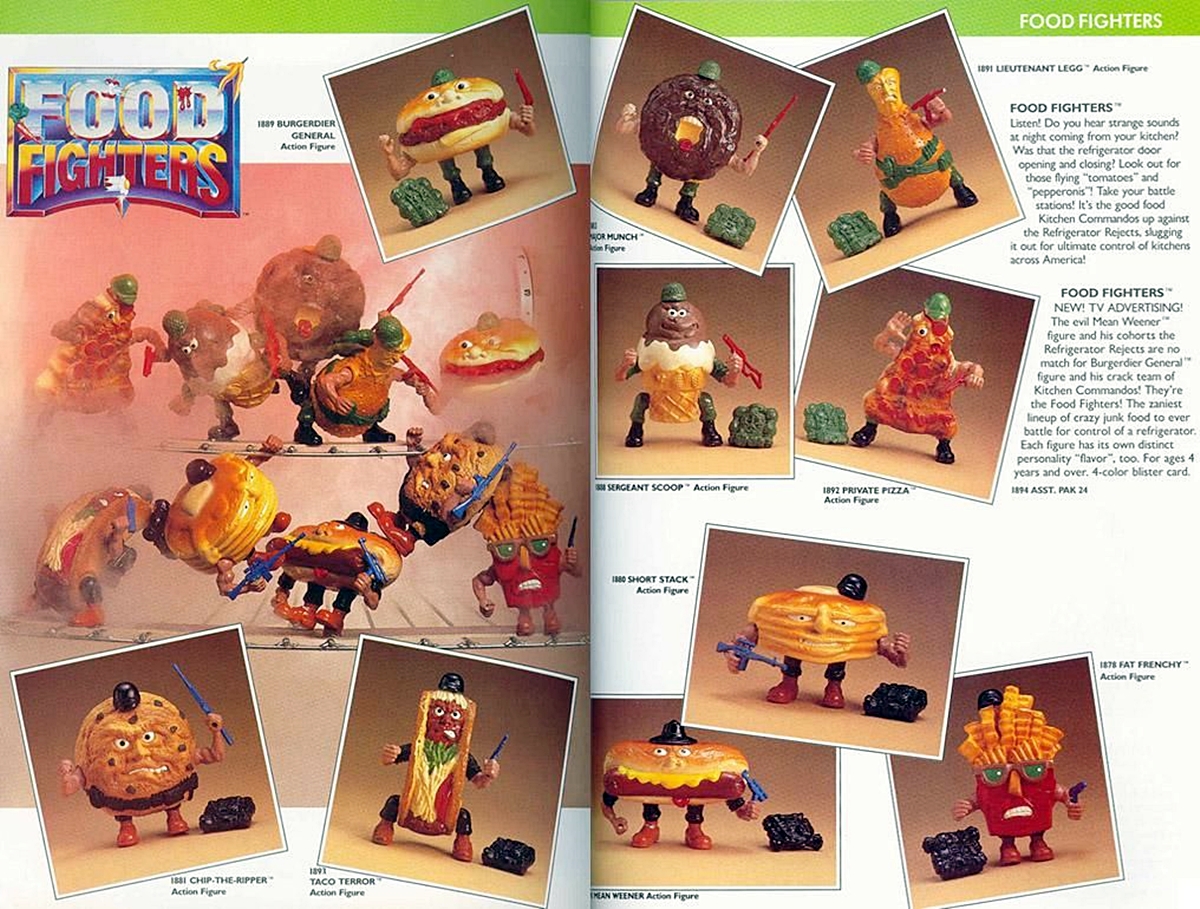 We’re not sure that many of you will remember these, but Food Fighters was an action figure range released by Mattel in 1989, and featured many different types of food dressed in military gear.

In total there were 10 figures as well as additional accessories, and they were divided into two armies: the ‘Kitchen Commandos’ and the ‘Refrigerator Rejects’. Does anyone remember them? 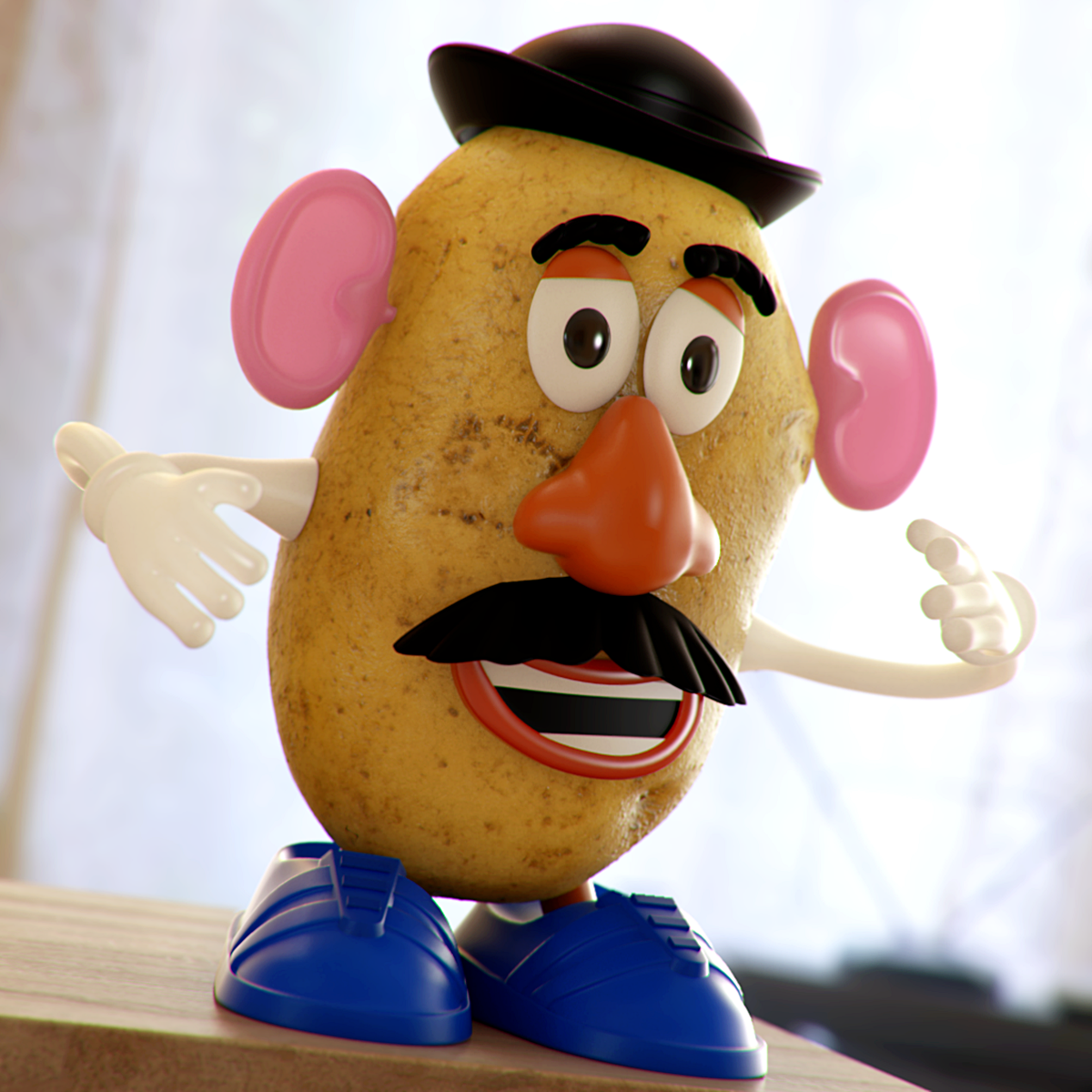 Ok, so these days Mr Potato Head isn’t actually a real potato, but we have vivid memories of purchasing facial features that you could stab into a real edible spud. Are we on our own? 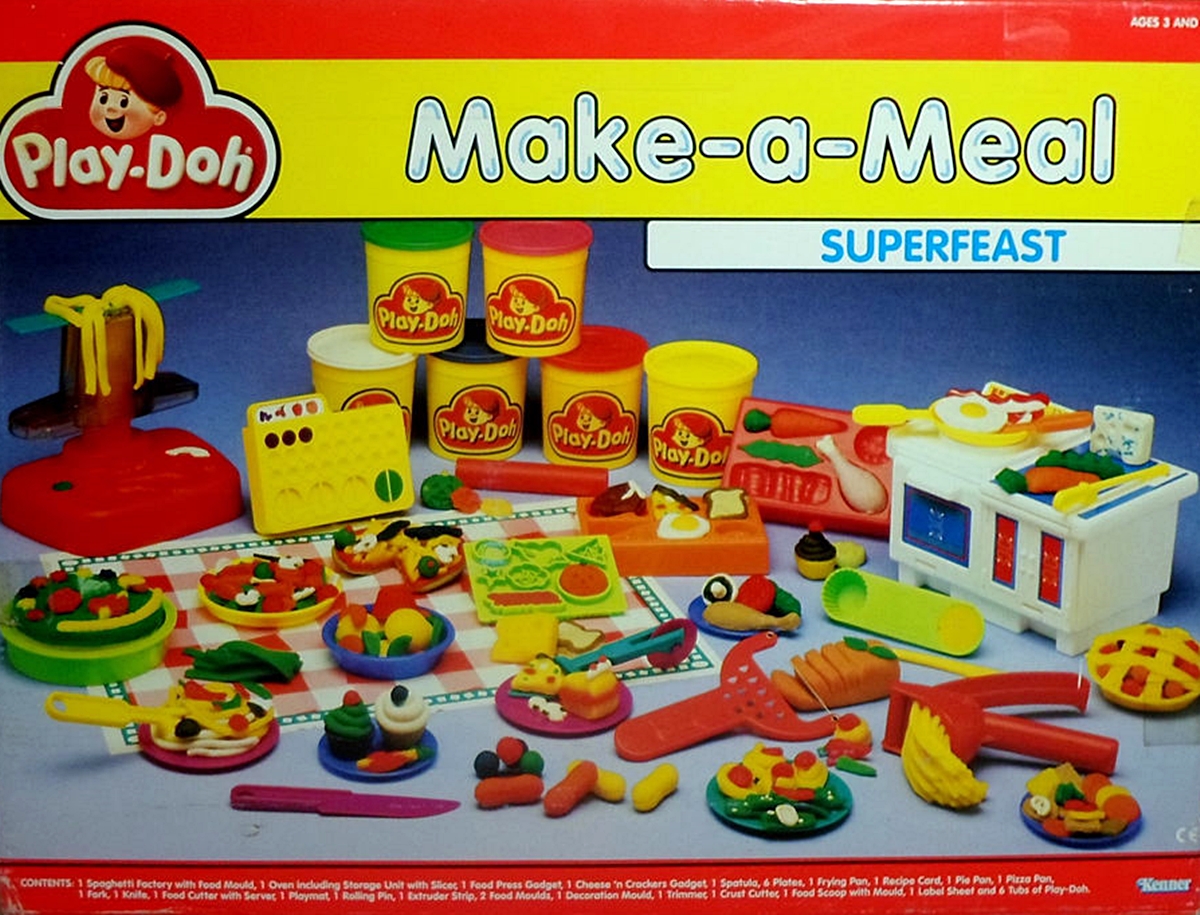 Play Doh was fantastic, and we particularly remember being very fond of the hairdresser kit, which allowed you to grow, cut and groom the hair of your little men and women. But what’s it got to do with food we hear you say? Well apparently Play Doh is perfectly safe for young children to eat, and eat it they definitely do given just half a chance. 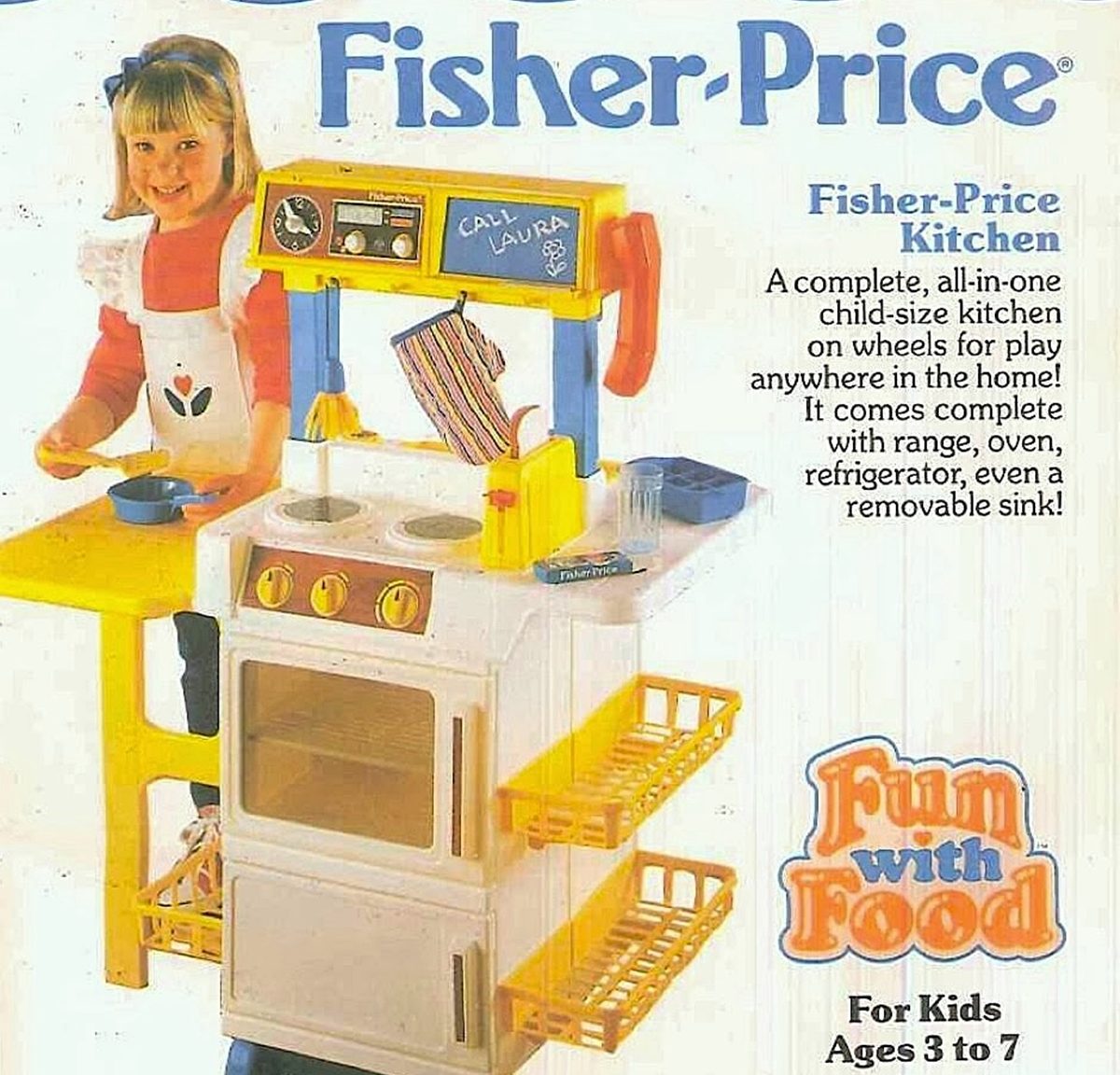 It’s clear why Fisher-Price dominated the toy market. Who wouldn’t want a complete home kitchen that even has a removable sink?