When publishing these nostalgic posts, we often ask you which items you think we should have included on our lists. And to prove that we do actually read your comments, below are 10 yummy desserts that you pointed out we should have, but didn’t, include on a previous pudding related post!

How many of the following desserts do you remember eating when you were a child? And which was your favourite? 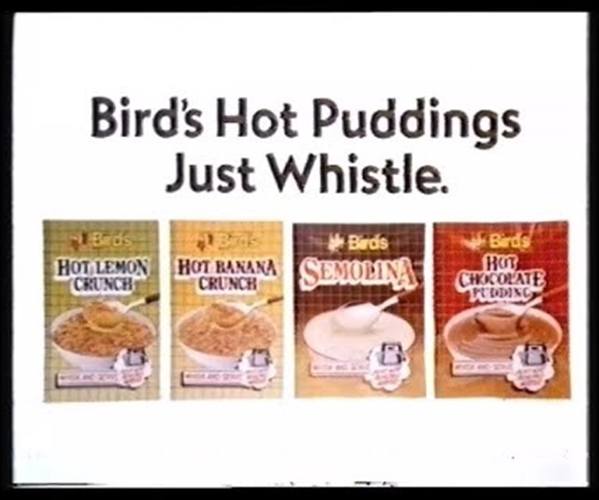 Some of you could not believe that we didn’t include Bird’s delicious Hot Crunch Puddings on our previous post, and we admit to giving ourselves a little slap, because we do remember eating them as a child, and they were absolutely delicious!

Featuring a variety of different styles and flavours, including Hot Banana Crunch, Hot Lemon Crunch, Hot Chocolate Pudding and Semolina, all our parents had to do was add the milk, and voila, a yummy dessert was created! 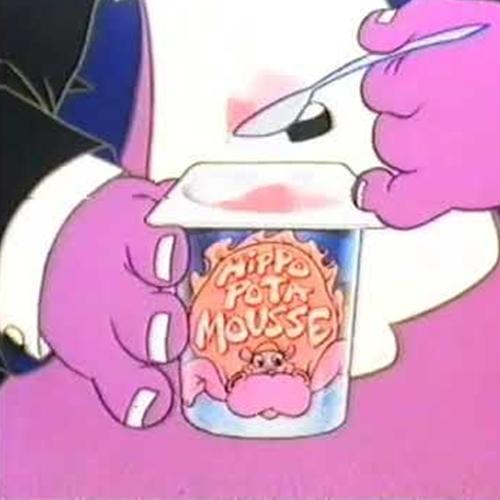 Another delicious dessert that had somehow escaped our memories in the last few decades, Hippo Pota Mousse was probably the most delicious tasting Mousse we’ve ever eaten in our entire lives!

Made by Chambourcy in the late 1980s, we only remember the strawberry Hippo Pota Mousse flavour, but we are reliably informed that there was also a flavour called ‘muddy puddles.’ Can anyone verify this? 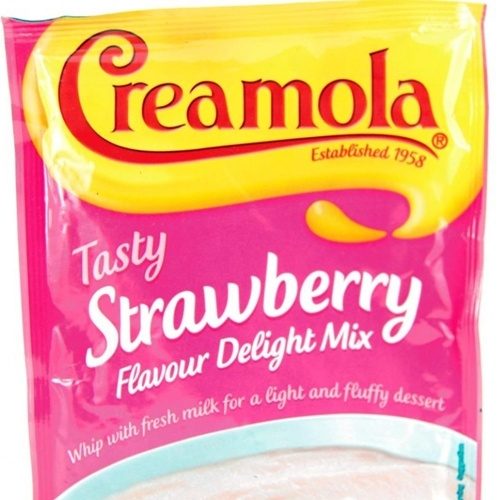 We remember consuming Angel Delight and Angel Delight only, but some of you pointed out that Creamola also released a range of similar puddings.

Including the yummy sounding ‘Creamola Tasty Strawberry Flavour Delight Mix’, Creamola instructed us to ‘whip with fresh milk for a light and fluffy dessert.’ 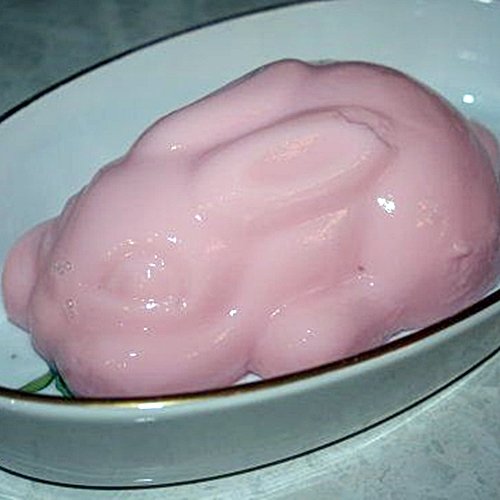 Even though it’s not spelt anything like we thought it would be, like us you may remember enjoying a delicious Blancmange dessert when you were growing up during the 1980s.

But more important than even the flavour, was the excitement of knowing which mould our mum had used to create a distinctive Blancmange shape. Because our mum definitely owned a rabbit mould, how about yours? 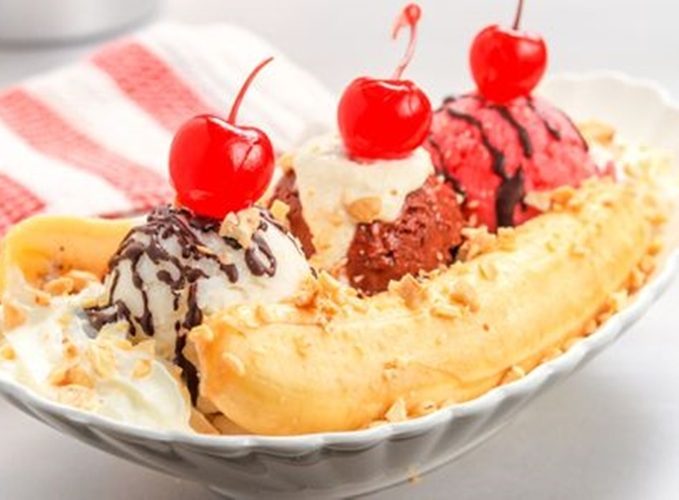 Another dessert we remember our mum making for us, and that we absolutely loved, was a banana split.

Perhaps in an attempt to get us kids to eat a little bit more fruit, our mum would cut a banana in two, and in the middle would insert ice cream, cream, and copious amounts of sprinkles. Yummy! 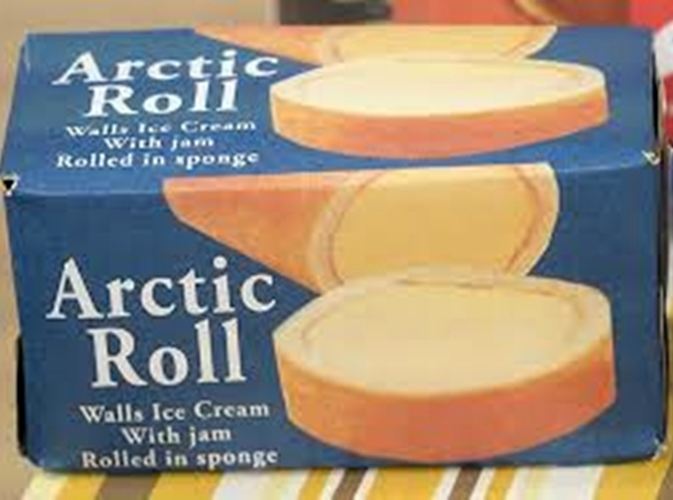 Arctic Rolls are perhaps the most brilliant dessert based idea of all time, and we can’t believe that it’s perhaps two decades since we had one!

Ice cream surrounded by sponge and separated by jam, we’re not sure there’s a better tasting pudding in the history of the world. Personally, we would remove the sponge and eat that first before starting on the ice cream. How did you eat yours? 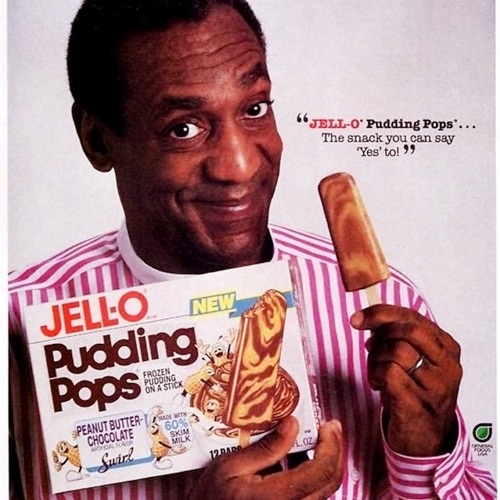 Although we can’t remember these making their way across the pond, a number of our American cousins said that they loved eating Jell-O Pudding Pops when they were a kid.

What is a Pudding Pop you may ask? Well, they’re a frosty ice pop treat that were first made and marketed by Jell-O, and they originally launched with Bill Cosby as a spokesperson. We think they’re perhaps what we would call ‘Milk Lollies’ in the UK. 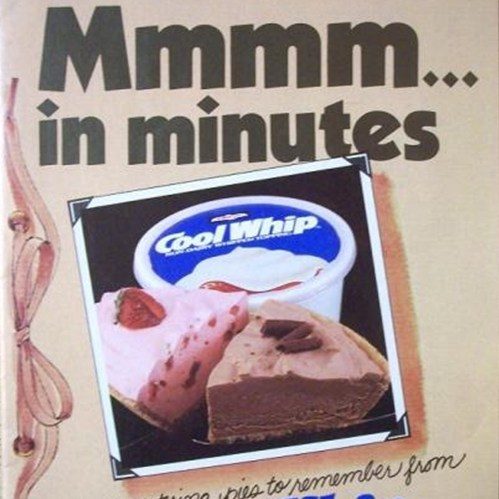 We remember Cool Whip being tins of squirty cream, the kind that as kids we always wanted to squirt directly into our mouth, despite this being something that our parents frowned upon somewhat!

But we also have from a reliable source that Cool Whip was also a range of frozen chocolate and strawberry desserts, and we have no reason to doubt them. Which do you remember? 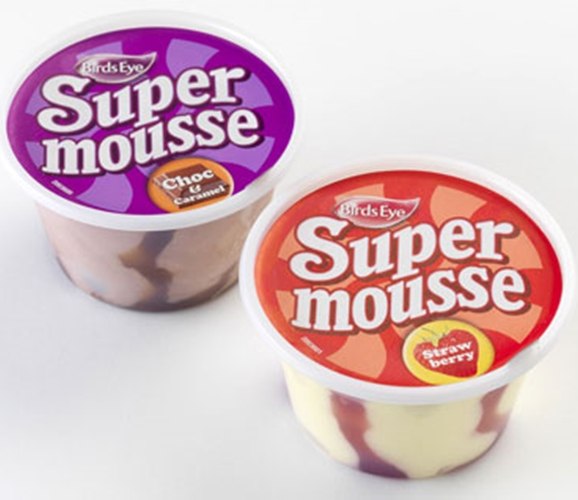 Another dessert we slapped ourselves for missing on our previous post, Birds Eye of course released a range of mousses, although personally we only remember eating the strawberry flavour, because why would you need any other?

Birds Eye Super Mousses also included a ‘Choc & Caramel’ flavour, and we really wish we could devour one right now! 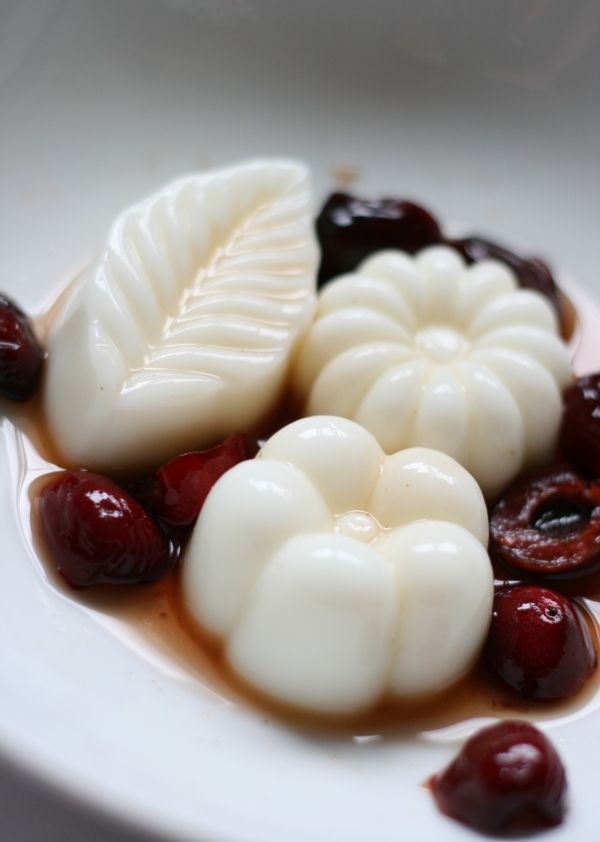 Lovelies were frozen chocolate desserts that consisted of blobs of cream made to look like a flower. Do you remember them?

Sadly, that’s all for now. Be sure to spread some delicious, tasty, nostalgic memories to your friends and family by sharing this post with them!