Whilst the young people of today play video games that feature life-like visuals, groundbreaking AI and revolutionary sound effects, they still cannot compete with some of the games we enjoyed back in the 80s and early 90s. Because, whilst the technology has improved greatly, the game-play often has not, and we don’t know about you, but we’d much rather take Horace Skiing again than join up with the masses currently playing FIFA and Fortnite.

So below, for your nostalgic viewing pleasure, are 10 amazing retro video games that you may have forgotten you even played!

Please do post a comment letting us know how many of the games you do remember playing, as well as which one was your absolute favourite! And be sure to share this post with your fellow Eighties Kids, so that they too can take a nice, nostalgic trip down video game memory lane! 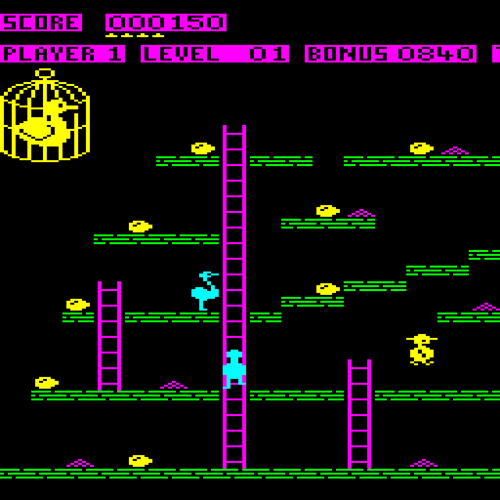 Who remembers playing Chuckie Egg? And if you do, can you remember the name of the chicken you played as?

He was of course called Hen-House Harry, and your task was to try and collect all of the eggs dotted around each level before the timer ran out! 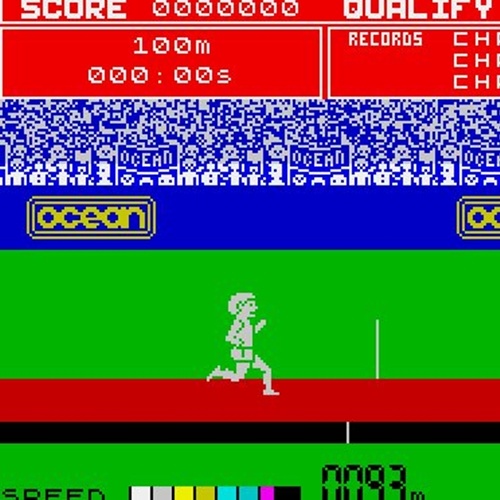 The Daley Thompson games are mostly remembered for the number of keyboards or joysticks they destroyed.

Because, whilst the games themselves were extremely fun, the amount of wiggling or bashing required to get Daley to win his events meant that many a Spectrum keyboard’s Z or X key were damaged beyond repair! 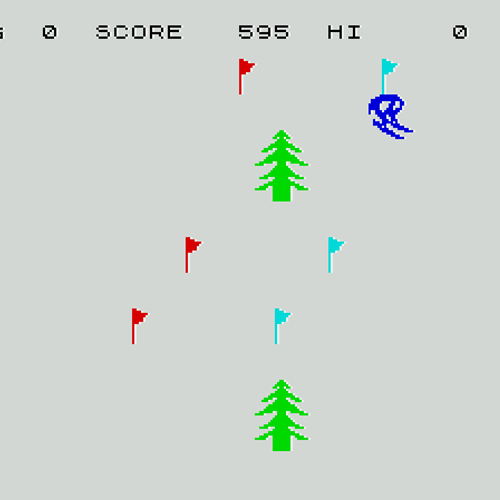 Horace Goes Skiing was one of the most frustrating games ever created, but we still couldn’t stop ourselves from having ‘just one more go.’

Horace Goes Skiing was actually the second in a series of 5 Horace games, and it saw you having to guide the extremely ugly character of Horace across a road before you donned your skis and ploughed into a tree! 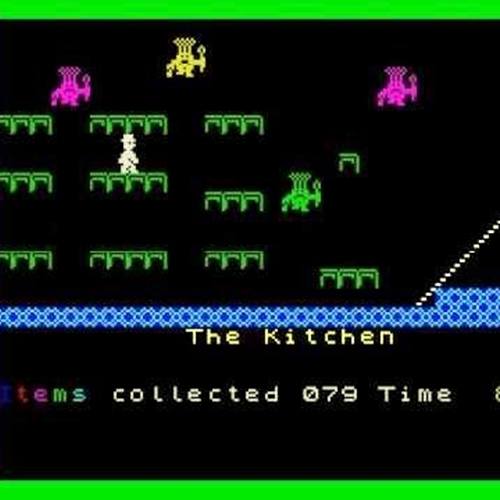 Some of you will remember playing Jet Set Willy, but can you remember which game it was the sequel to?

It was of course the follow up to Manic Miner, and it saw you controlling Miner Willy, tidying up a house after a big party! 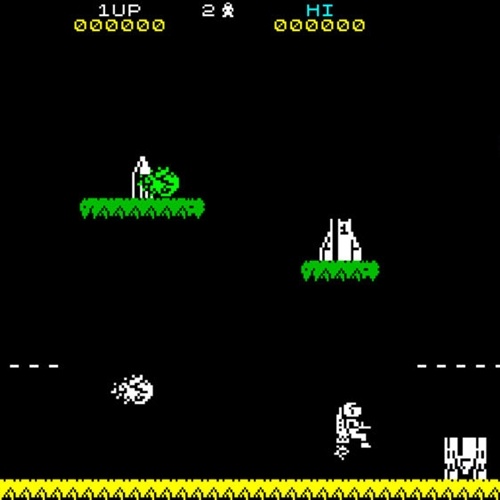 Another game that was rock hard but oh so addictive was Jetpac.

Jetpac saw you building rocket ship and filling it with fuel, which would have been simple enough if it wasn’t for the waves and waves of increasingly annoying aliens that tried to stop you. 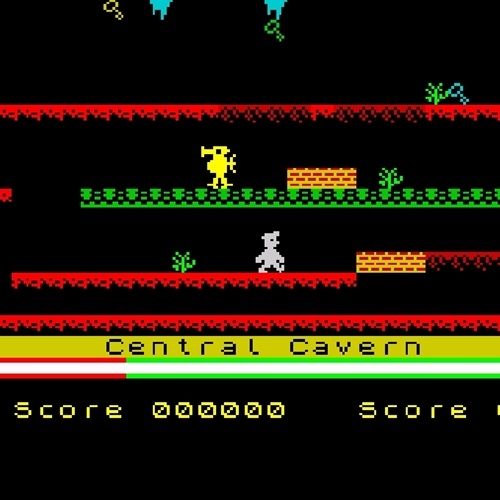 We have already mentioned its sequel, but in our minds Manic Miner was the original and the best.

We would constantly be trying to get further than our school friends in what was one of the very first platform games ever made. 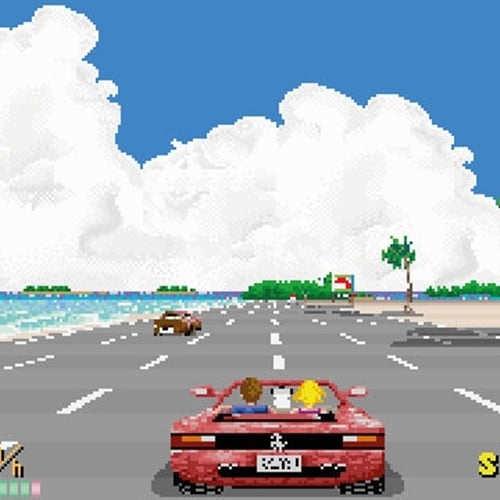 It may seem dated now, but at the time Out Run was one of the most amazing things we had ever seen, with brilliant graphics and sound.

Not only that, but you got to have a lovely blonde lady in your passenger seat! 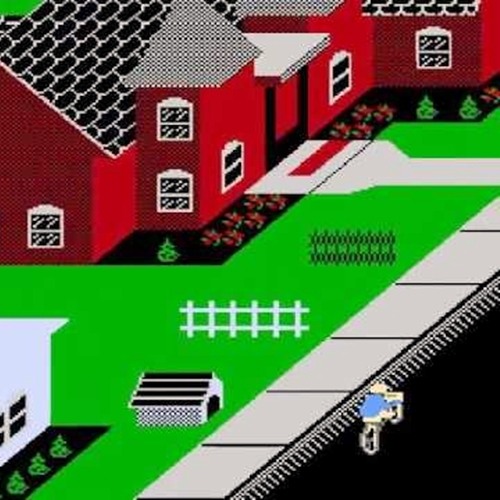 Being a real life Paperboy was a wet, cold, dull and badly paid affair, but somehow, when we played the game on our NES, it suddenly became the most exciting thing ever!

Paperboy was the very first NES game developed in the United States, and it’s a game that is still loved by many to this very day. 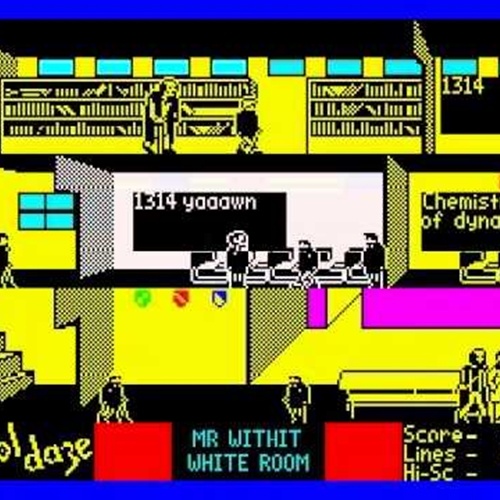 Who remembers playing Skool Daze? And can you remember the name of the game’s main character?

He was called Eric, and we enjoyed making him get up to all kinds of naughtiness, performing actions that we would never even dream of carrying out at our real life school! 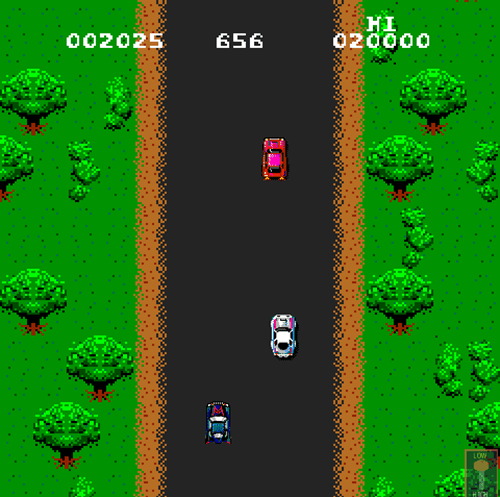 Spy Hunter made us feel like we were Mr James Bond himself, letting us control a car that even turned into a boat if you made it far enough into the level!