10 Toys Only 80s Kids Will Be Able To Remember

There are some toys from the 1980s that will definitely be familiar to people who were raised in other decades. He-Man, My Little Pony, Transformers and Care Bears are examples of toys ranges that may even be familiar to some young people now, because not only are many of them still available to purchase today, but they were so popular 35 years ago that their memory has been passed down through many generations…

But there are definitely some toys that will only be familiar to those of us who were raised during the greatest decade there ever was, and below you can see what we believe are 10 of the very best examples. 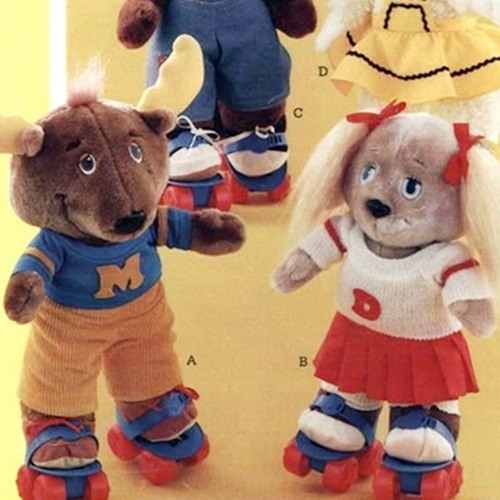 We would place a bet that most of you had completely forgotten about the Get Along Gang, but at the same time, we suspect that seeing them again has made you say “oh yeah, them!”

The Get Along Gang were a collection of 12 animal characters who lived in the town of Green Meadow and had adventures that taught us about the value of working together as a team. 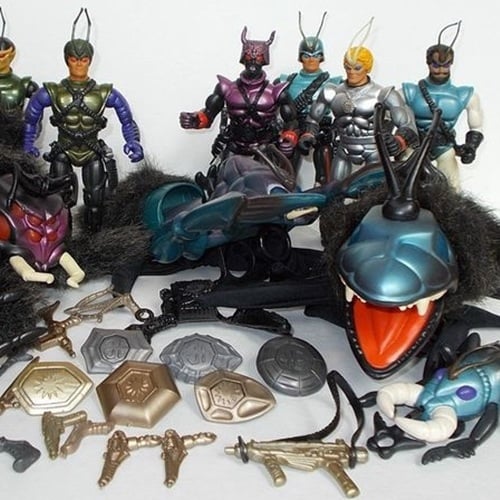 Men who look a bit like insects riding around on giant bugs – is it ringing any bells at all?

Sectaurs: Warriors of Symbion was a toy line that released in 1985 alongside an animated 5 episode mini-series. Does anyone remember watching the cartoon or owning any of the toys? 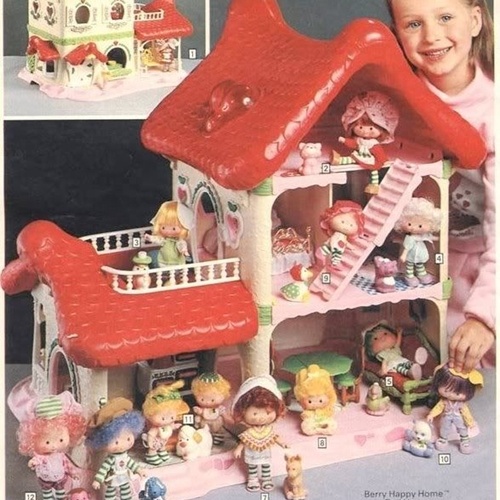 Whilst we know for a fact that while many of you 80s girls (and boys?) owned a Strawberry Shortcake doll, we suspect that only a select few were lucky enough to get your hands on her gorgeous ‘Berry Happy Home Dollhouse’.

The massive Dollhouse featured a front porch, balcony and skylight, all spread out over 3 floors! 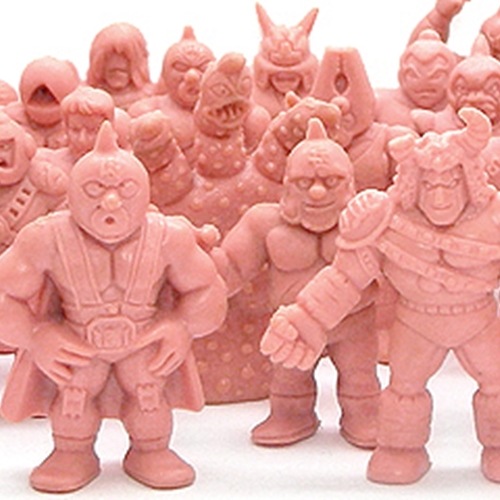 These pink, strange-looking toys will be unfamiliar to most, but we know that some of you will remember M.U.S.C.L.E. figures with much fondness.

They originated in Japan, and once you started your collection it was extremely hard to stop until you had acquired them all! 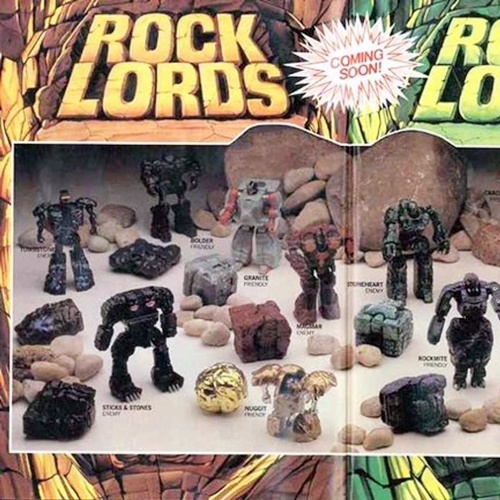 Rock Lords were robots that transformed into, um….. rocks, and we bet that some of you owned at least one of them.

Rock Lords were actually a spin-off from GoBots after the movie GoBots: Battle of the Rock Lords was released. 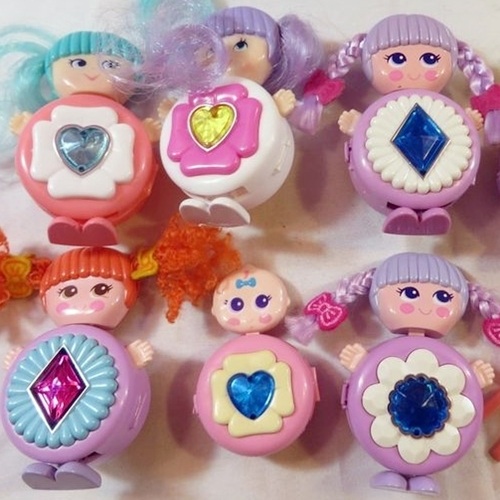 They might look rather bizarre to the young people of today, but Sweet Secrets hid a secret, one that only true 80s girls will be able to tell you about!

Sweet Secrets were actually dolls that doubled as our own special little jewelry boxes, and boy did we love them! 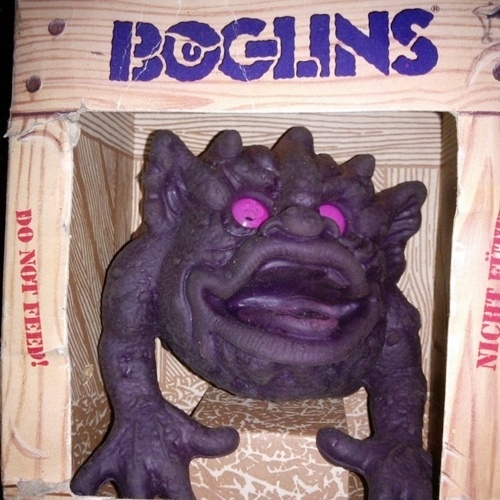 Boglins were hand puppets made of rubber that could be controlled to make them look like they were talking and pulling a number of different scary faces.

Whilst we were never lucky enough to own a Boglin ourselves we knew friends who had one, and we were extremely jealous! 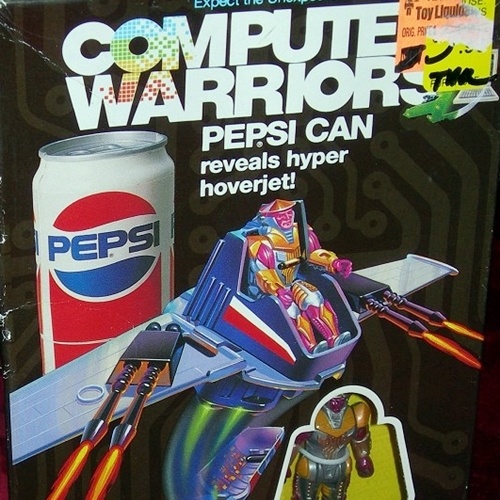 Even the most ardant 80s toy fans among you will be hard-pressed to remember Computer Warriors.

They were troops that hid in everyday household objects (like Pepsi cans) and apparently their plan was to take over the world by taking over our computers! Unsurprisingly they weren’t too successful and didn’t last long. 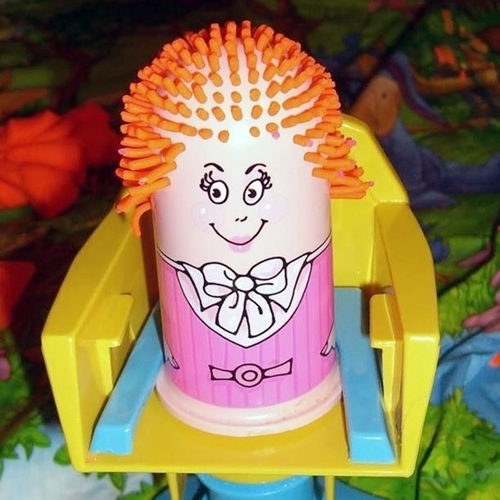 Whilst Play-Doh is still extremely popular to this day, it was back in the 1980s that one of the greatest sets was introduced: that, of course, being the ‘Mop Top Hair Shop’ (also known in some regions as the ‘Fuzzy Pumper’ for its pump-action hair growth).

In case you’ve forgotten, you would insert a character in a specially configured chair and pump Play-Doh up through the holes on their head to create brilliant individual haircuts. 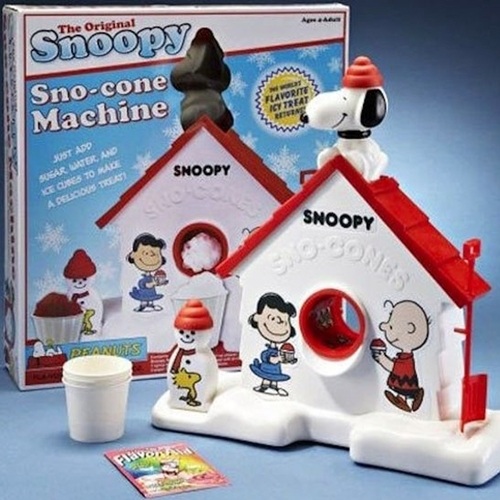 Most of you will remember wanting to own a Mr Frosty, but who remembers the very similar but definitely inferior Snoopy Sno-Cones Machine? Warning: may contain traces of Peanuts.

Sadly that’s all for now. If you have enjoyed reading this post, please do spread some lovely, nostalgic, toy-based memories to your friends and family by sharing it with them!