If you’ve taken a trip through a toy shop recently, then you’ll know so that it really doesn’t feel the same as it did during our childhood. It may be because we’re older and more boring, or perhaps it’s because the toys we’re seeing in the shops today simply aren’t as good as the ones that were available to purchase during the 1980s.

But forget about modern day toy shops for a moment, because today we plan to transport you back to the days of Toys R Us, with the following 10 wonderfully nostalgic toys and games. 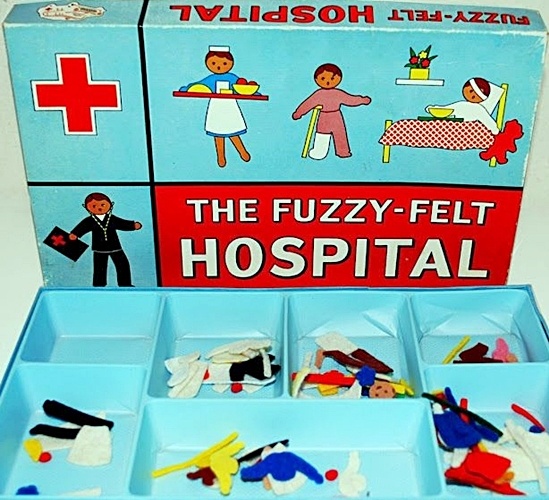 It was simply sticking pieces of cut-out felt onto a board, but those of you who remember owning a Fuzzy Felt set will recall the joy it gave when you were able to create your very own unique felt masterpiece.

There were a number of different Fuzzy Felt sets, including ones that let us create hospitals, parties, and even a teddy bear’s picnic. Which one do you remember owning? 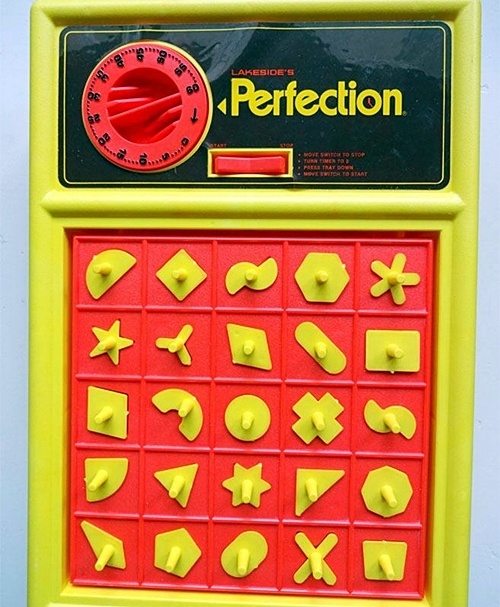 You may have seen the meme that jokingly lays the blame at the game Perfection for many of us having to seek counselling as adults, and whilst it’s obviously tongue-in-cheek, there is a small amount of truth to the gag.

In case you’ve forgotten, Perfection saw us having to complete a simple shape-based puzzle, but the strict time limit meant that it was probably one of the most stressful things we’ve ever had to endure! 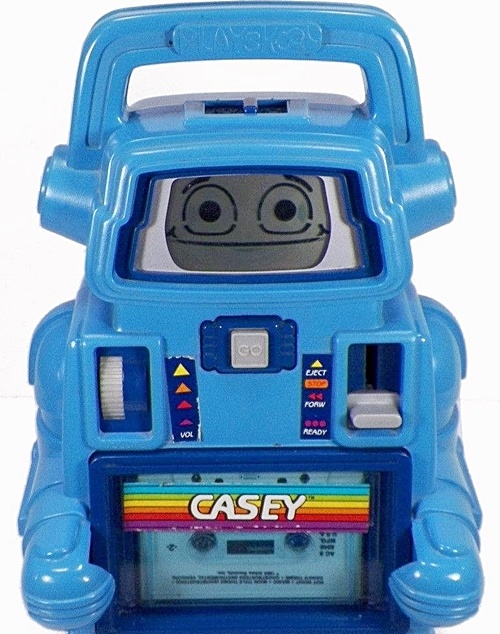 Our childhood was full of different toy robots on our local toy shop’s shelves, and many of you will remember the Dingbot for example. But how many of you were lucky enough to own Casey the Talking Robot?

Not only could Casey play your favourite cassette tapes, but his LCD face also meant that he could sing along to them! 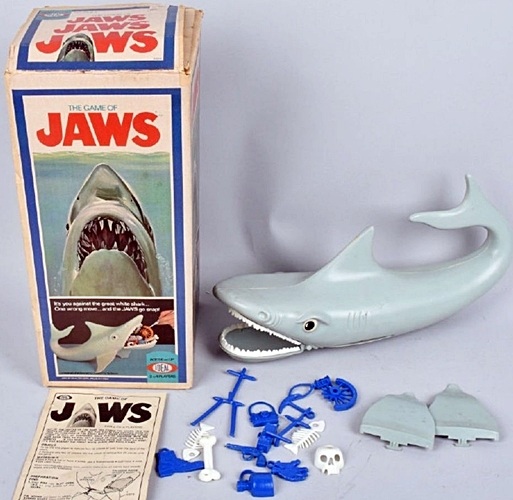 We’ve already talked about stressful games when mentioning Perfection, but another game that sent shivers down our spine was the one where you had to recover various items from a shark’s mouth.

Jaws required that we had the steady hand of a heart surgeon, otherwise the legendary white shark’s jaws would snap shut, and the shock of it was enough to send us screaming to Mummy! 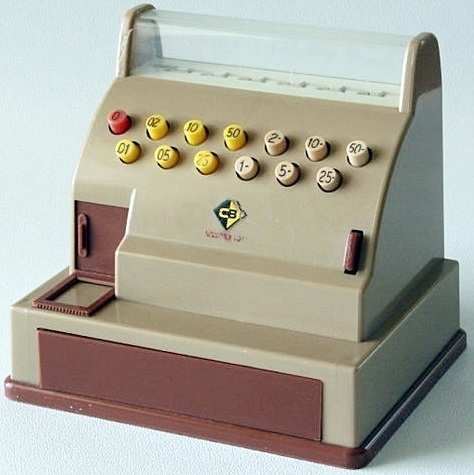 We all enjoyed ‘playing shop’ as children, and there were a number of toys that let us fulfill our store clerk based fantasies from the comfort of our own homes.

Caston’s brilliant Cash Register came with lots of fake plastic coins, which quickly got lost under sofas and behind cupboards! 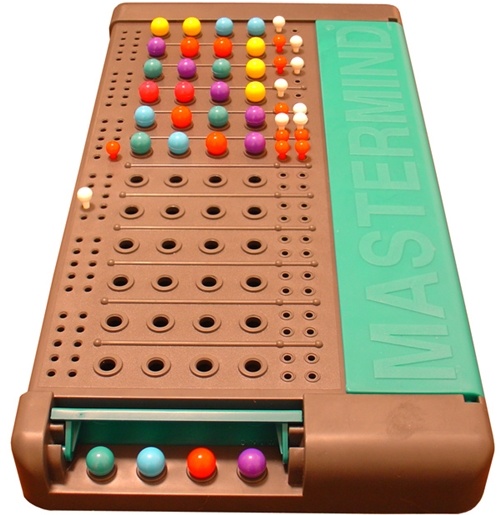 Mastermind was a simple but addictive game that saw you having to guess a combination of colours which your opponent had hidden away from you.

Success was mainly down to luck or trial-and-error, but if we were able to guess the sequence quickly then we always put it down to our amazing mind reading abilities! 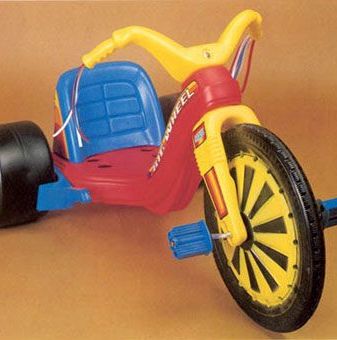 We all need to ‘get around’, and that was no different when we were children growing up during the 1980s.

Thankfully there were a number of ride-on toys available for us to purchase, and the brilliant Big Wheel Trike was surely one of the greatest of these, making us feel like we are riding a kid’s version of a Harley-Davidson. 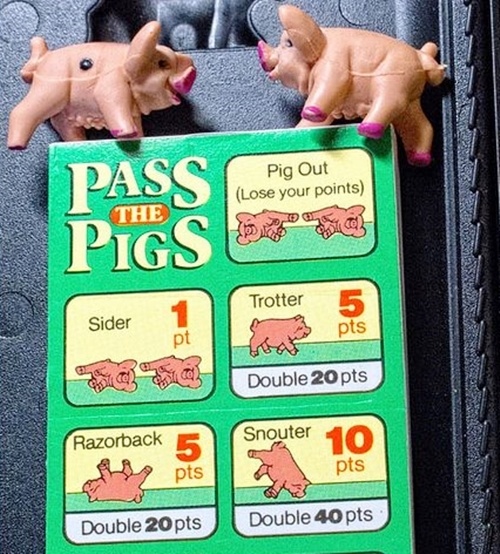 If you’ve never heard of Pass the Pigs, then the thought of throwing tiny little pigs around being a game may seem slightly ridiculous, but what a game it was!

Pass the Pigs is still available to purchase today, so if you fancy a bit of nostalgic gaming action, then make sure to go and pick yourself up a copy. 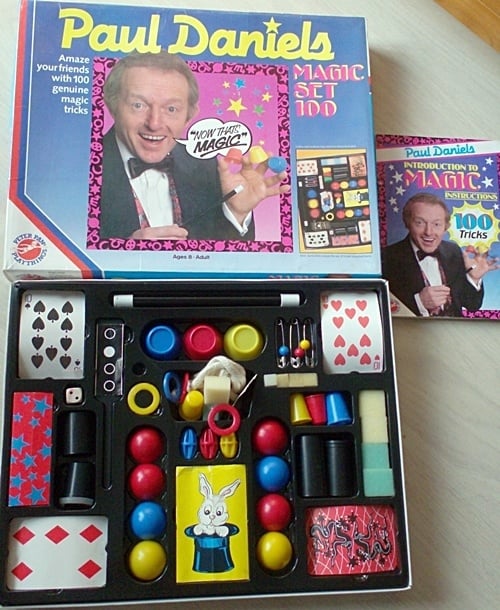 We all wanted to be Paul Daniels, and not just because he was married to the gorgeous Debbie McGee. And we were in luck, because the Paul Daniels Magic Set let us perform tricks just like the great man himself.

The tricks may have been basic, but it didn’t matter one bit, because we really believed that we were bamboozling our parents with our amazing sleight of hand and feats of incredible deception, and that was all that really mattered. 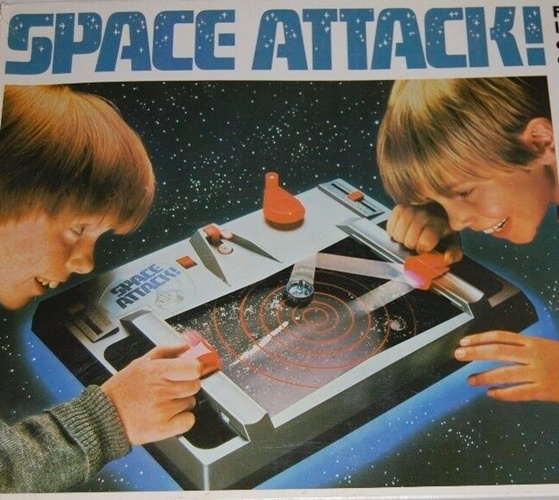 One of the greatest games of our childhood, Space Attack was a fierce, fun and ferocious battle of wills and reflexes that we remember playing for hours.

The wind-up mechanism would release the spinner, and the next few seconds would see us having to defend our half of the board using a small plastic slider. It may look simple, and the playing area appears tiny to our adult eyes, but Space Attack! is an experience that we will never forget.