In the early 80s, a fantasy movie was released that took us to another land in another era and gave us action, adventure and mythical beasts that astonished us with amazing special effects. That film was 1981’s Clash of the Titans. While Desmond Davis’ epic would one minute have us laughing, the next we would be terrified of the on-screen monsters created by legendary effects artist Ray Harryhausen.

The film has gone on to become a real cult classic, and has even had a big-budget remake in recent years, though this sacrificed much of the charm of the original by introducing CGI effects. Let’s take a look at 1981’s Clash of the Titans, the original and best, with some facts about the film you may not have known.

10. Ursula Andress gets top billing for saying just one line

In many of the original posters for the film, Ursula Andress took top billing as Aphrodite, as she was a name that could draw a crowd.

In the final film she actually only had one line!

When offered the role of Perseus in Clash of the Titans, Harry Hamlin had to make a choice as he had also been considered for Richard Burton’s Arthurian epic Lovespell.

Hamlin’s role instead went to English actor Nicholas Clay, who would go on to greater fame in 1981’s Excalibur – also, coincidentally, an Arthurian film.

8. Hamlin made Titans to work with Laurence Olivier

Hamlin wanted to appear in Lovespell so he could star alongside Richard Burton.

He ultimately chose Clash of the Titans to appear opposite Sir Laurence Olivier, the one actor he considered even greater than Burton! 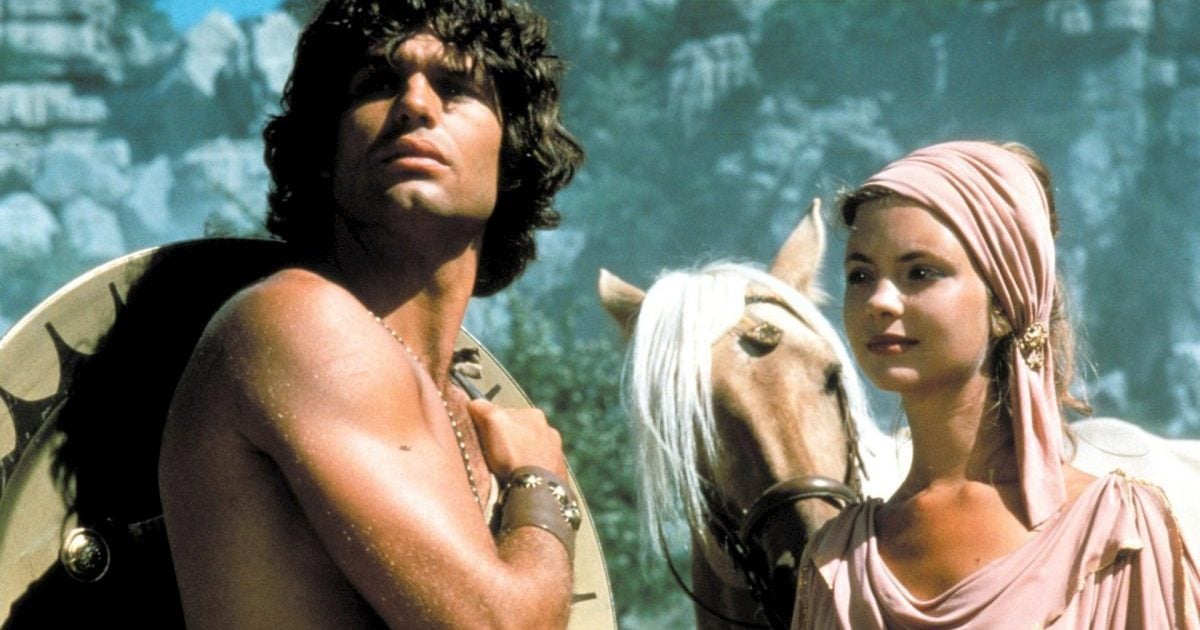 Whilst starring together in Clash of the Titans, Harry Hamlin and Ursula Andress fell in love.

They lived together for four years, even having a son together – Dimitri Hamlin.

6. Bubo was supposed to be Titans’ answer to R2-D2

It was decided to introduce Bubo, the mechanical owl, into Clash of the Titans, after the success of Star Wars and the popularity of R2-D2 in particular.

The producers wanted to emulate this with Bubo.

In Clash of the Titans, the main titan in the film is the Kraken, which Perseus has to face at the end of the film.

The Kraken is actually from Norse mythology and so was not actually a Titan in Greek mythology at all!

During the film, the other Titan that appears is the terrifying Medusa.

Whilst Medusa does indeed appear in Greek mythology, she was never considered to actually be a Titan by the Greeks.

3. The hell hound would have had three heads but two were just easier to animate

In the film, Dioskilos is the hell hound with two heads.

In Greek mythology the hell hounds had three heads, but animating a third head would have taken too much time for Ray Harryhausen to complete successfully and so was reduced to two.

2. Olivier was extremely unwell during filming

During the filming of Clash of the Titans, Sir Laurence Olivier was very unwell and struggled throughout.

He reportedly physically leaned on co-star Pat Roach often, saying “Let me draw some of your strength, dear boy.”

1. Harry Hamlin refused to film the more graphic death scene that was planned for Medusa

In the initial script, Medusa was beheaded graphically when Perseus threw his shield at her.

Harry Hamlin refused to film this and even threatened to fly home if it wasn’t changed so that the film would get a wider release and was more in keeping with the Greek mythology.