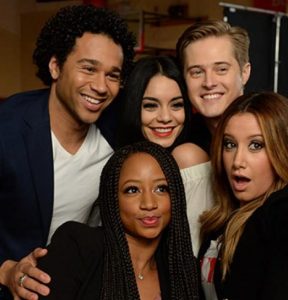 High School Musical was a phenomenon. It sky-rocketed the careers of its stars Zak Efron and Vanessa Hudgens, who have gone on to star in hugely popular movies like 17 Again and The Princess Switch, and one of whom has since starred in a musical on Broadway. Even now, the first film is the most successful Disney Channel original movie of all time, and the third instalment was so anticipated that it became the first Disney Channel original movie sequel to get a worldwide theatre release.

Though it has been over 10 years since the first instalment premiered, fans are still in love with the story of Troy and Gabriella, and cast members are still teasing a return to East High. In fact, one prominent cast member even went as far as to say that it’s not a matter of ‘If’ there’s a reunion movie, but ‘when’. With that promise, and a new High School Musical series making its home on the Disney Channel, it’s clear this classic love story won’t be forgotten any time soon, which is why we’re counting down the top 10 things you probably never knew about High School Musical. 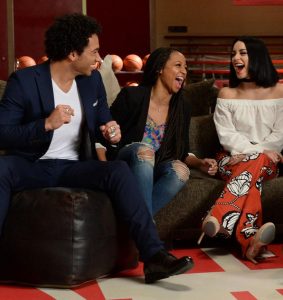 10. The title was a placeholder 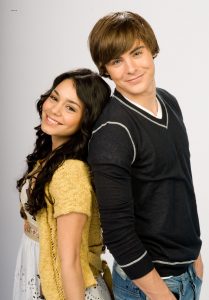 The name High School Musical might be iconic now but, when you look at it objectively, it’s actually a pretty generic title. That’s by design, since the title was only created to quickly explain the movie to executives during the pitching process, and was never supposed to make it to the final version of the film.

Unfortunately, no-one could come up with a better title, and over time the original just kind of stuck. When it came time to release the film, everybody just kind of looked at each other and shrugged, and agreed to go with “High School Musical” even though they didn’t like it very much. 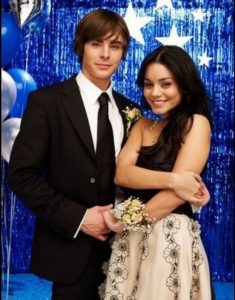 9. Sharpay and Ryan were originally black 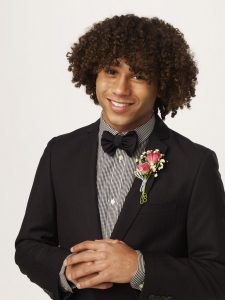 Ryan and Sharpay are two of the most recognisable characters that Disney have ever produced, and it’s hard to imagine them being portrayed by anyone other than Ashley Tisdale and Lucas Grabeel. However, the casting directors originally wanted to go in a much different direction with the duo, specifically putting out casting calls for actors of colour to fill the roles of the siblings.

Ryan was an easy cast, and first went to actor Corbin Blue, who then went on to play Chad instead. However, no actress lived up to the producer’s vision of Sharpay, and Tisdale was perfect from her first audition. This led to a complete reshuffling of the cast, and the bringing on of Gabreel to play Ryan opposite Tisdale. 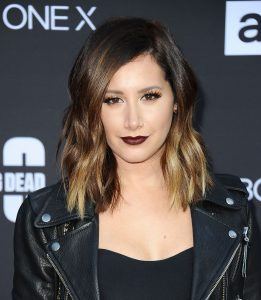 8. One cast member had to sue their own parents 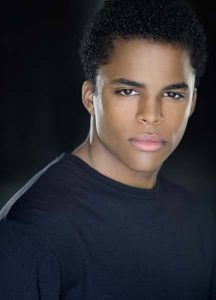 The High School Musical franchise quickly became Disney’s superstar property at the time, and went on to make more money than even they expected. This led to many of the movies’ principal actors becoming fairly wealthy, but since they were children when the films were recorded, much of that money ended up in trusts.

The downside to this it that the actors’ parents had access to all their earnings, and some took serious advantage. In particular, the parents of Chris Warren Jr, who played Zeke, continually dipped into his savings from 2001 to 2013. The actor finally sued and won the right to the money back, leaving his parents in over 300,000 dollars worth of debt to their son. 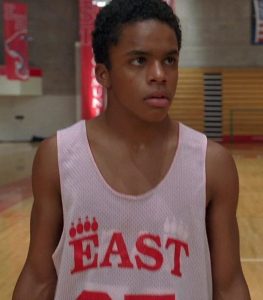 7. The teachers almost had a duet 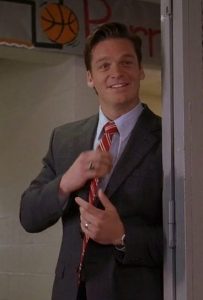 Unsurprisingly, the plot of High School Musical has a heavy focus towards the lives of the actual high schoolers. However, the teachers are given their moments to shine, especially in the first movie. The original film includes a subplot centring on the rivalry between drama teacher Miss Darbus and basketball instructor Coach Bolton, which almost ended up taking even more screen time.

In the first version of the script, Darbus and Bolton were given an Anything You Can Do, I Can Do Better-stye duet. The song was never filmed, probably because it took away too much attention from the main plot, but it was fully planned out and ready to go. 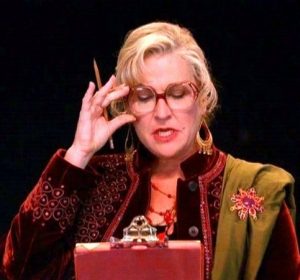 6. One cast member got in a gunfight with the police

Although most young performers are just grateful to be working, child actors do have a reputation for snapping under the pressure, and later spiralling into criminal behaviour as a result. This doesn’t happen often, but it was present among the cast of High School Musical, especially when it came to the new characters introduced in the film’s third instalment.

For example, the actor playing Rocketman was made to sign a restraining order after violent behaviour towards his ex-girlfriend, who was also a Disney cast member. Not only that, but Justin Martin (who played Donny Dion) was involved in a shootout with police, where he pointed his gun at the officers before trying to flee. In the end, he was sentenced to 18 months in prison for two counts of Assault by means of a Dangerous Weapon, amongst other things. 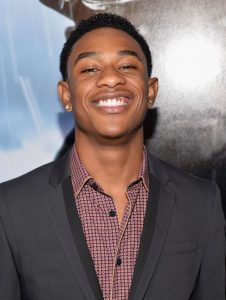 5. Sharpay and Ryan hated each other 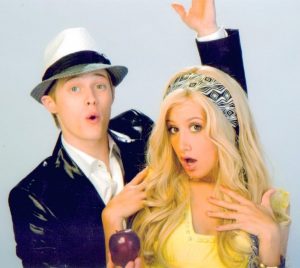 Sharpay and Ryan are the perfect duo, and the actors who brought them to life seem equally perfectly matched. However, though their onscreen chemistry was perfect for the showbizz siblings, their relationship was a little different when the cameras weren’t running. At the time, Ryan’s actor Lucas Grabeel was an introverted and focussed person, while Ashley Tisdale was just as prone to showing off as Sharpay.

This meant they immediately got the wrong impression of each other, which was only made worse when Grabeel and Tisdale rehearsed their audition scene together, and Tisdale immediately started giving Grabeel notes on his performance. 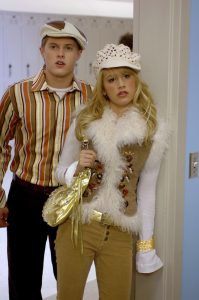 4. It was originally a Grease sequel 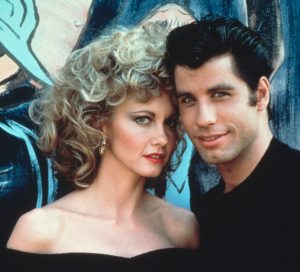 Scripts often float around for a long time before getting made, and during this time a lot of things about the project can change. In fact, in some cases the original concept can seem almost completely divorced from the final project. That’s what happened with High School Musical, which was originally conceived as the third instalment of the Grease franchise, following a new generation of students at Rydell High.

The title wasn’t the only thing to change however, as the cast list almost looked very different. Though the final movie was very much a Disney channel family affair, the first draft of the project had all sorts of big names attached, including Britney Spears, Justin Timberlake and Christina Aguilera, as well as Grease alumni John Travolta and Oliva Newton-John. 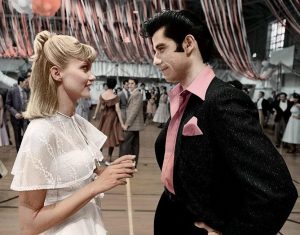 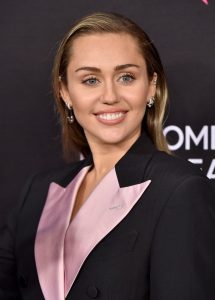 When the first High School Musical garnered it’s very own loyal fanbase, Disney were quick to capitalise on it when it came to the sequel, involving them in any way they could. Ahead of the filming of the second movie, they created polls that fans could vote on, with questions such as what food Zeke would try to make for Sharpay.

Another one of the fan questions was which Disney Channel star should be given a cameo in the second movie, and for fans the answer was obvious. Miley Cyrus, who was starring as Hannah Montana at the time, won the vote by a landslide, and was given a spot in the final dance number in High School Musical 2 as a result. 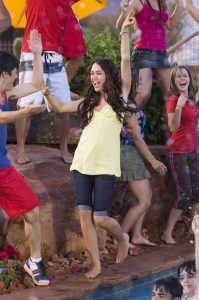 2. There was an ongoing prank war on set 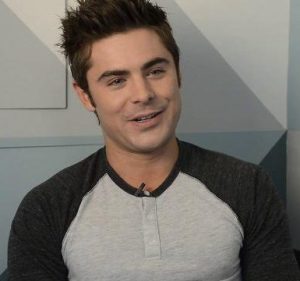 Shooting days for any movie can get long and hard, and that’s doubly true for musicals. Add in the amount of energy needed for the huge set pieces and intricate dancing in High School Musical, and it’s fair to say that the cast were often completely worn out on set. Zak Efron noticed this, and made it his mission to cheer up the cast by any means necessary, even if that meant pranking them. 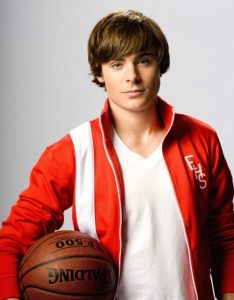 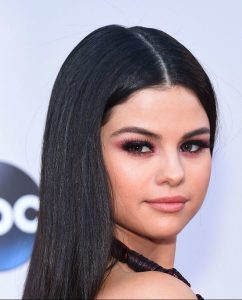 Disney’s first strategy for casting any Disney movie is to pick from the stars they already have, so it shouldn’t surprise anybody that the same was true for High School Musical 3. In particular, Disney had their eye on Selena Gomez, who was the star of Wizards of Waverly Place as well as having her own successful music career.

Gomez never confirmed it, but fans speculated that she was originally approached to play the part of Tiara Gold, Sharpay’s assistant who turns out to be planning her downfall. Unfortunately, Gomez was looking to move into more serious and challenging acting work, so she turned the role down. 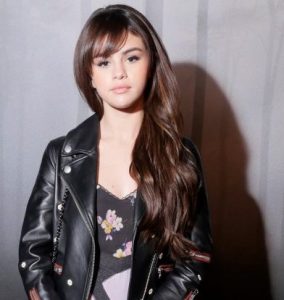