Anyone who was around in the late 80s and early 90s will no doubt have a soft spot for Pixies. Godfathers of the 1990s alt-rock boom, the band carved out a unique niche for themselves with their surrealist lyrics, dance-along grooves and huge dynamic shifts. Inspired by everything from surf rock to early punk, there’s yet to be another band that has tackled such a wide range of weird subjects in their music, or soundtracked such iconic moments in film.

However, the behind-the-scenes stories of how Pixies came to be and evolved over the years is just as offbeat and surprising as their discography. That’s why today we’re giving you a peek behind the curtain into the lives of Black Francis, Kim Deal, Joey Santiago and David Lovering, with ten facts you probably didn’t know about Pixies.

10. Many of their songs were written on the spot in the studio 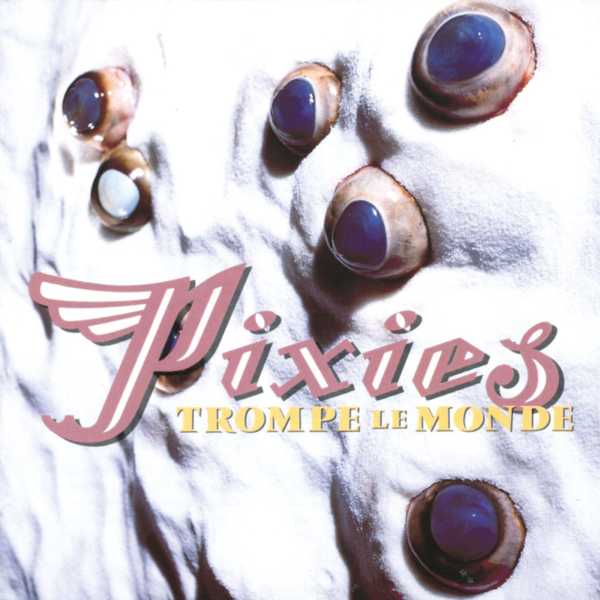 Pixies’ signature sound might seem meticulously crafted, but there has always been a certain amount of fluidity and improvisation in their musical process. In fact, several of Pixies’ most popular songs were written by Black Francis entirely in the studio, giving him very little time to improvise and finalise the lyrics and melody.

Most of Trompe le Monde, the band’s fourth studio album, was written this way, and this process was part of the development for other records as well. In particular, Francis was forced to write another verse of Here Comes Your Man on the spot, as Pixies’ record label believed it should be the lead single on their album Doolittle and so needed to be longer.

9. Francis formed the band while he was away on a college exchange programme in Puerto Rico 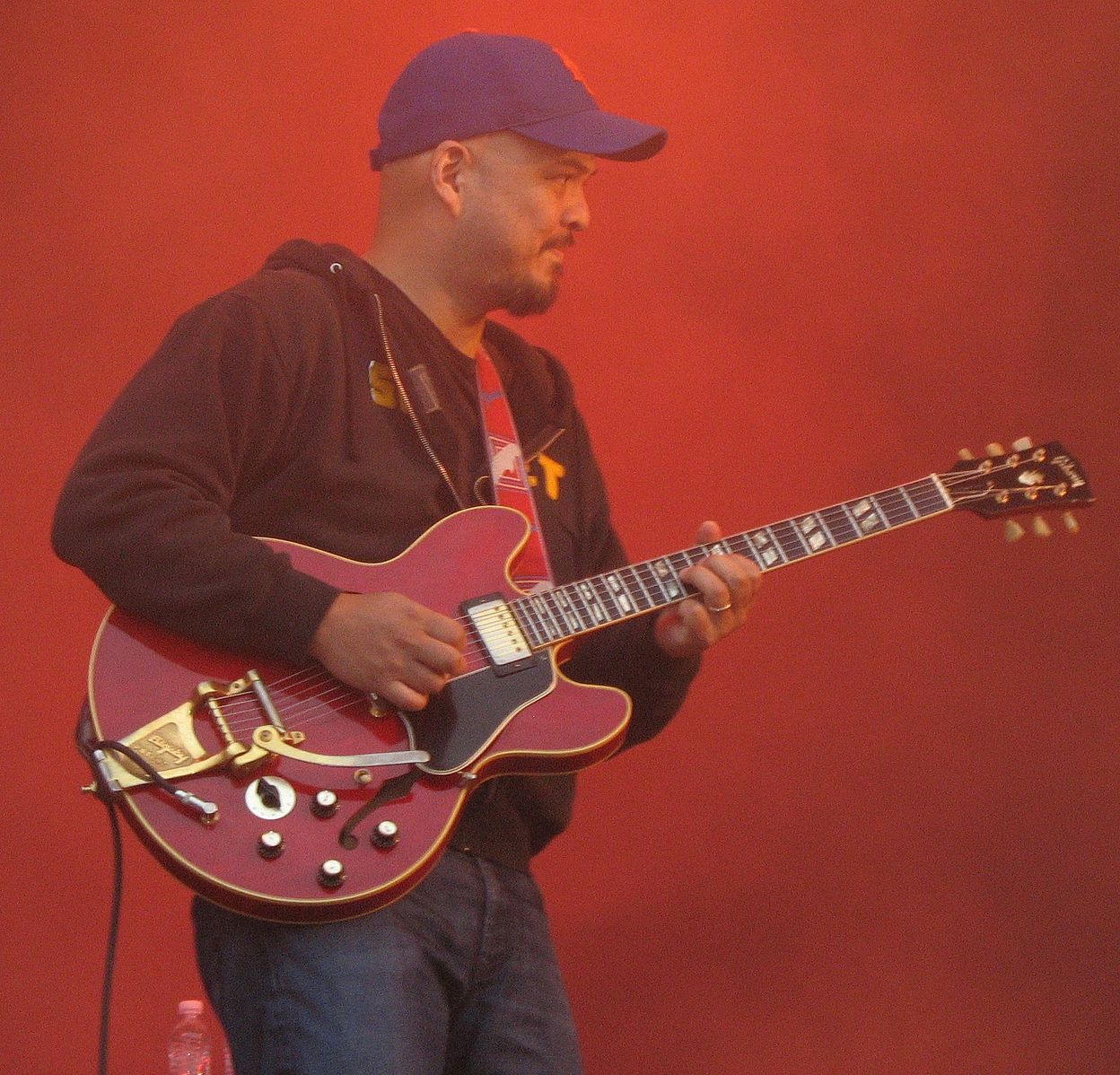 Compared to other bands with a similar amount of longevity, Pixies’ line-up has remained remarkably static over the years, with only a couple of members ever leaving or being added to the band’s list of members. As a result, it’s hard to imagine a version of Pixies that doesn’t include both Black Francis and Joey Santiago, even though that was very nearly a reality.

Francis and Santiago first met while the two were rooming in the same dorms at the University of Massachusetts, and they immediately bonded over their love of music. However, Santiago was worried about any hobbies or extra-curricular activities distracting him from his studies, and Francis was about to embark on an exchange program to study Spanish in Puerto Rico, so the band was far from a sure thing. Thankfully, Francis wrote Santiago a letter officially inviting him to join a band while he was away, and the pair dropped out of university together as soon as Francis returned.

8. One of their classmates went on to form Dinosaur Jr. 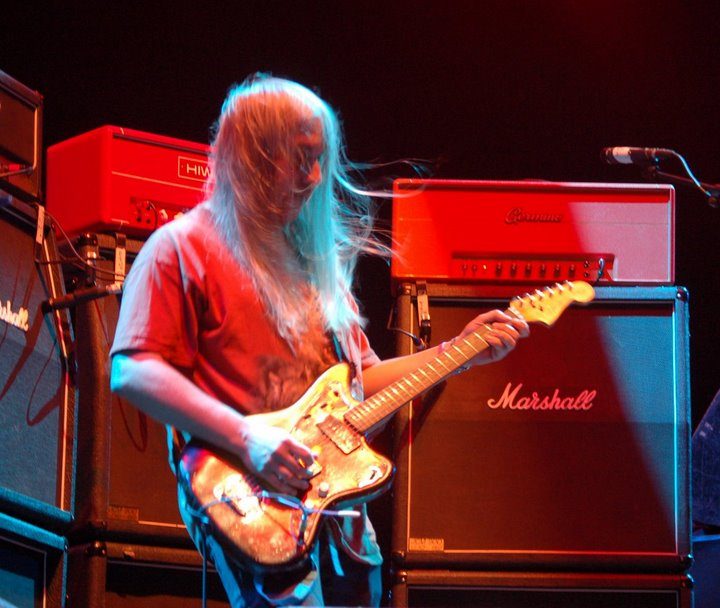 Black Francis and Joey Santiago were not the only talented musicians roaming the halls of the University of Massachusetts, as another budding frontman was also attending classes at the same time. J Mascis was a classmate of the future Pixies’ members, and the three were not only aware of each other but were also passing acquaintances.

Pixies formed in 1986, but two years earlier J Mascis embarked on his own musical adventure, forming the rock band Dinosaur Jr. Dinosaur Jr and Pixies were later called two of the “four horsemen of the Grunge apocalypse”, along with Nirvana and Sonic Youth, meaning the two acts have been closely entwined throughout their careers.

7. The song Allison isn’t about a girl at all 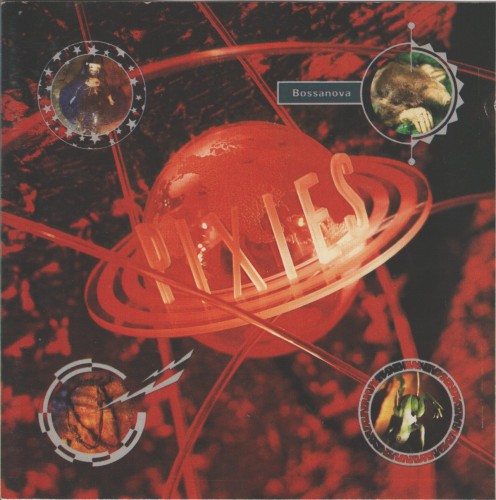 Many bands believe that once a song is written and released, it no longer belongs to the band members themselves, but instead belongs to the audience. This is definitely true for Pixies, whose songs were often interpreted wildly differently by fans than they were originally intended.

One example of this is the song Allison from Pixies’ 1990 album Bossanova, which includes lyrics like “And when the planet hit the sun, I saw the face of Allison”. Despite the use of male pronouns throughout the track, many fans interpreted the song as a loving ode to a woman named Allison. On the contrary, Black Francis wrote the song about famous jazz pianist Mose Allison; the more you know.

6. Black Francis resigned from the band by fax 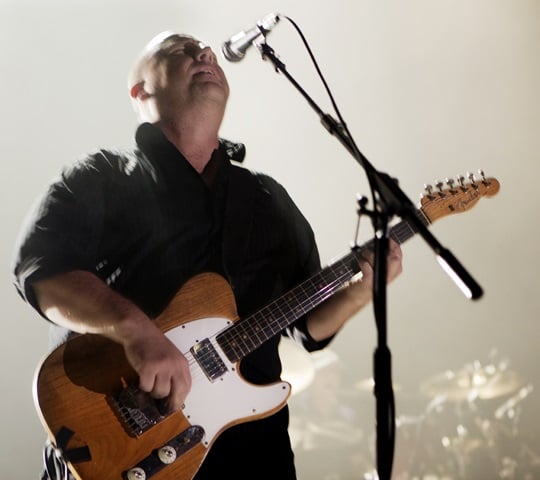 Very few bands make it from the beginning to the end of their timelines without at least one period of conflict. For Pixies, their most drama-filled moment came in 1993, when Black Francis announced on BBC Radio 5 that the band was over and he was resigning. Though many band break-ups are discussed and ruminated on for weeks or months before being announced publicly, Fracis’ radio interview was the first time he had announced to anyone that he was planning on dissolving the project.

As if that wasn’t shocking enough, Francis also informed his bandmates of his decision after announcing it to the public and offered no explanation as to why he had decided to leave. He also informed his management via a faxed letter, and former member Kim Deal had to find out from her sister, who heard it on the radio.

5. Debaser was inspired by a controversial silent movie 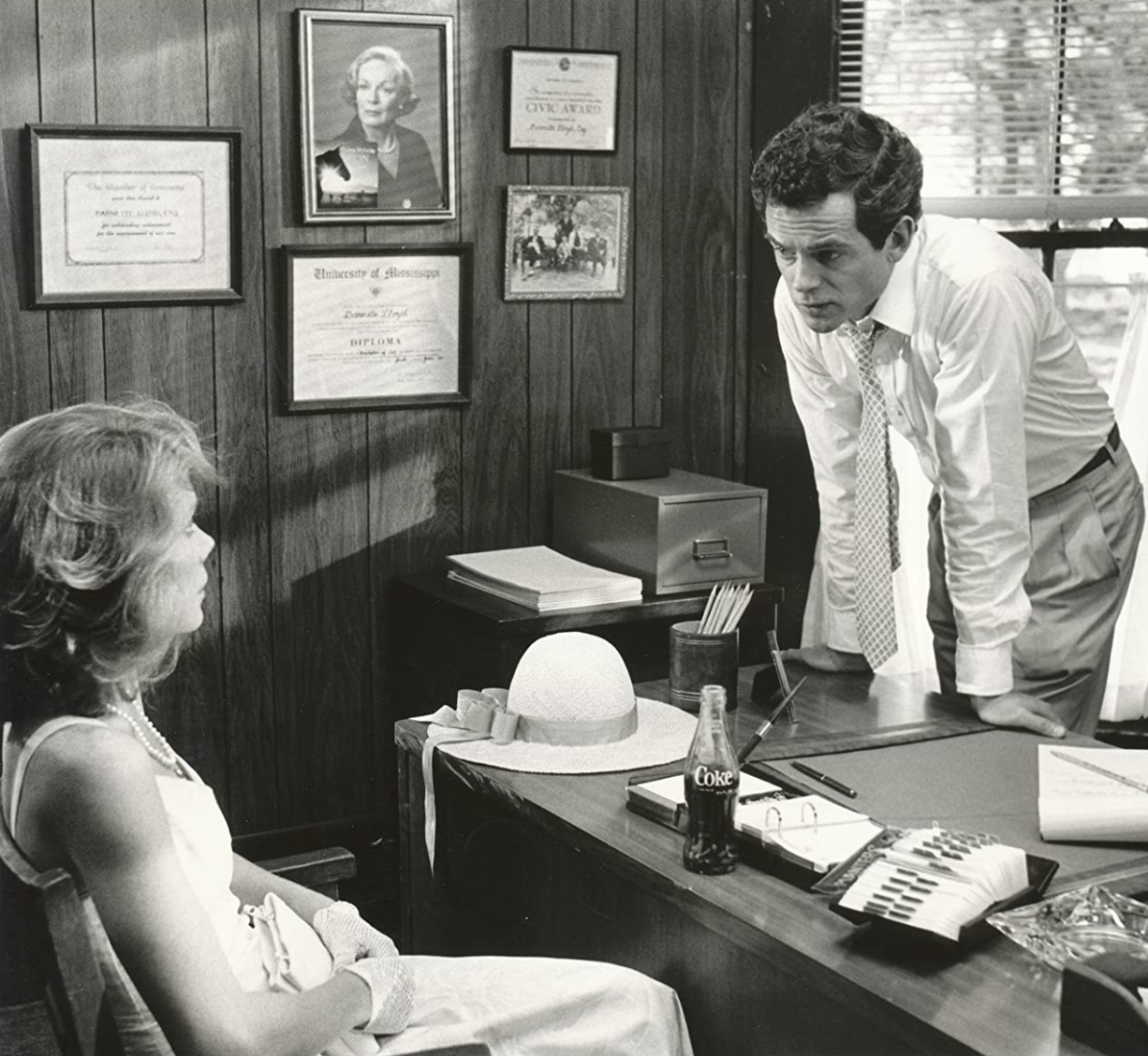 As well as writing songs in tribute to niche Jazz musicians from the past, Pixies also looked to cinema when searching for inspiration for their music. Both Debaser and Gigantic are directly inspired by movies, although the two films in question couldn’t be much further apart.

Specifically, Debaser’s lyrics reference a 1929 surrealist film made by Luis Buñuel and Salvador Dali, named Un Chien Andalou. In the film, a lady’s eye appears to be cut with a razor (hence the Debaser line about “slicing up eyeballs”). In contrast, the lyrics to Gigantic were inspired by the plot of Crimes of the Heart, a 1986 film starring Sissy Spacek.

4. They got back together by accident 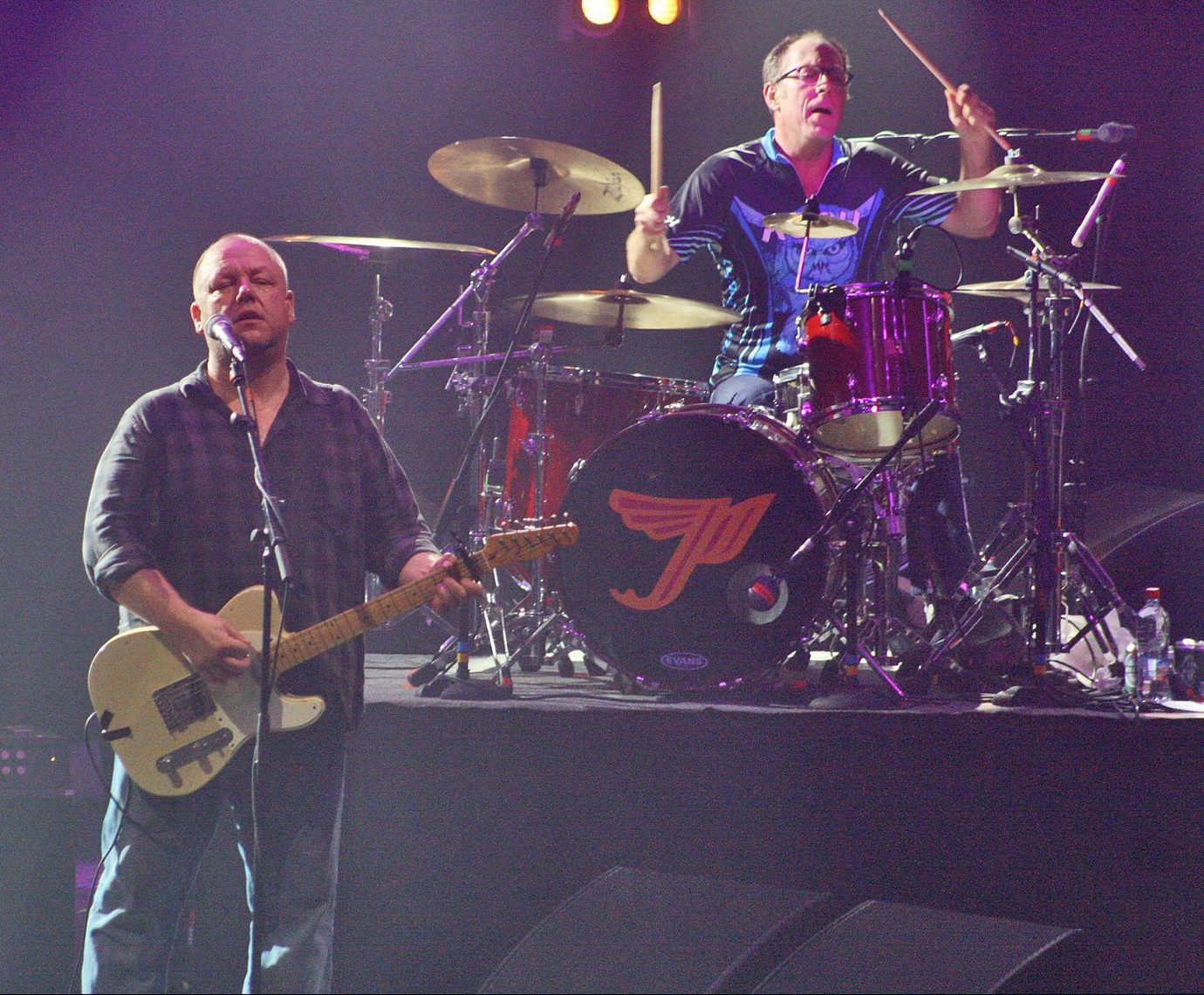 After breaking up in the early 90s, Pixies thrilled fans when they finally confirmed rumours of a reunion in 2003, and embarked on a year of touring in 2004. However, this was far from a calculated move from the band, as the reunion came about entirely by accident.

Black Francis had been incorporating Pixies members into his solo projects ever since the band split up, and was slowly adding more Pixies songs into his solo sets at concerts and festivals. This sparked rumours that a reunion was on the horizon, rumours Francis jokingly confirmed in an interview. After that, it was a scant couple of days before the former members of Pixies were discussing the possibility on the phone, and an official announcement followed soon after.

3. Their first single after reforming was actually written for Shrek 2 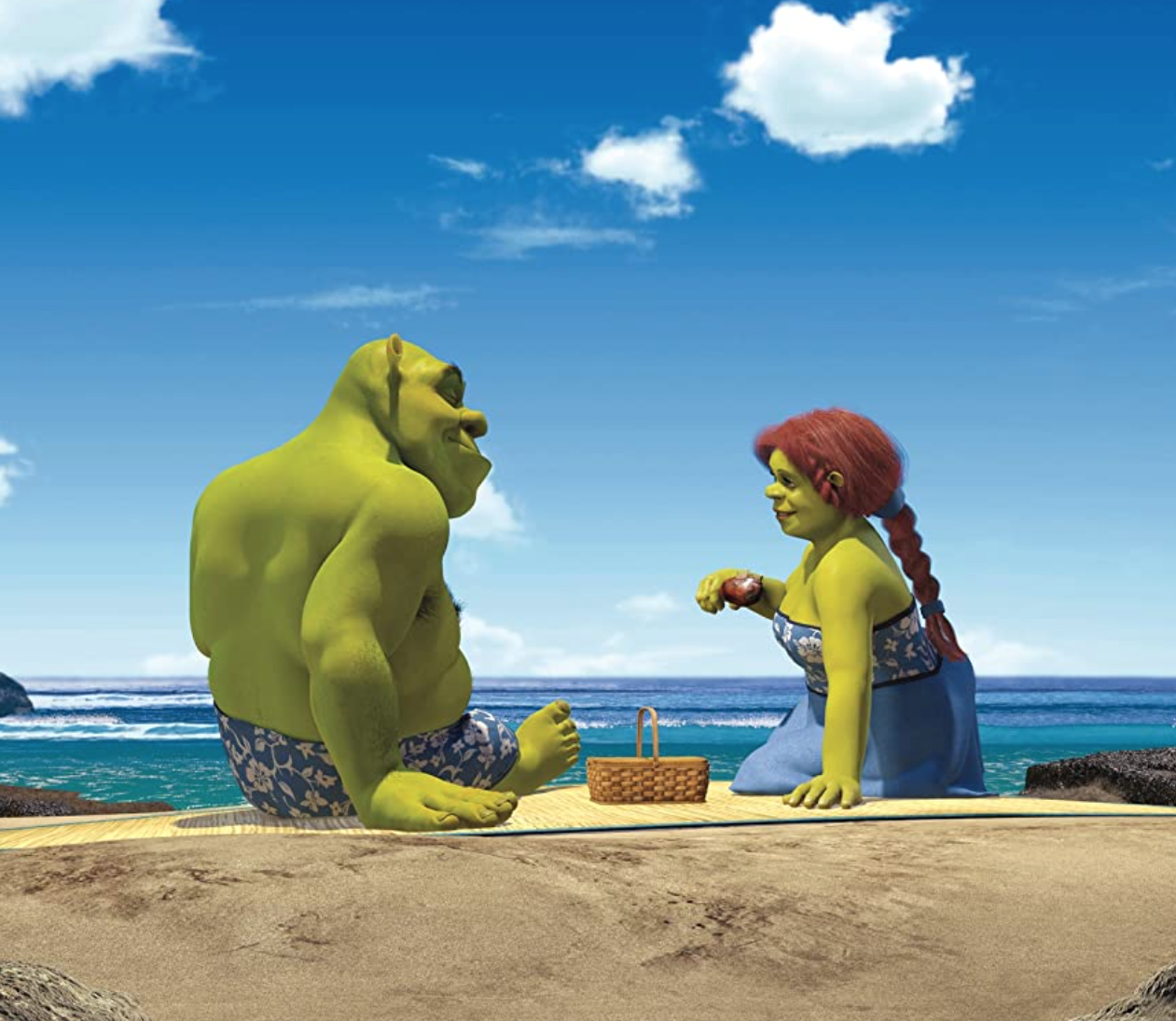 Pixies might have reunited and started touring again in 2004, but it would take until 2013 for them to release another multi-track EP, due to Kim Deal’s reluctance to write and release new music. The only exception to this is 2004’s Bam Thwock, a single that was written by Deal and released as a free download for fans.

Bam Thwock was only written thanks to a request from Pixies’ manager, who had in turn been asked by Dreamworks if the band were available to contribute to a film soundtrack. The film in question was Shrek 2, and Pixies obliged by writing a song that was initially supposed to score the opening montage. Unfortunately, Bam Thwock was rejected by Dreamworks, and the Shrek 2 opening was instead set to Accidentally In Love by Counting Crows. 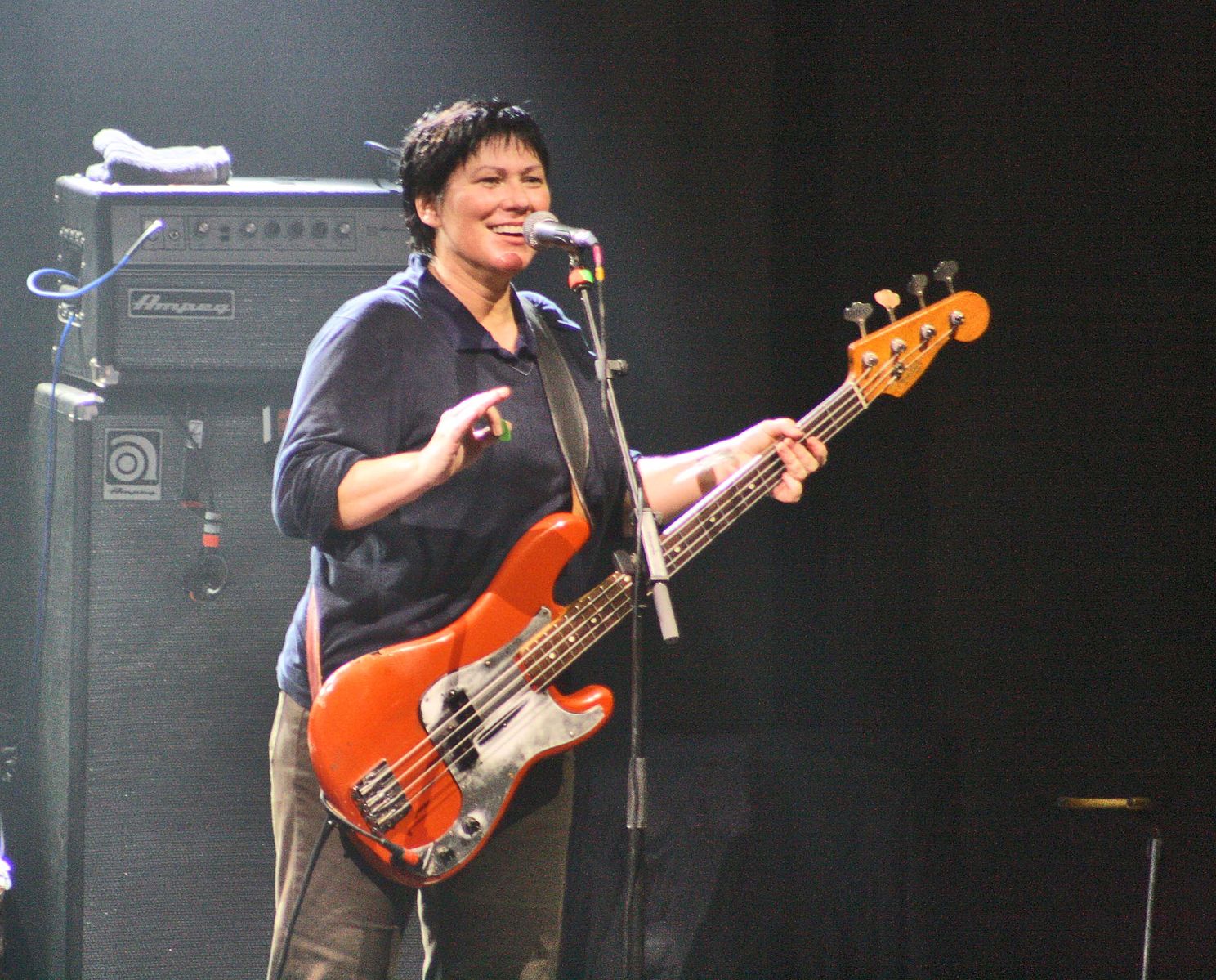 Pixies might not have had Fleetwood Mac levels of interpersonal drama over the course of their time together as a band, but they weren’t entirely spat-free either. According to the band members themselves, the main problem was that Black Francis and Kim Deal could not stop fighting, which eventually led to Deal leaving the band in 2013.

Deal almost left the band much earlier, though, as in 1990 Francis had to be talked out of firing her by the management team. The disagreement stemmed from Deal refusing to play a concert in Germany, as Francis had allegedly thrown a guitar at her at their previous show. With fights like that, it’s no surprise that the pair consistently got heated.

1. Deal was replaced by another Kim, who was also fired 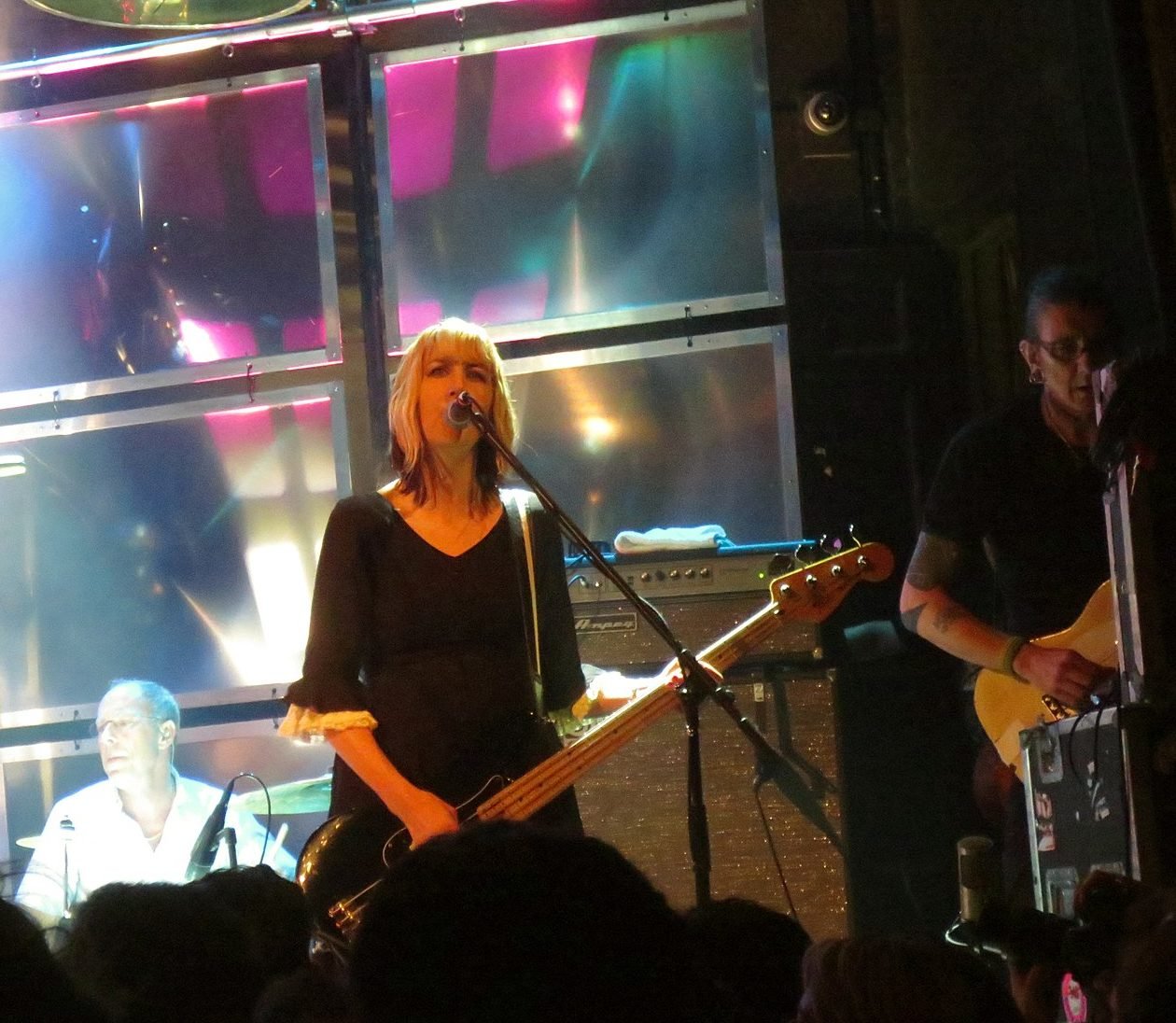 Black Francis might have been excited to see the back of Kim Deal, but he was also smart enough to know that Pixies needed a talented replacement. Not only did the band recruit another woman to replace Deal, but they went even further and hired another Kim. Unfortunately, Kim Shattuck did not stick around for long, and was fired after just a few months.

As for the reasoning behind her departure, Francis attributed it to a personality difference, calling Shattuck a “West-coast extrovert” as opposed to an “East-coast introvert” like the rest of the band. Sadly, Shattuck passed away in late 2019, aged just 56, from complications related to ALS.