One of the most popular and acclaimed bands in British music history, Oasis may have taken inspiration from the likes of The Beatles, but they also created a distinctive sound of their own that was backed up by their memorable songs, many of which will remain classics for years to come.

Below are 10 things that you probably didn’t know about these Britpop legends, which you can read whilst at the same time longing for the day that the Gallagher brothers finally patch up their differences and get the band back together.

10. The inspiration for the band’s name came from a poster in the Gallagher brothers’ bedroom 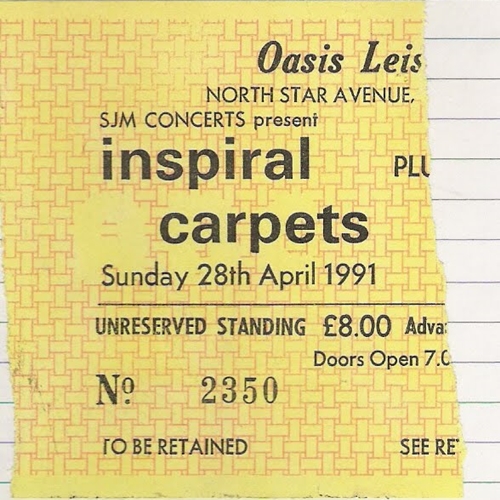 Oasis began life as The Rain, a band composed of Paul McGuigan, Paul Arthurs, Tony McCarroll and Chris Hutton on vocals. Hutton left the group and was replaced by Liam Gallagher, who suggested they change their name to Oasis.

Liam’s band name suggestion was inspired by an Inspiral Carpets tour poster on the wall of the bedroom he shared with his brother, which listed the Oasis Leisure Centre in Swindon as a venue.

9. Noel joined the band only after they agreed to make him the sole songwriter 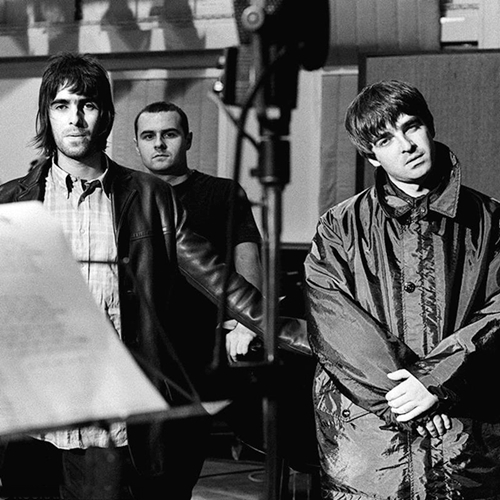 Liam’s brother Noel was actually a roadie for the Inspiral Carpets at the time, and after watching Oasis play, he believed they could perform some songs that he had composed over a number of years.

Noel told the group that he was willing to join the band, but only if he would be their sole songwriter, and only if they were fully committed to focussing on becoming a commercial success.

8. Noel first quit the band in 1994, whilst they were at the height of their popularity 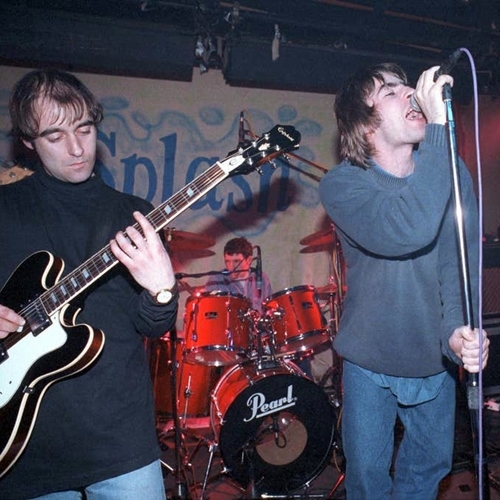 You probably already know that Noel was the one to quit the band for good following constant arguments and disagreements with his brother Liam, but did you know that he first walked out back in 1994, whilst they were at the height of their success?

A year of touring and recording, combined with their famously wild lifestyle, culminated at a gig in Los Angeles when Liam made offensive remarks to the audience and hit Noel with a tambourine. Noel was so upset by the incident that he quit the band temporarily and flew to San Francisco. 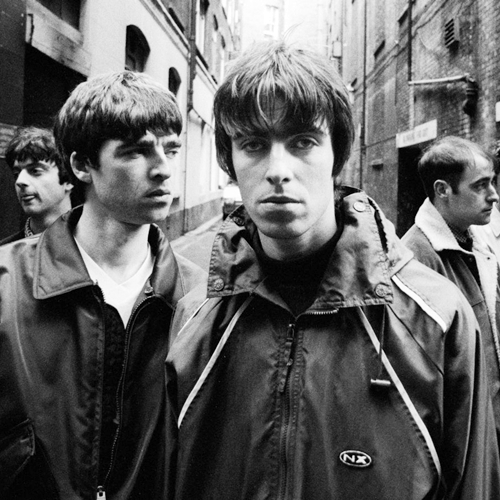 Oasis are listed in the Guinness World Records for ‘Longest Top 10 UK Chart Run by a Group’, after having an unbelievable 22 top 10 hit singles in a row.

They also hold the Guinness World Record for ‘Most Successful UK Act between 1995 and 2005′, after spending 765 weeks in the top 75 singles and albums charts during that period.

6. The brothers swapped places on Top of the Pops without anyone noticing

At first glance, this Oasis performance from a Top of the Pops episode in 1995 may seem completely normal, but look closer and you may spot that there is something slightly amiss.

Because that’s actually Noel miming to their number two hit Roll With It rather than brother Liam, who was the one to actually sing lead vocals on the track. Liam is instead in the background, unsuccessfully pretending that he can play Noel’s guitar solo, much to the amusement of the rest of the band.

5. Noel apologised for saying that he hoped members of Blur would “catch AIDS and die” 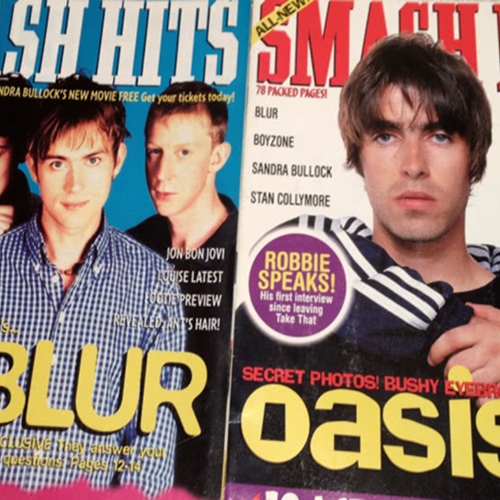 In 1994, at the height of the Blur vs Oasis rivalry, Noel told The Observer newspaper that he hoped that members of their rival band would “catch AIDS and die.”

Unsurprisingly, this comment caused an uproar in the media, meaning that Noel wrote a formal letter of apology that was published in a number of different publications.

4. Johnny Depp played guitar on one of their tracks 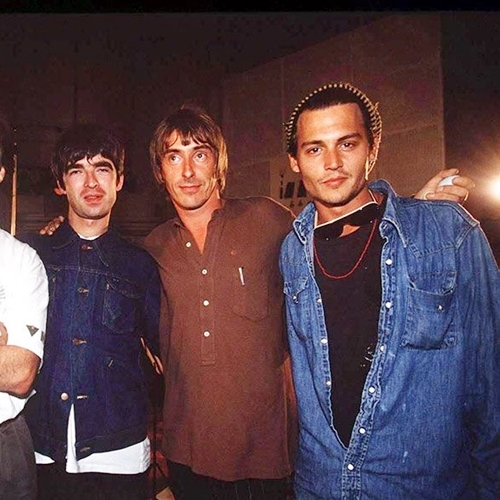 Whilst you may already know that movie star Johnny Depp is a keen guitarist, and actually wanted to become a rock star rather than an actor when he was a young man, did you know that he is credited as playing guitar on an Oasis album?

Oasis became friends with Depp after the Gallagher brothers stayed with him and Kate Moss at Mick Jagger’s villa, and he played slide guitar on the track Fade In-Out, which is the seventh song on their 1997 album Be Here Now.

3. They played the two largest outdoor concerts in UK history 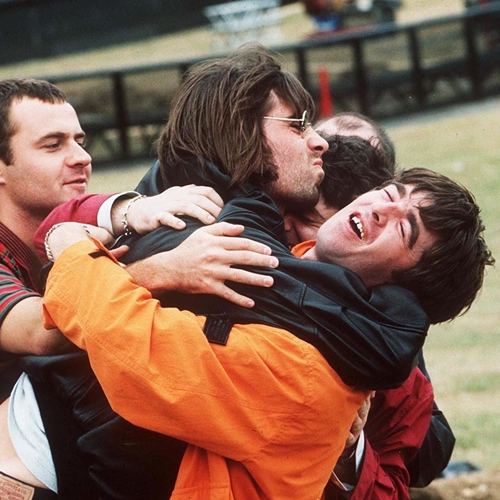 In 1996, Oasis performed two nights at Knebworth to an audience of about 125’000 each night, which at the time made it the largest outdoor concert in UK history.

They also still hold the record for the most in demand concerts in UK history, as over two and a half million people applied for tickets for the two Knebworth shows.

2. Some of their vinyl albums are now worth a lot of money 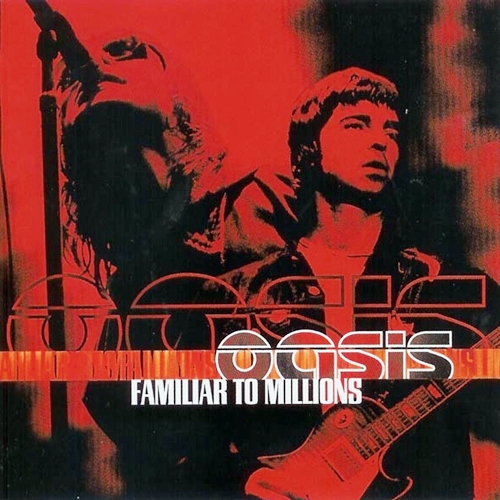 Despite being a relatively recent band compared to classic record collector targets like The Beatles and Queen, Oasis vinyl albums from the 90s and 2000s are often being sold for rather a lot of money.

An example is their Familiar To Millions live album from the year 2000, which is being purchased for over £300 on auction sites such as eBay.

1. A number of bands have mentioned them as being a big inspiration 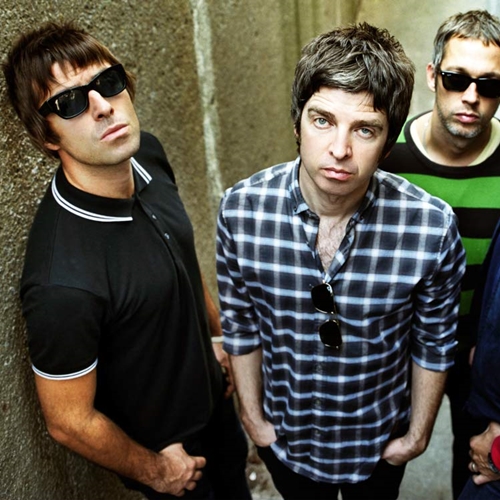 Oasis were of course influenced by a number of bands, the most famous of these being The Beatles, in addition to The Stone Roses, The Sex Pistols, The Kinks, and a number of others.

And a number of bands have mentioned Oasis as being a big influence on them, including Arctic Monkeys, The Killers, Maroon 5, Coldplay and The Strokes.