Back in 1990, a sketch aired on the highly successful show French and Saunders called Modern Mother and Daughter, which featured a perpetually exasperated daughter and her eccentric and borderline irresponsible single parent. Not two years later, Absolutely Fabulous hit television screens across the UK, telling the story of two past-their-prime party animals who were determined to keep their antics up for as long as possible.

With five seasons, eight specials and a feature-length movie, the exploits of magazine director Patsy and PR agent Eddie are still infamous, as well as responsible for changing Lumley’s public image from that of a retiring English rose to a debauched comedienne. So today, we’re counting down the top 10 things you never knew about Absolutely Fabulous.

10. Eddie’s name is a tribute to another classic British comic 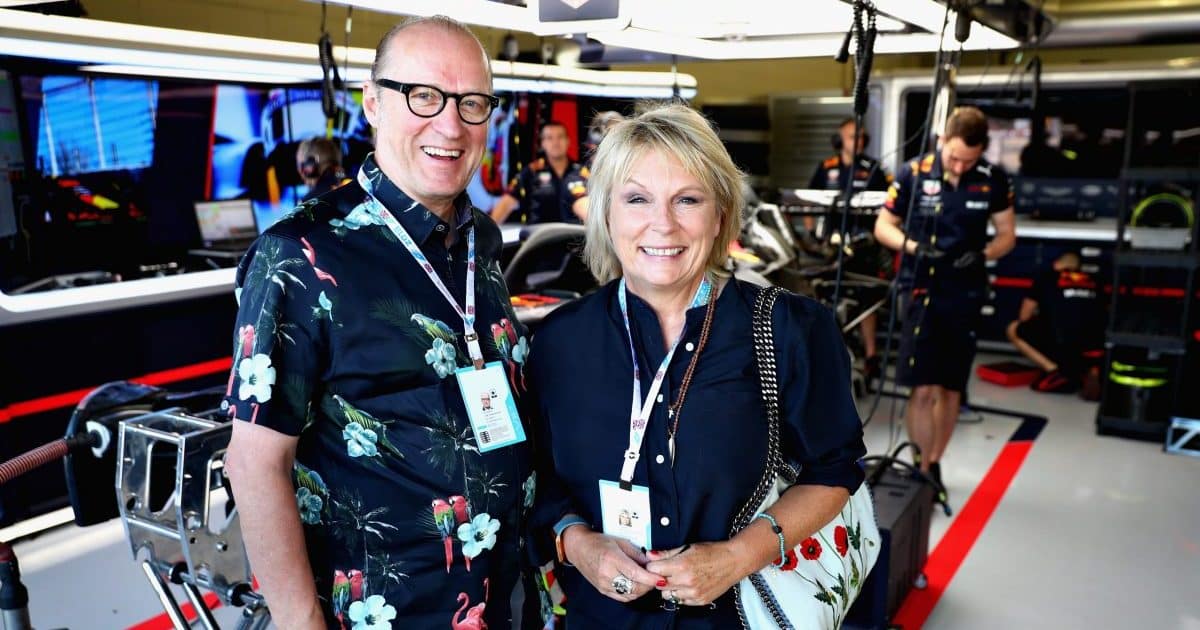 The name Eddie Monsoon has become so iconic that it’s hard to imagine it belonging to anyone other than the eccentric Buddhist magazine editor. With that said, the name was first used as an alias by Ade Edmondson, on the cult Channel 4 show Comic Strip Presents.

Eddie Monsoon is a pun on Edmondson’s surname, and was picked by show-runner and actress Jennifer Saunders as a way to pay tribute to the cherished British comedian. The reason why she chose to honour him in particular is no secret, since Saunders and Edmondson have been married since 1985!

9. Patsy jokes about having been a Bond girl because Lumley really was one 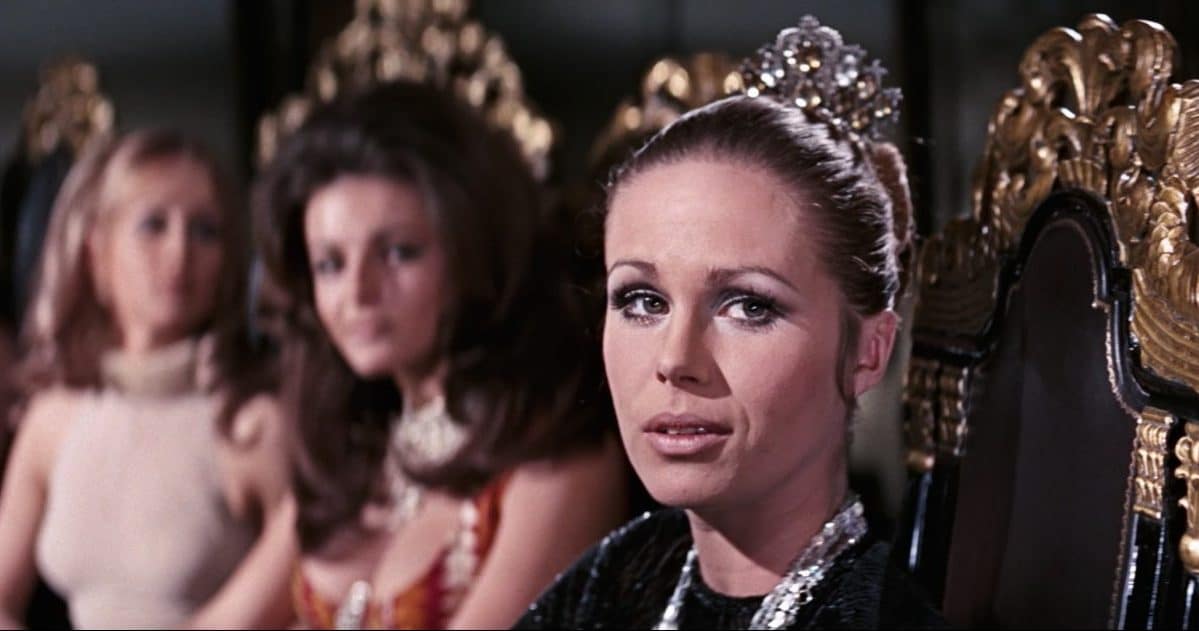 It’s a recurring joke that Joanna Lumley’s character Patsy has done almost everything over the course of her career, which obviously includes movie acting. Patsy refers to one role she was particularly proud of in the episode The Last Shout, where she wistfully says the words “when I was a Bond girl…”

Turns out there’s more truth to the claim than you might think. Though Patsy never acted opposite 007, Lumley did, given that one of her first on-screen roles was in the 1969 Bond movie On Her Majesty’s Secret Service.

8. The Ab Fab movie was the result of a bet 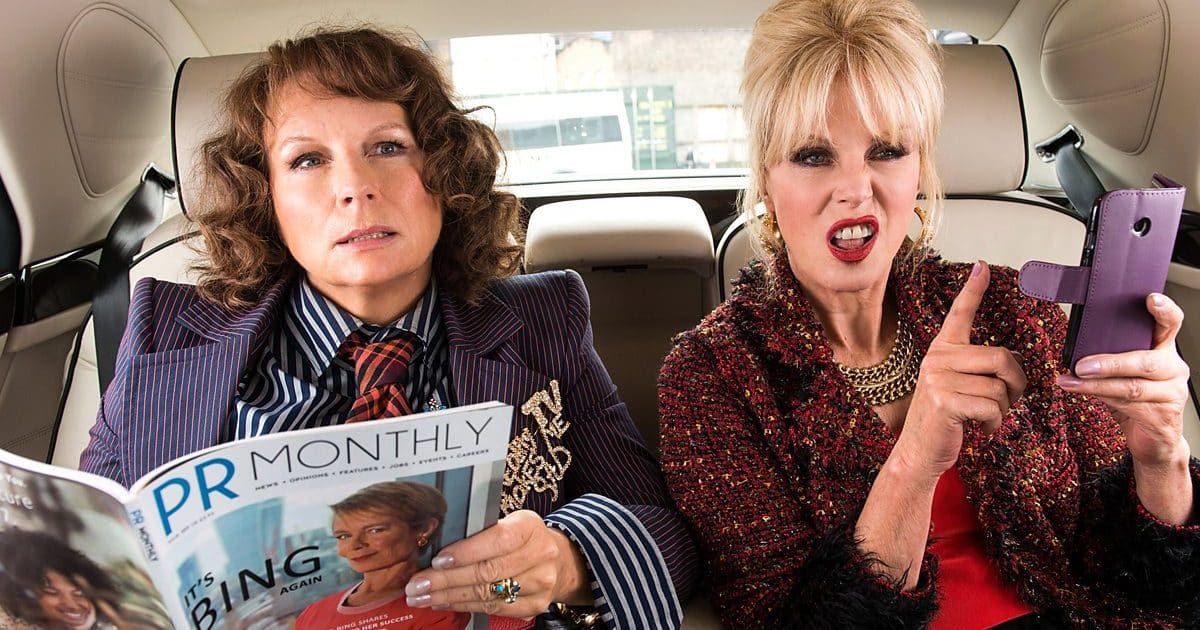 Absolutely Fabulous was a hit right from the get-go, so it’s no surprise that a movie was planned almost from the beginning. Saunders apparently started working on a film continuation of the story way back in 1995, but never got around to finishing a script treatment for the project.

In fact, it took Dawn French betting her £100,000 that she’d never make the film live on radio to push Saunders into action. She later said that she had to do it just to win the bet, though it’s still unclear if French ever held up her side of the bargain.

7. The cast keeps being invited to Pride events 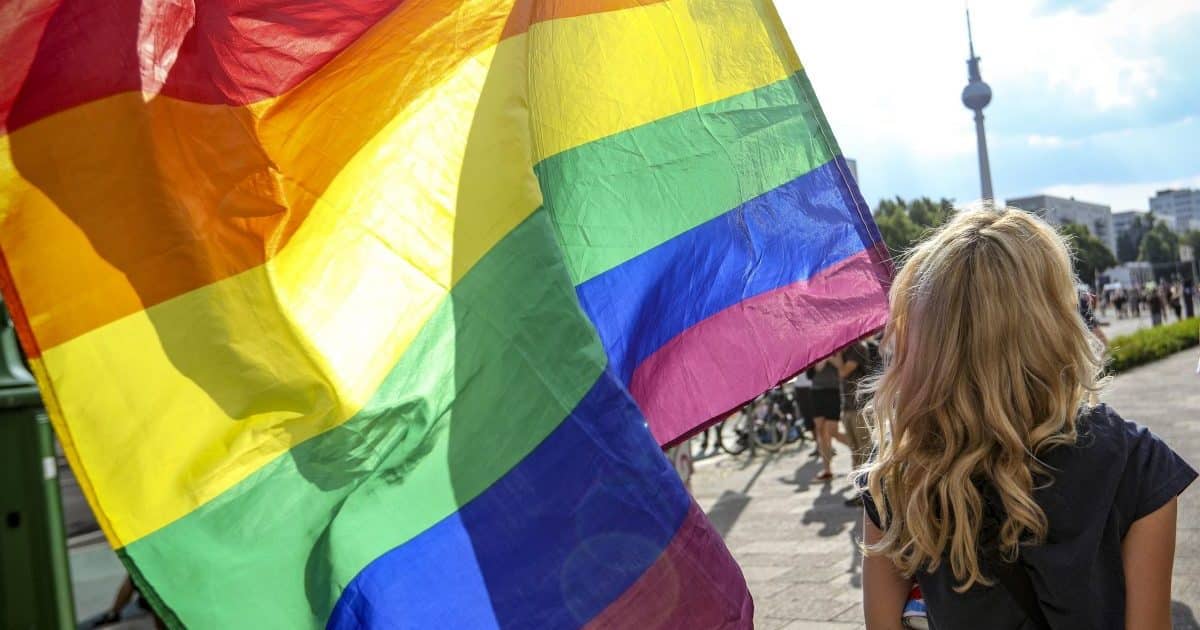 In many ways, Absolutely Fabulous was ahead of its time, especially when it came to LGBT+ representation. It was announced in season two of the show that Patsy was transgender, and it was a running gag that Eddie’s ex-husband was now living with a boyfriend, and that the two had a child together who was gay and living in New York.

This accepting attitude meant the show developed a devoted following among LGBT people, so much so that both Saunders and Lumley were invited to judge an Eddie and Patsy drag lookalike contest in New York in 2002. Not only that, but in 2016 the two were invited to a Pride parade in London, where they officially opened the celebrations. 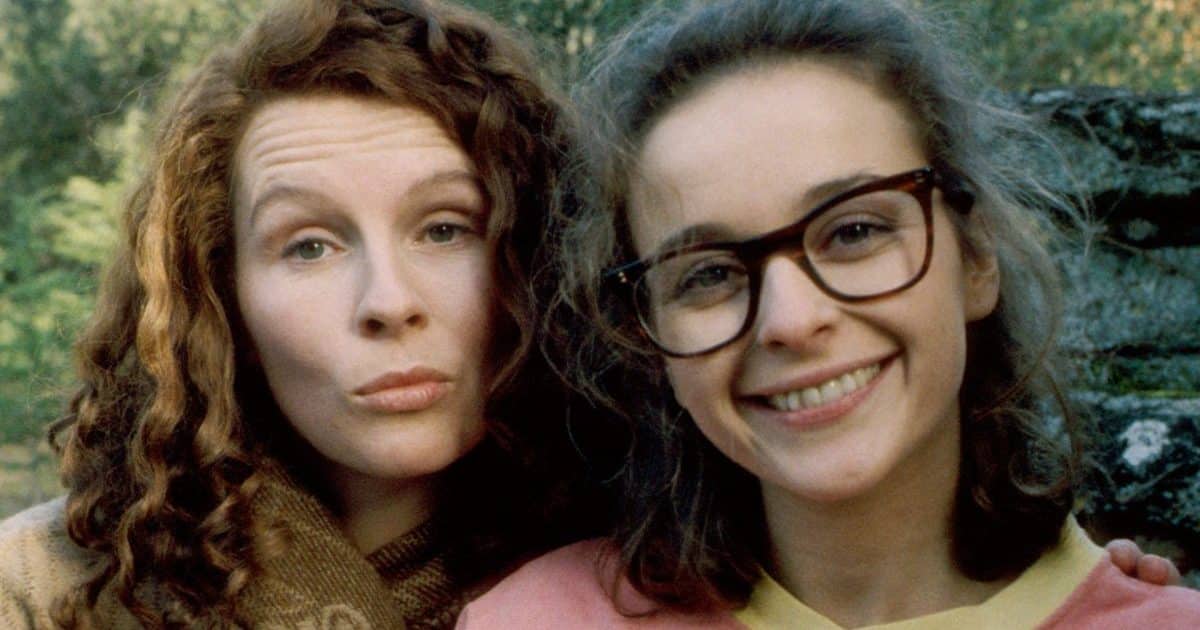 Julia Sawalha ended up being the perfect counterpoint to Eddie and Patsy’s wild antics, but she wasn’t the original choice for the part. Eddie’s daughter Saffy was originally brought to life by Dawn French, when an earlier version of the characters debuted on the comedians’ own show, French and Saunders.

The original sketch was called Modern Mother and Daughter, and right away the pair knew the dynamic they’d created was gold. However, French thought it would be more realistic to cast a younger actress to play Saffy, leading to the casting of Sawalha, who was actually only ten years younger than Saunders.

5. The characters once cameoed on an episode of Roseanne 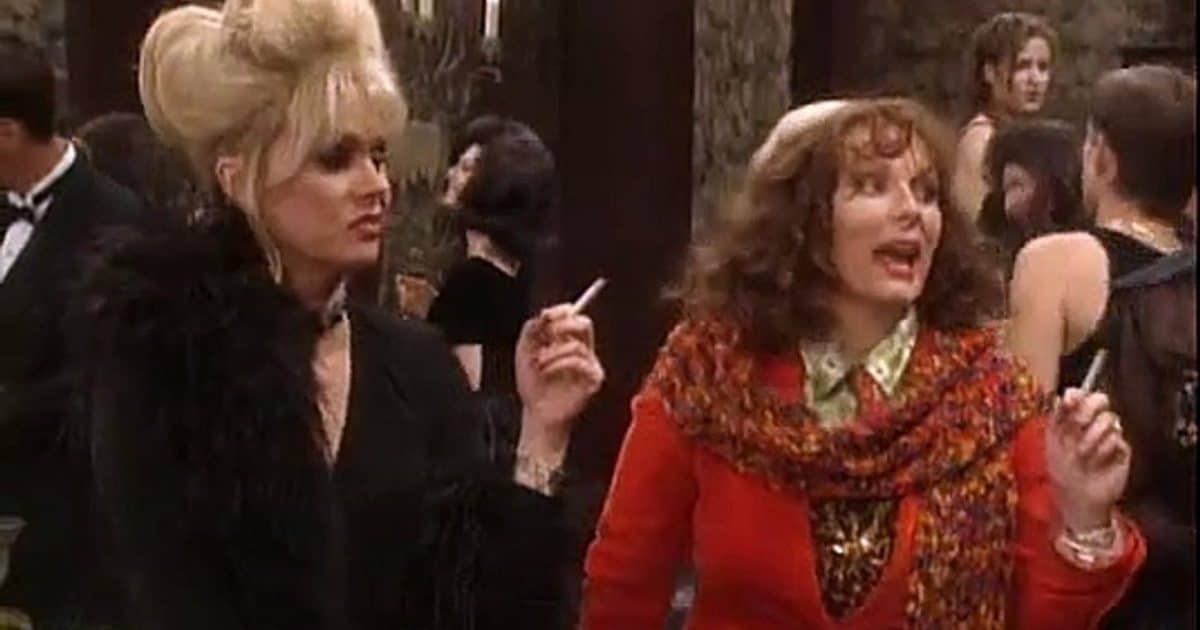 The characters Lumley and Saunders created for Absolutely Fabulous were adored internationally, and so relatable that even other comedians saw their own shows as containing them. In particular, Roseanne Barr was enamoured with the characters, and begged Saunders and Lumley to appear as them on her show Roseanne.

They obliged, cameoing on a season nine episode of Roseanne called Satan Darling. Laurie Metcalf, who played Jackie Harris on the show, later returned the favour by starring as a one-off character in an episode of Absolutely Fabulous.

4. The set was reused on another popular British show 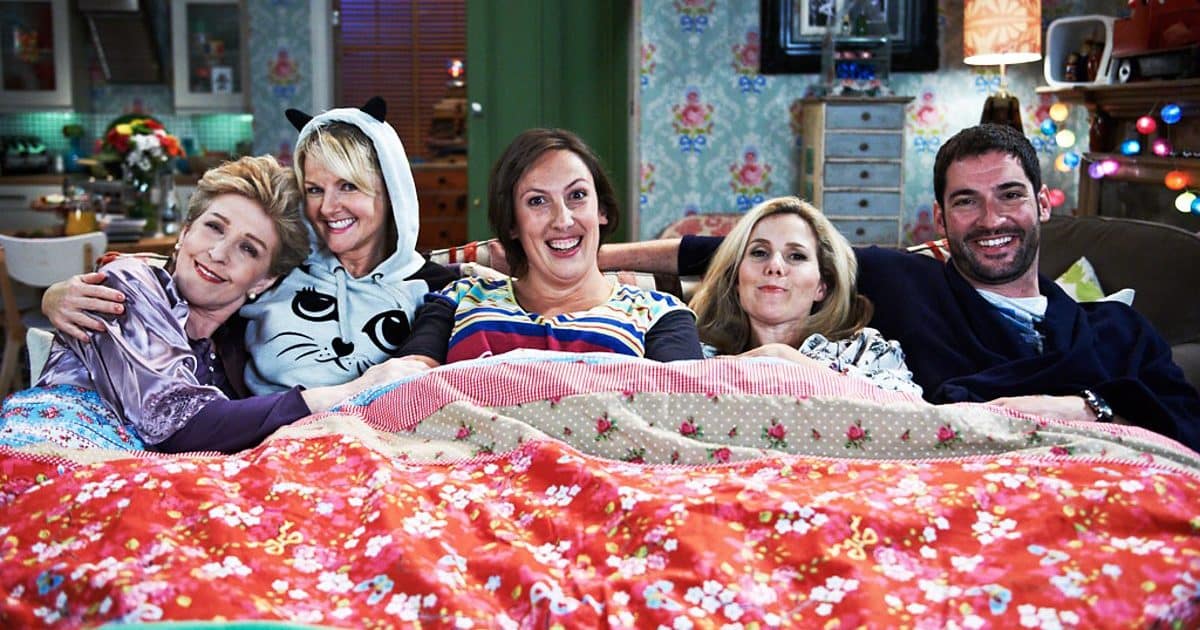 Absolutely Fabulous was adored from the beginning of its run right up until its finale in 2004, but all good things must come to an end. Thankfully, an iconic piece of the show was kept in the form of the set, which got another shot at fame in another popular British comedy.

In particular, Eddie’s kitchen soon became Miranda’s, and appeared in almost every episode of the show of the same name. That meant the kitchen in question was in almost continuous use from 1992 all the way up to 2015. 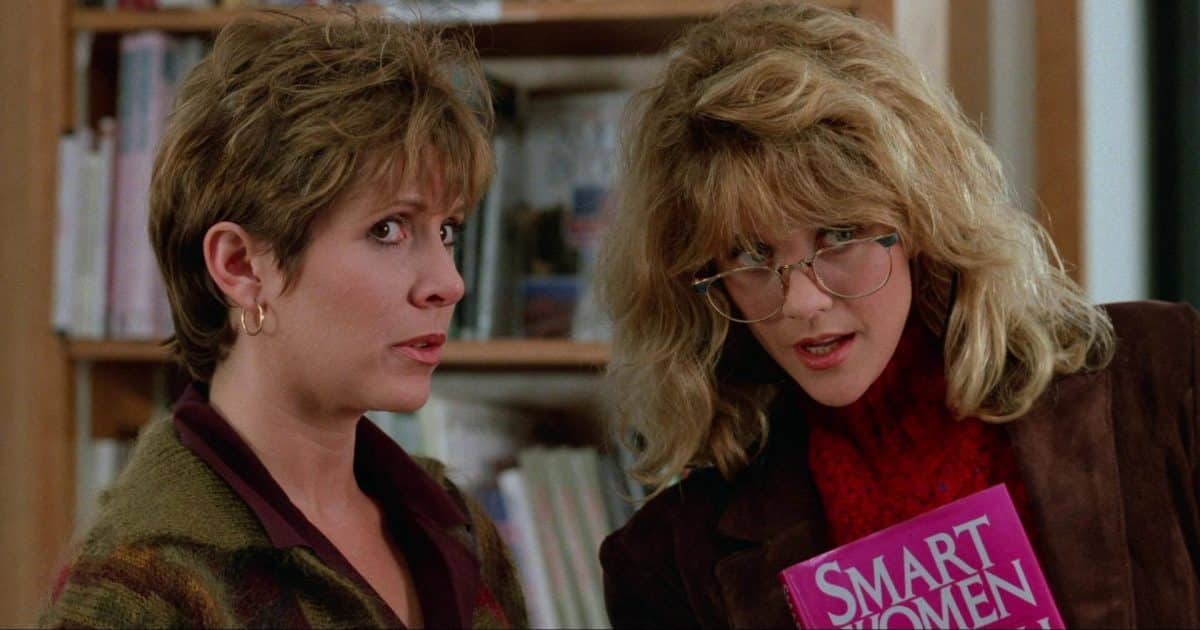 American adaptations of UK comedies is nothing new, with The Office US being perhaps the most famous and successful example. However, for every show that flourishes there are some that struggle to find their footing across the pond, such as The IT Crowd and Skins.

Absolutely Fabulous was a favourite for adaptation, with a French movie based on the show and two proposed American adaptations that never even made it to shooting. In one of these versions, the character of Eddie was set to be played by none other than Carrie Fisher, with James Bond star Barbara Carrera taking the role of Patsy. 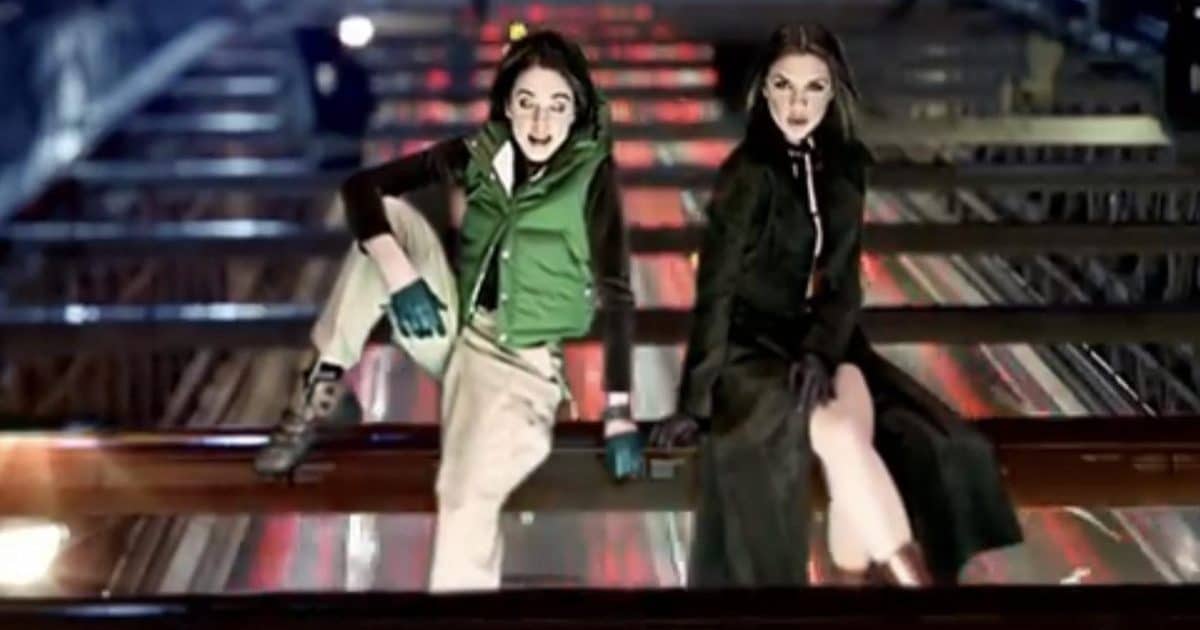 Just as British television in the mid-90s was dominated by Absolutely Fabulous, British music during that time was dominated by The Spice Girls. The girl band was hugely popular and had fans all over the globe, but they in turn were fans of Ab Fab.

Both Emma Bunton and Geri Halliwell (or Baby Spice and Ginger Spice, for the uninitiated) agreed to appear on the show. Saunders returned the favour by appearing in the Spice Girls movie Spice World, as well as by writing the not-so-successful Spice Girls musical Viva Forever.

1. The BBC nearly turned the show down 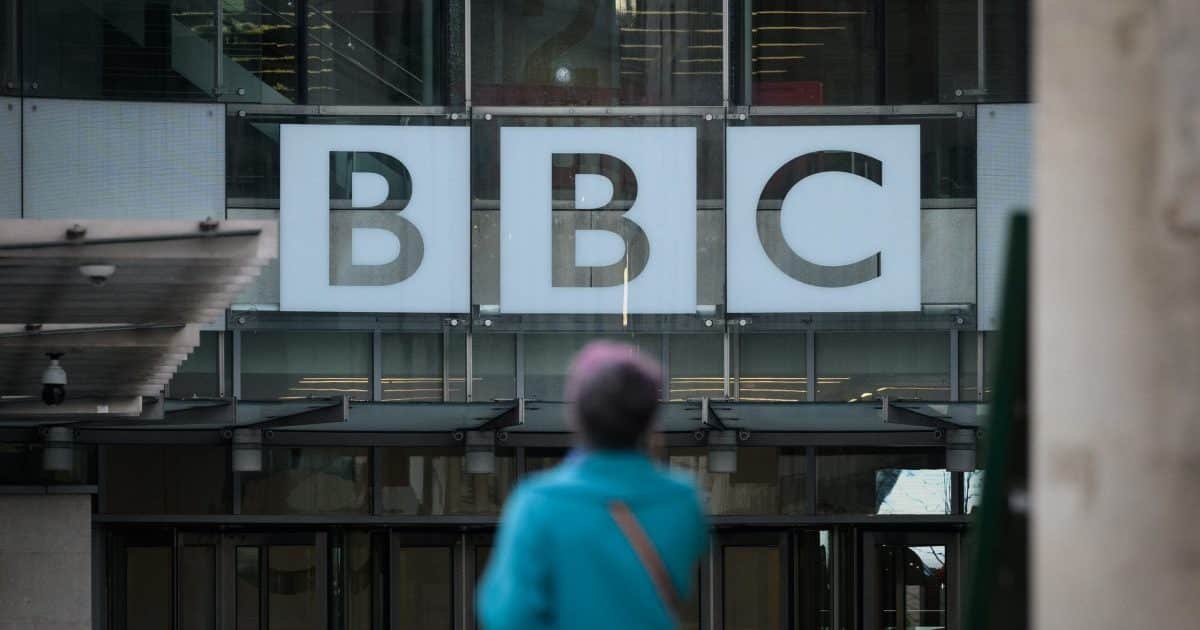 Absolutely Fabulous was a staple of British television, and in the years since it last aired it has gained even wider appeal and recognition, but it almost didn’t air at all. BBC executives liked the French and Saunders sketch featuring the characters, but were reluctant to green-light a full series, since they were worried that no-one outside of London would get the joke.

In fact Jon Plowman, then the head of Comedy at the BBC, famously said that he was worried “an audience outside the square mile of Soho would not know what this was about.”