10 Things You Never Knew About The Rocky Horror Picture Show 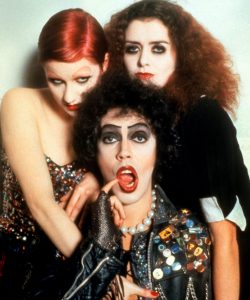 1975’s The Rocky Horror Picture Show is the ultimate cult film. Though midnight movies existed before it came out, it basically invited the Friday night midnight showing as a concept, as well as taking audience participation to a whole new level. Now there are screenings and ammeter shadow casts all over the world, as well as an official touring production of the stage show in the UK.

Over forty years after it’s debut it is still running in a limited amount of theatres, giving it the longest-running theatrical film release in history. Not only that, but one theatre in Munich boasts that it has screened the movie every weekend since it came out, doing midnight screenings every Friday and Saturday for over 4 decades.

Though the 2016 remake/sequel may have thrust the musical back into the spotlight for all the wrong reasons, the original movie is still considered a masterpiece of cult and camp cinema. To honour this incredible legacy, we’re counting the top 10 things you never knew about the iconic movie. 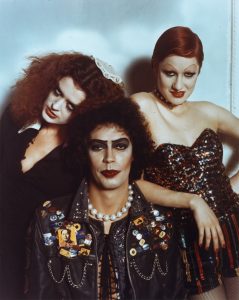 10. It was Tim Curry’s first ever film role 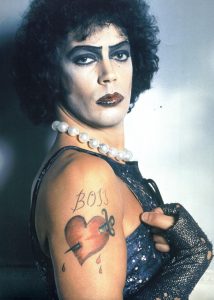 Tim Curry’s performance as the mad scientist Dr. Frank N Furter is iconic, and undoubtedly the best part of the movie, leading many to assume that Curry’s was well into his film career. However, the truth is that Rocky was not only his first starring role, but his first feature film appearance all together.

Curry slaying the part can be put down to something even simpler: that he originated the role. He was the first actor to ever play the alien doctor in Richard O’Brien’s original stage show, and he was the one and only choice when it came to casting the movie. 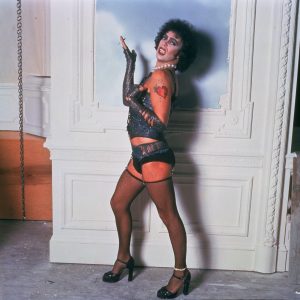 9. Rocky had never acted before… and it showed 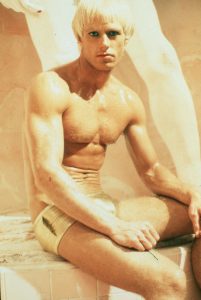 Curry was not the only one with limited film experience, but he at least had decades of theatre training to help him along the way. The actor who played Rocky had no training in either stage or screen acting, and had actually never acted before full stop.

Director Richard O’Brien decided to cast Rocky by searching every gym in London, and approached Peter Hinwood for the part purely because of his body. As a result, he looks the part but not much else, and most of his lines had to be cut from the film. Not only that, but Hinwood himself realised watching the movie back that he couldn’t act, and decided to go into the antiques business instead. 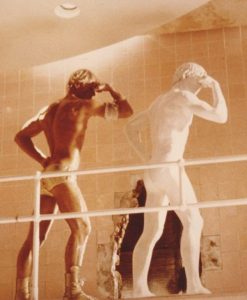 8. The conditions on set were miserable 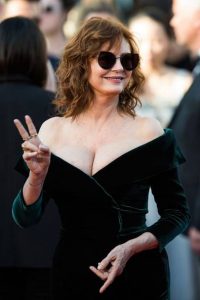 With it’s motorbike chases, classic dances and even a swimming pool finale, it’s hard to watch Rocky and not think about how much fun it would be to film. In truth though, the two months of shooting were super unpleasant for the actors, since the castle they were filming in had a leaky roof, no heating, and not even a single bathroom.

The actors were cold and damp the whole time they were filming, and Susan Sarandon (who played Janet) even got pneumonia towards the end of the shoot. While she was sick, she was made to shoot the final pool scene in freezing water, and then immediately do the onstage dance number with no break. A true professional, there’s no hint of her illness in the final product. 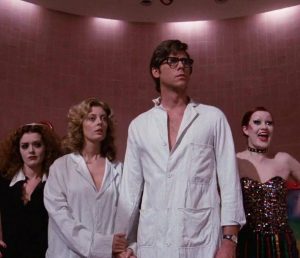 7. The costume designer had to be drunk to accept the job 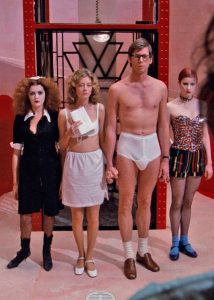 The glitzy outfits seen in Rocky Horror have become almost as recognisable as the movie itself, with legions of fans dressing up as the characters at every screening of the film. However, the look of the characters was almost very different, since costume designer Sue Blane had to be persuaded to take the job.

Blane knew almost everyone involved with the production, but was unwilling to take on the project given its tiny costume budget of just over one thousand pounds. Director Jim Sherman had to take her out to dinner to get her to agree, which she said she partially did because she was drunk. 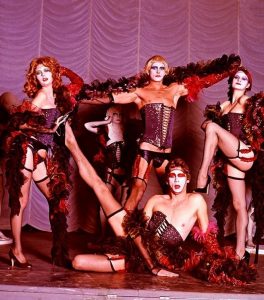 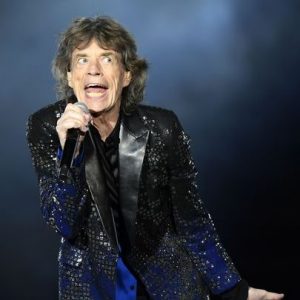 Even before the movie’s 1975 release, many actors had played the characters of Brad, Janet and Dr Frank N Furter in the original stage show, and the parts continue to be played by new actors during every new tour. However, while all these performers have brought fresh and exciting takes to the characters, it’s hard to get behind some of the casting decisions that almost happened for the movie.

For example, Barry Bostwick’s Brad wasn’t the studio’s first pick, as they wanted famous comedian Steve Martin to take home the role. Not only that, but Mick Jagger desperately wanted the part of Frank, but apparently didn’t stand a chance after Curry’s audition. 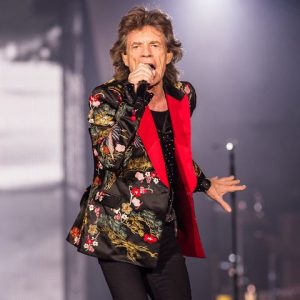 5. You can now stay in Frank N Furter’s Castle 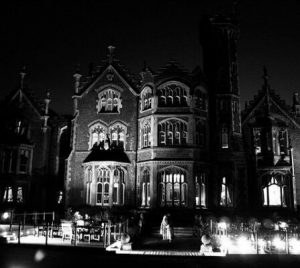 Even before Rocky Horror was filmed there, the famous ‘Frankenstein Place’ had a rich cinematic history. The gothic victorian country house is called Oakley Court, and was used throughout the fifties and sixties by Hammer Films. The historic horror movie studio filmed five features both inside the manor and outside in the grounds, including The Man In Black and The Brides Of Dracula.

Much later, it was turned from a film set into a luxury hotel, with everything from the spooky library to the threatening gargoyles still intact. The hotel even hosts screenings of the movie projected onto the actual walls of the ‘castle’, after tea is served on the lawn of course. 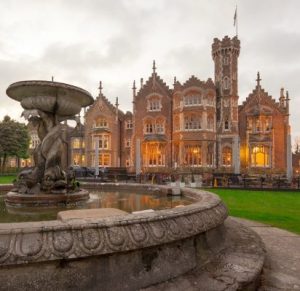 4. There’s a real skeleton in the film 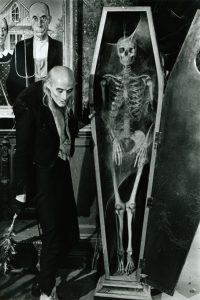 While many parts of The Rocky Horror Show are pretty niche, The Time Warp is now even more widely loved than the movie itself, and is known by people who have probably never seen the film at all. With that said, fans of the song who have also seen the movie will remember an odd looking clock in the foyer of the castle, which Riff-Raff dances around and attempts to dust at the beginning of the scene.

The clock is a vintage horror prop designed to look like a coffin, and it has one very unique quirk. The skeleton inside it is actually 100% real, as the clock’s designer demanded that her bones be put there after she died. Thanks to the movie, the image of her skeleton has been immortalised, along with her odd choice of final resting place. 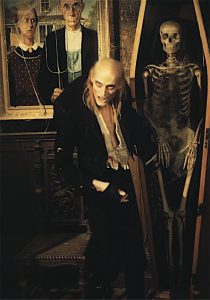 3. It has a truly wacky sequel 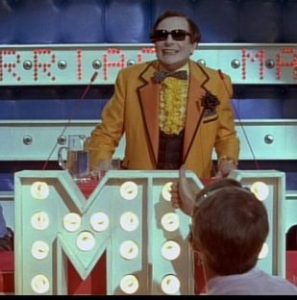 The events of Rocky Horror are obviously very strange, but the plot of 1981’s follow-up Shock Treatment makes the first movie look normal by comparison. No Frank or Rocky this time, instead the film follows Brad and Janet, who are forced into a reality TV show after being selected as the worst married couple in their hometown.

That’s already a strange set-up, but it only gets weirder from there, as it turns out the whole thing was a ploy set up by Brad’s evil older brother, who is in love with Janet and wants her for himself. Not only that, but Richard O’Brein and Patrica Quinn play sibling hospital workers who are also in love, and the whole town is trapped in a giant television studio. 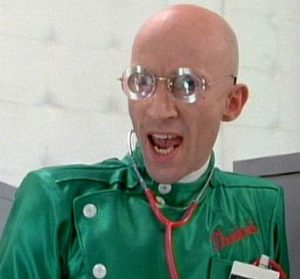 2. …Which was only one of four 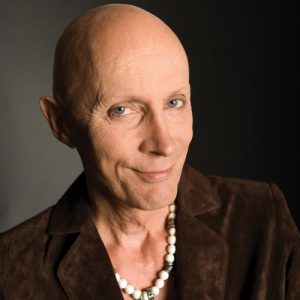 Though Shock Treatment was the only Rocky Horror sequel to actually get made, it was nowhere near the only one written. O’Brien actually wrote three other film sequels to the 1975 original, named Rocky Horror Shows His Heels, The Brad And Janet Show, and Revenge Of The Old Queen respectively.

Rocky Horror Shows His Heels is the fan-favourite, since both Rocky and Frank are reincarnated, and have to survive by drinking the blood of virgins. In this version of the sequel, Janet is pregnant with Frank’s baby, and the ghosts of Riff Raff and Magenta return to steal the baby away.

The Brad And Janet Show is much like Shock Treatment, while Revenge Of The Old Queen sees Riff-Raff back on his home planet, tasked by the queen with bringing back a dead Frank and defeating the UFO investigators trying to discover him on Earth. Sadly, none were ever made, mostly due to Susan Sarandon’s increasing fees and Tim Curry’s unwillingness to reprise his role. 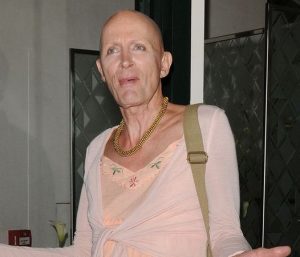 1. Only Tim Curry knew about the tablecloth reveal 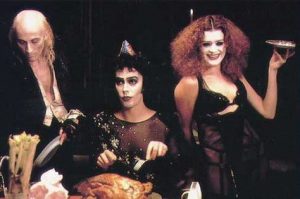 Despite the name, The Rocky Horror Picture show is mostly a comedy, but one dark moment comes when the whole group are eating dinner together. Over the course of he scene, Frank slowly drops hints that what they are eating is actually human meat, and that he had Eddie cooked and served after murdering him in an earlier scene.

The climatic scene ends when Frank rips the tablecloth off the table, revealing a clear table containing Eddie’s corpse underneath. The scene was actually a surprise to every one of the actors present except Curry, so their shocked faces at seeing the half-eaten delivery boy are completely genuine. 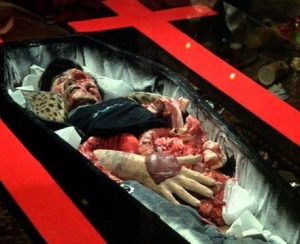