10 Things You Never Knew About The Kardashians

When it comes to celebrities, there’s normal famous, and then there’s Kardashian famous. Though they’ve faced pushback for apparently being famous for no reason, it’s hard to argue that they haven’t made a huge impact on the world. Each one of them, from the O.G three to the two Jenners, has their own individual empire – whether it’s lip kits, contour palettes, clothing lines or emoji apps. Not only that, but it feels impossible to go a week without hearing about them in the news, whether it’s for their relationship drama or their incredible new Met Gala outfit.

With that said, even though the Kardashians learned to dominate the news cycle a long time ago, there are still some things they’d rather not talk about. That’s why we’re counting down the top 10 things you probably still don’t know about the most famous family in reality TV. 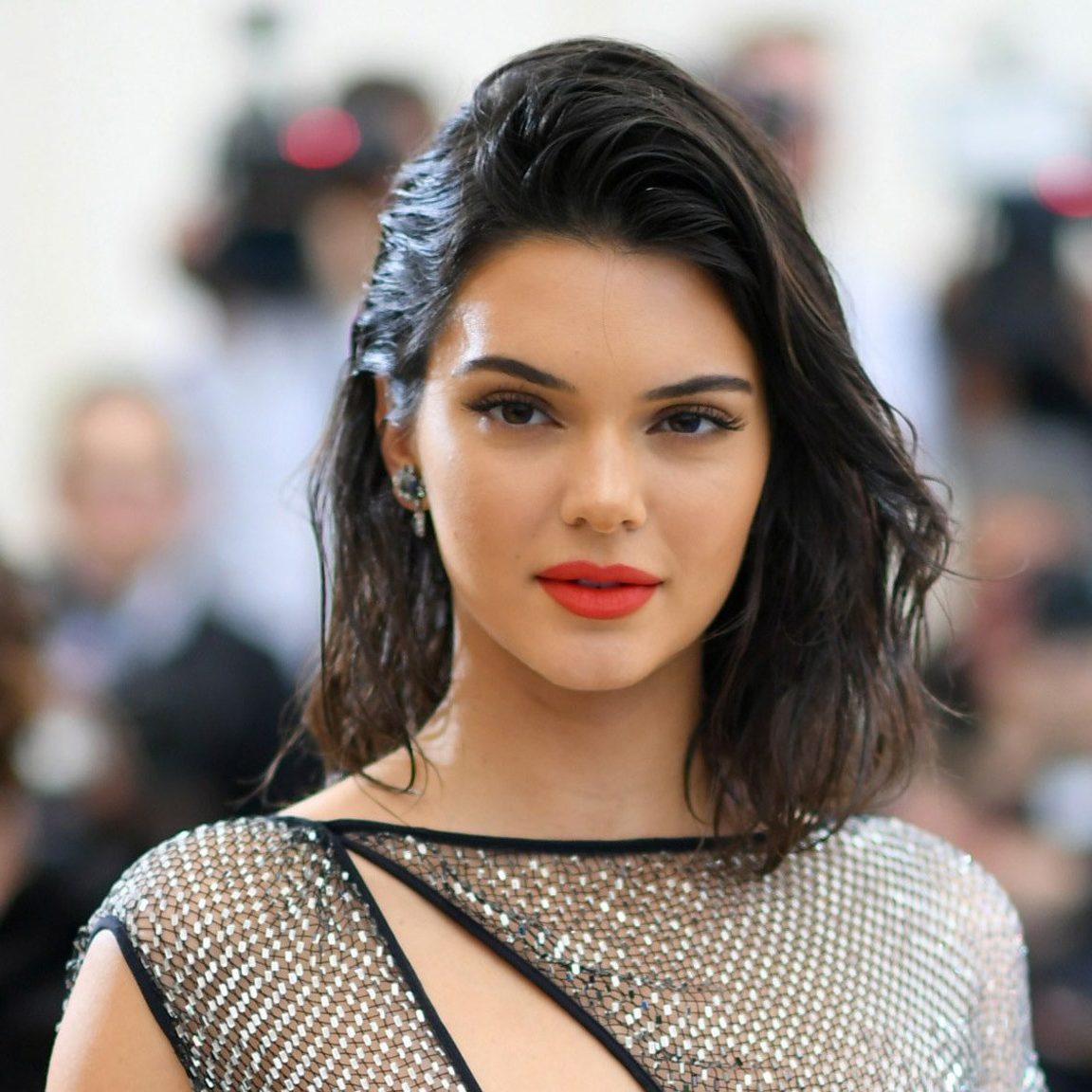 Like it or not, being a celebrity is work – and it’s a job all of Kardashian girls have had to work for a long time. In fact, in the case of the younger and honorary Kardashians (that’s Kendall and Kylie), they’ve been working in the family business ever since they were born. That can make it hard to imagine them having a real job, or at least one that doesn’t involve lip plumping kits or runway rehearsals.

With that said, Kendall’s first ever job was actually pretty banal. She worked as a job walker as a preteen, picking up the pure-bred pedigree pooches and strolling them around their expensive L.A neighbourhood before returning them home to rest their paws. 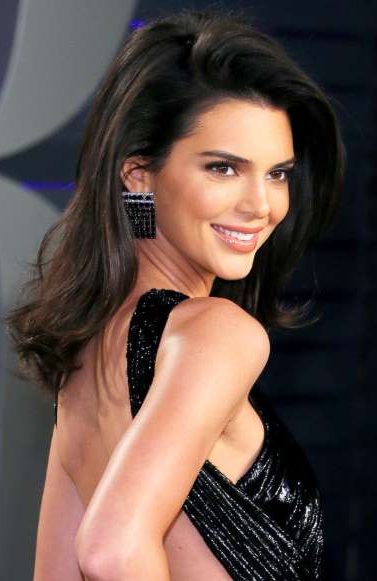 9. Kim had a failed pop career 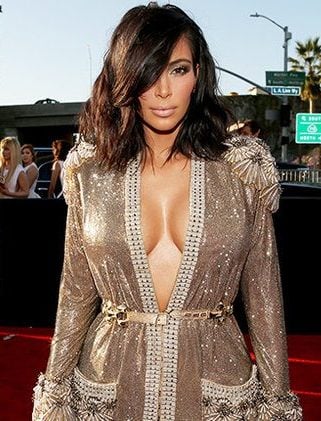 Kim Kardashian is a household name at this point, as well as a mainstay of pop culture. It’s almost impossible to imagine a time when everyone didn’t know her name, but she’s actually been trying to get famous for a long time. Though everyone’s familiar with the way she eventually managed it, the way she failed at it are less known.

In particular, she actually tried to get famous as a pop star, no doubt because of her years befriending superstars like Britney Spears and Lindsay Lohan. She released one song called Jam (Turn It Up), which was recorded, produced and had a music video directed by some of the best in the business. Despite this, the song flopped, and became Kim’s greatest career embarrassment. 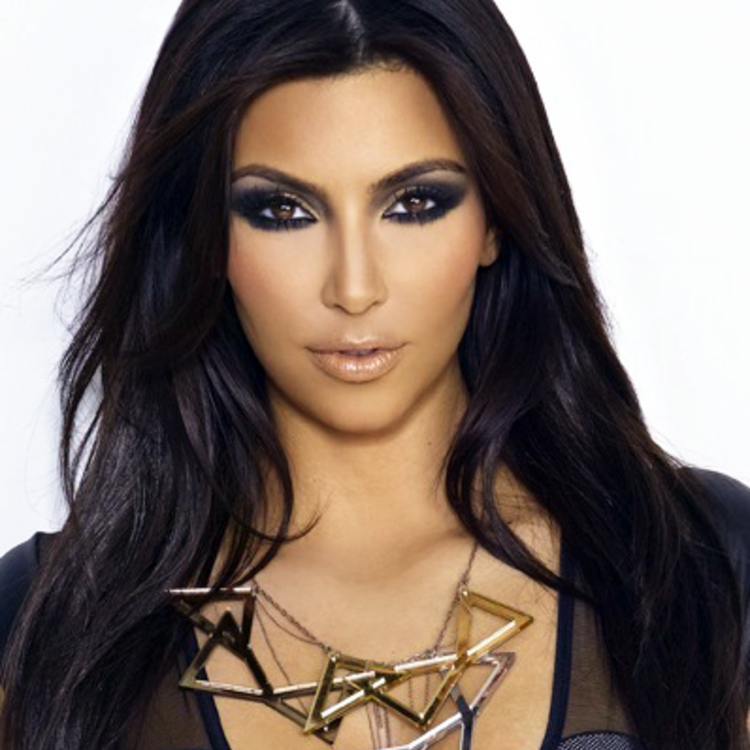 8. Not all the Kardashians love the spotlight 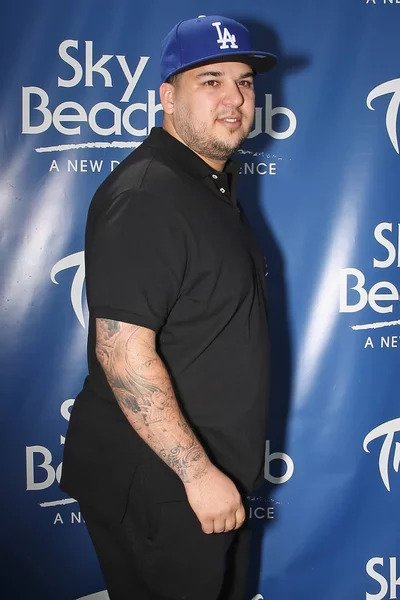 It might seem like all the Kardashian family have taken to stardom like a baby to a bottle, but for some of them the reality is a little more complicated. Rob Kardashian in particular has struggled with his place in the spotlight, including the scrutiny he received over his troubled relationship with Blac Chyna.

This has caused him to deal with bouts of depression and anxiety, which included struggles with weight. To help himself recover, he decided to pull away from the spotlight completely, even going so far as to skip his sister Kim’s own wedding day. 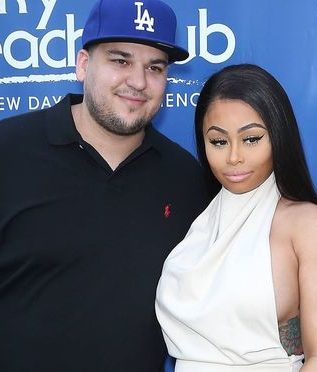 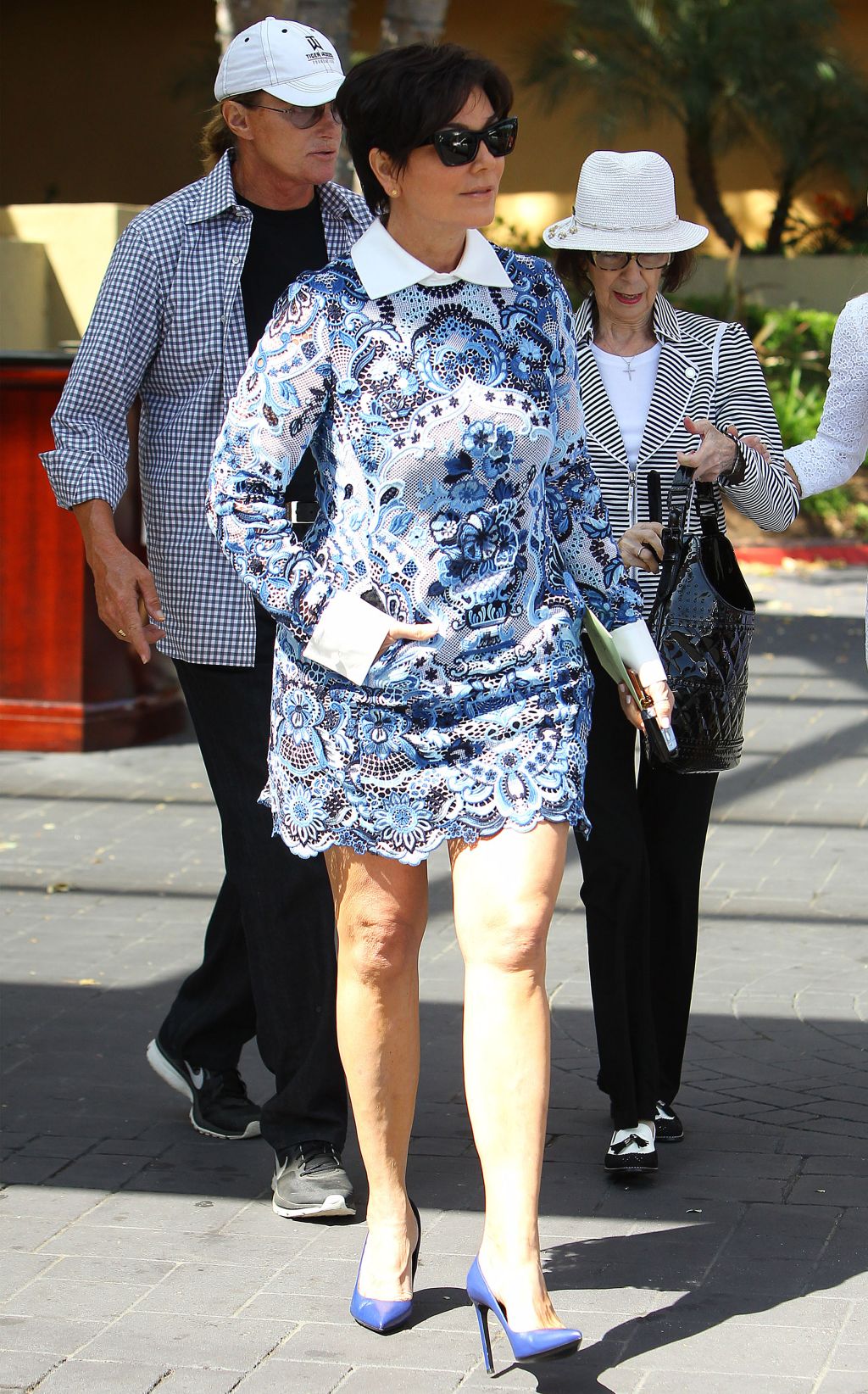 The Kardashians are famous for having their fingers in several different pies at once, and momager Kris is no different. However, maybe the most surprising project she has ever embarked on is the founding of a church, a non-denominal Christian church called the Christian Community Church. She did everything from handpicking the pastor to inviting televangelists to use the church as a backdrop, and charges a hefty joining fee of over a thousand dollars.

Strangely enough, she’s not the only Kardashian to have made her way into the religious business. Kanye and Kim have been creating elaborate celebrity Sunday Services, which are basically just Kanye concerts in disguise. The concerts feature Kanye songs with words changed to give the tracks a more religious flair, as well as being interspersed with Bible quotes and musings on the life of Jesus Christ. 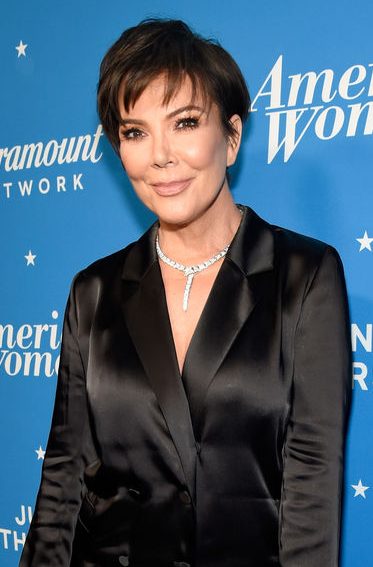 6. Kourtney’s the geek of the family 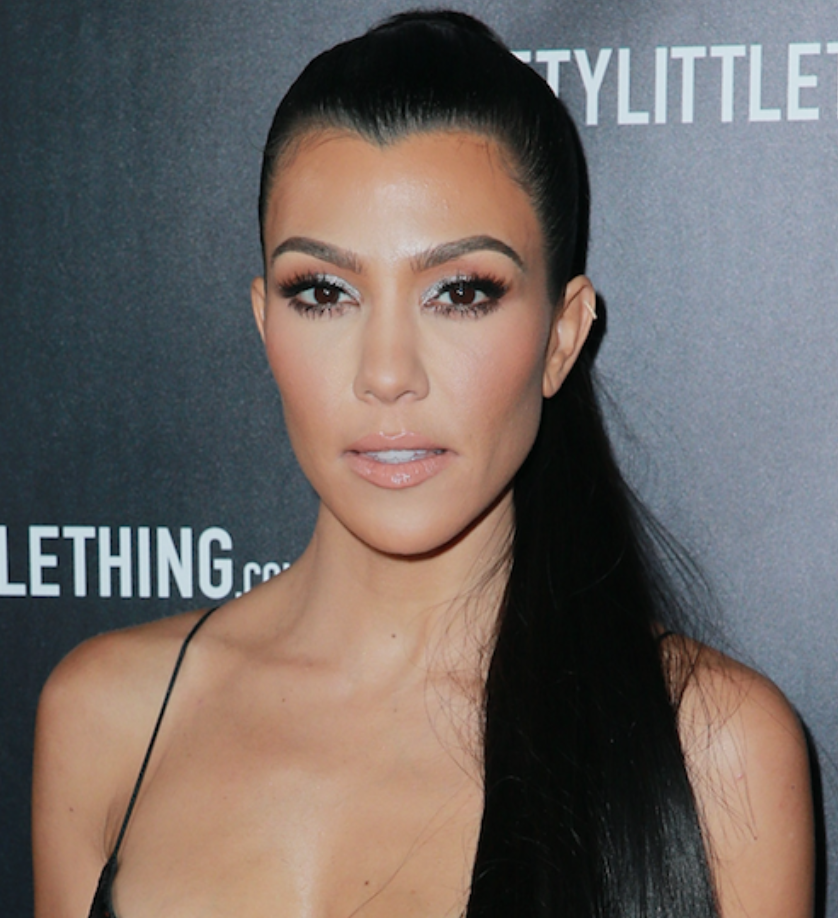 The Kardashians are famous for their beauty and style, as well as their incredible ability to stay relevant over the years. However, even though they’re all savvy business women with many different empires and projects each, they’re not exactly famous for their smarts. This might have something to do with the fact that they are all homeschooled, and didn’t attend university.

That is, aside from one. Kourtney Kardashian is the oldest of the sisters, and she’s also the only one to have gotten a university degree. She attended the University of Arizona, where she graduated with a major in Theatre Studies and a minor in Spanish. She then took a job as a production assistant on movie sets, and went on to act on TV herself. 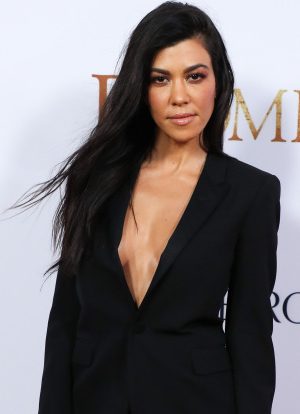 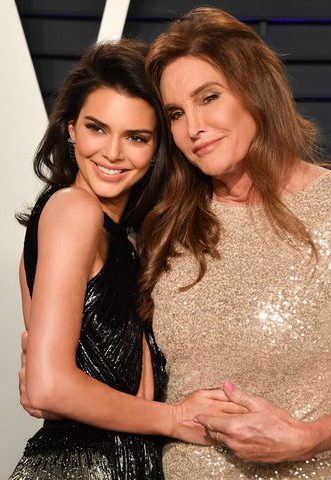 In 2015, Caitlin Jenner made a splash by revealing that she was a trans woman, as well as debuting her brand new high-glamour look. She faced a lot of criticism in the press, especially from those who said her deciding to change her gender so late into her life meant she must have been faking it. What they didn’t know is, she’d actually experimented with physically transitioning before.

Less known than her Call Me Caitlin magazine cover and subsequent interviews are the times in the 80s where she approached a doctor about physically transitioning, and was given a course of female hormones. She took them for almost a year and started to develop breasts, which she hid from friends and family. The transition was going well physically, but she was too afraid of what the world might say, so she stopped taking them and tried to forget about the whole ordeal until decades later. 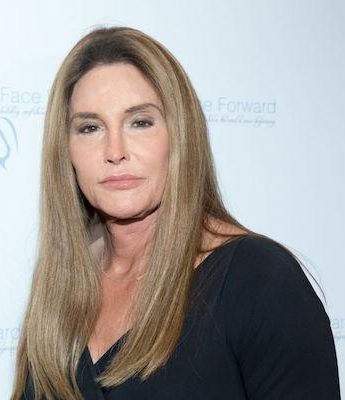 4. They know how to commit to a feud 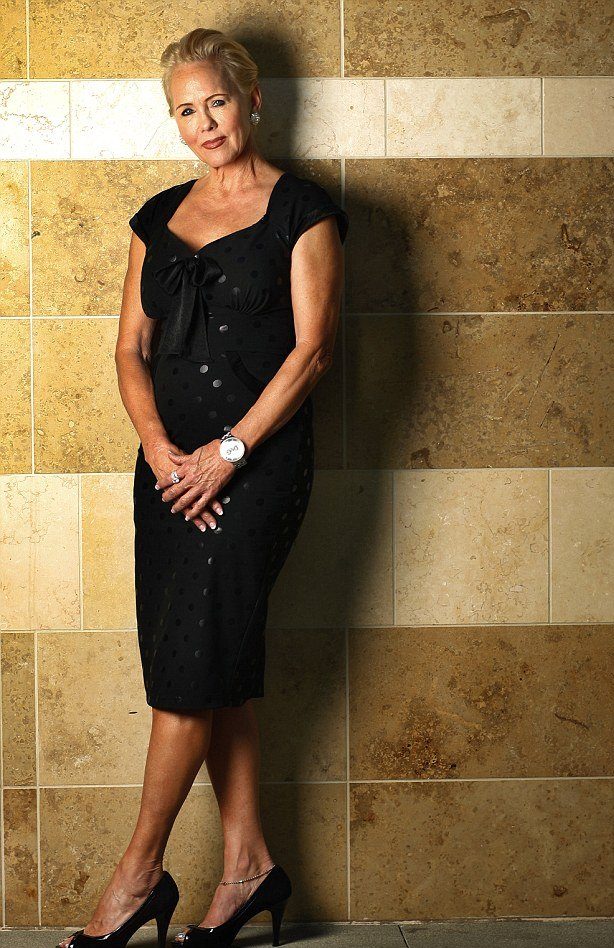 Kris might be the most famous of Robert Kardashian’s wives, but she’s certainly not the only one. After they divorced and Kris went on to date Caitlin Jenner (then Bruce Jenner), Robert Kardashian went on to date Ellen Pierson. He had already been married and divorced twice by that point, and the two caused controversy by marrying just two months before Robert died. This made the Kardashian family suspicious fo Pierson, and the feud only escalated after he died.

Pierson allegedly gossiped about the Kardashian family constantly, and they were never afraid to hit back. This led to a lasting feud, giving Pierson no-one to turn to who would understand the grief she was going through surrounding Robert Kardashian’s death. Even now, the two branches of the family are not at all close. 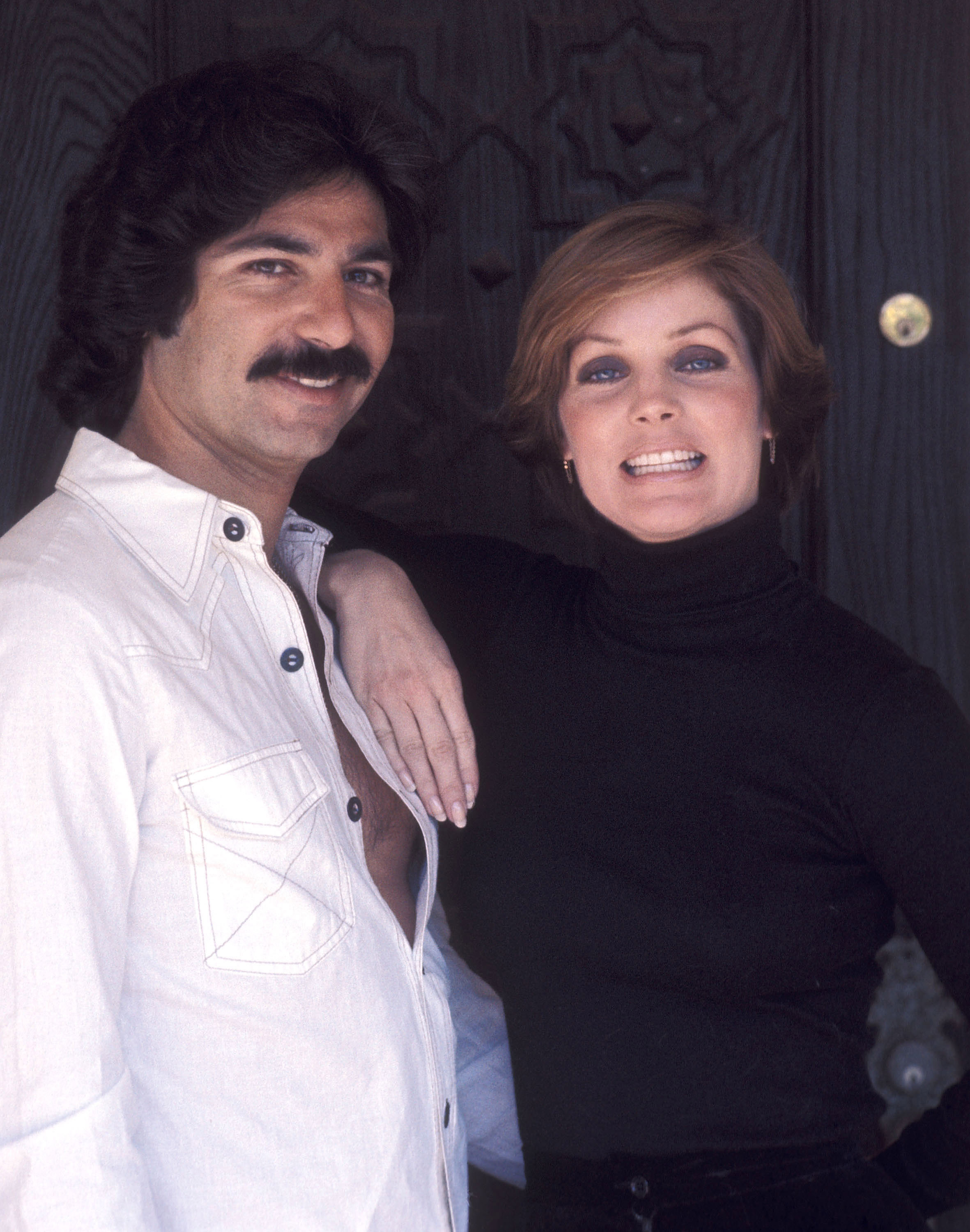 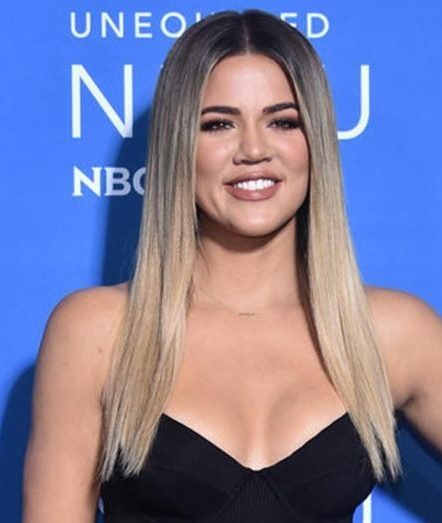 Even when Kris and Robert were still together, the question had come up about whose Khloe was, since she looked so unlike her siblings. Robert eventually had to respond to the controversy, publicly refusing to take a paternity test since in every way that mattered, Khloe was his daughter. 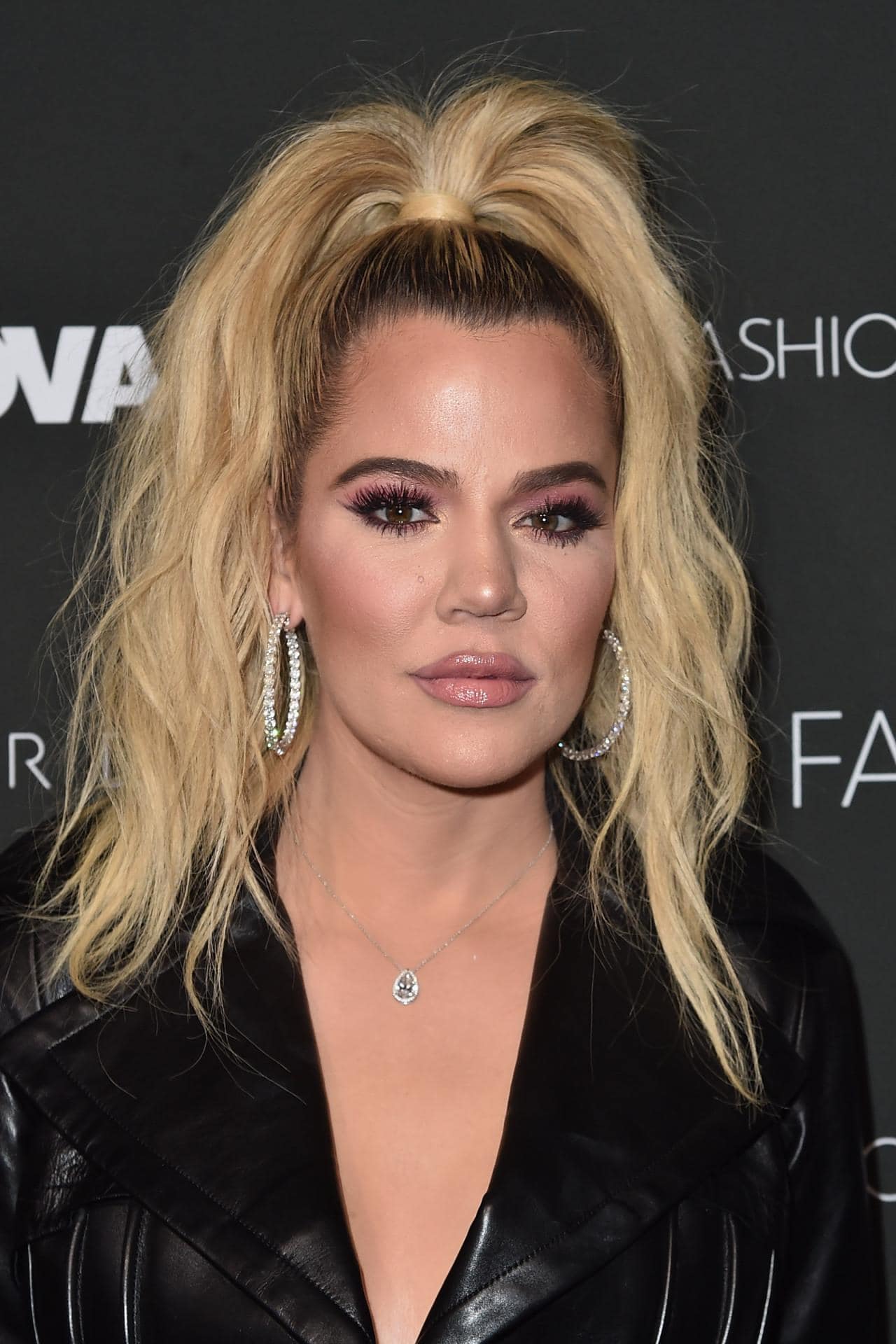 2. Kris has a weird bathroom requirement 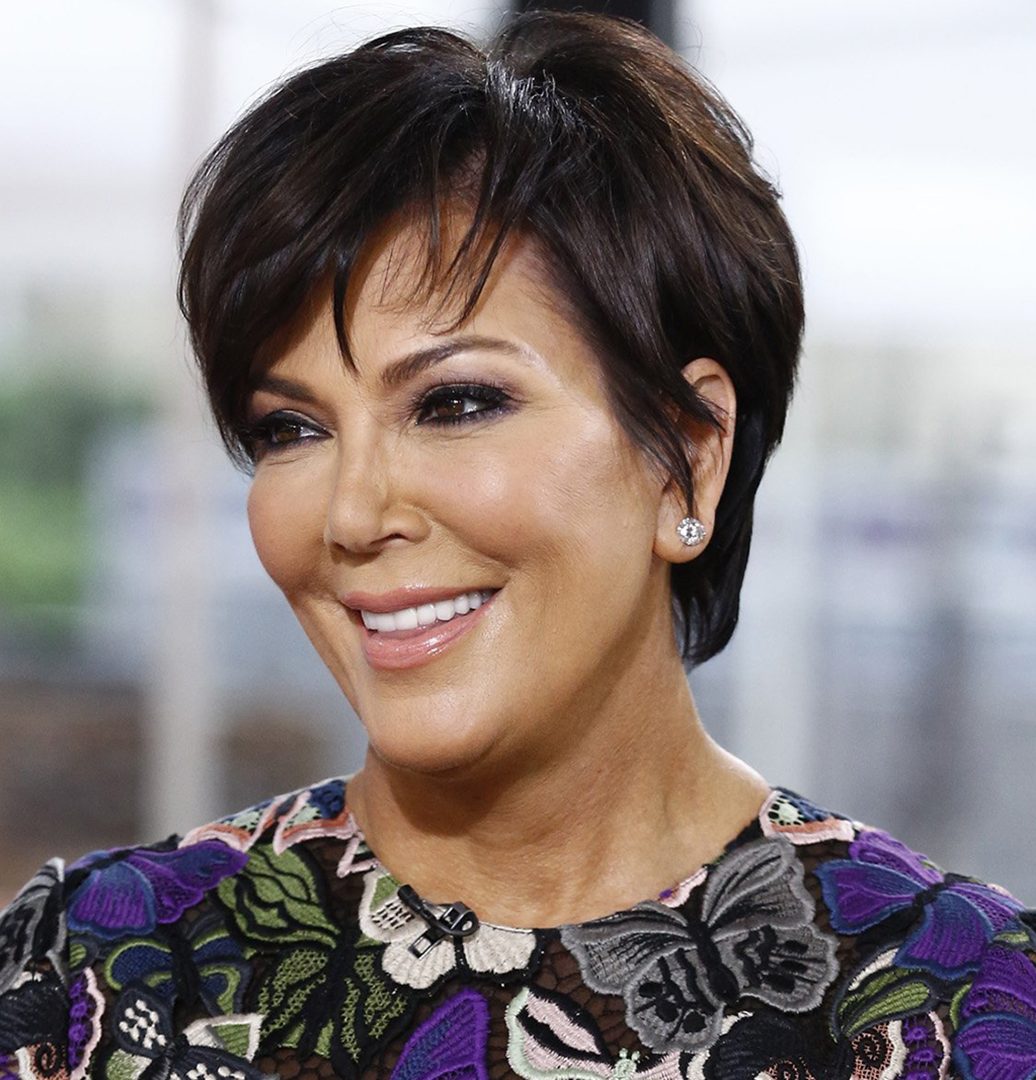 When she’s not acting as a momager, Kris has a variety of hobbies, but most of them revolve around aesthetics in some way. She obsessively designs and redesigns the rooms in her house until they are just perfect, and then updates them to stay in line with the trends. Not only that, but when she makes pasta involving tomatoes, she isn’t happy unless she serves it in red plates that match the sauce.

That might seem a little eccentric, but her obsession with colours and meticulous design goes even further. Famously, every bathroom in her house has pure black toilet paper, both because it matches the room and because she prefers it. Not only that, but it turns out other celebrities are on board with the black toilet paper phenomenon, since Simon Cowell famously refuses to use anything else. 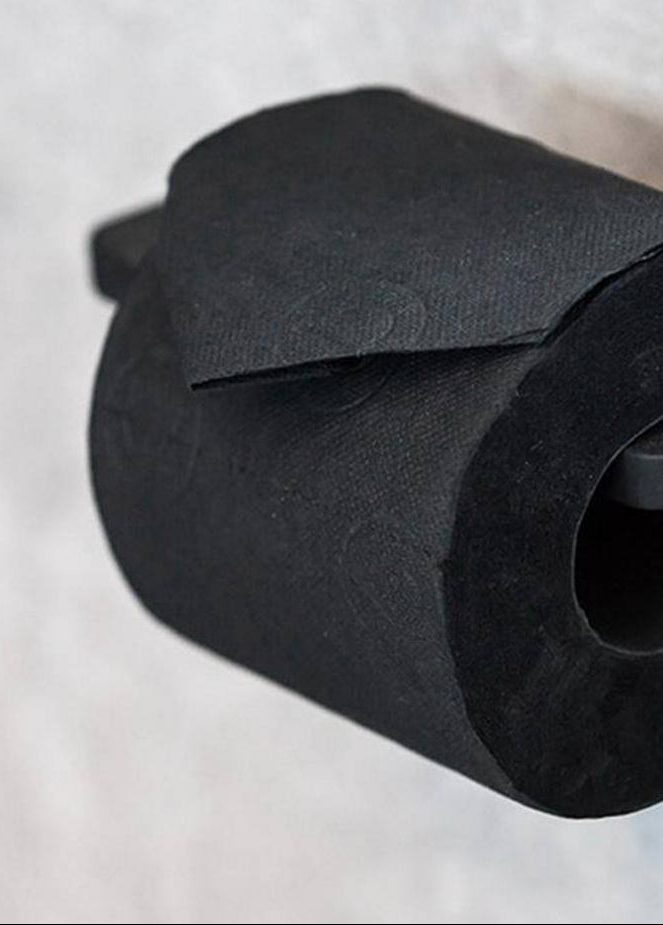 1. Kim’s sex tape was engineered by her mother 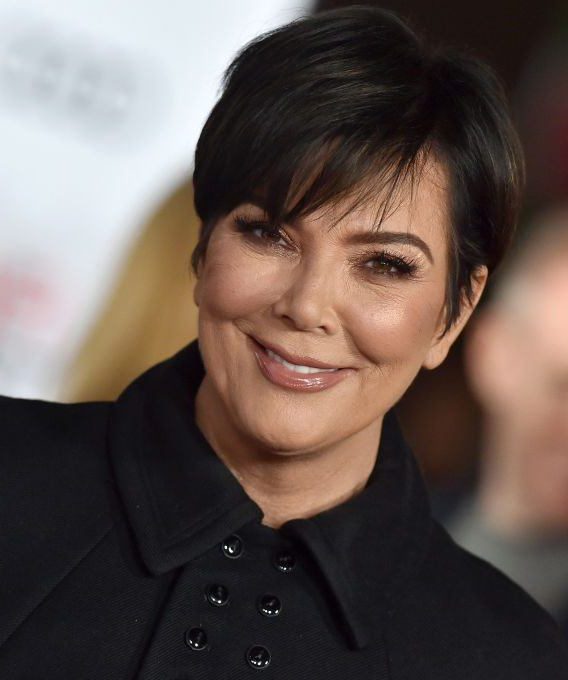 Getting a scandalous video released to the public might seem like the last possible thing any mother would want for her daughter, but Kris was actually approving of Kim’s choices. Not only that, but she consulted with celebrity PR experts and other famous people to ask what the best way to secure success for her daughter would be, and was told by everyone that a leaked tape was the only way to go.

Once she realised that was the best way for her daughter to become a star, she actually encouraged her to do it, and even researched the best ways to go about it. The most scandalous thing about this story is that Kris actually didn’t care about the fame itself, she just wanted her daughter to become famous so that she could promote their family business, a kid’s clothing technique that was struggling to do well. 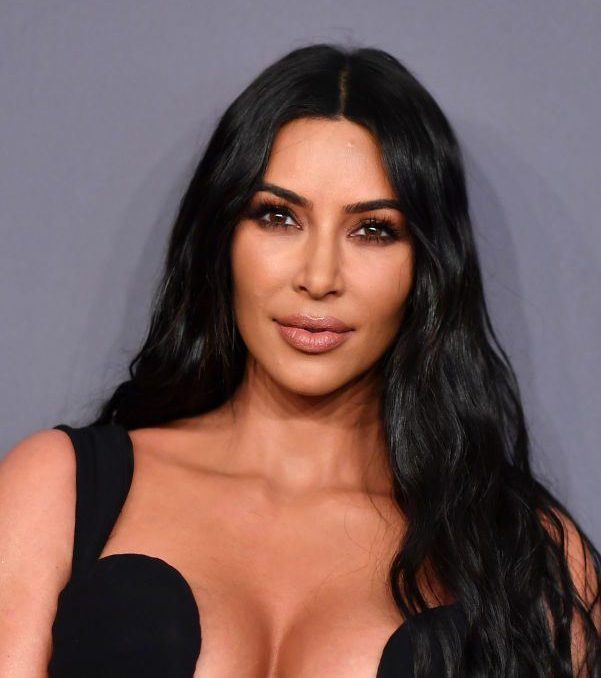