10 Things You Never Knew About The DC Cinematic Universe

The DC movies have had their ups and downs. Some have been record-breakingly brilliant, some have been record-breakingly bad, and others have fallen somewhere in between. However, throughout it all DC have established a reputation for being unafraid to take risks and do the unexpected. Sometimes that pays off, sometimes it doesn’t, but it does mean that when sitting down in the theatre you never quite know what to expect.

So, in the spirit of the unexpected, we’re counting down the top 10 things you still don’t know about the DC cinematic universe!

10. Suicide Squad had an on-set therapist 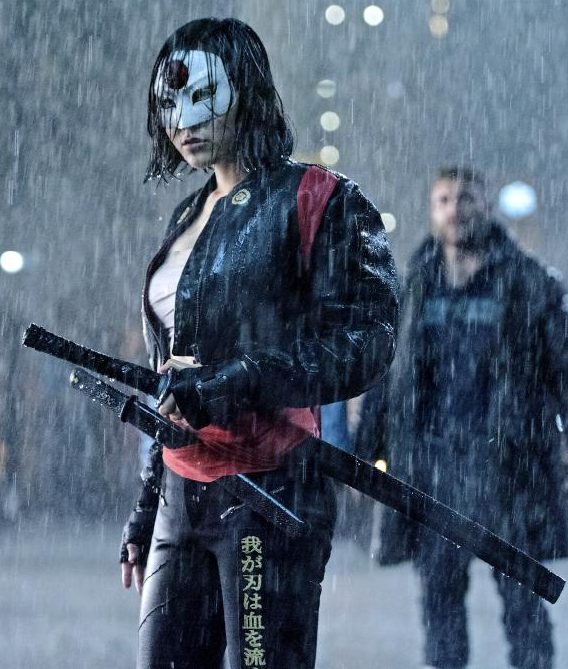 Superhero movies have always featured death and destruction but, aside from a few famous exceptions, they rarely wander into truly challenging territory. With that said, given that Suicide Squad is a film primarily about villains, it’s not surprising that the cast had to dig a little deeper into their dark sides than they were used to.

the director of the movie David Ayer actually encouraged this, and asked them to go as method as possible throughout the process. However, he didn’t want anyone feeling so broken that they couldn’t come into work the next day, so he hired an on-set therapist (or ‘life coach’ as he called it) to ensure that at the end of the shooting day, everyone felt they could leave their character at the door. 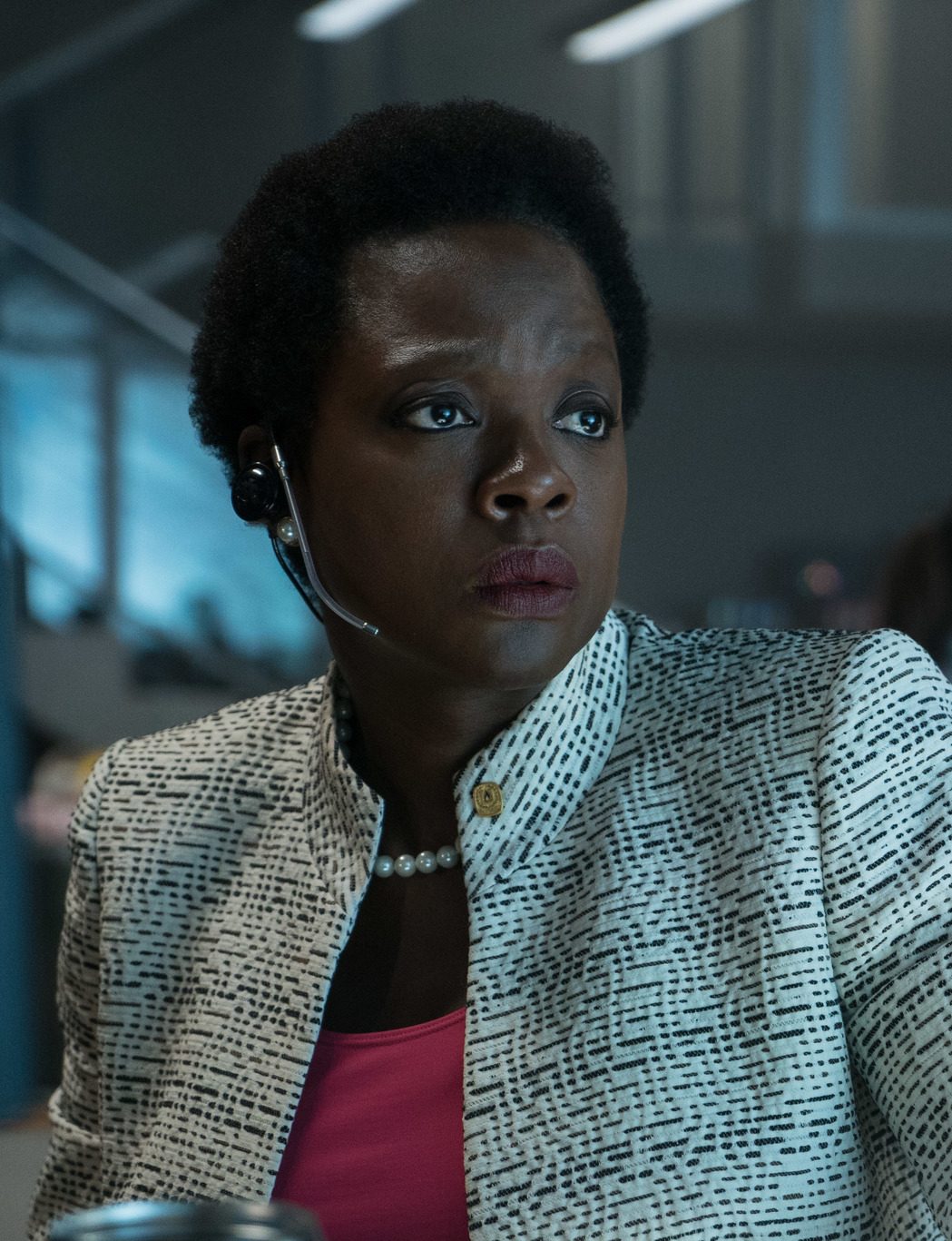 9. Gal Gadot didn’t know who she was auditioning to play 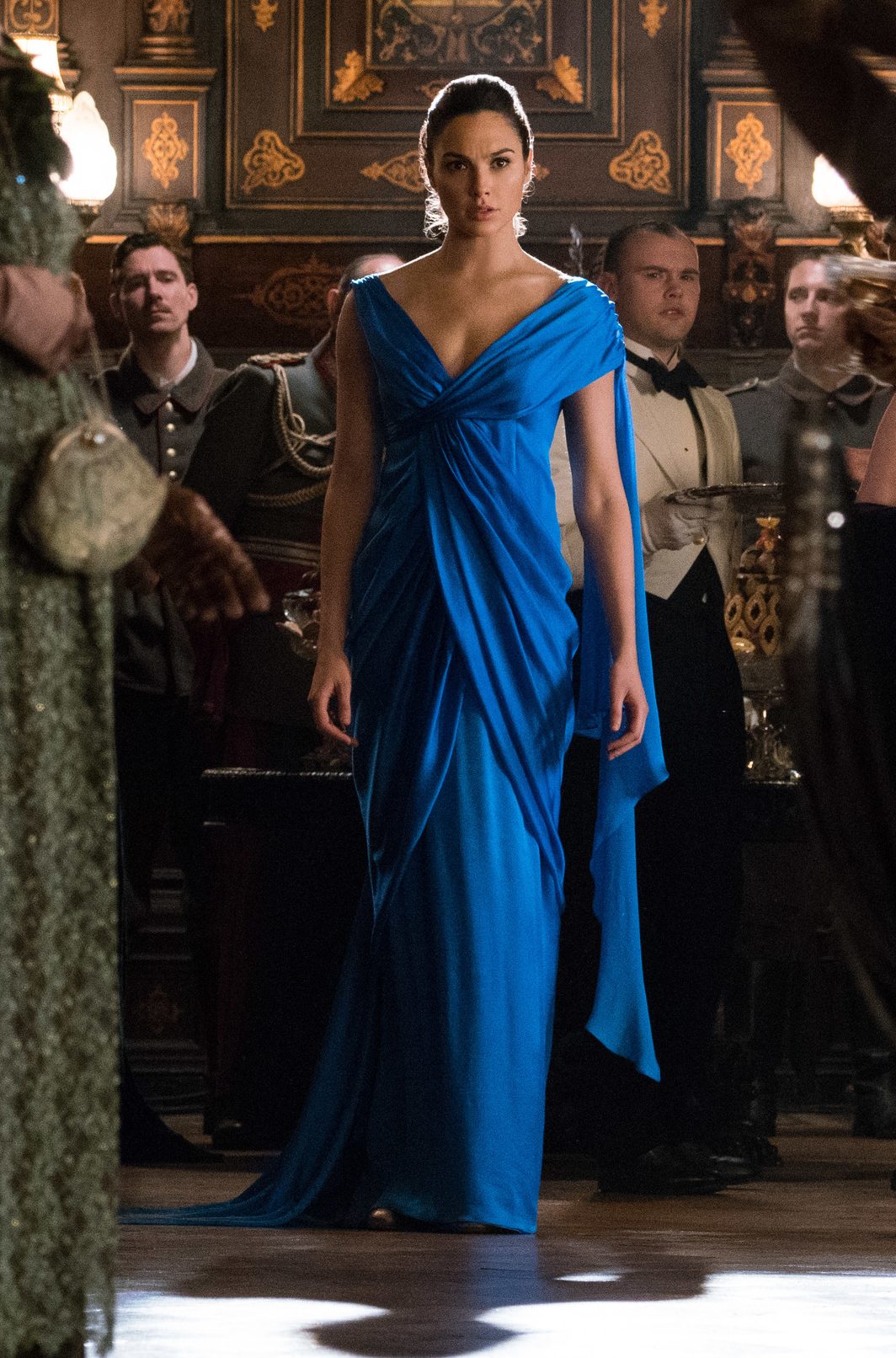 Aside from Superman and Batman, Wonder Woman is the biggest name that DC has in its roster, and the character is also one of the most well-known superheroes in the world full stop. Getting her casting just right wasn’t just crucial for the Wonder Woman movie itself, it would determine success or failure of the DCEU as a whole.

With so much riding on the character’s shoulders, it’s no surprise that casting was such a top-secret affair. For the first few rounds of auditions, Gal Gadot didn’t even know who she was supposed to be playing, only that the script she was reading was for a mystery character. 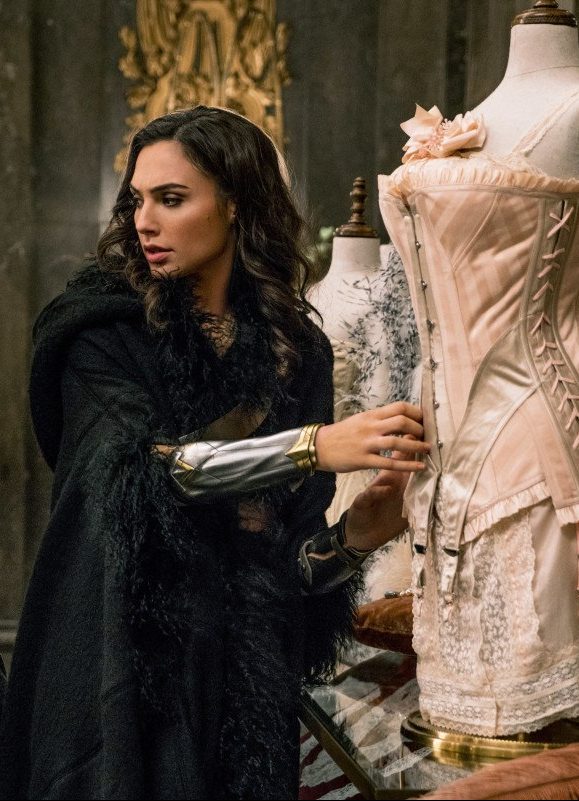 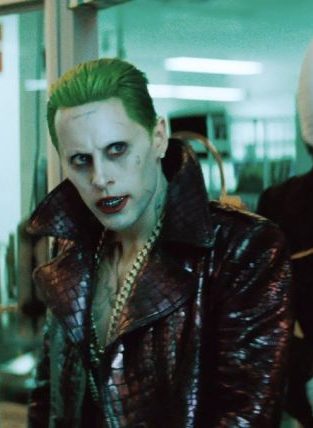 Batman might have a lot of iconic villains, but none of them rival the Joker. The part attracts great actors, but can also consume them, with them spiralling into very dark places in order to get in touch with the insanity he embodies. Jared Leto was no exception, spending so much time on set in character that the entire cast agreed they had never actually met the real Leto.

While some of the stories have been exaggerated – he never sent anybody used condoms, for example – he did write each of his fellow squad members elaborate letters, as well as giving them gifts that the Joker believed matched their character. This meant a love letter and a live rat for Harley Quinn, bullets for Deadshot, and comedy adult magazines for Captain Boomerang. 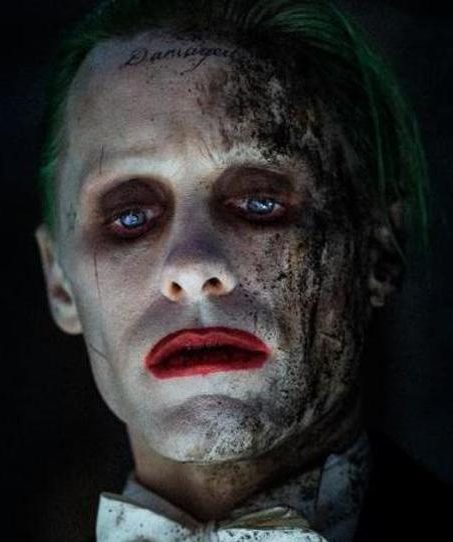 7. The Suicide Squad got matching tattoos 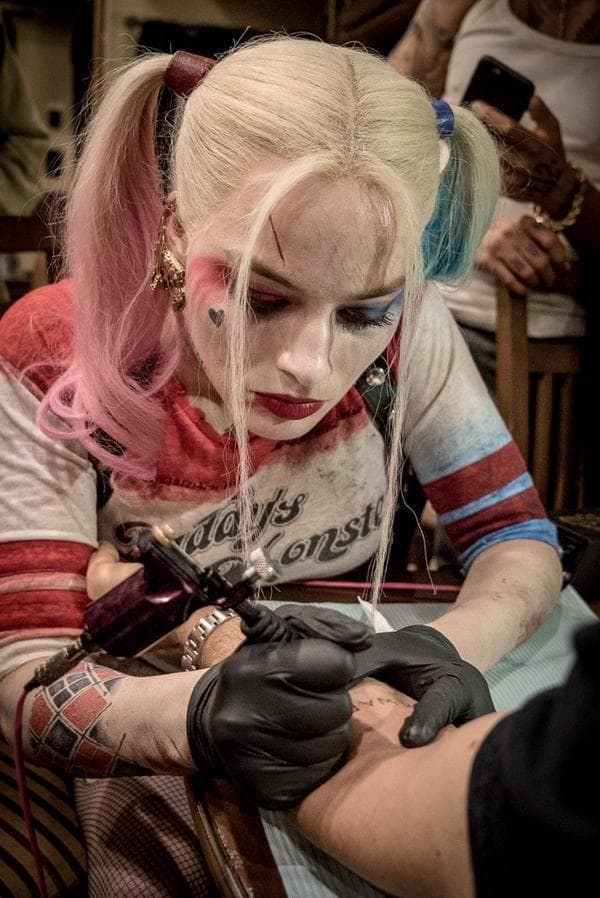 Given the dark material, the long shooting hours, and the team-focussed feel of the movie, it’s not surprising that the squad grew close on set. Aside from Leto, who had to lock himself away for hours at a time to keep himself in the Joker’s unstable mindset, the group of actors playing villains grew inseparable, and had an awesome time shooting the movie despite its lukewarm reception.

To celebrate the fact that they had become friends for life, the cast celebrated in the most Suicide Squad-esque way possible, by letting an untrained Margot Robbie give them all amateur tattoos. Robbie said on record that she didn’t really know what she was doing, but that it was important for them all to feel connected even after the movie was over. Sweet. 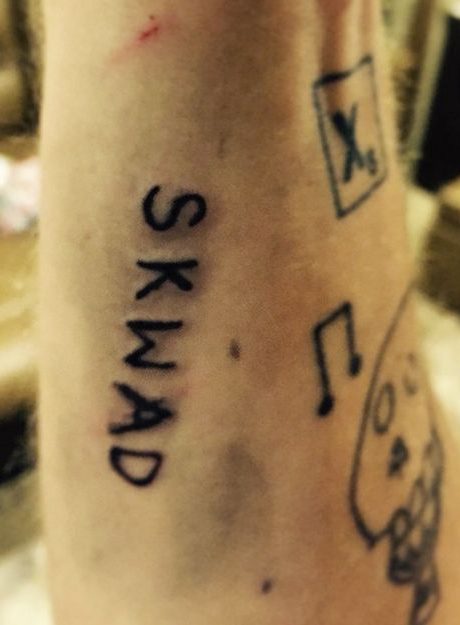 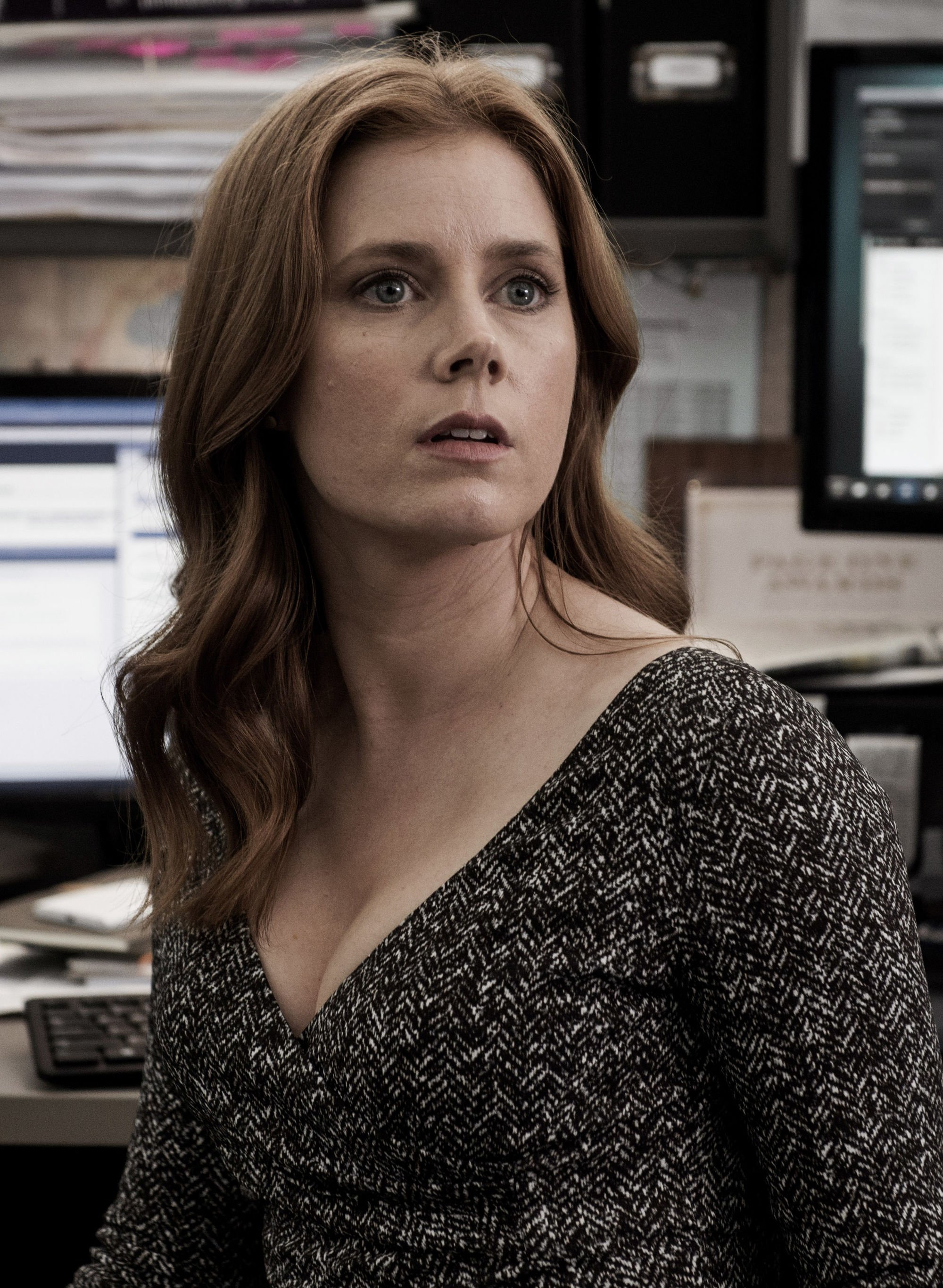 As far as non super-powered people go, Lois Lane is one of the most recognisable name in comics. She’s not just the love interest of Superman, she’s also a skilled reporter and investigator in her own right, who constantly helps out Clark Kent by getting to the bottom of the villains’ plans. Amy Adams had been enamoured with the role for years, initially attempting to play the character in a scrapped project called Superman Flyby and later auditioning and being declined the part in Bryan Singer’s Superman Returns.

Unfortunately for Adams, when she did eventually get given the role, it wasn’t the best experience. After being essentially the leading actress in Man Of Steel, in the sequel she was relegated to damsel-in-distress status, and almost her entire investigative subplot was cut out. Adams voiced her displeasure about the demotion very diplomatically, stressing that she liked to see Lane being active and standing up for herself. 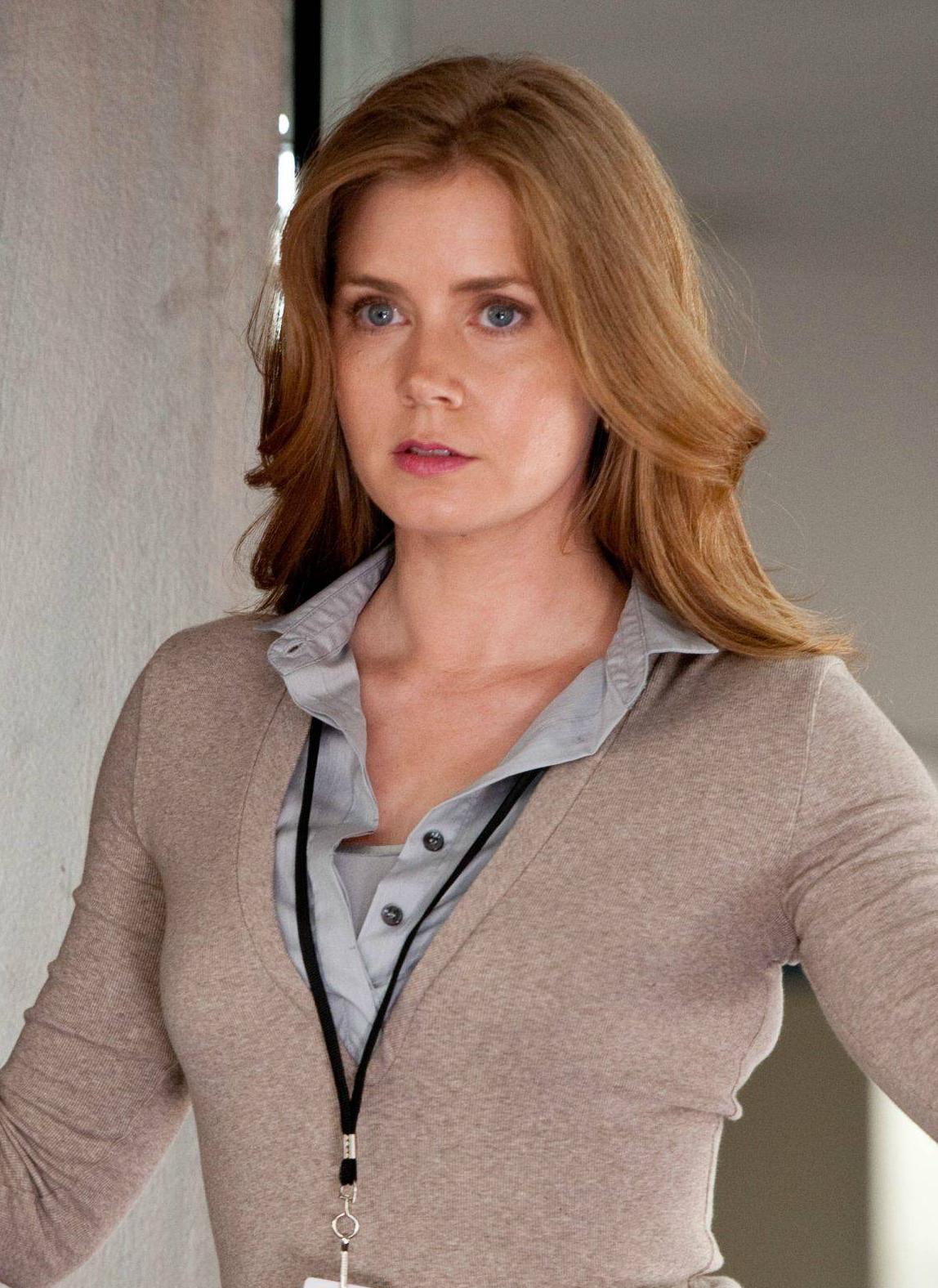 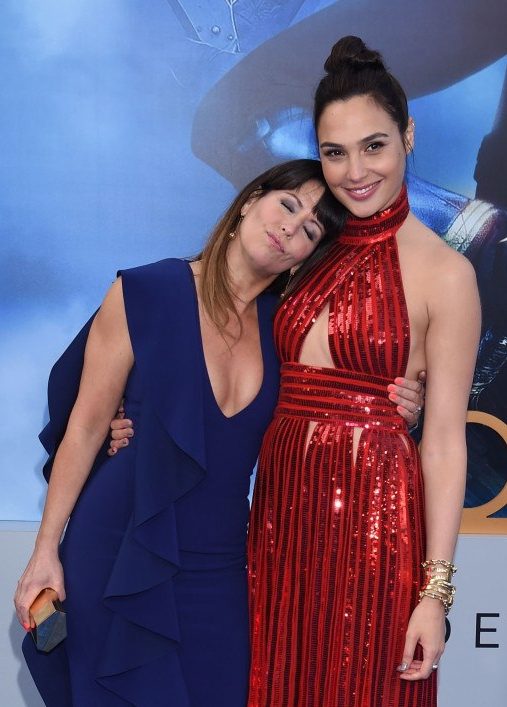 Wonder Woman is the movie that brought the DCEU back from the brink, and almost all of that was down to Gal Gadot’s stellar performance. It’s hard to imagine anyone else playing the iconic role, but her and the director Patty Jenkins did not see eye to eye at the beginning. When Gadot was first officially cast, Jenkins said that she hadn’t imagined her in the part, and even said she expected the studio to put the breaks on the project.

However, Jenkins changed her opinion almost immediately when shooting began, and later repeated in interviews again and again that Gadot was perfect. Gadot was relieved to hear this, as before getting the part she was considering quitting acting all together, and moving home to Isreal to pursue an entirely different career. 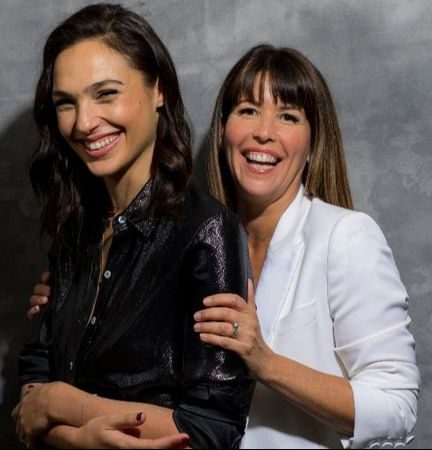 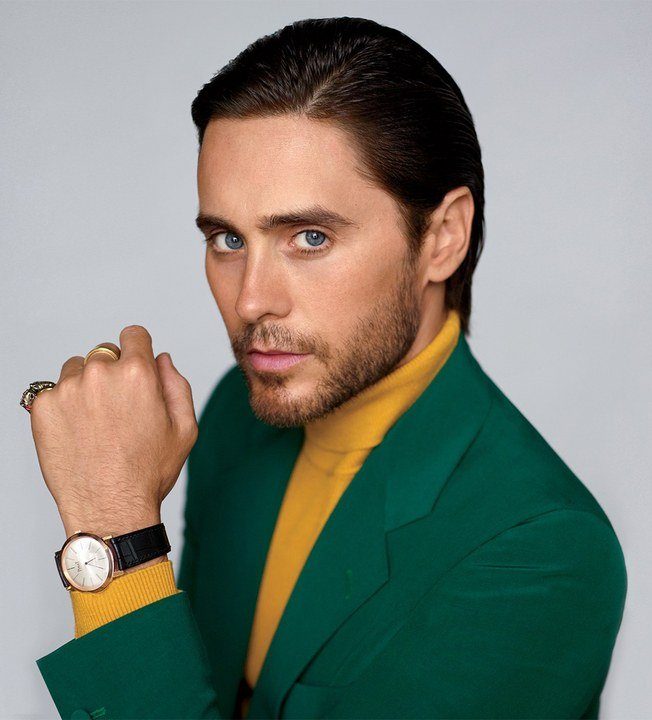 We’ve already discussed the amount of work that it takes for any actor to play the Joker, as well as the extremes to which Jared Leto went to bring his character to life. Needless to say, when Leto saw the final cut of the movie and the reaction it was getting, he felt betrayed. Part of that was because out of all the scenes he filmed as the joker, less than 10% of it ended up in the final cut of the movie.

However, he was actually more upset on a personal level than he was about the finished movie. Given his multi-movie contract and how crucial he was to the franchise, he had been told to stop all risky sports activities like rock climbing and paragliding, things he was super passionate about. Once he realised the movie he was in was not the gritty art film he’d been promised, and his future in the franchise was uncertain, the sacrifices no longer felt worth it. 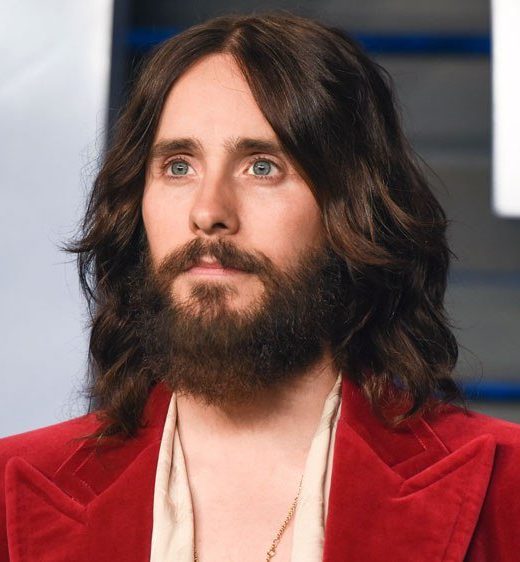 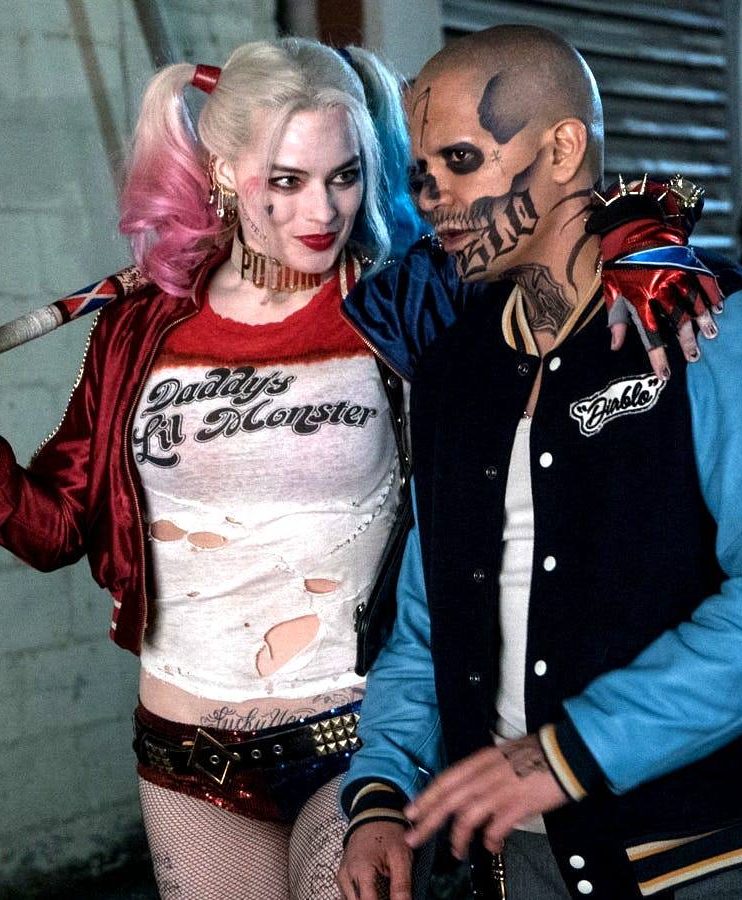 Despite the hard time that Suicide Squad got from both audiences and critics, people agreed that the movie wasn’t a total write-off. In particular, Margot Robbie’s performance as the infamous Harley Quinn was received warmly, and referred to as the glue that held the rest of the movie together. Strangely enough, her glowing performance wasn’t originally a part of the Suicide Squad vision.

Instead of Robbie, it was actually Emma Roberts’ who was the studio’s pick to play the former Harleen Quinzel. She had signed the contract and was ready to begin shooting when she had to drop out, due to a schedule conflict with her new at the time show Scream Queens. Robbie got the call to fill in, and the rest was history. 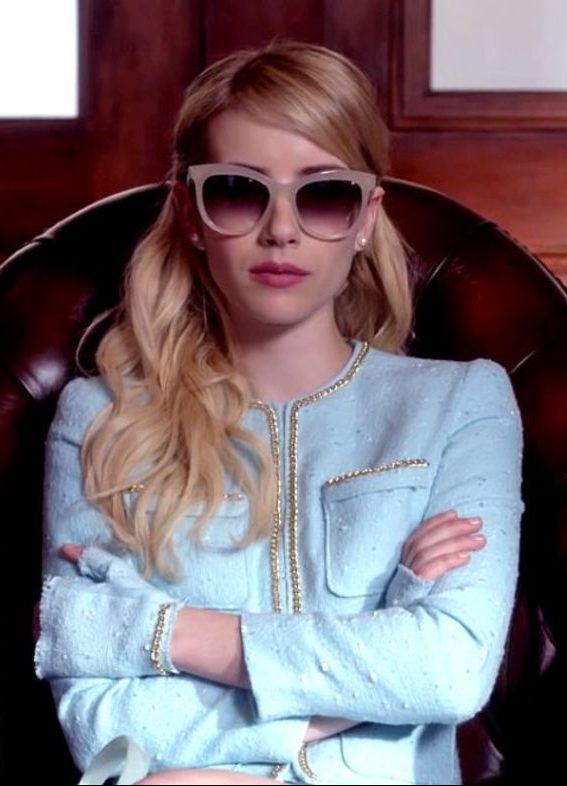 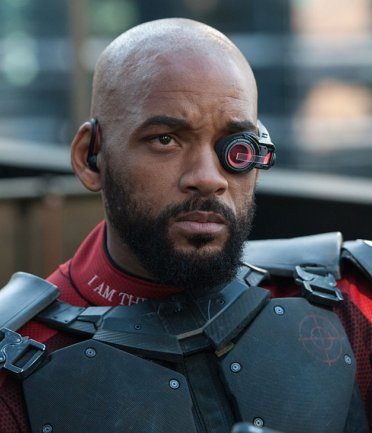 Will Smith is no stranger to wielding a gun on screen, so it might seem strange that for this movie in particular he had to seek out another expert opinion. With that said, Deadshot was a unique part, because the character’s ‘superpower’ was essentially super-accuracy. To make that believable, Smith had to do an incredible amount of military overseen marksman training, until he was a fair shot himself.

Not only that, but he had to compliment his gun training with a gym training regimen more intense than anyone else in the cast. This action hero approach got even more real when he tore the muscle in his calf during preparations, and then carried on with his gym programme while also undergoing six weeks of recovery. 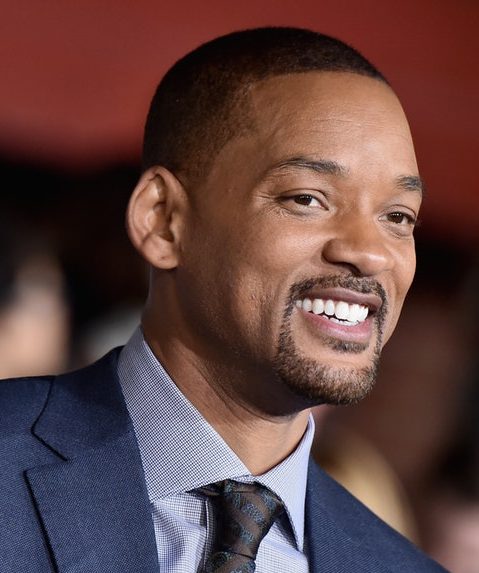 1. Gal Gadot was pregnant while filming 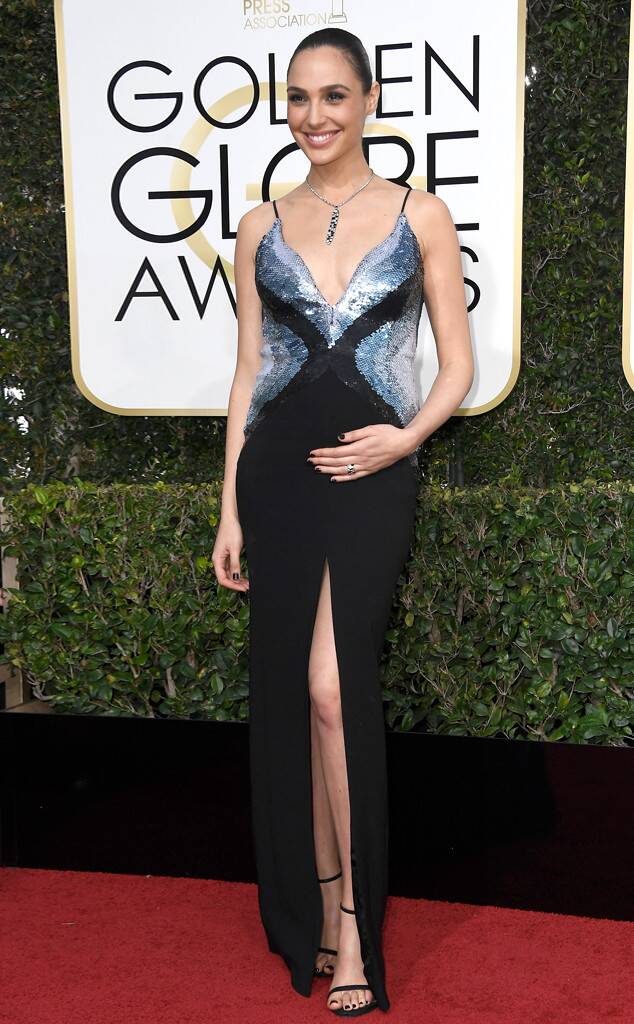 Wonder Woman’s costume is very different from that of Batman’s or The Flash’s, but one similarity is that they don’t give you anywhere to hide. This was bad news for Gal Gadot since, despite her model figure, she was gaining weight due to a pregnancy throughout the shooting of Justice League.

To compensate for this, the costume designers sewed a green screen panel into the front of her costume, so they could edit out her baby bump in post. Until that point however, Gadot concealed her pregnancy from the cast and crew, not wanting to be given special treatment or a less demanding schedule. 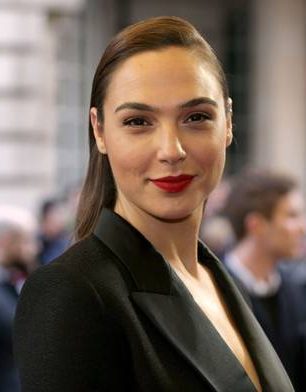