The very first film to be directed by Donald Petrie, who would go on to make a name for himself in the world of theatrical comedies by calling the shots on films such as Richie Rich and Miss Congeniality, Mystic Pizza is a coming of age drama that has built up something of a cult following since its release over three decades ago.

Starring Julia Roberts before she hit the big time in the likes of Pretty Woman, Mystic Pizza explores the romantic lives of the Araújo sisters Daisy (Roberts) and Kat (Annabeth Gish), as well as their friend Jojo (Lili Taylor).

Below are 10 things you might not have realised about the film that the Rotten Tomatoes website actually compares to a Pizza, because in their opinion it is ‘cheesy, topped with romance, and rises to the occasion.’

10. It was inspired by a real pizza restaurant 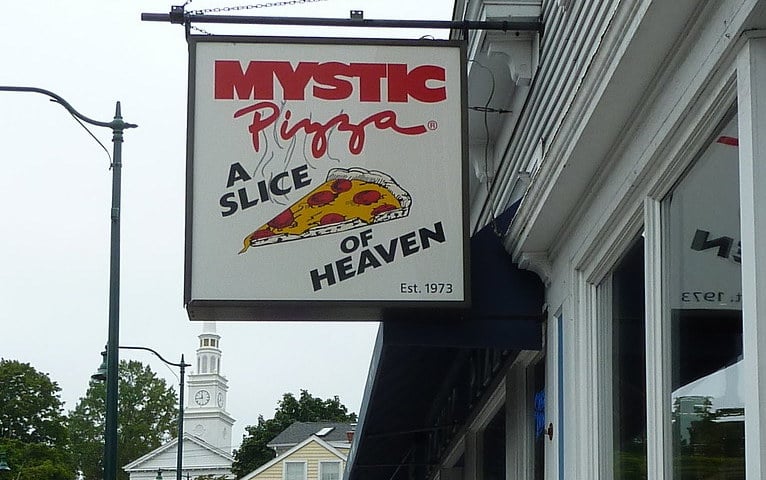 Mystic Pizza was inspired by a real pizza restaurant in Mystic, Connecticut that the film’s screenwriter Amy Holden Jones saw when she was holidaying in the area.

The pizza restaurant, which is also called Mystic Pizza, was founded in 1973 and is extremely popular with locals and tourists alike. Unfortunately, the restaurant itself was too small to be used in the film, so instead served as inspiration for a purpose-built set located in a converted house. 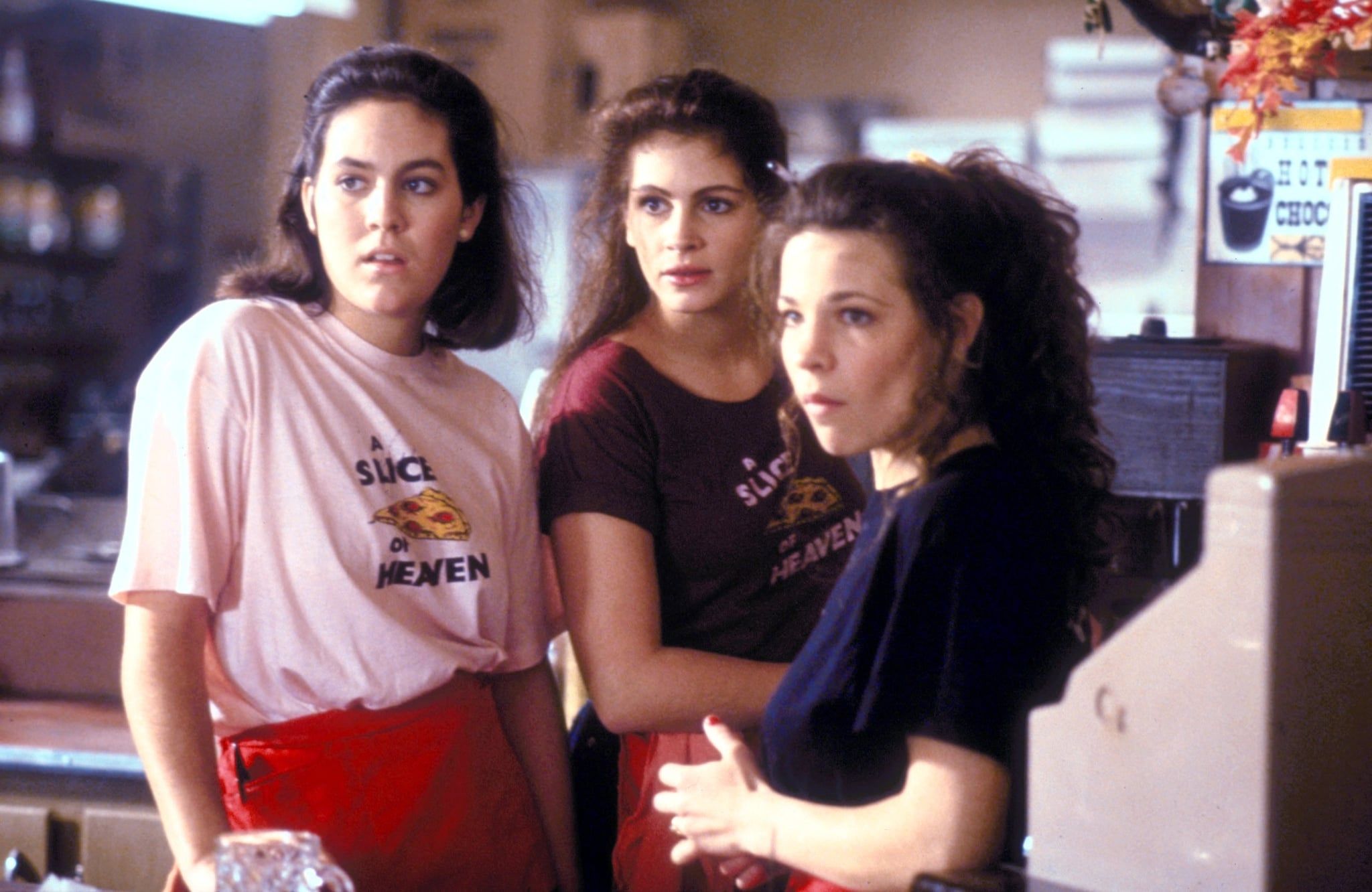 Julia Roberts originally auditioned for the role of Jojo, but the film’s casting agents decided that she would be more suitable playing Daisy.

The role of Jojo eventually went to Lili Taylor, who went on to appear in the films Ransom, The Haunting, Public Enemies and The Conjuring, as well as the acclaimed TV series Six Feet Under.

Mystic Pizza is only Julia Roberts’ third film, after she had an uncredited role in the 1987 direct to video release Firehouse, followed by a much larger part in Satisfaction a year later. But do you know which future Academy Award winner made his film debut in Mystic Pizza, playing Daisy’s boyfriend’s younger brother?

It’s an 18-year-old Matt Damon, whose character Steamer Windsor only has one line of dialogue, it being “hey mum, do you want my green stuff?” Damon would of course go on to become one of the biggest stars in Hollywood, winning an Oscar for co-writing Good Will Hunting, as well as being nominated three times for his acting, in Good Will Hunting, Invictus and The Martian. 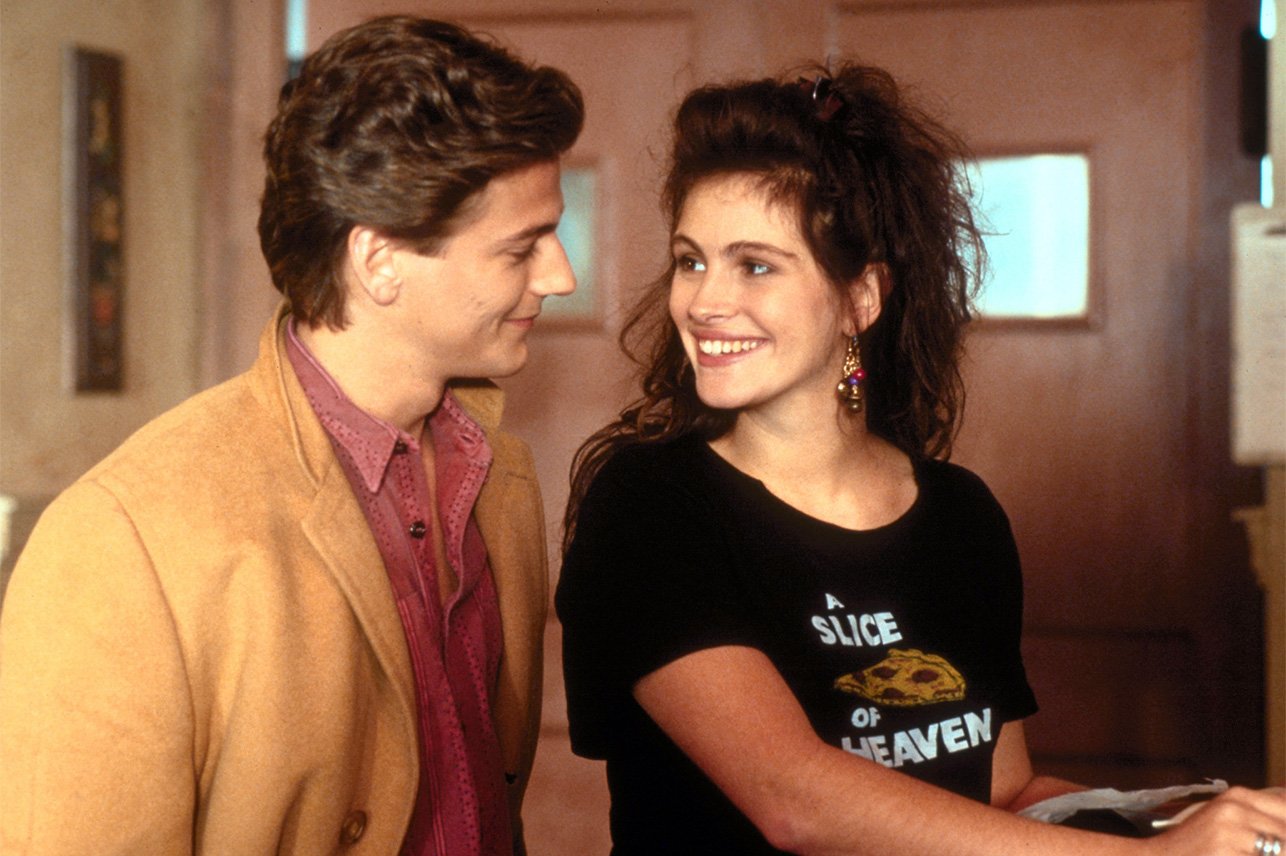 $50,000 may seem like a great deal of money to most of us, especially for what it was worth back in the late 1980s, but compared to what Julia Roberts would go on to earn just over a decade later it could be described as a pittance.

In 2000, Roberts would become the first actress ever to earn a $20 million salary for a single film, for her Academy Award-winning performance in Erin Brockovich.

6. Annabeth Gish’s mum was required to be present during her romantic scene

Annabeth Gish, who plays sister Katherine ‘Kat’ Araújo in Mystic Pizza, was only 17 when the film was being shot, which led to an issue when she had to act out a romantic scene.

Gish’s age meant that her mum had to be present when her character’s intimate moment with married man Tim was being filmed, something that her co-star William Moses has admitted completely freaked him out at the time.

5. A record amount of money was spent on marketing the film

The total spend, which was thought to be around the $6.5 million mark, included a lucrative advertising deal with Domino’s Pizza.

4. One film critic was incredibly prophetic with his review

When reviewing the film, which he gave a positive ‘two thumbs up,’ film critic Roger Ebert was also incredibly prophetic with one of his predictions.

Ebert wrote that Mystic Pizza “may someday become known for the movie stars it showcased back before they became stars,” and whilst Annabeth Gish may not have hit the career heights some may have predicted, we all know what happened to Julia Roberts.

3. It gave Julia Roberts her very first taste of fame 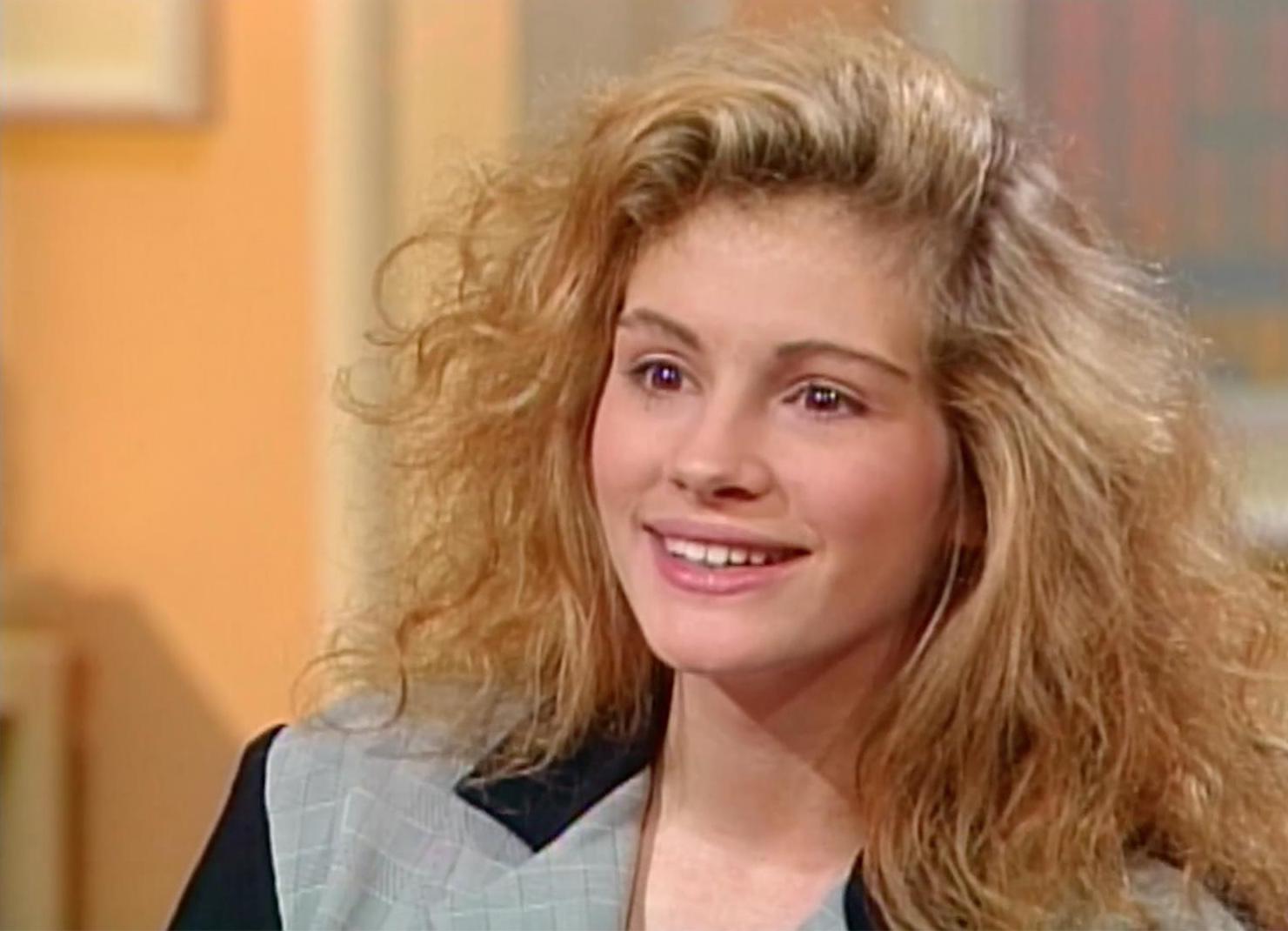 Julia Roberts has revealed that release of Mystic Pizza was when she got her very first taste of being famous.

“The first time I felt famous was when I went to the movies with my mum,” Roberts recalls. “I had gone to the loo, and someone said in a very loud voice ‘girl in stall number one, were you in Mystic Pizza?’”

2. A musical adaptation is currently being developed 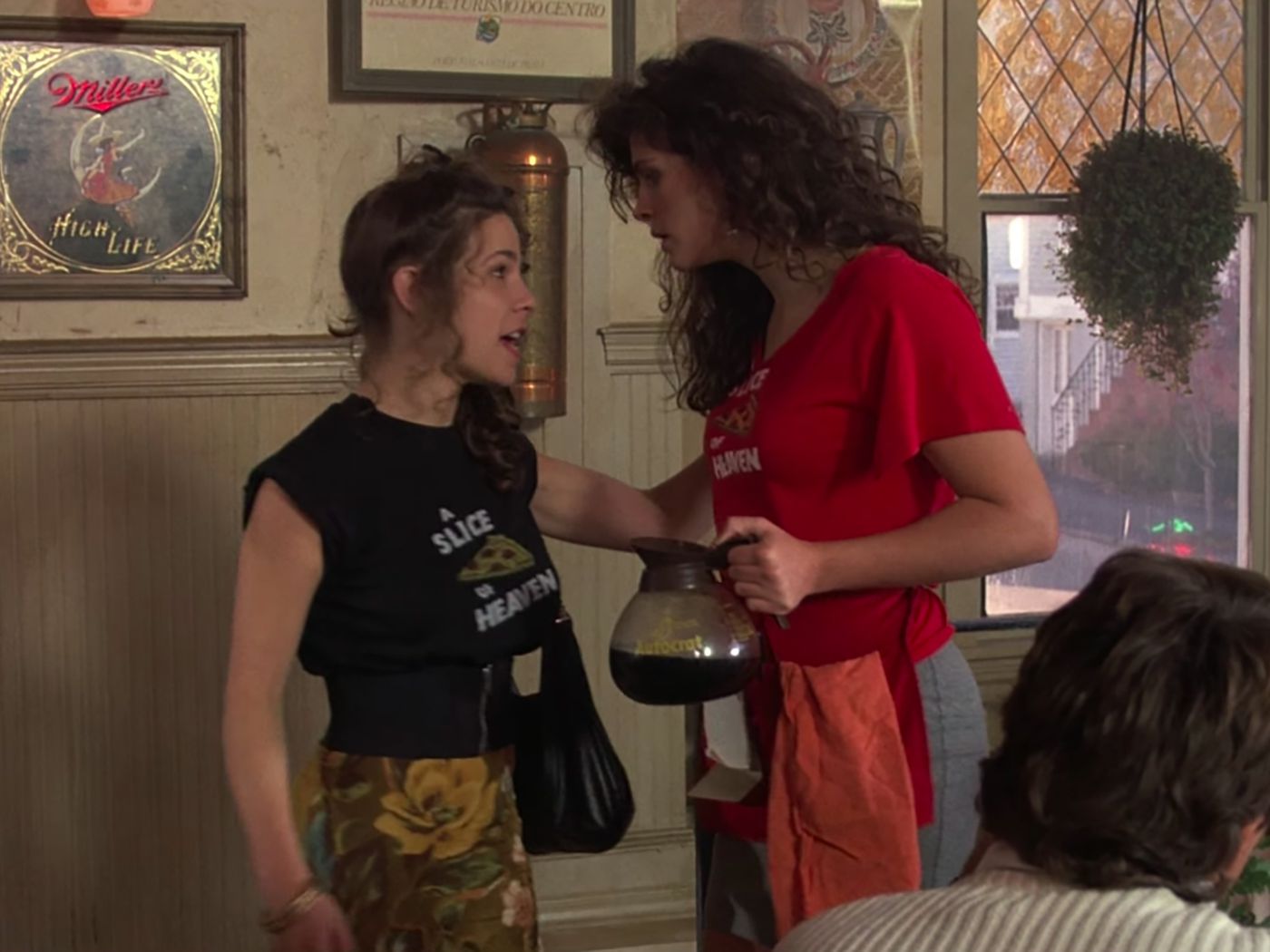 It was announced only last year that a Mystic Pizza musical is currently being developed, which will feature original songs by Melissa Etheridge, an American singer-songwriter who has been nominated for 15 Grammy Awards throughout her career, and also won the 2007 Best Original Song Academy Award for I Need to Wake Up from the film An Inconvenient Truth.

The musical’s director Gordon Greenberg believes that the film’s story will appeal to modern-day audiences, saying “adapting Amy Holden Jones’ original screenplay for the stage with rock icon Melissa Etheridge… is a dream collaboration on a story that is as relevant today as it was when we all first experienced it.”

1. The top secret pizza recipe has still not been revealed 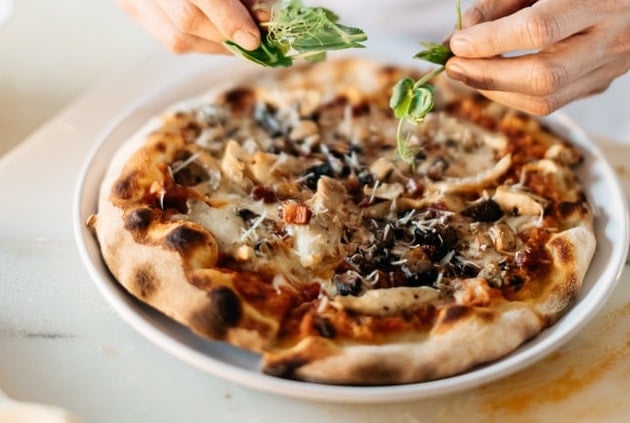 You’d think that three decades after the film and nearly 50 years after the real-life restaurant opened we’d finally know what the secret recipe is that makes the Mystic Pizza pizzas taste so amazing, but it’s still a well-kept family secret.

Recently, Mystic Pizza restaurant also created frozen pizzas that are available to purchase at supermarkets, but sadly only in the United States.