10 Things You Never Knew About Labyrinth

Released in 1986, Labyrinth is a musical fantasy film starring Jennifer Connelly and David Bowie. The film follows 16-year-old Sarah’s (Connelly) journey to rescue her infant brother from the clutches of Jareth, the Goblin King (Bowie). Although the film received mixed reviews at the time, it’s since gone on to gain a cult following.

Here are 10 facts you never knew about this fascinating film.

10. Michael Jackson was considered for the role of Jareth 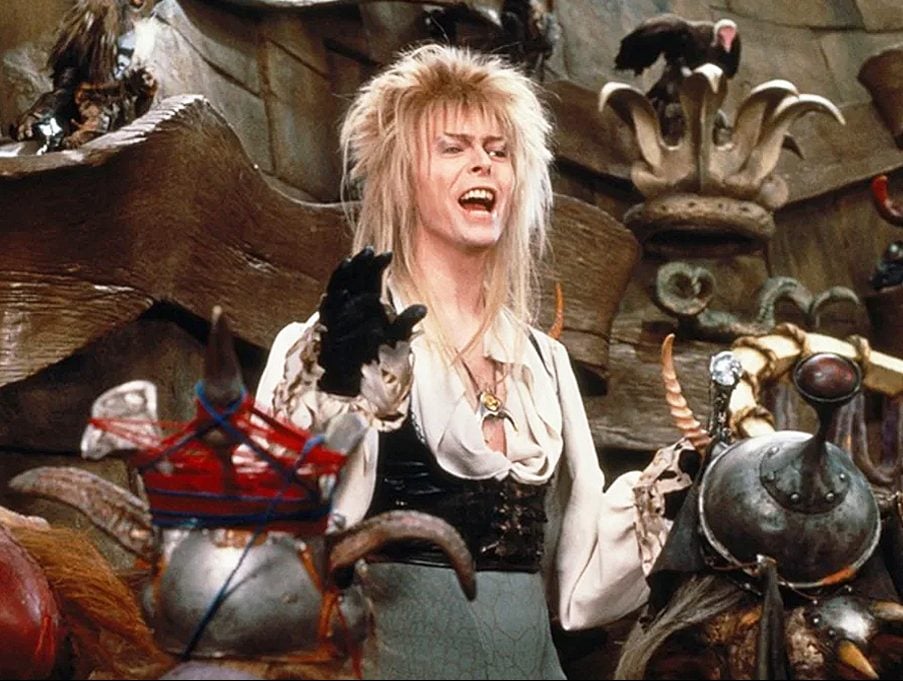 During the early stages of production, The Goblin King was envisioned as another mythical creature and was potentially going to be played by a puppet. However, screenwriter Terry Jones was then told by Jim Henson that the character was actually going to be developed into a bigger role.

Michael Jackson, Prince and Mick Jagger were all in the running to play Jareth the Goblin King. Sting was also up for consideration, and was actually Jim Henson’s first choice – but his children convinced him that David Bowie would be better.

9. 25 versions of the script were written 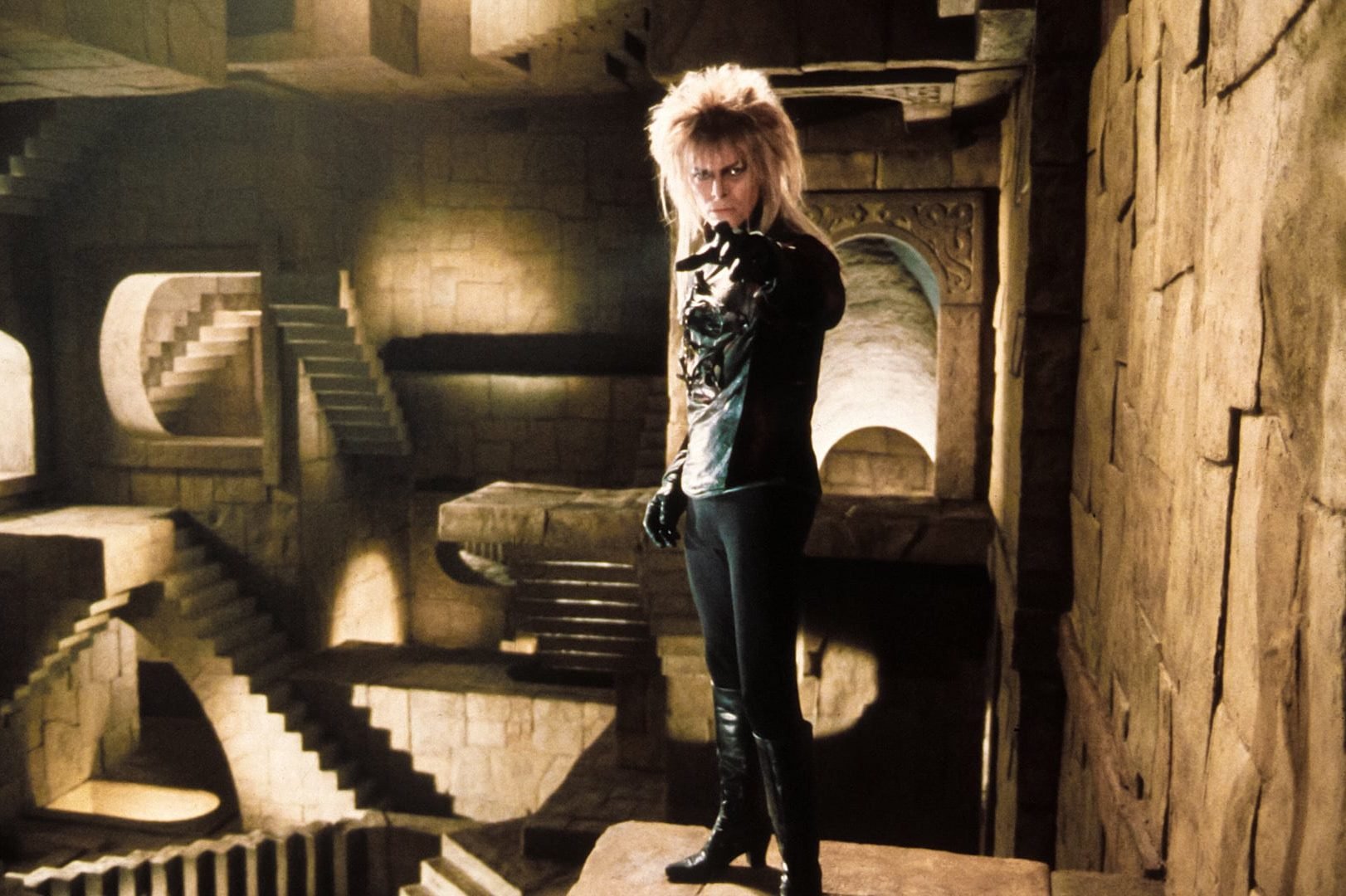 Many screenwriters and creatives pitched in to the creation of Labyrinth. The idea was first born when illustrator Brian Froud approached Jim Henson about making a film featuring “a baby surrounded by goblins”, after he was inspired by a showing of The Dark Crystal.

Monty Python’s Terry Jones and Fraggle Rock writer Laura Phillips then wrote a script each. Scriptwriter Elaine May then revised each screenplay and helped bring the characters to life. Jim Henson and George Lucas also helped edit and write the screenplay. However, in the end it was only Terry Jones who was credited as the film’s screenwriter.

8. Jim Henson fell out with Maurice Sendak due to similarities between Labyrinth and Where the Wild Things Are 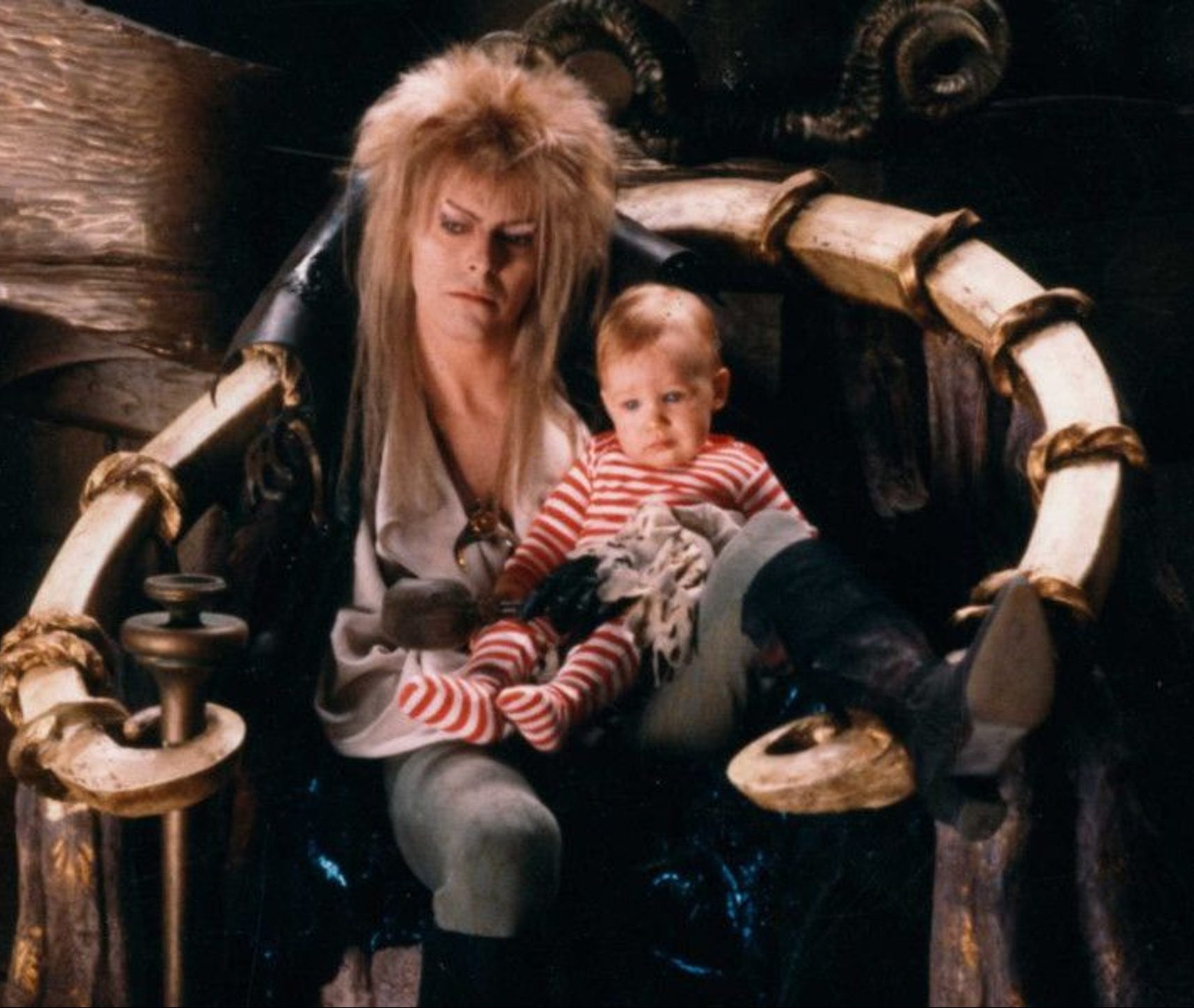 Jim Henson and author Maurice Sendak were friends, but their relationship soured during the production of Labyrinth. Sendak believed that the plot of Labyrinth bore uncanny resemblance to his book Where the Wild Things Are. Sendak had a point, given that his book centred around a young girl who rescues her sister from goblins. Plus, the ‘fierys’ in Labyrinth were initially called ‘wild things.’

Things escalated and Sendak’s lawyers urged Henson to stop the production. Eventually, Henson decided to rename the ‘wild things’ as ‘fierys’ and Sendak withdrew his objection. The film’s credits also state: ‘Jim Henson acknowledges his debt to the works of Maurice Sendak.’ 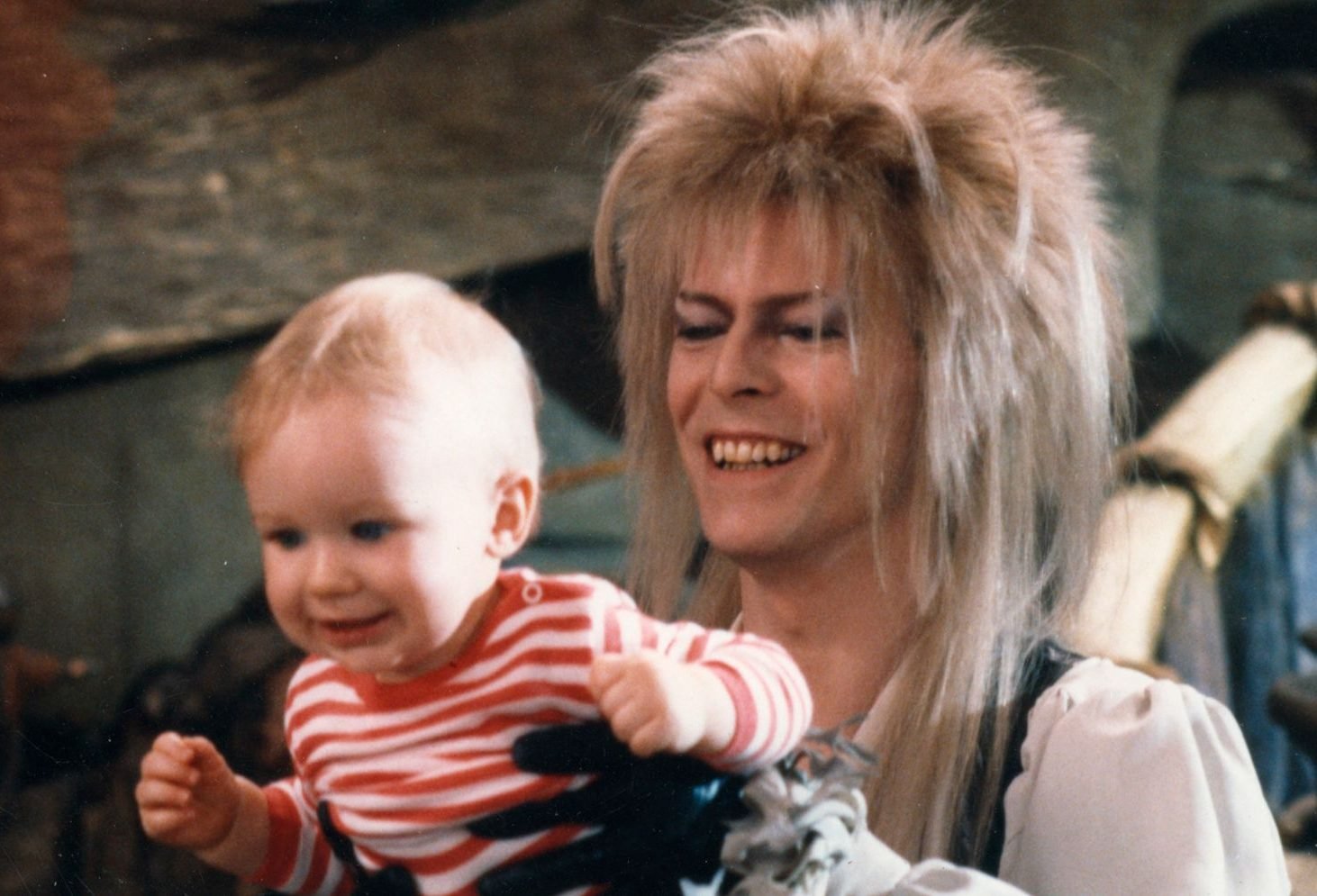 It’s always difficult to shoot any film or TV scene involving babies, and the scenes in Labyrinth which featured Toby – played by Toby Froud, Brian Froud’s son – were no less challenging. The scene where Jareth whispers in Toby’s ear was particularly hard to film, with Toby screaming and crying in most takes.

In order to calm Toby down, a crew member came up with the idea of using a glove puppet to soothe him. While Bowie spoke with Toby on his lap, he had the puppet on one hand out of shot, which he wiggled to keep Toby calm and amused.

6. Jennifer Connelly faced a lot of competition for the role of Sarah 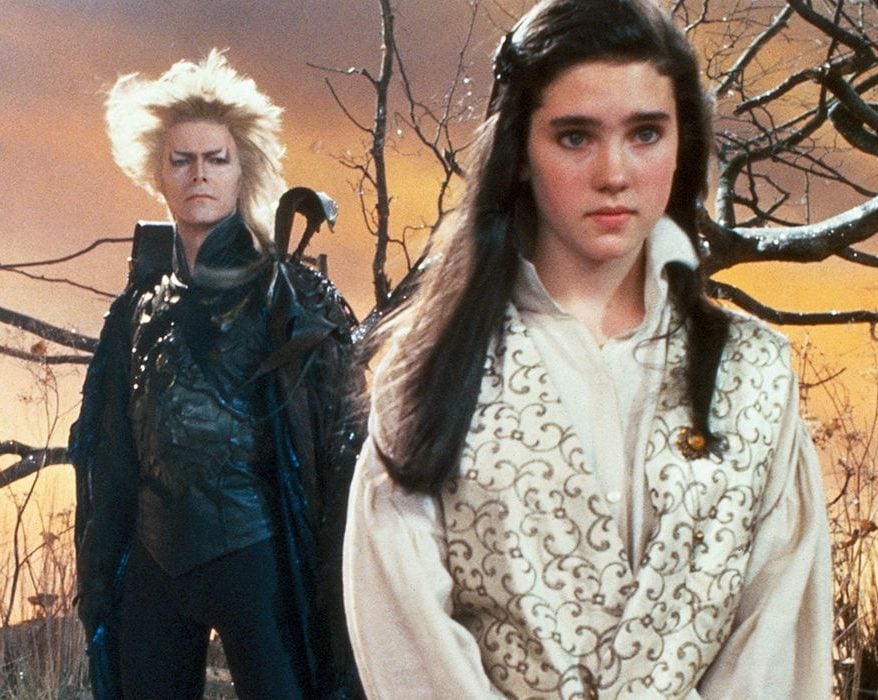 Jennifer Connelly’s performance as Sarah helped place her firmly in the public eye and acted as a springboard for her future acting career. But the role wasn’t always in the bag for Connelly – many actresses vied for the part.

Jane Krakowski, Yasmine Bleeth, Sarah Jessica Parker, Helena Bonham Carter, Mary Stuart Masterson, Laura Dern, Lili Taylor, Laura San Giacomo, Ally Sheedy and Mia Sara all auditioned. Krakowski, Sheedy, and Maddie Corman were the most likely candidates until Connelly auditioned and succeeded in winning Henson over. “When Jenny walked in, she was the right person, and it was one of those great little moments. She did a wonderful reading and she’s a bright, intelligent actress who takes direction well and everything was just right,” Henson said.

5. Connelly could have been seriously injured filming the Shaft of Hands scene 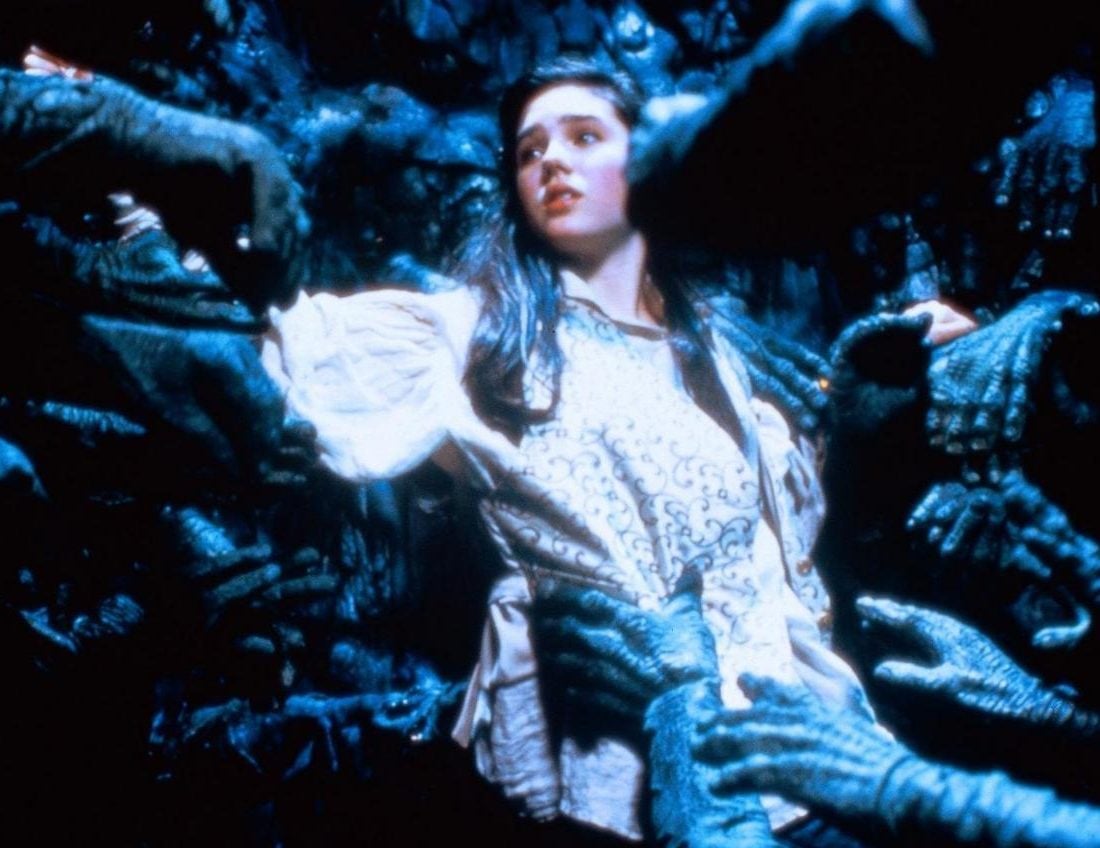 One of the most memorable scenes in Labyrinth is the Shaft of Hands scene, which sees Connelly ‘fall’ down a dark shaft lined with sentient, disembodied hands. It’s only a brief scene, but one which took a lot of effort to film. 150 of the hands were supplied by 75 live performers, with an extra 200 fake hands made of foam and rubber.

While shooting the scene, Connelly was suspended on a harness 40 feet up. On top of this, she was told that if she tried to touch the back of the shaft, she risked chopping her fingers off with the hinges. Connelly also remained suspended in the harness between takes.

4. There are figurines and toys of the creatures Sarah encounters in her room 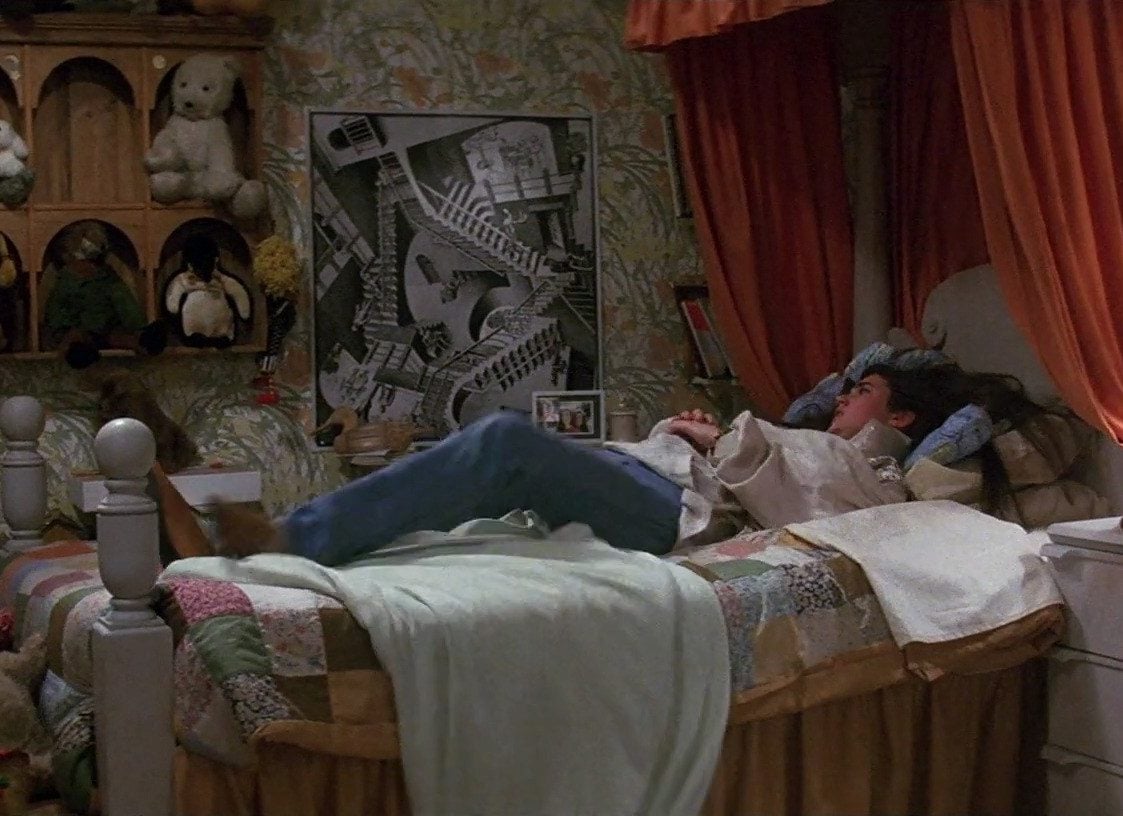 You might not have noticed, but many of the fantastical creatures that appear in the labyrinth itself also appear in Sarah’s bedroom. For example, there is a figurine of Jareth on Sarah’s dressing table, toys shaped like Ludo and Sir Didymus, and a musical box that recalls the film’s masquerade sequence.

Plus, there’s also a poster of M.C. Escher’s artwork Relativity on her bedroom wall, which is likely an allusion to the scene with Jareth in the room with many stairs. There’s also board game resembling the labyrinth itself. These are all small and inconsequential Easter eggs, but they certainly demonstrate Henson’s meticulous attention to detail.

3. A professional juggler plays Jareth’s arms in the juggling scenes 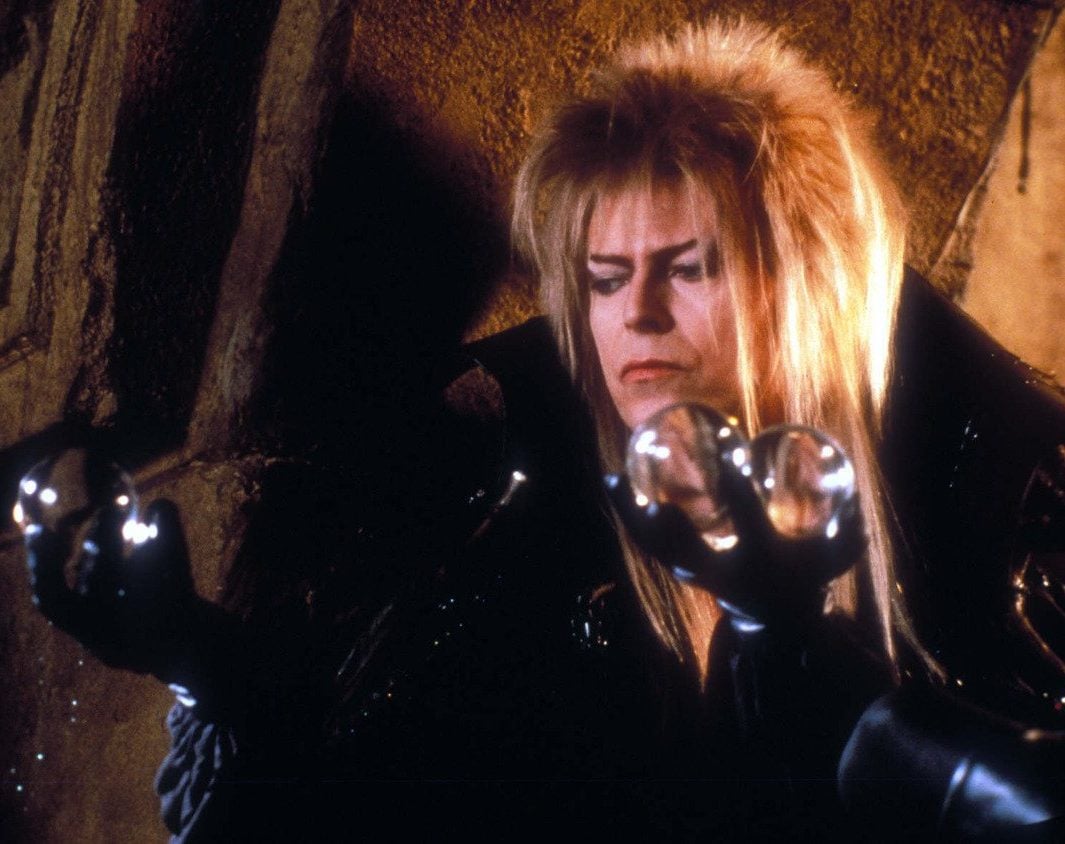 Memorably, Jareth does some pretty wild tricks with his crystal balls. But these tricks weren’t actually done by Bowie himself – instead, they were performed by Michael Moschen, a professional juggler.

While shooting the scenes, Moschen would simply crouch behind Bowie and stick his arms out so they looked like Bowie’s own. Amazingly, Moschen did not even have a mirror or screen to see what he was doing and so had to perform the tricks blind!

2. Jim Henson regretted not cameoing in the film before he died 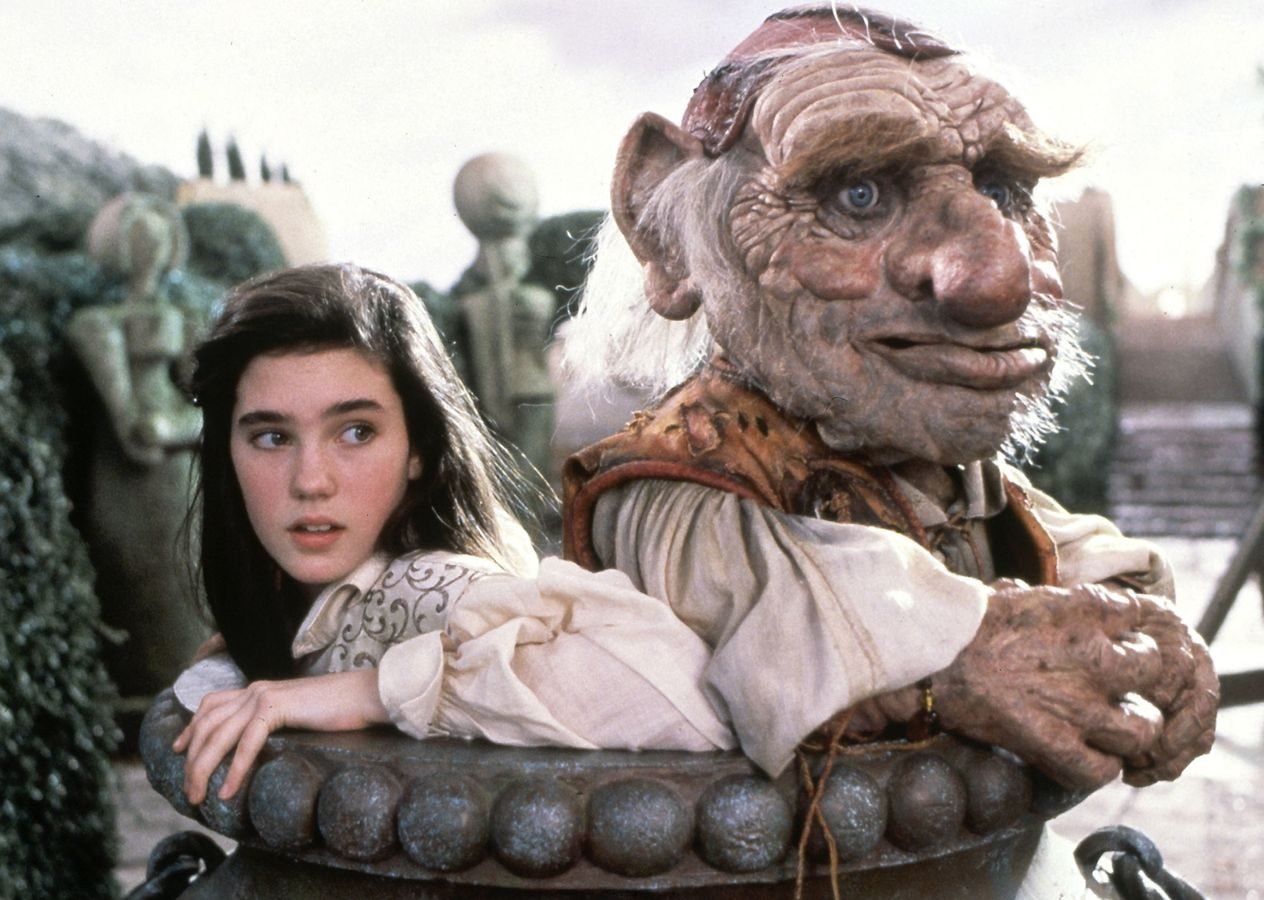 Labyrinth ultimately turned out to be Jim Henson’s final work, as he tragically died just four years after the movie’s release. While the film was something of a commercial flop, Henson died with the knowledge that the film was slowly gaining a significant cult following in the early 1990s.

Henson had no regrets about the film in terms of its critical or commercial success, but he reportedly did regret not making a cameo in it. “As creator and director, he chose and approved every element that you see onscreen,” author Paula Block told Yahoo! News. “He didn’t indicate that he had a favourite character, but Brian Henson feels that Jim was a bit regretful that he didn’t have time to perform any of the characters, which he always enjoyed doing.” 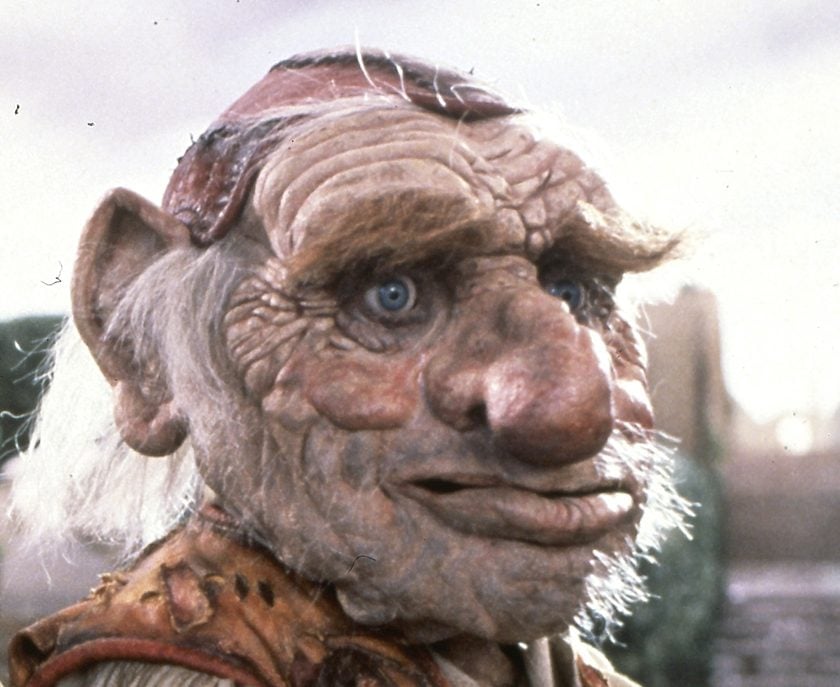 Hoggle was largely played by actress Shari Weiser inside a suit, but the character was also manoeuvred using four puppeteers led by Brian Henson, who controlled 18 motors inside the suit’s face. By using a mechanical mitt, Henson was able to move Hoggle’s jaw and give a voice to the character.

That wasn’t all: another puppeteer made Hoggle’s lips move by using another mitt, while another used a joystick to control his eyes and eyelids. The last puppeteer used a similar device to make Hoggle’s eyebrows move, as well as a foot pedal to control the skin around Hoggle’s eyes. The puppeteer crew had to rehearse and practice for weeks to ensure that they were all perfectly in sync with each other.