10 Things You Never Knew About Jem And The Holograms

When it comes to nostalgic 80s media, it really doesn’t get better than Jem, more commonly known as Jem and the Holograms. Though it was created primarily to help Hasbro sell toys to girls as well as boys, it soon became a genuine hit, with girls all over the country falling in love with the bright neon fashion and the colourful cast of characters.

With a plot only the 80s could dream up, the show followed Jerrica – the co-owner of Starlight Music record company and the leader of a house for foster children. Thanks to a robot built by her late father (named Synergy) she was able to live a double live as Jem, lead singer of the rock band Jem and the Holograms. She did this with the help of earrings that were also given to her by her father, which allowed her to disguise herself using holograms that changed her hair and clothes.

Over the course of just 3 short seasons, the show spawned countless fans, and even birthed a fan convention that is still going strong to this day. It also worked to introduce young girls to a variety of topics they wouldn’t have been exposed to otherwise, such as issues of homelessness, grief and even running away. To celebrate the show’s enduring legacy, we’re counting down the top 10 things you never knew about Jem and the Holograms. 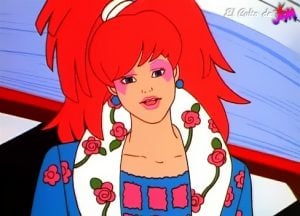 10. It did so well that Barbie wanted to get involved 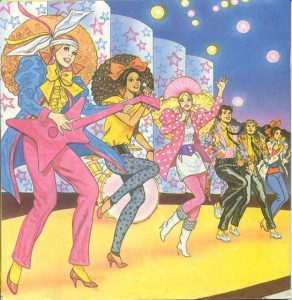 There’s no doubt that Mattel were keeping an eye on this, and when Hasbro brought out Jem to corner the girl’s market, they had their own similar idea. Barbie and the Rockers was basically just the same concept dressed up in different clothes, but Mattel vehemently denied any connection between the two dolls and their respective cartoons. 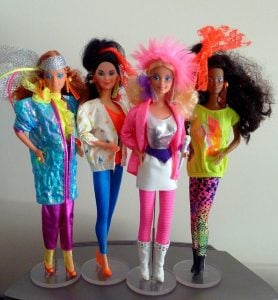 8. The woman who voiced Jem was a professional singer 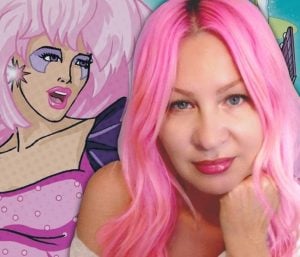 The woman who voiced Jem was called Samantha Newark, a longtime actress and TV producer who single-handedly wrote several episodes of the show. Newark recorded all of Jem’s lines except for the ones that were sung, which were done by another actress much later in production.

This isn’t a unique situation, since singing and speaking roles are often split when it comes to voice acting, but it did strike Newark as an odd choice. This is because she was also a professional musician who had been singing since the age of 7, and wasn’t sure why she hadn’t been asked to sing for Jem in the first place. 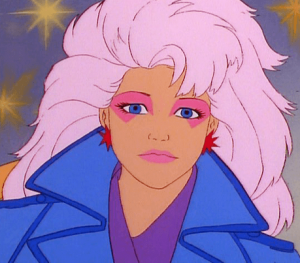 7. Jem’s singing voice was done by an amateur 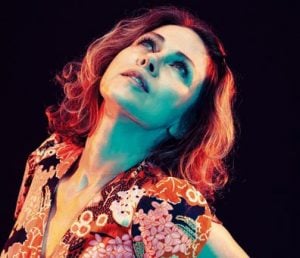 It may seem odd that the actress providing Jem’s voice wasn’t also asked to sing her songs, but there are several possible explanations. Maybe the actress they went with just had a stronger voice than Newark, or just a voice that better suited the character. Or perhaps Newark had too much on her plate, since she was already the protagonist and writer on many episodes.

However, the choice is made even stranger by the fact that the singer they did pick was a total novice. Britta Phillips had never sung professionally when she was chosen to be Jem’s voice, but she walked into the audition and immediately nailed it. Not only that, but the version of the theme tune she sung at the audition was so perfect that it ended up actually being used in production. 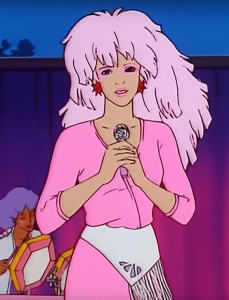 6. The Jem dolls didn’t sell for a pretty dumb reason 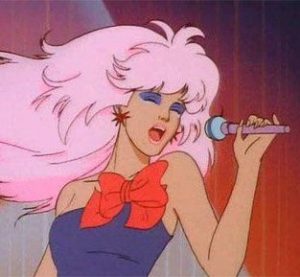 There was a huge advertising push behind the first season of Jem and the Holograms, which is funny because the show itself was already just an advertisement for the dolls. Despite this, the marketing obviously paid off, since throughout the first season Jem dolls flew off the shelves.

However, after their initial success sales of the doll dropped off sharply, even when a new series was released to revitalise interest among fans. It turns out that the reason came down to one simple choice: which was making the Jem doll boxes bigger than the size of boxes that Barbie used.

This sounds like a good idea in theory, but meant that Jem dolls and Barbie dolls couldn’t sit side by side on the shelves, and shelves risked breaking if too many Jem dolls were forced on to them. This meant that stores just didn’t stock them, and so people really didn’t have an opportunity to buy them. 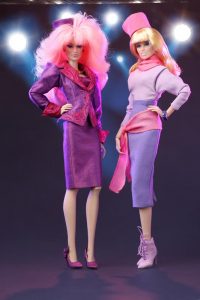 5. There were real celebrities in the cast 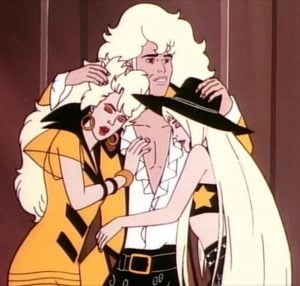 Jem and her band were obviously the most important rock group in the cartoon, but that doesn’t mean that other bands didn’t get to share the spotlight. Rival rock group The Misfits acted as repeat villains throughout the series, and a whole season was focussed on whether The Stingers would join Jem’s label or the Misfits’.

These characters may have had less screen time then Jem, but ironically they had much bigger names singing the songs. For example, both female Stingers were voiced by Vicki Sue Robinson, who famously sang the 1976 pop hit Turn The Beat Around. 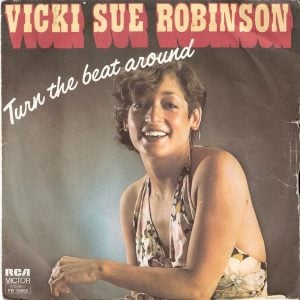 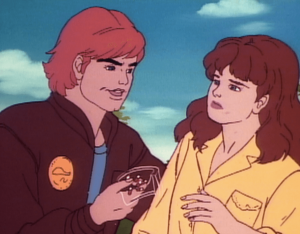 Jem and the Holograms was a cartoon made to promote a toy line, so you can be forgiven for thinking that the storylines would be shallow or boring. That was true for other cartoon toy tie-ins of the era and even other shows made by Hasbro, such as Transformers and My Little Power.

Jem was different only because both Hasbro and the TV network were so hands-off about the project, leaving passionate showrunners like Newark to put in storylines that they thought would be relevant and important to children. This led to episodes centred around death, homelessness and even drug abuse, with one character being brought to Jem’s orphanage after becoming addicted to pills. 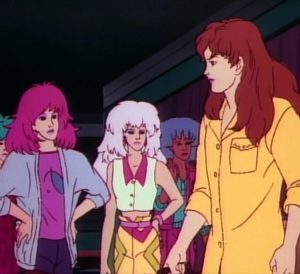 3. There was a reboot… kind of 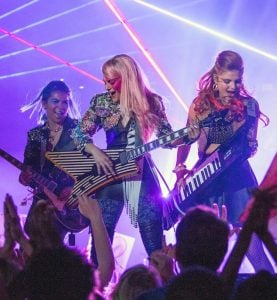 Studios are always on the look out for the next big thing, and adaptations of famous properties from the 80s and onwards have already proven to be huge hits. This makes Jem and the Holograms an obvious target for adaptation, which is why in 2015 a feature length movie was made.

Adaptations of Hasbro’s other properties, such as Transformers and My Little Pony, were both hugely successful and popular, and fans hoped that Jem would get the same treatment. Unfortunately, the movie was a box office bomb, only making back 3 million of its 5 million budget and disappointing both fans and critics. 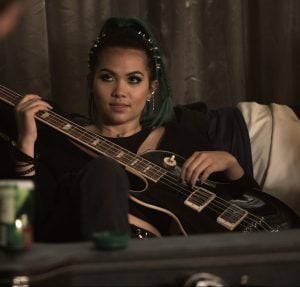 2. Jem almost had a different name 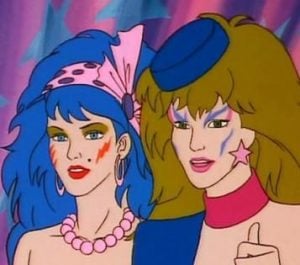 Everything about Jem’s character may seem perfect for her now, but a lot was in flux when the show was in development. For a start, Jem was originally supposed to be called just ‘M’, which would represent the music, magic and mystery of her life. In that iteration, her rockstar alter ego was called Misty, to reference how her disguise was obscuring her real identity.

However, the character name M was changed almost immediately, since it was inconvenient to just about everybody. Mattel were the first to complain, thinking fans would get confused and think she was a Mattel product, and MTV also made it clear that they would like the name changed to avoid confusion.

In fact, Hasbro were even worried about angering the classic Hollywood actress Bette Midler with the name, since she herself was known as ‘The Divine Miss M’. 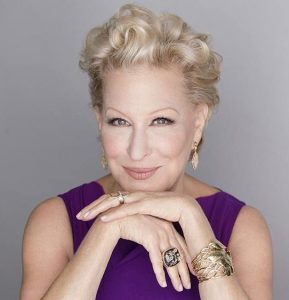 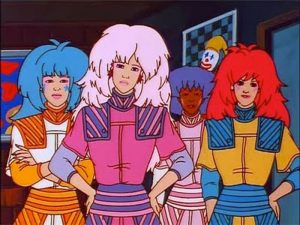 Though it might not have helped Hasbro sell more toys, fans have said constantly that they loved that Jem tackled real issues that could face them out in the world. The episodes about homelessness, drug use and grief all helped to raise awareness about the problems among young girls, but they also had another unintended side-effect.

At the end of the episode regarding homelessness and runaways, the cartoon showed a number to call if you had recently run away and needed help. As a result, the phone line was flooded with new calls from families in need, and two ten year olds were even found and returned to their families safely. 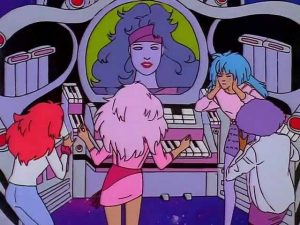