10 Things You Never Knew About Heathers

The 80s were a golden age of teen movies; from The Breakfast Club and Pretty In Pink to Sixteen Candles and Weird Science. However, when it comes to dark and subversive takes on the teen genre, one movie clearly stands above the rest. Heathers came out in 1989, and was intended to be a send-up of all the cliche John Hughes movies that had come before it, as well as a commentary on the epidemic of teen suicide.

It evolved into one of the most popular cult films ever made, as well as a great teen movie in its own right, and was even the precursor for later phenomenon like Mean Girls and Easy A. As if that isn’t enough, it also spawned a hugely successful stage musical, with productions both off-Broadway and on the West End. Not to mention the ongoing whispers of a TV adaptation in the works.

With this resurgence in interest, it’s no wonder a whole new generation of teens are encountering the story of JD and Heather for the very first time. To help them out, and hopefully give old fans some new tidbits of information, we’re counting down the top 10 things you never knew about Heathers. 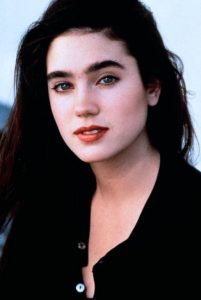 It’s hard to imagine the iconic shoes of Veronica and JD being filled by anyone other than Winona Ryder and Christian Slater, but they weren’t even writer Daniel Waters’ first choices for the roles. Jennifer Connelly rejected the role, but then went on to play an even darker character in Requiem Of A Dream, and Justine Bateman (most famous for Desperate Housewives and Men Behaving Badly) turned it down too.

Not only that, but JD was originally supposed to be more of a James Dean type character, leading to Brad Pitt being brought in to read for the part. 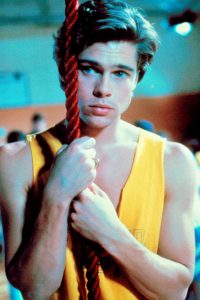 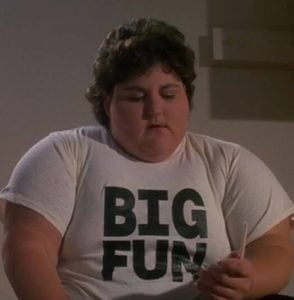 Like many teen movies set in a high school, cattiness and gossip are a huge part of the plot. However, certain members of the cast said things felt just as much like high school when the cameras weren’t rolling.

Carrie Lynn played Martha Dumptruck in the movie, and said that because of her weight she was a frequent subject of ridicule amongst the other actors. Not only that, but there was even relationship drama, with Christian Slater crushing on co-star Winona while also having his real-life girlfriend playing a character in the film. 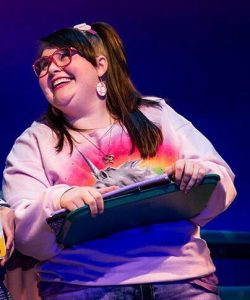 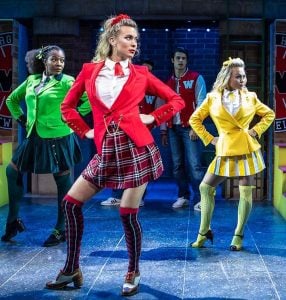 Heathers has been around for so long now, that the name has become a slang term for any kind of super glamorous but bitchy person. In fact, the name was even used as a running joke on season 3 of Ru Paul’s Drag Race, when a group of drag queens started referring to themselves as Heather to intimidate the other contestants.

All that aside, the movie was almost called Stephanies, since the writer knew more high school bullies by that name. However, he soon realised that Heathers had a much better ring to it, and that the name was super popular amongst the kinds of girls he was describing. 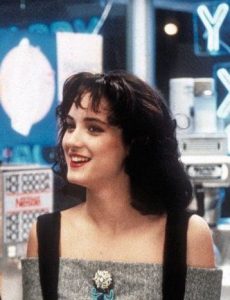 7. There were a lot of alternate endings planned 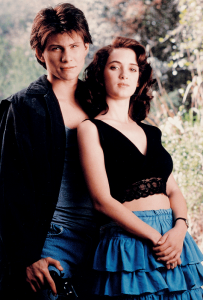 Heathers is a dark movie, but it was almost a whole lot darker. In the original script, JD actually succeeded in blowing up the school with everyone in it, and the final scene showed all the students in heaven. In the film’s typical surreal style, the students were all at prom, drinking punch the same colour as the bleach that killed Heather and listening to Martha Dumptruck singing.

That wasn’t the only alternate ending Waters dreamt up though, as he also planned on ending the movie with Martha murdering Veronica. The last scene would be Martha stabbing Veronica whilst calling her Heather over and over again, and then standing up from her wheelchair and walking away. 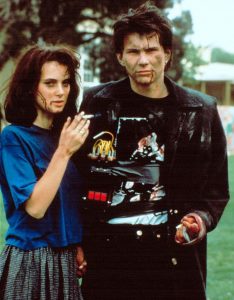 6. The movie was supposed to be three hours long 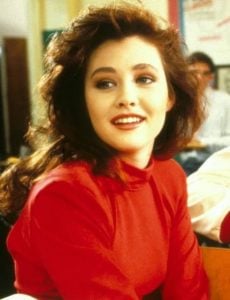 Movies nowadays are getting longer and longer, with some superhero flicks earning a runtime of almost 3 and a half hours. Interestingly, the original cut of Heathers was set to hit theatres at a similar length, with the writer himself admitting that it was supposed to be a three hour epic.

This was mainly due to Waters’ love of Stanley Kubrick, and his desire to make something with a similar vibe. In an original draft of the script, the opening scene in the cafeteria was supposed to be like the wedding scene in The Godfather, with characters coming back to it again and again. 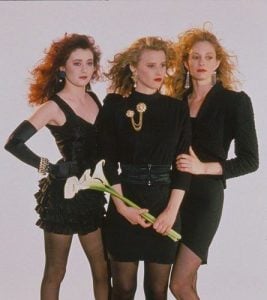 5. The cast were given some pretty weird homework 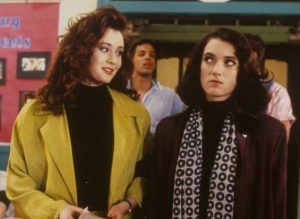 Given that a lot of actors were so young, they spent most of their time between shots studying with an on set teacher. When that was done, they were given even more homework before they could get back to learning lines, this time from the writer of the movie.

Waters insisted everyone in the cast watched Full-Metal Jacket before they shot their scenes, since that movie perfectly captured the surreal blend of tragedy and comedy that he was going for. 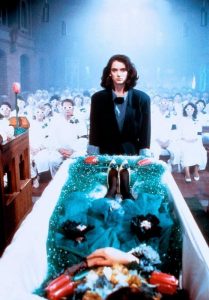 4. Meryl Streep was supposed to be in the sequel 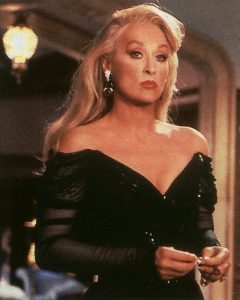 Walters loved working on Heathers so much that he originally got to work on a sequel, where Veronica would be working for a senator who was also named Heather. The film would culminate in Veronica being treated badly by her boss, and successfully assassinating her before disappearing into the crowd.

Walters was obsessed with the idea of having Streep play the senator, and so Ryder pitched her the idea when the two worked together on The House Of The Spirits. She seemed interested but, according to everybody involved, she was probably just going along with it to be polite. 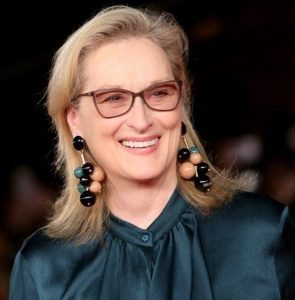 3. They casting process was pretty shallow 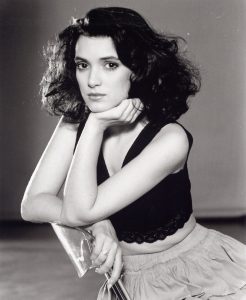 Given how shallow many of the characters are in the movie, it’s probably not surprising that the casting for Heathers was also pretty shallow. For example, Walters wanted all three of the Heathers to be blonde, and asked them all to bleach their hair in order to match.

In another example, Winona Ryder was nearly instantly rejected for the part, since the casting directors just weren’t sure she was pretty enough. Ryder instantly ran out of the audition and into a beauty parlour to get a makeover, and then marched straight back to the building and auditioned again. 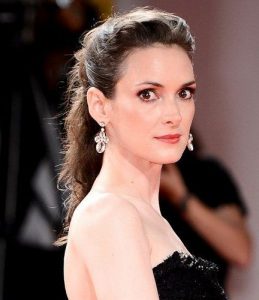 2. Winona Ryder was begged not to do the movie 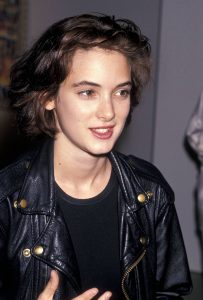 Ryder was infatuated with Heathers since the first moment she read the script, and she even rang up the director and offered to do the movie for free. Even now, she often says that she talks about the movie as if she wasn’t even in it, and has probably seen it close to 50 times.

With that said, not everyone was as enamoured with the part as she was. In particular, her agent begged her not to take the role, and predicted that she’d never work in Hollywood again after it was released. 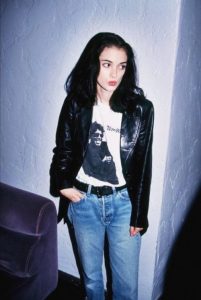 1. Some of the cast didn’t understand what movie they were in 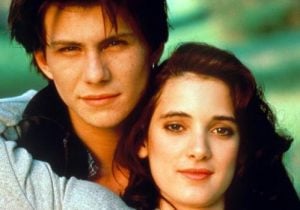 Most of the cast were on board with the movie’s offbeat tone, but not everyone understood it completely. Shannen Doherty auditioned for Veronica, but was cast as Heather Duke instead, since everyone noticed how bitchy she was in real-life.

Later, the movie’s producer came out and said she didn’t think Doherty even knew the movie wasn’t a catty high school drama, but that her lack of knowledge made the character even more realistic. So it all worked out in the end. 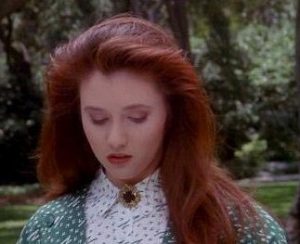