Since making his acting debut in Neighbours in 1985, Guy Pearce’s career has gone from strength to strength. 35 years later, he’s the proud holder of an Emmy award and has played an impressive variety of roles – from a drag queen in Priscilla, Queen of the Desert to a British king in The King’s Speech.

Here are 10 tidbits of trivia about this award-winning Aussie actor.

10. He has a child with Melisandre from Game of Thrones 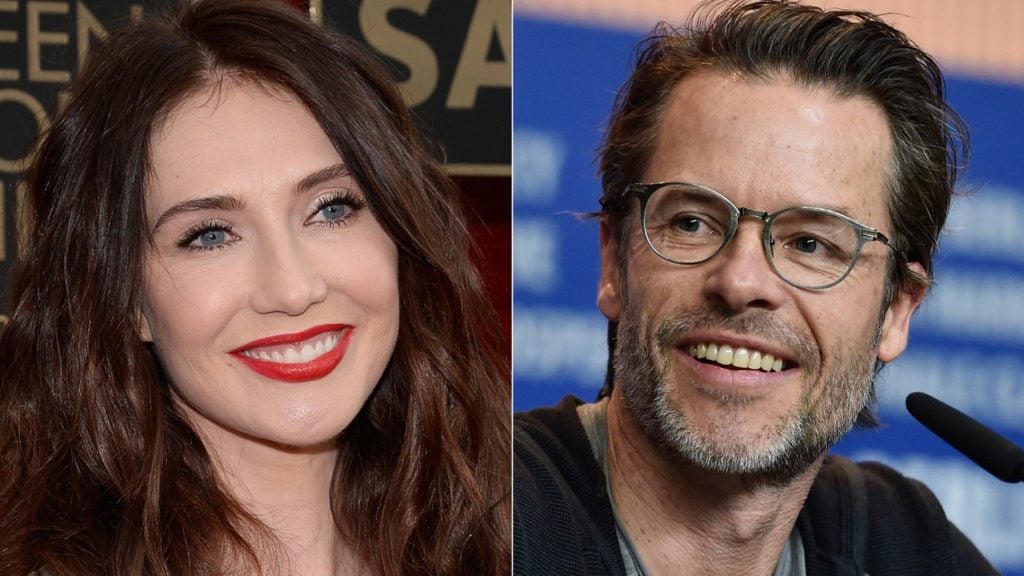 Up until 2015, Pearce was married to his childhood sweetheart, psychologist Kate Mestitz. The two drifted apart after graduating college, but reconnected on a group ski trip in 1995 and went on to marry in 1997. They were together for 18 years.

Pearce and Mestitz went their separate ways in 2015, and months later Pearce found love again with Dutch actress Carice van Houten, after they met on the set of Martin Koolhoven’s 2016 film Brimstone. The couple welcomed their first child, Monte, in 2016, before van Houten went on to reach international fame after starring as Red Priestess Melisandre in HBO’s hit series, Game of Thrones.

9. He was born in Cambridgeshire – not Australia 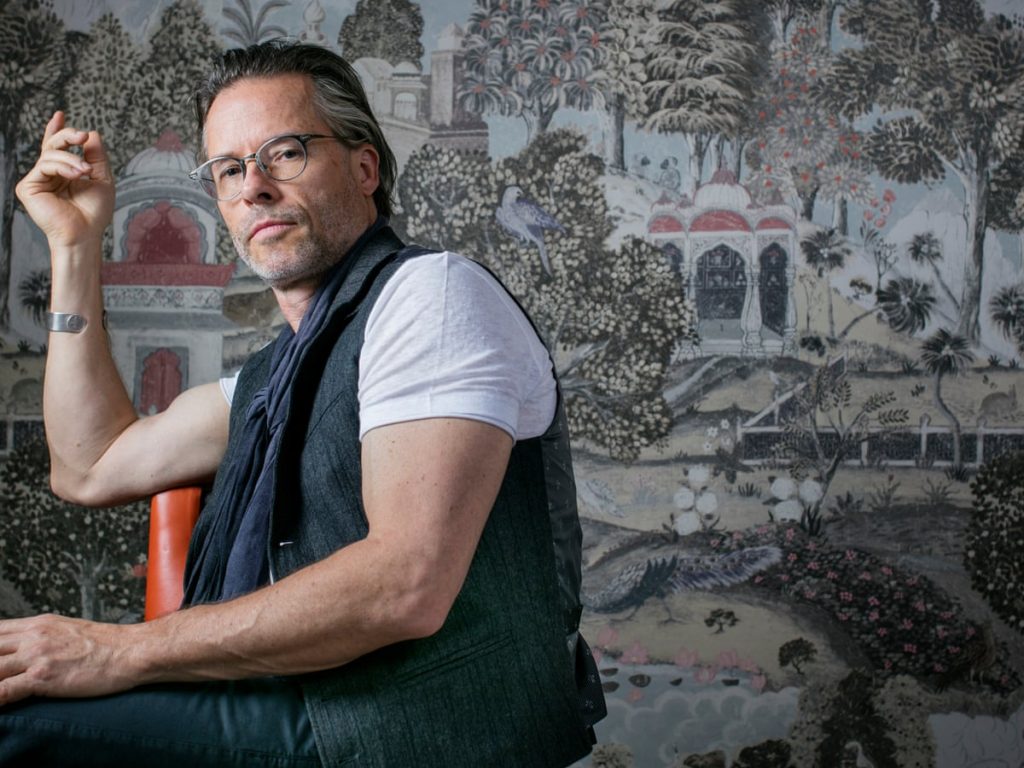 Most associate Pearce with Australia, but the Emmy-winning actor wasn’t actually born in Oz. On 5 October 1967, Pearce was born in Ely, Cambridgeshire. The family then emigrated to Australia when Pearce was three years old.

His mother hailed from County Durham while his father was a New Zealander, meaning Pearce technically has no Australian blood in him. But it’s clear that culturally, Pearce is an Aussie through-and-through.

8. He prefers working in Australia to Hollywood 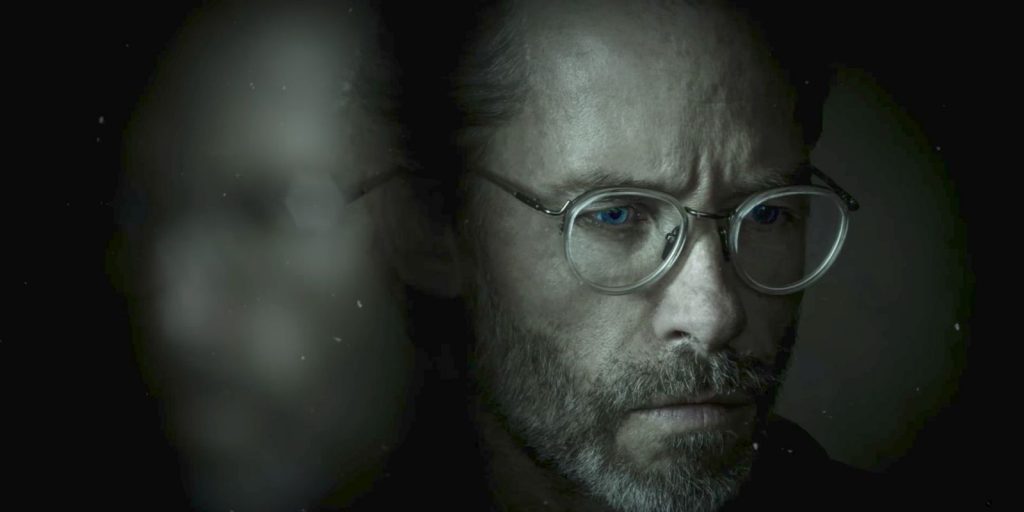 While most wannabe film stars dream of breaking into Hollywood, it seems that Tinseltown isn’t exactly Pearce’s cup of tea. Pearce has previously discussed his anxieties surrounding superstardom, and naturally much prefers the intimacy he finds on smaller, lower-budget Australian sets.

“I find it so much easier to work at home because I understand the communication we have between each other,” he said in a 2003 interview with Moviemaker. “Even though Americans speak English, we all speak a very different language. There’s a real difference in the way we relate to each other.”

7. He used to be an award-winning bodybuilder 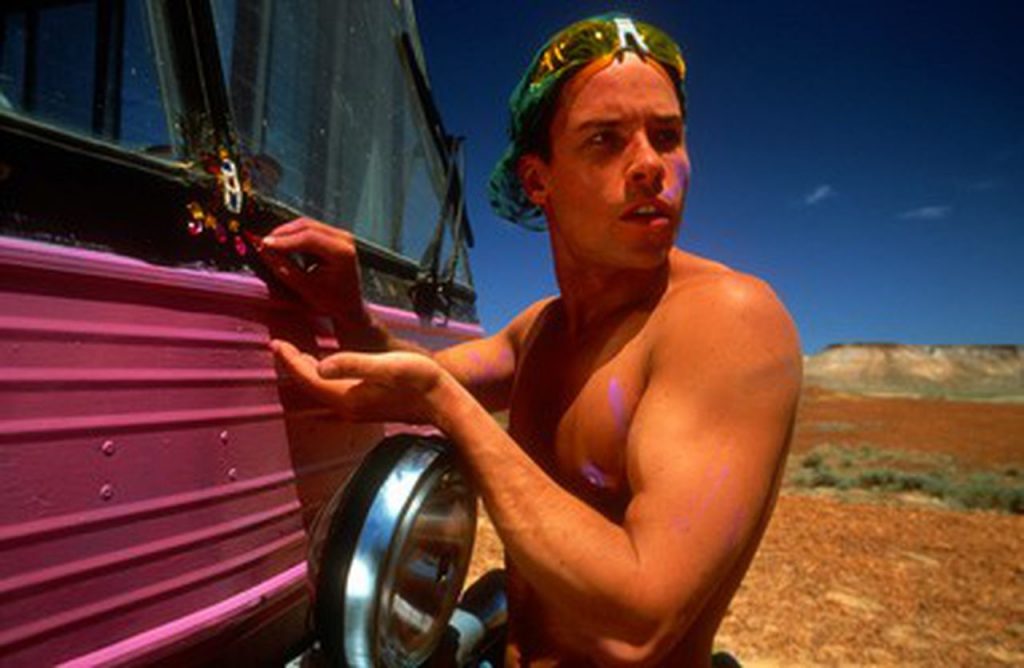 Pearce often went to the gym with his mother as a teen and this hobby quickly developed into an interest in competitive bodybuilding. By 16, he was competing in state-wide bodybuilding competitions and even won the title of Junior Mr. Victoria.

Pearce has previously spoken on how he relished the solace he could find in the gym as a young man. “I was always a really isolated kid, and I loved doing anything on my own,” he told the Telegraph in 2014.

6. He was the sixth choice for the role of Leonard Shelby in the 2000 film Memento, coming after the likes of Alec Baldwin and Brad Pitt 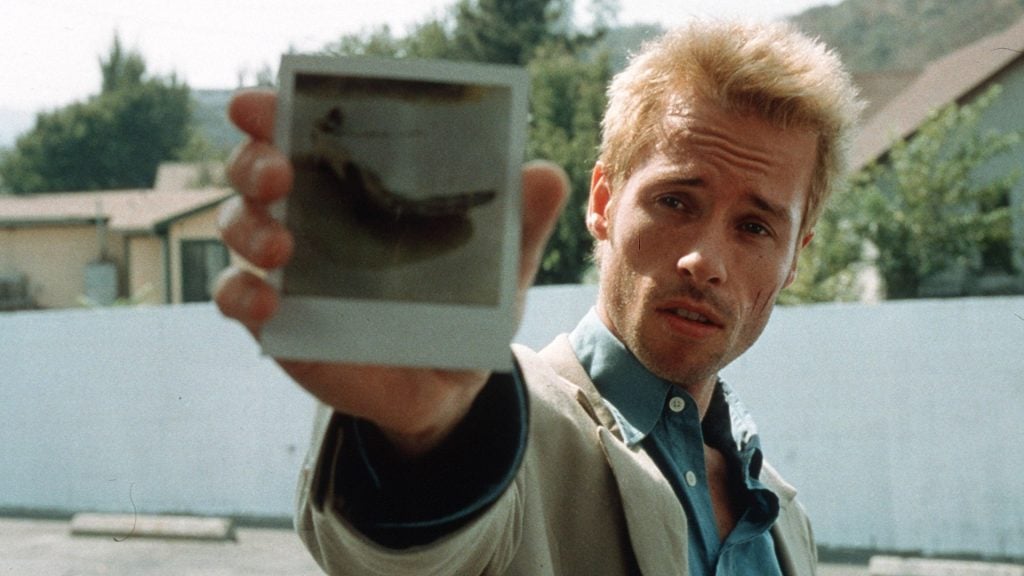 The 2000 hit film Memento proved to be a turning point in both the careers of Christopher Nolan and Pearce, but things could have been very different for the pair of them. Before casting Pearce, Nolan had his sights set on Alec Baldwin for the lead role.

Pearce wasn’t even a second, third, fourth, or fifth choice – after Baldwin turned down the role, Nolan considered Aaron Eckhart, Brad Pitt, Charlie Sheen, and Thomas Jane as potential Leonards. When it became apparent that none of these actors were available, Nolan decided to try and cast a lesser-known face, and ended up hiring Pearce.

5. He and Jason Donovan still call each other ‘Scott’ and ‘Mike’ 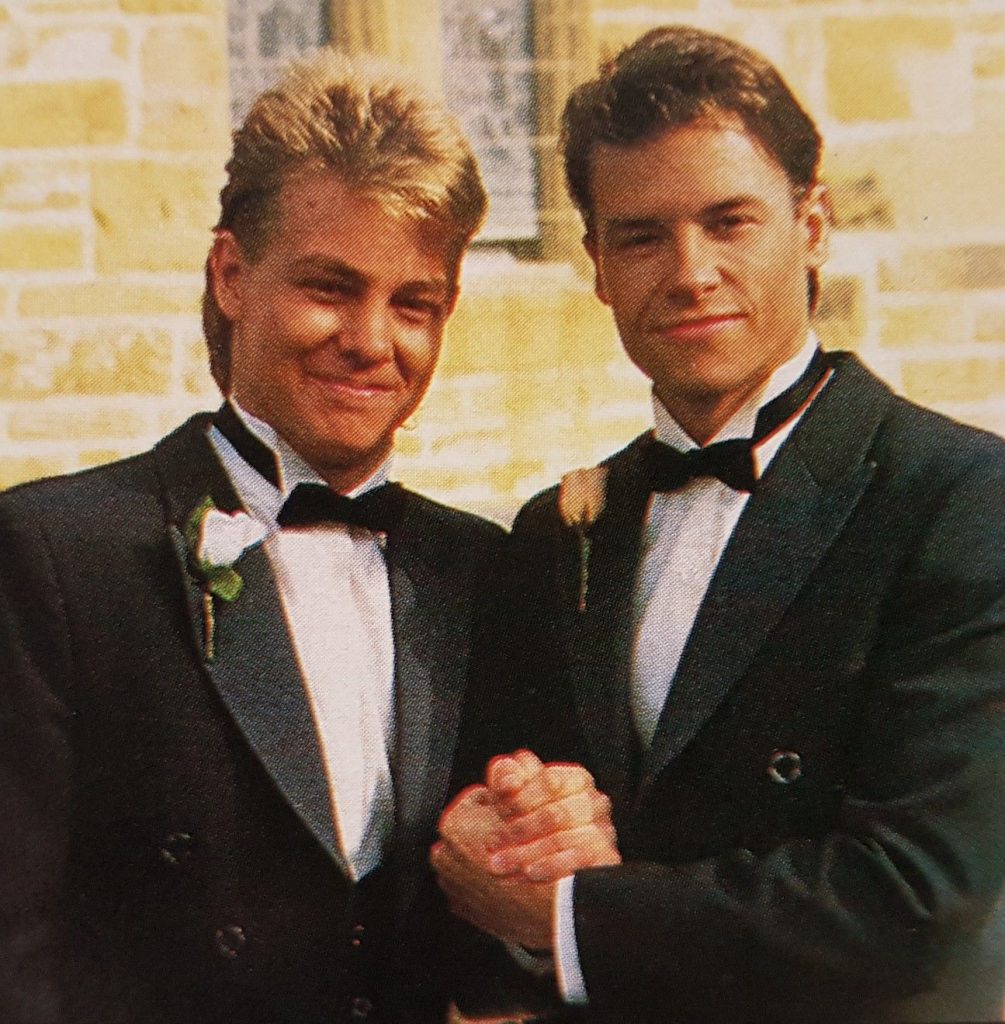 Pearce’s first big role came in 1985 when he landed the role of Mike Young in classic Australian soap opera, Neighbours. Neighbours marked a big break for many of Australia’s leading lights, including Kylie Minogue and Jason Donovan.

Minogue, Donovan, and Pearce have remained firm friends since being brought together by the iconic soap. Donovan and Pearce in particular often publicly refer to their longstanding relationship: speaking to The Guardian in 2018, Pearce revealed that he and Donovan still call each other by their respective character names – ‘Scott’ and ‘Mike’.

4. His interest in acting was triggered by his father’s untimely death 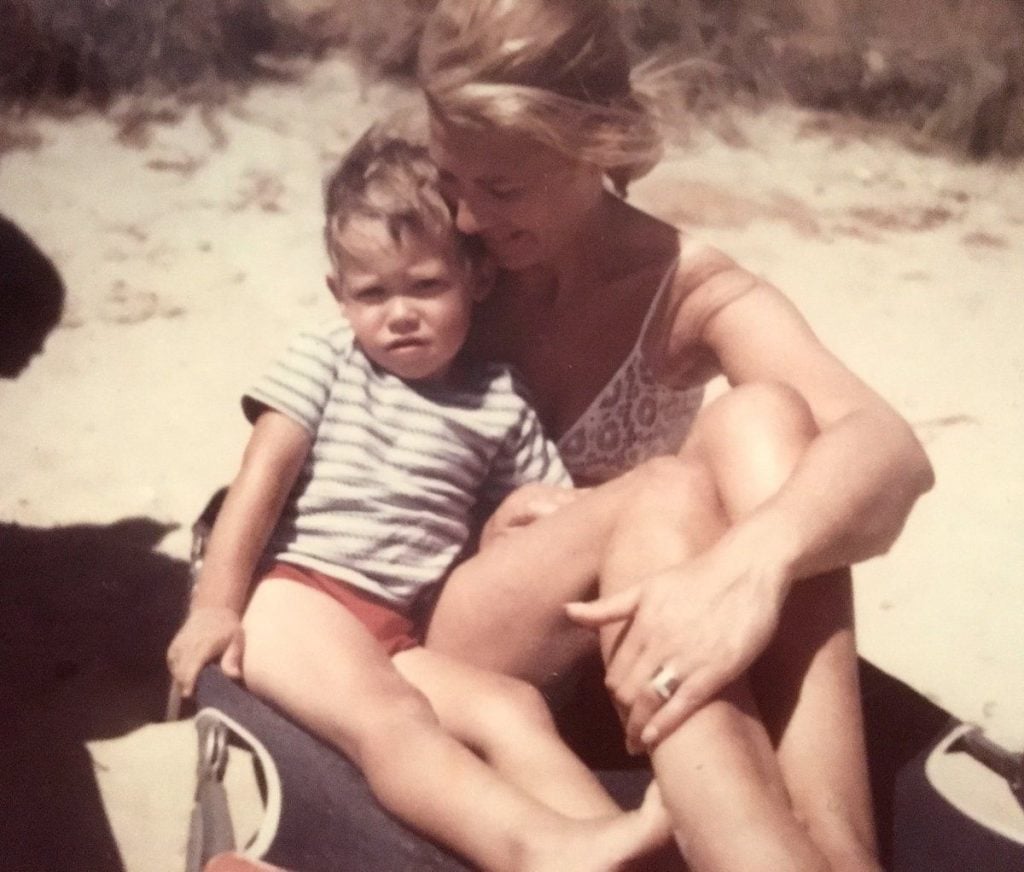 Pearce’s father, Stuart Pearce, worked as an RAF test pilot in Australia and tragically died in a plane crash when Pearce was 8. Pearce has since suggested that his interest in acting was kickstarted by the tragedy, as “acting became a kind of survival technique.”

Speaking to the Daily Mail in 2009, Pearce confessed that he was given little time to grieve and was expected to be “stoical” about his father’s passing. “I think that’s why I do pretty heavy film roles – I used them to express my grief,” he said.

3. He made a cameo as a dishevelled superhero in a Razorlight music video

Pearce has appeared in a handful of Academy Award-winning films, but he’s not one to get snooty or arrogant about it. Testament to this is his fairly random cameo in a 2006 Razorlight music video. The video was for the band’s latest single, Before I Fall to Pieces, and features Pearce as an unkempt superhero lounging on a sofa, hoovering up pizza and donuts.

Pearce’s cameo makes a bit more sense considering the video was directed by John Hillcoat, with whom Pearce had worked previously on 2005 film The Proposition. 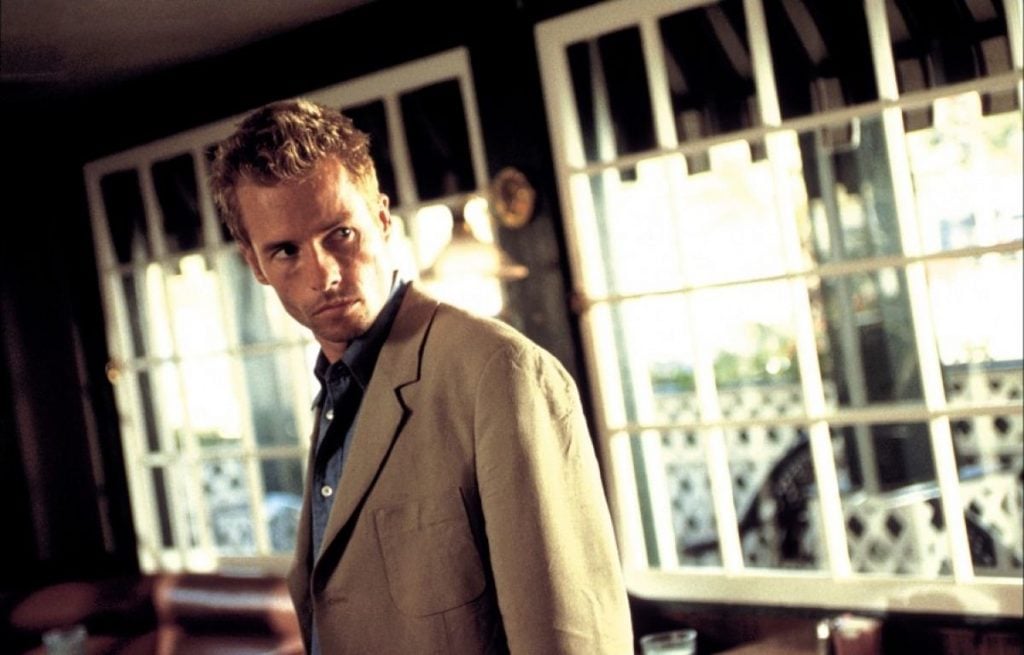 Pearce took a year off in 2001 after burning out from filming several big movies in a row. During this time, he retired to a remote corner of Australia and immersed himself in Buddhist teachings so as to soothe his anxious mind.

1. He once went out disguised in drag with Terence Stamp and Hugo Weaving 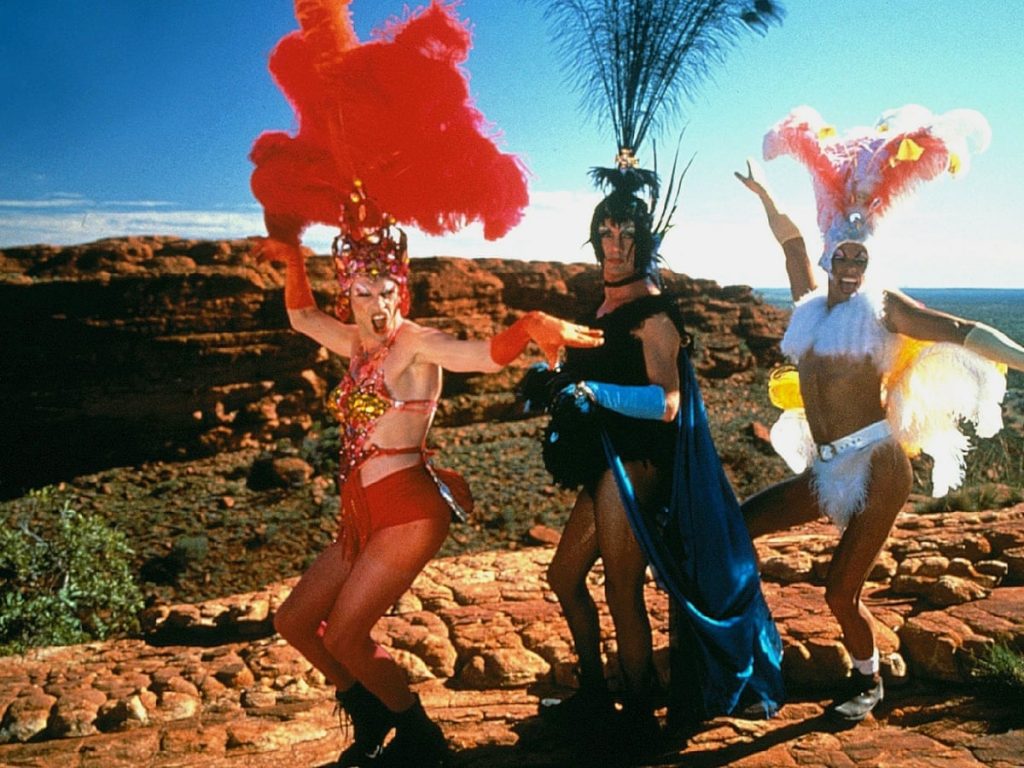 Pearce’s breakthrough film role came in 1994 as he was cast in Stephan Elliott’s comedy-drama, Priscilla, Queen of the Desert. As production required Pearce and his two co-stars Terence Stamp and Hugo Weaving to get dressed up in drag, Elliott seized the chance to take the trio out to a club in Sydney before filming started. Apparently, Pearce took the opportunity to be outrageously rude.

To this day, the film divides critics – while some believe the movie was groundbreaking in its candid portrayal of LGBTQ+ issues, others have called for closer scrutiny on the significance of straight men playing queer characters.