10 Things You Never Knew About Better Off Dead

Although he’s not generally considered a member of the ‘Brat Pack,’ John Cusack was a key actor in 80s teen movies. 1985’s surreal dark comedy Better Off Dead gave the then-19-year-old Cusack one of his first leading roles, and the part of the angst-ridden, recently-dumped teen Lane Myer helped forge his reputation as a loveable screen dork. Here are some facts about the film which you might not have known.

10. John Cusack took the lead role after being turned down for Back to the Future 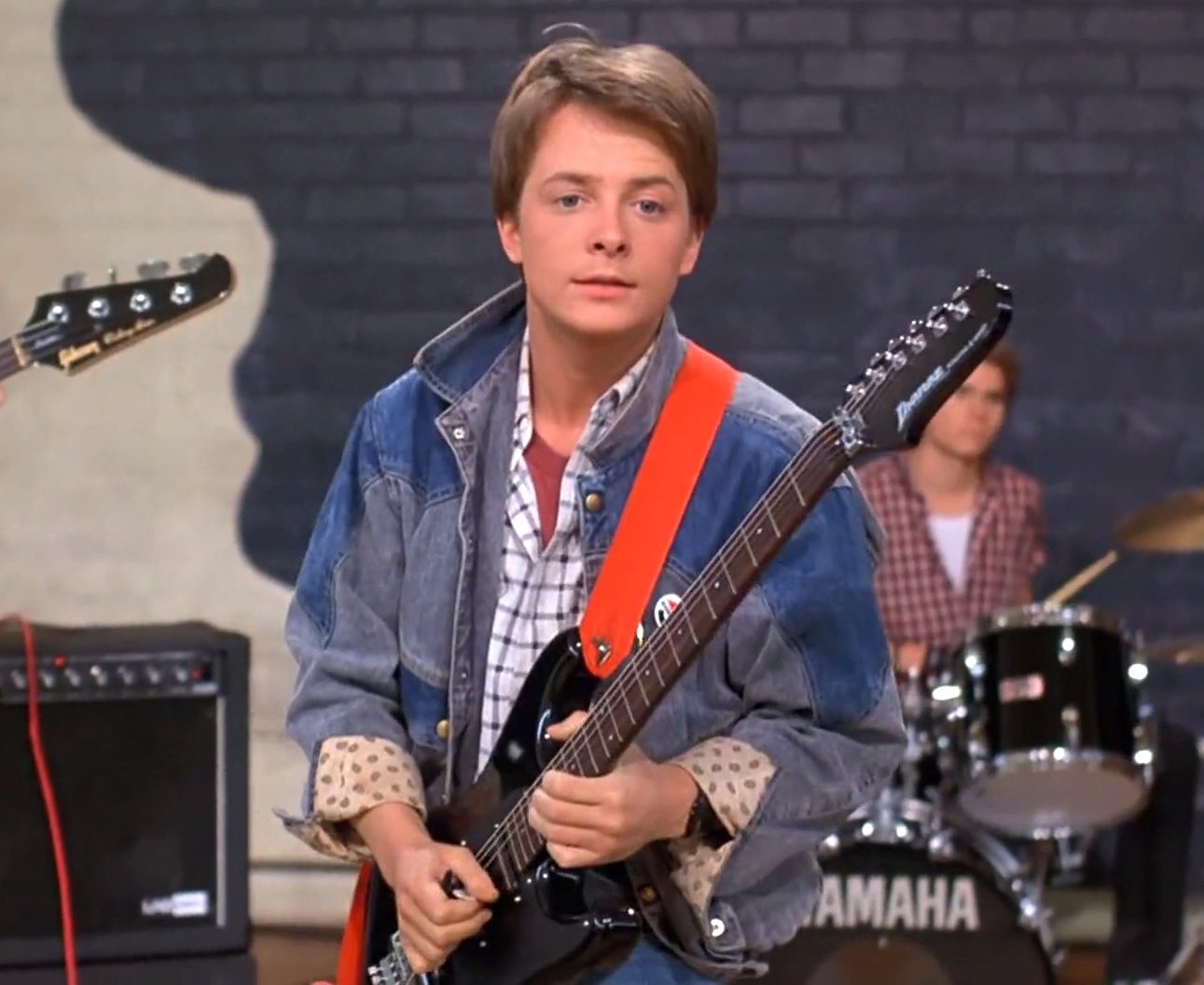 Before he landed the role of Lane Myer in Better Off Dead, John Cusack was among the actors considered for the lead role in another 1985 comedy: a certain film called Back to the Future. Unfortunately for Cusack, he was passed over for the role of Marty McFly, which (after a false start with Eric Stoltz) ultimately went to Michael J. Fox.

You probably don’t need us to tell you that, of the two films, Back to the Future wound up the significantly bigger hit: it took almost $389 million at the box office, whilst Better Off Dead flopped on release, making less than $11 million.

9. It was semi-autobiographical for writer-director Savage Steve Holland

Though PG-rated on release in the US, Better Off Dead tackles some pretty sensitive subject matter, with Cusack’s Lane making multiple suicide attempts after his girlfriend dumps him for the captain of the high school ski team. While the film presents these events in a cartoonish manner, all of this really happened to writer-director Savage Steve Holland when he was in high school.

Holland has revealed since that the ex-girlfriend in question contacted him years later, telling him, “I’ve been in therapy because I saw your movie and I had no idea.”

8. Roy Stalin actor Aaron Dozier was very rude to the director at his audition 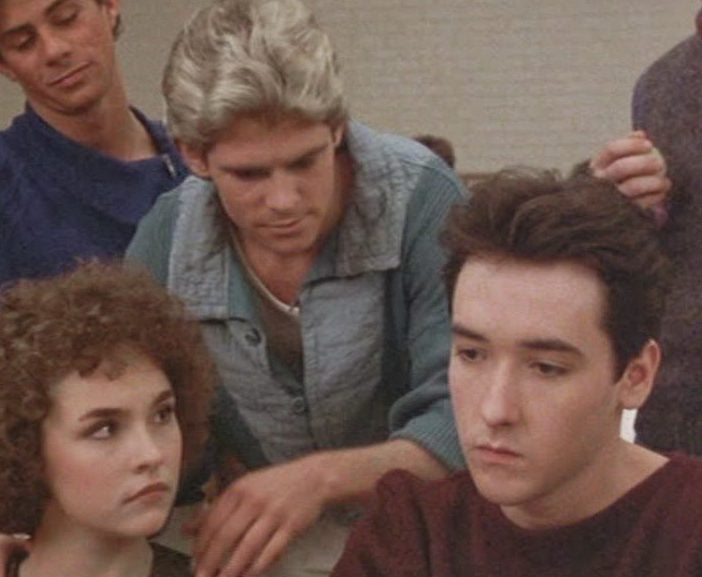 When actor Aaron Dozier showed up to audition for the part of Roy Stalin (the stuck-up bully and new boyfriend of Lane’s ex-girlfriend), he had never met director Savage Steve Holland before. Dozier then asked another person in the room, “Who’s this chubby kid?”

As insulting as this might have been, Holland immediately recognised that Dozier had the right attitude for the part.

7. Paperboy actor Demian Slade approached the part “as if I was a serial killer with no intention of making it funny” 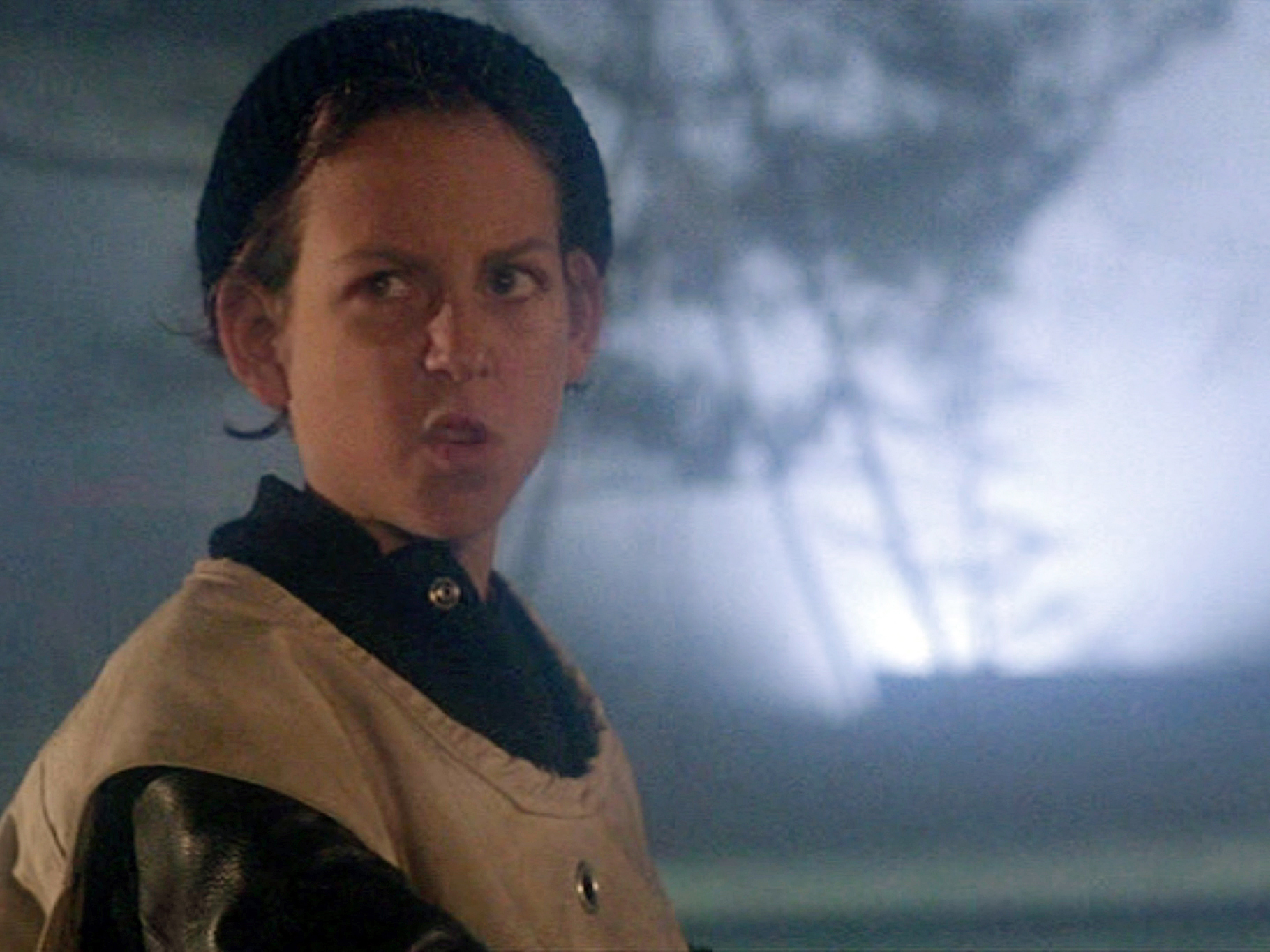 One of the most memorable characters in Better Off Dead is Demian Slade’s paperboy Johnny. Another character based on a real-life figure from the director’s teenage life, the sinister pre-teen stalks Cusack’s Lane demanding his payment of two dollars.

Slade, who was only 12 at the time, says that he “approached it as if I was a serial killer with no intention of making it funny. I brought in a headshot of me wearing a leather jacket and looking really menacing.”

6. The animated burger scene was added to replace a rejected scene about a deep-fried rat

In the original script for Better Off Dead, there’s a scene with Lane working in a fast-food restaurant in which a rat accidentally falls into a deep fat fryer, and is served up to a customer. The film’s producer dismissed this idea as being too disgusting, so writer-director Holland came up with a new scene in which Lane daydreams about a burger coming to life and performing the Van Halen song Everybody Wants Some!!

This proved to be a good move, as this stop-motion animated sequence went down a storm with test audiences, who declared it their favourite part of the movie.

5. Cusack thought the film was “the worst thing he had ever seen” and was furious with the director 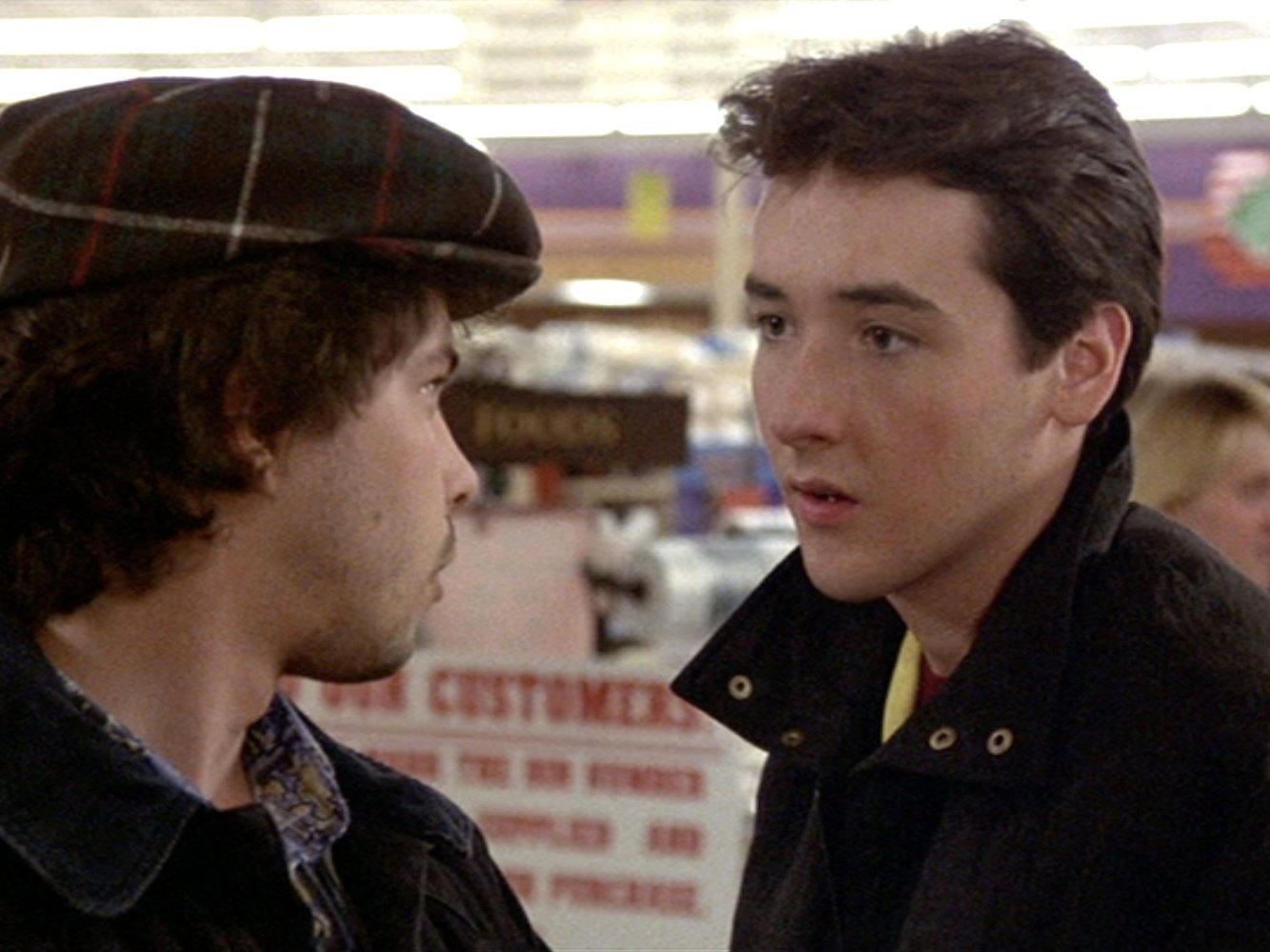 Although Better Off Dead eventually became a cult classic, one person who was not impressed with it at the time was John Cusack. The actor didn’t see the film until he had already started work on writer-director Savage Steve Holland’s next film One Crazy Summer, and he immediately fell out with the filmmaker over it.

Holland recalls that Cusack walked out twenty minutes into a screening of Better Off Dead, after which he angrily told the filmmaker “that I sucked, and it was the worst thing he had ever seen, and that I had used him, and made a fool out of him, and all this other stuff.”

4. Cusack has since clarified that he doesn’t hate the film 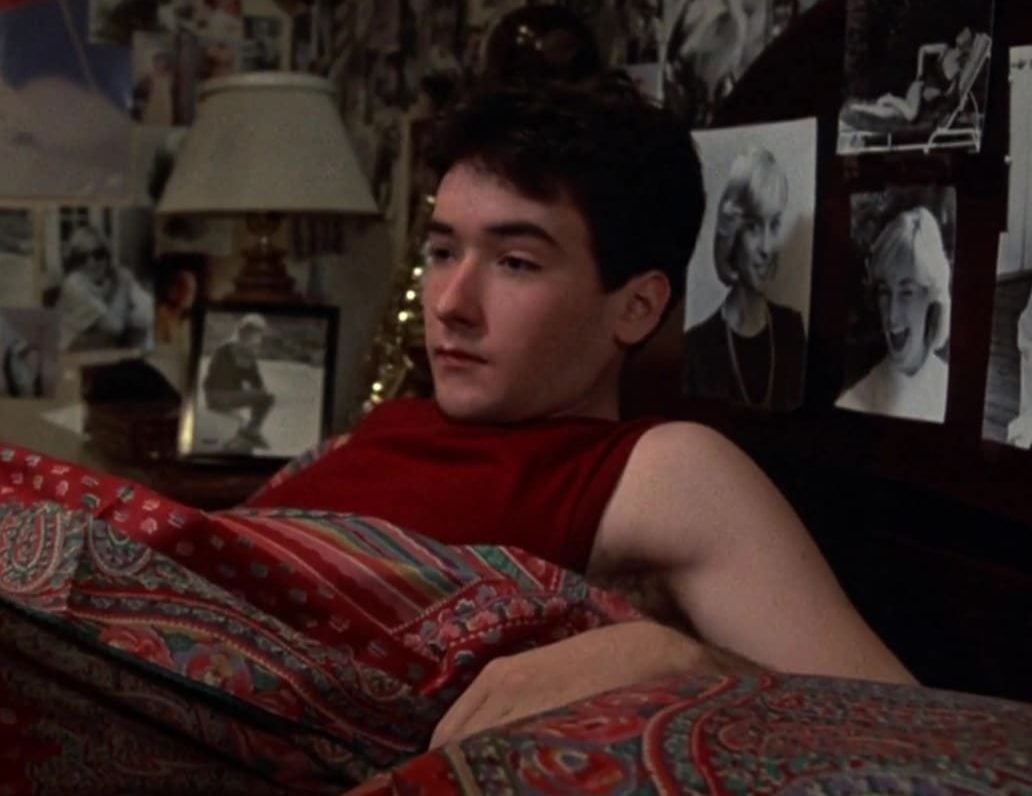 For a long time, it was widely reported that Cusack despised Better Off Dead, and that he would refuse to ever talk about it. However, in more recent years the actor has spoken out on the film, saying that it “was fine,” but that he “didn’t really have a feel for it.” Cusack has also expressed regret about the falling out with Savage Steve Holland.

Nonetheless, Holland has said that Cusack’s treatment of him was “the second time my heart was broken since that girl that Better Off Dead was about,” and the experience played a large part in putting him off making further films.

3. It flopped at the box office, but was huge on home video 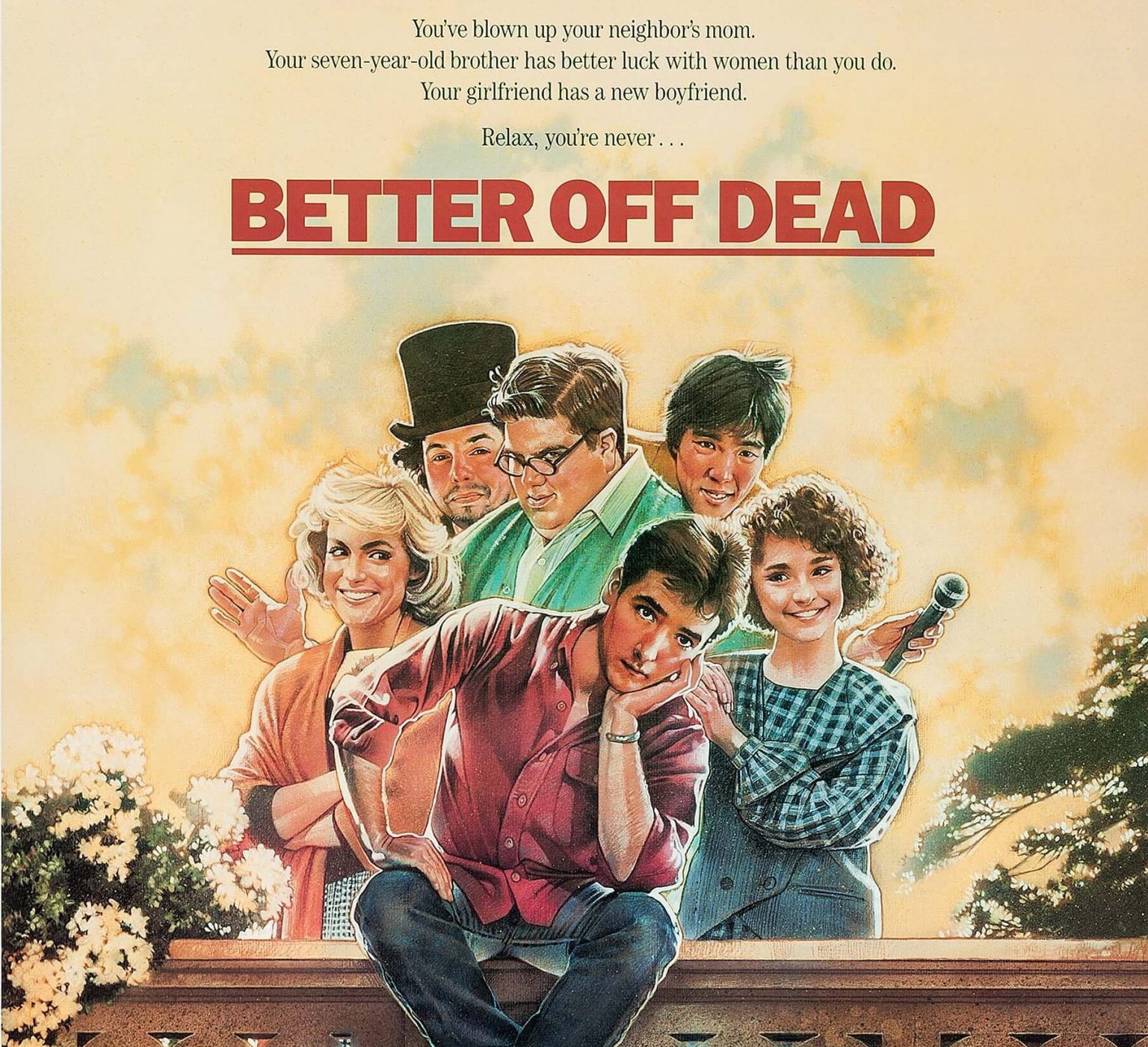 As with a lot of 80s movies which wound up becoming cult classics, Better Off Dead was a critical and commercial flop on release in 1985, but found a whole new lease of life via the still fairly new medium of home video. Director Holland says that VHS rental stores “completely saved” his film.

The filmmaker recalls, “it was always out at any Blockbuster Video I walked into, and then I’d talk to the guys who worked there and they were like, ‘You know, people rent it and they don’t bring it back.’”

2. Writer-director Holland and actor Dan Schneider went on to work in children’s TV 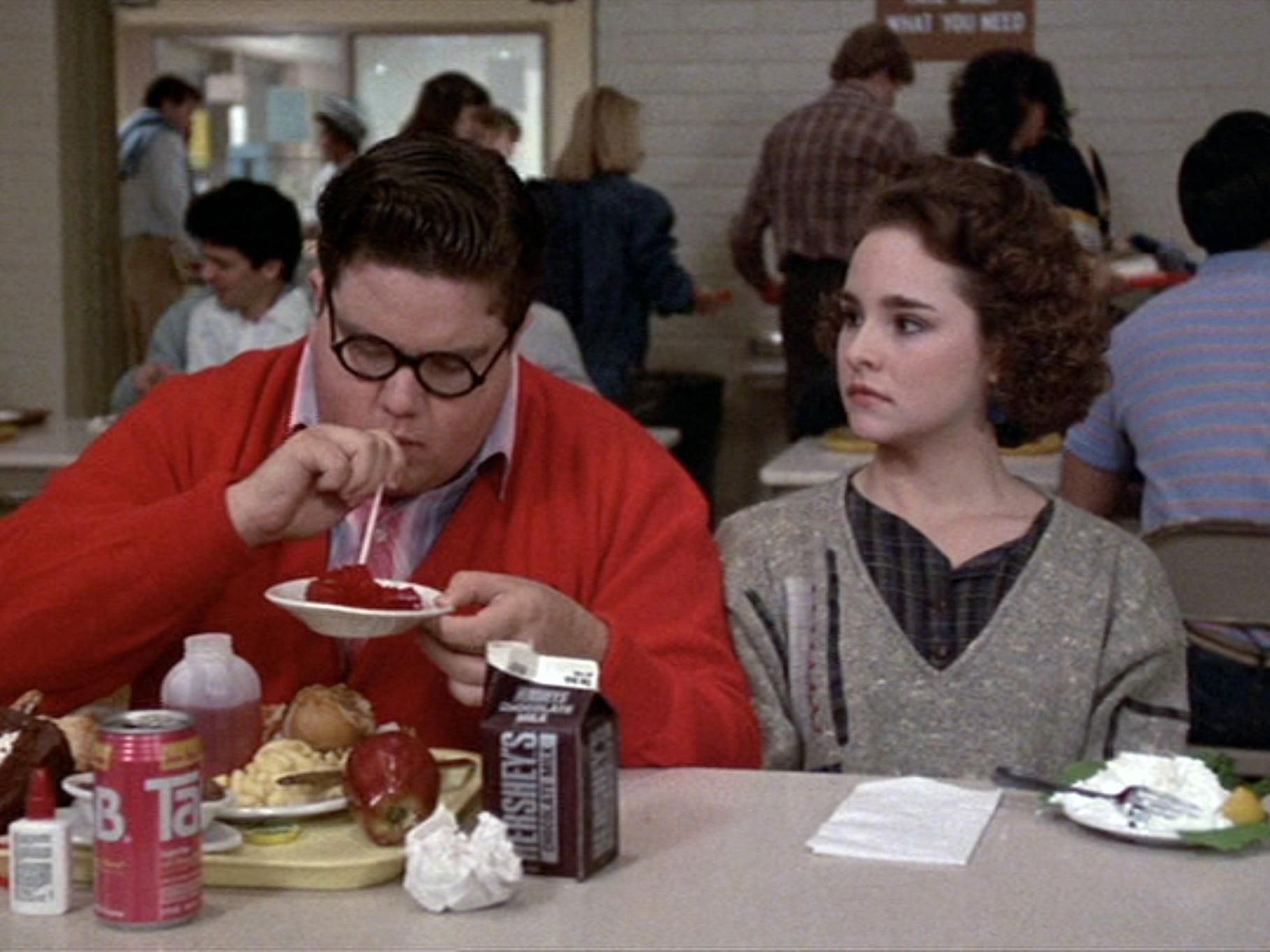 Better Off Dead co-stars Dan Schneider as Ricky Smith. In the years since, Schneider has moved away from acting to enjoy huge success as a writer and producer for children’s TV network Nickelodeon, creating such popular shows as Drake and Josh, iCarly and Victorious.

Savage Steve Holland has also gone on to work extensively in kids’ TV, creating cartoon shows Eek! the Cat and The Terrible Thunderlizards, and directing many TV episodes for Nickelodeon and The Disney Channel.

1. The ski lodge scenes in Hot Tub Time Machine include a nod to Better Off Dead

25 years after Better Off Dead, John Cusack starred in Hot Tub Time Machine, another surreal dark comedy that features ski-ing. On top of similarities to the tone and subject matter, the 2010 comedy also features a notable nod to Cusack’s earlier film.

Around 26 seconds in on the clip above, a passer-by can be heard saying, “I want my two dollars!” This is a reference to the recurring joke in Better Off Dead of the menacing paperboy demanding his overdue payment.