With his dark eye make-up and outlandish costumes, Alice Cooper is one of the most iconic rockstars in the business. His career spans five decades, encompassing everything from glam rock and psychedelia to heavy metal and industrial. When he’s not pretending to electrocute himself on stage, or working on what will be his 28th studio album, Cooper also has his leather gloves in several other pies.

As an actor, he famously appeared in both Wayne’s World and Dark Shadows, and he’s played with several other bands, including his own supergroup. In 2015, he founded Hollywood Vampires with Johnny Depp and Aerosmith guitarist Joe Perry. The group is named after Cooper’s own celebrity drinking club, which he formed in the 70s with Ringo Star and John Lennon of the Beatles, Keith Moon of The Who and Micky Dolenz of The Monkees.

Even at 71 he’s showing no sign of slowing down, with a massive 2019 tour lined up and a possible Hollywood Vampires live album in the works. With such a long and varied career, there are plenty of secrets still left to uncover about the singer, which is why we’re counting down the top 10 things you never knew about Alice Cooper. 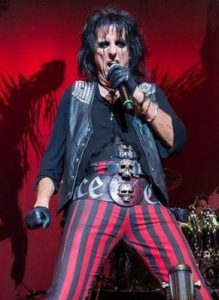 When you hear the name Alice Cooper, no doubt you think of the man first, but the truth is that the words refer to two separate things. Alice is the name the singer goes by, but also the name of the band he played in, which has led to some pretty bizarre consequences.

The reason is this: when Alice wanted to start a solo career, he realised his birth name of Vincent Furnier wasn’t going to cut it. He decided to take up the mantle of Alice Cooper full time, and even changed his name legally to make things less confusing.

However, the name had belonged to every member of the band equally back in the day, and so Alice still has to pay yearly royalties to his bandmates for the right to keep the title. 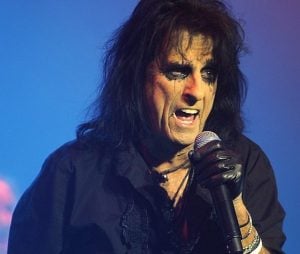 9. He cameo’d on a very unlikely show 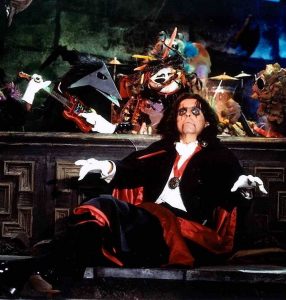 It’s not unusual for kids’ shows to have celebrity guests, and those guests being musicians is a pretty common concept even today. With that said, there are some singers that you expect to appear on a show made for children, and Alice Cooper is not one of them.

Of course, he appeared on The Muppet Show anyway, after a string of guests that included wholesome picks like Bob Hope and Julie Andrews. His episode included various skits involving monsters, and he finished by doing a live rendition of Welcome To My Nightmare. Needless to say, half the kids loved it and the other half were terrified. 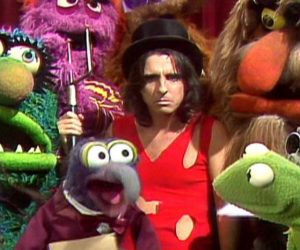 8. He comes from 2 generations of preachers 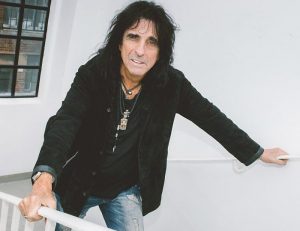 Alice Cooper’s live shows are packed full of horror imagery, with straight-jackets, buckets of fake blood and even guillotines regularly making an appearance on stage. Despite this, Cooper is actually a devout Christian and has been since childhood, undoubtedly thanks to his family’s chosen careers.

Both his father and grandfather were involved with the church, with his dad working as a preacher and his grandad being an apostle within the same congregation. This lead to Cooper being involved with the faith, but also gave him his first taste of showmanship. 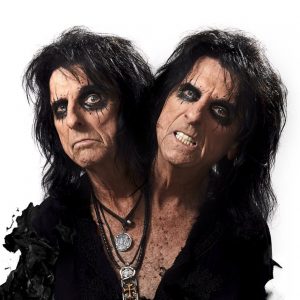 7. Alice Cooper isn’t his only pseudonym 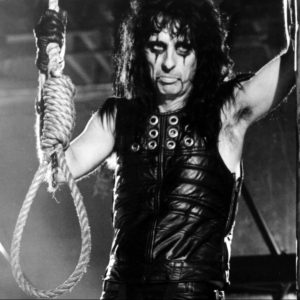 Alice Cooper might be Furnier’s most famous fake name, but it isn’t his only one. As well as a stage name, he also had a pen name, which he used whenever he wrote for his school newspaper.

The name of his journalistic alter ego was Muscles McNasal, and he used it to write both sports pieces and long-form features about school events. To this day, no-one is really sure if those articles were satirical or not. 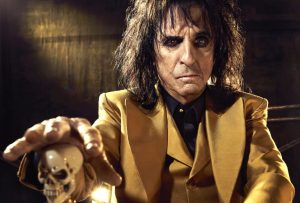 6. His famous pet died in a super ironic way 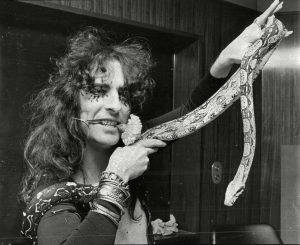 You don’t have to be an Alice Cooper expert to know about his affinity for snakes, as he uses them throughout his live show and is constantly pictured with them in magazines. With that said, what you might not know is that Cooper has also kept snakes as pets, including a beloved Burmese python which he named Julius Squeezer.

Unfortunately the snake passed away, but he did so in a pretty fitting way. The snake died from a bite wound, after the rat that was dropped into his cage for him to eat fought back, which by all accounts is pretty rock and roll. 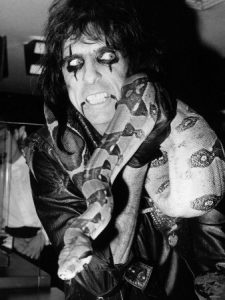 5. His live horror show is a family affair 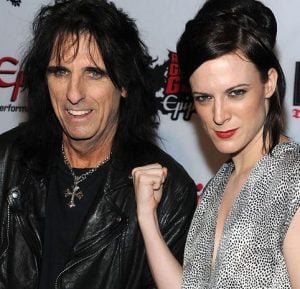 The stage show that accompanies Alice Cooper’s performances almost a bigger deal than the music itself, as it includes everything from live animals to dramatic and gruesome fake death scenes. Not only that, but it also includes Cooper’s real-life family, and has done ever since the early 2000s.

Cooper’s eldest daughter Calico was born in 1981, and has been performing as part of her father’s live show since she turned 19. Who knows, maybe in the future we’ll see a classic Alice death scene with three generations of Cooper present. 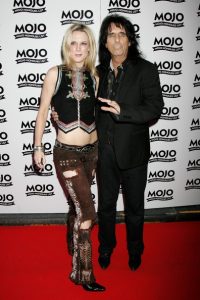 4. His band were signed for being terrible 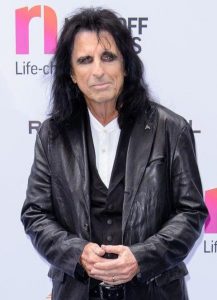 Alice Cooper’s music might be revered now, but that wasn’t always the case. In fact, when the band first started they were horribly received, with crowds frequently walking out on them within the first 10 minutes of their set.

It might sound strange, but it was the horrified response of audiences that first caught the attention of music manager Shep Gordon. He believed that the negative impression they left was better than no impression at all, and figured he could turn the attention they were getting into a more positive direction. 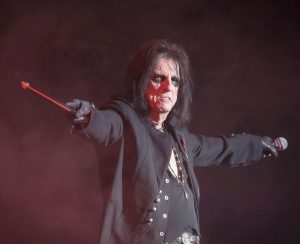 3. He’s determined to be the last rockstar standing 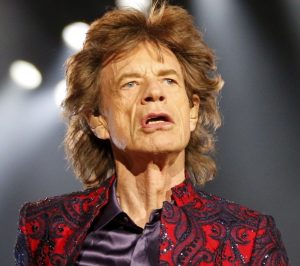 Whether for the money or just the love of the game, plenty of rock bands are choosing to to keep touring and releasing music way into their old age. With that said, there is one musician in particular that Cooper has his eye on, and is apparently committed to working for longer than.

In a recent interview, Cooper said that he was 6 years older than Rolling Stones singer Mick Jagger, and admitted that he was determined to outlast him. He explained that when Jagger retired, that just meant he had to tour for 6 more years and one day, since he couldn’t let Jagger have more longevity than him. 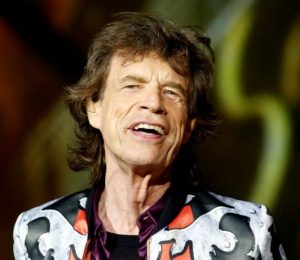 2. His onstage antics started as an accident 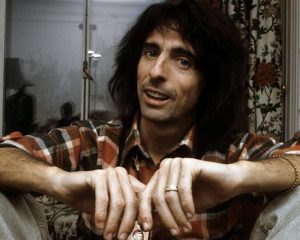 Cooper’s reputation for horror imagery and showmanship was taken to the next level in the 70s, after the infamous ‘chicken incident’. Legend has it that one night onstage, Alice Cooper ripped open a feather pillow and revealed a live chicken inside, before throwing it into the crowd where the audience ripped it to shreds.

The truth is actually way funnier and less extreme, since Cooper had no idea the chicken was in there. When he discovered it, he assumed that since it had wings it could fly, and he threw it into the crowd expecting it to just soar away. 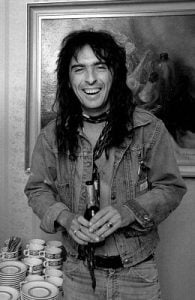 1. His band were originally a Beatles parody act 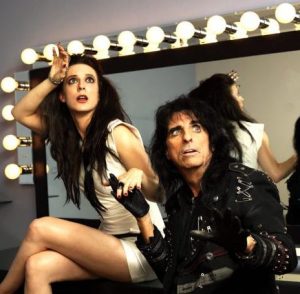 As the old rock adage goes, ‘friends who play together stay together’, and the founding members of Alice Cooper have obviously been playing music together for a long time. However, before they became bandmates they were actually teammates, since they were all on the same high school track and field team.

They started the band simply to compete in the school’s talent show, and at the time none of them could play any instruments at all. To get around this, they got onstage and dressed up like the Beatles, miming and acting along to music. 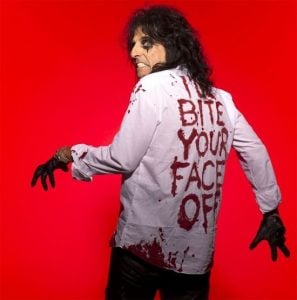