Directed by the legendary Martin Scorsese, 1990’s Goodfellas tells the real life story of mafia mobster turned police informant Henry Hill. Boasting an all-star cast with world-class direction and writing (not to mention a killer soundtrack), it really is one of the greatest gangster films ever made.

Below are some things you might not have known about Goodfellas… 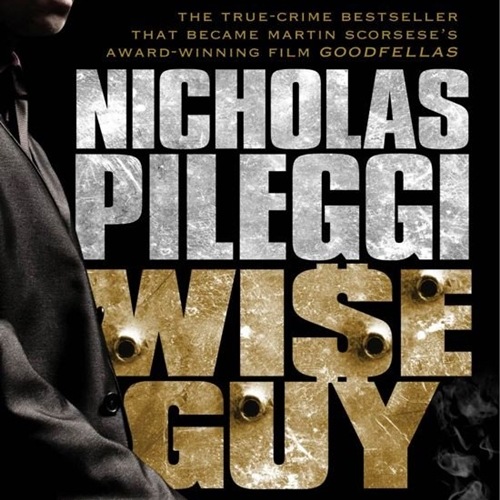 Originally they planned to call the film Wise Guy (two words rather than the book’s one-word title), before later changing the name to Goodfellas.

14. Scorsese wanted the film to look like ‘a two-and-a-half-hour trailer’ 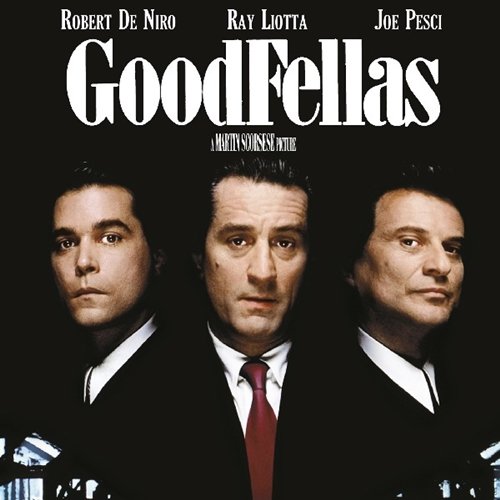 After reading Pileggi’s book, Scorsese immediately had an image in his head of how the film should look. He wanted “to begin Goodfellas like a gunshot and have it get faster from there, almost like a two and a half hour trailer.”

The director explained, “I think it’s the only way you can really sense the exhilaration of the lifestyle, and to get a sense of why a lot of people are attracted to it.”

13. Ray Liotta later quipped the studio “would’ve rather had Eddie Murphy” than cast him 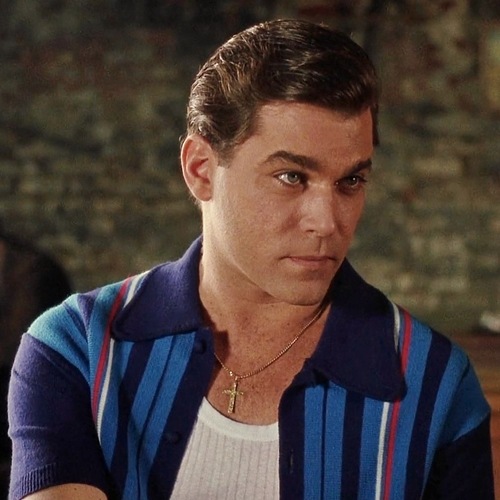 Actor Ray Liotta was a big fan of Nicholas Pileggi’s book, and once he found out that Martin Scorsese was making a film version, he campaigned aggressively to be part of it.

However, studio Warner Bros were very keen to cast a different actor, and Liotta himself later said “I think they would’ve rather had Eddie Murphy than me.”

12. Scorsese filled the script with lines the actors improvised in rehearsals 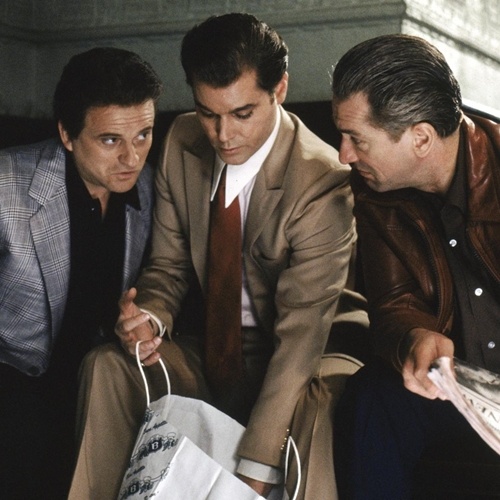 Ray Liotta, Robert De Niro and Joe Pesci prepared for their respective roles by working with Nicholas Pileggi, who gave them access to research material left over from his book.

During rehearsals the actors would ad-lib, and Scorsese took his favourite lines and added them to a revised script that was used once filming had begun.

11. De Niro called the real Henry Hill constantly with questions about his role 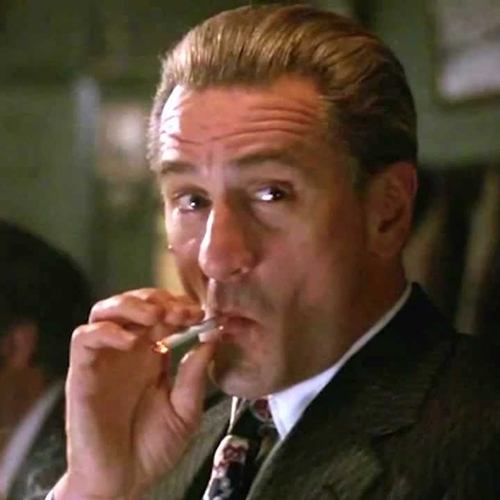 Legendary actor Robert De Niro went to extreme lengths in preparation for his role as James Conway, a character who was based on real-life gangster Jimmy ‘The Gent’ Burke.

De Niro would often call Henry Hill several times a day to ask a number of different questions about Burke, such as how he walked or even how he held his cigarette.

10. The “Funny how?” scene happened to Joe Pesci in real life 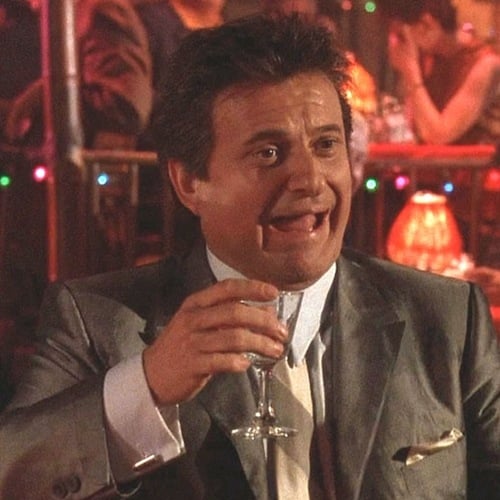 We’re sure you all remember Joe Pesci’s classic “Funny how?” scene, which has gone down in cinema as one of the greatest of all time. Famously, the scene was not scripted; Pesci ad-libbed it during rehearsals,

The scene is closely based on an actual experience of Pesci in his younger years, when he worked in a bar frequented by the mafia.

9. The famous tracking shot was nailed on the eighth take 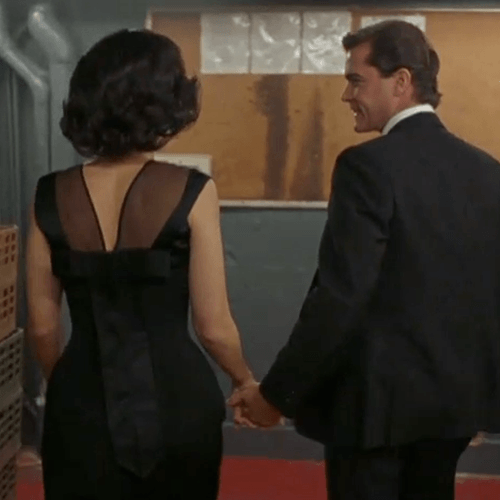 Goodfellas features a memorable tracking shot, following the mobsters as they enter the Copacabana nightclub. It took eight attempts to get this long and complex shot just right.

It was also conceived for practical reasons: the filmmakers were not given permission to enter the building through the main entrance, so they conceived a shot coming in from the back door.

8. 40 people walked out at the film’s first screening 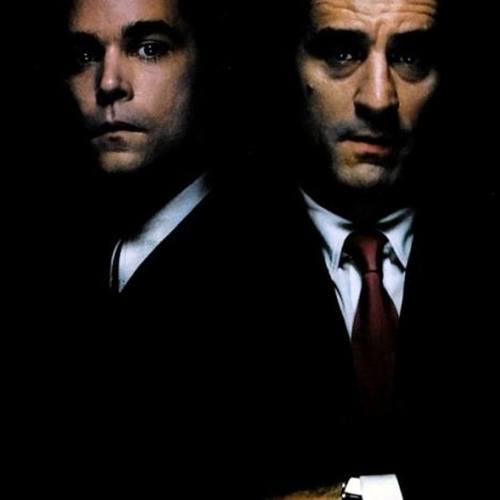 Goodfellas was the first time that Martin Scorsese had to preview a film to test audiences before it was released. It didn’t go particularly well, as a reported 40 audience members took umbrage and walked out in the first ten minutes.

A number of test audience viewers were also upset by Henry Hill’s ‘last days as a wise guy’ sequence – although Scorsese has since said this was kind of the point.

7. The real Henry Hill was paid almost half a million dollars for his story 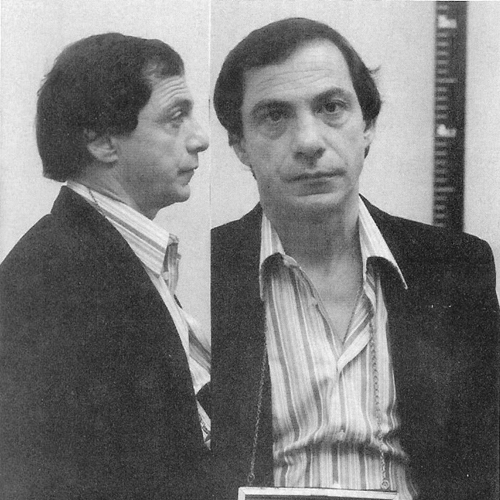 Perhaps controversially, real-life mobster-turned-police informant Henry Hill, who died of complications related to heart disease in 2012, was paid a substantial sum of money for his name and story to be used.

Just two weeks before filming of this gangster epic began, Hill was paid just short of half a million dollars. And who says that crime doesn’t pay?

6. The film inspired David Chase to create The Sopranos 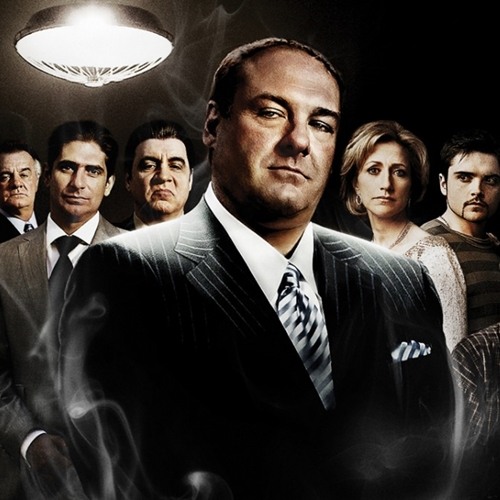 Goodfellas inspired David Chase to make the TV show The Sopranos. The series creator was once quoted as saying that “Goodfellas is the Koran for me.”

As well as borrowing from the tone of the film, The Sopranos shares a number of actors with Goodfellas, including Lorraine Bracco and Michael Imperioli.

5. Scorsese had previously sworn off making any more gangster movies 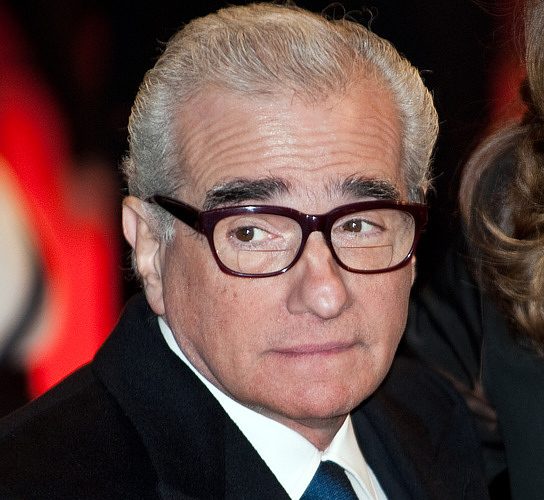 One of Scorsese’s breakthrough films, Mean Streets, was about gangsters. However, by the late 80s, Scorsese had declared that he was done with gangsters for good.

Reading the book Wiseguy changed his mind – and since Goodfellas, Scorsese has made more gangster-based films including Casino, Gangs of New York and The Departed.

4. Ray Liotta turned down Batman to make the movie 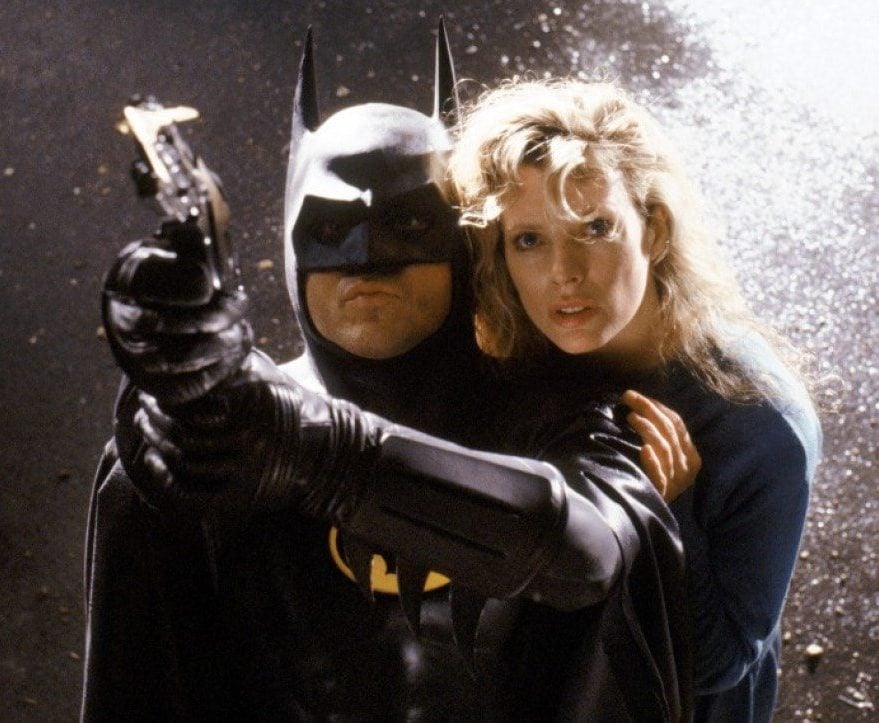 On top of studio Warner Bros being unconvinced about Ray Liotta’s casting in Goodfellas, Liotta himself had to give the matter serious thought, as he’d already been offered another major movie: Batman.

Liotta had been offered both the role of Batman himself (ultimately played by Micheal Keaton), and Harvey Dent (played by Billy Dee Williams). He declined both to take the role of Henry Hill.

3. It has one of the most celebrated lines of dialogue in film history 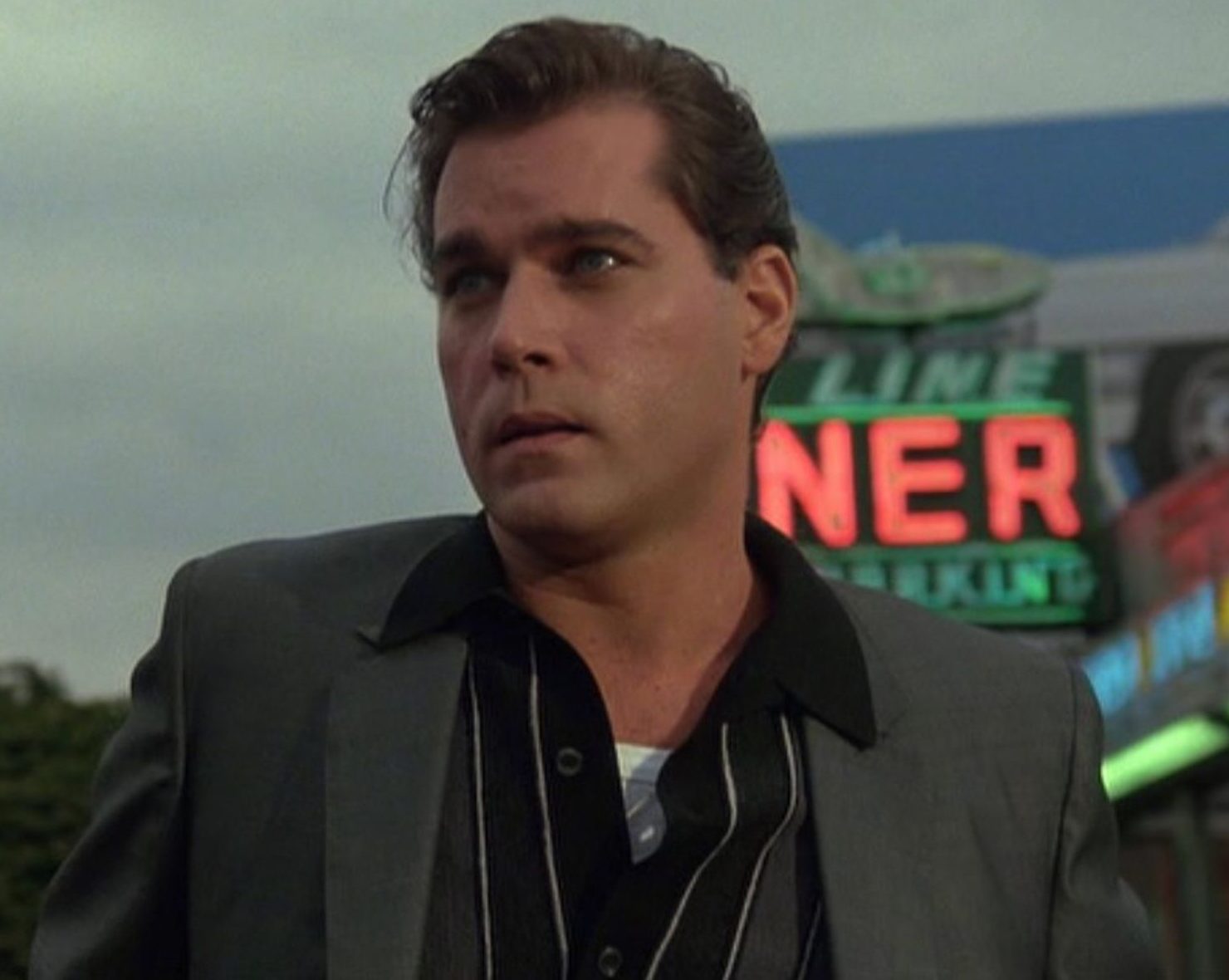 Early on in Goodfellas, Ray Liotta’s Henry Hill tells us in narration, “As far back as I could remember, I’ve always wanted to be a gangster.”

This line (often misremembered as the very first words spoken in the film) has become hugely iconic, and was voted to number 20 in the 100 Greatest Movie Lines by Premiere magazine in 2007. 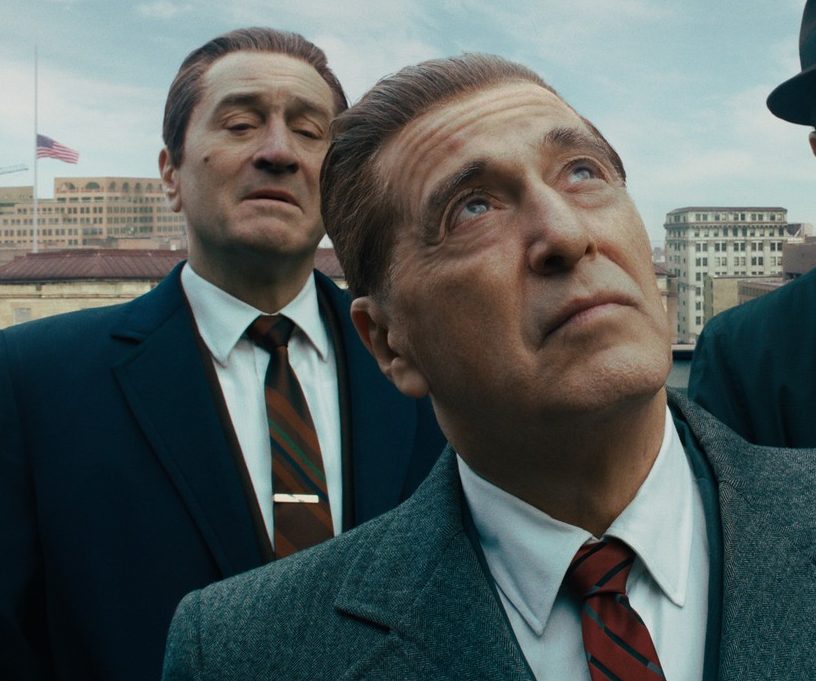 Godfather star Al Pacino was an early contender to play Jimmy Conway (the part that went to Robert De Niro), but decided to pass for fear of typecasting in gangster roles. However, he decided instead to play Big Boy Caprice in Dick Tracy, which was arguably even worse typecasting.

Pacino has since admitted regretting these decisions, and he would later make amends by finally working with Scorsese, De Niro and Joe Pesci in 2019’s The Irishman.

1. Joe Pesci gave one of the shortest acceptance speeches ever when he won his Oscar

Goodfellas was nominated for six Academy Awards, but in the end the only winner was Joe Pesci, who was named Best Supporting Actor for his turn as Tommy DeSimone.

In accepting his Oscar, Pesci gave one of the most surprisingly short speeches ever, simply declaring, “it’s my privilege, thank you,” and walking off.