10 Things You Might Not Have Realised About Fight Club

It’s one of the most original, entertaining, brave and individual movies of the entire 1990s, and it barely seems to have aged a day in the last two decades.

Fight Club was released almost exactly 20 years ago, so we thought it was about time that we paid tribute to this classic movie.

Here are 10 things you might not have realised about the Brad Pitt classic. 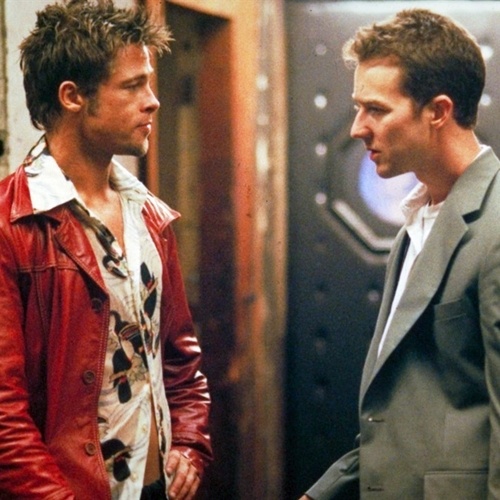 Fight Club’s director David Fincher has described the film as “a coming of age movie for people in their 30s.”

Fincher went on to say that Edward Norton’s Narrator character has “tried to do everything he was taught to do, tried to fit into the world by becoming the thing he isn’t.” 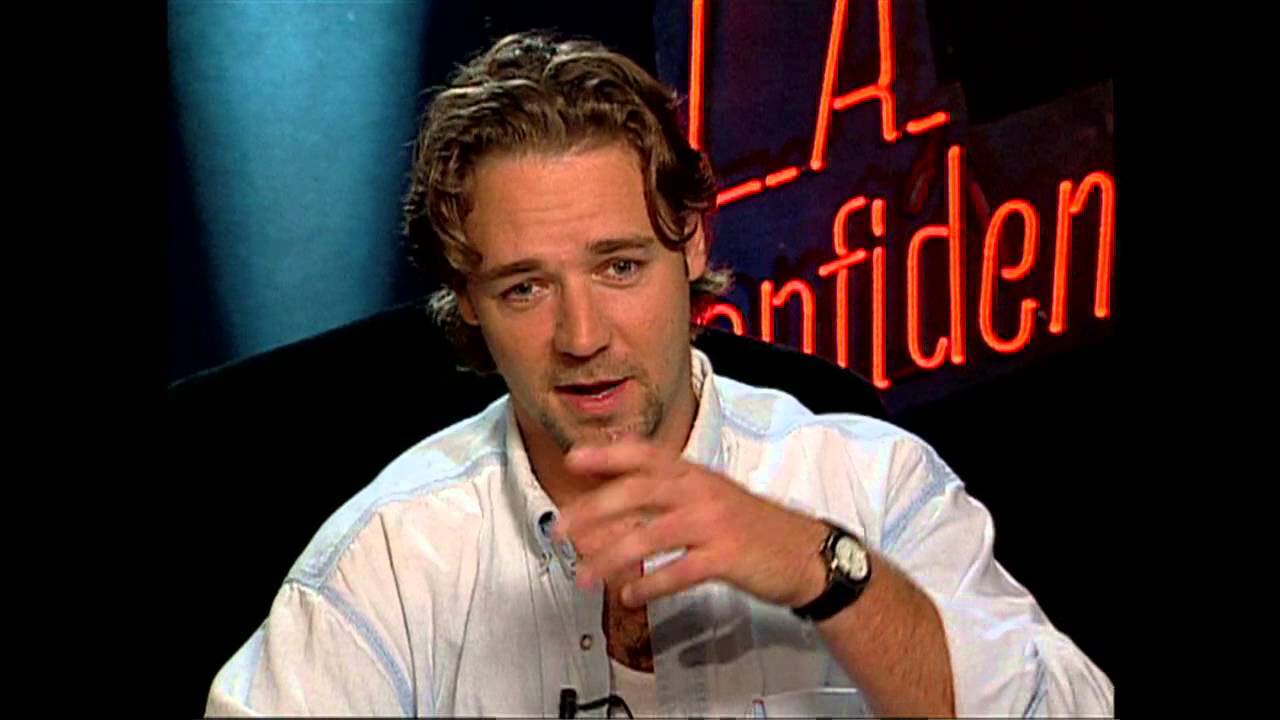 Believe it or not, Gladiator star Russell Crowe wasn’t far away from being cast in the role of Tyler Durden.

Whilst we can’t imagine anyone other than Brad Pitt in the role, it was between him and Crowe for the part, with 20th Century Fox having the final say. They went for Pitt.

8. The studio wanted Matt Damon to play the Narrator 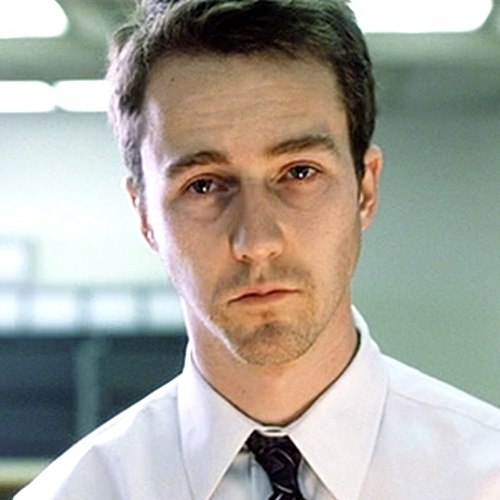 The film studio wanted a big star to play ‘the narrator’ in an attempt to increase the movie’s box office potential, and both Matt Damon and Sean Penn were approached.

David Fincher was keen on Edward Norton however, after having seen his performance in The People vs Larry Flynt.

7. It could have starred Courtney Love 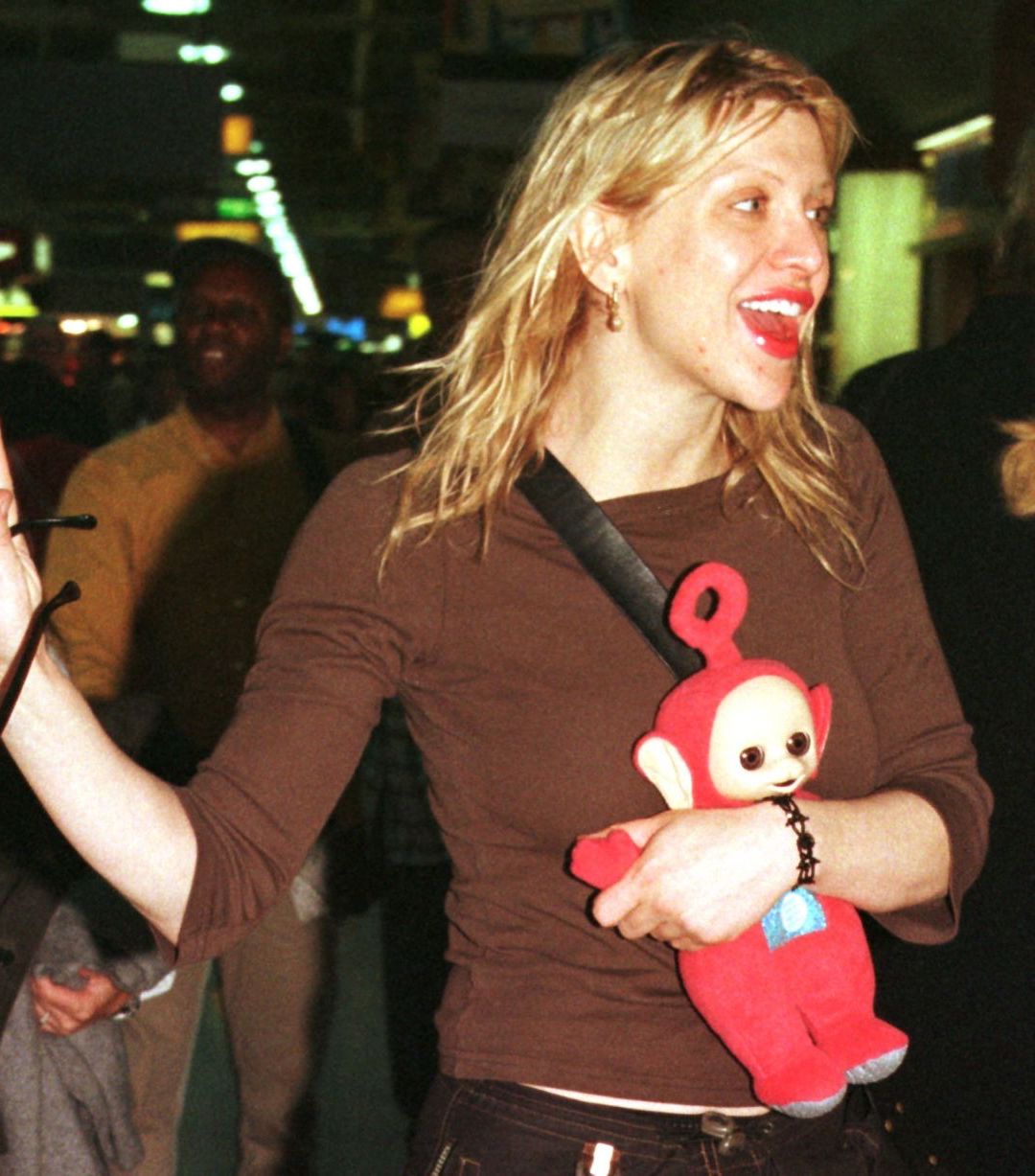 Despite Helena Bonham Carter being perfect in the role of Marla Singer, she was way down the list of actresses that were being considered for the part.

David Fincher’s first choice was former stand-up comedian Janeane Garofalo, and Winona Ryder was also considered, as were Courtney Love and Reese Witherspoon, the latter of whom was ruled out for being too young. Fincher eventually plumped for Bonham Carter after seeing her Oscar-nominated performance in The Wings of the Dove.

6. Brad Pitt spoilt his good looks for the role 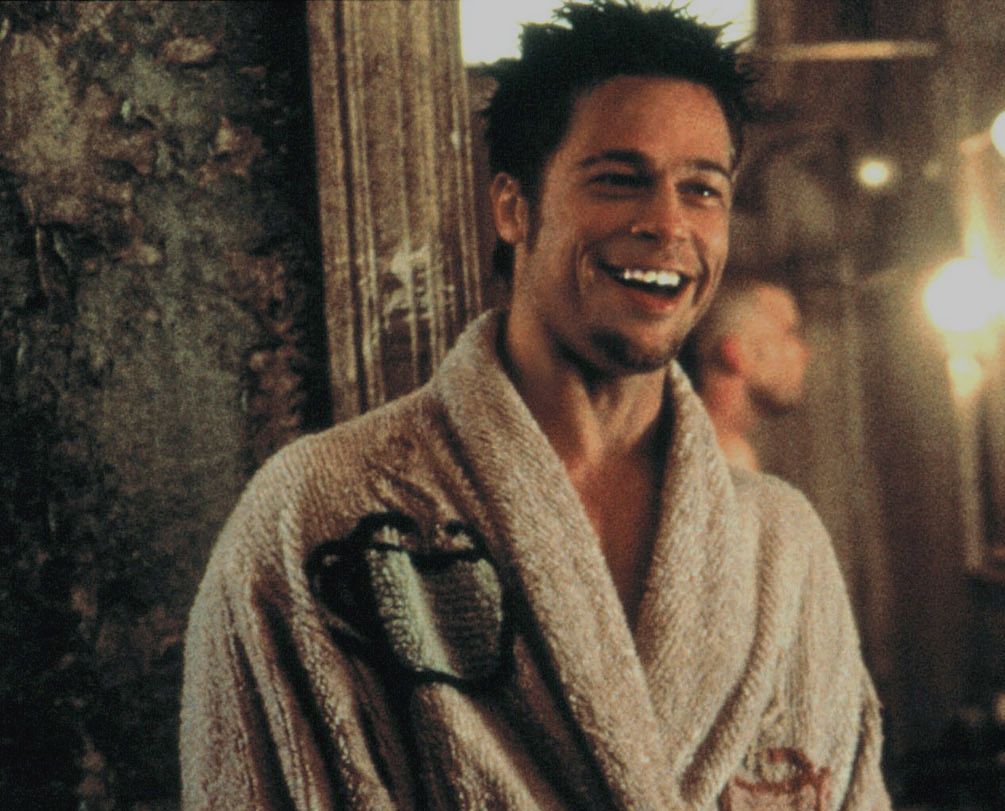 As much as we don’t like to think of the gorgeous Brad Pitt spoiling his good looks, even if it is for one of his classic movie roles, that is indeed what happened with Fight Club.

Pitt voluntarily visited a dentist to have pieces of his front teeth chipped off, just so his gnashers would not look perfect on screen. 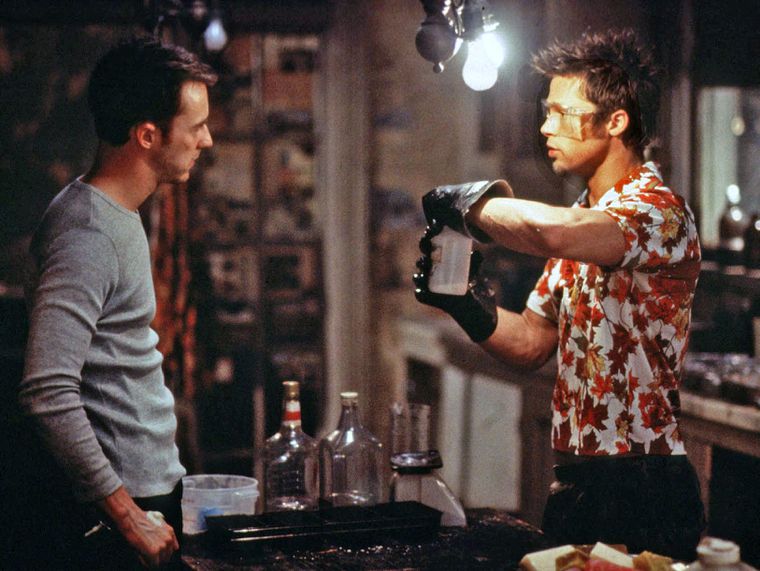 If you’ve seen Fight Club, or even glimpsed the poster, then you’ll know that soap plays a big part. And both Brad Pitt and Edward Norton were fully prepared for this aspect of the movie.

Both actors took lessons in soap making as part of their preparation; they also trained in boxing and taekwondo.

4. Meat Loaf had to wear a massive fake chest 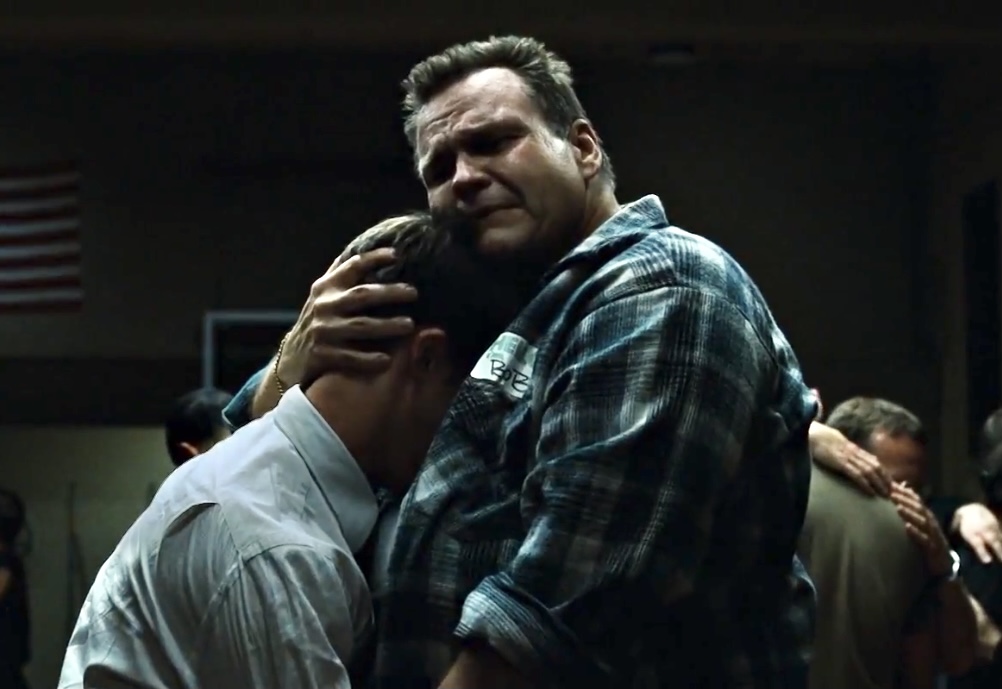 Ironically, it was after losing a large amount of weight that Meat Loaf starred in Fight Club as Robert Paulson.

This meant that the legendary rocker had to wear a 40kg fat suit, giant fake chest included, as well as eight-inch lifts in his shoes so he would appear taller than Edward Norton.

3. The score could have been composed by Radiohead 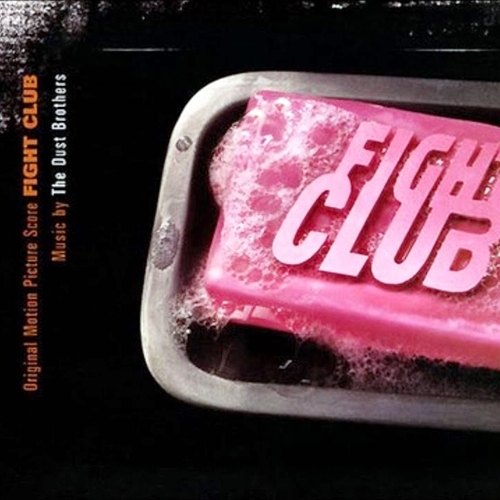 David Fincher wanted a band that was inexperienced in writing movie scores to compose Fight Club’s music, and his first choice was Radiohead.

However, Thom Yorke declined as he was recovering from the stress of promoting the album OK Computer. So Fincher instead hired Dust Brothers, a songwriting and producing duo who believe it or not also produced Hanson’s worldwide smash hit MMMBop!

2. Its director was not at all happy with the trailer 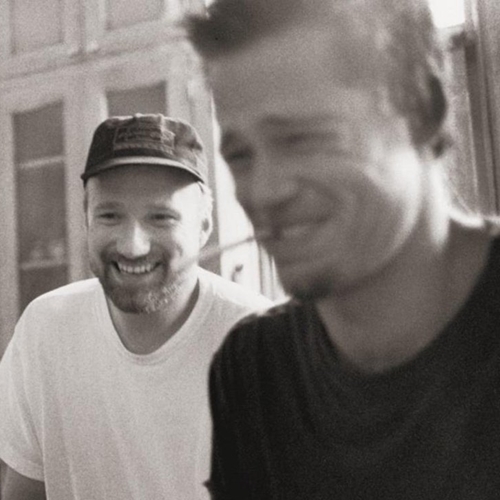 David Fincher has revealed that he was not at all happy with the trailer that was released for the movie, as he believed that it gave the wrong impression, and also that it failed to appeal to either males or females.

1. It bombed at the box office 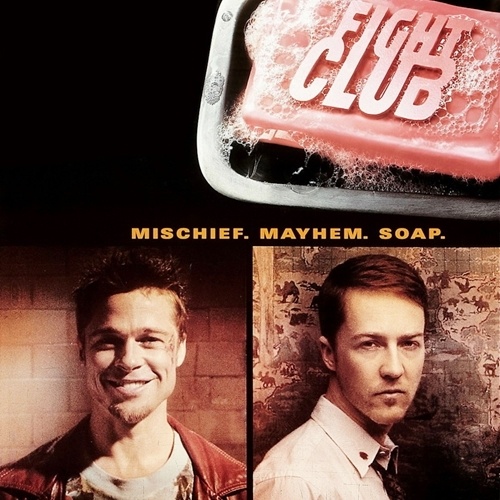 Despite it now being regarded as a cult classic, 20th Century Fox did not like Fight Club at all at first, and significantly restricted its marketing campaign in order to try and recoup some losses. This approach backfired when the film, made for $63 million, ended up grossing just $100 million worldwide.

However, the film’s release on DVD saw it build up a strong following that has only grown since. On its 10 year anniversary, The New York Times described Fight Club as “the defining cult movie of our time.”