10 Things You Never Knew About Under The Cherry Moon

Derided as a vanity project, Under the Cherry Moon failed to reach the success of Prince’s earlier movie, Purple Rain. In fact, it brought Prince’s budding film career to a halt. This black-and-white drama, released in 1986, was a commercial and critical failure.

But critics have been kinder to this unloved movie in recent years, with one reviewer describing it as “a strange and lovely meditation of life, love and death that is shot through with a lot of humour.” Here are some of the stranger details about Under the Cherry Moon. Despite the Under the Cherry Moon movie’s poor critical reception, it spawned an incredibly successful soundtrack album. Rebranded as Parade, this album went platinum. It was the final billing for Prince’s band The Revolution, and it was named among the year’s top albums by The Village Voice.

Parade was a psychedelic contrast to Prince’s earlier album Purple Rain, with funk influences. In particular, the song Kiss soared in popularity and reached the top spot on the Billboard Hot 100. The album ultimately sold over 1 million copies in the USA and 2 million copies internationally.

9. Kristin Scott Thomas is not a fan of the film 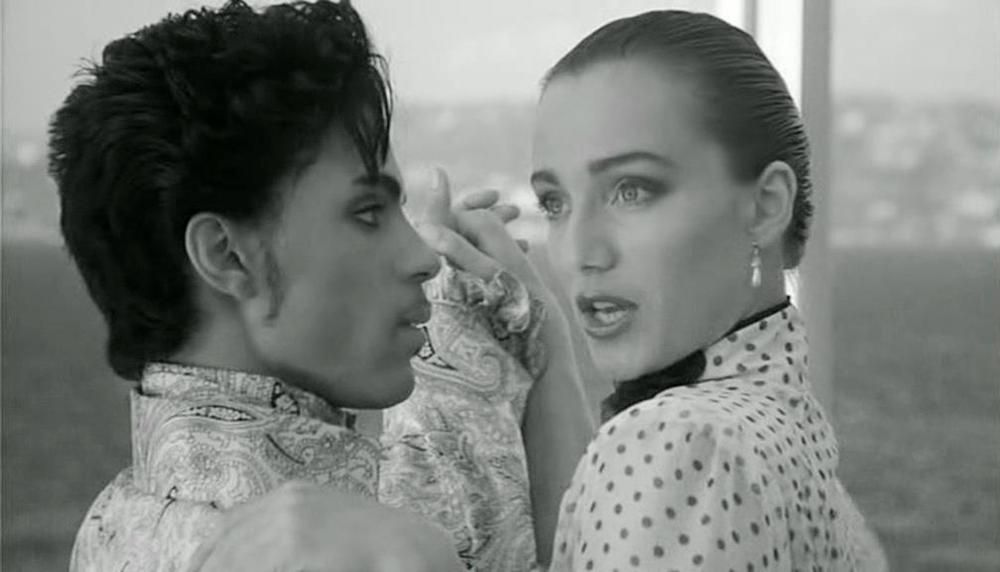 Now a five-time BAFTA winner, Dame Kristin Scott Thomas is less than impressed when she looks back on Under the Cherry Moon, in which she stars as wealthy heiress Mary Sharon. “When I left drama school…I was more afraid of not working at all than of the actual material I was being offered,” she commented in 2005. “And if you look at my very first film, you’ll understand exactly what I mean.”

When Prince passed away in 2016, she paid tribute to him on Twitter, but highlighted his musical achievements rather than their cinematic work together. “I can’t believe that this person, who has been in my life for 30 years, is no longer there,” she wrote. “But he is immortal by his music.”

8. It was filmed in colour In the hopes of recreating a dreamy 1930s romance, Prince was determined that Under the Cherry Moon should be in black-and-white. Warner Brothers, on the other hand, had different plans: the studio was concerned that an old-fashioned-looking film would damage the film’s appeal to younger audiences.

As a result, Prince compromised by shooting the film on colour stock. It was changed into a black-and-white movie during post-production. While some colour stills of the film are available, the bulk of colour footage has never been released to the public. 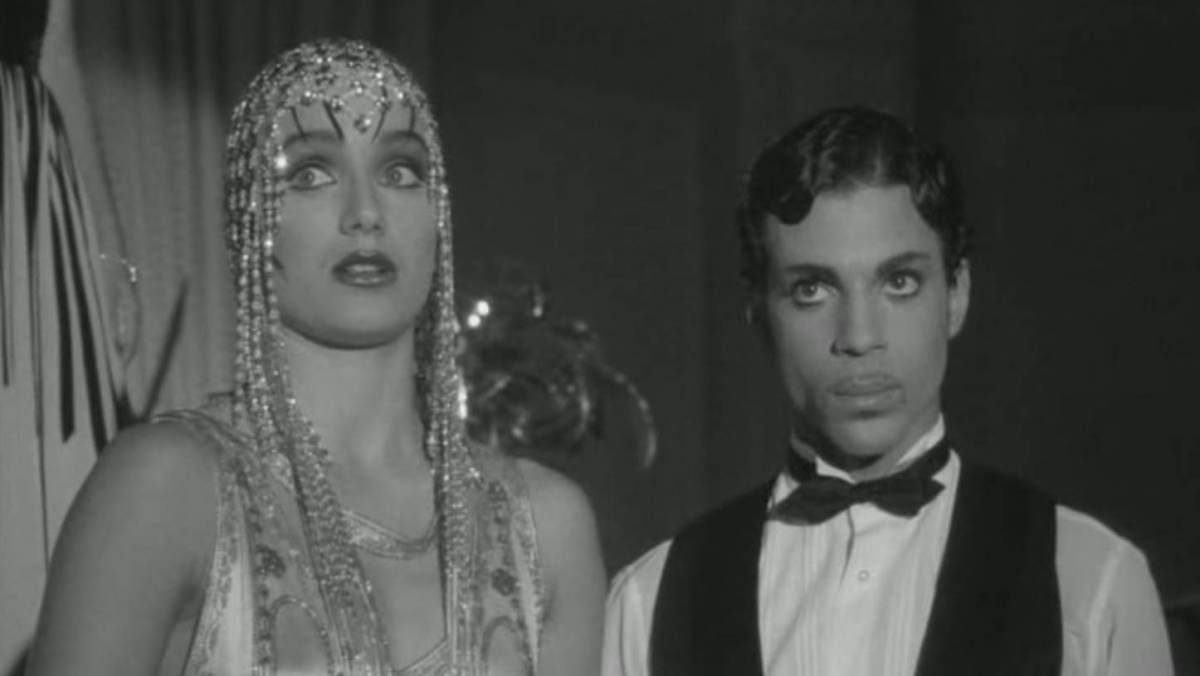 British actress Kristin Scott Thomas found her film debut in this unusual movie. She had previously worked at a department store and studied acting in London and Paris, and was 25 years old when she was cast as Mary in Under the Cherry Moon.

Thomas was overwhelmed to be chosen for the role, and has described it as an “out-of-body situation”. “I found myself being invited to meet Prince who was my absolute idol,” she later recalled. “The sort of thing that would never ever happen to anyone I ever knew.”

6. Prince took over from the original director 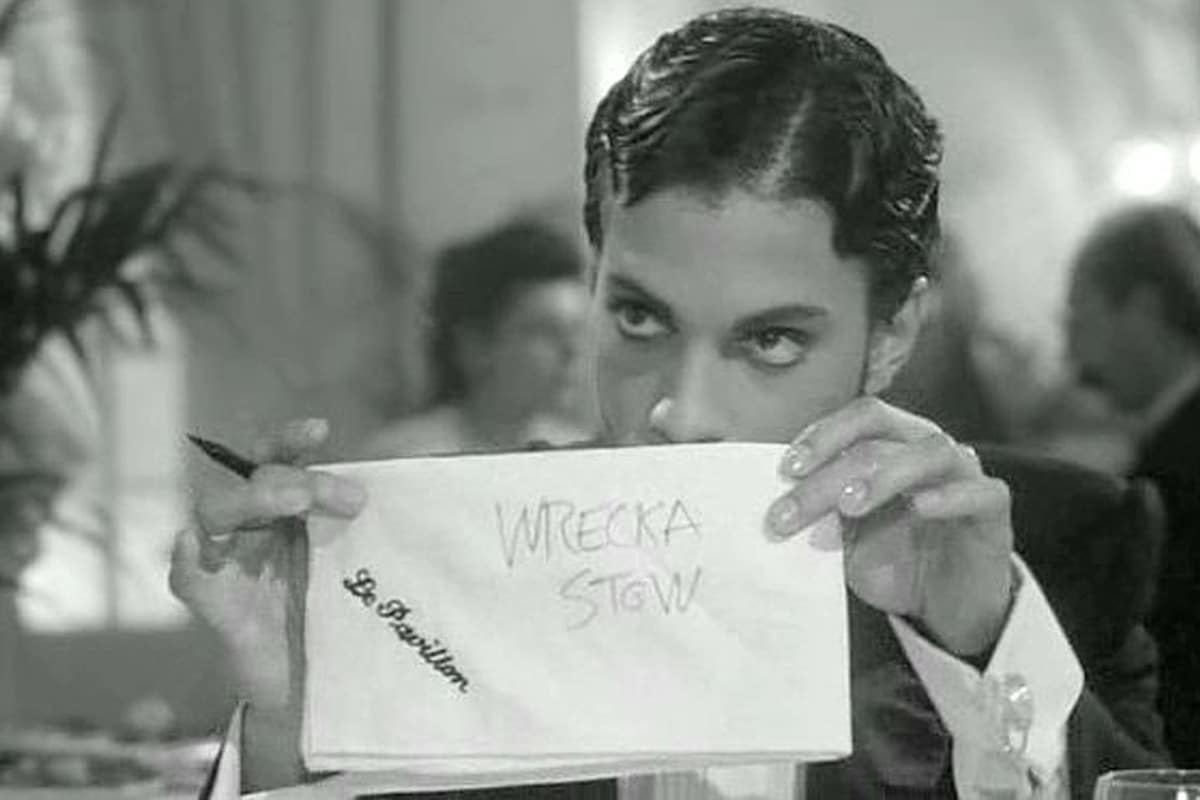 Prince’s original pick to lead the project was the French music video director Jean-Baptiste Mondino. However, when Mondino was unavailable, Prince turned instead to Mary Lambert, who worked on music videos with the likes of Janet Jackson and Mick Jagger.

Prince, however, wouldn’t be satisfied with Lambert’s work, and early in production he fired her. As well as starring as the male lead, Prince then decided to also direct the film. Lambert would make her (full) directorial debut feature the following year with Fiesta, starring Ellen Barkin and Jodie Foster.

5. The film’s premiere took place in a tiny city in Wyoming 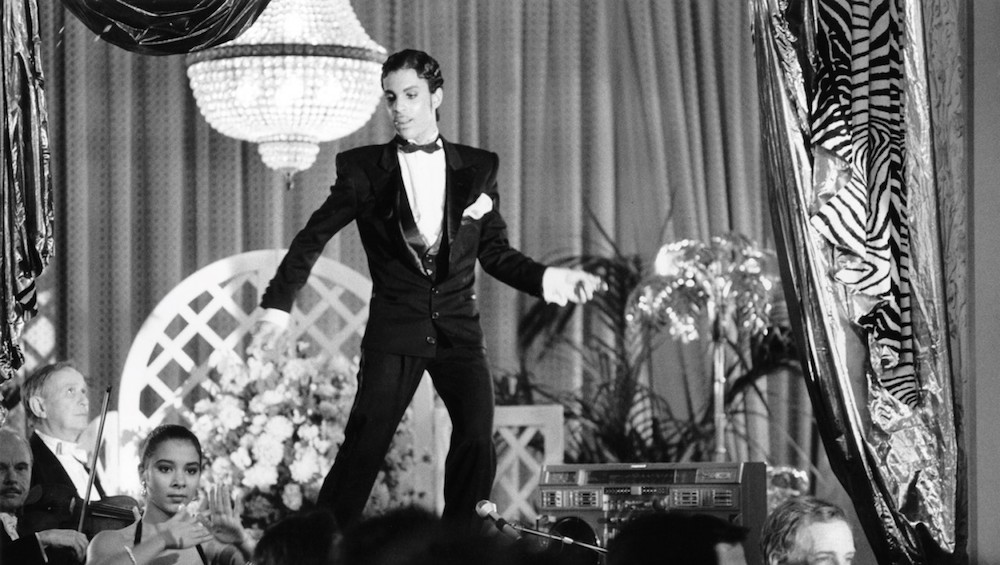 In an unusual marketing move, MTV ran a contest to determine where Prince’s new movie would premiere. The 10,000th caller in the contest would be treated to the premiere in their hometown, as well as a date with Prince by their side to watch the movie.

The winner was Lisa Barber, a 20-year-old hotel chambermaid from the 12,000-strong city of Sheridan in Wyoming. Attendees included Joni Mitchell and Ray Parker Jr. After Prince died, Barber paid tribute to him: “He helped me to open up a little and feel more at ease about myself,” she said. “He was kind to me and so natural and down-to-earth. Prince didn’t let fame go to his head.”

4. Madonna was offered the role of Mary 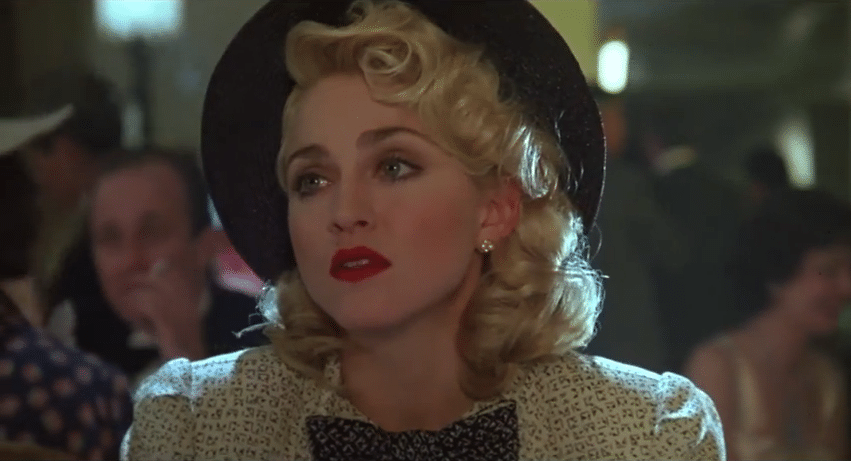 It’s long been rumoured that Prince and Madonna dated in the 80s. What we do know for certain is that Prince offered the Queen of Pop the lead role of Mary in Under the Cherry Moon – but she declined after discovering that Prince was also considering his then-fiancee, Susannah Melvoin, for the role.

Ultimately, the studio decided that singer Melvoin wasn’t experienced enough for the role. Instead, Kristin Scott Thomas secured the role after an audition with Prince in Paris. 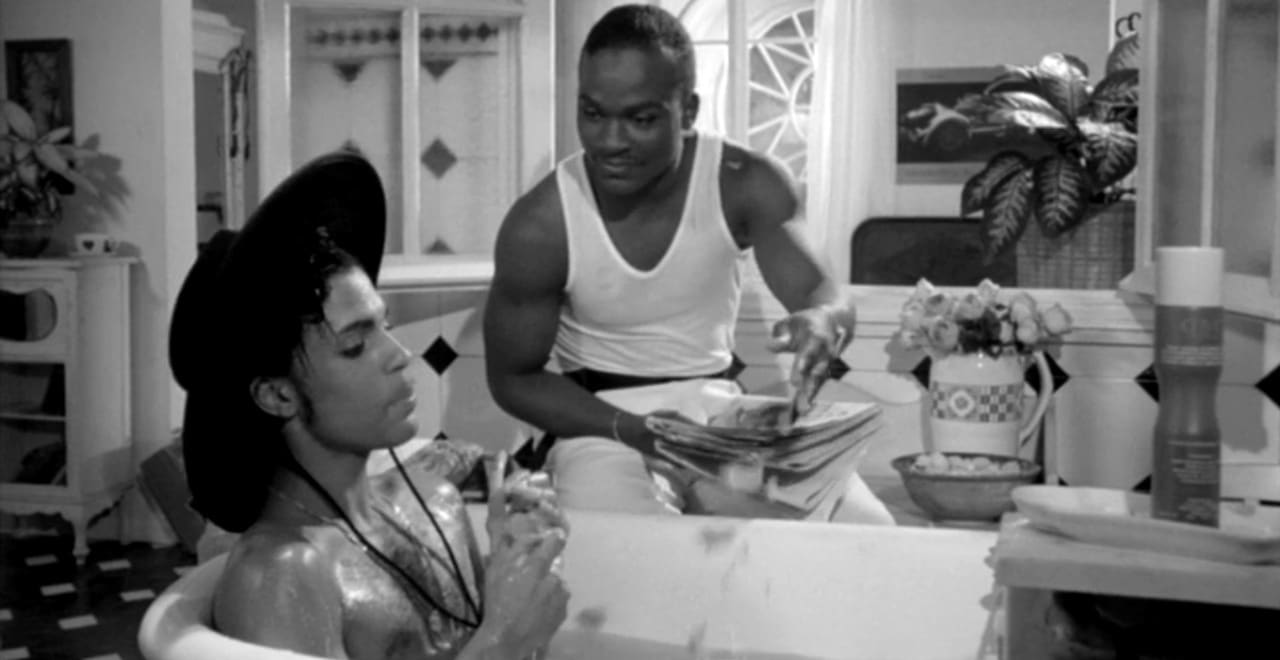 Established in 1981, the Golden Raspberry Awards is a parody event that showcases the very worst of cinema each year. Under the Cherry Moon gained particularly unrelenting attention from this establishment, receiving eight nominations.

Under the Cherry Moon ended up winning in the categories of Worst Picture, Worst Actor, Worst Director, Worst Supporting Actor and Worst Original Song for the tune Love of Money. Kristin Scott Thomas was also nominated for Worst Actress, but she narrowly avoided a win; instead, Madonna won the award for Shanghai Surprise.

2. The writer had zero screenwriting experience 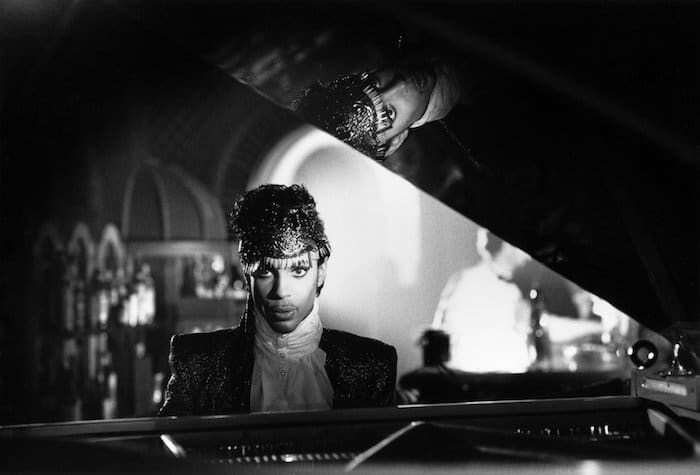 Despite his wide-ranging connections and resources, Prince selected a totally unknown figure to pen the script of Under the Cherry Moon. Becky Johnston was from New York, and she had never even written a movie before.

However, she composed a test screenplay that charmed Prince and the studio. Although Under the Cherry Moon was a flop, Johnston went on to write for Seven Years in Tibet (1997), The Prince of Tides (1991) and House of Gucci (2021).

1. It was filmed on location on the French Riviera 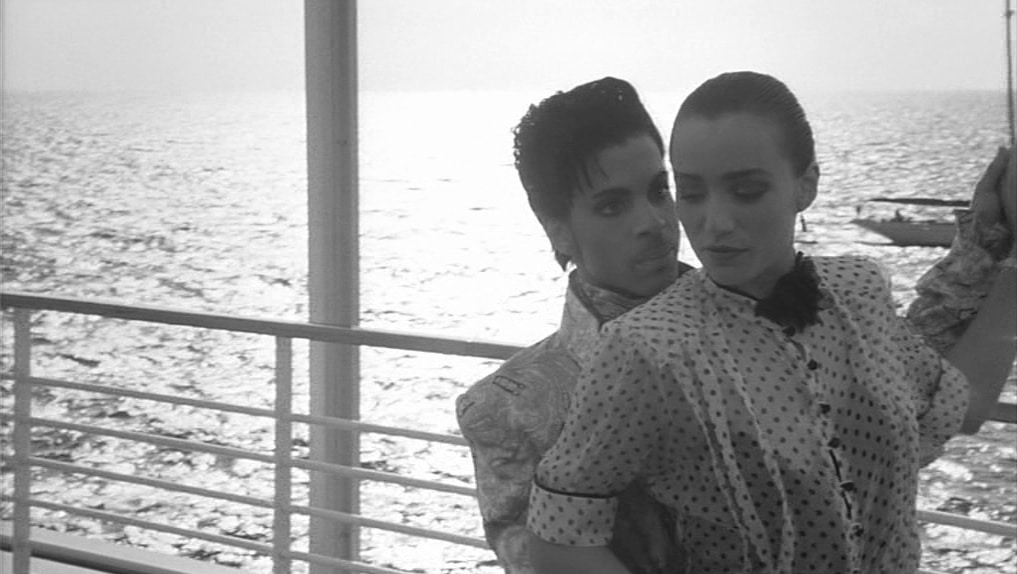 In the summer of 1985, Prince travelled to France with his managers Steve Fargnoli and Alan Leeds to find a dreamy setting for Under the Cherry Moon. They were soon won over by the French Riviera, a popular holiday destination on the south-eastern coast.

Indoor scenes were filmed at Victorine Studios in Nice, which had attracted stars like Grace Kelly, Elizabeth Taylor and Robert De Niro over the decades. Prince had a particular fondness for the country, returning in 2010 and commenting: “I love playing in France. I even plan to sing in every single concert hall in Paris. Anyway, I want to live in France.”