10 Things You Didn’t Know About The Prodigy

If you were into rave music back in the 90s then you definitely had a few Prodigy albums in your collection. The Prodigy were formed in 1990 by Liam Howlett, and the first ever line-up featured MC and vocalist Maxim, dancer and vocalist Keith Flint, as well as keyboardist Leeroy Thornhill and dancer/vocalist Sharky. 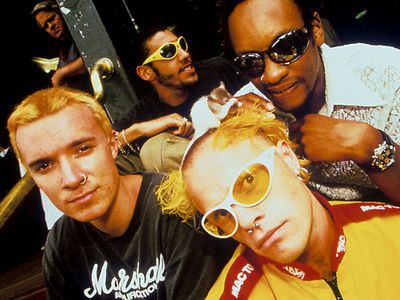 However, most people today know The Prodigy as the classic trio made up of Liam, Maxim and Keith. Tragically, on March 4th 2019 Keith was found dead at his home after committing suicide – he was only 49 years old. It remains to be seen what his fellow members go on to do in light of this news, but at least we’re still left with the memories of their epic music.

In the article below we’ve decided to put together ten fascinating facts you didn’t know about The Prodigy – one of the most important bands in electronic music’s history. Enjoy!

10. Technically The Prodigy aren’t even a band 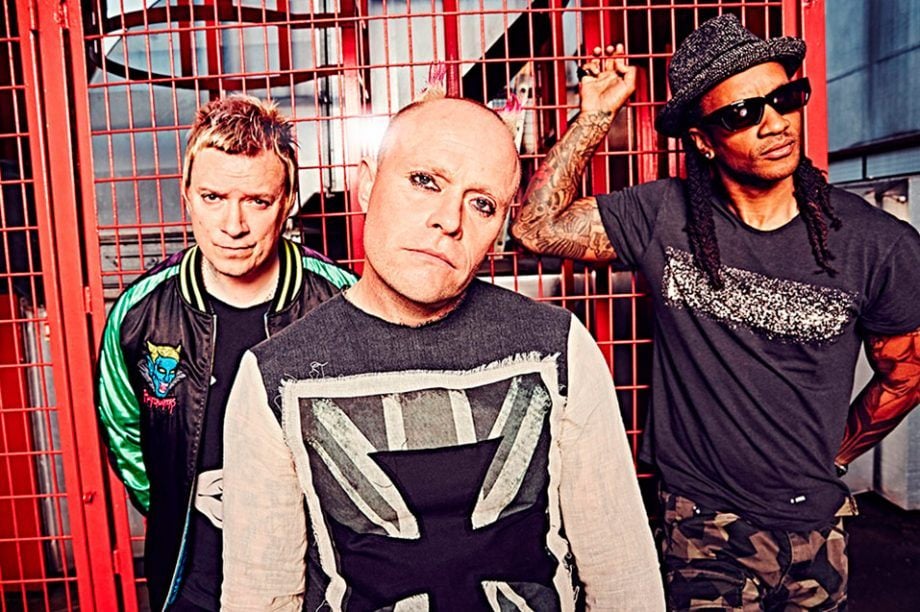 Most people think of The Prodigy as a band or group, but technically they aren’t either of those things! Apparently when Howlett first formed the outfit in the 90s, he was the only person to actually sign their initial record contract. Oops. However, we all know that Keith and Maxim are equally as integral to The Prodigy’s success.

As stated above, there were some other members in the group originally. However, singer and dancer Sharky left soon after the band got its first record deal. 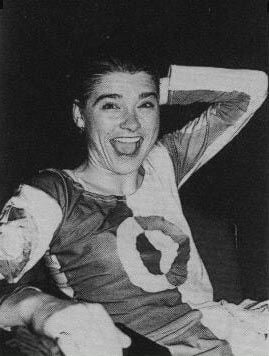 9. Their first ever gig was in front of 20 people 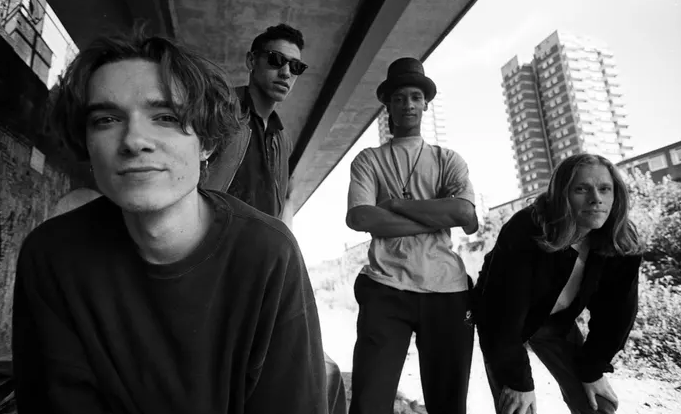 This is very hard to imagine now, considering the fact that they’re stadium fillers nowadays, but The Prodigy actually played their first gig in 1990 to a room of about 20 people. Since then they’ve come a very long way – in the United Kingdom, the Prodigy have been nicknamed ‘The Godfathers of Rave’ thanks to the popularity of their music. They arguably also invented the ‘big beat’ genre of electronic music.

8. Maxim requires at least an hour and a half for hair and make-up 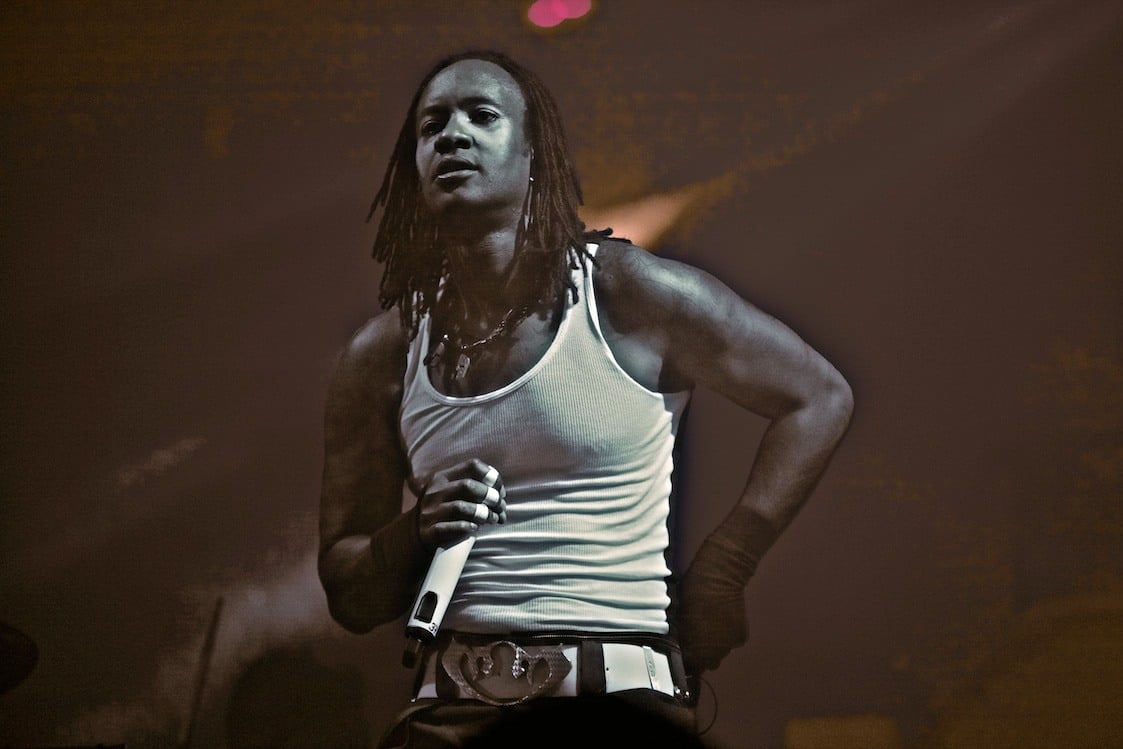 The Prodigy have an epic live show that they like to tour around the world. But of course, this means that they need to have some hair and make-up attended to before they hit the stage. The time that each band member requires is wildly different – Liam only needs two minutes to achieve his ‘look’, while Keith takes three minutes in front of the mirror.

Maxim, on the other hand, requires about an hour and a half!

7. Their first ever E.P. was a total failure 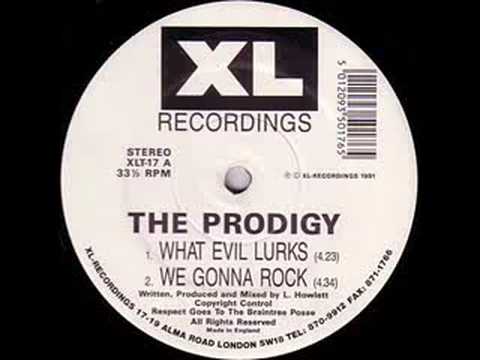 Like most bands out there, The Prodigy did release a few duds in their time. Apparently their first ever E.P. entitled ‘What Evil Lurks’ was an absolute failure and didn’t do anything for their career. Since the band’s success, copies of the record have shot up in value since only 7,000 copies were made in total.

6. They record all of their tracks in a home studio called ‘The Dirtchamber’ 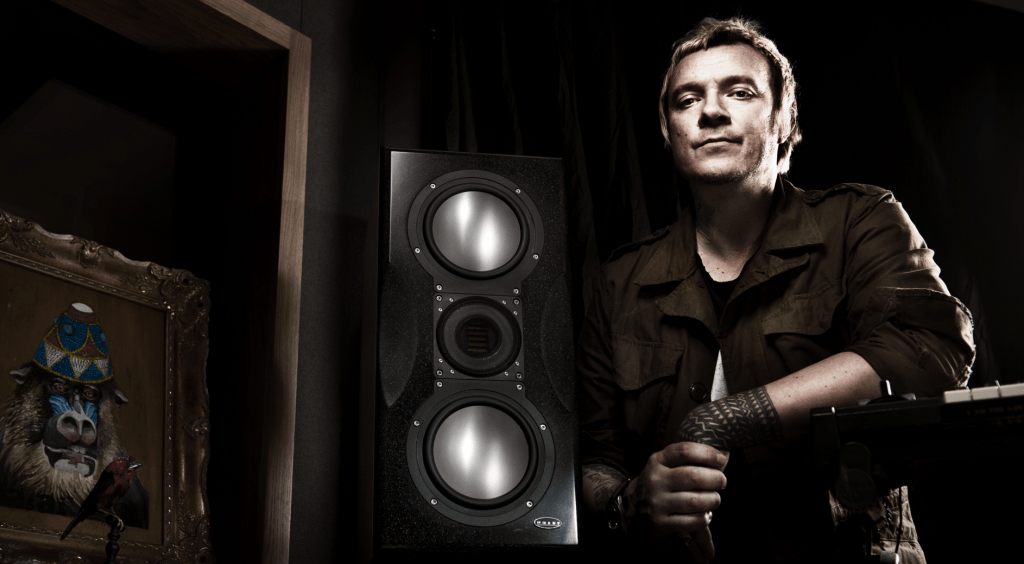 Apparently the band record all of their tracks in Liam Howlett’s home studio, which has been affectionately referred to as ‘The Dirtchamber’. Howlett even released a solo mix album in 1999 entitled The Dirtchamber Sessions Volume One.

5. The Fat Of The Land is the fastest-selling dance record of all time 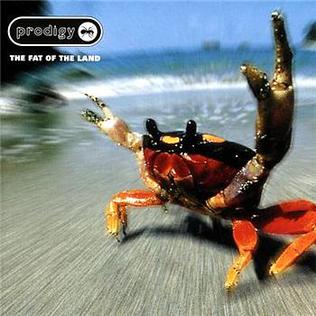 The Prodigy have broken some serious records over the years. Their classic album The Fat Of The Land was the fastest-selling dance album of all time. First released in 1997, it sold over 317,000 copies in the first week alone. As of 2019, it has sold over 10 million copies.

If that wasn’t impressive enough, in 1996 10 of their songs featured in the UK Top 100 at the same time: Everybody In The Place, Fire, Out Of Space, Wind It Up, One Love, No Good [Start The Dance], Voodoo People, Poison, Charly and…Firestarter.

4. Liam Howlett used to be in a hip-hop group 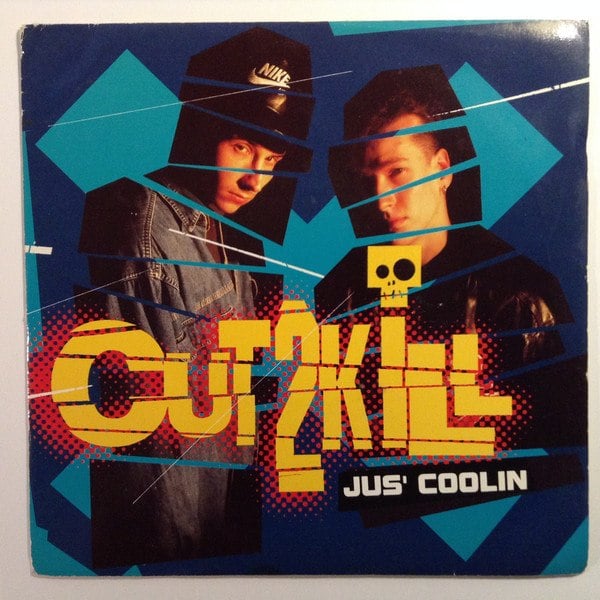 Howlett has been heavily influenced by hip-hop, so it’s probably no surprise to learn that he actually used to be a member of a hip-hop group early on in his career! The group was called Cut 2 Kill and they had some moderate success on the UK music scene.

Howlett eventually left the group in 1989 to form The Prodigy.

3. Jerry Seinfeld and Bono are fans of The Prodigy 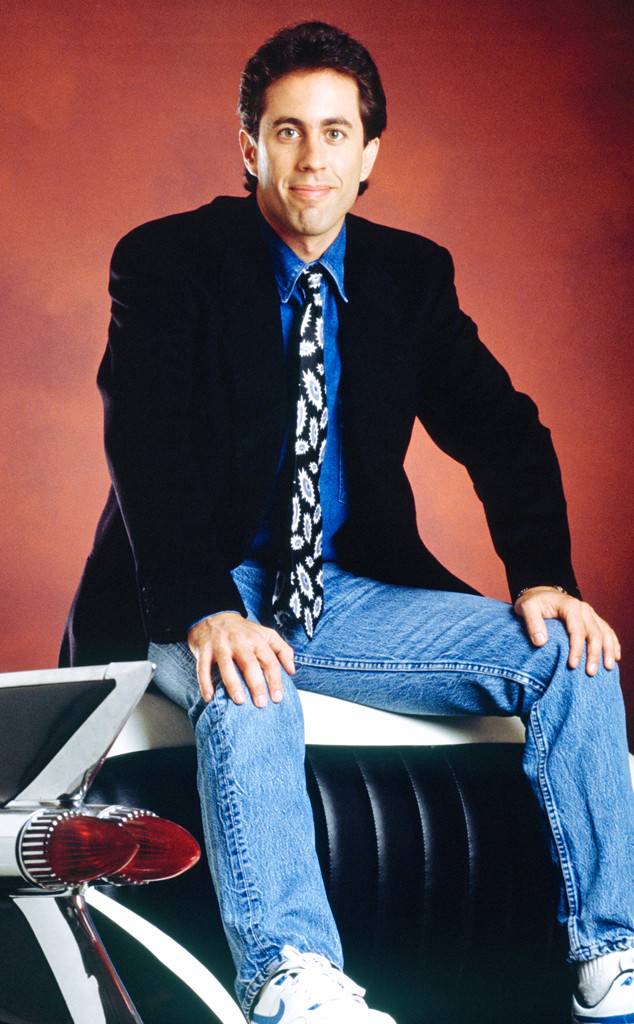 The Prodigy definitely have a wide appeal! Apparently their backstage shows and after-parties have drawn some very interesting guests over the years, including comedians Chris Rock and Jerry Seinfeld, as well as the music legend U2. Apparently all of these celebrities have made sure to go behind the scenes and watch The Prodigy in action over the years.

2. The Beastie Boys tried to get The Prodigy removed from Reading Festival in 1998 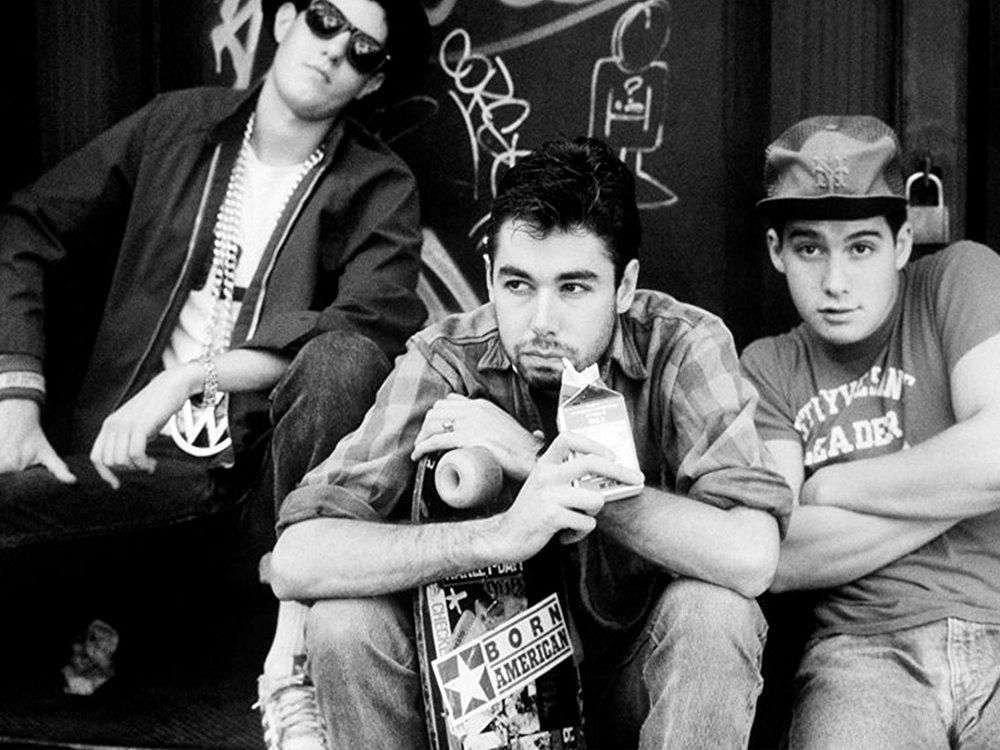 The Beastie Boys and The Prodigy have had a weird relationship over the years. But did you know that the American rap group once tried to get their UK rivals booted off Reading Festival?

Apparently they wanted The Prodigy to cut ‘Smack My Bitch Up’ from their set, because they didn’t want to perform after such an offensive song! Of course the lads refused, and the Beastie Boys ended up shooting themselves in the foot.

When the news about the differences between the two groups broke, everyone called the Beastie Boys hypocrites considering how their early music was perceived in the 80s.

1. They refused to produce tracks for Madonna and U2 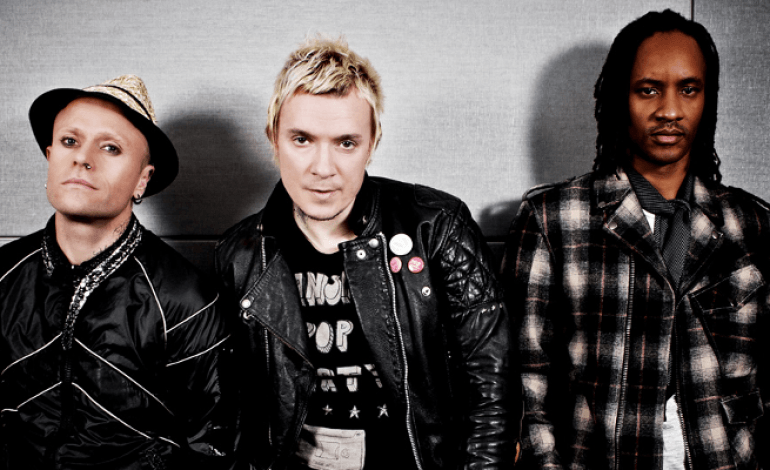 The Prodigy could have made a nice bit of money producing tracks for artists such as David Bowie, Madonna and U2…but they refused. These artists are known for their tendency to try and experiment with ‘current sounds’ and The Prodigy were approached by a number of acts in the hopes that they would act as producers.

Hewlett explained his decision: “I was, well, I’m quite flattered, to be honest, but I’m not going to do it… that’s possibly the worst move we could do right now—give Madonna our sound. I don’t want to be spreading our sound around. I’m just not prepared to take that risk.”

Were you a massive fan of The Prodigy? Let us know in the comments section!