10 Things You Didn’t Know About The Good Place

One question. Where am I, who are you and what’s going on? More than one question, granted, but who can blame Eleanor Shellstrop when she finds herself in the afterlife…the ‘good’ place.

Michael promptly tells Eleanor that her life on Earth has ended, and that she was killed when a line of shopping carts ploughed her into a mobile billboard advertising erectile dysfunction pills.

Appearing on out screens back in 2016, the NBC sitcom The Good Place has become somewhat of a runaway success, with critics and viewers alike praising the show for its originality and use of philosophy.

The show focusses on four humans, Eleanor, Chidi, Tahani and Jason as they become accustomed to their new ‘life’ in the ‘good’ place, a kind of heaven designed specifically for them. Without giving anything away, it soon becomes clear that things might not be what they seem.

Now let us take you to you own little slice of The Good Place by exploring these ten little-known facts about the show. Enjoy!

In order to get into the ‘Good Place,’ people have a score count which is updated continuously throughout their lives. Different actions are given negative or positive points. 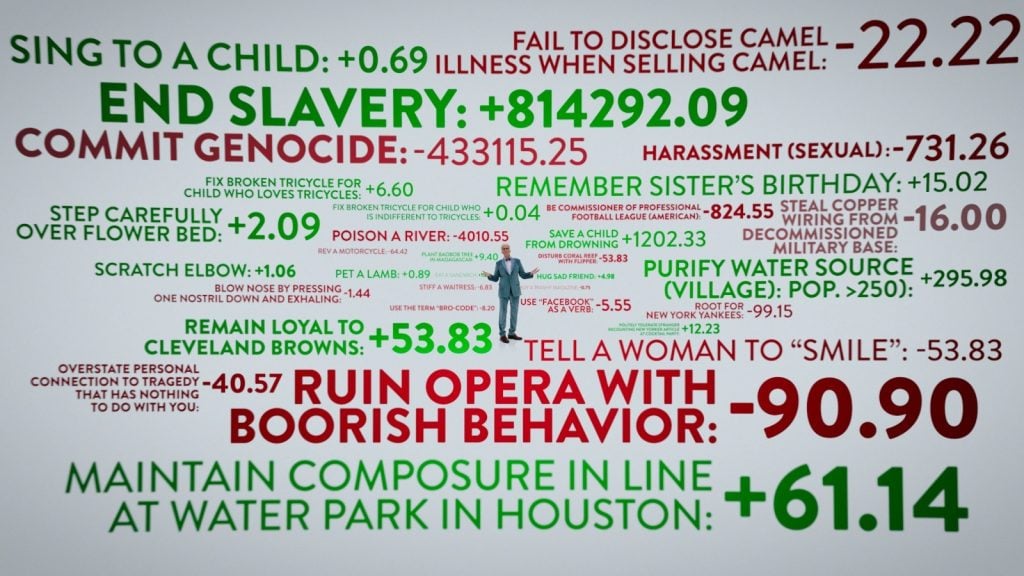 This is something Michael Schur, the creator of the show, used to do in real life. “A daily game that I played by myself as I milled around Los Angeles, was assigning negative and positive point values to various good or bad things that people did.”

“So if someone cut me off in traffic, I would think, ‘You just lost 25 points, man, jokes on you cause you’re going to hell.'”

9. Kirsten Bell has to have special shrimp made for her

In the show, one of Eleanor Shellstrop’s favourite food is shrimp. This is a little problematic, because the actress behind our protagonist, Kirsten Bell, has been vegetarian since she was eleven.

“I have never actually had seafood of any kind because I grew up in Michigan, which is not exactly the fresh fish capital of the world.”

“We’ve got Lake Erie and those fish have three heads. Our prop department [makes] these little vegetarian shrimp that are essentially rubber nuggets.”

8. This is how Janet got her name… 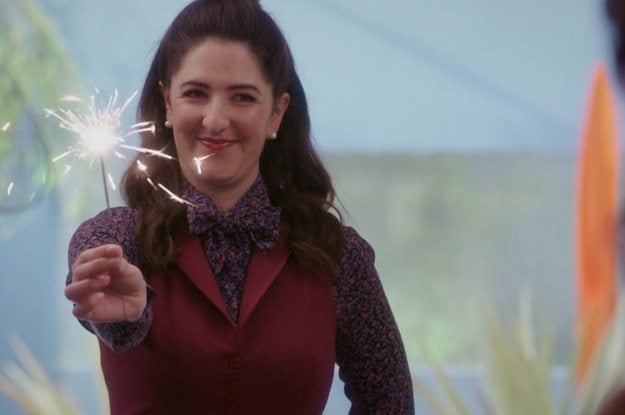 What do you call an omniscient robot lady who happens to harbour the knowledge of the entire universe. That’s right, Janet! But how did Schur settle on Janet?

It’s as simple as this: when writing scripts, Schur defaults to calling characters “Jim” and “Janet” until he can think of something better.

In the case of The Good Place, Janet stuck.

7. Jameela Jamil had only ever kissed six people before the show 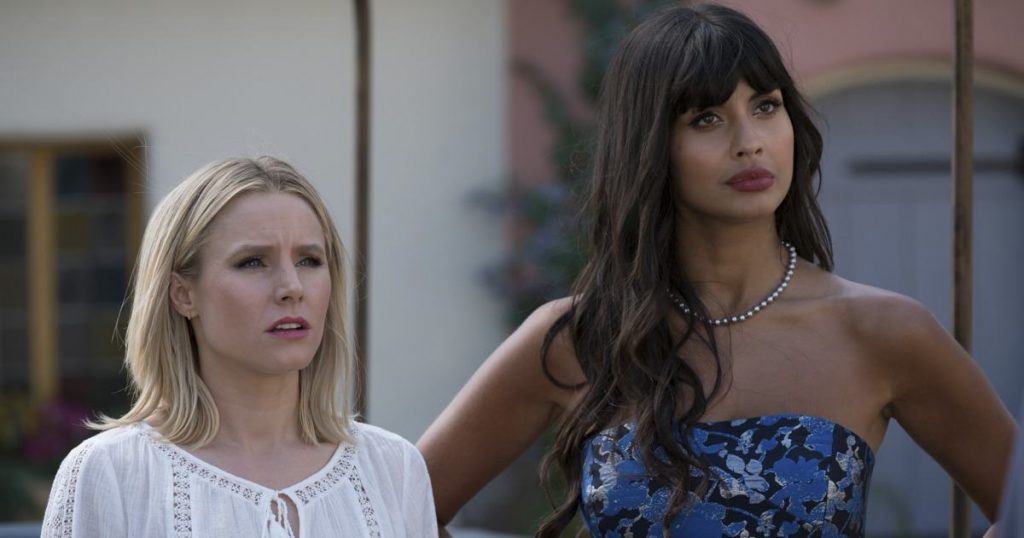 At Comic-Con, Jameela Jamil, the actress behind Tahani, admitted that Manny Jacinto (Jason) was only the seventh person she’d ever kissed.

“He’s my seventh ever kiss because no one kissed me until I was 21,” she said. “[And] though he’s contractually obliged to kiss me on camera, I’ve still counted it in my number.” Funnily enough, Jameela was also Manny’s seventh kiss.

In the first season of The Good Place, the neighbourhood is full of frozen yogurt places, because nobody really likes frozen yoghurt…do they?

Anyway, all the frozen yoghurt you see them eating is not frozen yoghurt at all. It is actually mash potato. This is to stop it melting between takes.

5. Janet’s outfits are based on 1970s airline staff 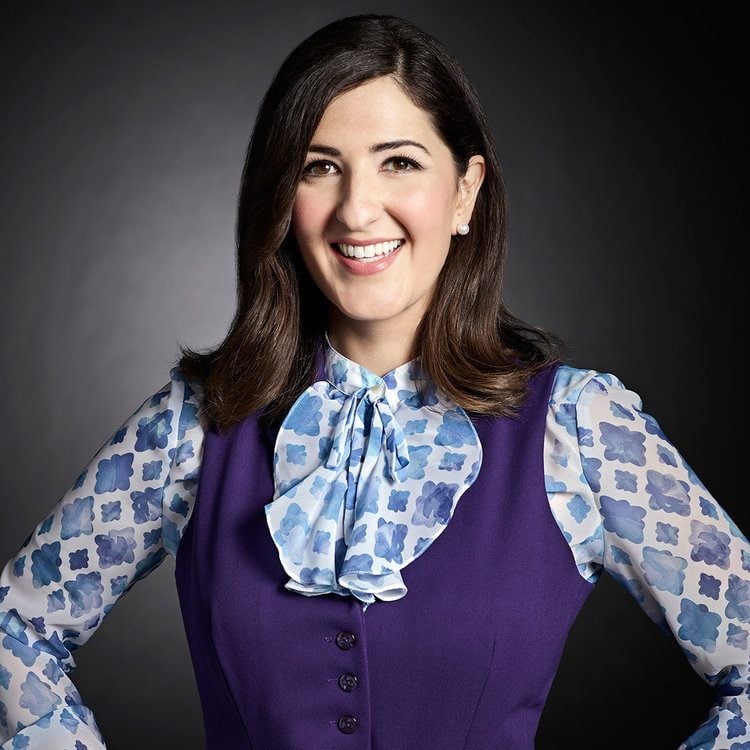 The show’s costume designer, Kirston Mann, has said that Janet’s unique style is based on outfits worn by female airline staffers in the 1970s.

“I used to fly by myself as a little kid to my grandparents,” Mann said, “and stewardesses seemed like these iconic figures to me. I kind of worshipped them as a four- and five-year-old, because they took care of me on the plane.” 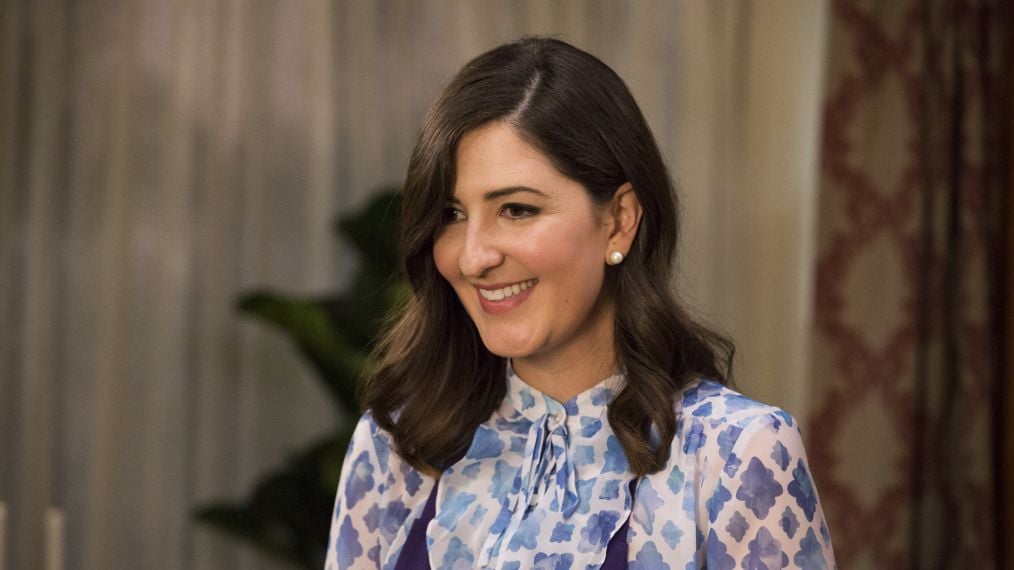 4. The show is inspired by Lost and The Leftovers 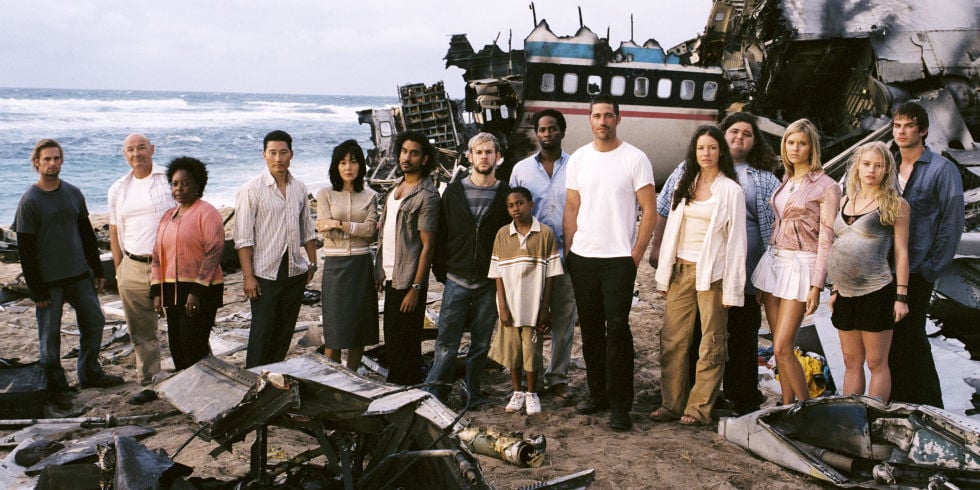 Remember Lost, that weird island-based time-warping drama that probably kicked off the modern intricate-plotted TV series phenomena? The Good Place draws a lot of inspiration from that and The Leftovers.

Michael Schur actually met up with Damon Lindelof, write and creator of both shows, and told him about his initial idea.

“Damon Lindelof saying, ‘This is something’ is the reason that show exists,” Schur said. 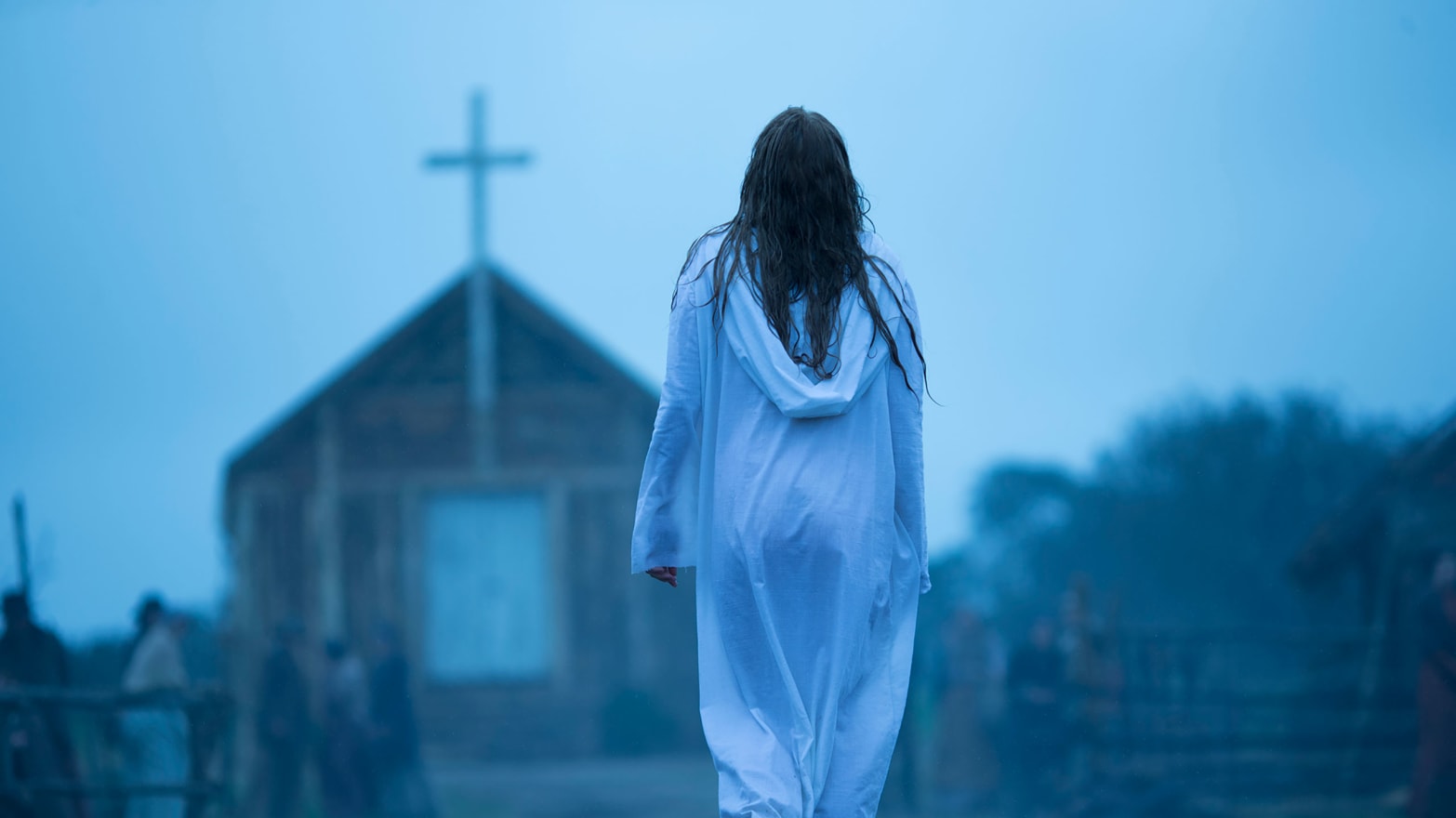 3. Janet used to have a last name

When the show was first announced, a press release said that D’Arcy Carden would be playing Janet Della-Denunzio.

It also said that she was a violin salesperson with a checkered past, which was obviously a huge lie to hide what she really was.

2. There was a lot of debate as to what Eleanor would write on the note

If for some strange reason you’re reading this, but haven’t got to the end of season one yet, now is your chance to turn back! Still with us? Cool!

You may remember that before being ‘re-booted,’ Eleanor writes a note to put in Janet’s mouth in order to help her remember what happens when their memories are wiped. The note says ‘find Chidi,’ but there was a lot of debate about this. Another option was to have it say ‘there are four of you.’ 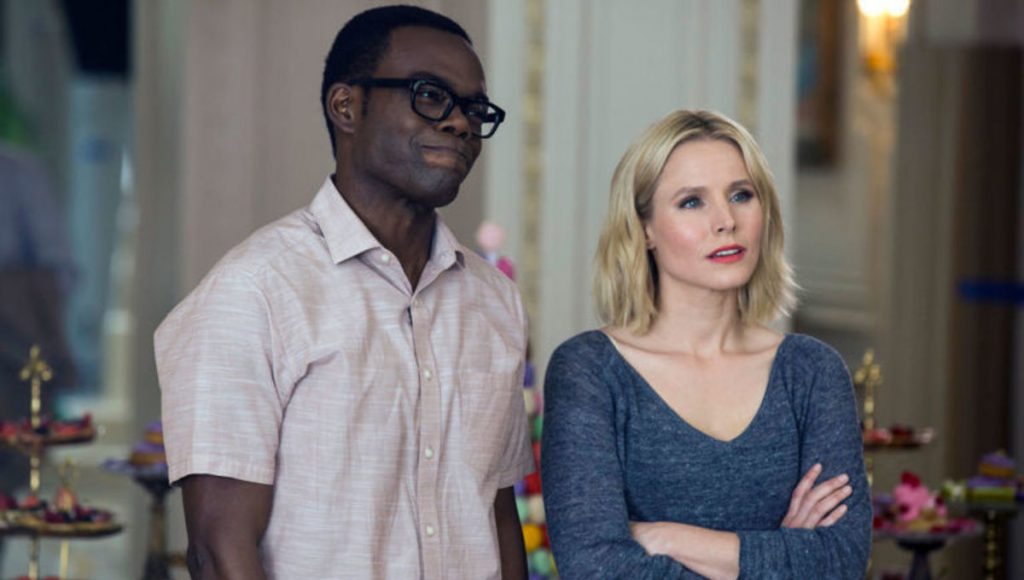 1. There is an advert for ‘Pirates of The Caribbean 6’ in the bad place. 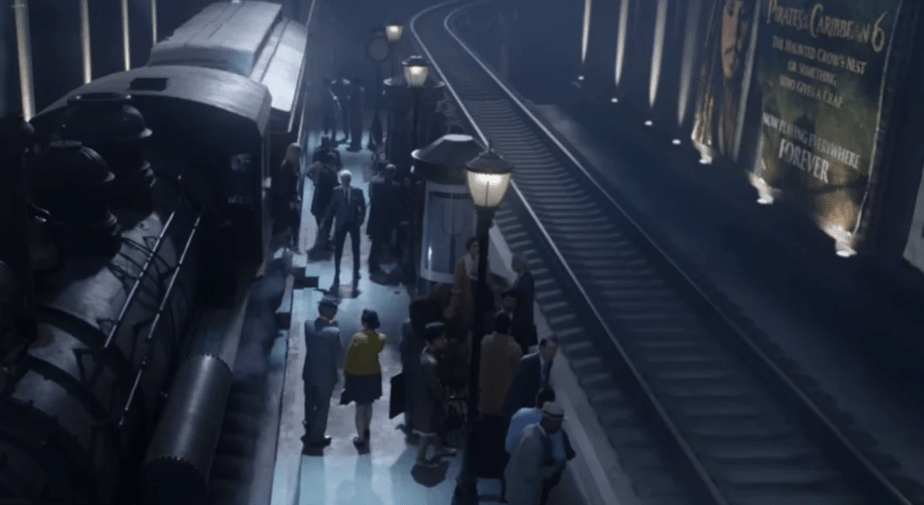 The ‘bad place’ is known for its torturous ways, and what’s more torturous than a sixth Pirates of The Caribbean film (there are currently five.)

The poster advertises the film as being called ‘Pirates of The Caribbean 6: The Haunted Crow’s Nest Or Something Who Gives A Crap,’ and is now showing ‘forever.’ 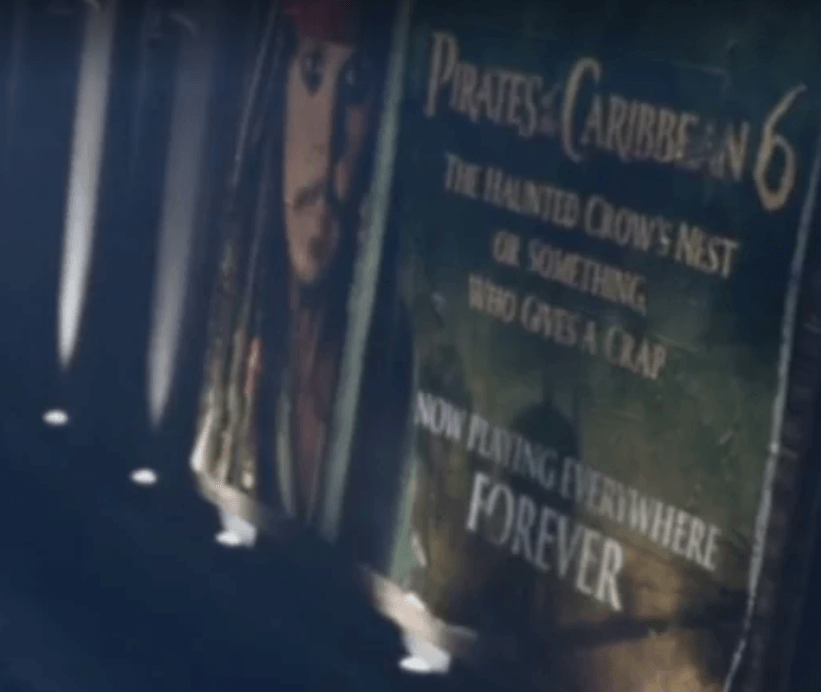