10 Things You Didn’t Know About The Crown

Historical television drama The Crown became one of Netflix’s most popular series when the first season premiered back in 2016. The series is set to span six seasons; depicting Queen Elizabeth’s life from a young princess, all the way through to the modern day. The series is set to change actors every two seasons, therefore we now have to bid farewell to Claire Foy (Queen Elizabeth), Matt Smith (Prince Philip) and Vanessa Kirby (Princess Margaret) who won over our hearts in the first two seasons.

If you’re a huge fan of the show and want to find out some insider secrets from the last two seasons, here are 10 things you probably didn’t know:

1. Claire Foy had to wear a corset

When Claire Foy began filming the first season of The Crown, she had just had a baby. 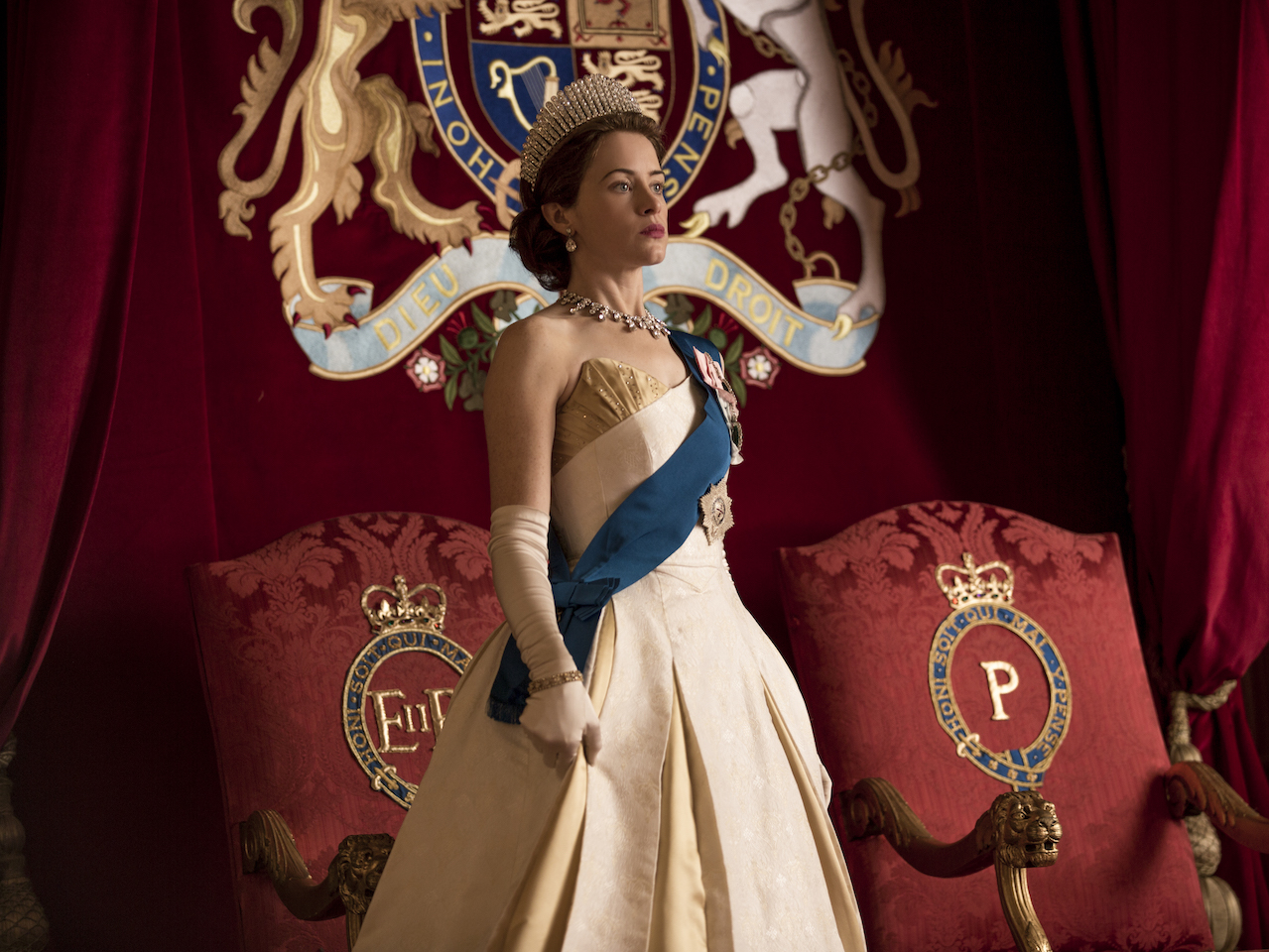 In an interview with Vanity Fair, the actress stated that she forced herself to wear the undergarment to help get into her character.

After the birth, Foy was five dress sizes bigger than usual 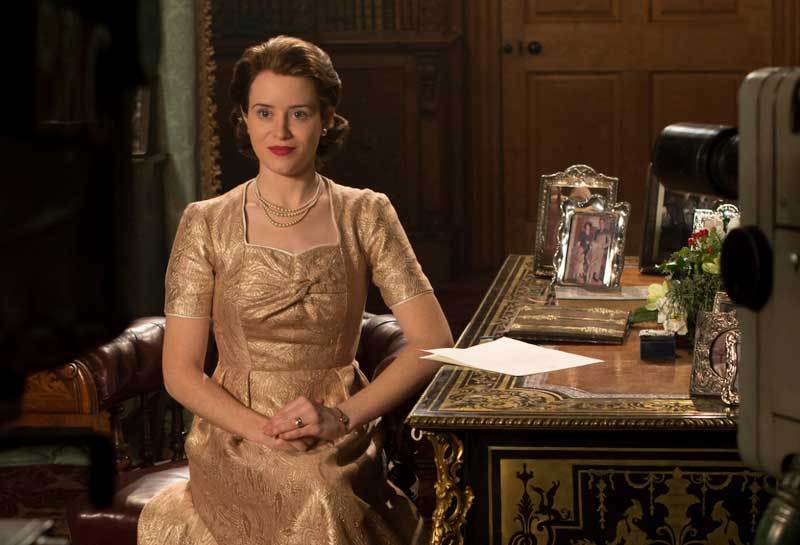 “I’d just had a baby when I started filming, so I had to wear a proper corset because I was about five dress sizes bigger than I normally am” she said.

But, she didn’t wear her corset in the second series 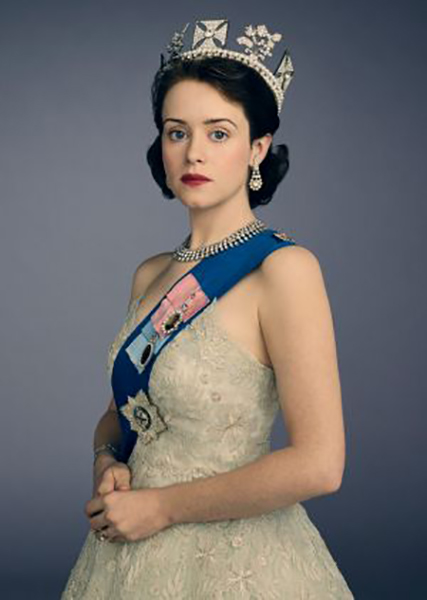 “The corset helps you not slouch. Now we’re doing the second series. I’m not wearing it anymore, but it stays with you, that posture, and being a lady.”

According to a few insiders, HRH actually tuned in to watch the first season – and she loved it.

Thank heavens for that – or it would be “off with their heads!” 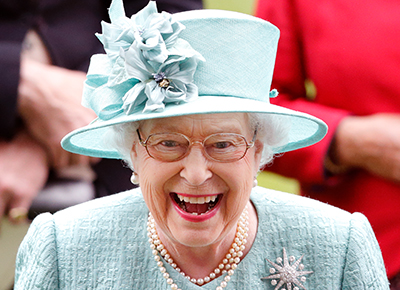 According to the Daily Express, she sat down to watch the show with her son, Prince Edward and his wife Sophie, the Countess of Wessex.

The Duke and Duchess of Wessex 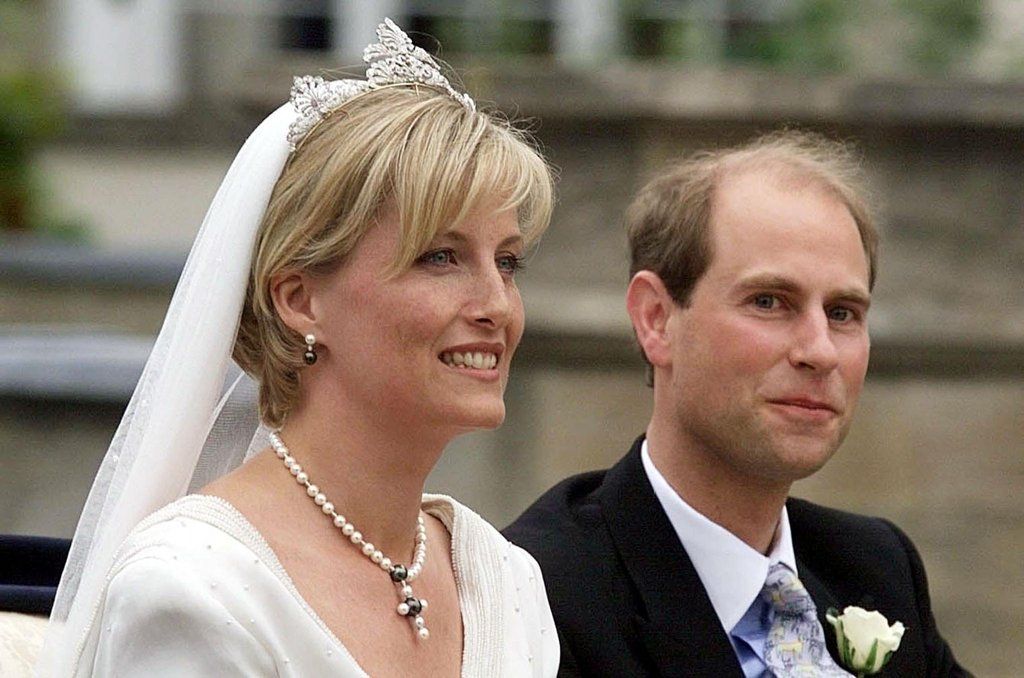 Yet, like most shows, the Queen wasn’t too impressed with the ‘overdramatization’ of some scenes.

So, the Queen has a Netflix account – as if!

On behalf of the newspaper, the source said: “They have a Netflix account and urged her to watch it with them. Happily, she really liked it”.

While the Queen may be thrilled with her personal life being on full display, Prince Philip, quite frankly, couldn’t care less.

No surprise there, then. 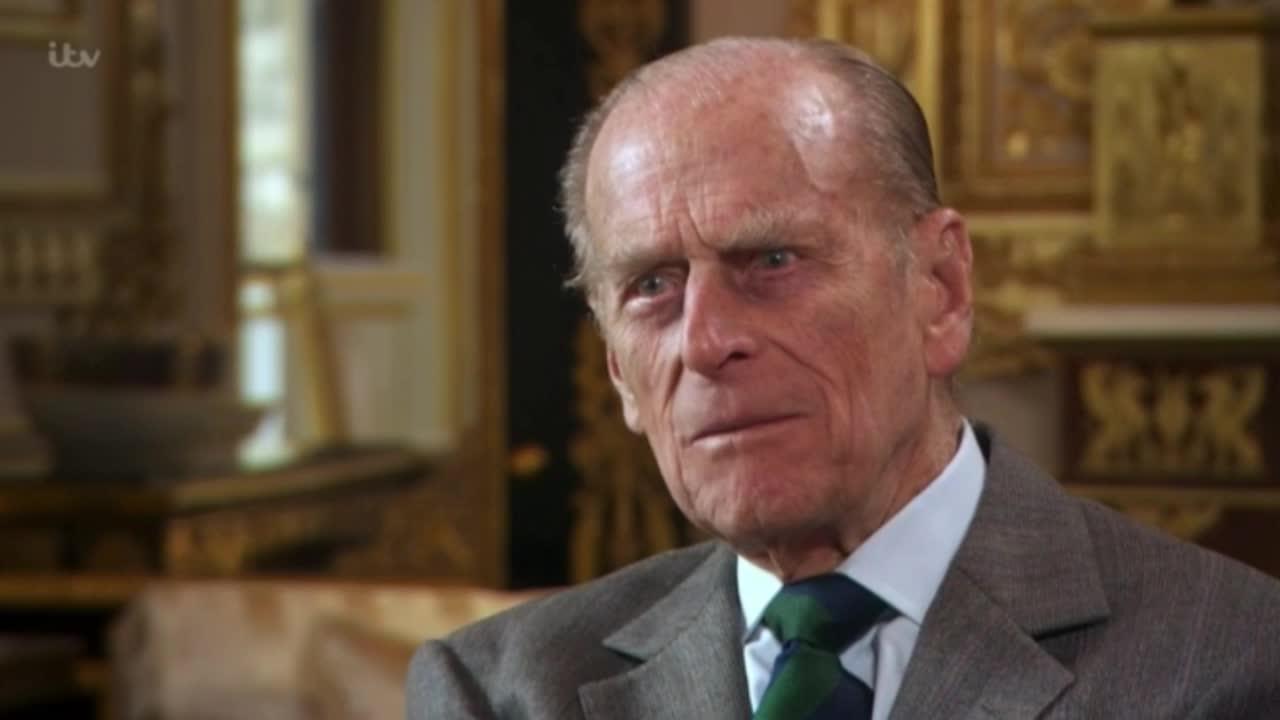 According to a friend of Matt Smith, Philip is so unimpressed, that he has refused to watch it. 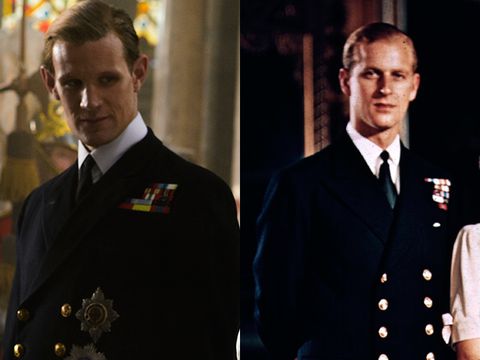 The friend of Smith asked HRH: Philip, I’m just wondering, because I have some friends who made The Crown, have you watched any?”

Prince Philip as a young man

His answer? “Don’t be ridiculous.” Would we expect anything less? Absolutely not.

4.  The series was a huge expense

So, if you’re thinking to yourself ‘Gosh, that all looks very posh and expensive’ – you’d be right. 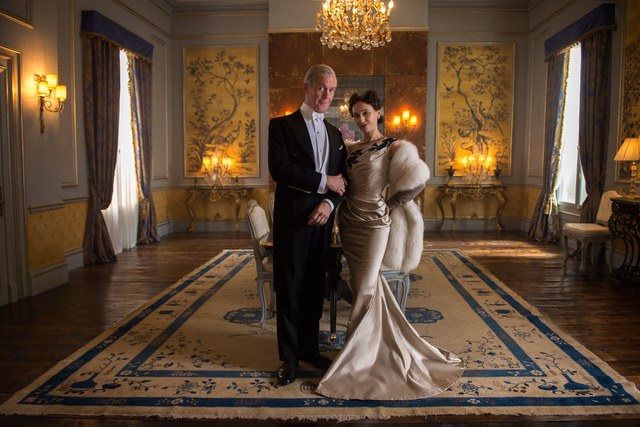 Most shows cost an eye-watering amount of cash to make, but The Crown is on a different level entirely.

One of the most impressive sets on The Crown 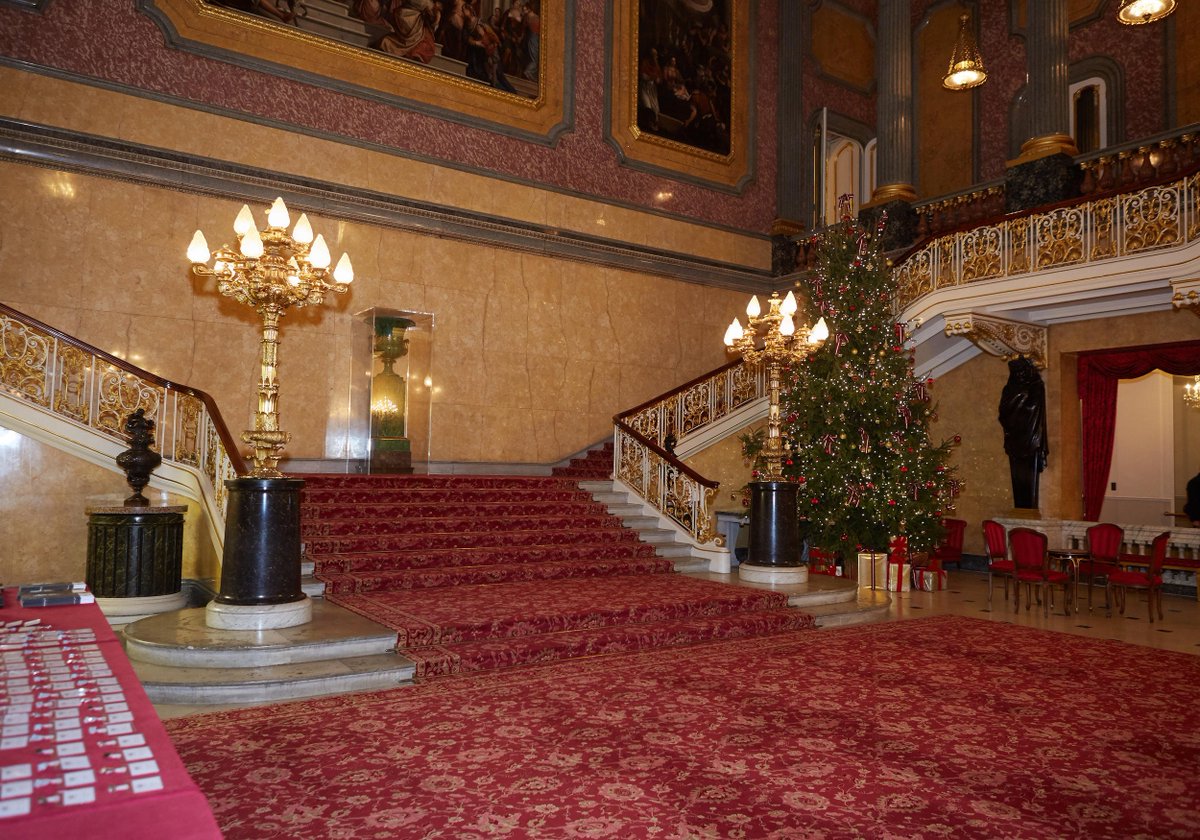 According to the BBC, the first two seasons alone cost a ridiculous £130 million to make. 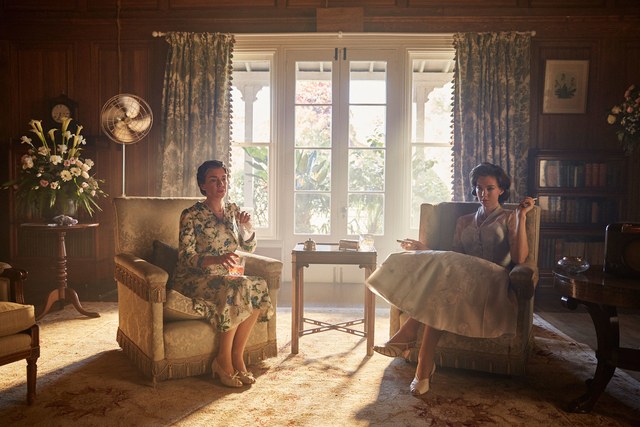 Or, in simple terms, up to £13 million for each episode. How can such an amount even be justified? All for our personal enjoyment, of course. Yikes.

5. The corgis are obsessed with cheese

It just wouldn’t be a true depiction of the royal household if it wasn’t for the corgis. 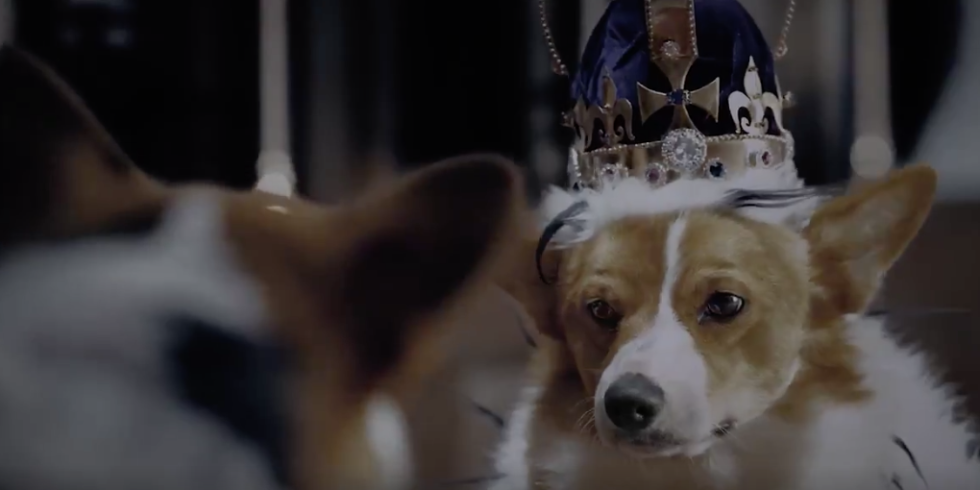 In fact, they were the true stars of the show and would often pop up in a vast selection of scenes to grab their couple of seconds of fame. 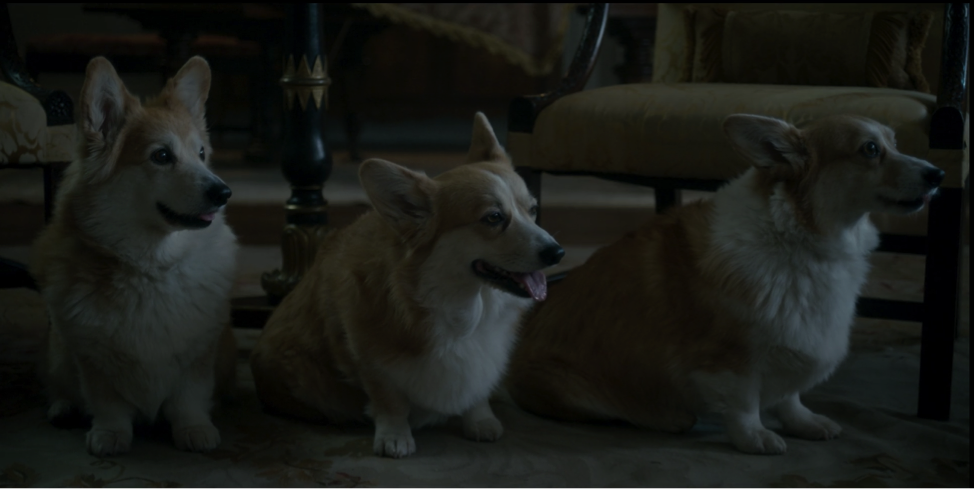 According to Claire Foy, the little cuties were obsessed with one thing in particular – cheese.

Who can blame them? Everyone loves cheese, right? 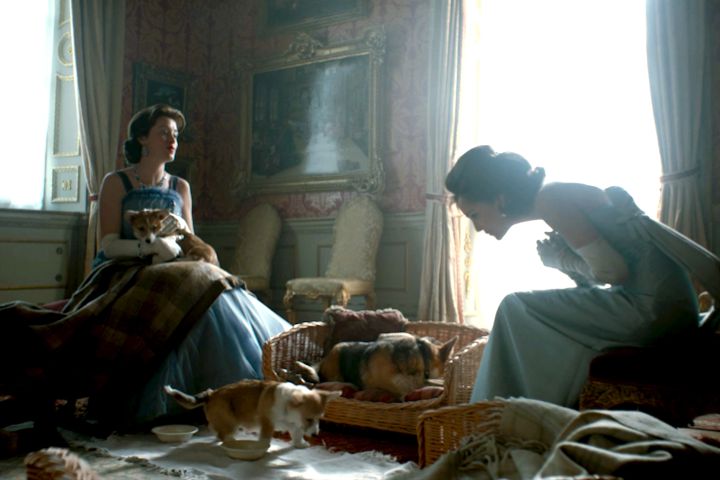 In an interview with Vanity Fair, the actress said: “These corgis are cheesed up to the max—they’re eating like a whole block of cheddar every day. It’s scary.”

6. Matt Smith had to wear a wig

Now, you probably don’t consider men wearing wigs for their roles, but this was what happened in Matt Smith’s case. 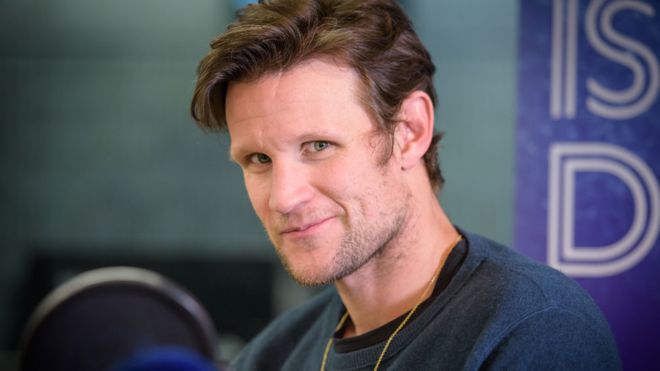 The actor was made to change his appearance to appear more Prince Philip-like.

Here’s the proof – Matt wearing a wig cap on set 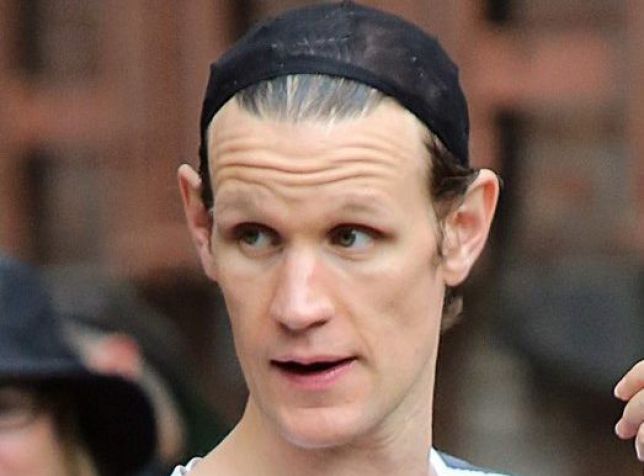 A natural brunette, he wore a blonde wig that to achieve the exact likeness of the royal at this moment in history.

…and voila! The finished result 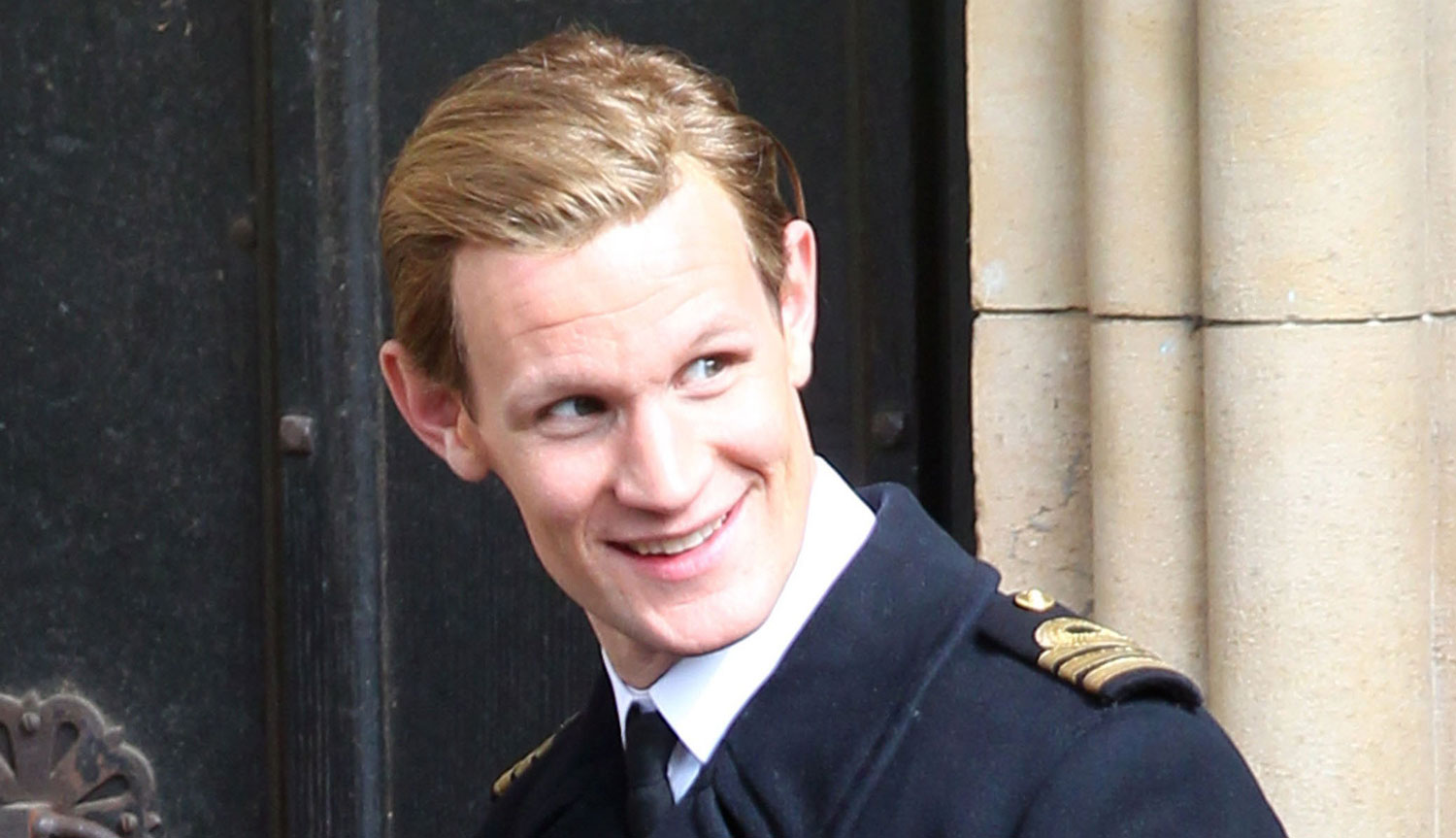 Hair and make-up artist, Ivana Primora told Deadline: “Matt Smith’s not a blond, so we tried to get as close to the real characters as we possibly could.”

Now it may seem a bit OTT by anyone’s standards, but according to the actor himself, he had a near-death experience whilst filming.

How, you may be asking? 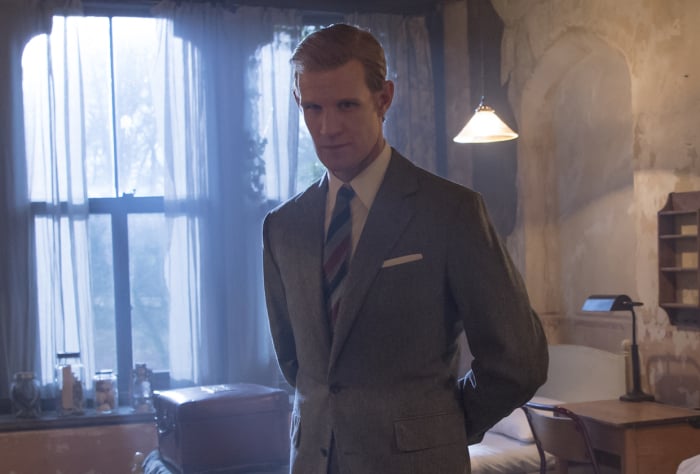 Smith made an appearance on The Graham Norton show and revealed the moment in which he saw his life flash before his eyes.

‘The horses were getting a bit frisky’ was his answer 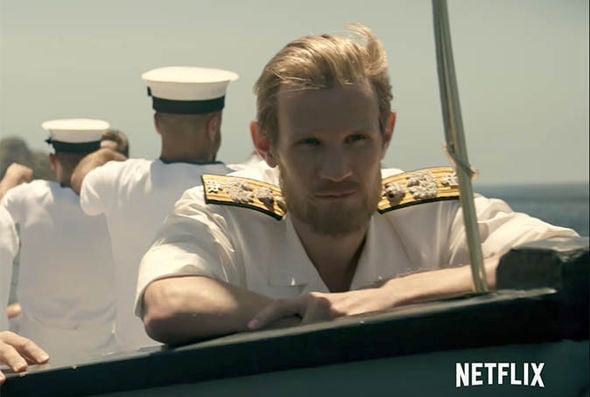 “In my stupidity, I got on the horse and cantered around and then it just went” he continued. 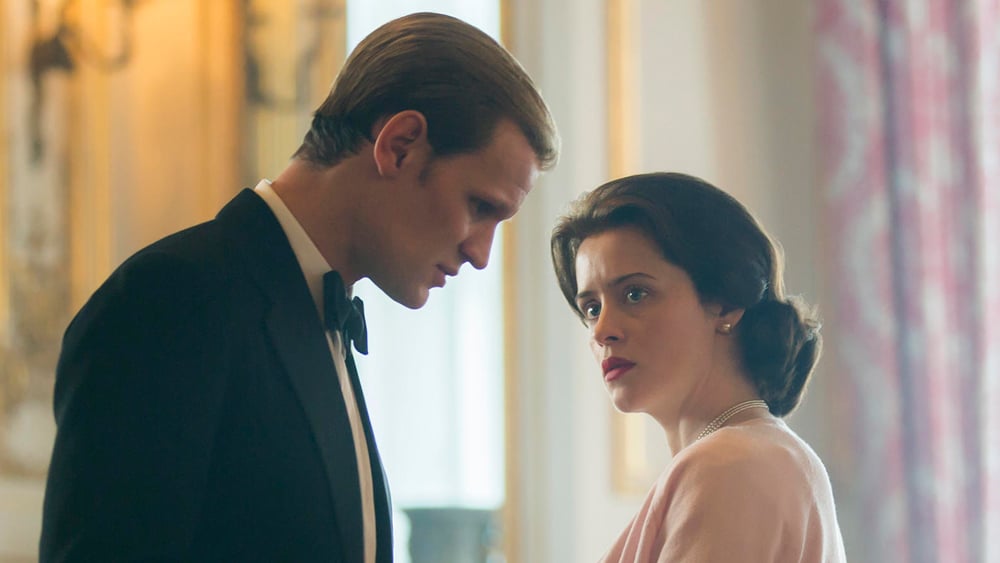 “I tried to grab a branch and everyone was shouting, ‘Oh my God, don’t grab the branch!’ So I went under the branch and then down a ravine.”

8. John Lithgow did something strange to get into Winston Churchill’s character

Actors are known to have their own methods of getting into character, however, John Lithgow had his very own technique that certainly raised a few eyebrows. 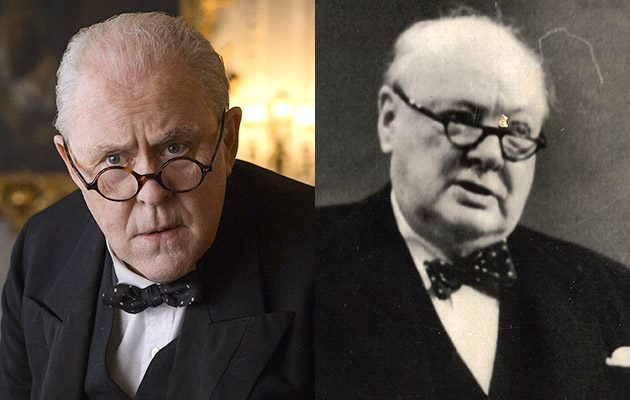 Before every scene started rolling, Lithgow would stuff his nose with loads of cotton wool. 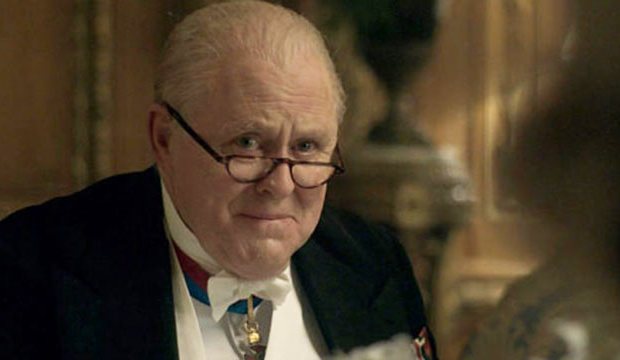 A bit of an odd habit you may say? Well, there was a very good reason for this. He wanted to copy Churchill’s nasally voice the best he could. 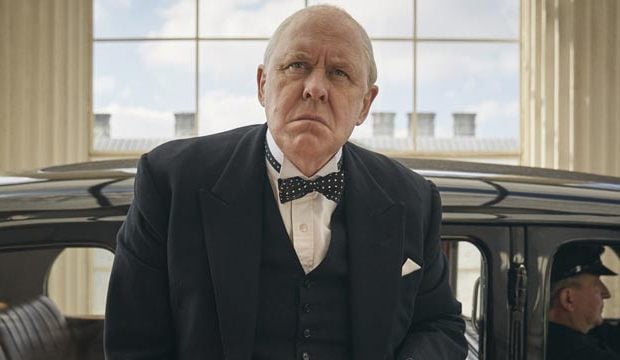 In an interview with USA Today, the actor said: “It was rather repulsive watching me pluck cotton out of my nose after every scene, but they just had to put up with it”.

9. No scenes were filmed in Buckingham Palace

Although the majority of the scenes are shown to be held in Buckingham Palace, no filming actually took place there.

Sorry to crush your dreams 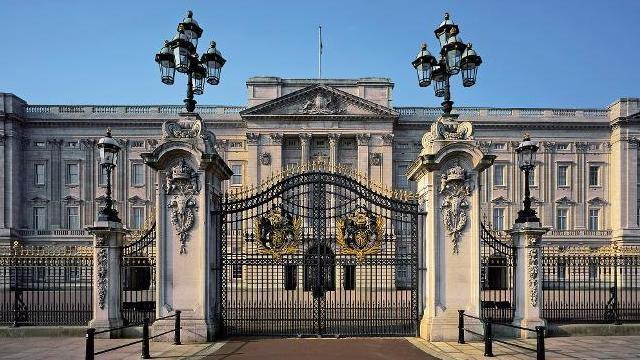 It may come as a surprise to learn this, but then I don’t think the Queen would be too pleased with cameramen running around her humble abode.

However, there are many likenesses to the real palace within the set 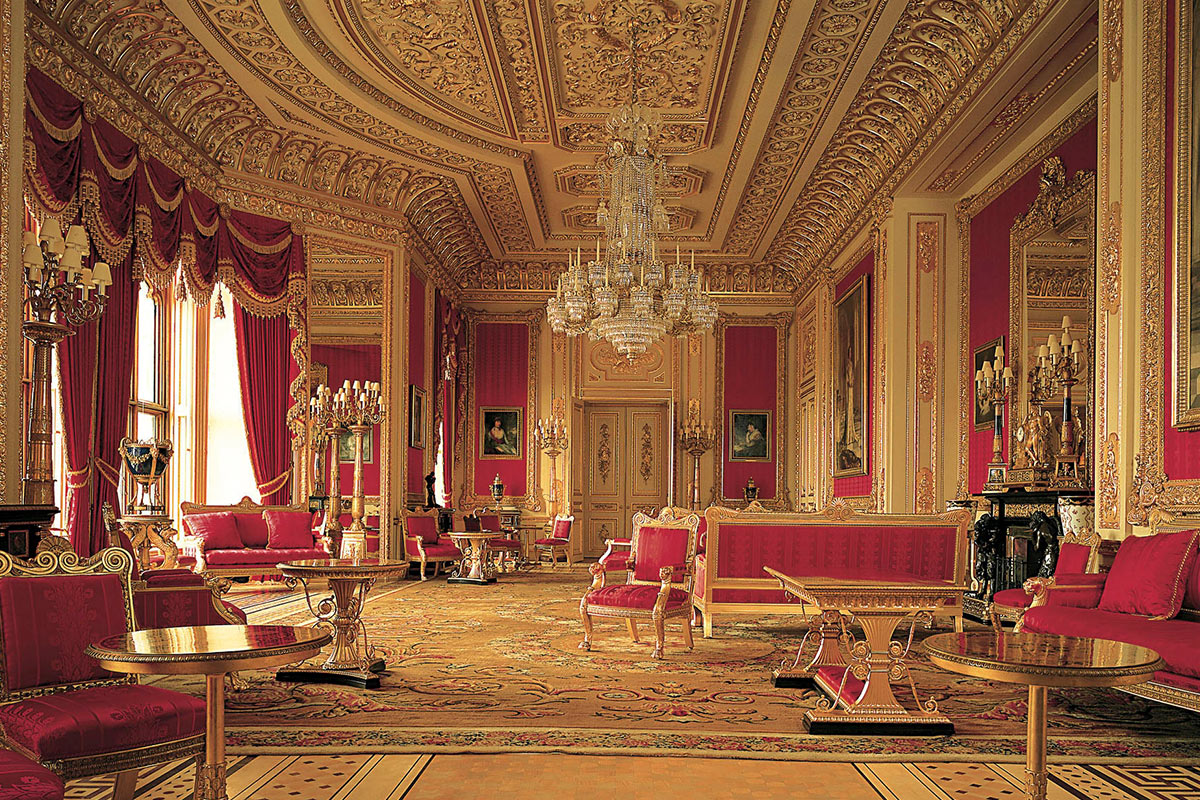 Apparently, producers of the show spent hours walking around the real palace to gain some inspiration.

The dining room at Buckingham Palace 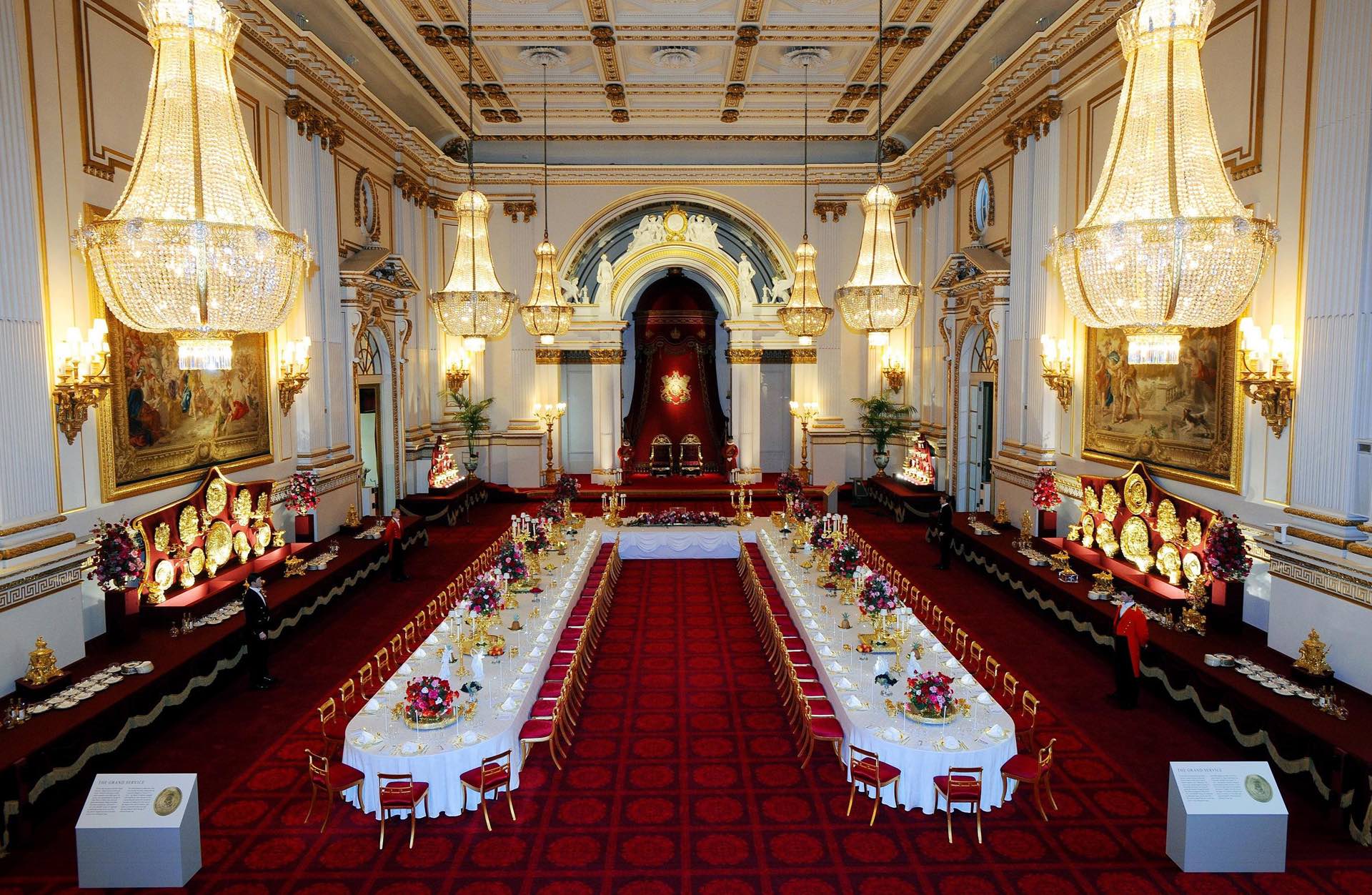 They would join general tours, only for members of the public to look strangely at them, with no clue what they were actually up to.

10. The show is set to last six seasons

Two seasons have already been created, but producers expect the show to last up to six seasons.

Yippee! So, we have another four seasons to binge-watch 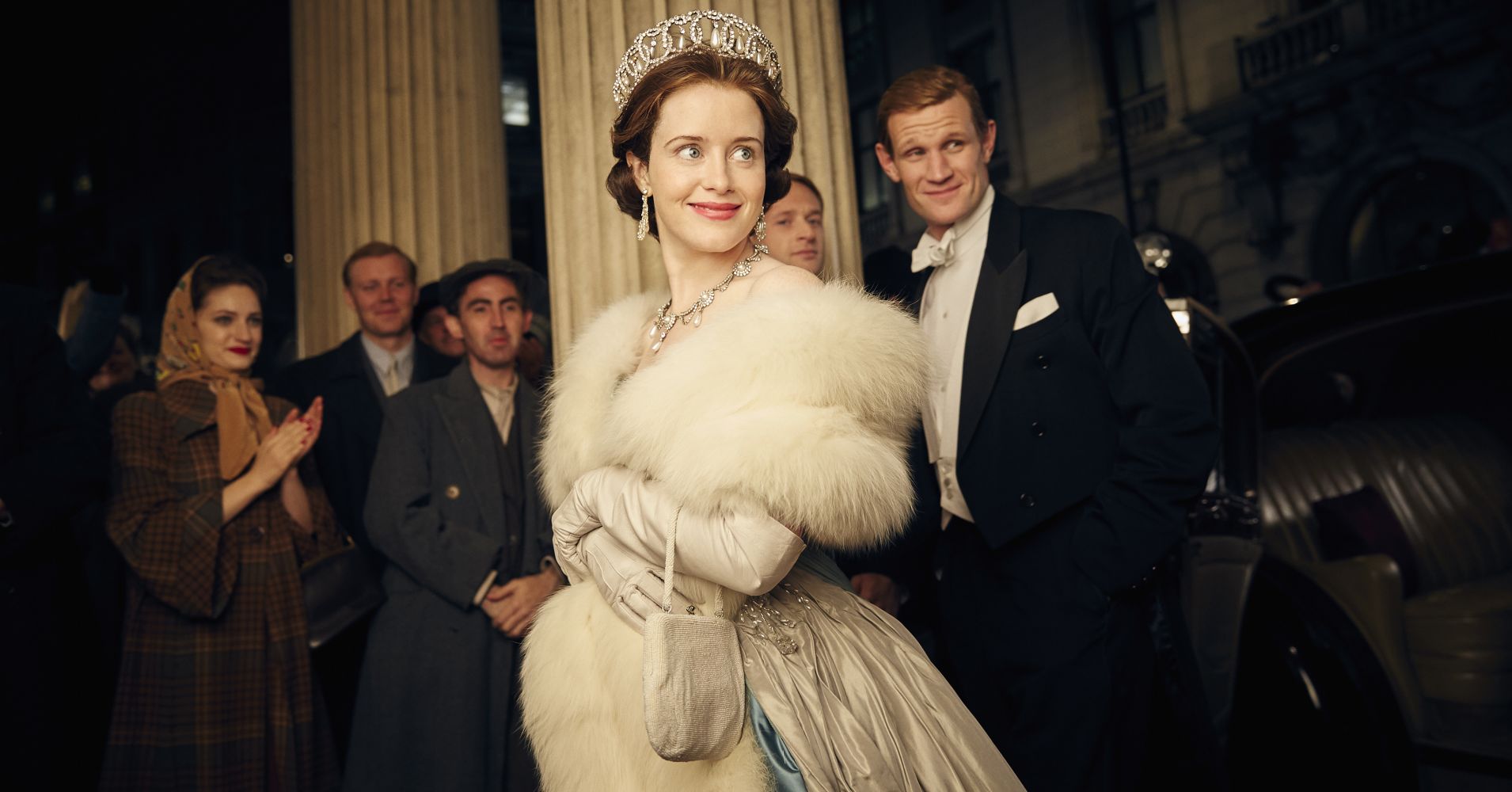 Before the first season was created, bosses had to come up with a 60-hour pitch to even be considered.

It’s time to say cheerio to the old cast members… 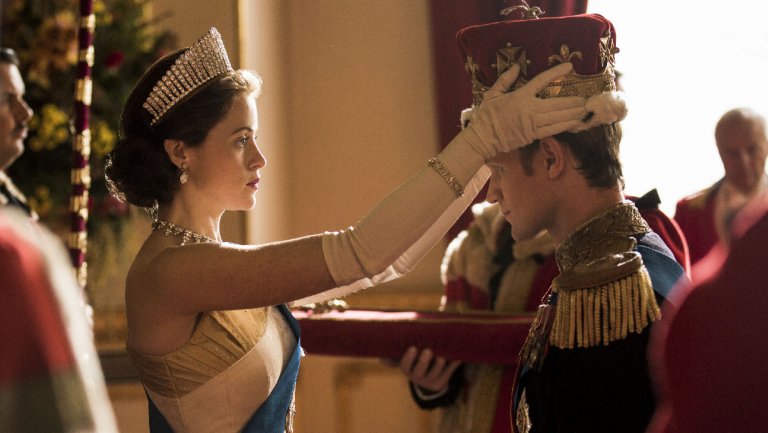 We are expected to see the young Queen from her early reign up until the present day. 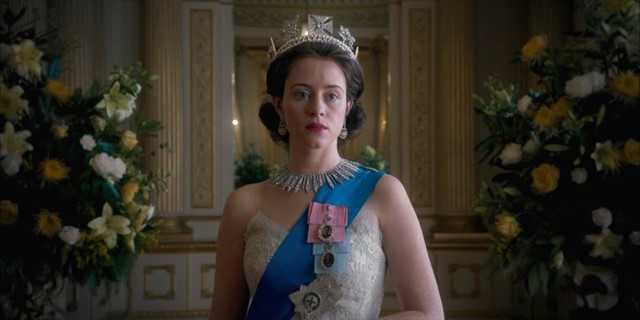 According to those in the production team, the show is expected to be released over an eight to ten year period – how exciting is that?