10. Ellen Pompeo only earned $200 an episode in the first season

When Ellen Pompeo began to

When Ellen Pompeo—also known as Meredith Grey on the show—first began filming the show in 2005, she was making a shockingly low wage of $200 per episode. The show grew in popularity fairly quickly, amassing a large number of fans in no time. 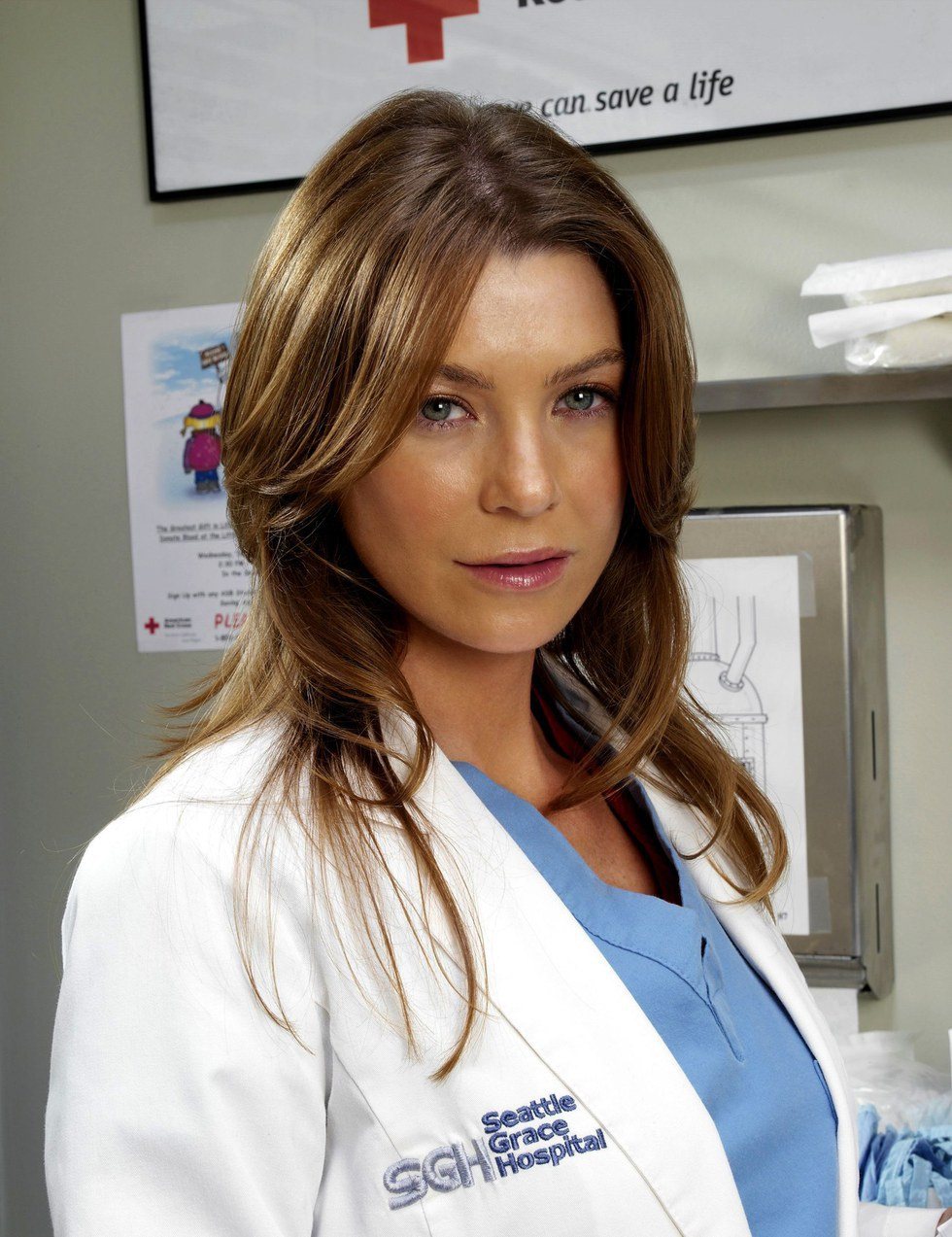 While Pompeo was no stranger to acting, this television show was her first real big break with a starring role. After 14 seasons of production, it has been reported that Pompeo has been pulling in more than $350,000 per episode. 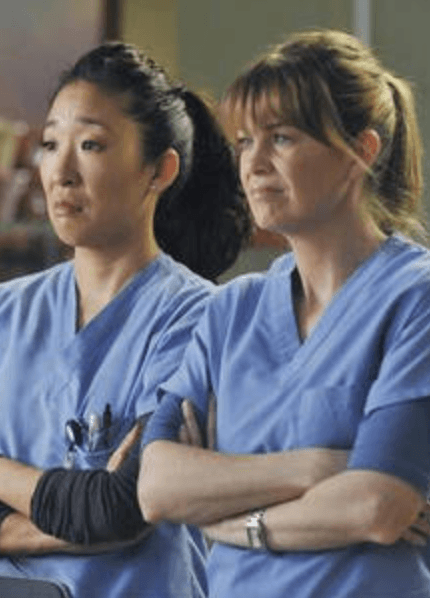 We aren’t actors or actresses, but that kind of pay change over time—which ends up being a 1000% increase—doesn’t sound too shabby to us. We’re sure she works hard at her job and fans love her work. Pompeo should be proud. 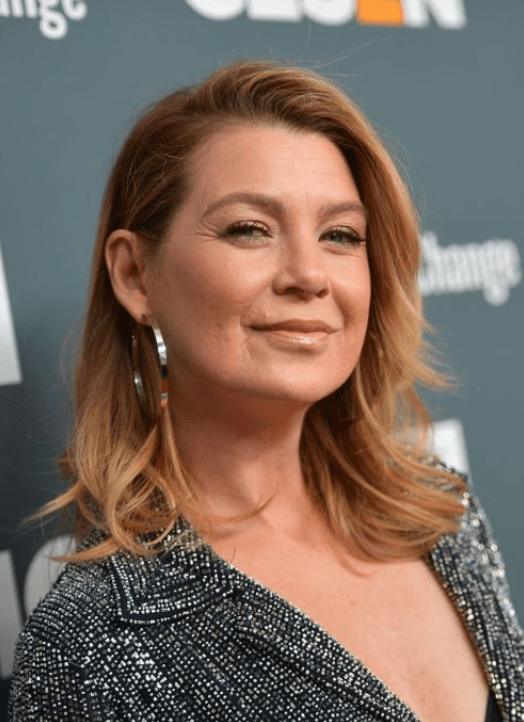 9. Katherine Heigl was a nightmare to work with

Stories have started coming out about the behavior of Katherine Heigl on movie sets and, evidently, television show sets as well. Heigl played Izzie Stevens for the first six seasons of the show. Sources revealed that Heigl was constantly questioning the script writing and would demonstrate even more diva behavior with ridiculous wardrobe demands and throwing fits that would end up with her refusing to leave her trailer.

Grey’s co-star, Ellen Pompeo, also accused Heigl of having a big head and thinking she would become bigger than the show ever would be. Heigl has said she has heard the rumors too, but doesn’t think that there is anything wrong with the way she has acted. The countless people who have made these claims can’t all be wrong, can they?

In 2009, the website Gawker published a nude video to their website featuring Eric Dane (otherwise known as Dr. Mark Sloan to Grey’s fans), his wife Rebecca Gayheart and their friend Kari Anne Peniche.

Rather than being filled with steamy sex scenes, the video was 12 minutes of the three just hanging out together and discussing what their porn star names should be—with no clothes on. The couple sued the website and demanded the recording be removed. It was, but not before it went viral and had been seen by thousands. The stars of the video all appeared to be under the influence of something, with Gayheart remarking at one point that she “felt very high.” An attorney for the couple was quick to claim this was not a sex tape but a video made for the private viewing of his clients.

7. There are rumours swirling that Justin Chambers cheated on his wife with a co-star

In 2014, rumors began to swirl that actor Justin Chambers—who plays Dr. Alex Karev on the show—was engaging in a real-life affair with Camilla Luddington, who played his love interest Jo Wilson on the show. Chamber’s representatives were quick to call these allegations false, with reminders that Chambers has been happily married to his wife Keisha for 23 years, and that they have been raising their five children together.

The sources claimed that Chambers and Luddington were seen kissing and holding hands at a bar in Los Angeles. Dr. Karev was once a womanizer on the show. So, the rumors may not have seemed to be too far-fetched at one time to be true. He changed his ways on the show, though. So, we hope that the rumors were nothing more than just that and not what really happened.

6. And apparently Patrick Dempsey is also guilty of cheating on the set of Grey’s

It’s safe to say that most—if not all—fans of the show were absolutely shocked when Patrick Dempsey’s character (Derek Shepherd) was killed off the show at the end of season 11. There were multiple rumors swirling around the set of the show that the cause of his departure was due to the fact that he had an affair with a younger female intern who worked on the show.

Unnamed sources told tabloids that the affair caused things to become very emotional and messy on the set, creating problems all around. A representative for Dempsey denied the affair, but the fact that Dempsey’s wife filed for divorce after 15 years of marriage made it a little hard to believe Dempsey was innocent.

5. Kate Walsh used to be a popular runway model in Japan

In the 1980s, actress Kate Walsh—who played Dr. Addison Montgomery—was a runway model in Japan. Walsh originally went to live in the country to teach English as a second language to Japanese students. She was scouted originally because of her tall, slim frame and her beautiful face. She later stated she actually hated the time she had spent modeling in that country.

Walsh’s tall frame made it difficult to find clothes that fit her the right way. She claimed she did a bridal show and a ski wear show, but every outfit was too tight and uncomfortable. Almost all the outfits she tried on just made her feel like a giant. Apparently, Walsh is better suited to act on camera, instead of just walking around being a pretty face.

4. The show will only end when Ellen Pompeo decides to retire

Grey’s Anatomy has produced over 300 episodes and 14 seasons so far. That is a lot of screen time for any popular show and, like all good things, it must come to an end sometime. Fans of the show clearly hope that won’t happen anytime soon, and as of now, there is no need for them to worry about this story ending yet.

Supposedly, creator Shonda Rhimes has stated that Grey’s Anatomy will continue as long as star Ellen Pompeo wants to remain a star.

It has also been reported that Pompeo has made remarks indicating that once Grey’s is finished, she will quit acting altogether. We are sure fans of the show are counting on the fact that Pompeo wants to keep Meredith—and Grey’s—alive as long as possible.

3. Sara Ramirez got to pick a role on any ABC show that she wanted…and she chose Grey’s!

This is a dream scenario for any budding actor.

It turns out that Sara Ramirez got to cherry pick her role as Calliope “Callie” Torres. Because some of the top ABC executives absolutely loved Ramirez’s performance in Spamalot, they told her she could choose a role on any ABC show that she wanted.

Since Ramirez was a huge fan of Grey’s Anatomy, so that was the show she chose to appear on. Since most actors and actresses have to go through a process of auditions to appear on a show that they are eyeing, it is pretty impressive that those executives wanted that specific actress so badly.

2. Eric Dane had to check himself into rehab due to substance abuse issues

In 2011, fans were surprised to hear that Eric Dane voluntarily checked himself into a rehab clinic to overcome his addiction to prescription pain pills.

Dane suffered a sports injury during a hiatus on the show and became addicted to the medication he used to control the pain he experienced while recovering from the injury. Dane reportedly said he felt he needed to jump at the chance to get some help quickly because filming was about to resume for Grey’s Anatomy and his wife—actress Rebecca Gayheart—was expecting the couple’s second child.

Dane successfully completed his 30 days in the sober living community and was back to work at the fictional Seattle Grace Hospital shortly after.

It may be a well-known fact that the creator of Grey’s, Shonda Rhimes, has implanted a “no a**hole policy” on the set of her shows. This began when Rhimes started experiencing too much drama on the set and needed to put her foot down.

She has since stated she does not put up with nasty people and even went so far as to throw former cast member Katherine Heigl under the bus as well. When discussing her new show, Rhimes was quoted as saying, “There are no Heigls in this situation.” While it wasn’t a secret Heigl is a difficult celebrity to work with, it is still a tad shocking Rhimes would call her out by name the way she did. Maybe after hearing that, Heigl will finally change her diva ways.

Shonda Rhimes, however, doesn’t pull any punches when it comes to killing off characters on any of her hit shows. While refusing to give any specific names, Rhimes has admitted to the fact that she will not hesitate to kill a character off of any one of her popular shows if she doesn’t like the particular actor that is playing the part. Rhimes won’t specify, but due to well-known deaths of characters on Grey’s, we can only assume she has butted heads with more than just a few famous faces.