10 Things You Didn’t Know About The Bee Gees

So far all we really know about the Bee Gees is that they all had great hair and teeth, they created the soundtrack for ‘Saturday Night Fever’ (and therein were responsible for the best dance track in history), they were Australian (kind of), they were all closely related to one another and the lead singer sung in a voice which often sounded like he’d had an unfortunate coming together of the trouser department and a workshop vice.

Oh, and they communicated with each other via the language of Jive.

But apparently there was much more than just this to The Bee Gees story, which is why I’ve dedicated this post to getting to the (bell) bottom(s) of just who, what, when, why, which and indeed, how the Bee Gees were. 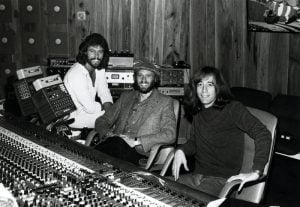 Universally acknowledged as one of the most successful vocal groups in the rock and roll hall of fame.

This was in recognition of them shifting some 200 million albums alone; together with defining the 1970s disco era, courtesy of their unique falsetto harmonies and funky beats. 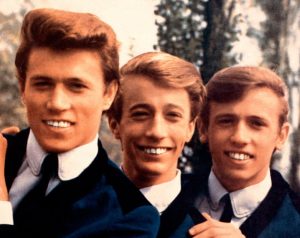 10. Stayin’ Alive. Or Rather, Paint Free

Few people know this, but one of the brothers Gibb (the late, Maurice), was a champion paintball player. So enamoured of the sport, he even formed his own team called ‘The Royal Rat Rangers’, with a nod to the CBE he had bagged for his services to entertainment. 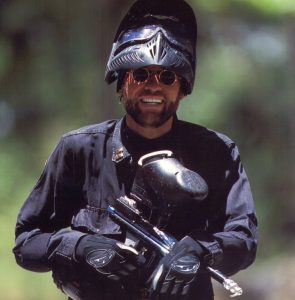 Requesting that his team mates refer to him as ‘Commander Mo’, Maurice even had his own paintball equipment store situated in North Miami Beach.

And yes, you guessed it. The name hanging above the door was ‘Commander Mo’s Paintball Shop’.

9. You Should Be Dancing. Not Drinking

Sadly it wasn’t just paintballing that Maurice took a shine to and proved himself adept at. According to those around him he was also rather dedicated to alcohol for a period. The period which involved him being married to Scottish pop star, Lulu. 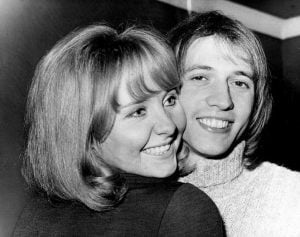 Ultimately his heavy drinking cost Maurice his marriage to Lulu, although this wasn’t necessarily the lowest point during the drink-affected chapter in his life. That arrived when he allegedly pulled a gun on his second wife in the aftermath of a month-long bender.

8. The Beatles Influenced The Bee Gees. But Not in a Good Way

Well, one in particular and with direct regards to his leisure activity. Following on from above, it’s common knowledge that John Lennon was responsible for introducing Maurice Gibb to his first alcoholic beverage, having bought him a whiskey and coke. 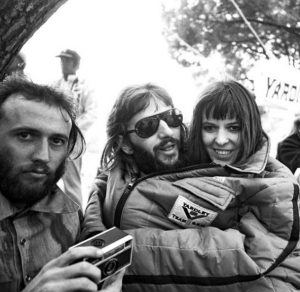 And sometime shortly after this baptism of fire, Maurice ended up regularly going out on the lash with Lennon’s Beatles bandmate (and fellow tippler), Ringo Starr.

Another one of those pearls you hear about pop stars every once in a while (more so in the age of Google), centres around the Bee Gees living at an airport. Yes, an actual airport. Where planes take off and land. 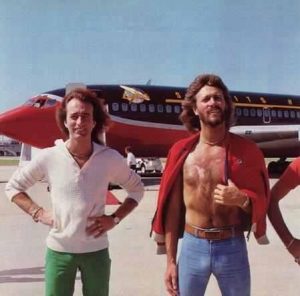 You see on arriving in Brisbane (on a flight from Manchester), the Gibb siblings found themselves residing in one of it poorest suburbs, Cribb Island. Which soon afterwards was raised to the ground and replaced by what became Brisbane Airport. So when I say they lived in an airport, it wasn’t quite in the Tom Hanks sense; but it’s a good story nevertheless.

The Youngest of the three Gibb siblings, the late Robin survived what is recorded in history as being the UK’s sixth worst train disaster.

Travelling with his fiancé, Molly at the time, the couple were aboard a Sunday evening express service from Hastings to London in 1967 when carriages struck a bridge and caused the train to derail. 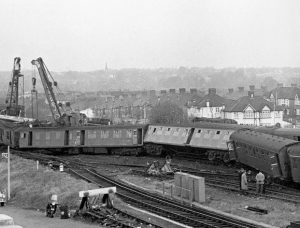 Robin saved both his and his wife-to-be Molly’s lives after pulling them both through a smashed window and making their escape from the wreckage, relatively unscathed. Tragically 49 other passengers weren’t so lucky and lost their lives in the disaster.

When not saving both his own and his soon-to-be wife’s skin, Robin Gibb was potentially putting lives IN danger, conversely. Although a long time before becoming famous and as a troublesome young lad growing up in 1950s Manchester, before his family upped sticks and emigrated to Australia. 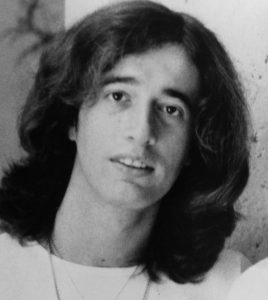 The sorry tale which has been regaled often in the intervening years tells of a time when Robin would set fire to pyjamas and advertising hoardings with matches, just for the hell of it.

Dubbed a ‘firebug’ by his concerned mum, such instances didn’t go unnoticed/reported by the local constabulary; who suggested that the family move to Australia. Bit extreme, possibly, but then this was the late 1950s when pyromaniacal tendencies were frowned upon.

4. How Deep Is Your Love. Well, It Must Have Been Very Deep To Risk An Allergic Reaction

The Bee Gee’s much-anticipated 6th album was released in 1969, and entitled ‘Odessa’. Nothing particularly stands out about that, other than the underlying fact that the elaborate packaging material triggered allergic reactions at the factory where the LP was pressed. 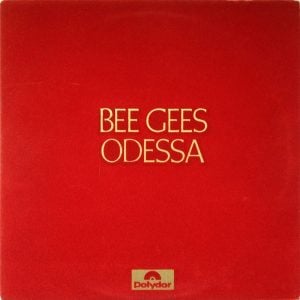 The cover sleeves was crafted from red, flocked felt and embossed with gold lettering, yet there was something within the material’s ingredients which resulted in a number of worker observing allergic reactions after handling the goods.

Subsequently the design was discontinued; although this had as much to do with escalating production costs as much as people coming out in hives, I gather. That said, time is a great healer and in 2009 the LP was re-issued in deluxe CD form, along with the fuzzy felt cover.

Back in 1978 sales of the Bee Gees records accounted for a staggering 2% of the entire record industry at the time. That mind-boggling stat appeared in the book, ‘Yeah! Yeah! Yeah!: The Story of Pop Music. 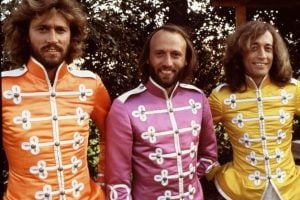 Essentially – and by way of a quick bit of counting on my fingers – this meant that 1 in every 50 dollars spent in the record industry was spunked on Bee Gees products in ’78. And when imagining the sheer scale of the global recording industry, that’s simply an incredible feat.

Back to Robin again though, briefly, and this time we learn how as a 19-year old the youngest of the Gibb triumvirate decided he wanted to make a film about a man with an underwear bomb, called ‘Family Tree’. Which to my mind sounds suspiciously like he too had been spending too much time in the company of The Beatles in the run up to the release of their ‘Yellow Submarine’ LP. Call it a hunch. 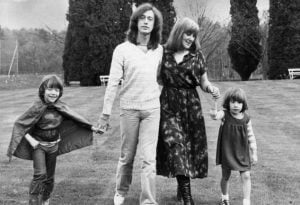 In 1969 an adamant Robin declared ; “I’m making my own film called ‘Family Tree’. It involves a man, John Family, whose grandfather is caught trying to blow up Trafalgar Square with a homemade bomb wrapped in underwear.” But then if you thought that was a bit bonkers, wait till you hear about Robin’s next hair-brained scheme. The one which NME magazine proclaimed would involve him ‘fronting a 97-piece orchestra and 60-piece choir to compose a piece inspired by the moon landing.’

1. When The Night Fevers Eventually Passed…..

Sadly ‘disco’ had become a dirty word by the advent of the 1980s, and with it the popularity of the Bee Gees appeared to be on the wane. However they might have initially resigned themselves to that depressing thought, yet as it transpired the opposite happened. OK, the Bee Gees disappeared from in front of the camera, yet they certainly hadn’t journeyed too far. 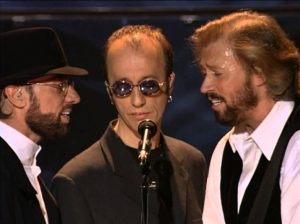 No, the Bee Gees carved out another career buoyed by the seeming demand for the brothers’ song-writing skills and experience. Thereafter they were responsible for penning a string of massive chart hits for the likes of Barbara Streisand (Number 1 with ‘Woman in Love’), Dione Warwick (‘Heartbreaker’, which crashed the Top 10 in 1982), Kenny Rogers and Dolly Parton’s Number 1, ‘Islands in the Stream’ (No. 1) and Diana Ross’ 1985 chart-topper, ‘Chain Reaction’.