This is the film that started it all off. Star Wars: Episode IV – A New Hope was first released in 1977 and quickly became the highest-grossing film of all time.

Movie goers around the world were introduced to characters such as Luke Skywalker, Han Solo and Princess Leia – plus a whole host of droids, wookiees and other bizarre creatures. Surely even George Lucas couldn’t have predicted just how huge Star Wars would turn out to be?! 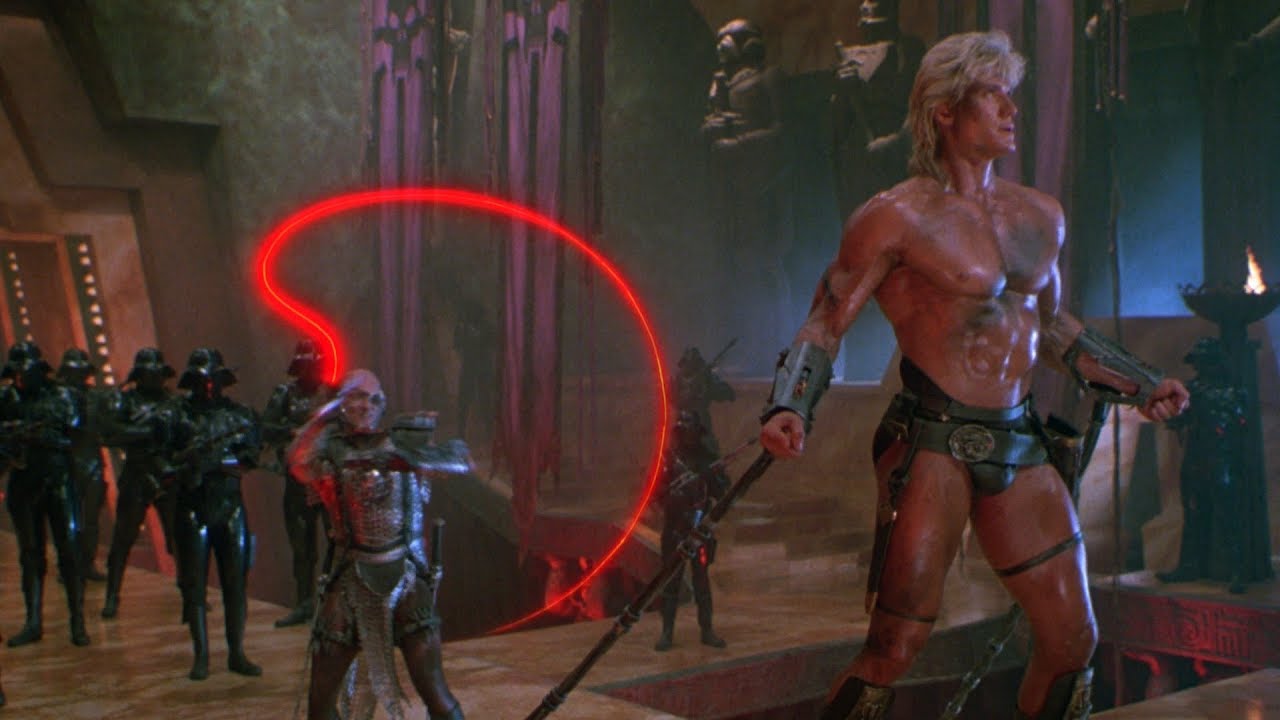 If you’re fed up of Disney sequels and spin-offs and just want to reminisce about the original classic trilogy, then this is the article for you. Scroll down the list below to find out why Mark Hamill burst a blood vessel in his face during filming, plus we reveal the dubious reason why George Lucas banned Carrie Fisher from wearing a bra!

10. The original title of the movie was absolutely ridiculous 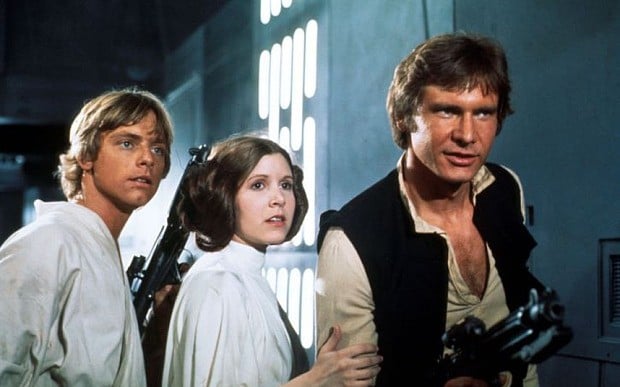 Star Wars is an iconic name, and by now everybody’s familiar with the format of each new movie title (even if they can be a bit of a mouthful sometimes!). But Star Wars: Episode IV – A New Hope originally had a very different name altogether. Apparently the title of the second draft of the movie was Adventures of the Starkiller as Taken from the Journal of the Whills, Saga I: The Star Wars.

Thank goodness somebody managed to talk George Lucas out of that one! 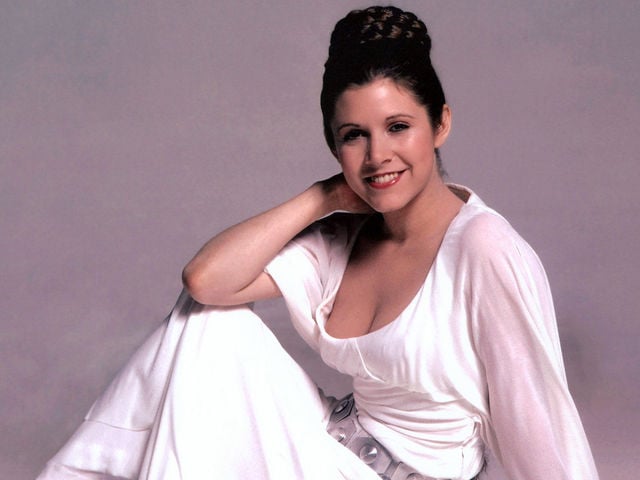 Like most female actresses out there, Carrie Fisher assumed that she’d be wearing her bra underneath her costume. But George Lucas clearly had other ideas! The director forbade Fisher from wearing her brassiere under the iconic white dress because he said that ‘there was no underwear in space’. Instead she had to tape her breasts down underneath her costume to cover them up. Ouch. Top marks to Lucas for his imaginative reason as to why Fisher was banned from wearing underwear during filming.

8. Lucas’ friend Terry McGovern made up the word ‘wookiee’ years before the film’s release 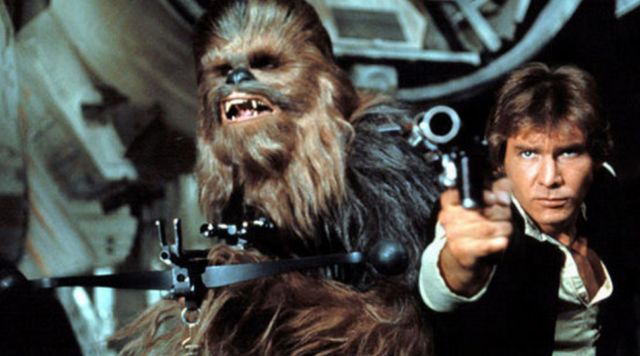 Chewbacca has to be everybody’s favourite tall, furry, crossbow-wielding friend. He’s a member of the wookiee race – humanoid creatures that originate from the planet Kashyyyk. In fact, the word ‘wookiee’ was invented years before Star Wars was even in the script phase. Lucas was driving with his friend Terry McGovern when McGovern said, “I think I ran over a wookiee back there.”

Lucas naturally asked what a wookiee was and his friend replied that he had just made up the word! This word clearly made a huge impression on Lucas because he used it years later in A New Hope.

7. A New Hope is the reason why you have to leave the cinema after the movie has ended 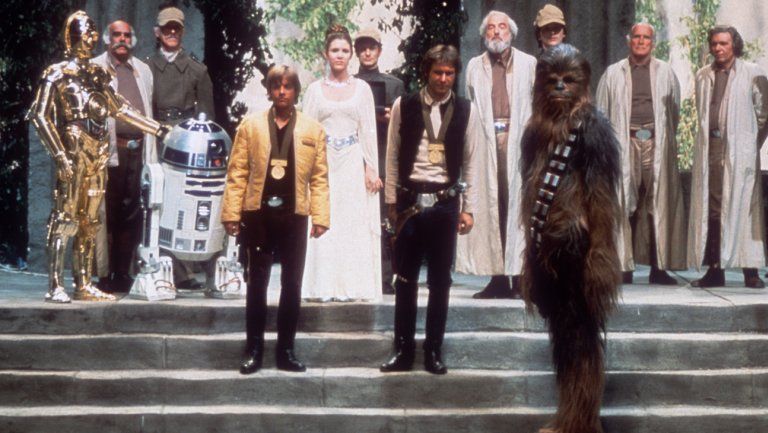 Back in the day, most cinemas had a policy where you could buy a theatre ticket and stay for as long as you like – meaning that many filmgoers would often end up watching a couple of films in a row. However, this all changed with the massive success of Star Wars.  It earned $1.5 million in its first weekend during a limited release, and eventually grossed over $461 million.

Cinemas quickly decided to profit from the Star Wars phenomenon by getting rid of tickets which allowed people to stay on and watch the pop culture phenomenon for free.

6. George Lucas was not the most communicative director in the world 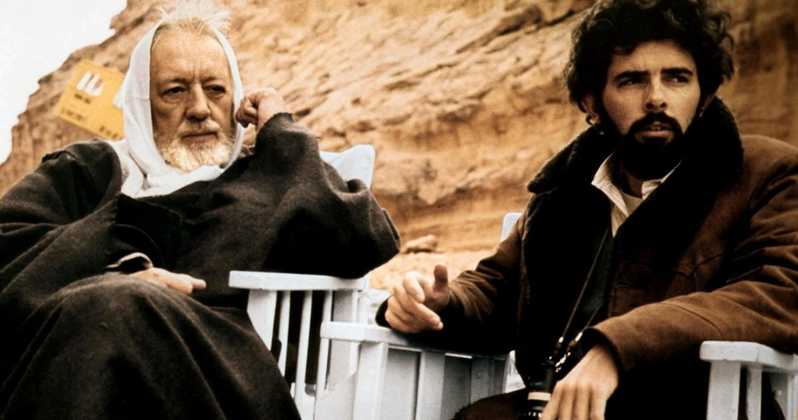 It’s fair to say that George Lucas has quite an interesting directing style.  Apparently many of the cast members of Star Wars felt that Lucas was distinctively uncommunicative and found his commands hard to get used to. This is because he only veered between two specific pieces of advice, telling his actors to either be “faster” or “more intense”.

In fact, Lucas once lost his voice during filming after an illness, and his production team simply handed him a board which said “faster” on one side and “more intense” on the other!

5.  Most of the cast members kept forgetting there was an actor inside R2-D2 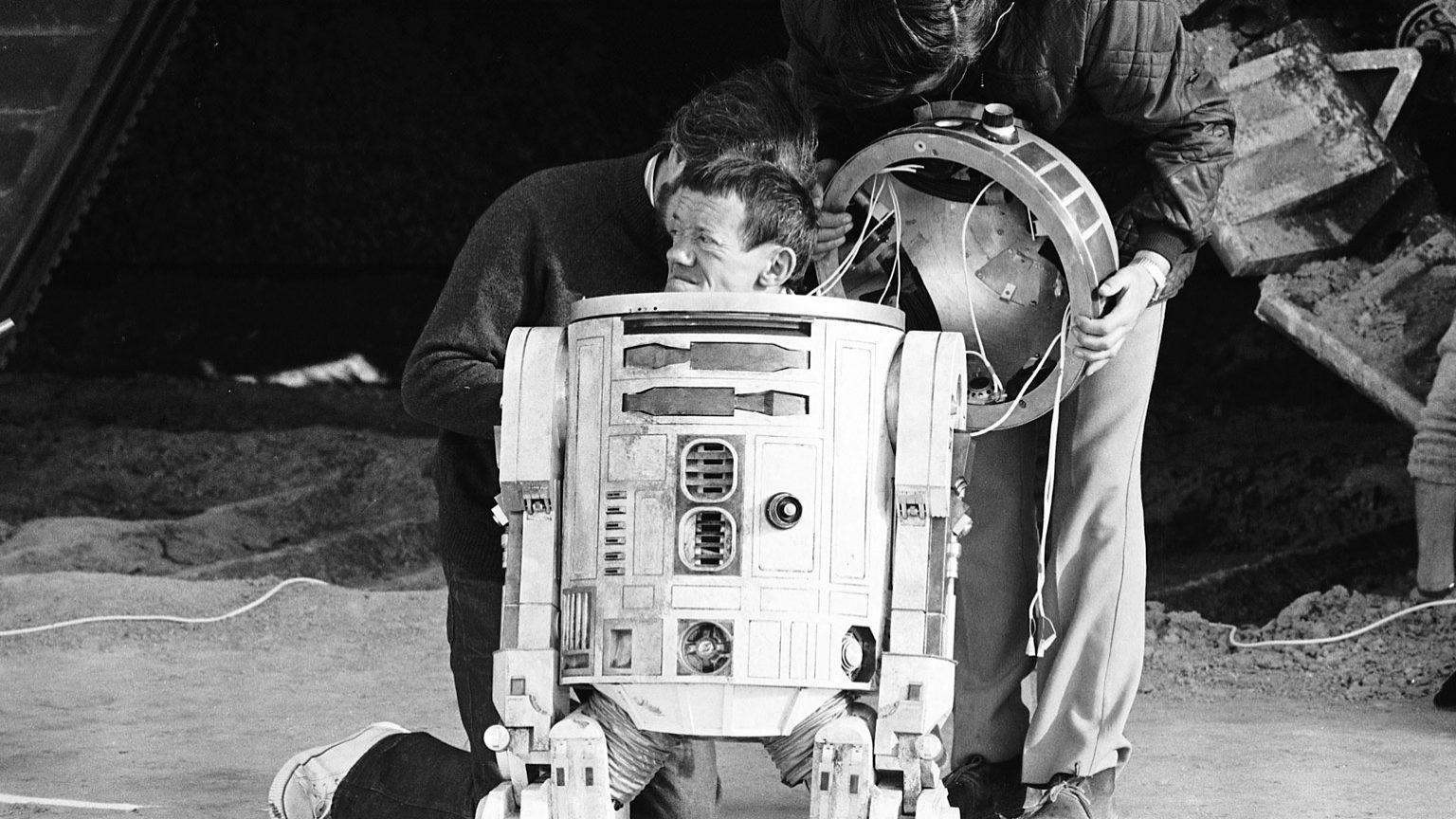 R2-D2 is played by Kenny Baker in A New Hope. Baker is only 3 foot 8 and his short stature often meant that he got overlooked on set. In fact, Baker said that the cast and crew would often forget he was inside the R2-D2 costume and leave for lunch without him. Whoops! Apparently R2 was also supposed to speak English in the original script, but its dialogue with C-3PO turned out be funnier when viewers could only hear 3PO’s responses. 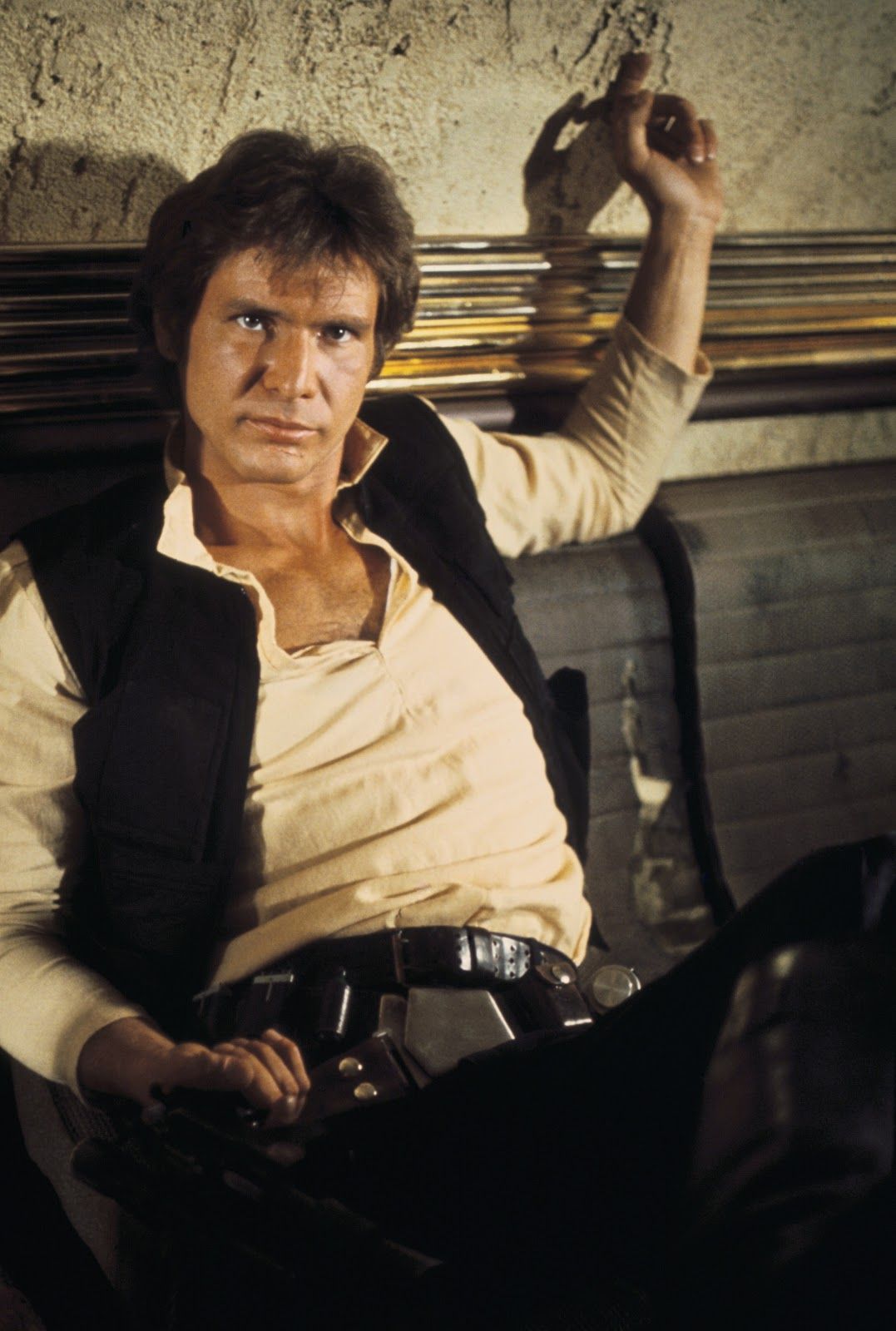 Believe it or not, Harrison Ford was never supposed to play cocky smuggler Han Solo. Ford was brought on to the set of the movie to deliver lines with other actors after Lucas first met him on American Graffiti. Luckily for Ford, Lucas liked Ford’s acting style so much that he was promptly cast in the iconic role.

Before that moment, Han Solo had proven to be a very difficult actor to cast. Some of the famous faces who auditioned for the role include: Sylvester Stallone, Kurt Russell, Robert Englund, Al Pacino, Christopher Walken, Bill Murray, Nick Nolte, Steve Martin, Chevy Chase, and James Caan.

Mark Hamill found out just how dangerous filming can be during the scene when Luke, Leia, Han Solo and Chewie are stuck in the trash compactor. During this scene, Skywalker is dragged under the water by a terrifying monster, which actually required Hamill to hold his breath underwater. Unfortunately, Hamill held his breath for so long during one take that he burst a blood vessel in his face. Ouch!

This also meant that the next few shots taken afterwards all try and hide the left hand side of Luke’s face. 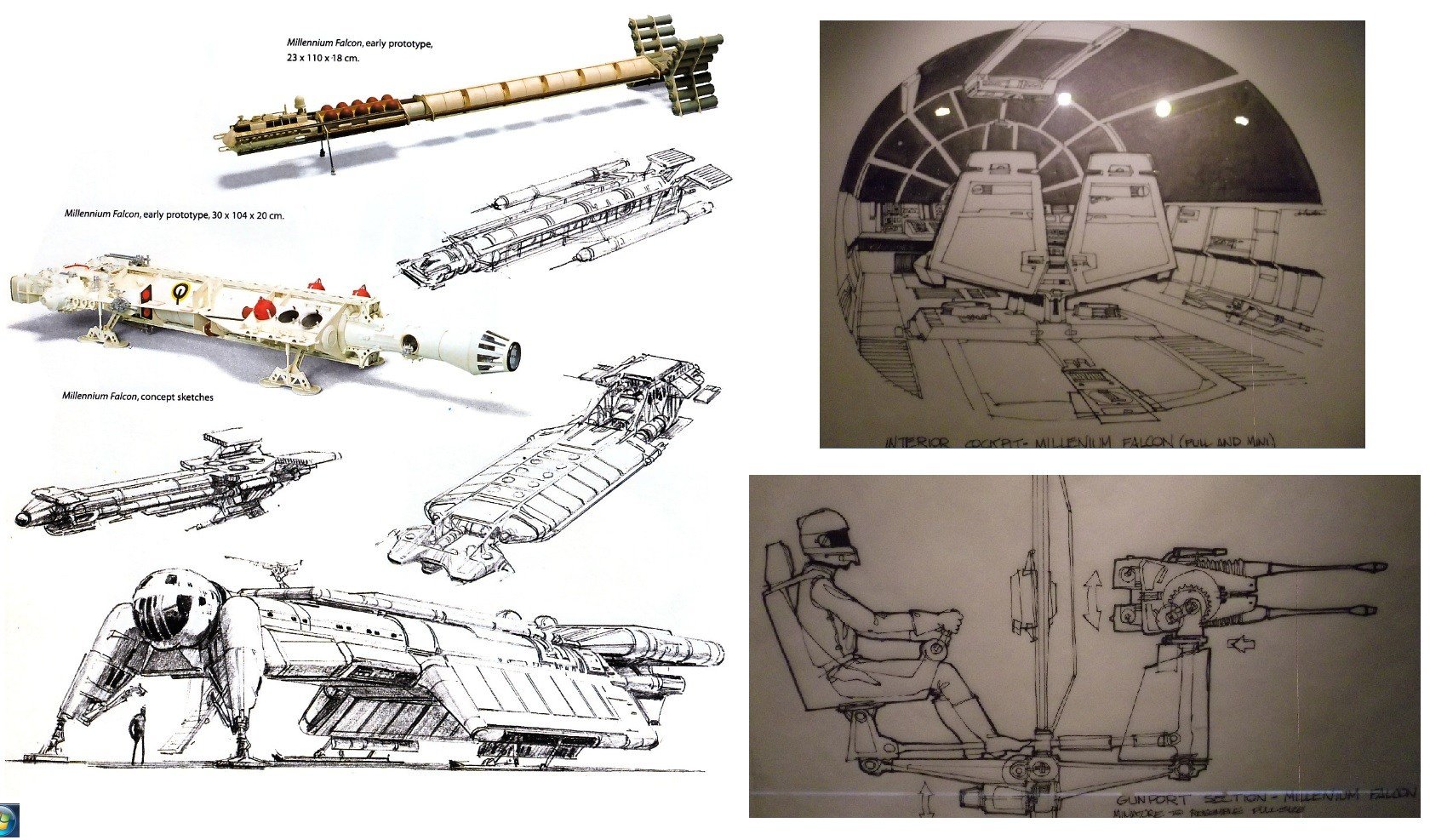 The Millennium Falcon’s distinctive circular shape is what makes it so popular among Star Wars fans. But early sketches pictured above show that designers originally had a very different idea as to what the ship should look like. According to legend, George Lucas changed his mind about the shape after eating a hamburger and looking down at the snack – only to realise that it would make a great looking spacecraft!

1. It was George Lucas’ ex-wife who had the idea to kill off Obi-Wan Kenobi 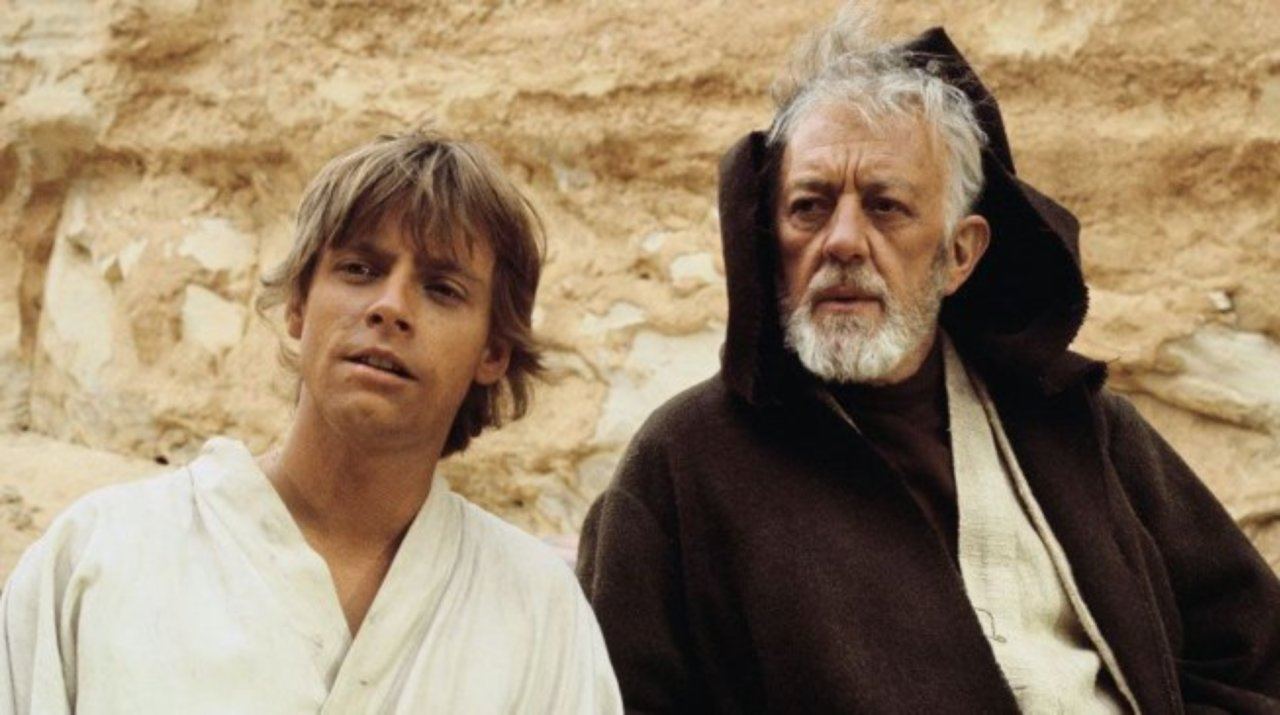 Lucas was struggling with what to do about Obi-Wan’s character when his wife Marcia (who won an Oscar for her work editing Star Wars) decided to help her husband with the brainstorming. At first she suggested that C-3PO should get shot, but Lucas said that he wanted the film to begin and end with the droids. She then said that maybe Ben Kenobi should be the one to go, and Lucas promptly wrote the idea into the script…which became more powerful than you could possibly imagine!

Were you a fan of Star Wars: Episode IV – A New Hope? Let us know in the comments section!