Peter Dinklage has been in his share of great films. Before he was a household name, there was The Station Agent, Tom McCarthy’s acclaimed tale of a man with dwarfism who decides to live in isolation after he inherits a railroad depot.

Then there are the post-success roles, in the likes of blockbusters such as X-Men: Days of Future Past and Avengers: Infinity War, and critically cherished hits like My Dinner with Herve and Three Billboards Outside Ebbing, Missouri.

But let’s face it: the role everybody knows Peter Dinklage for, whether they watch the show or not, is that of Tyrion Lannister in HBO’s fantasy series Game of Thrones.

Having won Dinklage three Emmys, a Golden Globe and millions of fans the world over, Tyrion is the kind of role that only comes along in a lifetime – and which will now forever define the actor.

As Game of Thrones comes to an end with its eighth and final season, here are 10 things you need to know about Peter Dinklage.

10. His career struggled for years because he refused typical ‘dwarf roles’ 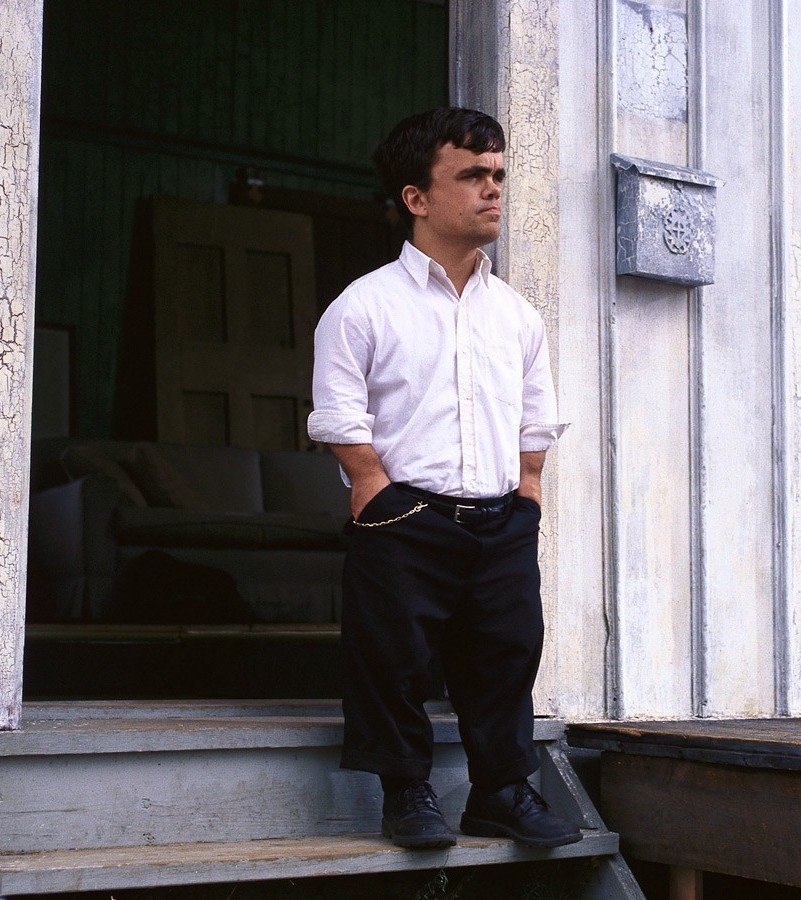 In Hollywood, Peter Dinklage is a true rarity: an actor who first found success as a leading man over the age of 40.

Part of the reason Dinklage didn’t have much luck sooner is that he declined to take roles typically offered to dwarf actors, instead holding out for more substantial roles. 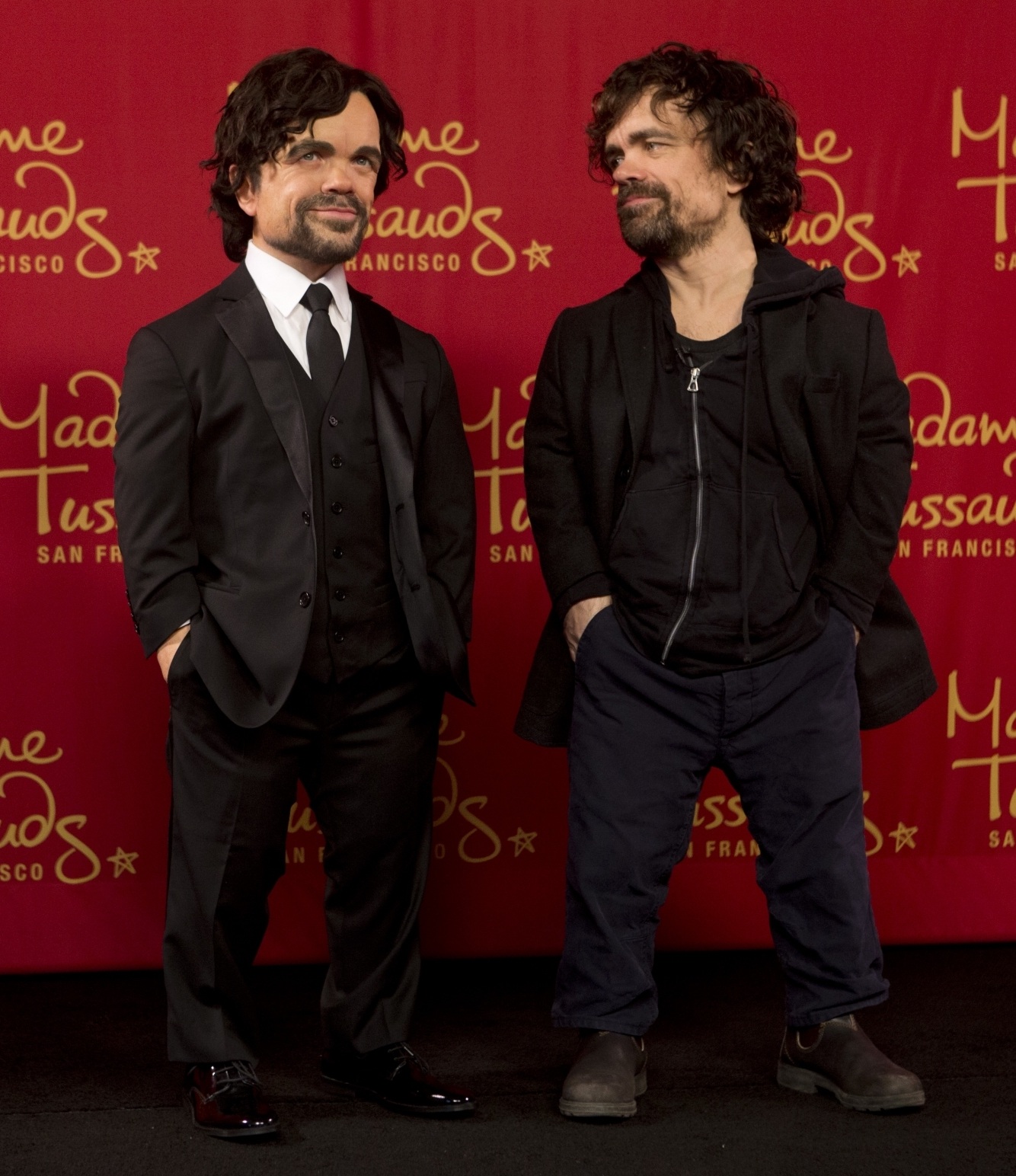 Though this meant many fallow years for the actor, Dinklage holding out for a part like Tyrion Lannister – “No beard, no pointy shoes, a romantic, real human being” – is what made him the star he is today.

9. He used to read his Game of Thrones scripts backwards to make sure Tyrion survived 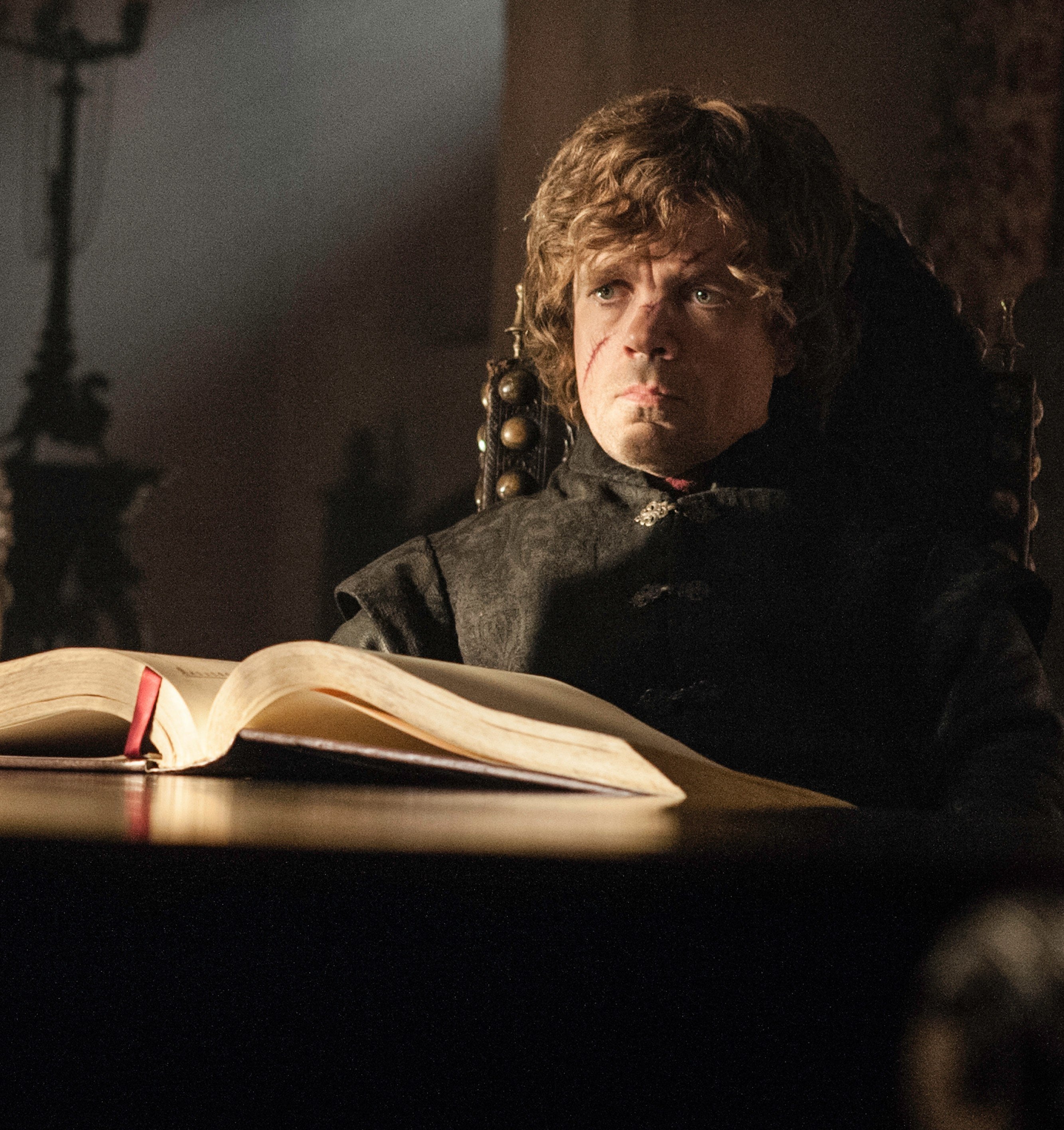 Due to the nature of the show, even the main stars on Game of Thrones were never sure whether they were going to make it to the end of a season or not.

It’s for this reason that Peter Dinklage, arguably Game of Thrones’ lead, read his scripts backwards as opposed to forwards. 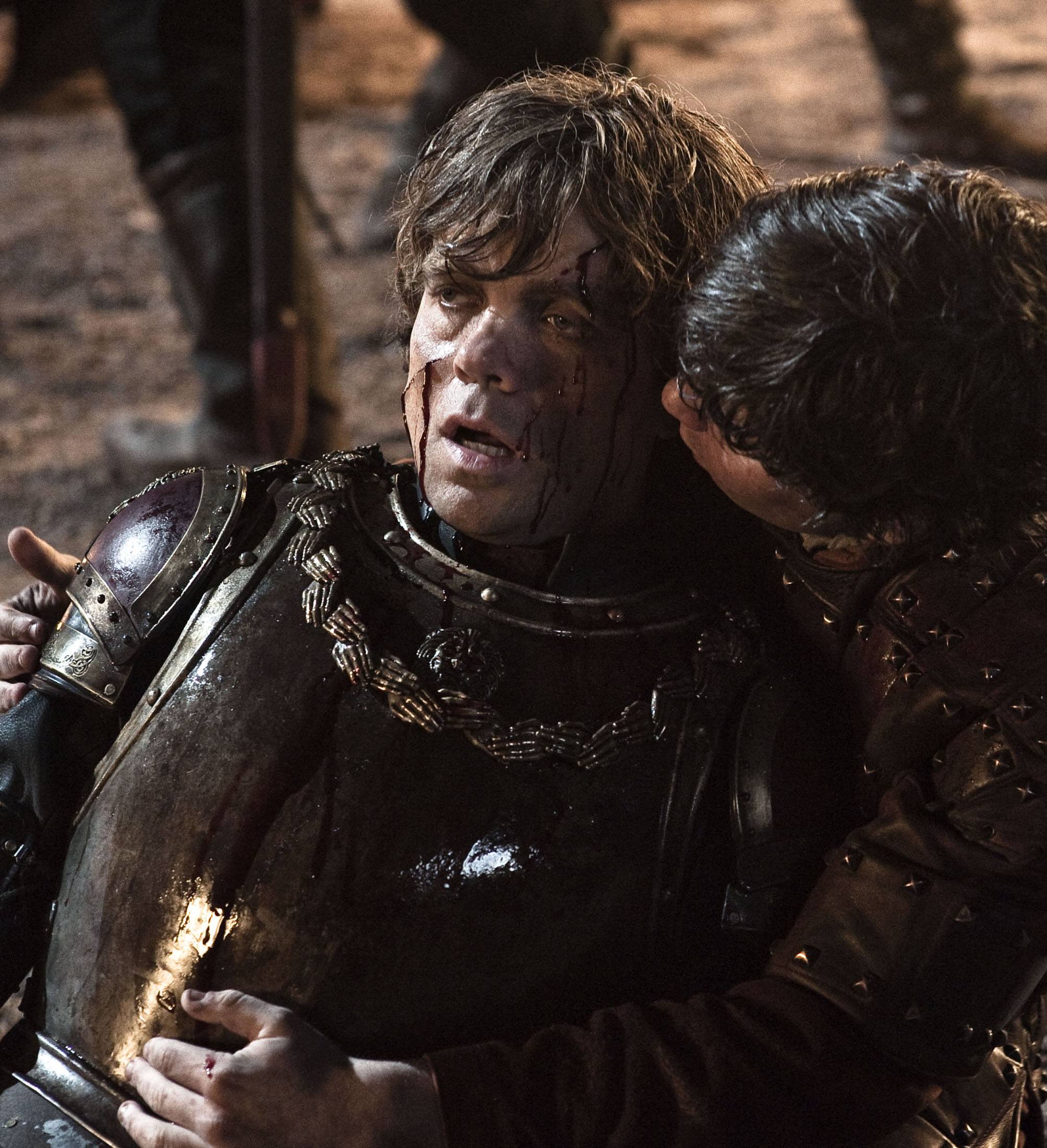 In 2017, Dinklage told Entertainment Weekly: “The first thing I really do when I get the scripts is I go to the last page of the last episode and then look backward until I find my name to see if I survive”.

8. He grew up around Bruce Springsteen 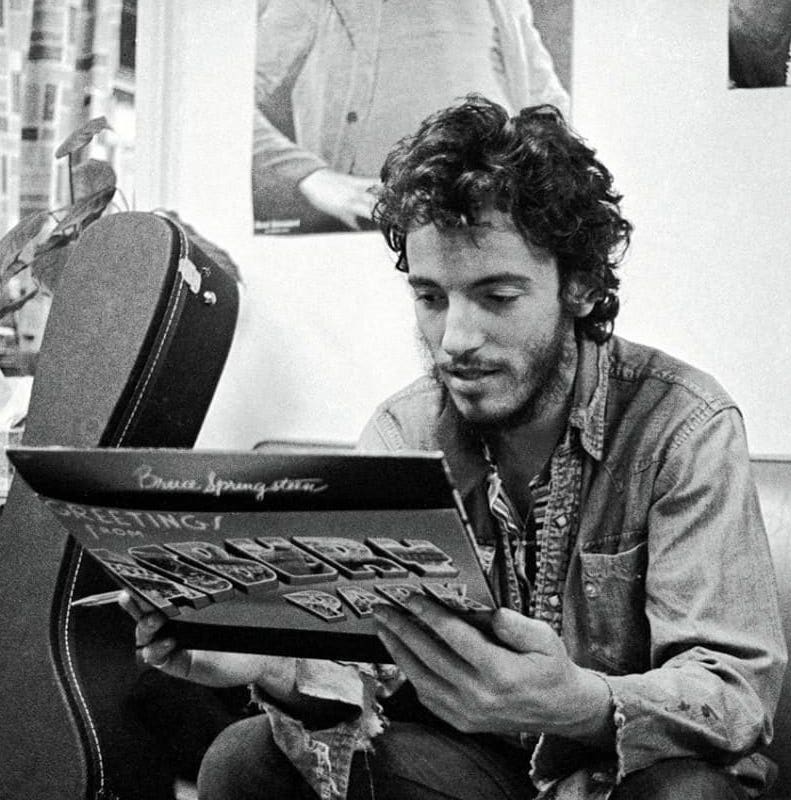 There might be 20 years between them, but Peter Dinklage and Bruce Springsteen are both native New Jerseyites – and Dinklage even remembers growing up around The Boss.

Well, ‘remembers’ might be a stretch – Dinklage was just a child when, in the 70s, his family lived next door to Springsteen’s manager, where Springsteen would regularly come over.

This meant that the Dinklages regularly heard Springsteen playing one house over. Peter’s parents, John and Diane, also saw Bruce play at a wedding before he was big.

Says Dinklage: “My mom didn’t think he was that great. She told me he was too loud.”

7. He didn’t even have to audition to play Tyrion 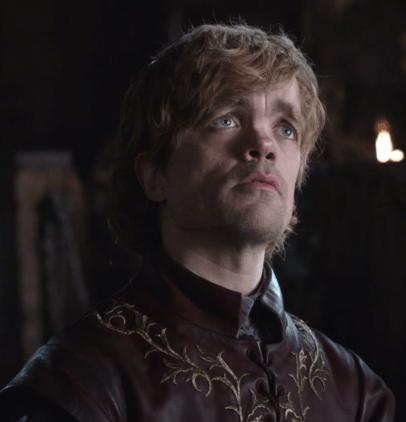 Peter Dinklage, like Sean Bean, never had to audition – unlike the rest of the cast – for his role on Game of Thrones.

That’s because Dinklage like Bean was the casting team’s first and only choice for the role. 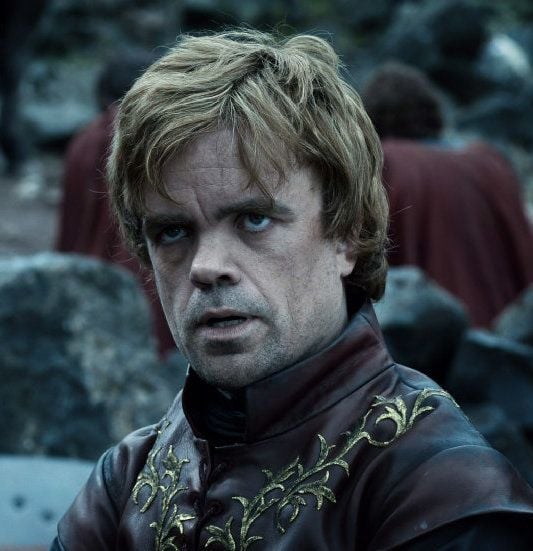 As everybody else went through an audition process, Dinklage only had to say ‘yes’ to bag Tyrion.

He was the first actor confirmed to star in the show.

6. He almost passed on Game of Thrones 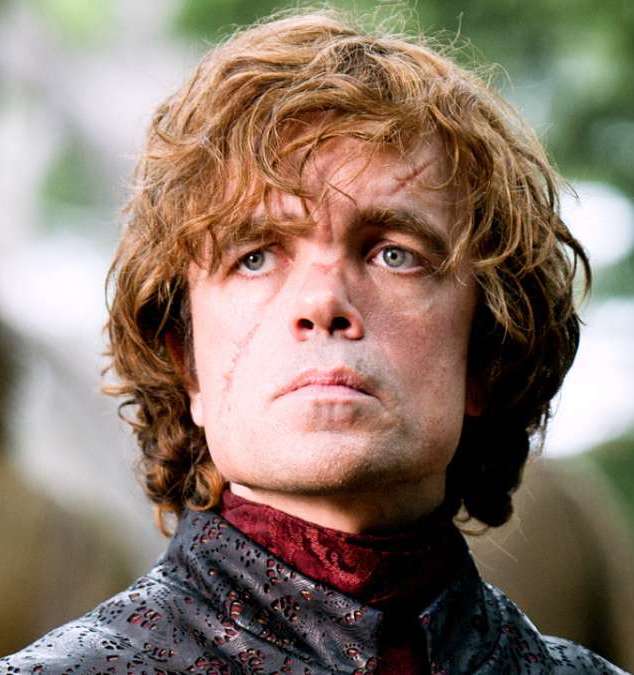 Though Tyrion has proved to be a dream role as Game of Thrones has developed, Dinklage wasn’t always so sure about signing on.

In a 2014 Reddit AMA, Dinklage admitted: “I had one hesitation, because of the fantasy genre, I told [the showrunners] I didn’t want a really long beard and pointy shoes, and they assured me this character and this world wasn’t that.” 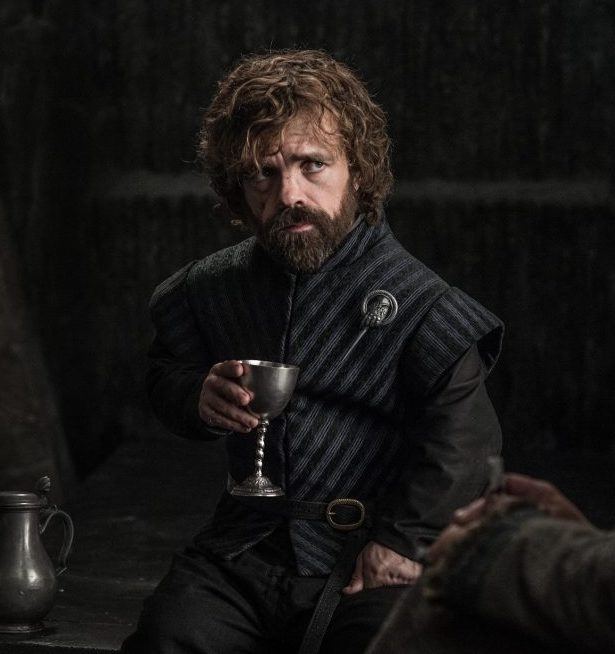 Dinklage explained his reservation in a 2012 New York Times interview: “Dwarves in these genres always have this look. My guard was up…Even The Lord of the Rings had dwarf-tossing jokes in it”. 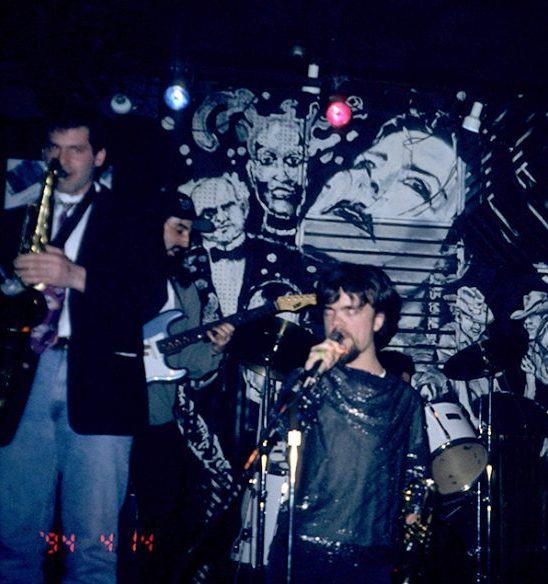 If you frequented the famous New York nightclub CBGB in the early 1990s, you might have been lucky enough to catch Peter Dinklage’s band.

A ‘punk-funk-rap’ group by the name of Whizzy, anybody who caught this unusual outfit would be sure to remember them, especially considering the condition Dinklage was left in after one particularly passionate performance. 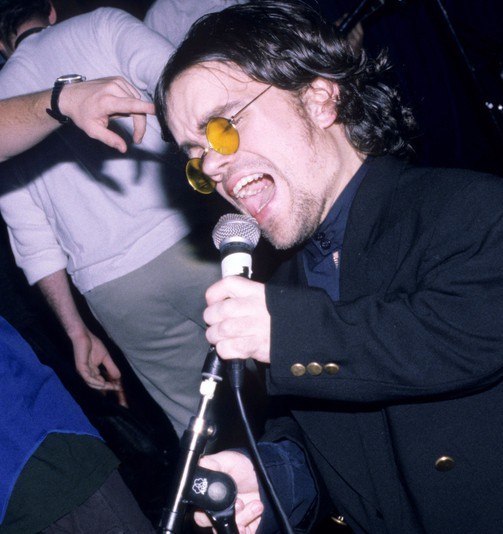 “I was jumping around onstage and got accidentally kneed in the temple…Blood was going everywhere. I just grabbed a dirty bar napkin and dabbed my head and went on with the show”.

Unsurprisingly, Dinklage still carries a scar from the incident, running from his neck to his eyebrow.

4. He’s the only one in his family with dwarfism 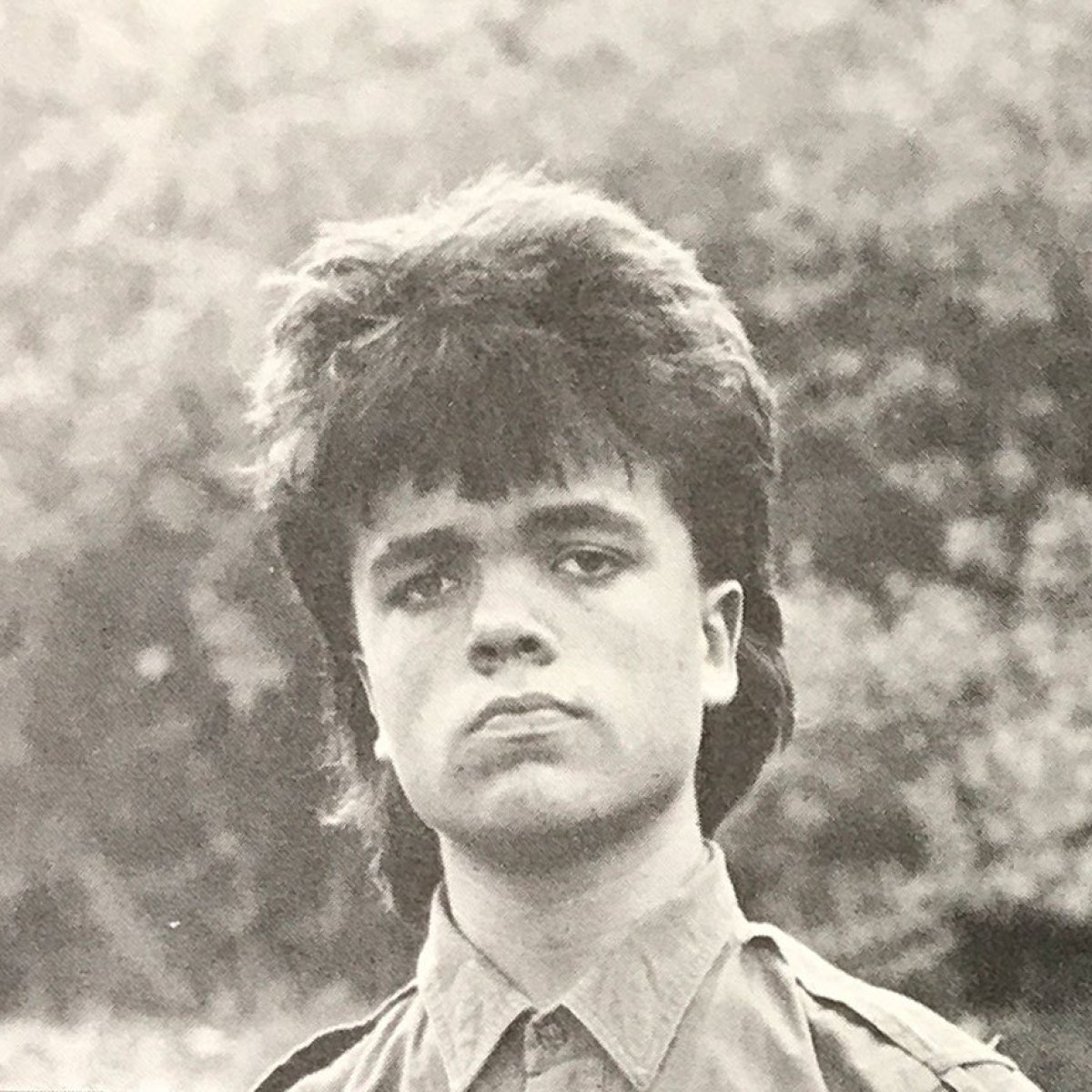 Though he’s come to embrace his dwarfism now, Dinklage admits to being “bitter and angry” about his size growing up.

None of that bitterness was down to his family, who the actor says was always “accepting” despite Peter being the only one with dwarfism in the family. 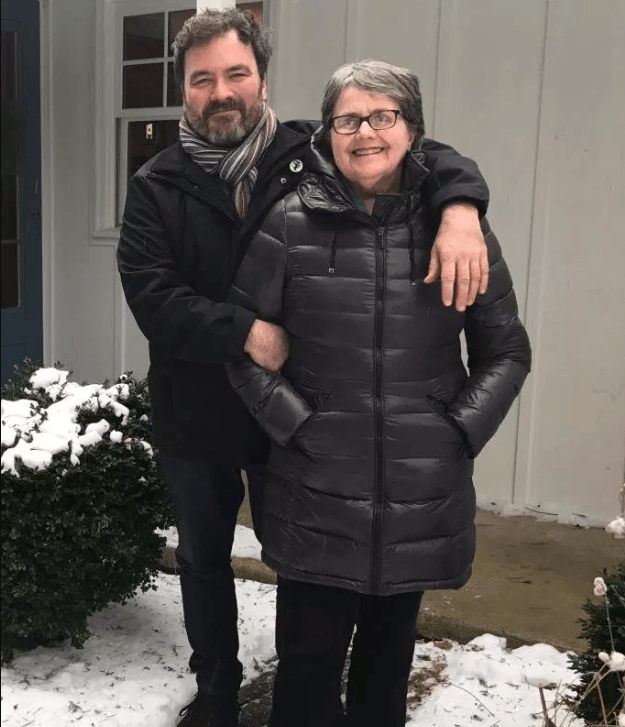 In 2012, Dinklage told the New York Times: “I was fortunate enough to have an upbringing that made me more accepting of who I am.”

3. He lived very poor for a while 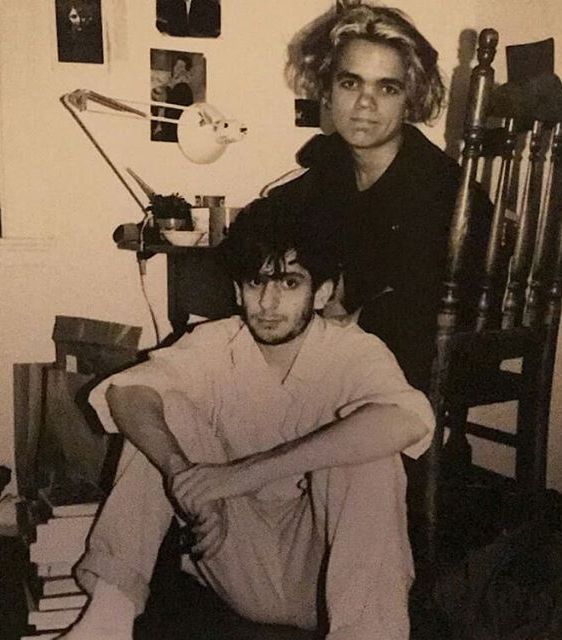 He’s doing pretty well these days, as one of the leads of the biggest TV show of the decade, but Peter Dinklage wasn’t always rolling in the cash.

Early in adult life, Dinklage was the vision of a starving actor, sharing an apartment with a friend under a bridge in Williamsburg. 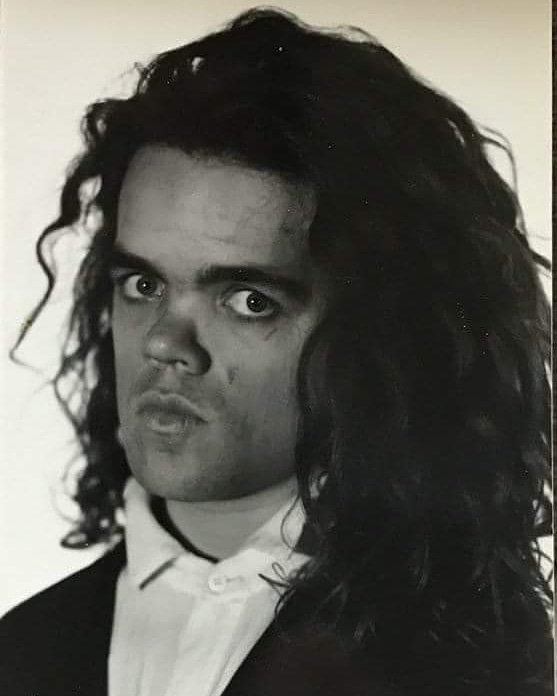 As Dinklage told it to the New York Times, the apartment “had no heat and shook when trains passed overhead; the oven was unusable, because it was filled with rats. When they complained…the landlord pulled a knife in the living room.” 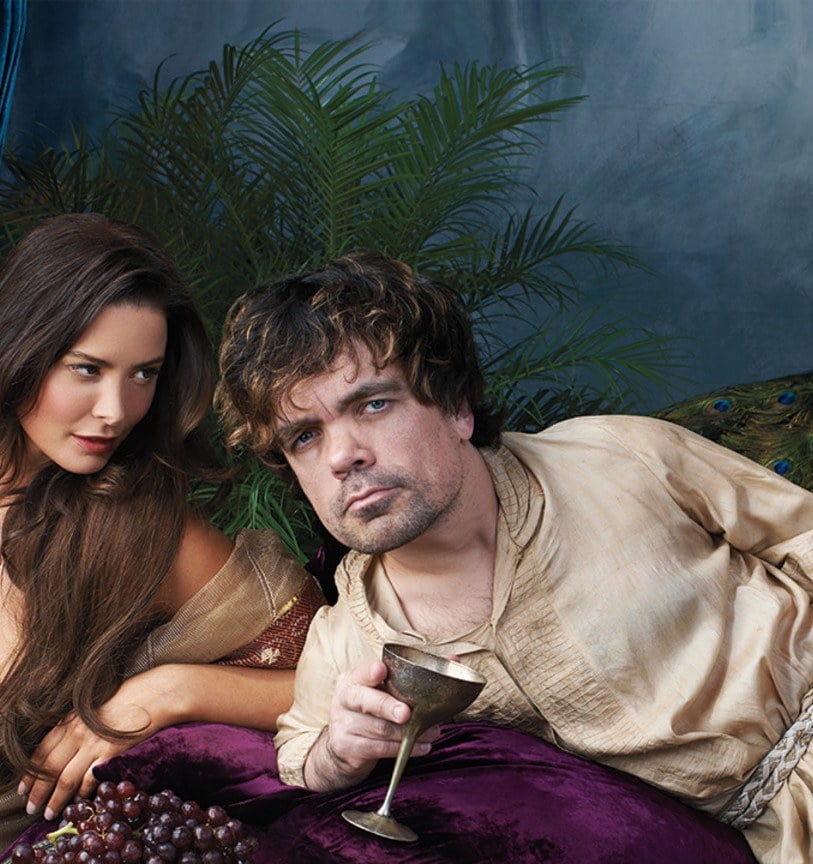 Though at one time Dinklage’s dwarfism was a real source of anger for the actor, these days he has a sense of humour about his short stature.

Talking to Playboy in 2017, Dinklage revealed (jokingly, we think?) that he was considering moving on to his own line of aftershave after “this Game of Thrones thing winds down”. 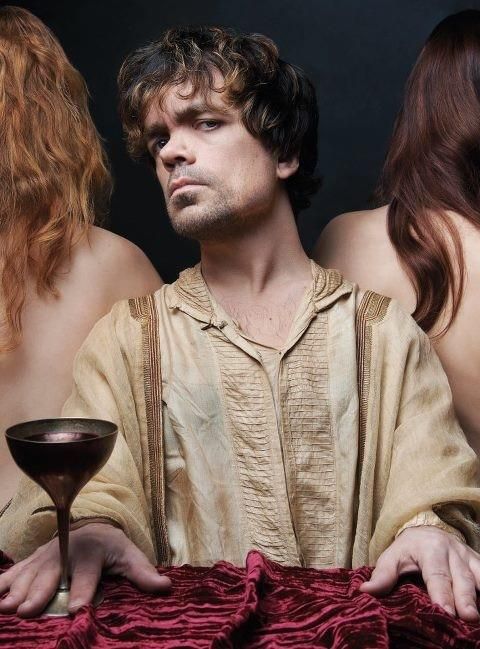 “I have a friend…He concocted a men’s cologne that he calls Midgeté Midgeté”, said Dinklage.

“I was thinking, We should totally put this on the market. You know how Jessica Simpson and Beyoncé have signature perfumes and make a mint? I’m thinking this cologne could be my ticket to fortune.”

1. His mum told him he’d lose to Guy Pearce at the Golden Globes 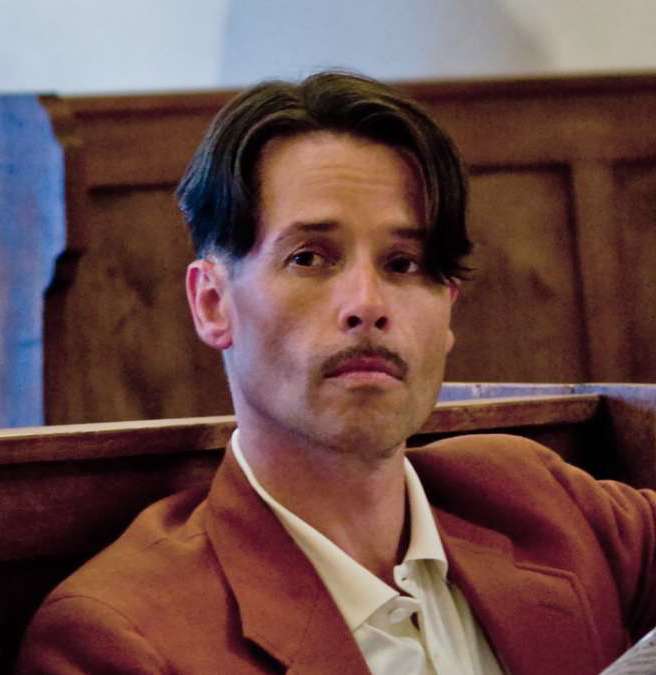 Such was the praise for Peter Dinklage in his first year on Game of Thrones, it seemed fairly obvious that he was the frontrunner to win the Best Supporting Actor award at the 2012 Golden Globes.

Obvious to everyone, except perhaps Dinklage’s own mother, who told him: “Have fun, but have you seen Mildred Pierce? Guy Pearce is so good. He’s gonna win.” 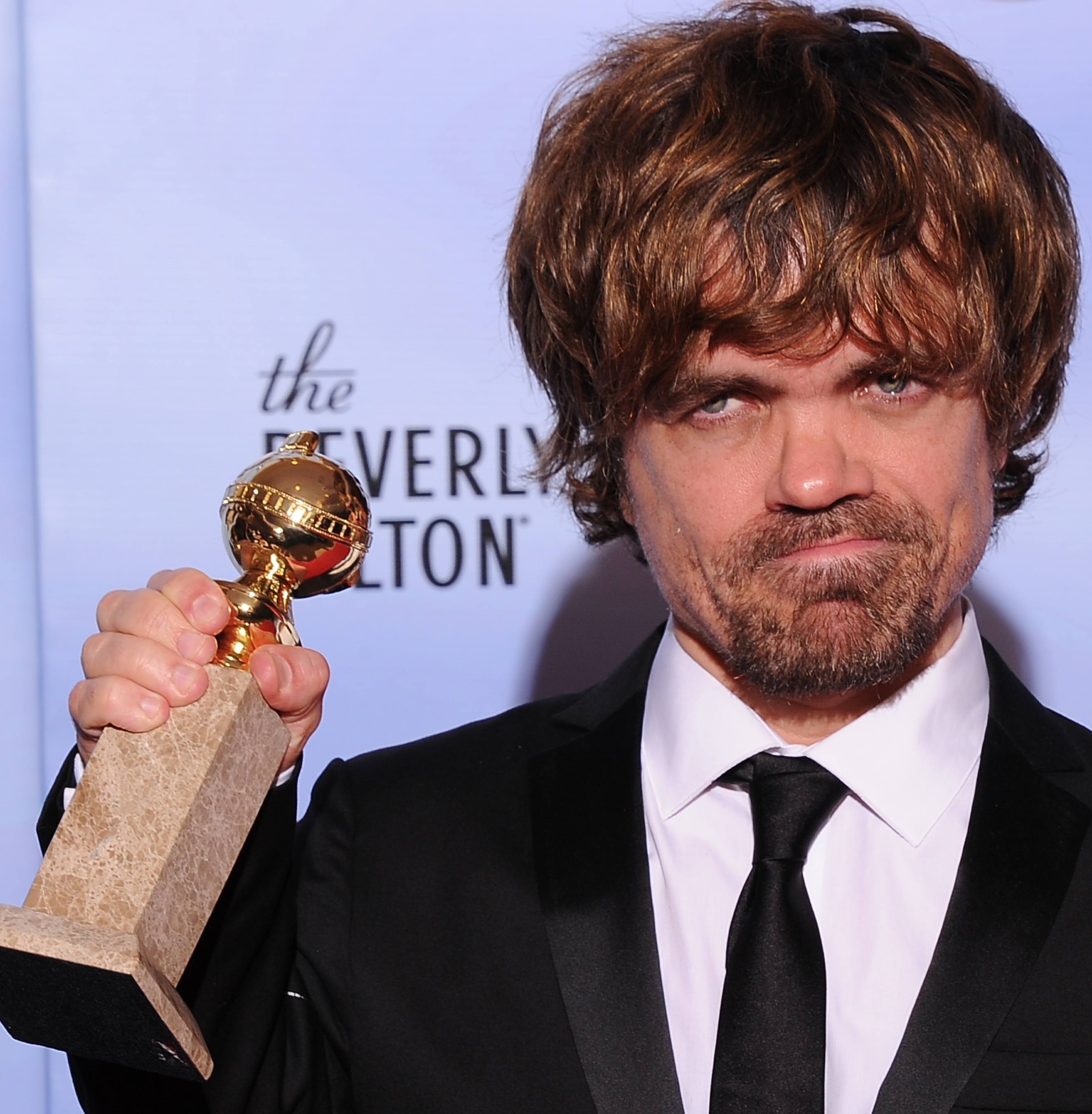 Speaking to journalists after he won the prize, Dinklage said: “I haven’t seen Mildred Pierce, but I’m sure it’s really good.”

He added: “I just love our moms ’cause they keep us humble”.