Forget all about his relationship endgame-prompting tattoo amendments, agreeing to fire one of his hero’s (Hunter S Thompson) ashes out of a cannon and THAT monthly wine bill, there’s MUCH more to Johnny Depp than you knew from just a casual glance. Beneath all those layers of bandanas, beads, necklaces, rings, fedoras, hair and ripped denim lies a genuine Hollywood legend of our generation. 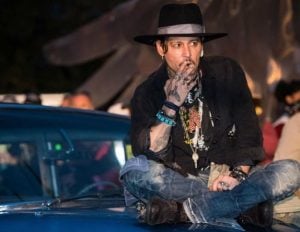 An actor renown for taking on roles which no other Tinseltown hot shot would even have read the script for, let alone sign up to, knowing full well that portraying a birds nest-haired weirdo with scissors for hands (or a slightly freaky and reclusive owner of a chocolate factory) wouldn’t catapult them into the movie big league.

Little did they know however, that LA’s most celebrated film oddball would be offered/land the lead of a hugely lucrative franchise based on a children’s ride at a Disney theme park a few years down the line. 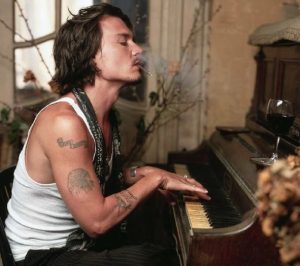 But then that’s what marks Depp out from all his peers, and those who opted to take the route one way success and awards; rather than go with their heart when it came to characters which Depp knew had far greater mettle, depth and sensitivities than box office blockbusting equivalents. Of course, being taken under the wing of fellow creative tour de force, director Tim Burton ensured that Depp would go on to forge an enviable career, and leave a legacy which underlines his acting range. The instantly forgettable, ‘Lone Ranger’ excepting. 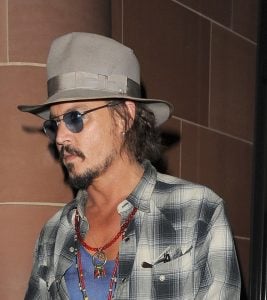 There’s a great likelihood that you’re already familiar with Depp’s middle name (Christopher. As in Evans (actor, not DJ), Columbus, Lloyd and Walken, etc), while also in the know about his idolising of movie icon, Marlon Brando. In fact, it may not even surprise you when we mention he almost received his marching orders (plank or no plank) from the set of the first Pirates of the Caribbean movie, courtesy of Disney executives failing to understand his portrayal of the fictional pirate. However, we’re pretty confident the 10 facts which follow will be news to you all….

He has been immortalised in plastic as an action figure various times over. From having his likeness re-created for ‘The Lone Ranger’s’ Tonto, ‘Sleepy Hollow’s’ Ichabod Crane, Edward Scissorhands and of course, Captain Jack Sparrow himself. 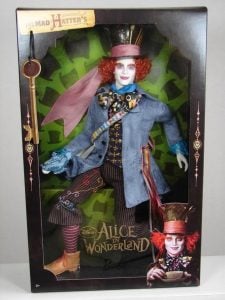 Oh, and even Sweeney Todd, the demon barber of Fleet Street; should you wish to have a figurine of a serial killer.

Depp was a rocker long before becoming an actor (his mother gave him his first guitar at the age of 12). A first love that he’s revisited in more recent years, the latest episode of which saw him embark on a European tour this last summer with The Hollywood Vampires. 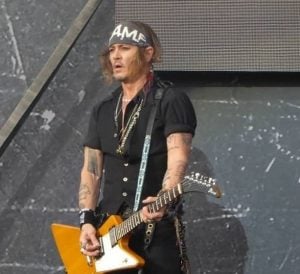 Bet you didn’t know he played drums as well though? Or that as well as accompanying the likes of Alice Cooper and Marilyn Manson on stage, he also fronted his own band, going by the name of ‘P?’ A supergroup which also included Red Hot Chili Peppers bassist Flea and Sex Pistols guitarist Steve Jones. 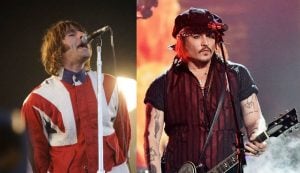 Lifted from the constantly warring Mancunian siblings’ 1997-release ‘Be Here Now’ album, Johnny was recruited due to his connections (Noel Gallagher’s then-wife was a friend of Depp’s then-girlfriend, Kate Moss). Oh, and the fact that the song-writing Gallagher couldn’t play slide guitar.

And did we mention he could sing too?? Which anyone who has witnessed a Hollywood Vampires gig will know first-hand, especially after hearing Depp belt out stunning versions of Bowie’s ‘Heroes’ for one. 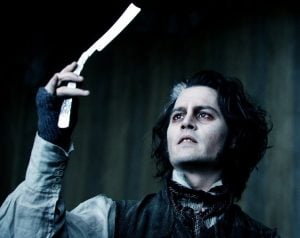 Yet it was on the film set of ‘Sweeney Todd’, where Depp demonstrated his singing abilities for which he received high praise from the entire film-going community. Depp’s other lights habitually hid under a couple of bushels include photography and swordsmanship.

Depp owns a production company where he installed himself as CEO, producer and of course, actor; whilst his sister, Christi serves as president. 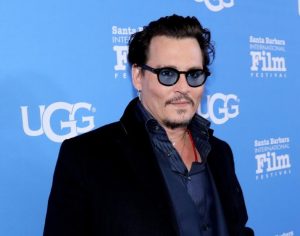 Formed in 2004, Infinitum Nihil (loosely translated meaning, ‘nothing is forever’) lists ‘The Rum Diary’, the Martin Scorsese-directed, ‘Hugo’ and ‘Dark Shadows’ (directed by Depp’s long-time collaborator, Tim Burton) as among its most memorable achievements to date.

He has an actual fossil named after him. Sort of. And it’s thanks to a British scientist called, David Legg, who stumbled upon a 505-million year old fossil that was said to have reminded him of Depp’s iconic Edward Scissorhands character. 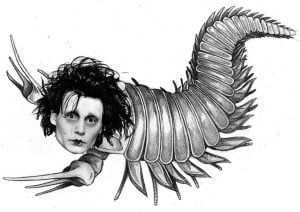 On account of it scissor-like claws, which led the archaeologist to believe that the creature was an ancient ancestor of scorpions and lobsters. As a fan of Johnny, Legg christened his fossilised find, ‘Kooteninchela deppi’. Essentially, ‘chela’ is Latin for claws or scissors, whilst the ‘deppi’ bit is kinda obvious.

4. There’s No Mugging Off Depp

Believe it or not, Johnny was very nearly mugged in the street one time. And would have been, were it not for the fact that his would-be assailant recognized the Hollywood star at the last minute and blurted something along the lines of; “I ain’t stealing from Captain Jack” and proceeded to back off. 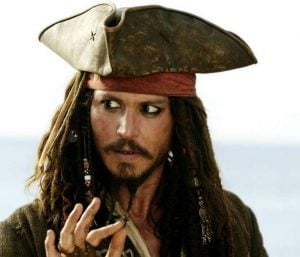 Seemingly unfazed by his ordeal, Depp was rumoured to have handed the pseudo-mugger some money anyway as a gesture of goodwill. Which is, we guess, pretty much how Johnny rolls….

You’d have thought that Depp would have had a bit of a sweet tooth wouldn’t you? When  you think he’s starred in two films based largely around the subject of chocolate. First being the 2001 film based in late 50s France, called ‘Chocolat’, and the more recent being the 2005 re-make of the 1970s classic, ‘Charlie and the Chocolate Factor’. 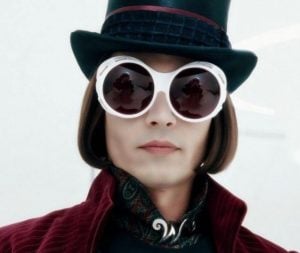 Only you couldn’t be any further from the truth. As it turns out that as a child Johnny was actually allergic to chocolate.

No. And like that headline, it’s certainly no laughing matter for coulrophobia-sufferer, Johnny Depp. That’s the fear of clowns, for those still looking a little confused. 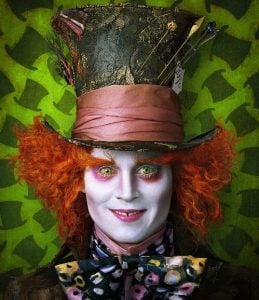 Depp; “I have this fear of clowns” the actor has previously revealed. Going on to add (courtesy of his own somewhat perverse logic); “So I think that if I surround myself with them it will ward off all evil!” Good luck with that, Johnny!

Yup. According to a genealogist who works on the BBC1 ancestor-tracing show, ‘Who Do You Think You Are?’ Depp is the 20th cousin of the current Queen, Elizabeth II! 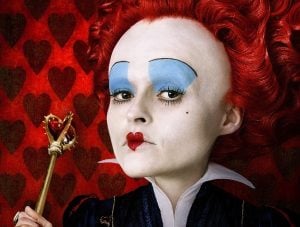