‘It’ is a 2017 supernatural horror movie, based on the novel by Stephen King. The film tells the story of a clown, Pennywise, who embarks on a mission to taunt a group of children, resulting in a horrifying turn of events.

Starring Jaden Lieberher and Bill Skarsgård, this terrifying film will have you so immersed you just can’t take your eyes off the TV screen.

With It: Chapter 2 set to fill our screens next month we’ve compiled some must-read facts on this spine-tingling horror.

10. Much of the dialogue was improvised 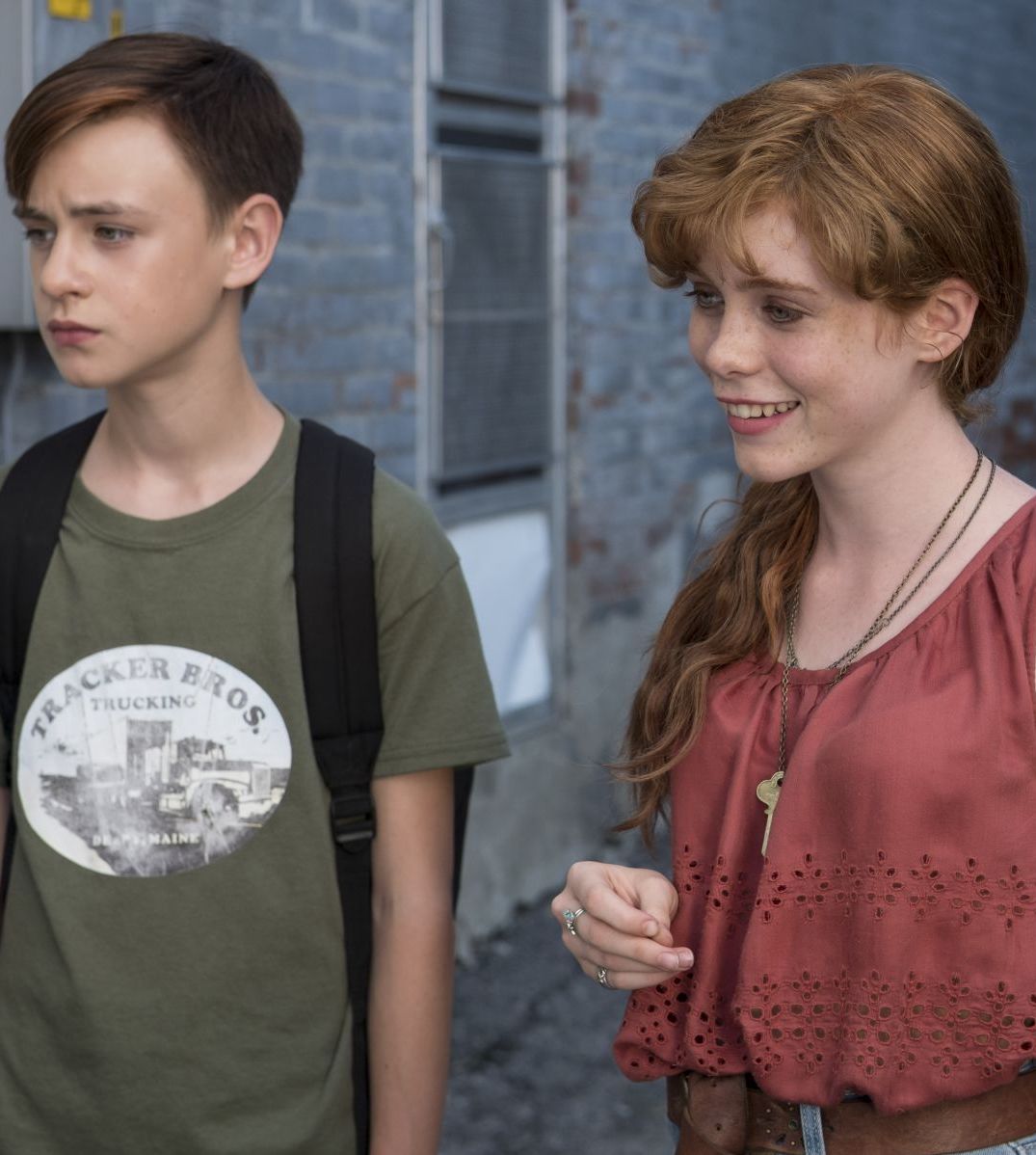 Although the script was put together by a stellar lineup of writers, improvised lines add a whole new sense of authenticity to the film. Many of the lines were the brain child of Finn Wolfhard, who stars in the Netflix show Stranger Things.

According to the movies’ screenwriter, Wolfhard stayed true to the jokes already in the script but he ‘improv’d some brilliant lines, really funny stuff’. 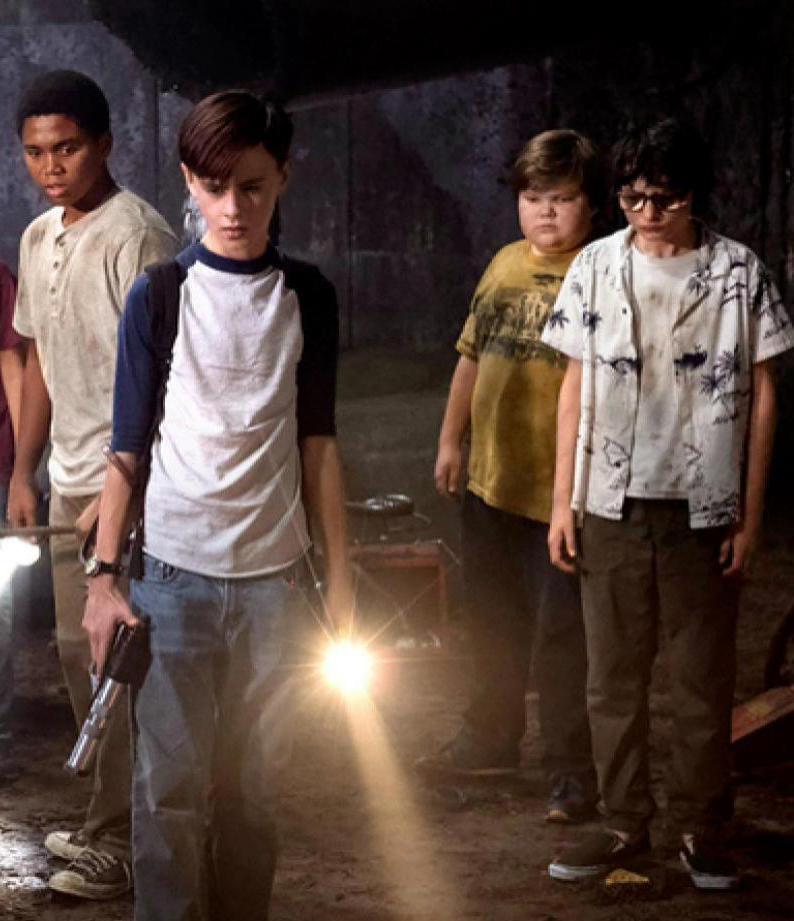 However, it was director Andy Muscietti who came up with Eddie’s hilarious gazebo line.

9. Hurricane Irma cut into their profit 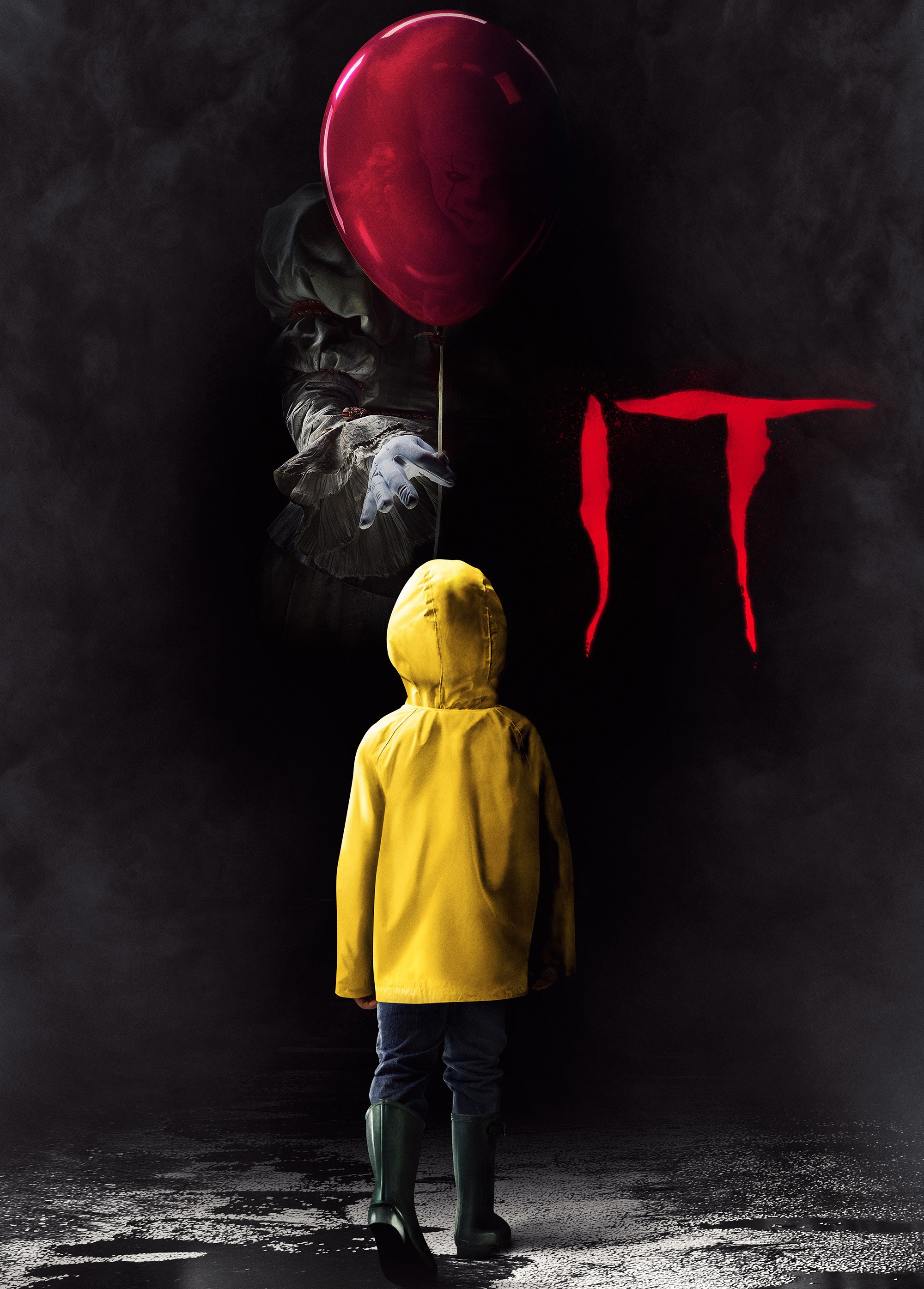 ‘It’ was a huge box office sensation, grossing over $123 million over its North American opening weekend.

This was a record-breaking amount, and more than double than that of the previous record holder, Paranormal Activity 3. However, analysts reckoned the film would have drawn in an even bigger audience had it not been for the disruption of Hurricane Irma which caused many theatres to shut their doors. This resulted in the movie missing out on a potential 5-6% of earnings. Still, not too bad for a horror film!

8. The child stars were just a little too convincing 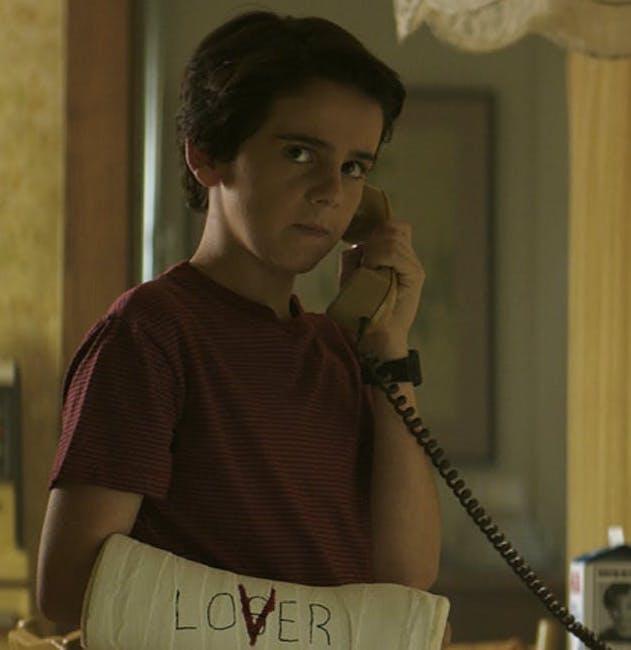 Jack Dylan Gazer played the role of Eddie, and his incredible talent was clear to see in his convincing portrayal of the character. He also apparently left quite the impression on his fellow cast member, Skarsgard.

Whilst shooting one particular scene, Pennywise shouts and drools in a display of pure rage. During the scene, Grazer would cry and gag in a surprisingly convincing manner. 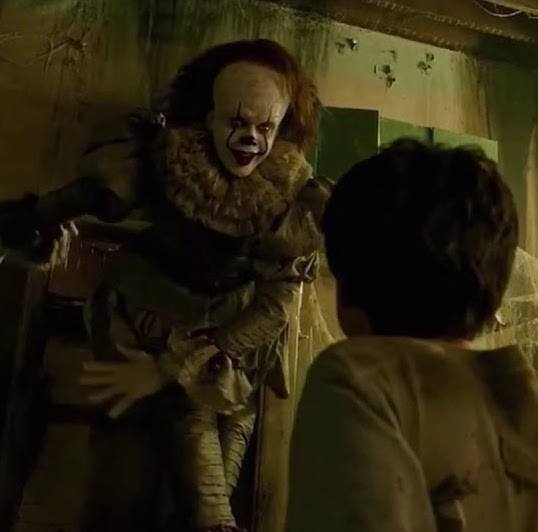 So much so in fact that Skarsgard was actually concerned for the young actor. When it was revealed that Gazer was just very in character, Skarsgard commended him on his professional attitude.

7. Someone took a joke a bit too far… 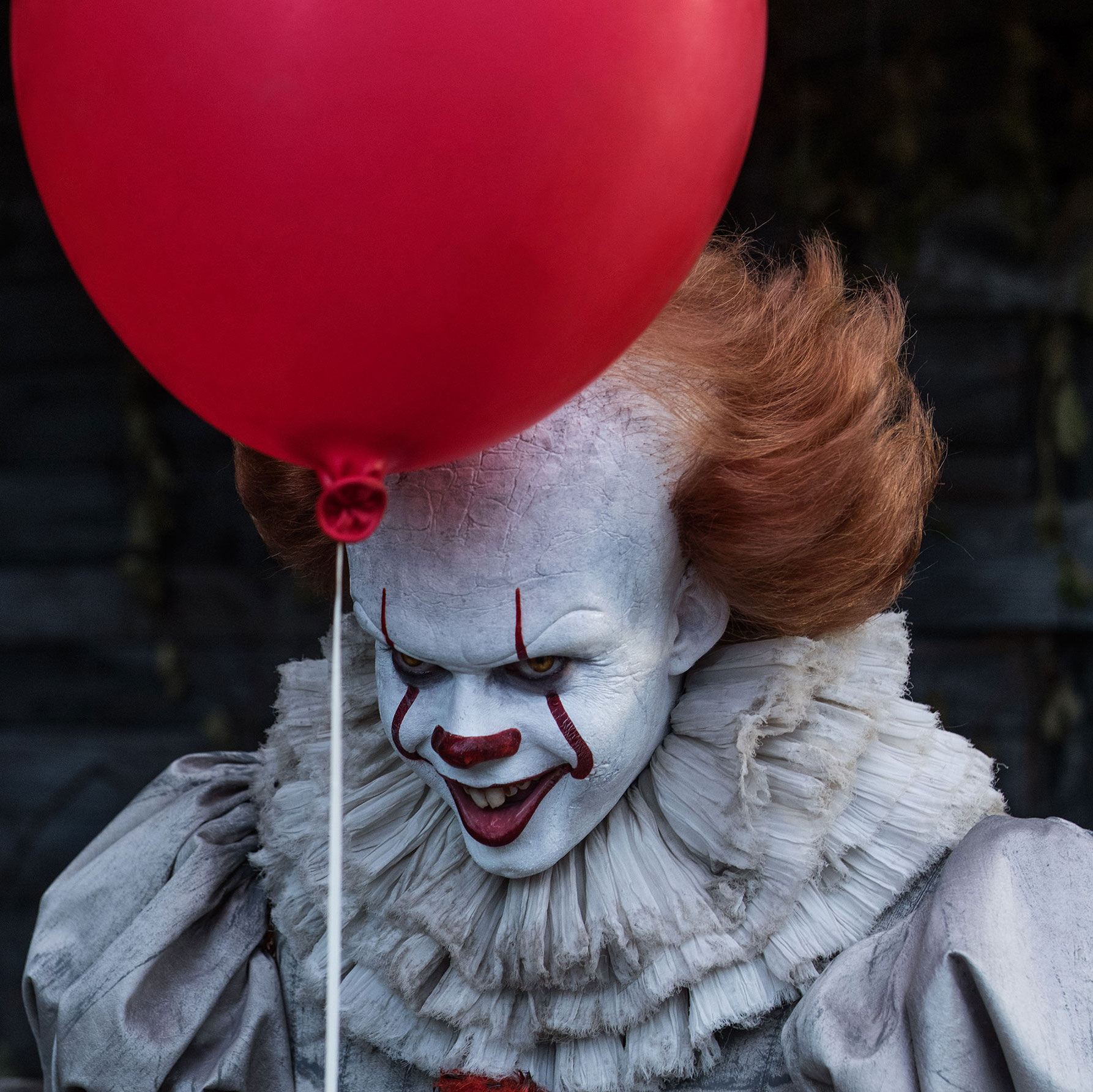 Around the time the film was released in cinemas, someone in Lititz, Pennsylvania decided to play a prank that was just a little too extreme for the town’s residents.

They actually tied the iconic red balloons to sewer grates throughout the town, mimicking the cover from the ‘It’ novel. 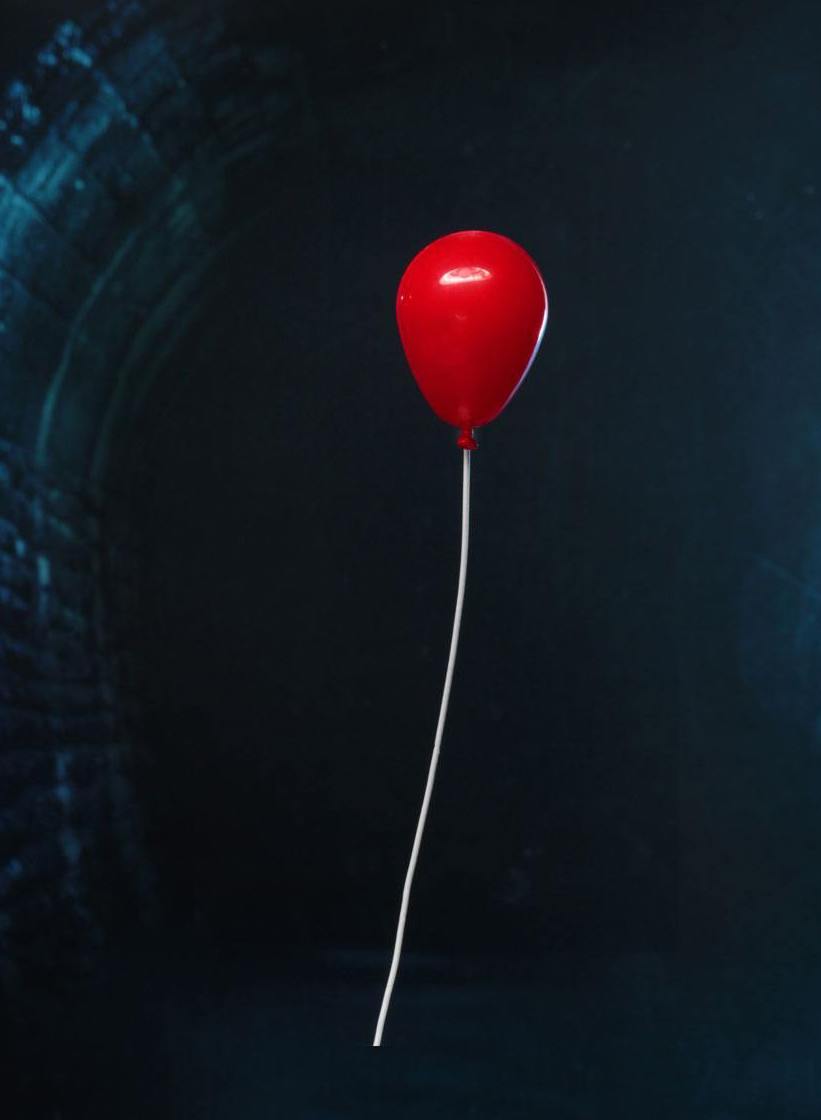 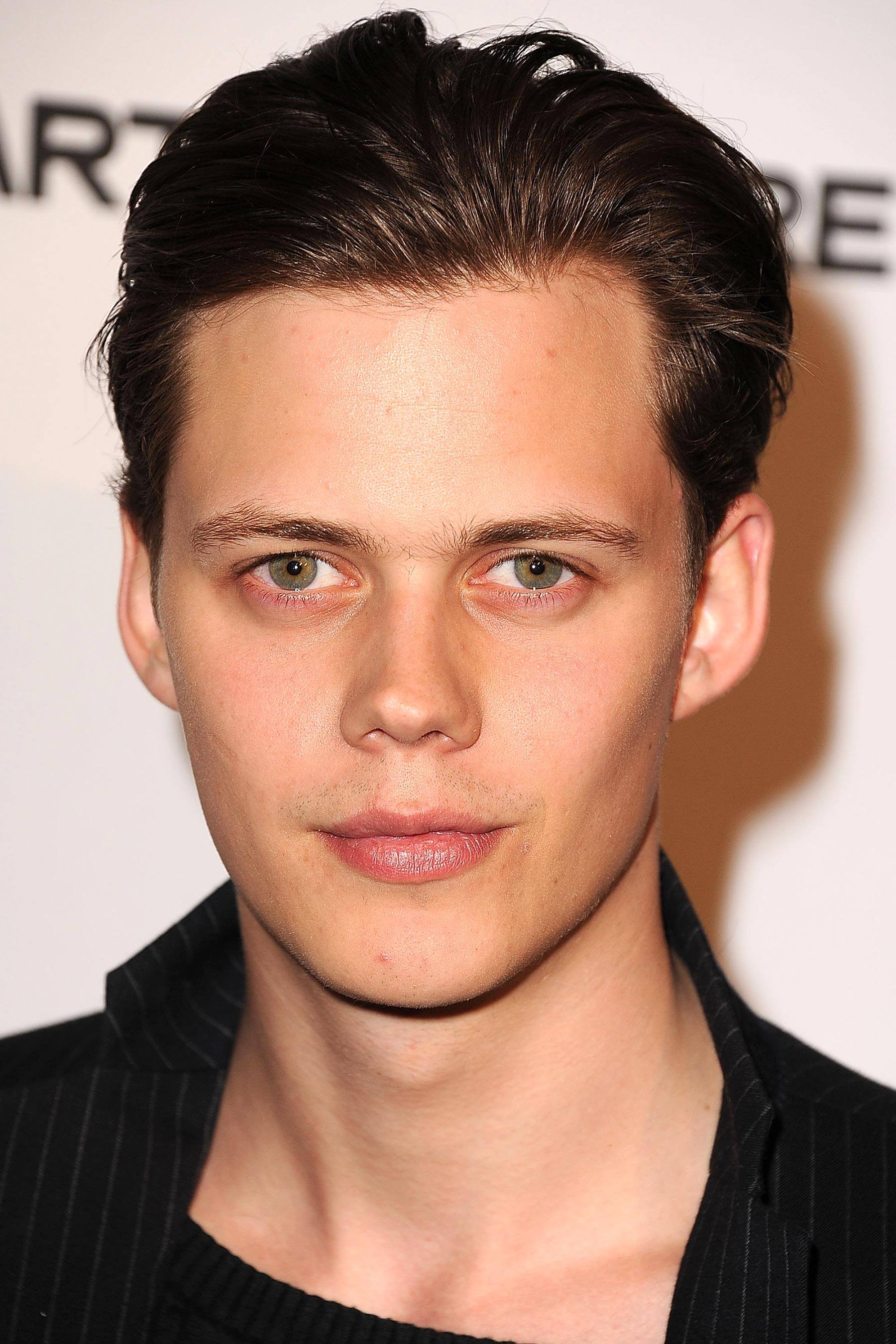 Recently, Skarsgard admitted that he got so into his performance that he would have ‘constant nightmares’ during and after production.

At one point, there was even a rumour that Skarsgard would not be returning for the sequel due to concerns over his mental health. 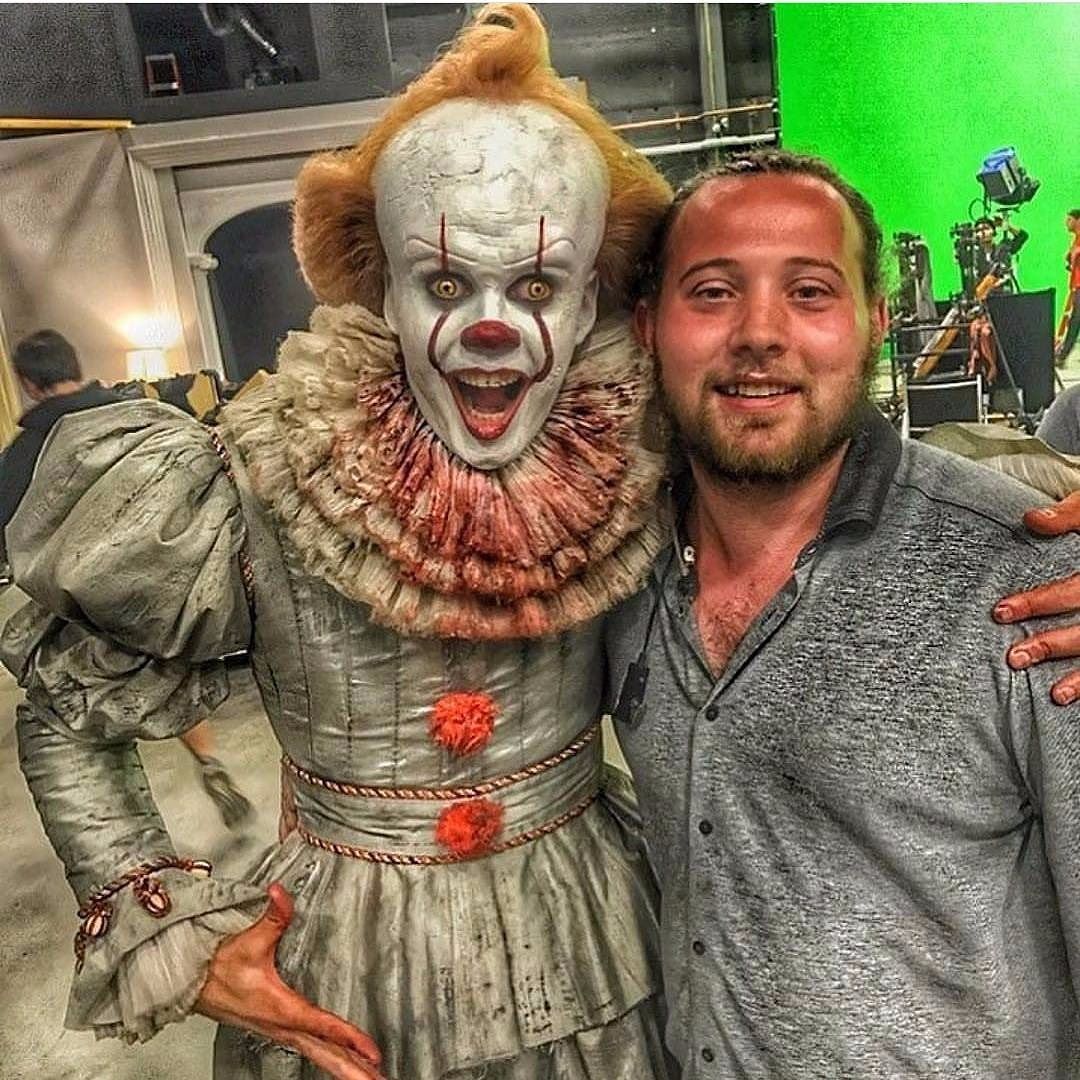 Luckily for us, Skarsgard has since confirmed that he is officially attached to the sequel. We can’t wait for the return of Pennywise!

5. The kids had the chance to choose their own counterparts for the sequel 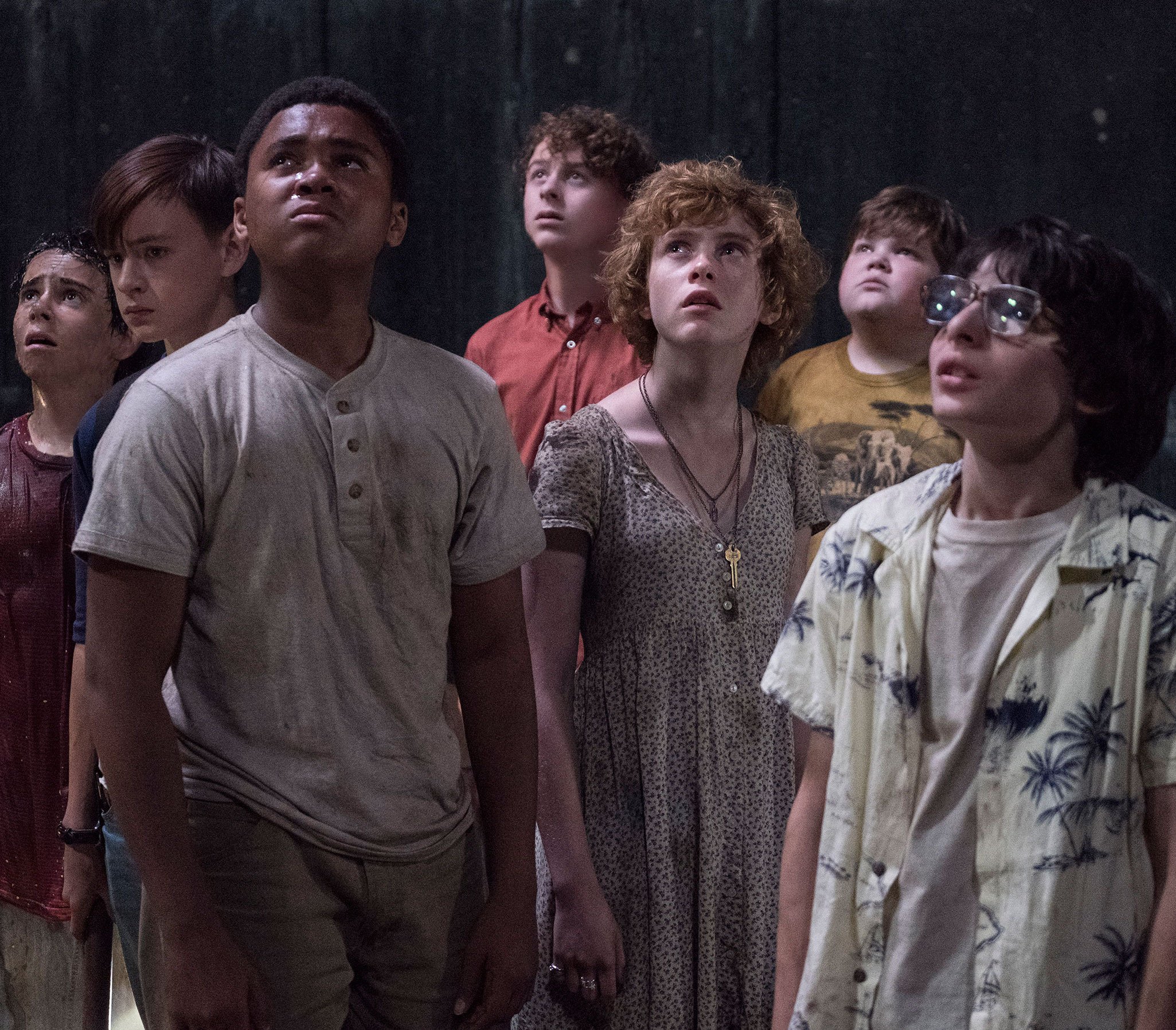 The cast of the ‘loser club’ were asked to pick who they’d like to play the adult versions of their characters, although only two of the requests actually came to fruition. 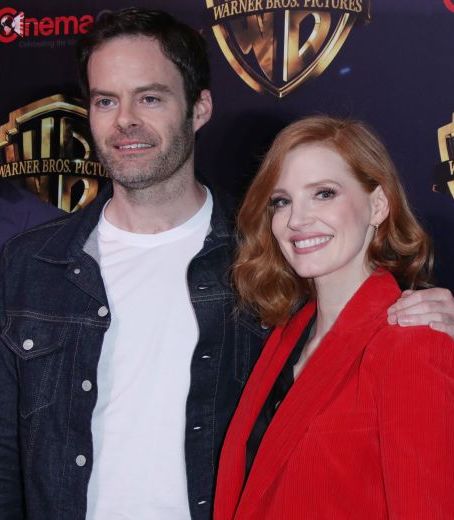 Some fans had an even wilder idea: the adults should be played by the kids from the original ‘It’ miniseries. Although there are some issues here, not least the fact that one of the cast members has since sadly passed away.

4. Bill Skarsgard was segregated from the rest of the cast and crew 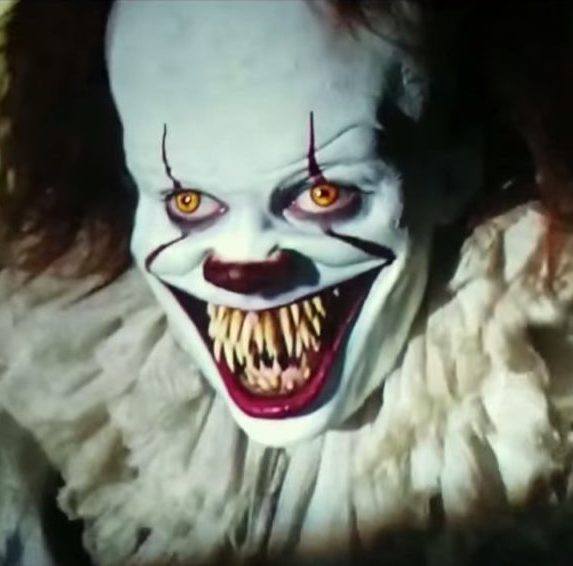 The director, Muschietti, wanted Pennywise to have maximum impact when the other actors first saw him. To achieve this, Skarsgard was isolated during the initial stages of filming.

Although Skarsgard agreed this would be an effective strategy, he admitted he felt lonely and was unable to bond with the other cast members. 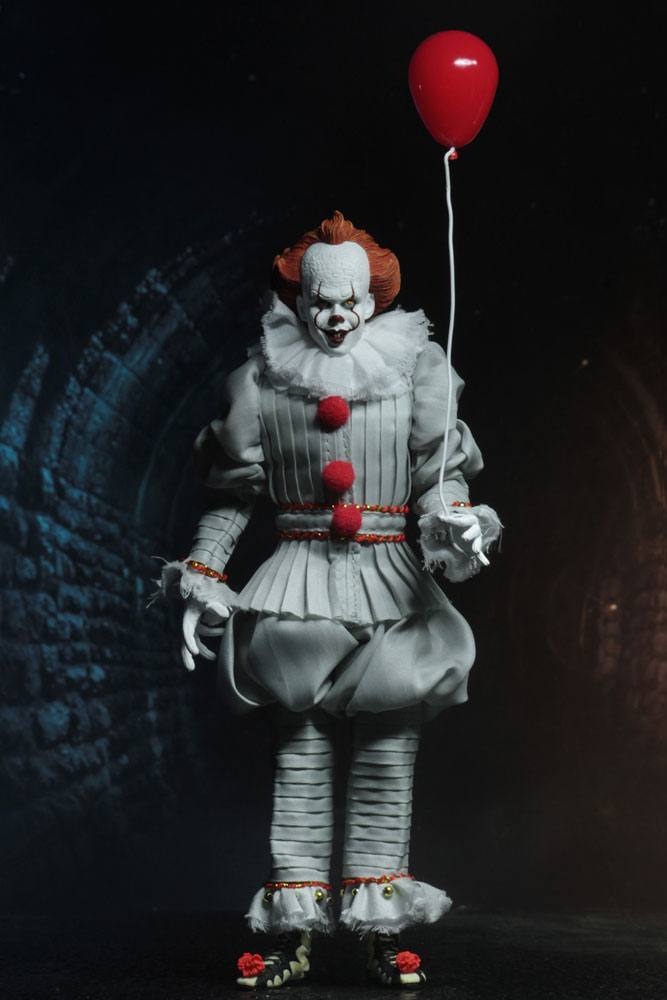 This feeling was heightened when he heard how much fun the other actors were having, with many calling it one of the best projects they’d ever worked on.

3. Skarsgard was fourth in line for the role of Pennywise 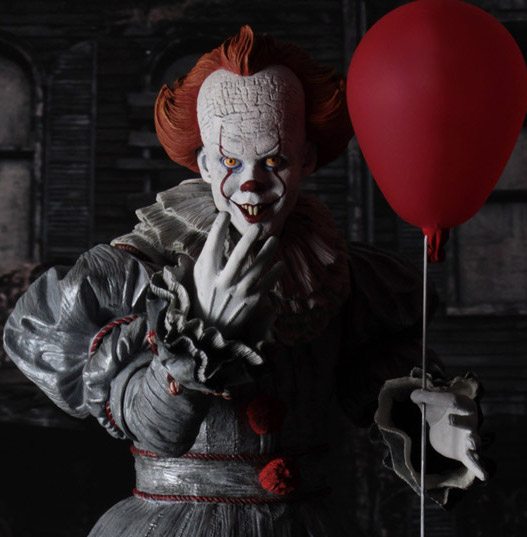 Of course, dibs went to Tim Curry, offering him the chance to reprise his iconic role. However, it seems he was not so keen.

Ben Mendelsohn was also offered the part, but turned it down after a dispute over his salary. Next in line was Will Poulter who was actually set to start filming before scheduling conflicts got in the way. 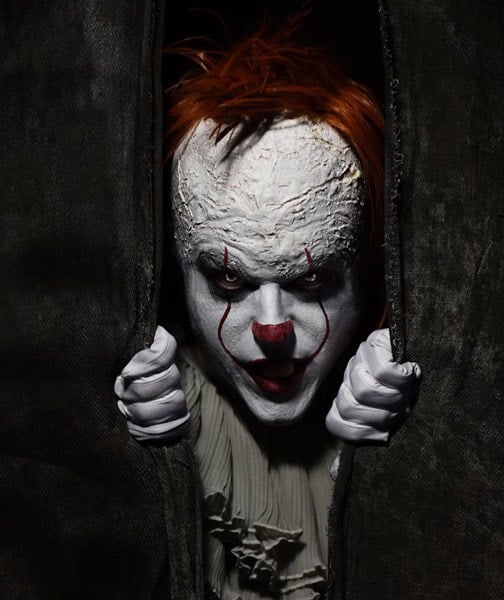 However, Skarsgard was the only actor to be personally offered the part by the main man himself, director Muschietti. 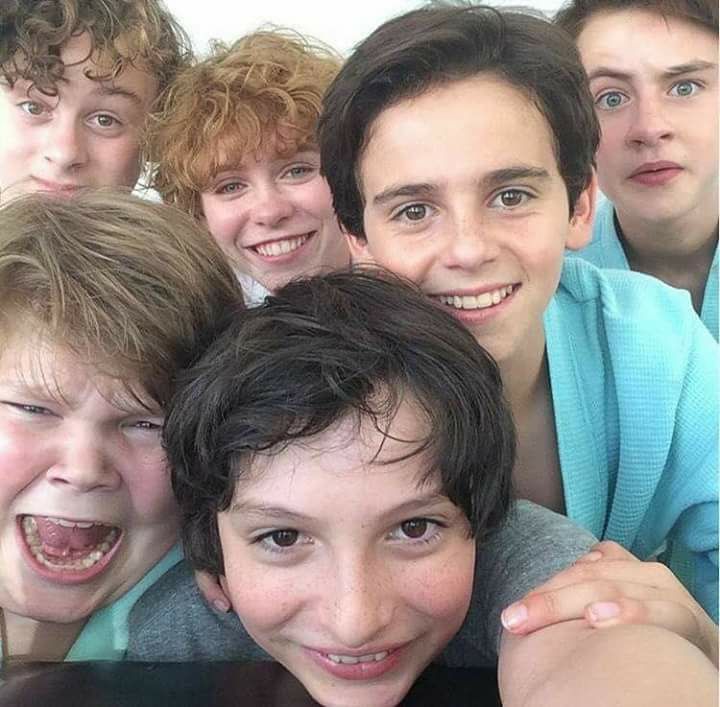 ‘It’ director, Muschietti, was very forward in his attempts to create a bond between the young actors, something which would be reflected in their on-screen chemistry.

He decided they would spend ten days together to get to know one another. He actually held a ‘bicycle camp’ because ‘kids these days don’t necessarily know how to ride a bike’. 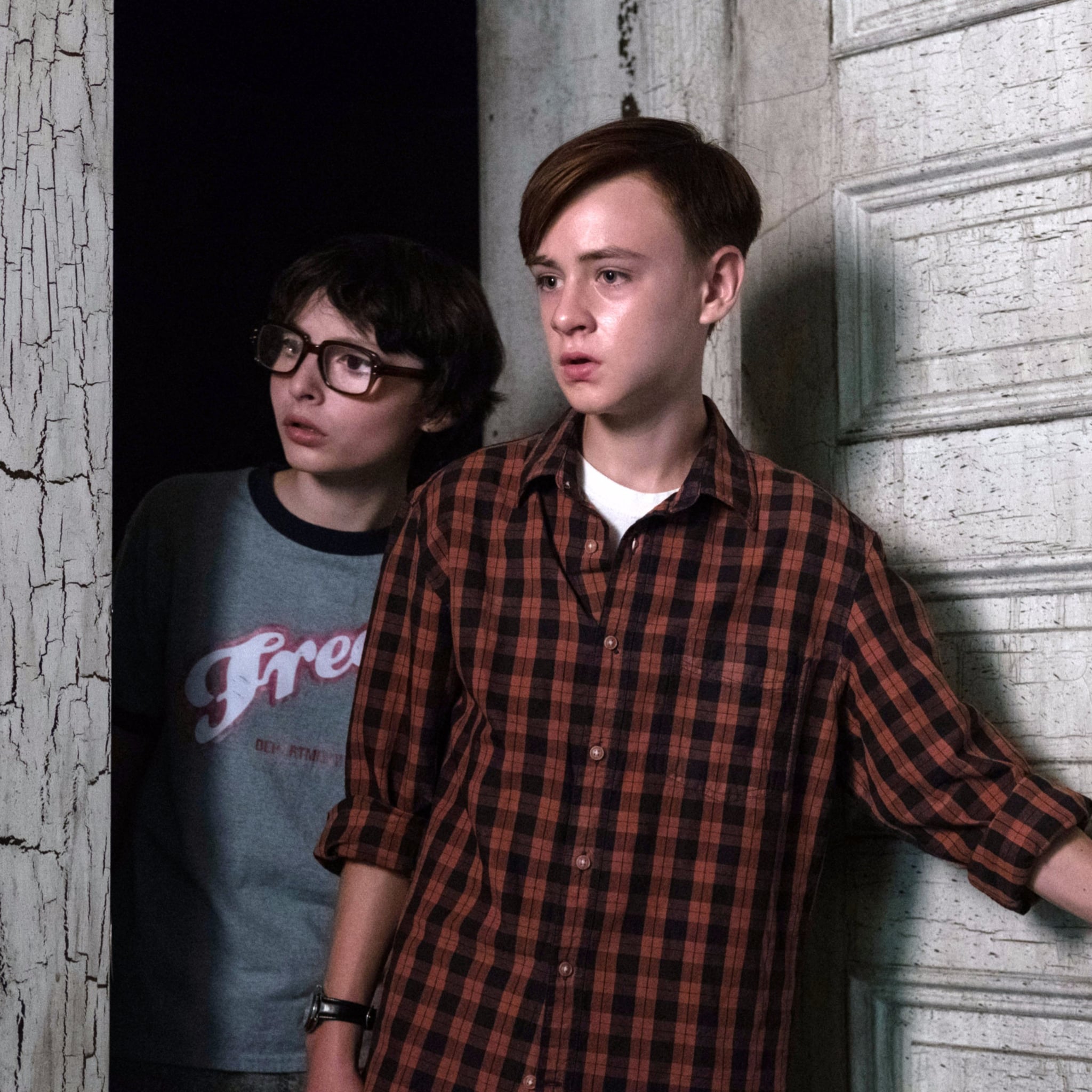 As a result, the cast all became good friends and were all proficient in time for their bike scenes. Of course, Stranger Things star Wolfhard is no stranger to a bike ride…

1. Bill Skarsgard was terrifying people even before his audition

On the way to his audition, Skarsgard decided to experiment with some varied maniacal laughs. Apparently, he cut quite a figure and was subject to some very perplexed looks from passers by.

He was, of course, in full clown get up which only added to the terrifying nature of the incident. 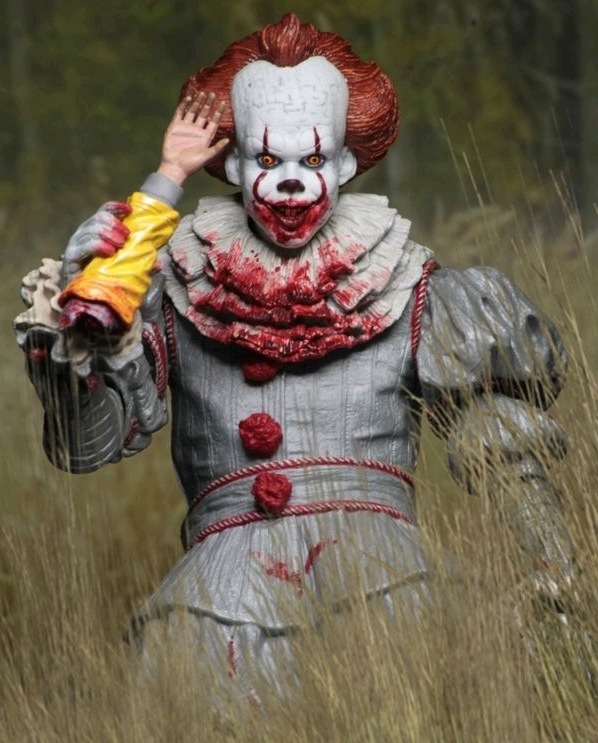 Skarsgard was keen to ensure his portrayal of Pennywise was as convincing as possible, saying ‘I have to scare a whole generation’.