Elvis is The King of Rock and Roll, “Elvis the Pelvis” – one of the most recognisable cultural icons of the 20th century. Back in the glorious days before One Direction and Westlife, Elvis Presley was topping the charts with his distinctive singing voice and provocative lyrics. He is known for a string of hits including “Heartbreak Hotel”, “Hound Dog”, “Love Me Tender” and “Suspicious Minds”. 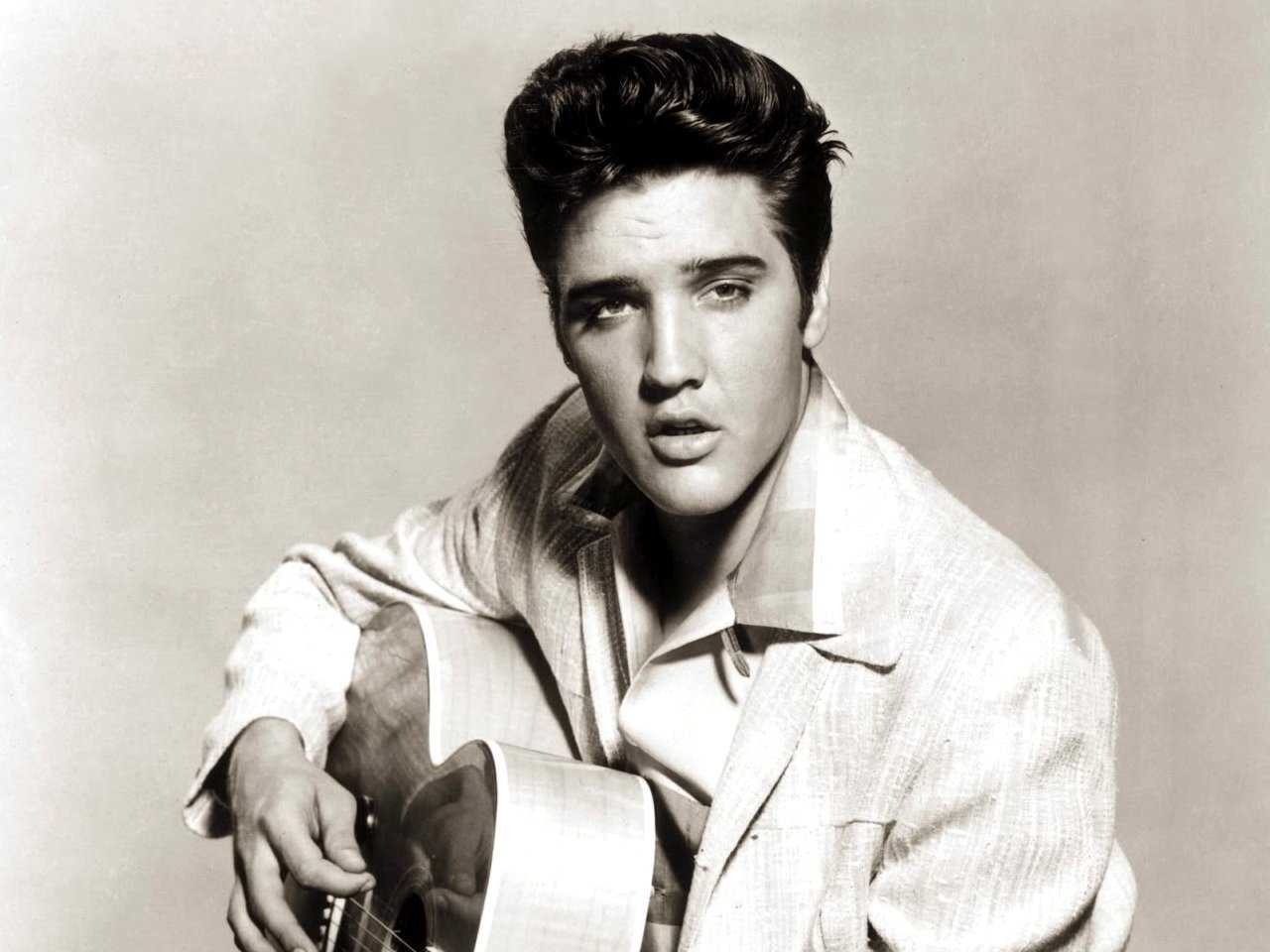 Outside of music, Elvis led an eccentric life which saw controversy surrounding his relationship with teenage schoolgirl Priscilla, as well as drug addictions in the latter years of his career. In the article below, we’ve brought you ten fascinating things you probably didn’t know about Elvis Presley. Find out about some of the bizarre rules he made Priscilla keep during their marriage plus we reveal the trouble his pet monkey Scatter got up to at Graceland.

10. He had a twin who sadly died at birth 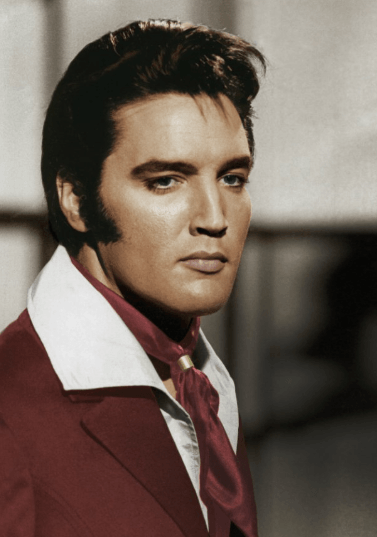 The King of Rock and Roll was born on January 8th, 1935 in Tupelo, Mississippi. His mother Gladys suffered complications during childbirth and unfortunately Elvis’ win, Jesse Garon Presley, died shortly after being born. Due to the trauma of this loss, Elvis’ mother suffocated her son with affection and the pair were extremely close until her death in 1958.

Apparently Elvis was so distraught that his mourning caused other guests at the funeral to become uncomfortable. Many people that knew him said he was never the same after Gladys passed away.

9. He used shoe polish to make his hair black 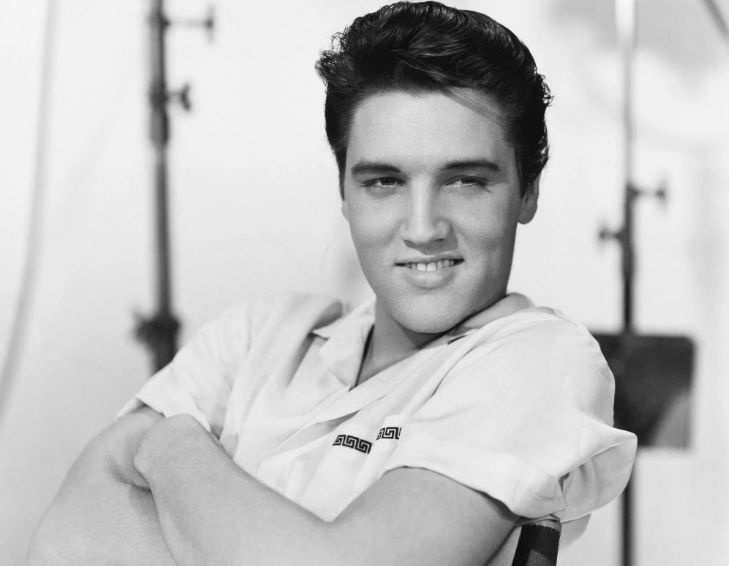 Memphis listeners quickly became acquainted with Elvis’ music thanks to his breakout track “That’s All Right”, which was played by local DJs up to 14 times a day! Memphis loved his songs but many people didn’t believe that Elvis himself was a white man. In fact, the only black thing about Elvis was his distinctive shiny dark hair – which he used to darken using shoe polish!

8. He didn’t write any of his own songs 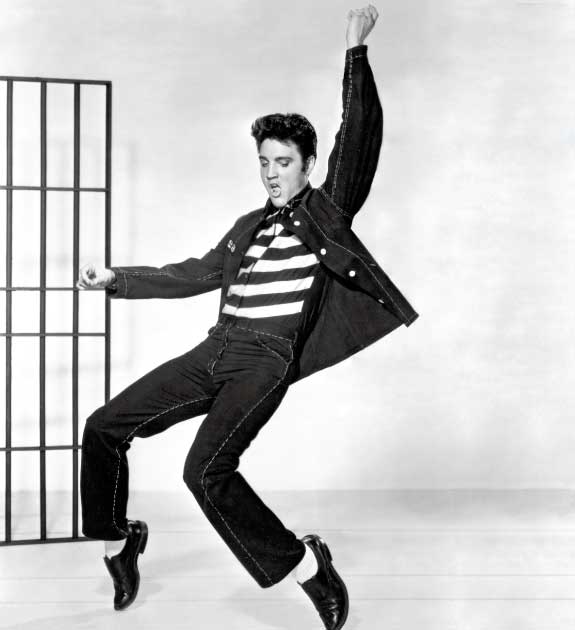 “Heartbreak Hotel” was one of Elvis’ first ever hits. Released in 1956, it became his first song to earn over one million dollars. However, Elvis didn’t write it – instead the track was written by Mae Boren Axton and Thomas Durden. Presley didn’t actually write a single one of his hits – the King’s appeal was based on his stage presence, singing voice and of course those gyrating hips (which quickly earned him the nickname “Elvis the Pelvis”).

7. He bought Graceland within the first year of his career 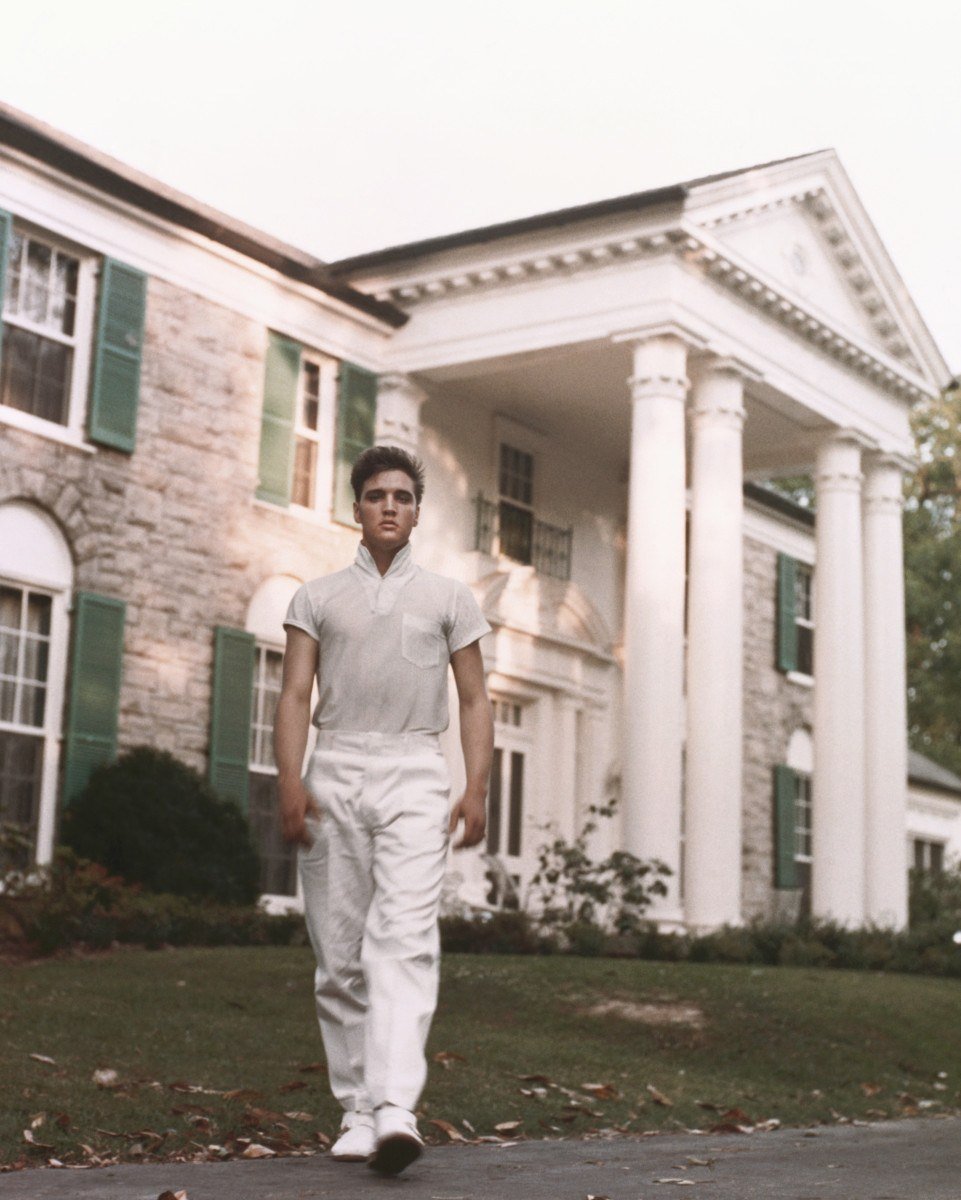 Elvis actually bought the Graceland estate in 1957 – a year after he experienced fame and success. He bought the property for $100,000. It has since become an important place of pilgrimage for any hardcore Elvis fans out there.

6. He asked Priscilla never to get dressed in front of him or apply make-up in his presence 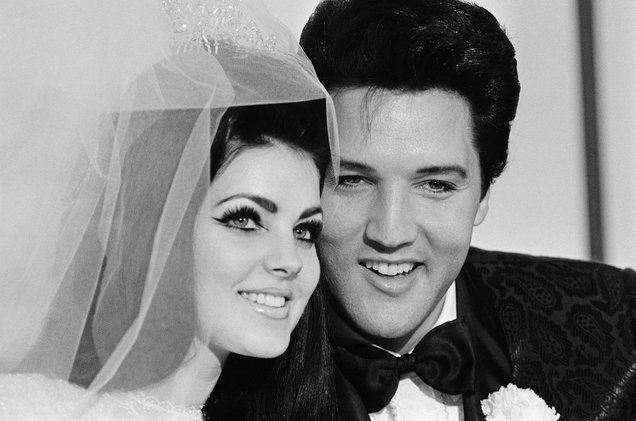 Elvis’s relationship with Priscilla was always mired in some sort of controversy. First there was the age gap – Priscilla was only 14 years old when she started dating the most famous man in the world (who was 24 at the time). And once they were married, Elvis insisted that Priscilla look her best at all times – she had to watch her weight and make sure she always dressed nicely for him.

Priscilla has since revealed that she wore make-up around him all the time, and wasn’t allowed to get ready or preen herself in front of him because Elvis liked to keep a bit of mystery around certain things.

5. He served two years in the military at the height of his fame 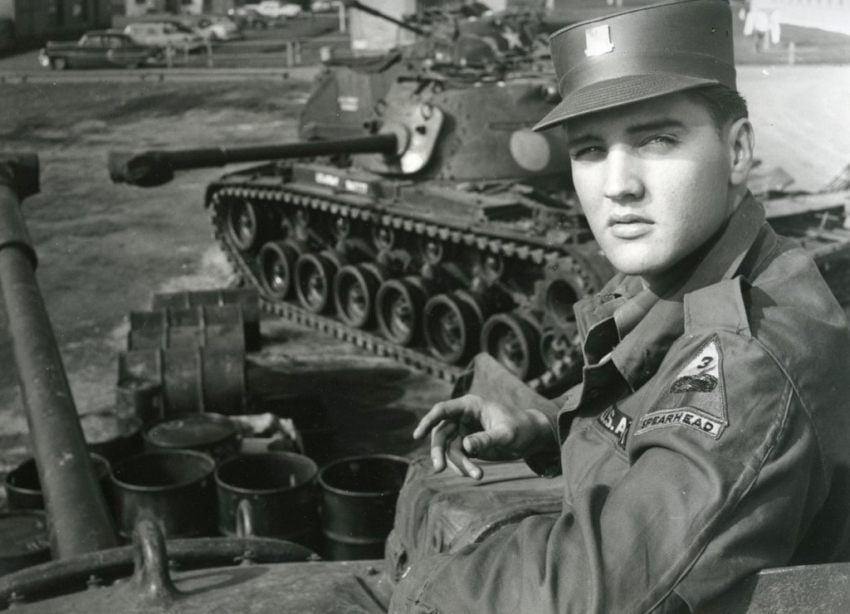 Elvis’ musical career was temporarily put on hold by a little thing called the Cold War. The King of Rock and Roll was drafted in 1958 and served two years in the army. At the time he put on his soldier’s uniform, Elvis had $400,000 cash, expensive cars and was adored by millions of women around the world. He left all of that luxury lifestyle behind for two years to serve as a soldier!

4. His manager was an illegal immigrant 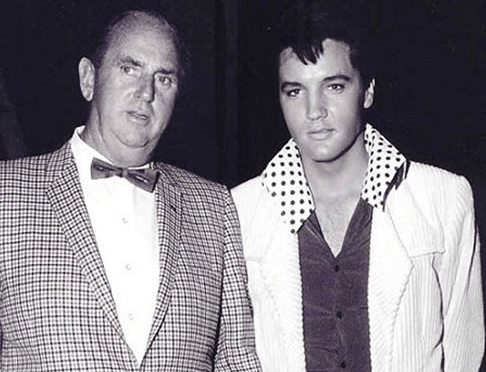 Colonel Parker exerted a lot of control over his talent. Parker was extremely aware of how the King was perceived in public, and it’s rumoured that he forced Elvis’ hand when it came to marrying Priscilla. However, did you know that Parker himself was an illegal immigrant from the Netherlands? This is one of the reasons why Elvis never did a European tour, and only did a handful of dates in Canada – if he went abroad, Parker would risk deportation!

3. He was an extreme germaphobe 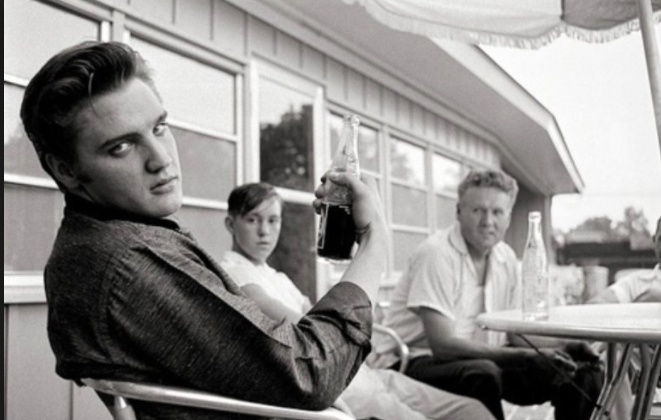 Priscilla revealed after their marriage that Elvis was an extreme germaphobe. For example, he used to sip glasses from the part above the handle, because he thought that too many people would have touched the handle itself.

2. He had a pet monkey named Scatter 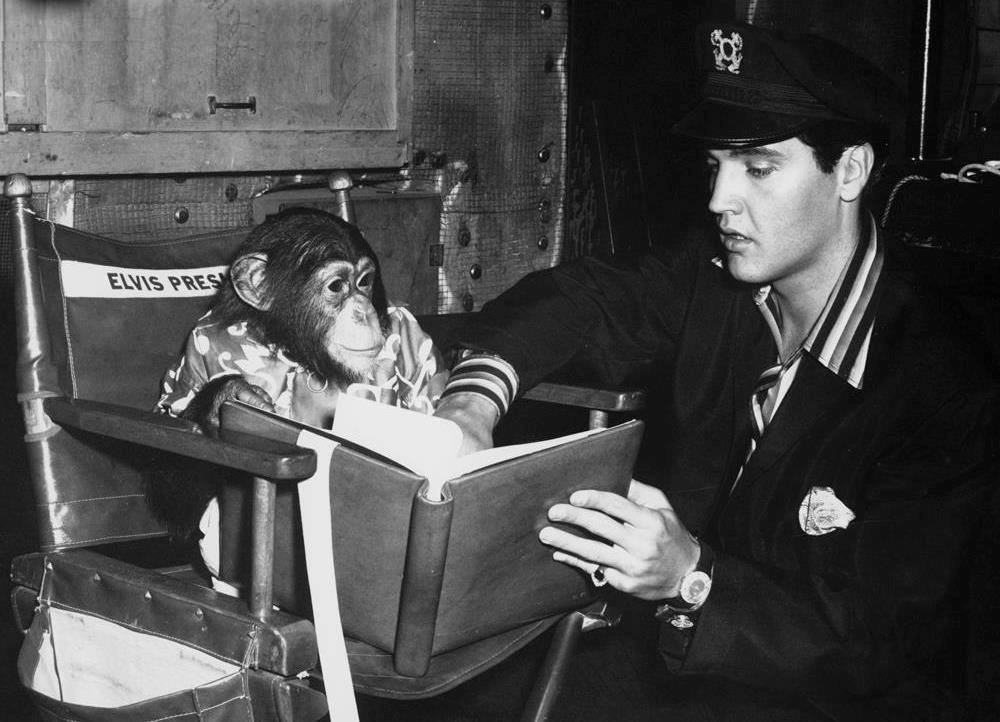 As well as Michael Jackson, Elvis Presley is another famed performer who decided to get himself a pet monkey. Elvis’ furry friend was known as Scatter, and he got up to a lot of mischief. He usually wore a Hawaiian shirt, and ended up terrorising guests at Graceland – he was once punched by a female guest who took offence after Scatter put his hands somewhere very inappropriate.

1. He was extremely trigger happy 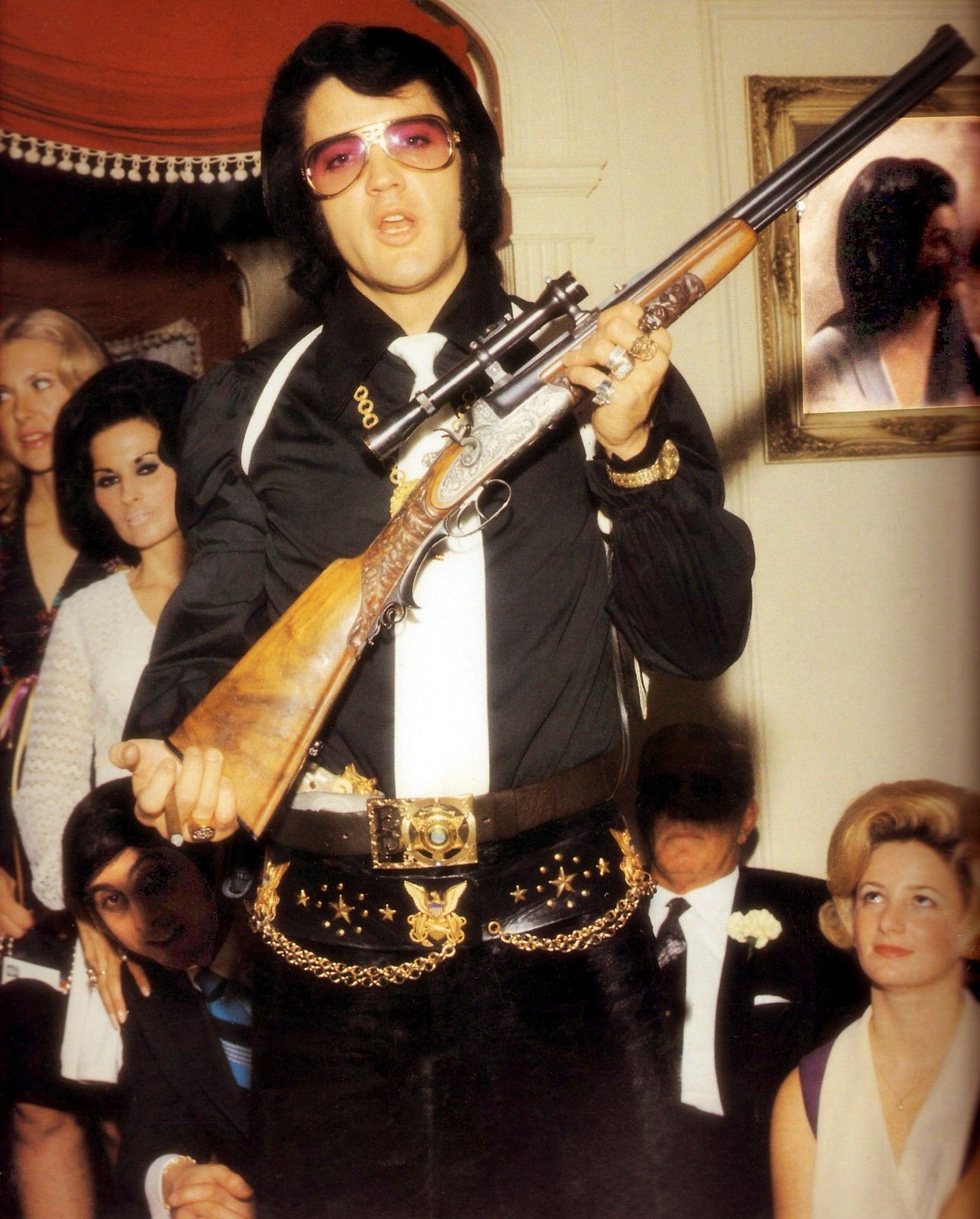 Presley was intrigued by guns from a young age, and finally started his own gun collection as an adult. In fact, he was so obsessed with guns that he used to leave them in his dressing room and would often carry them around. One girlfriend of Elvis named Ginger Alden said that he fired a gun at a TV set, while another time he fired a bullet into the headboard while she was sleeping to “grab her attention”. Yikes…