Despite being relatively young, David Tennant has long since cemented himself as one of the classic British actors of our time. Whether it was his fresh new take on beloved classic characters like Casanova, Hamlet and even the ghost of Christmas Present, or his legendary stint as the time travelling alien The Doctor, his name has become synonymous with quality, warmth and brilliance.

Throughout his 30+ year career, he has managed to play heroes and villains, aliens and ghosts, and now even celestial beings. With his newest starring role as the demon Crowley in the Amazon Prime limited series Good Omens making a splash both in the UK and beyond, we’re counting down the top ten things you still might not know about David Tennant.

10. David Tennant is not his real name 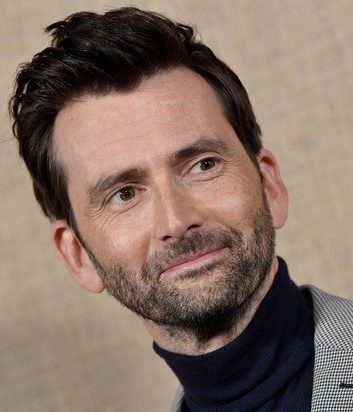 David Tennant might be a household name now, but it’s not actually the one he was born with. His real was actually the even more Scottish David McDonald, until he legally changed it to match his stage name.

He actually stole the last name Tennant from a member of his favourite band at the time The Pet Shop Boys, and was made to do it because there was already a David McDonald in both the drama school and acting union he wanted to join. 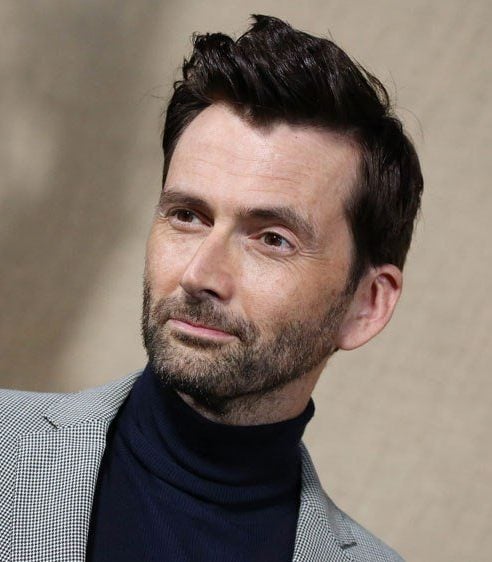 9. He married his (fictional) daughter 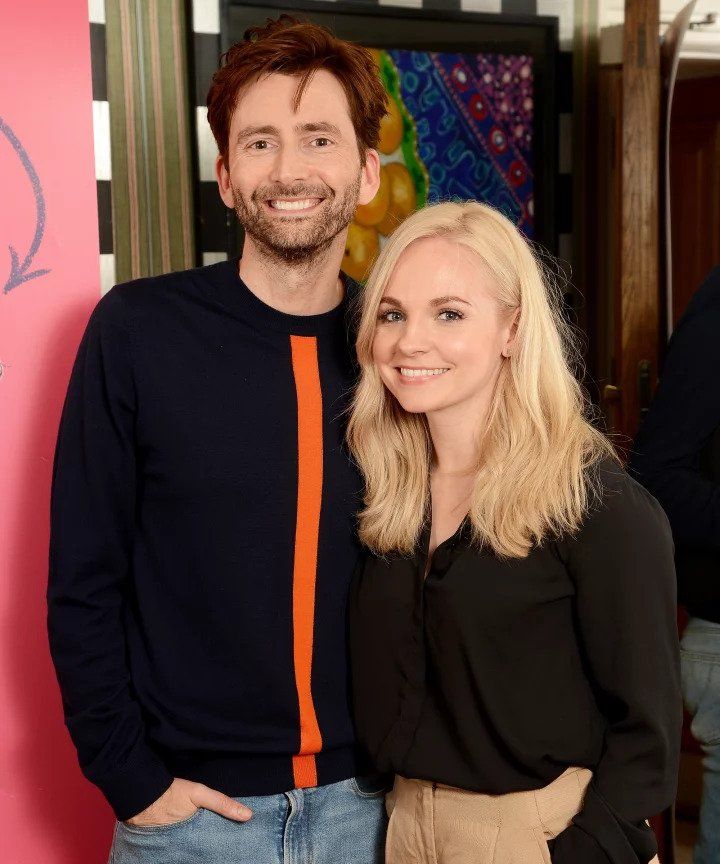 Doctor Who is a science fiction show about time and space travel, so it’s not unusual for situations to emerge that would be completely impossible in real life. For example, The Doctor having a fully grown daughter born in a cloning machine isn’t the kind of thing that would happen in any other show.

The episode with The Doctor’s daughter became one of the most popular of all time, which made things a little bit awkward when Tennant and Georgia Moffat (the woman who played his daughter Jenny) fell in love on set and later got married. 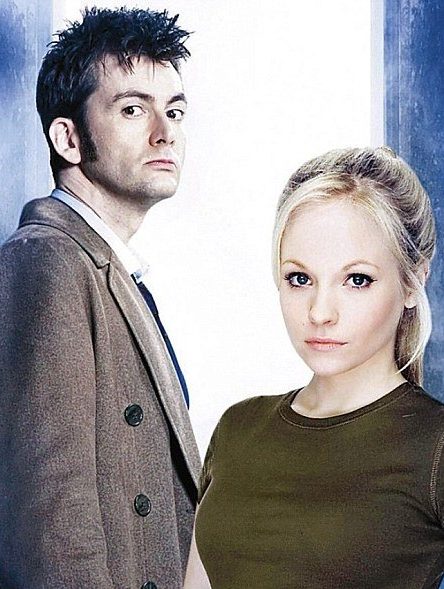 8. Who was also the daughter of another Doctor 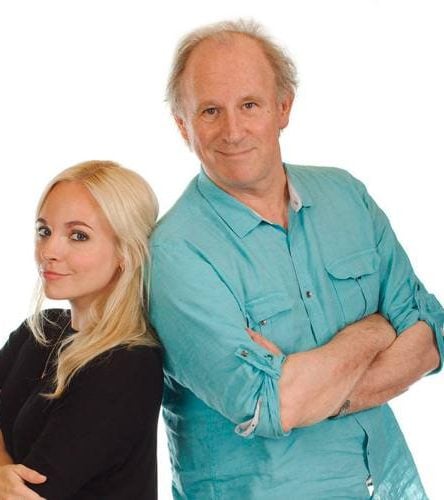 As if Tennant marrying the woman who played his daughter in Doctor Who wasn’t unlikely enough, Moffat herself is actually the daughter of another man who played The Doctor.

Her father is actually Peter Davidson, an actor who played The Doctor before the modern reboot, and even returned for Comic Relief to play the part again opposite Tennant’s Doctor – who is both himself and his real-life in-law. Confusing right? 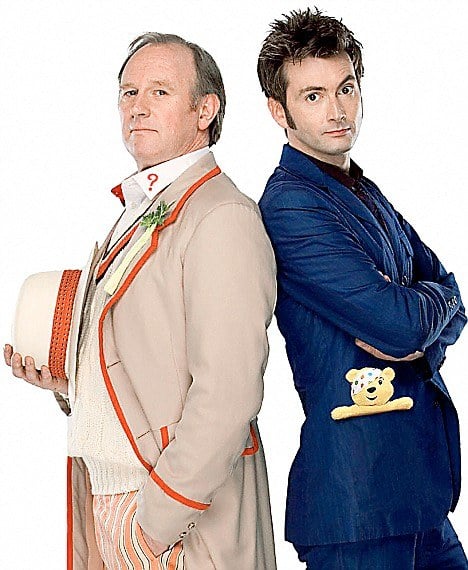 7. He made Shakespeare cool again 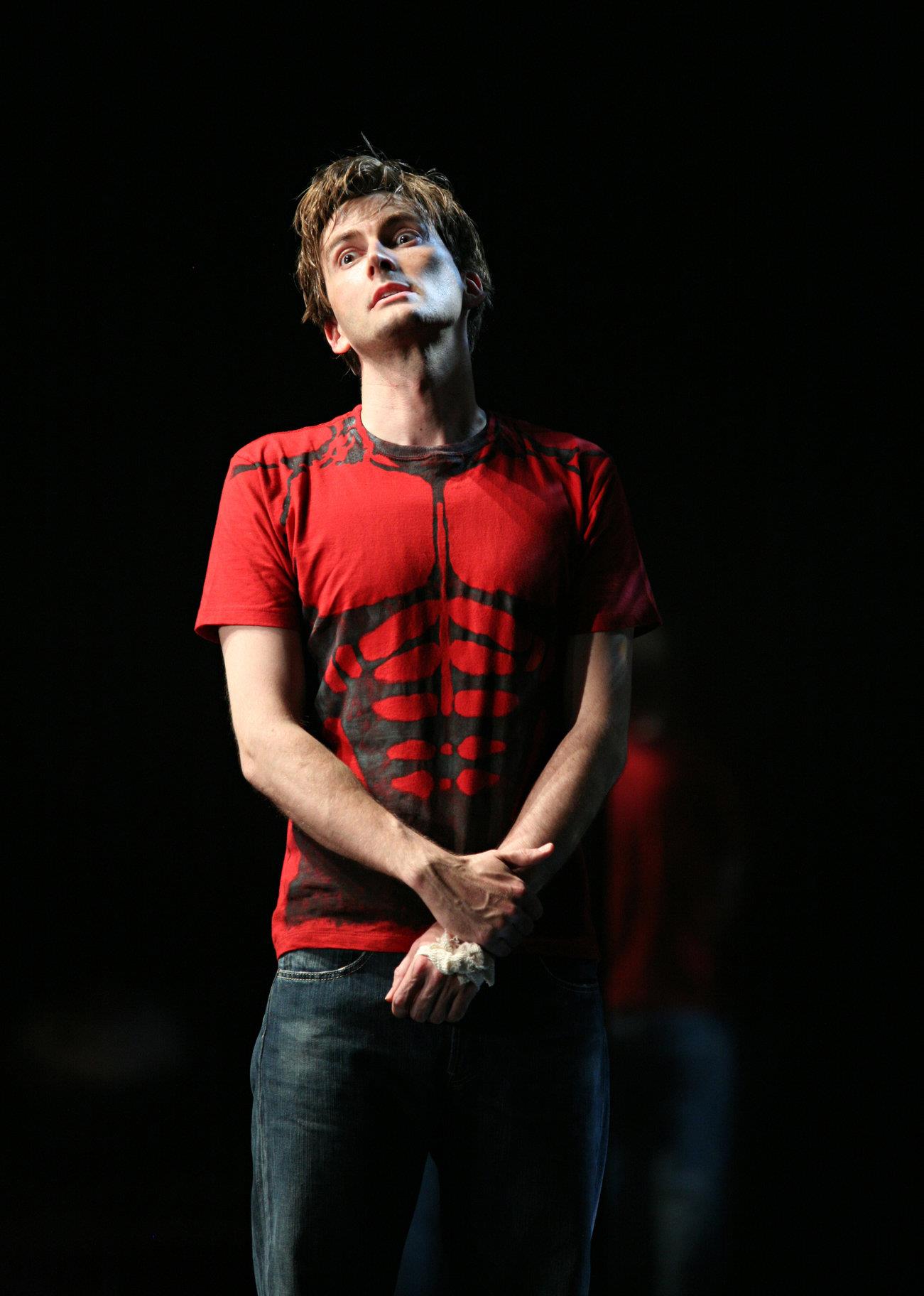 Classic British actors going on to star in theatre productions of Shakespeare is nothing new, in fact it’s something of a rite of passage. However, for all the treasured British names to tackle the Bard’s work, Tennant’s stint was one of the most popular by far.

When it was confirmed that Tennant would be playing the mad prince himself in Hamlet, tickets sold out in only a couple of hours, and fans queued at the box office for hours – just for a chance of scoring cancelled tickets on the door. Not only that, but some fans set up tents and camped over night for the chance to see him in the role, as though it was a rock concert and not a performance of Shakespeare. 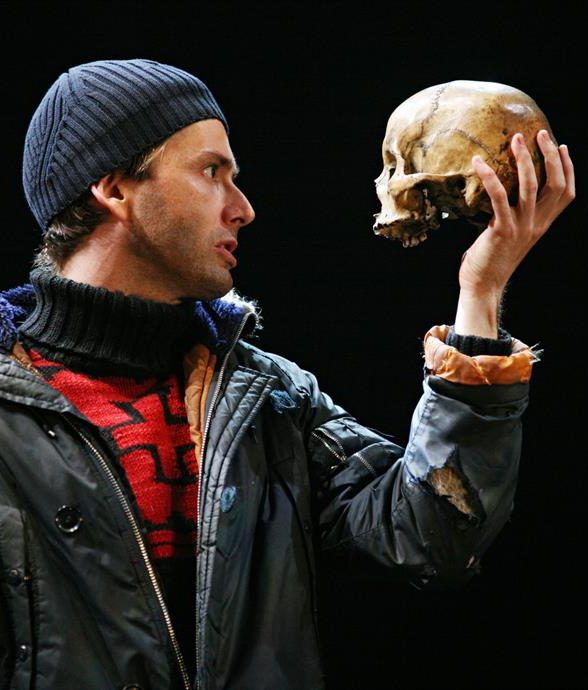 6. His celebrity crush is kind of weird 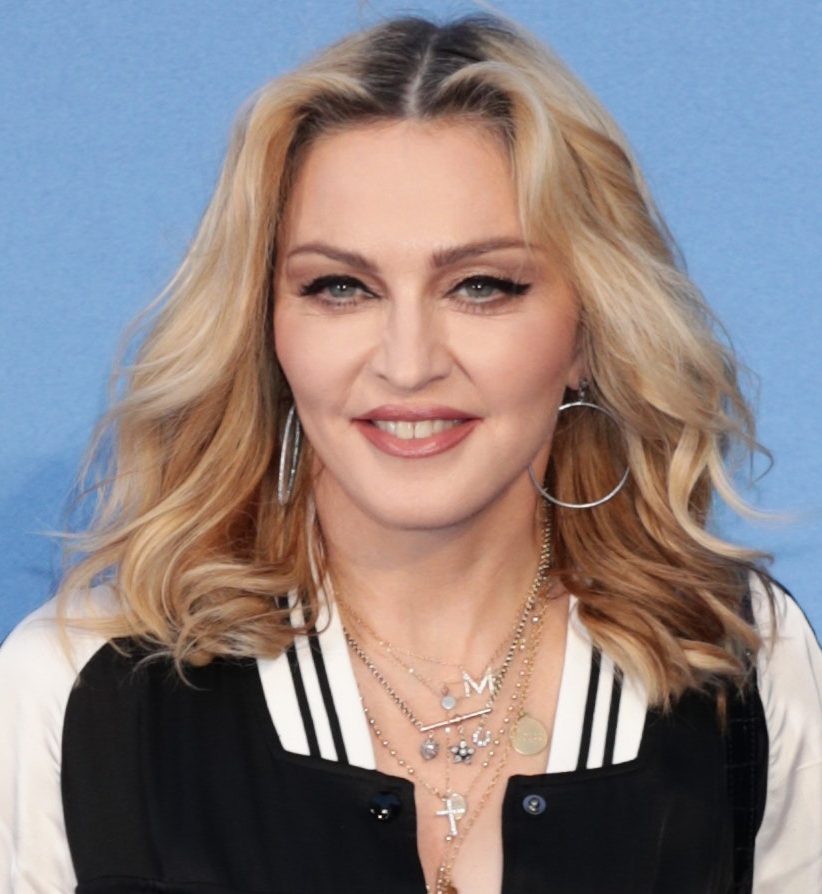 Despite focussing on offbeat, villainous and humorous parts throughout his career. Tennant has still managed to become something of an inadvertent heartthrob. As well as a loyal and fervent fanbase, Tennant has gathered a small collection of celebrity admirers that readily admit to crushing on him in interviews. One of these includes the pop star and one-time co-star Kylie Minogue.

David Tennant is happily married with five kids now, but as a teenager his crushes did run in the pop star vein. In particular, he was obsessed with Queen of pop Madonna as a kid, and has claimed in interviews that she was the first woman he ever actually paid attention to. 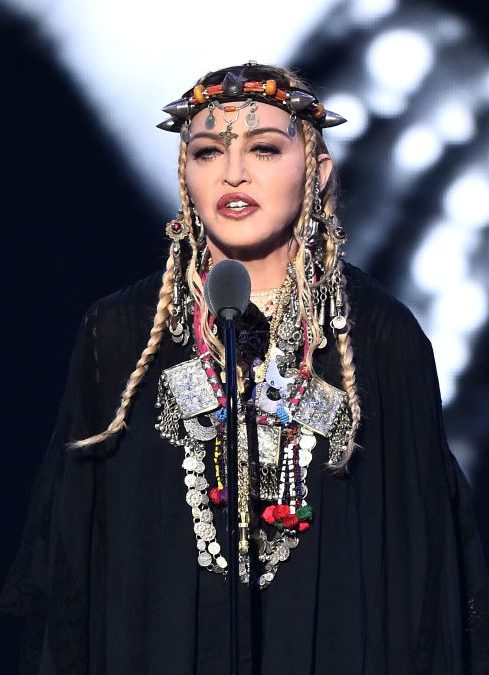 5. He co-starred with The Doctor in his first ever movie 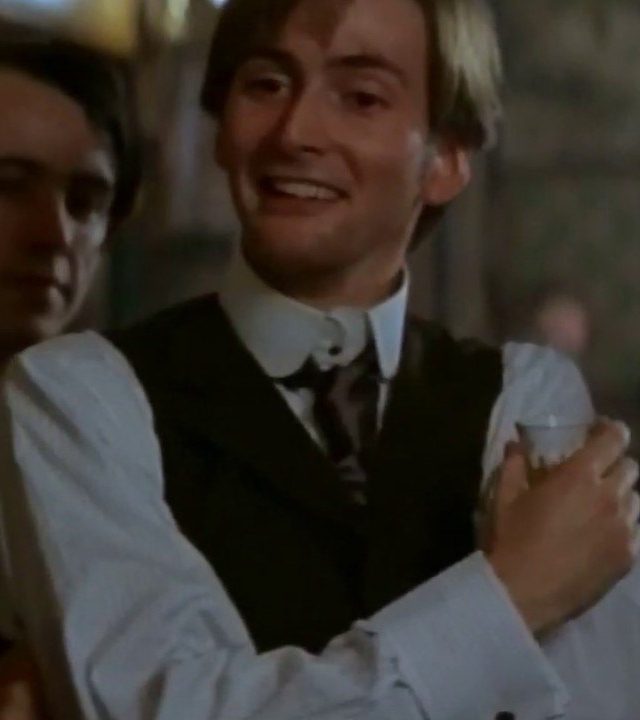 The unique thing about The Doctor is that he is not limited to being played by just one actor, or even actors of one race or gender. That means that, like James Bond, actors who have both played the same character can find themselves sharing the screen.

That happened with David Tennant and Christopher Eccleston and David Tennant – otherwise known as Doctor’s nine and ten. Eccleston starred in Jude, a movie about an unhappily married man seeking to find true love without the knowledge of his spouse. As for Tennant, it was his first ever movie role, and he played a bit part that was only credited as “drunk undergraduate”. 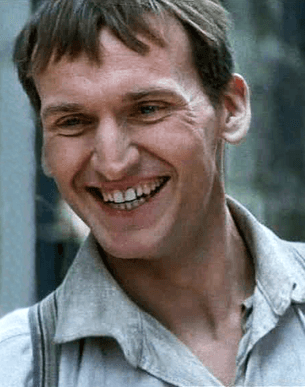 4. He had to get therapy following Doctor Who 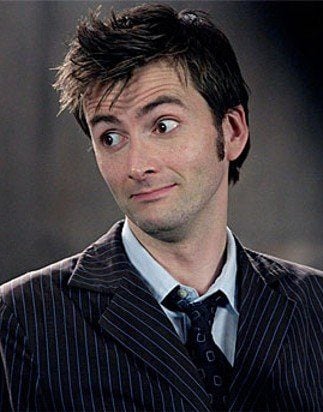 For David Tennant, the role of The Doctor was the role of a lifetime, but that doesn’t mean it was all smooth sailing. After being a fan of the show for so long, finally being given the opportunity to play the character was almost overwhelming, so much so that he considered for a moment turning the job down.

Even once he accepted the role, he had to start seeing a therapist, in order to cope with suddenly being shot into the spotlight almost overnight. Though he loved every minute of filming, he said that suddenly being so well-known made him feel raw and vulnerable, and there was so much pressure on him to do the character justice that it felt like too much at times. 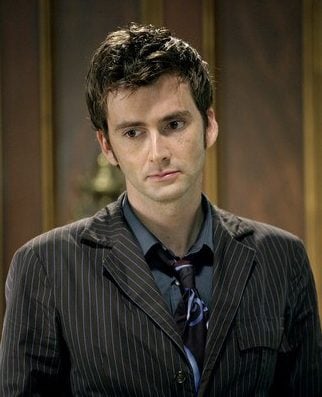 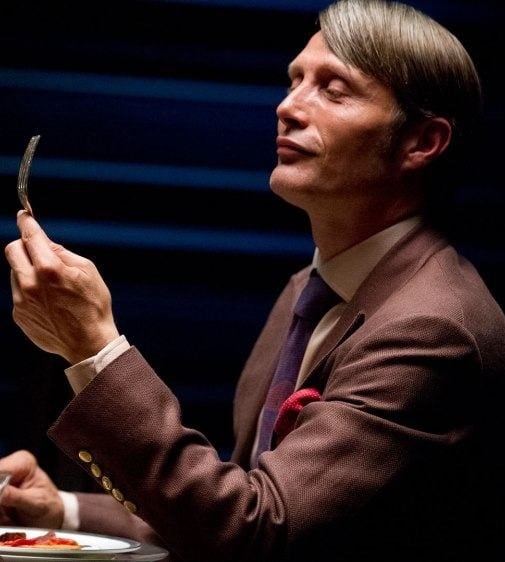 Tennant has a reputation for being a perfect angel in real-life: always willing to stop in the street to chat with fans, and always more than happy to take pictures and sign autographs. However, despite his famously sunshine-y demeanour, many of the parts he has gravitated to over the years have been dark, twisted and even downright disturbing.

For example, he auditioned for Bryan Fuller’s TV adaptation of Silence Of The Lambs Hannibal, and made it all the way to the final stages. Fuller loved him for the part of Dr. Lector himself, so much so that when Mads Mikkelson was confirmed for the character instead, Fuller asked Tennant to take a featured role on the show. Sadly he had to decline, but the two are still determined to work together. 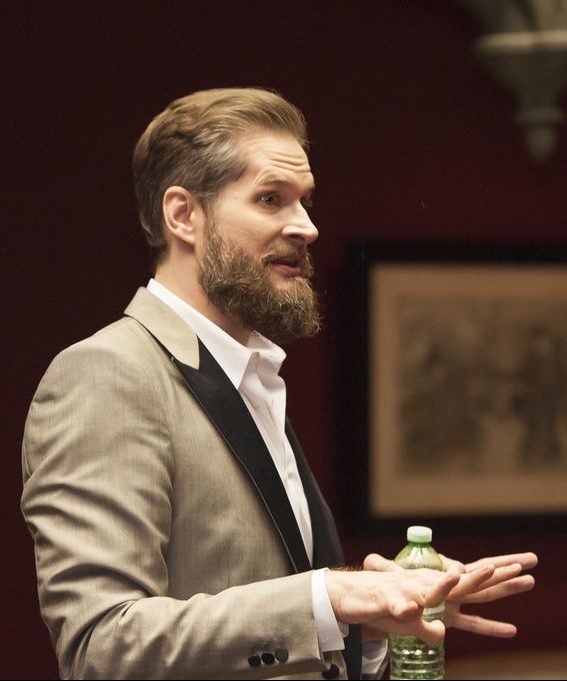 2. There’s never been a bigger Doctor Who fan 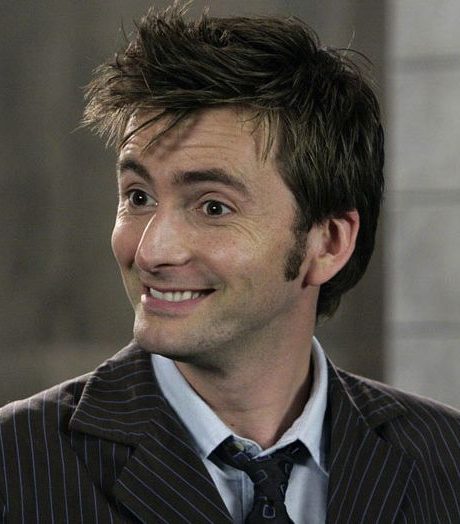 It’s a running joke that almost every British person is a fan of Doctor Who, but David Tennant goes way beyond normal levels of fandom. As a child, he only became set on becoming an actor so that he could one day play The Doctor, and constantly refused advice that he should try and prepare himself to play more sensible or grounded parts.

He even went so far as to write a letter to the official Doctor Who magazine, and tell his agent immediately after getting representation that The Doctor was his ultimate dream role. Hopefully he didn’t add that he had asked his grandma to knit him a long Doctor Who scarf, and often pranced around the house pretending to be a Time Lord. 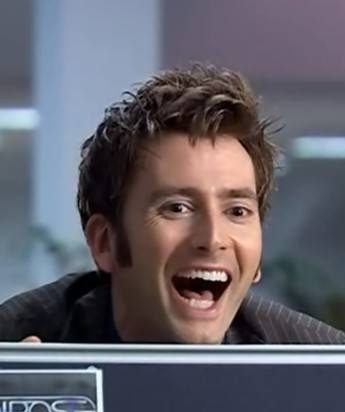 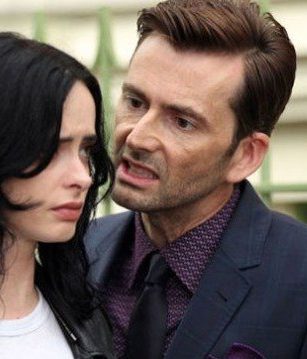 It’s hard to imagine that such a wholesome person and actor would be capable of playing monsters, but David Tennant has spent half of his career proving that he has a serious dark side. Whether it’s a petty miser with a heart of gold, like as Scrooge McDuck in Ducktales, or conniving super villains like Zebediah Killgrave in the Marvel series Jessica Jones, he has proven time and time again that he has the depth to play less likeable characters.

This trend has continued into his latest role, that of Crowley the demon in the Neil Gaiman and Terry Pratchett adaptation Good Omens. Though he’s playing a demon who definitely has his devilish moments, the part is also full of humour and genuine warmth, making it the perfect role for an actor like Tennant. 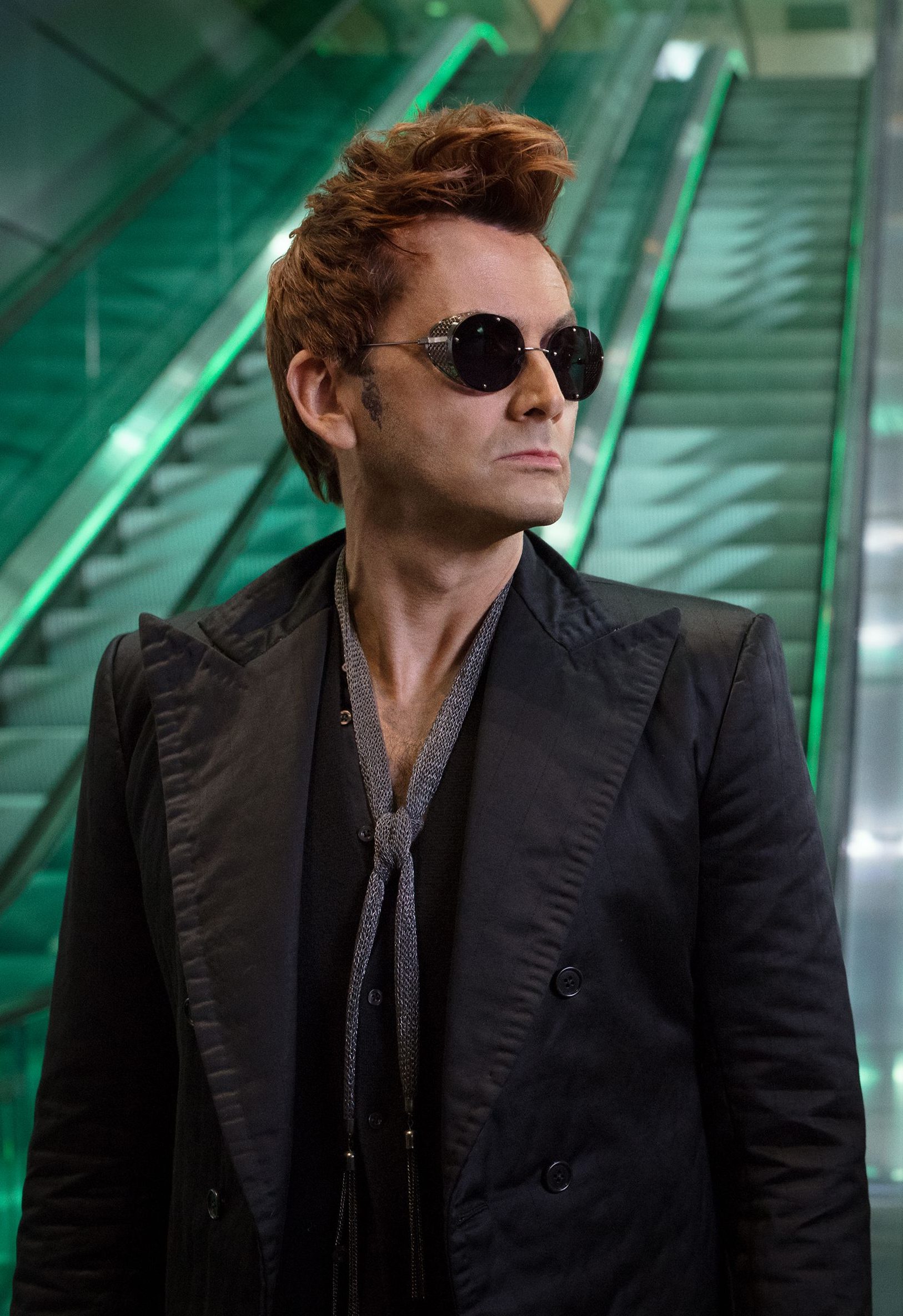