Chris Pratt, full name Christopher Michael Pratt, is known the world over as Peter Quill, aka Star Lord in Guardians of the Galaxy.

Before this, he was known as the loveable Andy Dwyer in the NBC sitcom Parks and Recreation, for which he was nominated for the Critic’s Choice Television Award for Best Supporting Actor in a Comedy Series.

Due to his rising fame, Time named Pratt one of the 100 most influential people in the world. But enough of what we know, what about what don’t know.

10. He broke into movies whilst working at Bubba Gump

Before making it as an actor, Chris Pratt was working at a Bubba Gump Shrimp restaurant.

One evening, he was waiting on the table of a director by the name of Rae Dawn Chong. 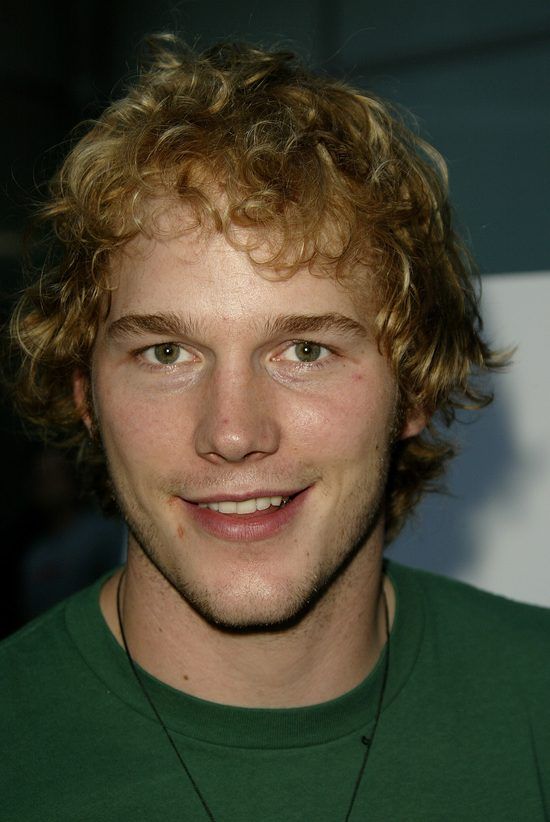 She is the daughter of the comedian, Tommy Chong, and planned to shoot a low budget horror budget film when she spotted Pratt.

She bought him a ticket to Hollywood a few days later in order to shoot the movie. 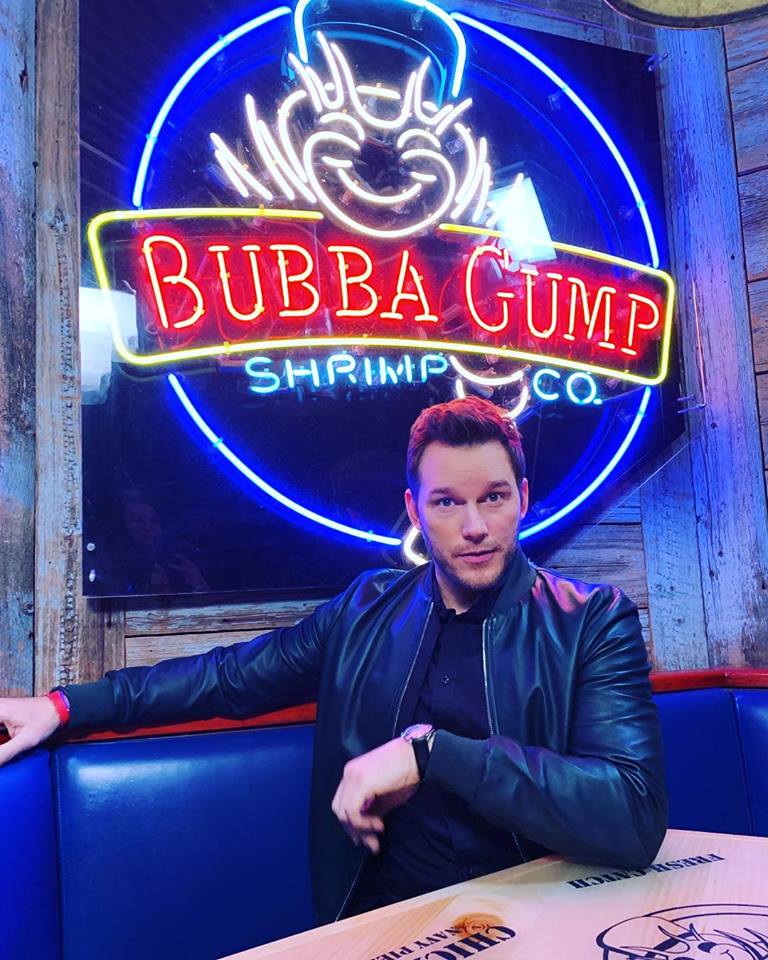 It received very little attention, but it was enough for Pratt to catch the acting bug.

He went on to audition for every role that was having a casting call. 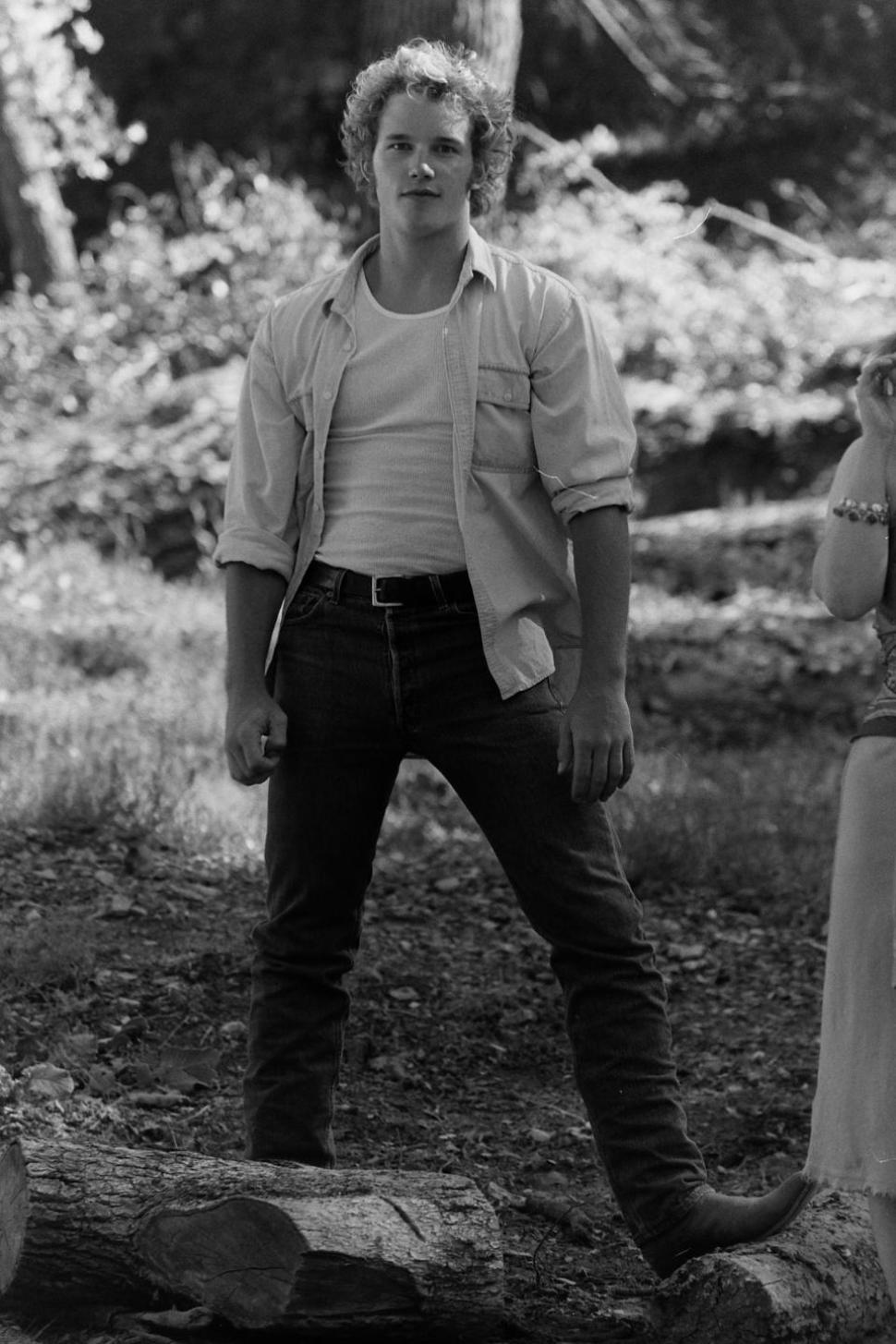 9. He worked as a male stripper

As well as working at Bubba Gump, another way Pratt used to make money before becoming an actor was being a stripper.

Pratt has been quite vocal about his days where he would earn money for taking his clothes off.

“I was always a very much naked person. I loved to always get naked I was very free, so I thought, I may as well get paid.”

Most of these gigs were when he was around 18, including bachelorette parties, but he says the most memorable was taking his clothes off for his friend’s grandmother’s birthday party. 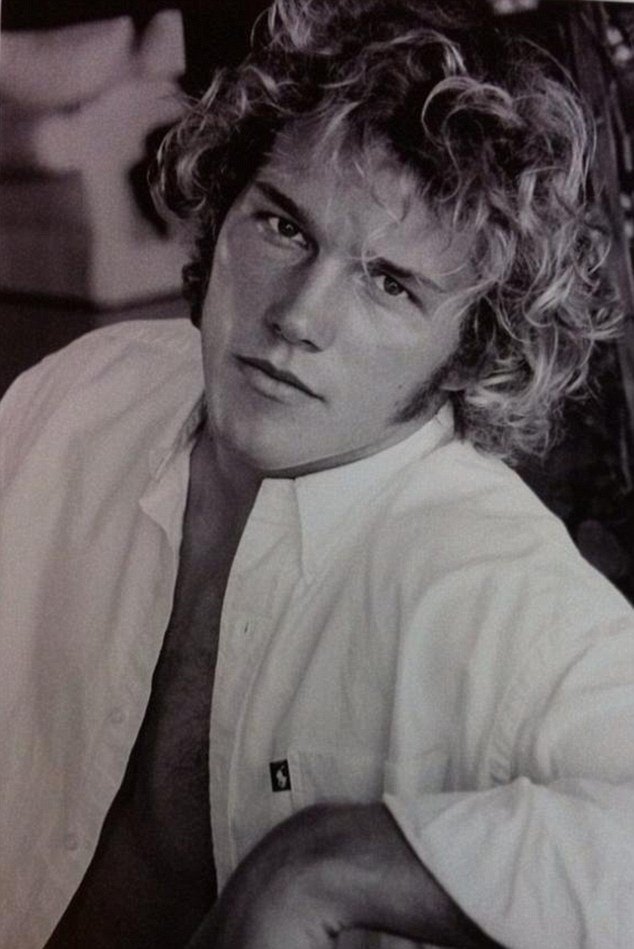 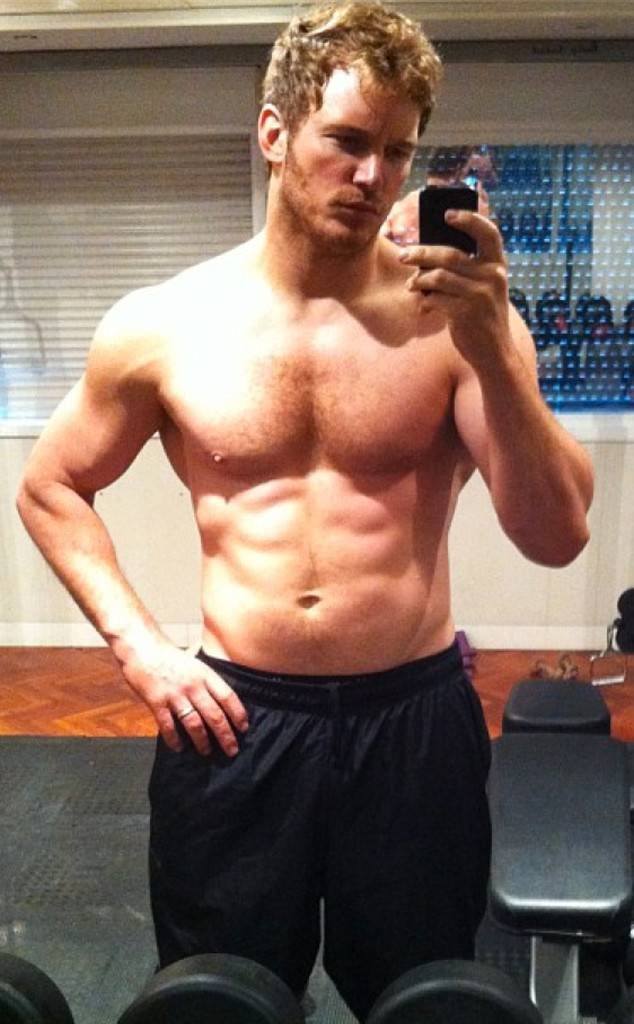 8. He used to be a wrestler

Chris Pratt says that his fond memories of wrestling are the communities that are made in a wrestling programme. 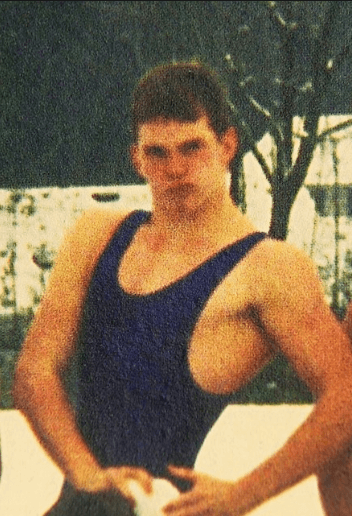 He got to be captain of his wrestling team, and said that they had a lot of champions that came through that hall.

He also has fond memories of going to wrestling camps in Idaho and going on the road. 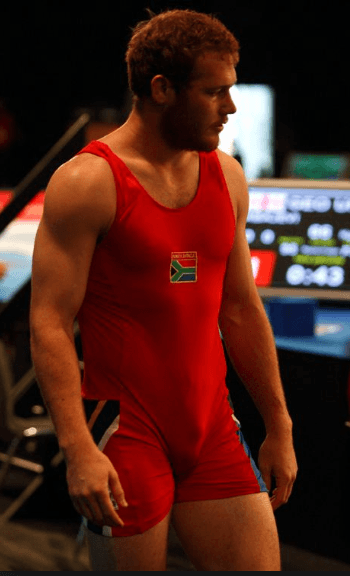 Chris’s wrestling coach once asked him what he would like to do with his life. 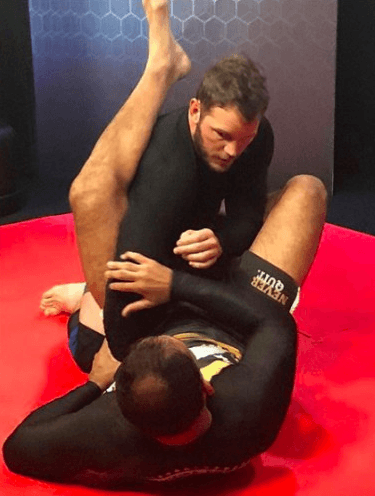 7. His first foray into acting was in the WB show, Everwood

Before appearing in Guardians of the Galaxy and Jurassic World, Chris Pratt starred as Bright Abbot in the WB show Everwood.

He starred in the show from 2002-2006 and played a goofy, kind-hearted guy who quickly became a fan favourite. 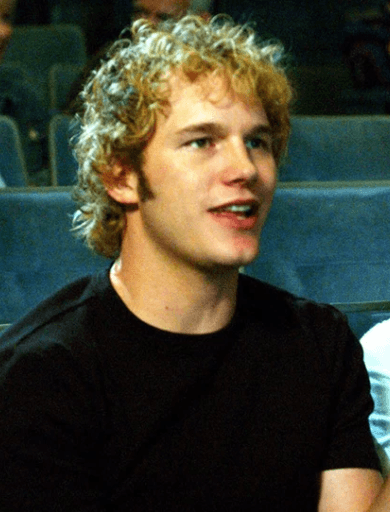 When the cast of the show got together for a 15th anniversary, Chris was unable to make it (probably busy being a major star,) but his cast-members gushed about him.

John Beasley, who played Irv Harper, said Pratt had: “a lot of the qualities that would make him a star.” 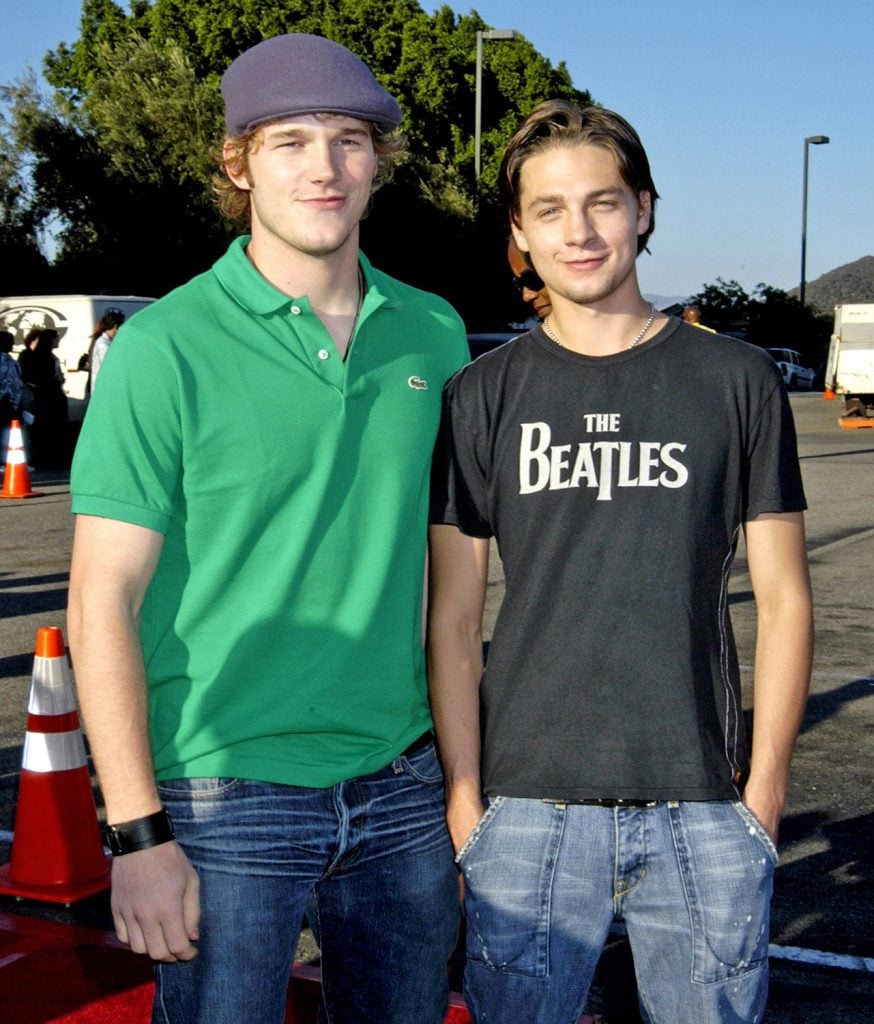 They also remembered the actors fondness for eating.

“Every time in the dailies, we would watch and be so impressed,” creator Greg Berlanti said. “He would eat every plate that was on the table.” 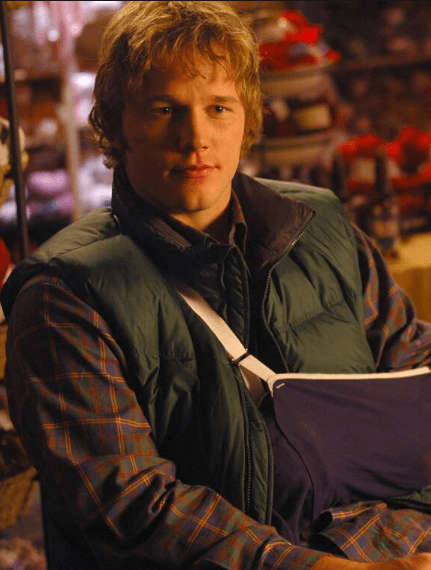 6. He once had a warrant out for his arrest

When appearing on The Late Show with Stephen Colbert, Chris Pratt revealed that he was once a coupon salesman.

He said it was more about promotions and “for twenty bucks, you could go and get oil changes for your car.” 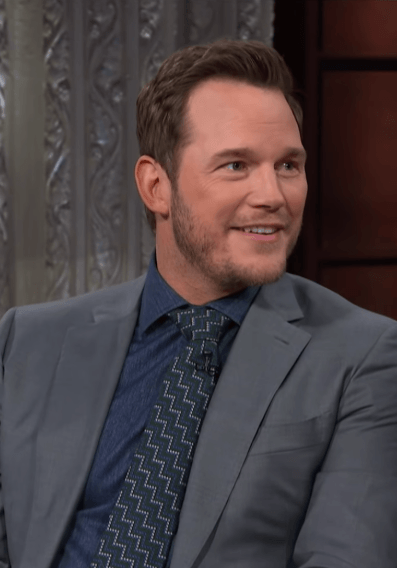 Colbert asked if Pratt was any good at the job. 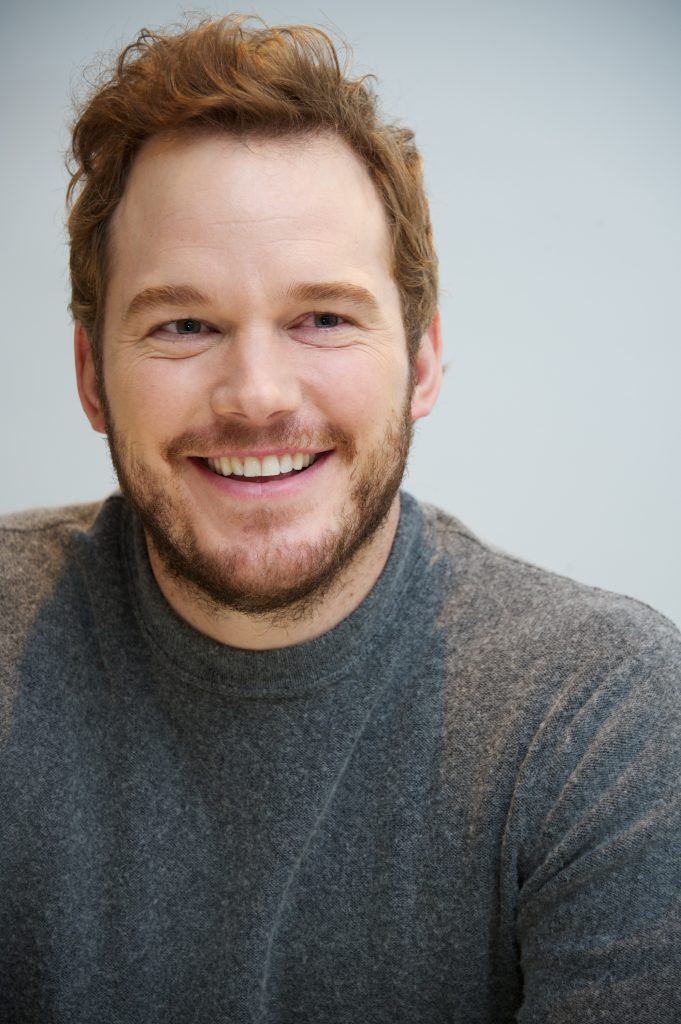 He said as a result, he got an insurance ticket which he couldn’t pay for, which in turn lead to an arrest warrant.

He says he will now buy anything from a salesman…so if you’ve got something to sell…get yourself over to Chris’s place. 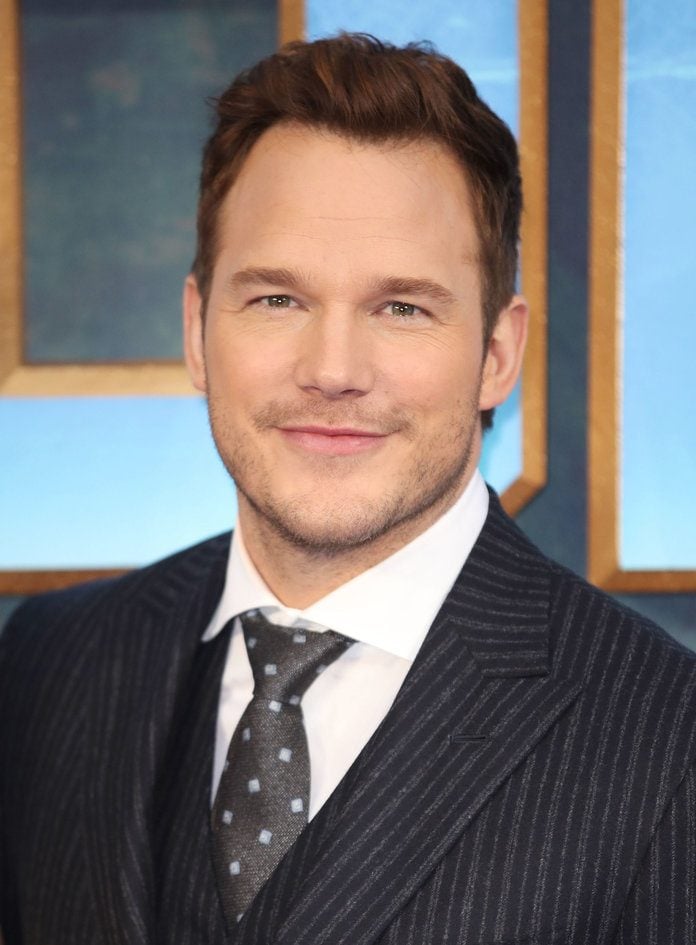 5. He was only supposed to guest star in Parks and Recreation

Chris Pratt arguably became a household name for his role as Andy in the NBC comedy, Parks and Recreation.

However, his role was only supposed to be as a guest star in the first season. His character was a hit, and he was written into the show as a regular. 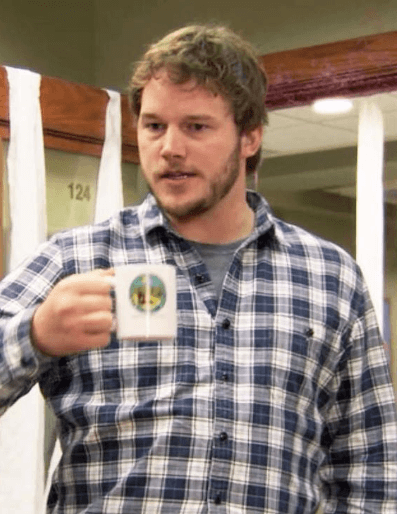 At a press tour for the seventh and final season, Chris Pratt was asked when he never left Parks and Rec despite having more opportunities that arose when becoming a global megastar.

He replied: “Oh, man, it’s funny that you would ask that because it never once occurred to me… I’ve never even asked myself the question.” 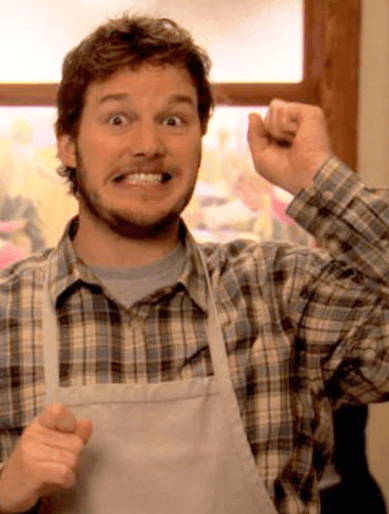 “You know, I’ve been in this business for 15 years, and I’m realizing the things that really matter about what you’re doing, for me at least, are just the relationships you have while you’re doing it.” 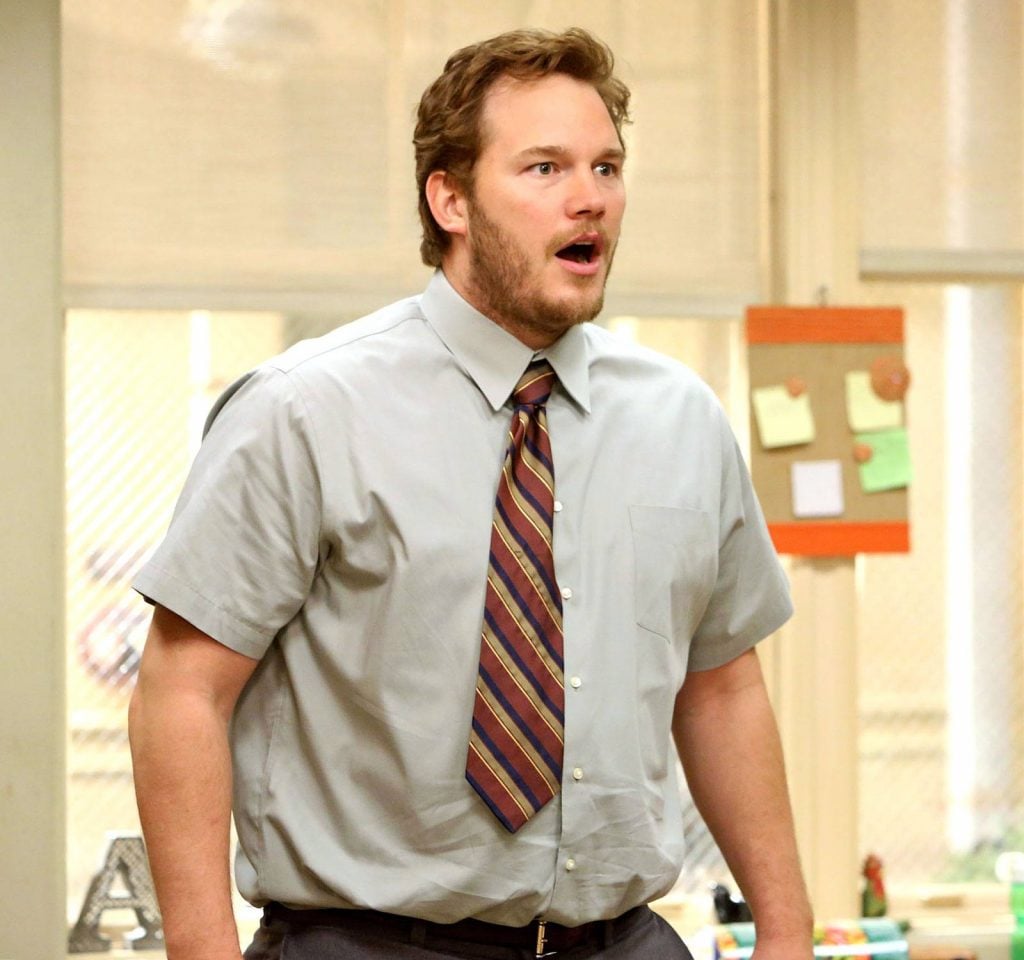 Chris has spoken publicly about his issues with weight and the weight loss he’s had to achieve for certain roles.

He blamed his first weight gain on his ex-wife, Anna Faris’s cooking. 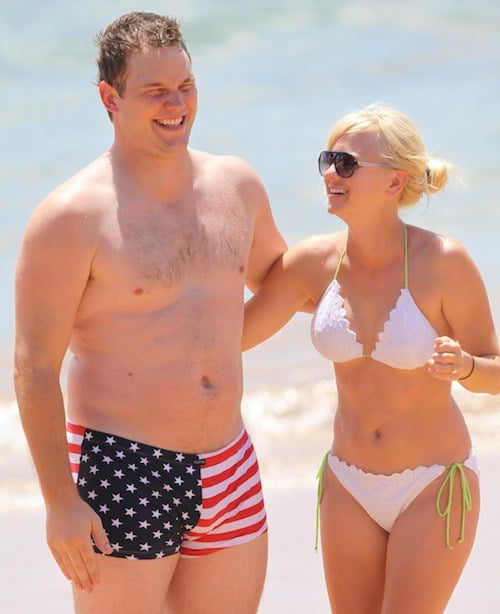 He said: “Anna’s favourite thing to do is fatten me up. It’s like I’m little Hansel and Gretel out in the woods. I swear she’s gonna push me in an oven one day”.

When he was put forward for a role in Scott Hatteburg’s Moneyball, he was told that he was too fat for the part. 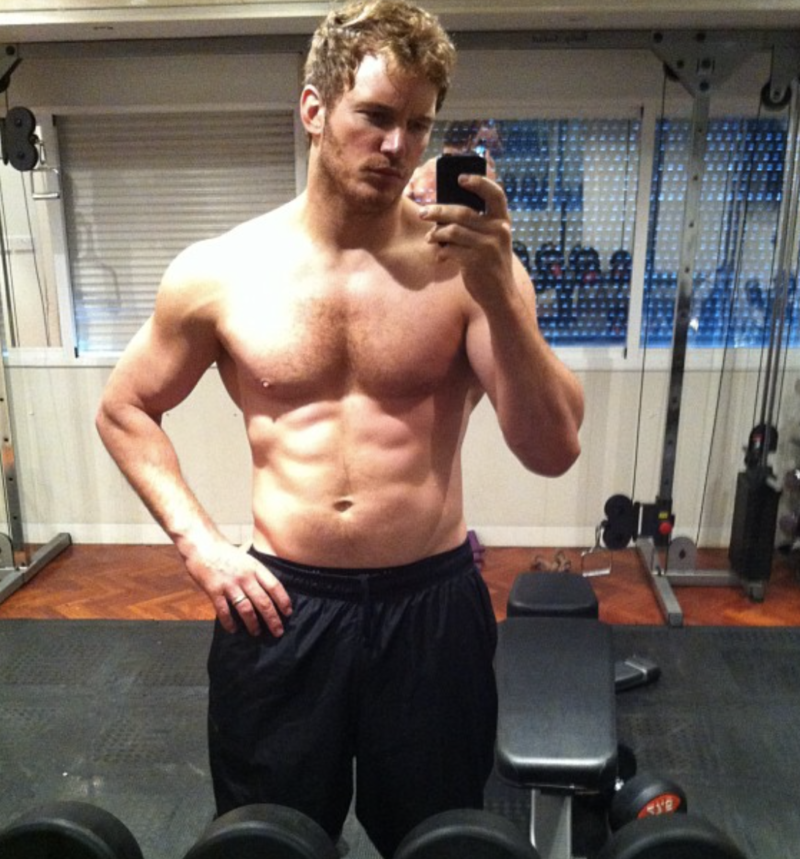 Pratt’s weight fluctuated depending on the types of roles he won.

It was only when he was put forward for the role of Peter Quill in Guardians of the Galaxy when the actor became super-hunky. 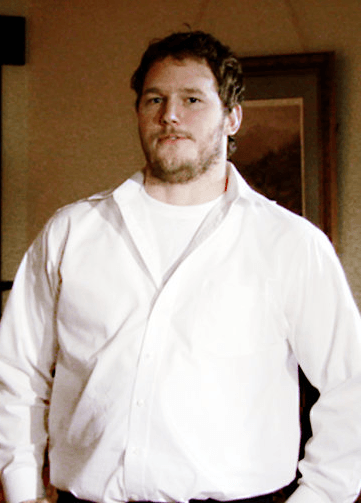 3. He was was homeless in Hawaii

At one point in his life, Pratt was living out of a van in Hawaii.

Pratt shared a photo of the vehicle that he called home on his Facebook page. 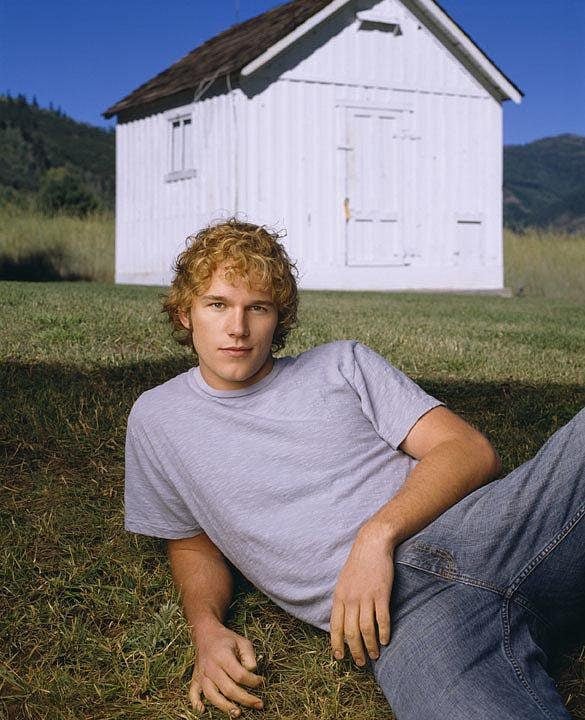 He captioned the photo “This is the van I lived in!!! In my hand is the script for the movie that got me out of Maui. Crazy.”

He said of his time sleeping out of his van:”I had a friend who was like, ‘Dude, you’ve got to come out here.” 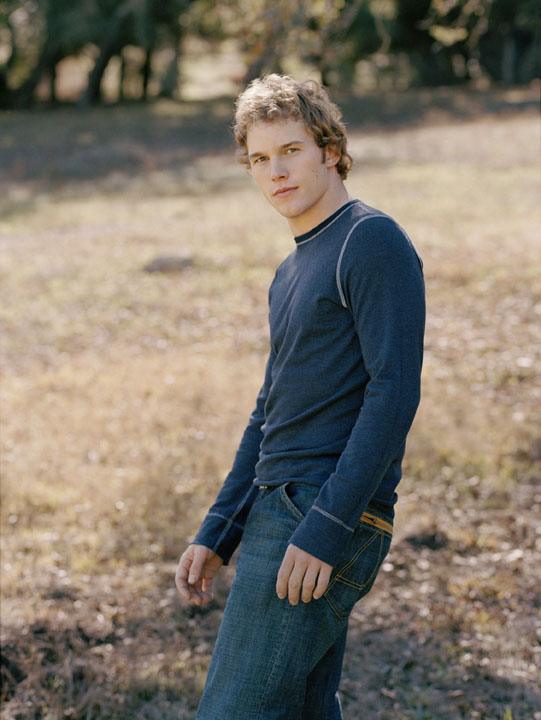 ”We set up camp on the beach and lived the dream.”

It was during this time that Pratt worked at Bubba Shrimp and waited on director Rae Dawn Chong, who gave Pratt a part in her movie Cursed Part 3. 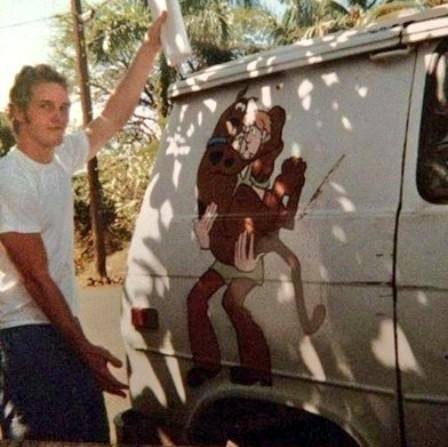 2. He can predict the future

Well, he can if a video from 2009 is anything to be believed.

In it, Pratt is filming himself as a behind-the-scenes video for Parks and Recreation. 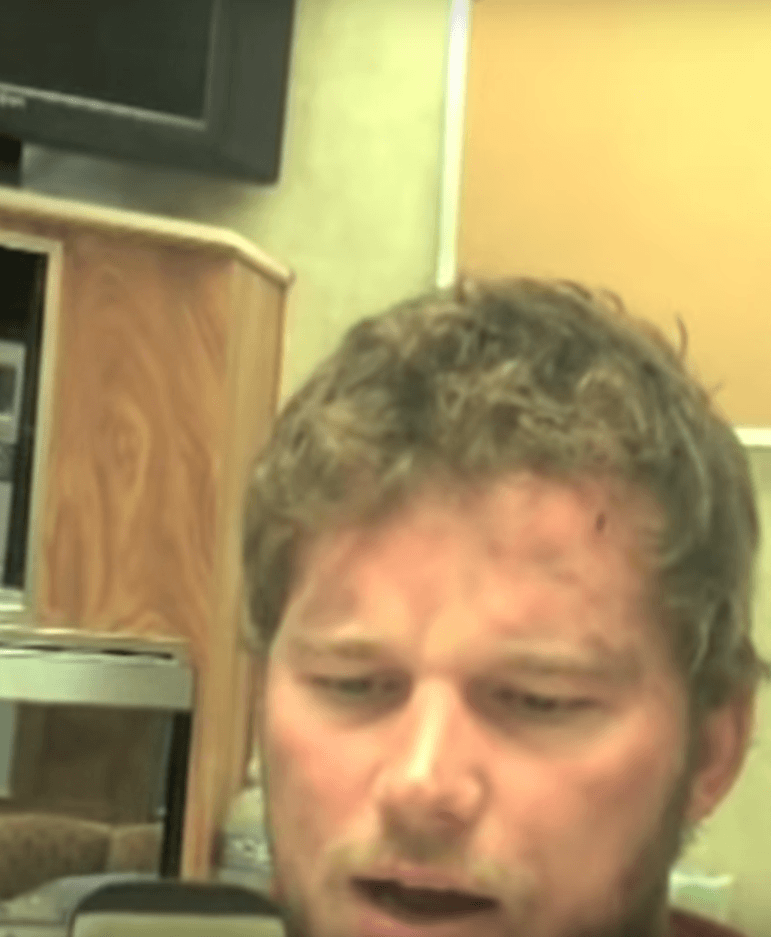 In it, he jokes about receiving a test message from director of Jurassic Park, Steven Spielberg.

He reads out his ‘reply’ to Spielberg, saying at the end “I’ll have to get back to you later about Jurassic Park 4.” 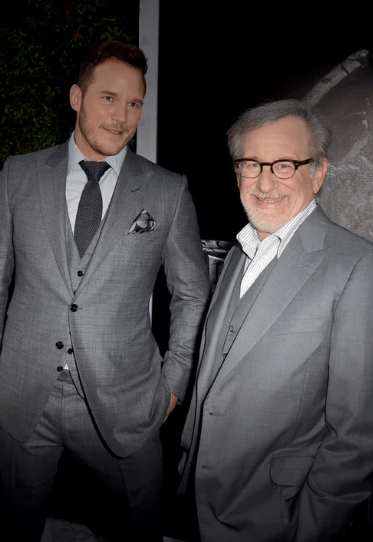 Of course, come 2015, Chris would indeed land the lead part in Jurassic World.

Perhaps we need to start making crazy claims about our lives in the hope they might come true. 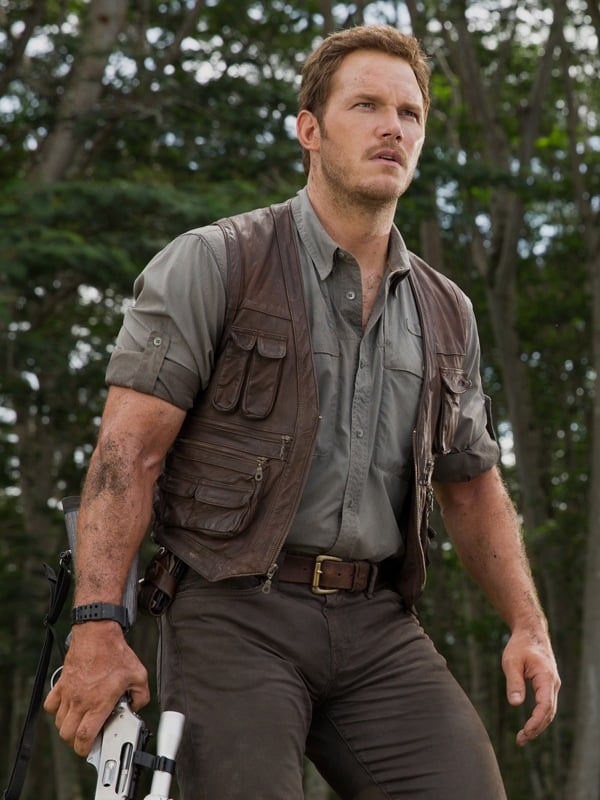 1. He stole his Star-Lord costume for the best reason

It is fairly common for actors to take props from film sets as souvenirs, and Chris Pratt is no different.

Only he didn’t have permission, and effectively stole his Star-Lord costume from the set of the film. 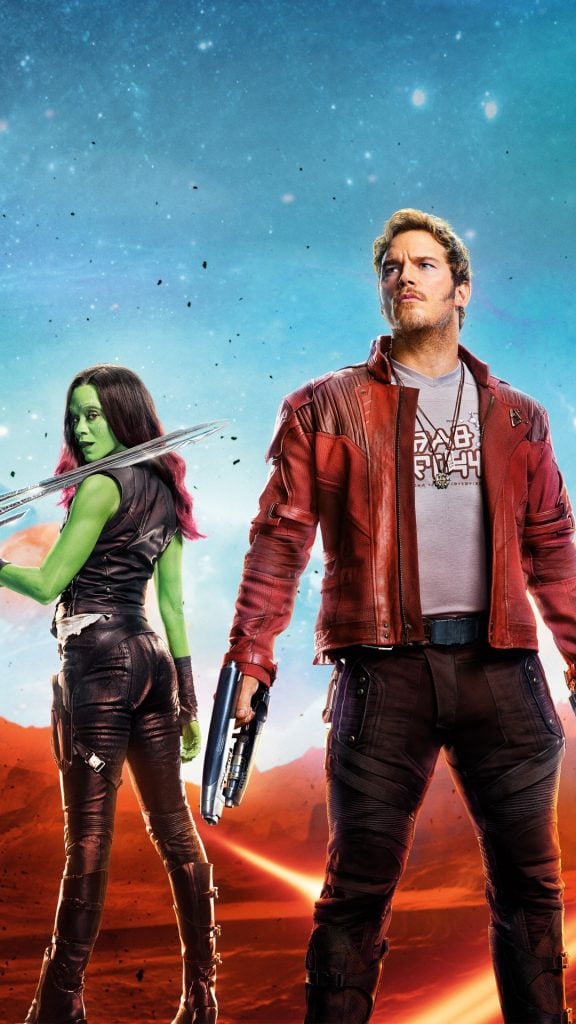 The reason? He wanted to be able to go and visit sick children in hospital dressed as Star-Lord himself.

“I stole the jacket and some of the wardrobe so that, if this movie comes out and does what everyone hopes it can, I can follow the example of someone — say, like, a Russell Wilson — and go visit kids.” 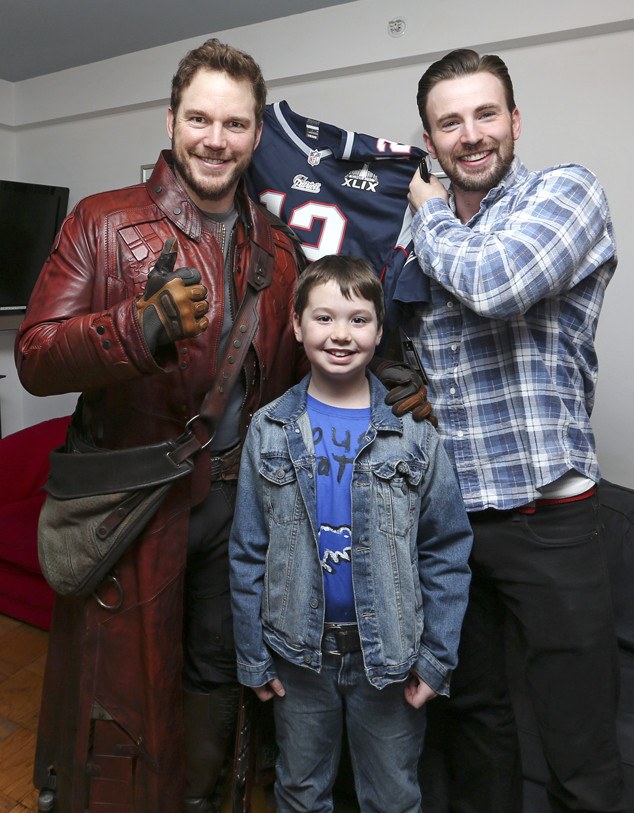 “If it was a big enough movie to where it would mean something to a kid who’s sick in the hospital for Peter Quill or Star-Lord to come visit them, I’ll do that.”

“I think that’s awesome, man. That would give me real meaning for this movie, you know?”

Our hearts are officially melted. 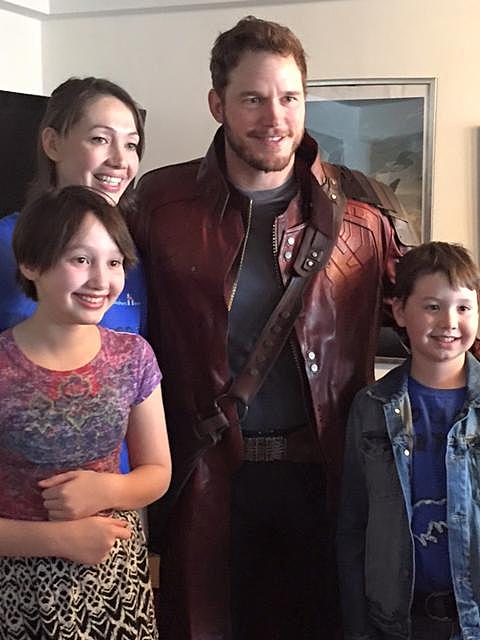