10 Things You Didn’t Know About Adventures in Babysitting

Adventures in Babysitting is one of the best-loved and most unique youth-oriented comedies of the 1980s. Elisabeth Shue stole the hearts of a generation as babysitter Chris, whose evening with three youngsters takes some unexpectedly dramatic turns when they head out into the big city.

Most people who grew up in the 80s should have seen it at least once – but did you know the following facts about the film?

10. It was the directorial debut of Chris Columbus 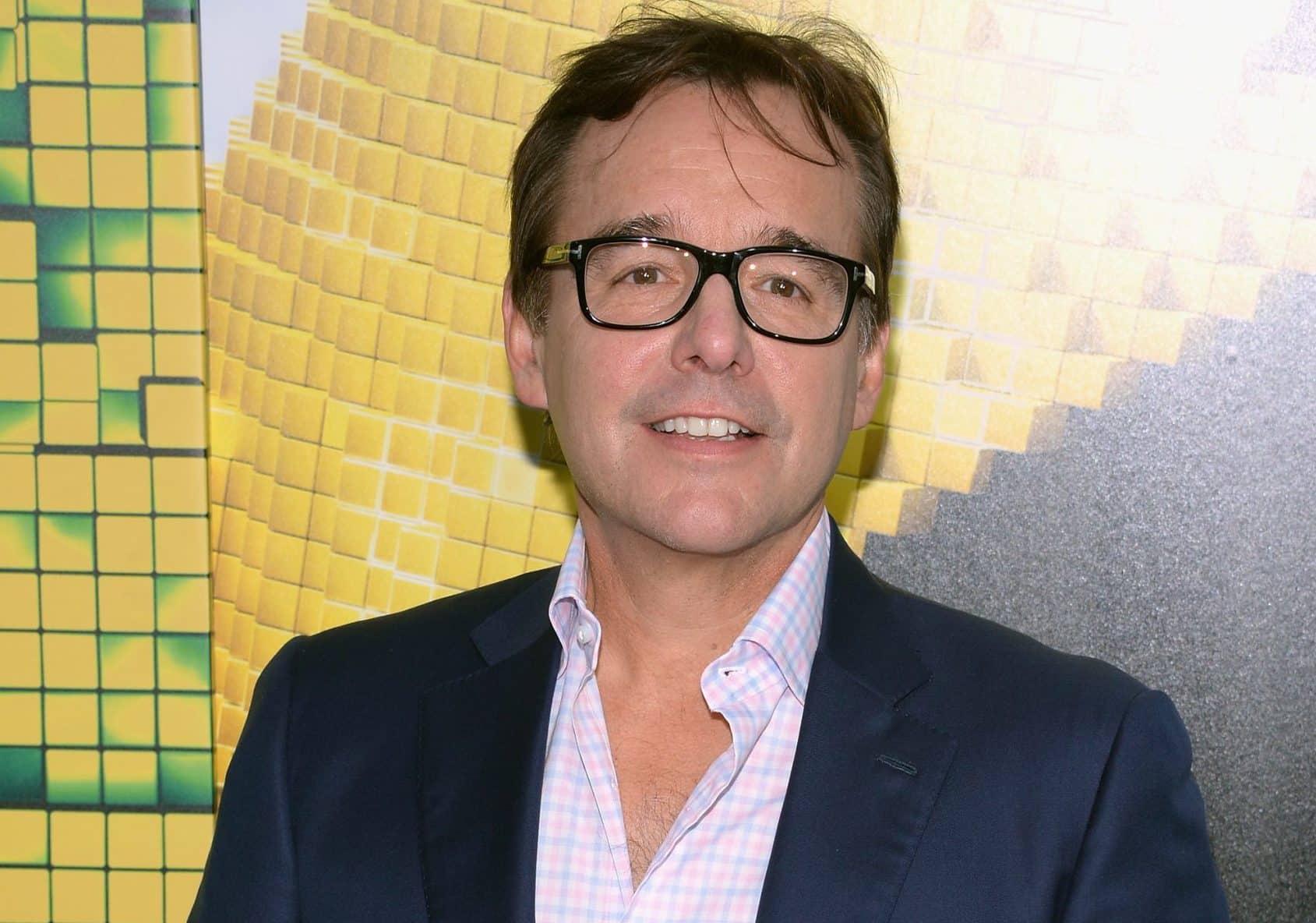 Chris Columbus broke through in Hollywood as a screenwriter, responsible for beloved classics Gremlins and The Goonies, as well as the less celebrated Young Sherlock Holmes. 1987’s Adventures in Babysitting marked the first time that Columbus made the move into the director’s chair, at the tender age of 29.

You might have missed Columbus’ second film Heartbreak Hotel, but we’d wager you’ve seen his third: Home Alone. After that 1990 blockbuster, Columbus became one of the biggest directors around, most famously going on to call the shots on Mrs. Doubtfire and the first two films in the Harry Potter series. 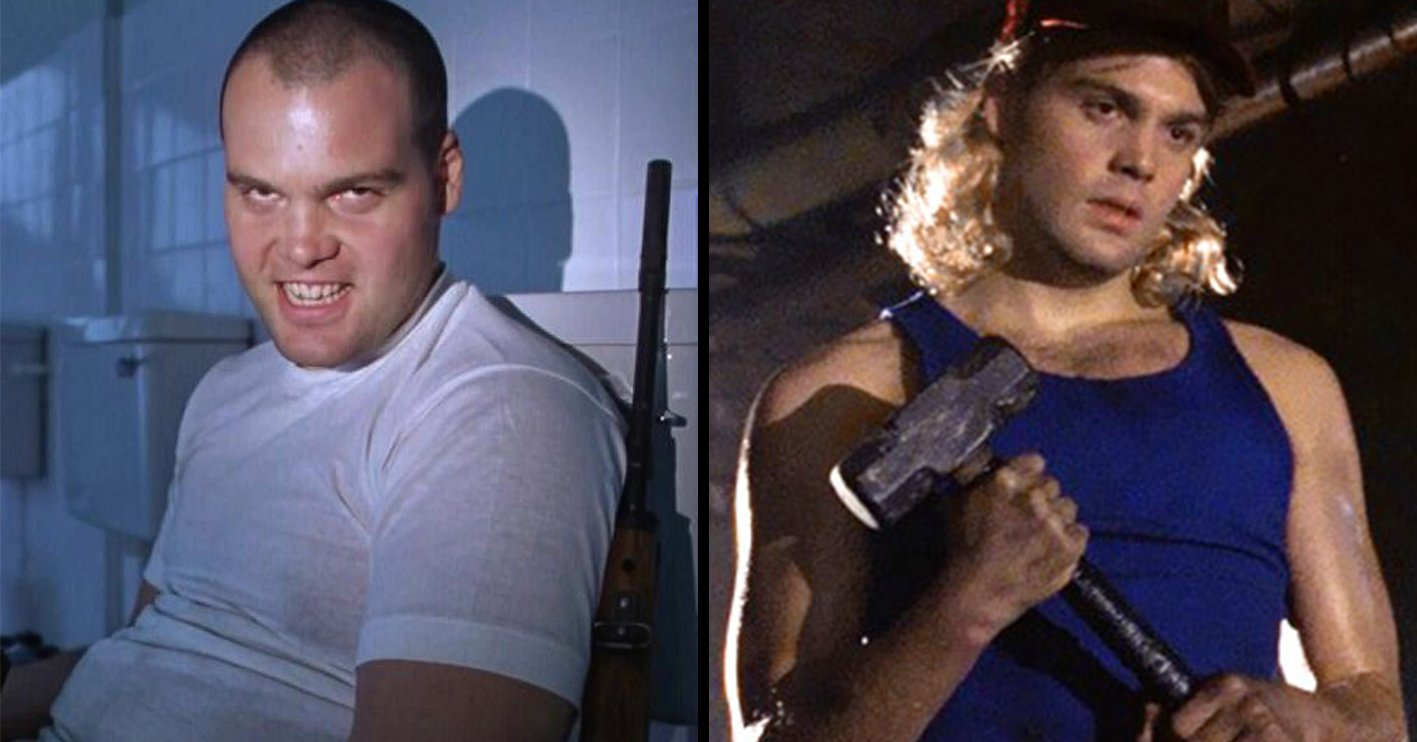 Before Chris Hemsworth first made audiences swoon as Thor in the 2011 Marvel movie, the most famous screen portrayal of the comic book hero was in Adventures of Babysitting. Vincent D’Onofrio appears as Dawson, the muscular mechanic who comic-book-mad Sarah (Maia Brewton) believes to be the mighty god of thunder.

Although it’s a small role, D’Onofrio got in remarkably good shape for the film – and this is all the more impressive considering that he came to the film fresh from completing work on Full Metal Jacket. For his role as the overweight Private Pyle in Stanley Kubrick’s Vietnam war drama, D’Onofrio had piled on an astonishing 70 pounds.

8. Molly Ringwald was the first choice to play Chris 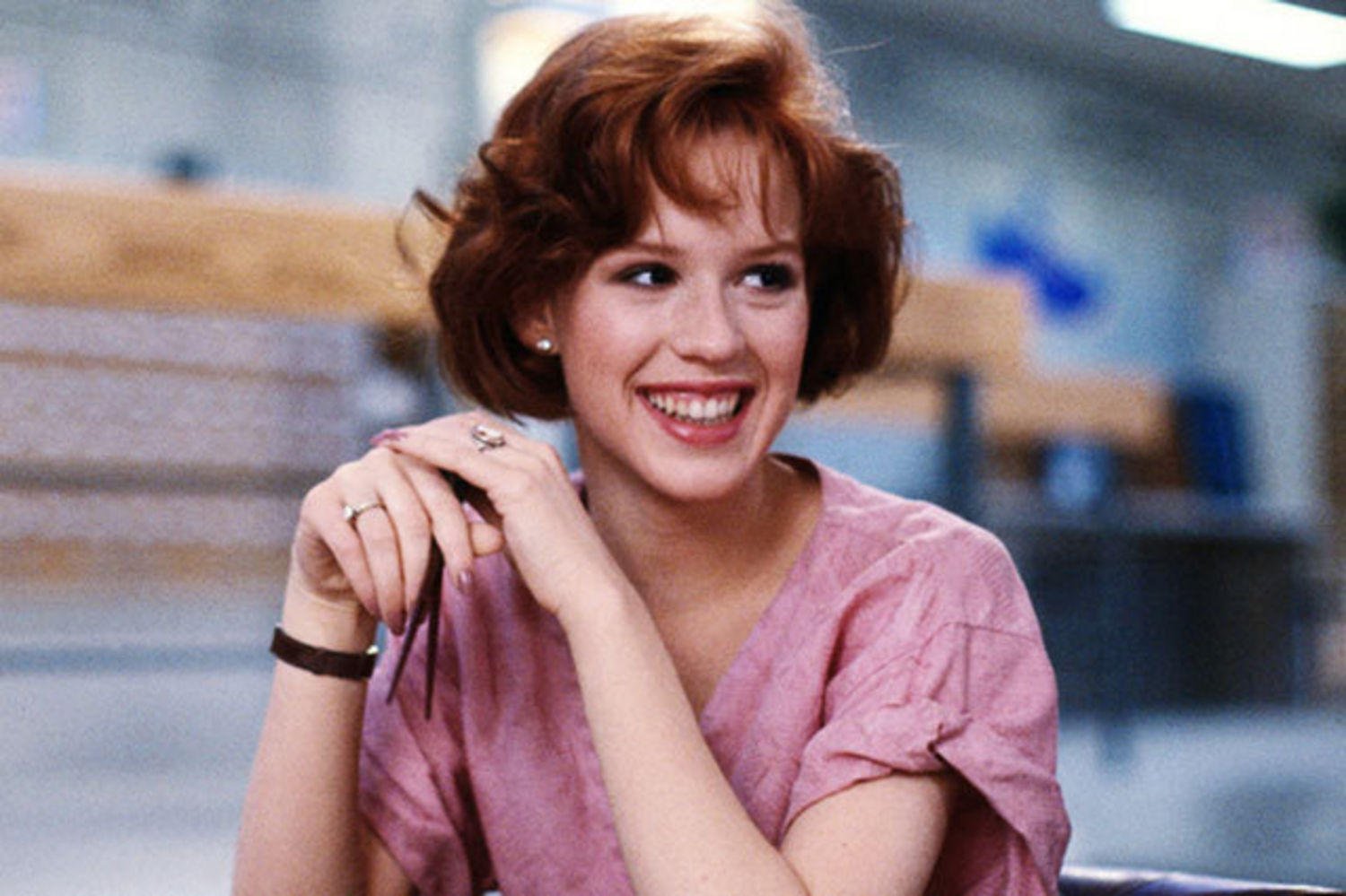 When Adventures in Babysitting first went into development at Paramount Pictures, the studio was convinced only one actress could play the lead role of Chris Parker: Molly Ringwald, 80s teen icon of Sixteen Candles, The Breakfast Club and Pretty in Pink. However, once the project stalled at that studio it was instead taken to Disney’s Touchstone Pictures, where the execs felt differently.

It’s not clear if Ringwald was ever actually offered the role, but over 150 actresses auditioned before the filmmakers cast Elisabeth Shue, then best known as the love interest in 1984’s The Karate Kid. Shue would follow Adventures in Babysitting with Cocktail and the Back to the Future sequels, and has enjoyed many more successes over the years. 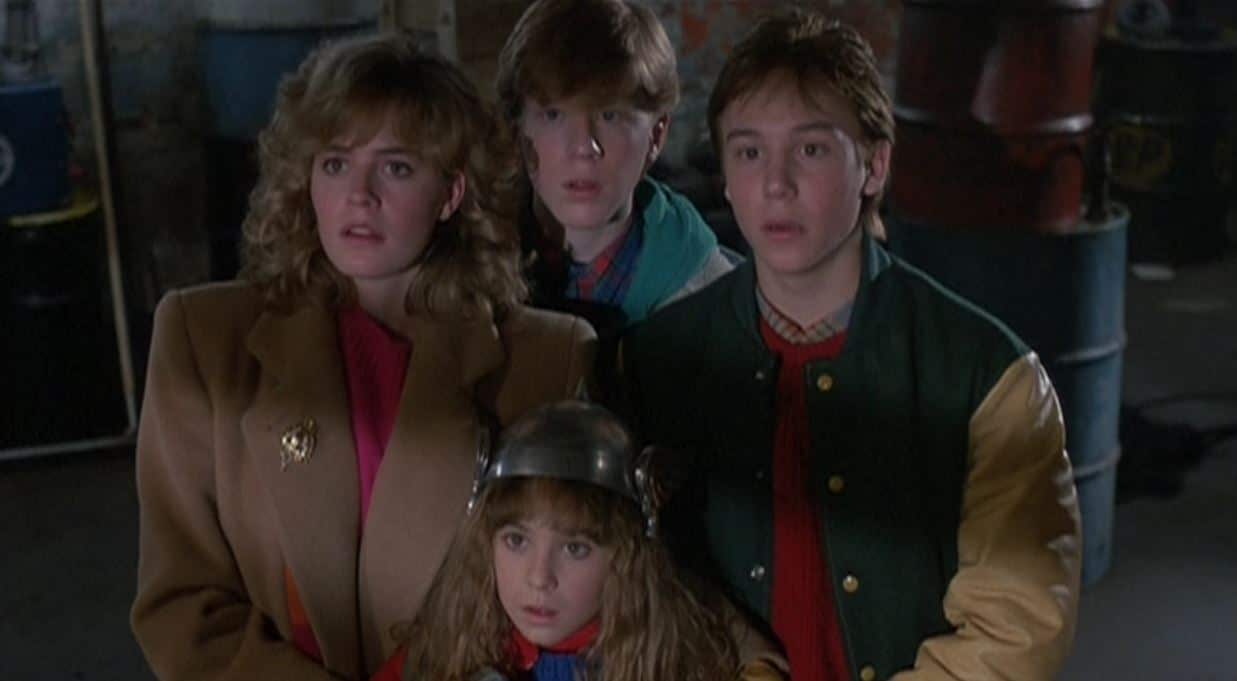 Adventures in Babysitting might be set in the famous American city of Chicago, but the bulk of the film was actually shot in Toronto, Canada. There was one minor problem: Chris and the kids were meant to be lost on the down-and-dirty streets of the big city, but the locations they filmed in were far too clean.

This required some careful set-dressing by the filmmakers – as in, they literally dumped trash on the streets where they were shooting at night. Even then they had to be vigilant, as street cleaners tended to come by and remove the garbage before they were done filming. For this reason, some crew members were employed purely to keep an eye on the garbage. 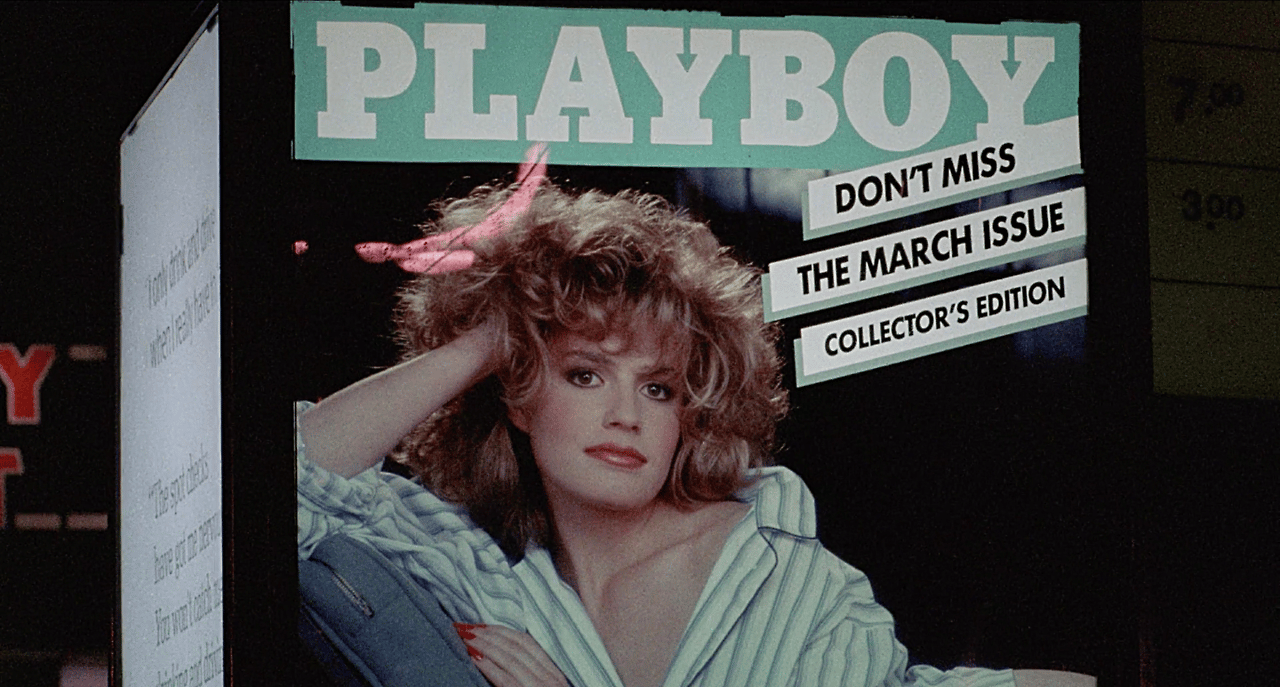 Most notoriously, a subplot of the film is that the Playboy magazine centrefold of the month is a dead ringer for Elisabeth Shue’s Chris. Shue had to pose for the photos used in the fake magazine, has admitted she was very uncomfortable with it: Shue told the LA Times, “please emphasize I did not take off my clothes for the shoot.”

5. Sarah was originally obsessed with He-Man instead of Thor 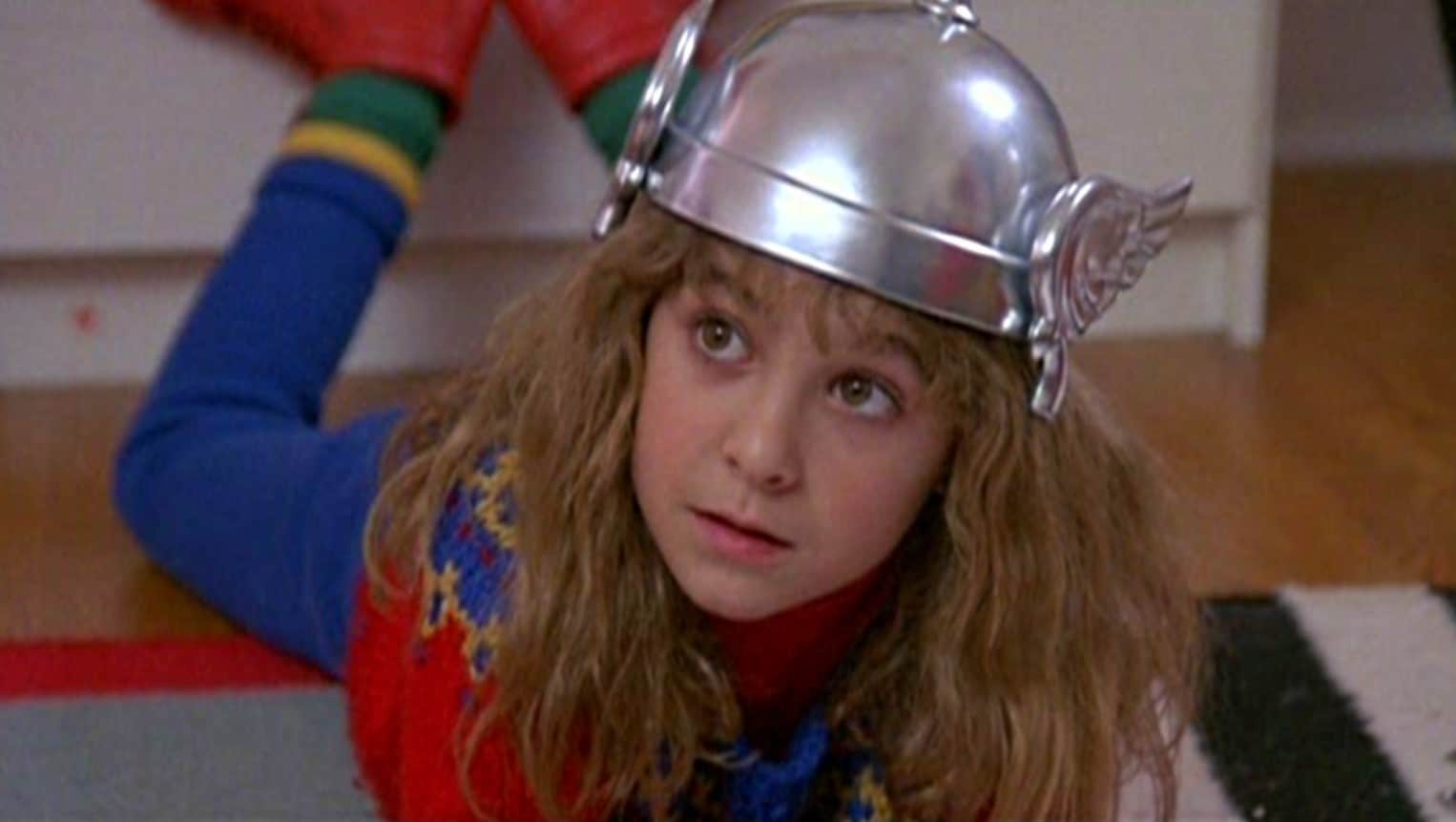 This may be hard to believe now, but back in the 80s not everybody was that well acquainted with the superheroes of Marvel Comics. Adventures in Babysitting’s Sarah was ahead of the curve, as an obsessive Thor fangirl. However, in screenwriter David Simkins’ original script, she was instead obsessed with the then-more popular He-Man and the Masters of the Universe.

This was one of the first details Chris Columbus insisted on changing when he boarded the project as director. Columbus chose Thor over He-Man as he himself is a huge Marvel Comics fan; he would even be the first director attached to the first big screen adaptation of Fantastic Four in the mid-90s, before it was eventually made by Tim Story.

4. Brad actor Keith Coogan really did have a crush on Elisabeth Shue 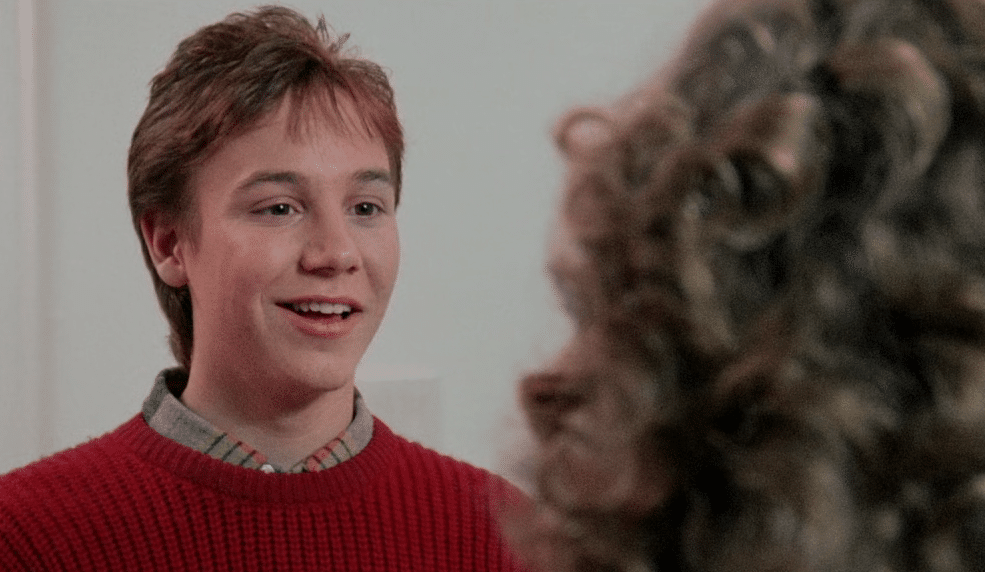 In the film, Chris breaks the heart of the younger Brad when she doesn’t reciprocate his amorous feelings towards her. Alas, life imitated art, as actor Keith Coogan actually was quite keen on Elisabeth Shue, despite the fact that she was six years his senior. (Shue was 23, whilst Coogan turned 17 during filming.)

Coogan recalls taking Shue to what she thought was a strictly work-related restaurant dinner, only for him to suggest they date: “And she laughed in my face. And that’s exactly the laugh she does in the movie. She totally crushed my heart and I took that with me for the movie.”

3. It has a post-credits scene revealing Graydon’s grim fate 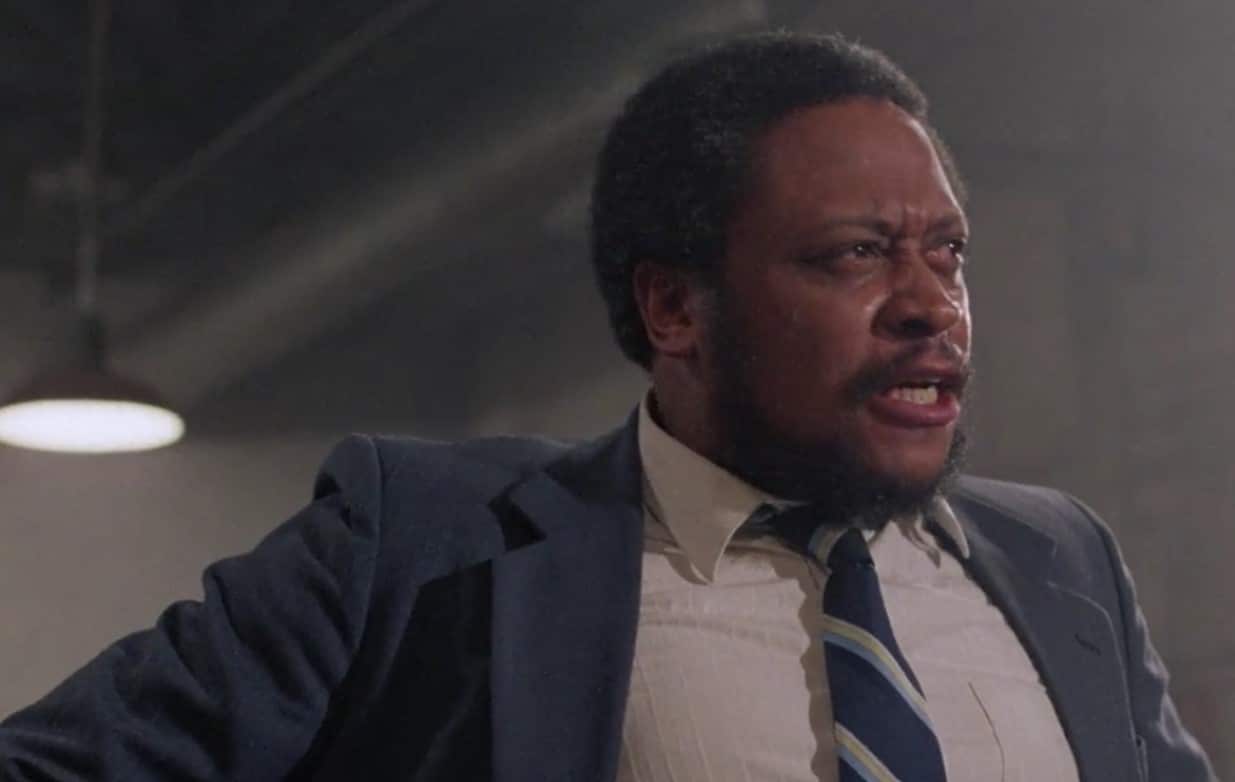 Today, one of the first questions cinemagoers ask about most new blockbusters is whether or not it will have a post-credits scene. Such sequences have been commonplace in Hollywood since the rise of Marvel Studios, but they were considerably rarer back in the 80s, when Chris Columbus slapped one on Adventures in Babysitting.

A final act confrontation on the exterior of a Chicago skyscraper leaves criminal Graydon (Ron Canada) trapped on a precarious ledge. The brief post-credits scene shows that, however many hours later, Graydon is still trapped there, sobbing to himself with no means of escape in sight.

2. It was remade as a failed TV pilot and a Disney Channel movie 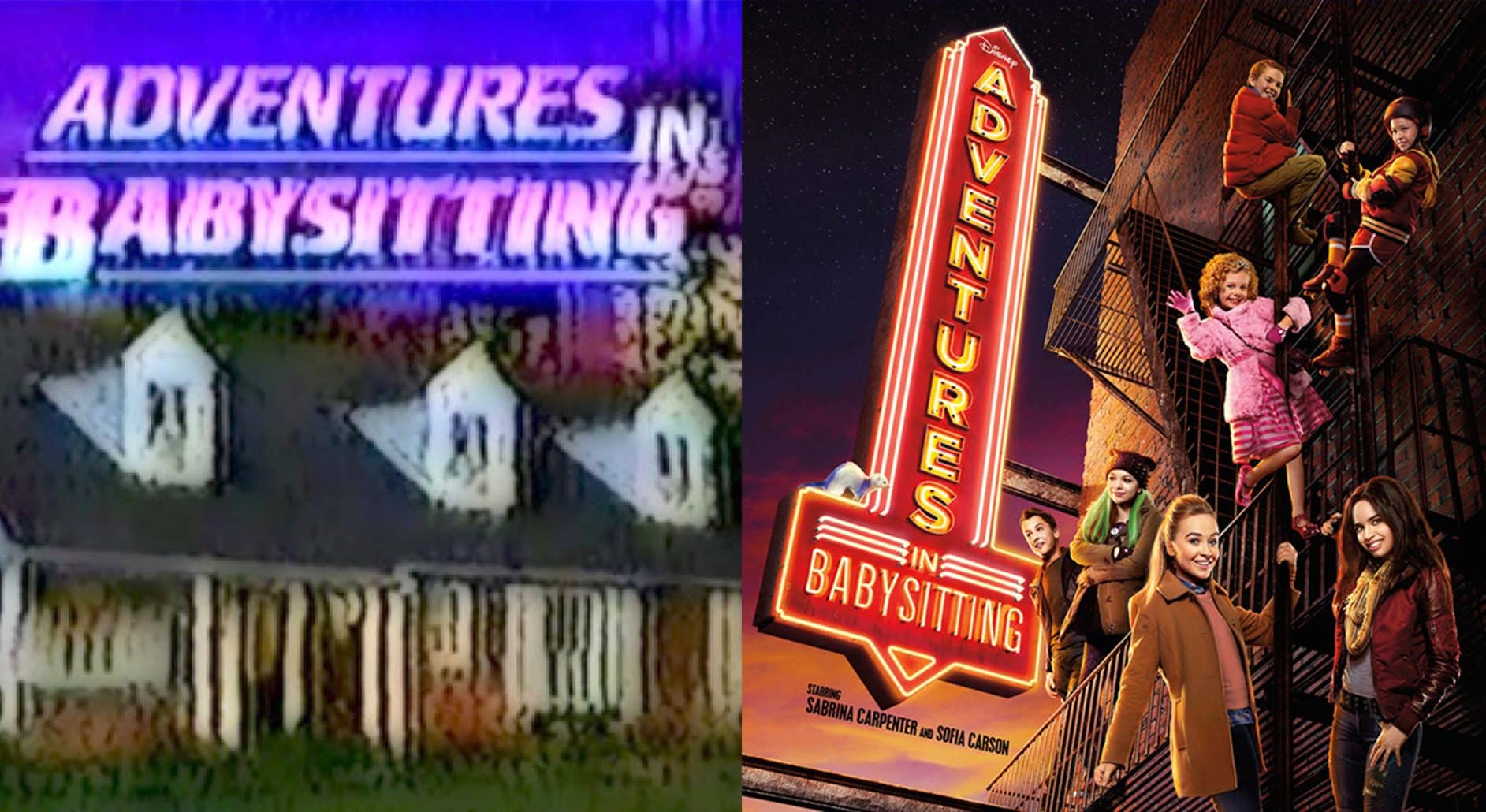 Adventures in Babysitting was a modest hit back in 1987, earning almost $35 million at the box office but doing even better on video and TV. The property was appealing enough for CBS to make a TV pilot episode based on the movie in 1989. It failed to be made into a series, and is most notable for featuring early turns from Joey Lawrence (Blossom) and Brian Austin Green (Beverly Hills 90210).

Many years later, a fully-fledged Adventures in Babysitting remake arrived in 2016, as an original Disney Channel movie. Starring Sabrina Carpenter and Sofia Carson, the remake twisted the concept to feature two babysitters and several more younger kids, and it proved fairly popular with viewers.

1. The version now featured on Disney+ is censored 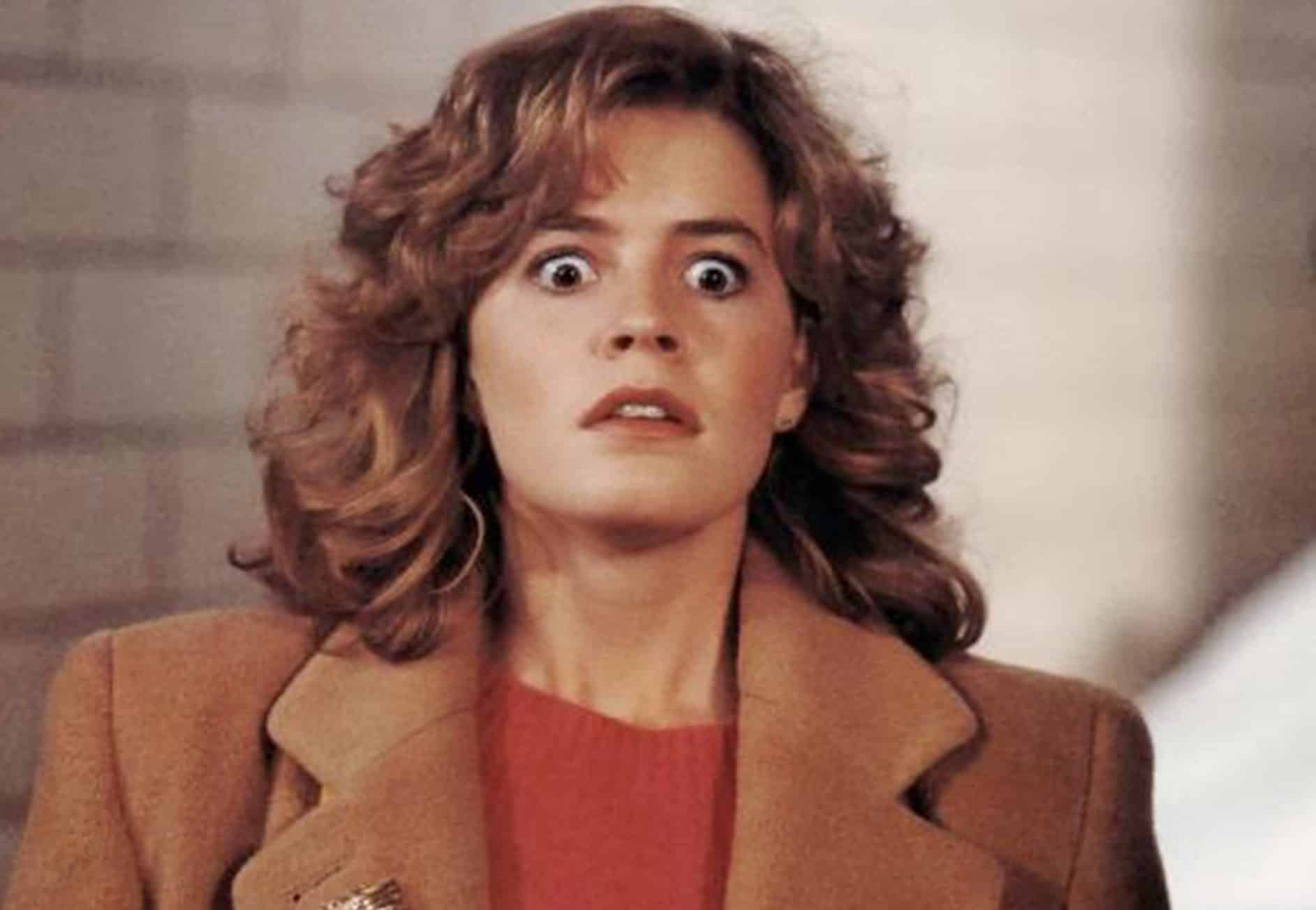 Although you can find Adventures in Babysitting on Disney+, it’s not quite the version you remember. As previously mentioned, the 1987 film features some material which, although acceptable in a PG-13 at the time, is considered more objectionable today. For this reason, Disney’s streaming service has censored the film.

Disney+ lists Adventures in Babysitting as PG-rated. To this end, their cut of the film censors the original’s homophobic slurs, sexual references and swear words (most notoriously the subway confrontation in which the F-word is used), as well as minimising visibility of the offending images in Playboy magazine.