Children’s parties are a whirlwind of busyness, colour, sugar and games, and back in the 1980s it was definitely no different!

Below are 10 things that we think you will all remember from the parties you hosted or attended during your childhood. 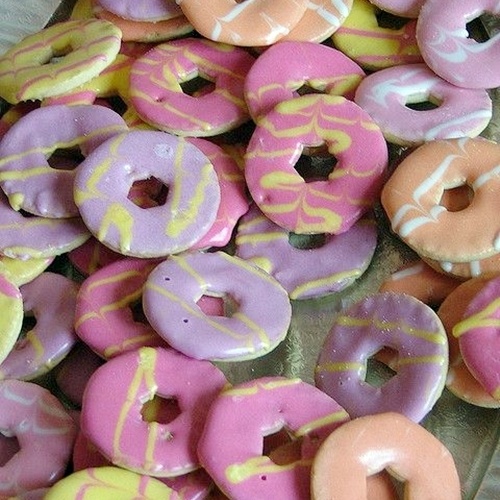 Party Rings have been a popular childhood snack for decades, and it’s hard to imagine a children’s party where kids aren’t being providing with copious amounts of these sugary biscuit treats.

Personally we find Party Rings rather dry and far too sickly, but we’re well aware that children will eat them until their stomachs burst, and that they’re definitely unable to stop eating them once they’ve started! 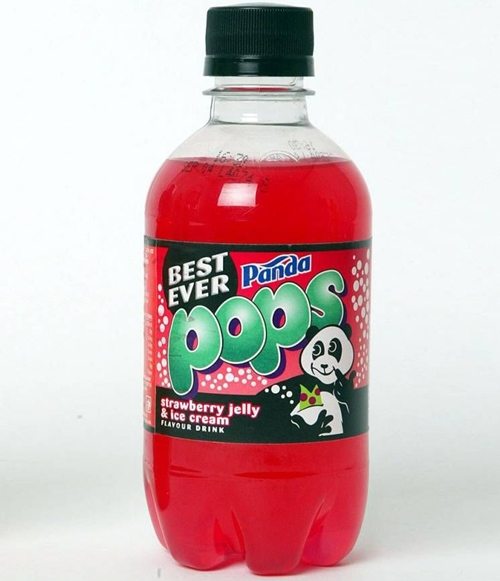 As we get older we all make a decision as to what our favourite carbonated beverage is, but as children, as long as the drink was fizzy we simply didn’t care! A fact that meant we were only too happy to consume cheap, artificial tasting drinks such as Panda Pops at our birthday parties!

However, we’re very sad to report that drinks makers Nichols stopped making Panda Pops in 2011 so they could concentrate on healthier juice drinks and flavoured water. Spoilsports! 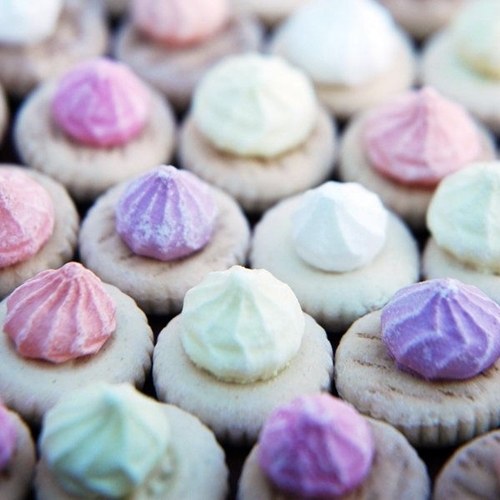 Iced Gems have been a popular birthday party treat for many years, and were a much more welcome snack than the ‘fruit’ that some parents insisted on trying to get us to eat.

Iced Gems were also fairly tiny, which meant that we felt no shame in devouring lots and lots of them at a time! 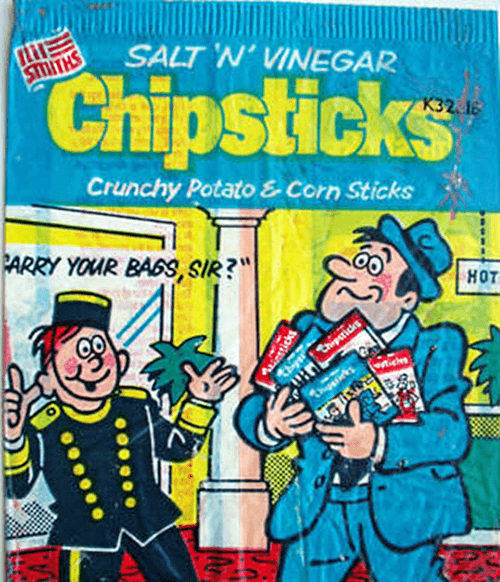 Whilst there were many crisp products available for our parents to choose from, we always insisted on Chipsticks, and we would make sure that we ate as many as we could before the other children even noticed they were there! 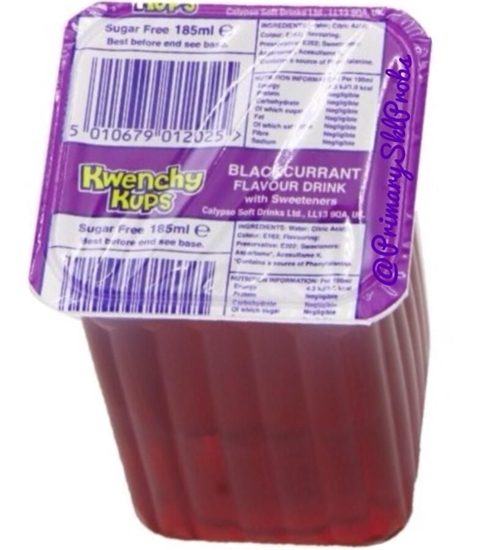 Like many cheap drinks aimed at children, especially in the days where our health wasn’t of prime concern to our parents or to the government, Kwenchy Kups tasted a bit artificial, although they also somehow managed to be absolutely delicious at the same time!

And even if we didn’t like the taste, the satisfaction of being able to stab our straw through the thin plastic on top meant that we always welcomed them at our parties! 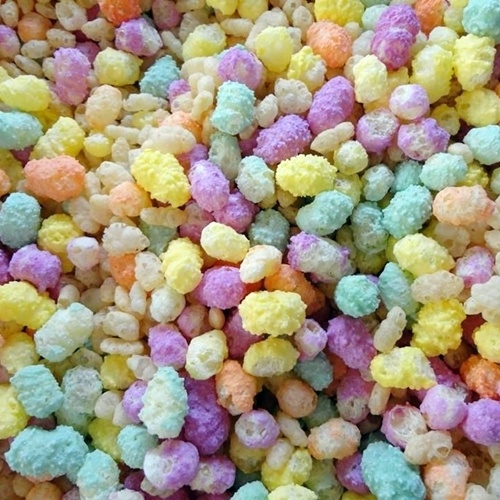 If we’re completely honest we can’t stand the taste of Rainbow Drops. They may be popular at children’s parties to this very day, but to us they just taste like cardboard!

We can see the attraction from the parent’s point of view though, because they’re a cheap filling for the party bags that we always insist on giving out at the end of our party celebration. 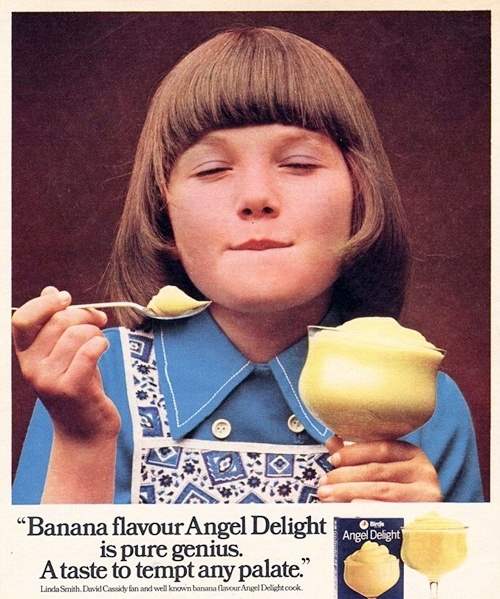 As if Angel Delight didn’t contain enough sugar, our parents used to add Smarties and ‘hundreds and thousands’ to make them into a face!

These days our children are lucky if we let them eat these teeth-destroying desserts once a year, the poor, deprived little dears! 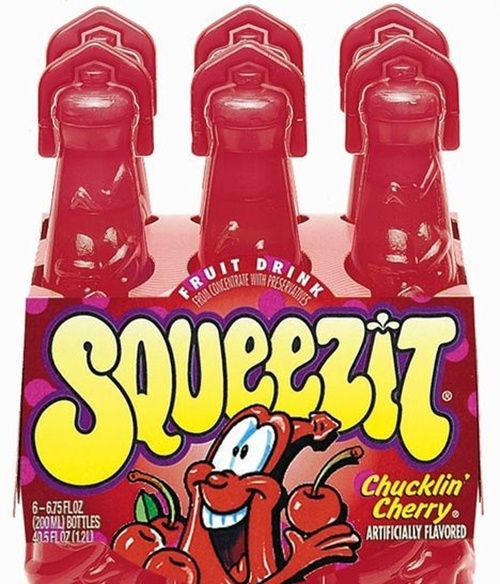 As we’ve already mentioned, so many of the drinks we ‘enjoyed’ at parties in the 1980s were cheap to purchase and tasted like we’d been given what we paid for, and Squeezit was no different.

But again, the novelty of having to twist open the bottle immediately banished any issues we had with their taste! 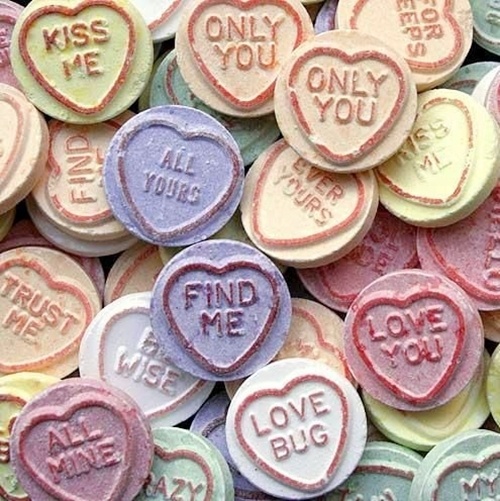 Love Hearts are still with us, although the messages have changed over the years. Can you remember what they used to say back in the 1980s?

They were a quick, easy and convenient ‘chat up line’, but who will admit to having given a Love Heart to the boy or girl they fancied at school? 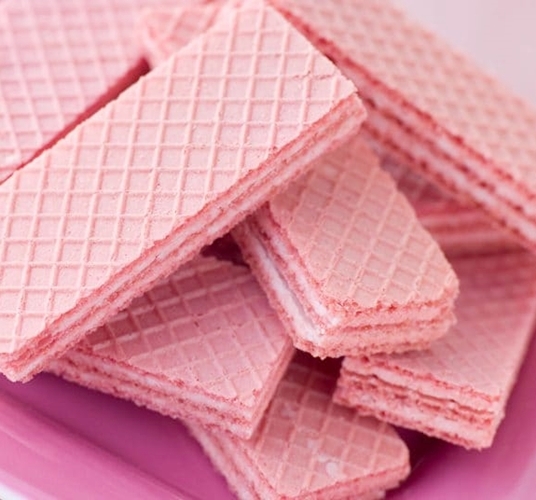 As dry as a cracker but one hundred times more delicious, just try resisting the urge to pick up and eat a Pink Wafer once you’ve seen it.

If they were any other colour then we doubt we would have been half as interested, but somehow the fact that they were pink made them taste ten times better than they would have otherwise!