10 Things You Didn’t Know About The John Wick Films

In an era where animated movies, superhero epics and assorted other family-friendly flicks reign supreme, John Wick is a surprise success.

The first film in the John Wick series, a low budget, ultra-violent, 90s-style action throwback, looked nothing like a film you’d see in cinemas in 2014. 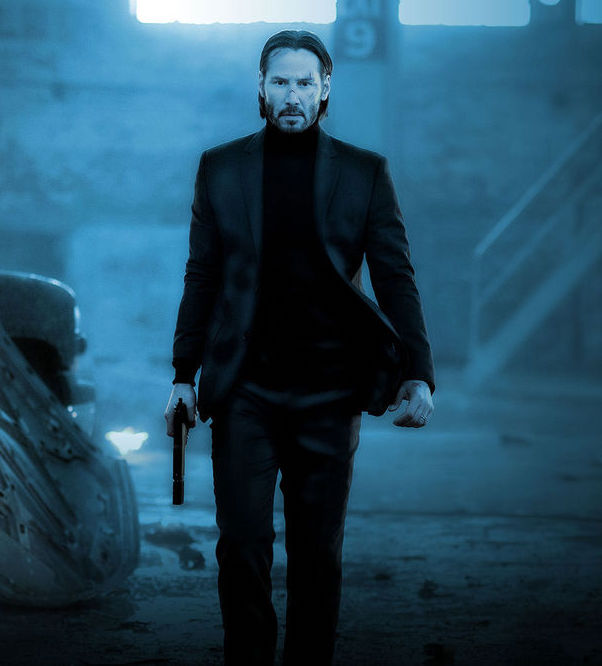 Still, after John Wick became an almost instant cult movie, a sequel was inevitable. And so, in 2017, there was John Wick: Chapter 2 – a sequel that more than doubled the original’s box office takings.

Now, with Chapter 3 making more money in a weekend than 2014’s John Wick did in its entire run, it seems the John Wick series has become a bona fide blockbuster franchise. 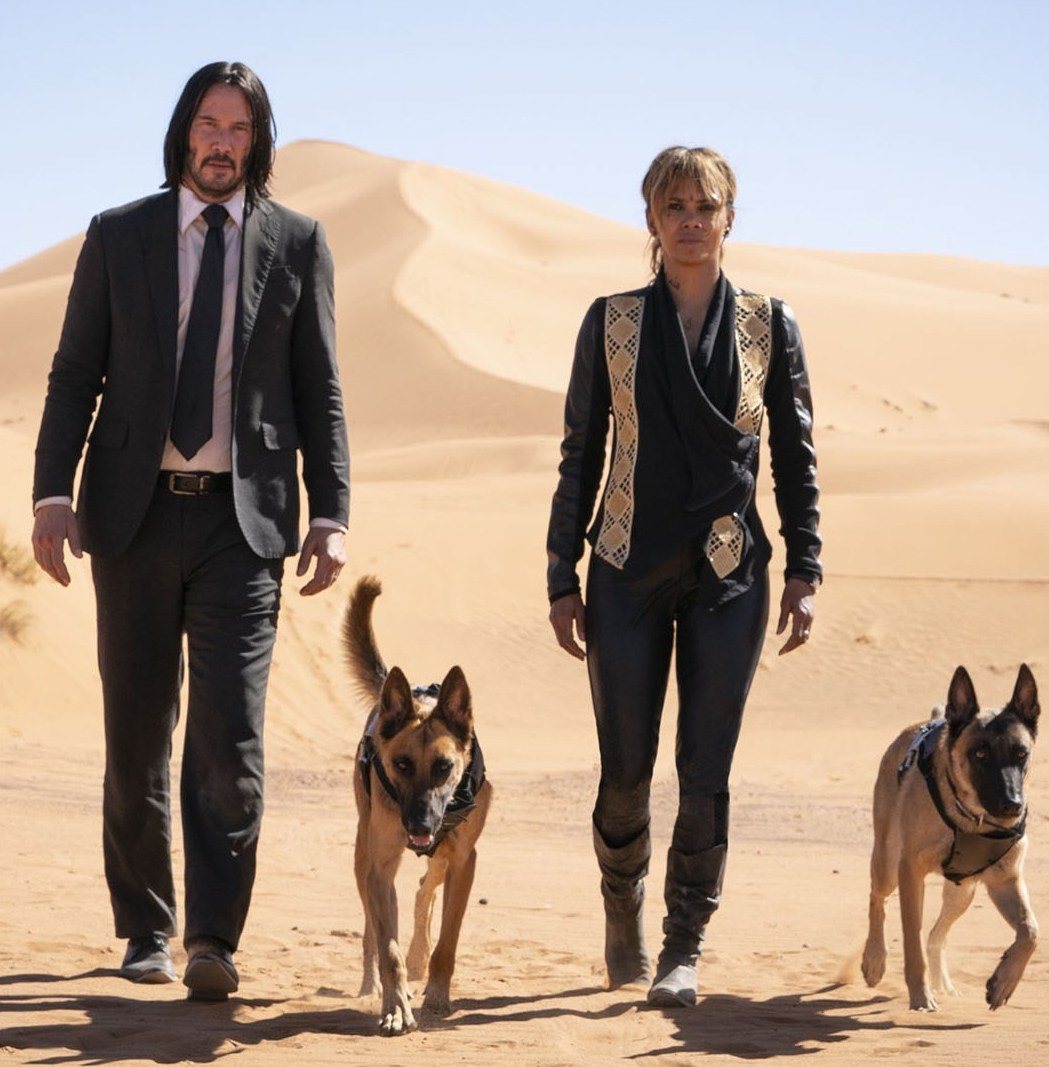 With John Wick: Chapter 3 – Parabellum now in cinemas to the tune of millions of dollars, we count down 10 things you never knew about the John Wick films. 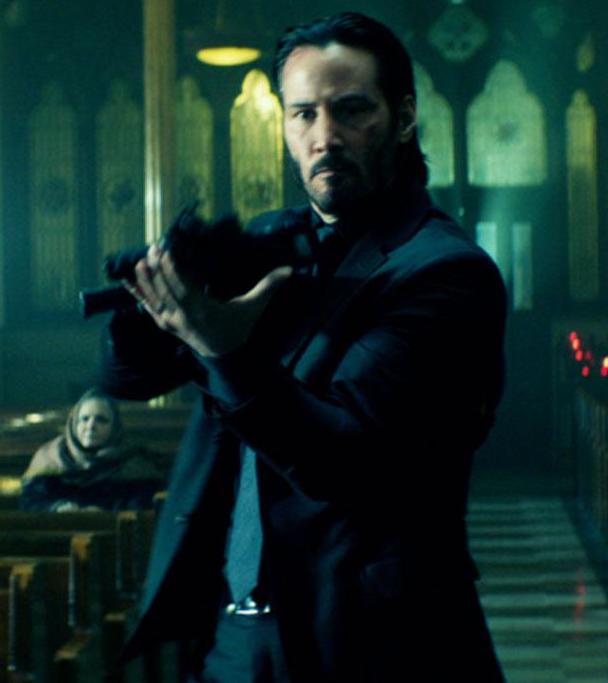 Keanu Reeves might fit the John Wick role like a glove, but he wasn’t always the natural choice to play the highly-skilled assassin.

At first, Wick was imagined as a much older man, with screenwriter Derek Kolstad admitting in 2014 that “the script was written with a man in his mid-sixties in mind”. 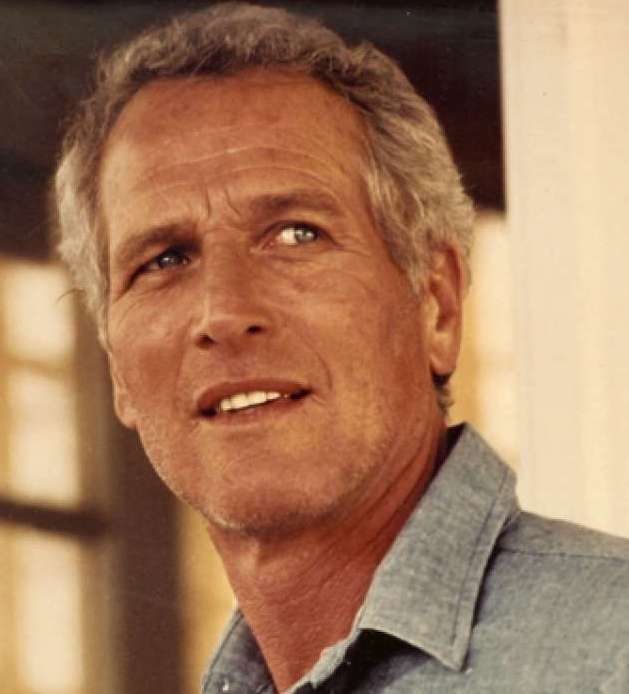 Kolstad was actually thinking of a specific older actor: “In this case, I had Paul Newman in mind”.

9. A producer recommended killing John’s entire family rather than the dog 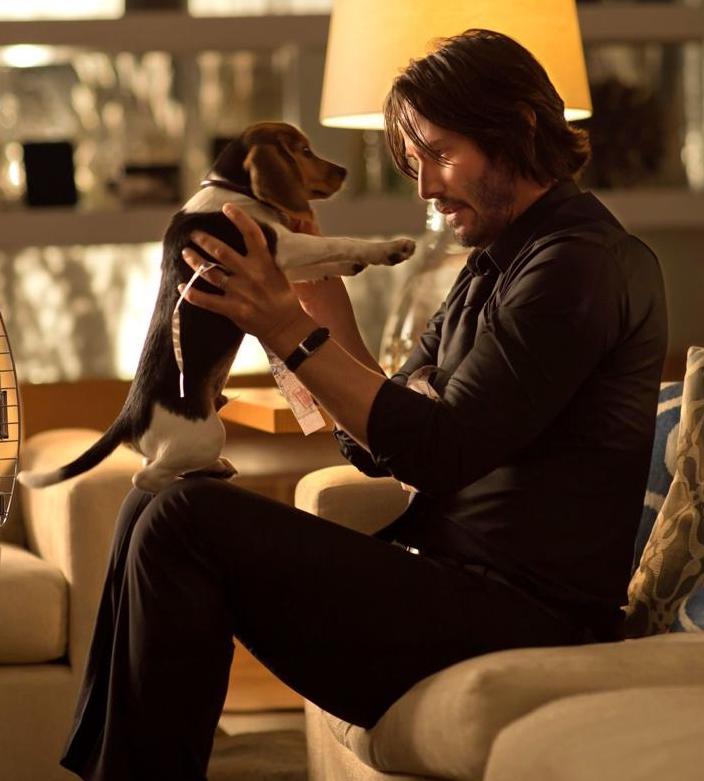 One of the more relatable aspects of John Wick is the hitman’s devotion to his dog, whom John has spent three films mercilessly avenging.

According to Kolstad, some producers understood the pet-love so deeply that they couldn’t even read past the murder of the mutt in the film’s script. 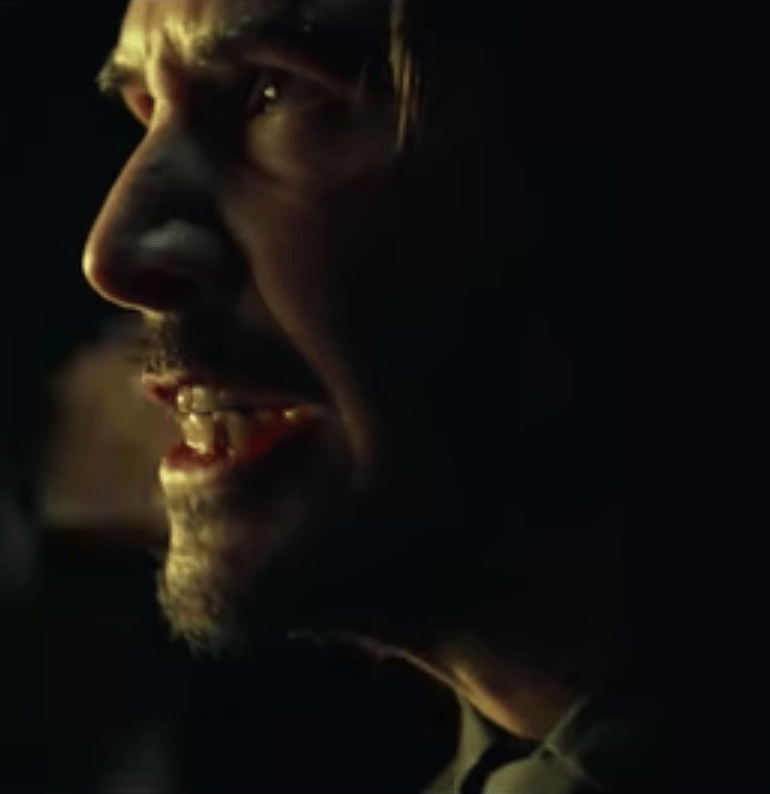 One producer in particular had a suggestion: “One actually recommended replacing the dog with John’s entire family which I found a bit skewed”.

8. The directors cast Alfie Allen because he looked like a total “pr**k” 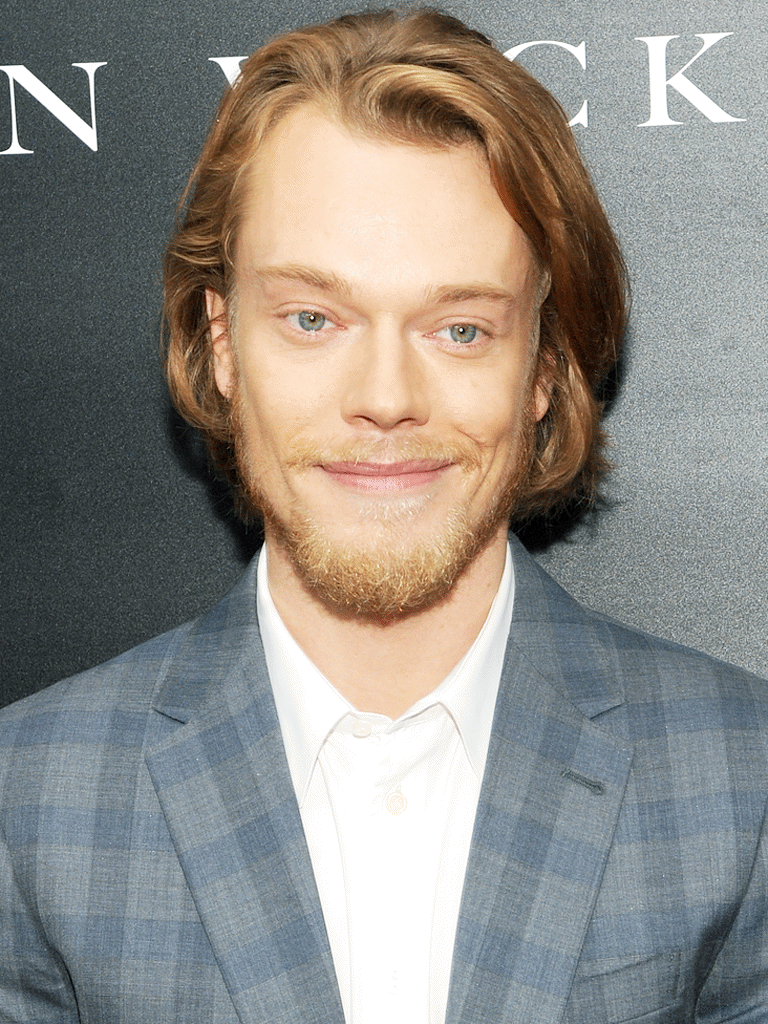 You might think Alfie Allen was cast in the first John Wick movie based on his performance as sly, entitled Theon in Game of Thrones, but not according to directors David Leitch and Chad Stahelski.

The directors didn’t even know Game of Thrones too well, but they knew they had their Iosef as soon as Allen auditioned. 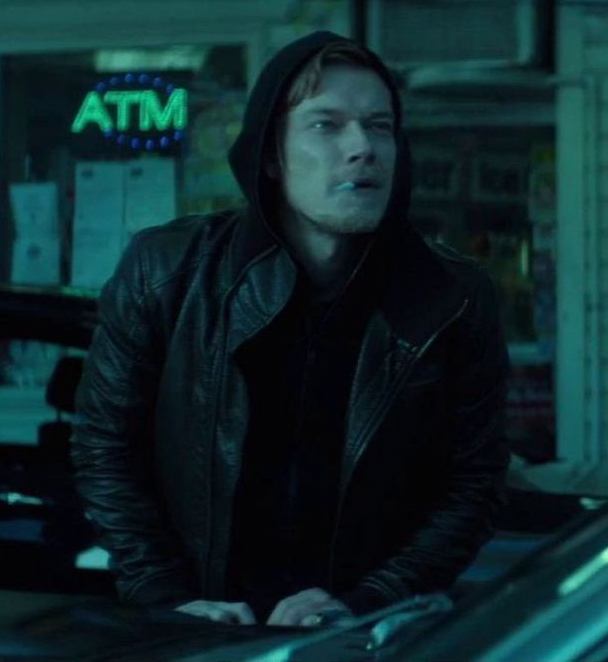 “He was at a friend’s party, and so he went into his friend’s bedroom and got on to Skype with me and started talking”, explained Stahelski. “And I was like, ‘Oh, dude, he’s a great pr*ck'”.

For the record, Stahelski also says Allen is “a super pleasurable guy to be around” when he’s not in character.

7. The films’ director used to be Keanu’s stunt double 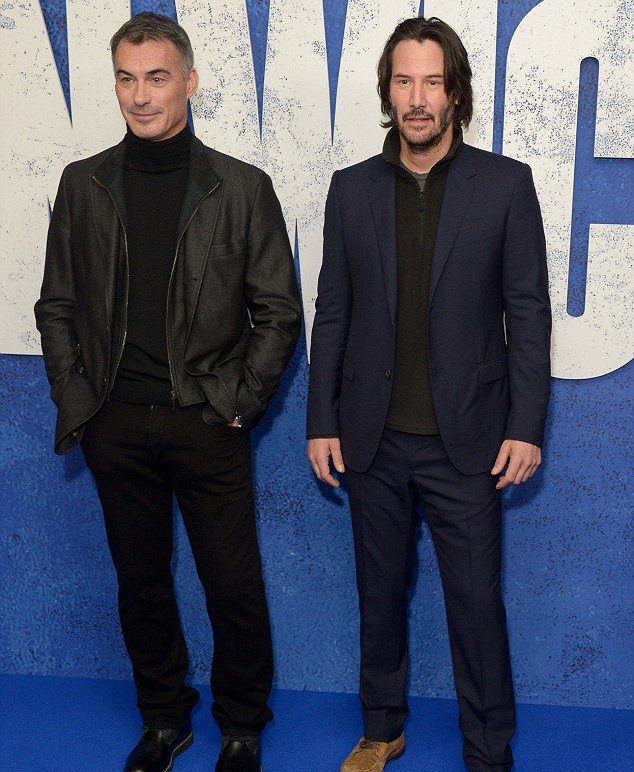 Before he moved into directing with John Wick in 2014, Chad Stahelski – who has to date directed all the John Wick movies – was a pretty big time stunt performer.

Beginning his career in the early 90s, Stahelski has worked in stunts on blockbusters including 300, Tomorrow Never Dies and Spider-Man 2. 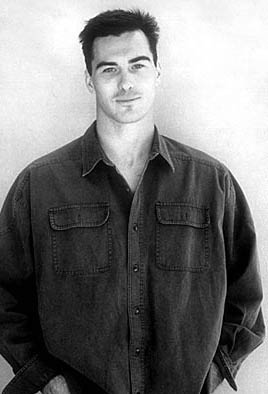 In his day, Stahelski has also acted as a stunt double for some of Hollywood’s finest – including Keanu Reeves, who he doubled on The Matrix in 1999.

Stahelski was also Brandon Crow’s stunt double on the ill-fated The Crow in 1994. His last non-directing job was stunt coordinator on The Hunger Games: Catching Fire.

6. It takes Reeves months to prepare for the role 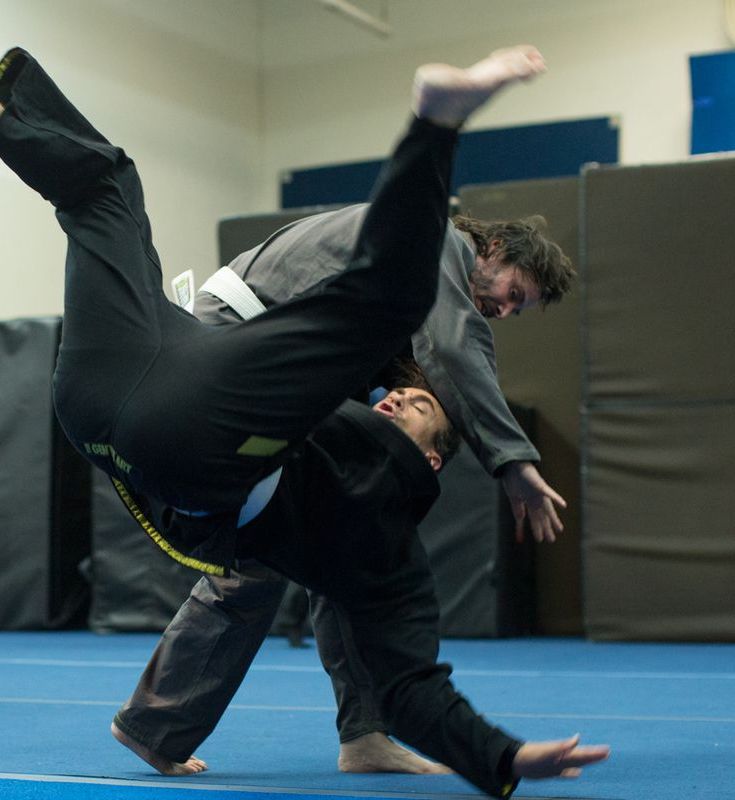 If Keanu Reeves makes being John Wick look easy, then it’s only because Reeves has spent months in preparation to make it look that way.

According to producer Basil Iwanyk, Reeves “trains four or five months before the movie starts shooting. I don’t mean like once a week I mean every day, four or five hours a day.” 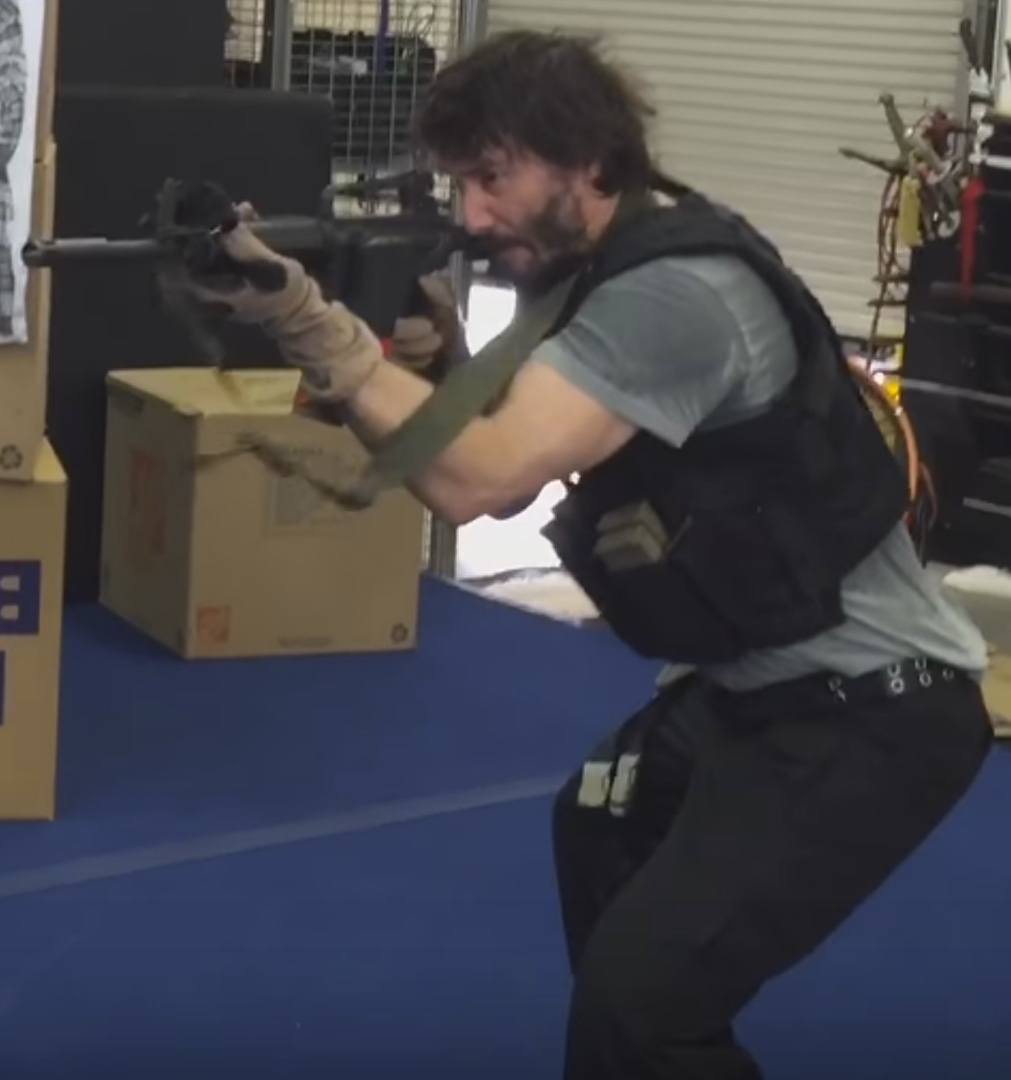 For the first film, Reeves learned judo, jujutsu, and Brazilian jiu-jitsu, and got to grips with assorted weapons; for Chapter 2, he sharpened up on his marksmanship and driving skills; and for Chapter 3, as well as the aforementioned, Reeves threw in a little horse riding. 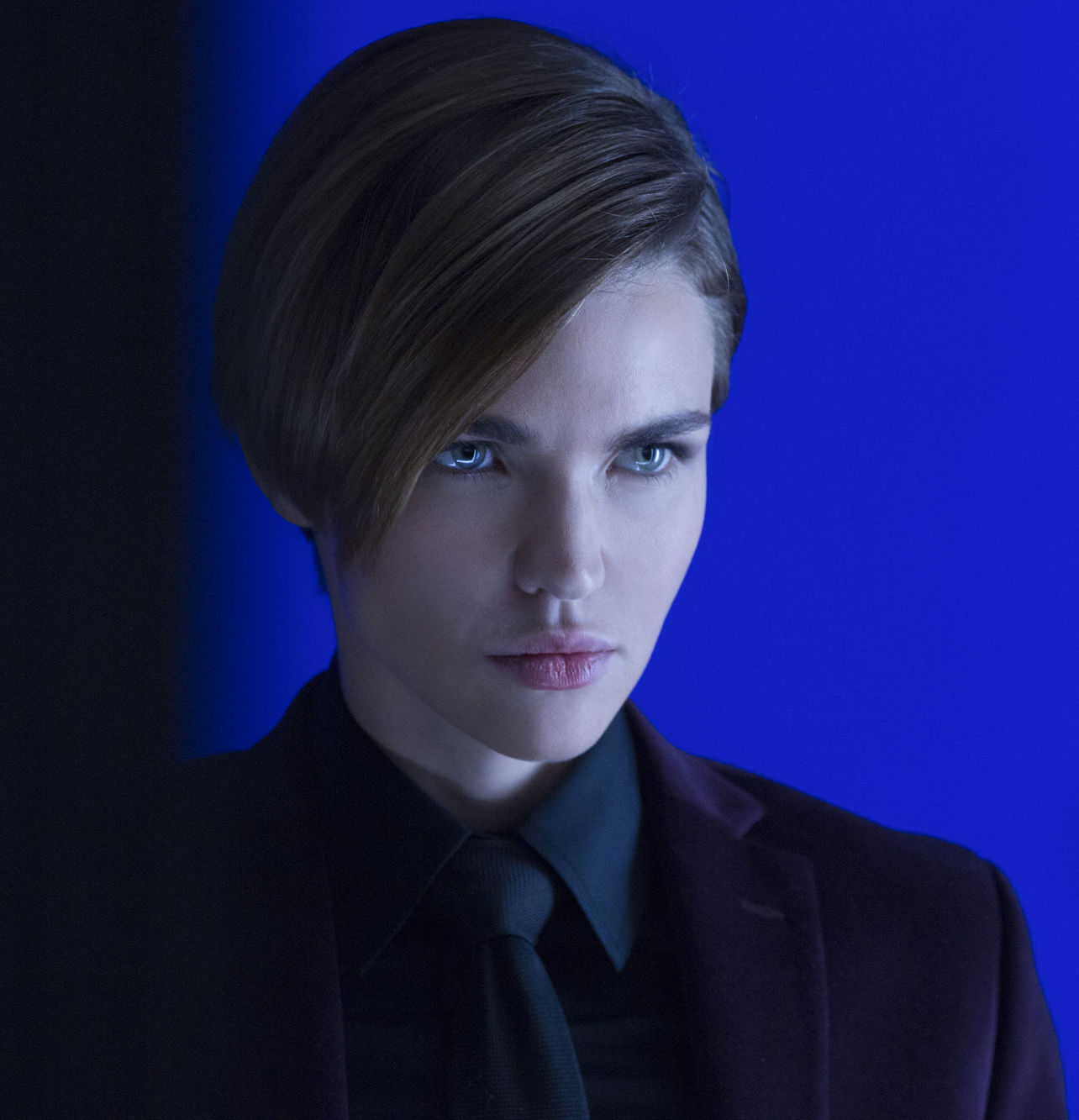 In the film, Ares is silent, communicating by signing only – a character choice Chad Stahelski made only at the last minute. 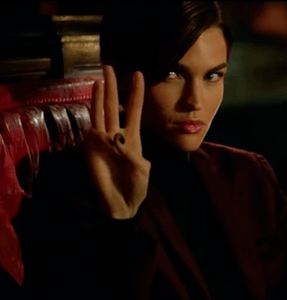 Stahelski told Empire that he made the decision to subvert expectations of the ‘quippy’, ‘sexy’ henchwoman by making Rose “the action actor to sign language”.

“At the end of the day, to her credit, she trusted me enough to try it. She has a great face, great eyes. She always looks a little p**sed”.

4. John kills an enormous number of people in the first three films 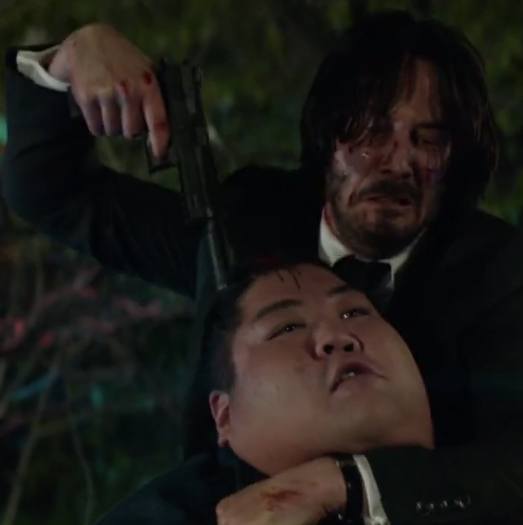 It would likely be a professional embarrassment for John Wick if, in the first three films in the franchise alone, he hadn’t already killed a shocking number of people.

So far, John has personally killed 299 bad guys, with his highest kill count coming in Chapter 2. 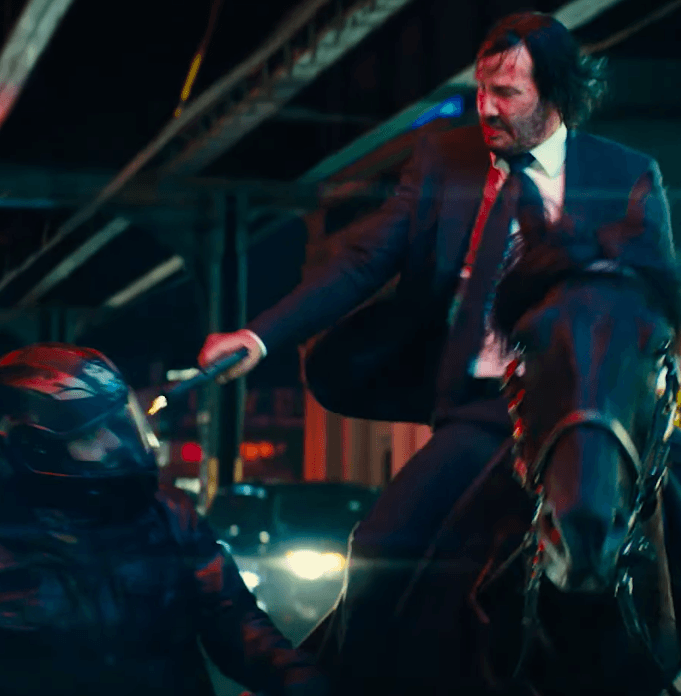 3. The films are chiefly inspired by old Hollywood musicals 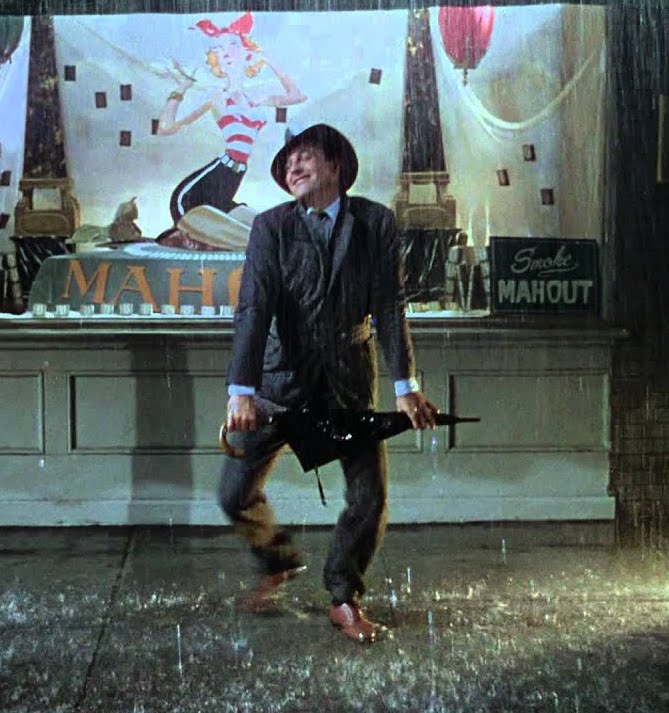 Chad Stahelski, a self-confessed “huge fan of musicals”, isn’t afraid to admit that his gung-ho, trigger-happy franchise is inspired by some of Hollywood’s finest song-and-dance movies.

In a 2017 interview with Empire, Stahelski cited the likes of The Sound of Music, Singin’ in the Rain and “Any old Danny Kaye stuff” as his touchstones for the John Wick movies. (He also thought La La Land was “the best f**kin’ movie of the year”.) 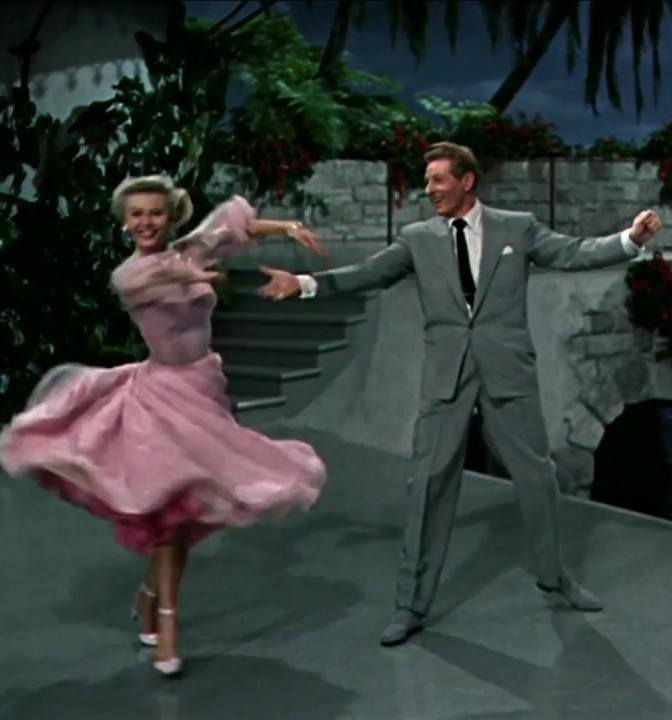 “Early on, I got into martial arts choreography, studying the Hong Kong guys – and it was all from Jackie Chan saying ‘Go watch dance! More like dance!'”, explained Stahelski.

Of the first John Wick, Stahelski says: “I don’t want to reach and say it was a musical, but it was meant to be a live performance based on dance.”

2. Halle Berry  trained for six months for her extended cameo in Parabellum 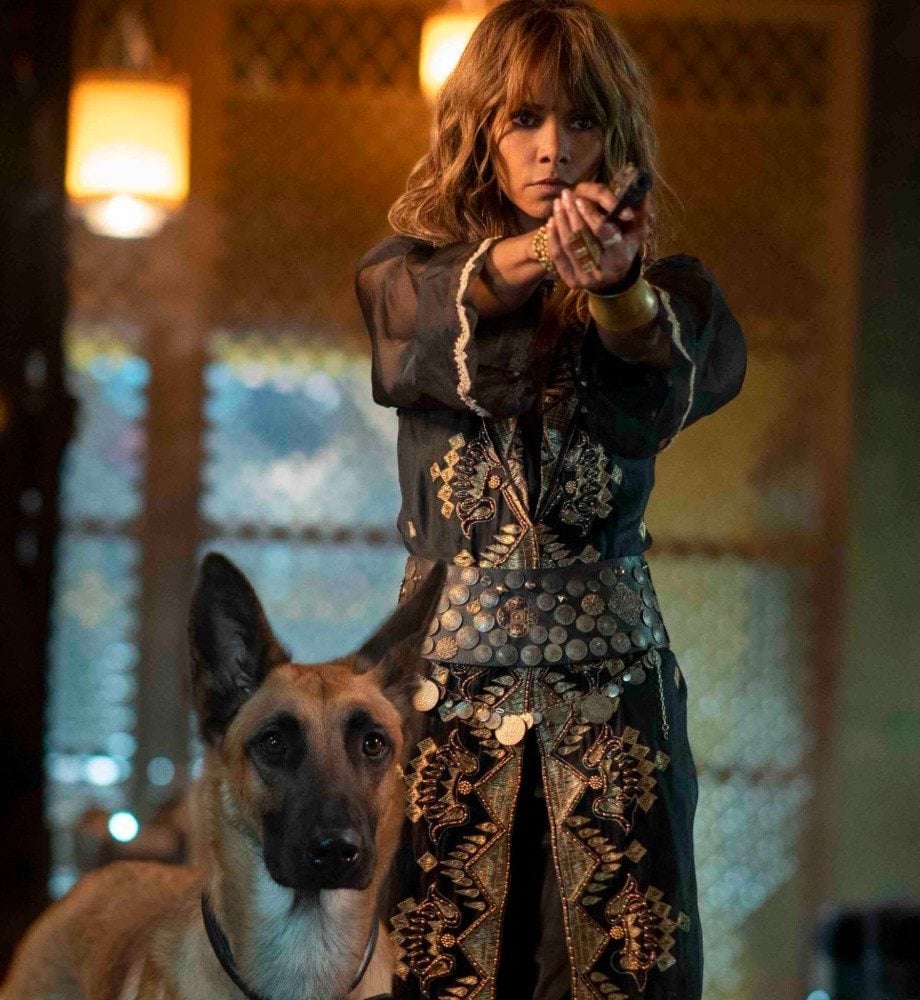 Halle Berry’s John Wick training, which she described as “the hardest I ever had to do”, was so intensive it took up half a year.

For her appearance in Parabellum’s second act – what essentially amounts to an extended cameo – Berry trained for six months, five days a week, in all manner of stunts and fighting styles. 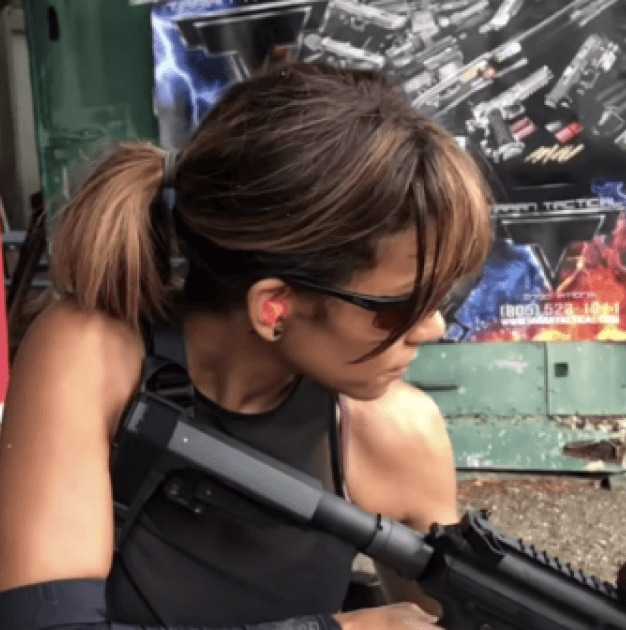 Says Berry, it was “gun training, jiu-jitsu, aikido, all different kinds of martial arts.” In addition to all that, Berry also had to go through dog training, to prepare for her standout scenes with two bloodthirsty Belgian Shepherds. 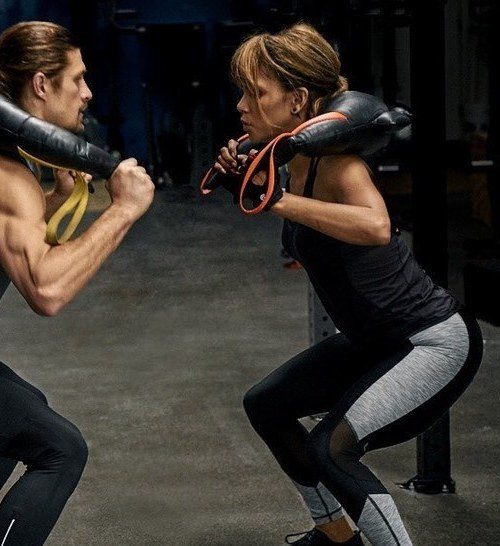 Halle Berry didn’t just train hard for John Wick: Chapter 3 – she trained herself so hard she ended up breaking three of her ribs.

While Berry says she continued training for a while with the fractures, she eventually had to stop, leading to the very real concern that she was going to be replaced in the part of Sofia. 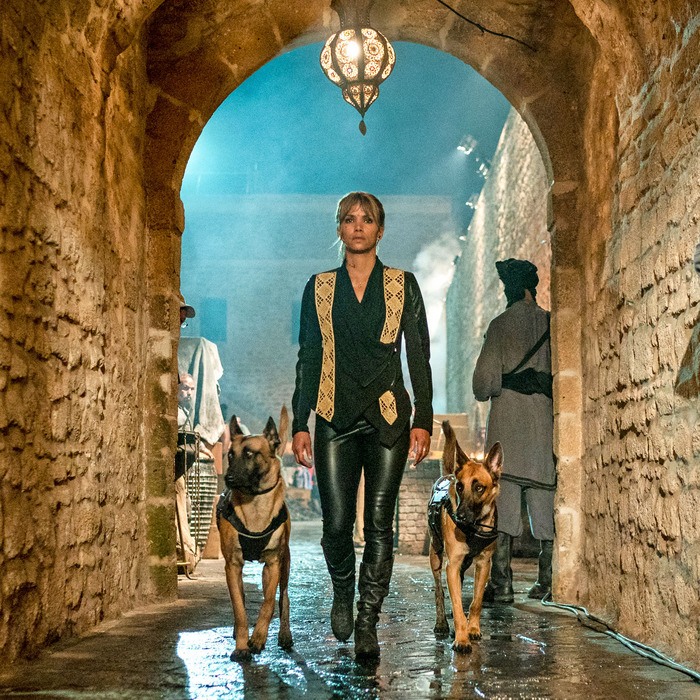 Fortunately for Berry, the Parabellum team opted to move the shoot along so that the actress had time to heal.

Berry told Extra that Stahelski “pushed the production a little bit and I got to come back and when I came back I actually felt better.”