It took 21 films, but the Marvel Cinematic Universe finally has a standalone female superhero movie to call its own.

Evidently, it couldn’t have come soon enough. Not only have critics been kind to Captain Marvel, but the film is proving so popular with audiences that it’s already entered the pantheon of most successful films ever. 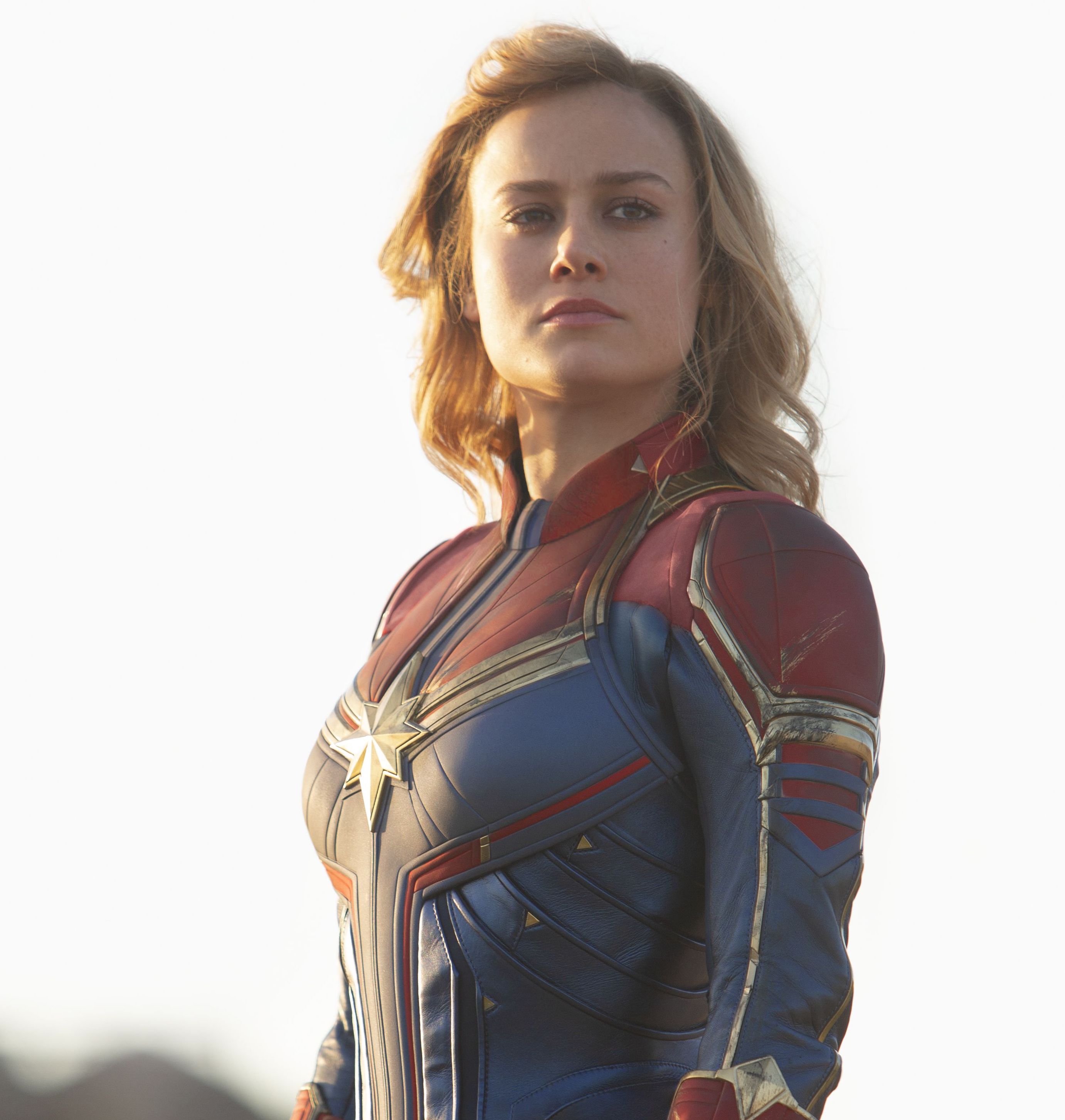 As it continues to play in cinemas worldwide, Captain Marvel is already the 27th highest-grossing film of all time, with $1.067 billion in box office receipts so far.

The film was a long time coming: with a script written as far back as 2013, it’s taken six years to bring Carol Danvers to the screen. 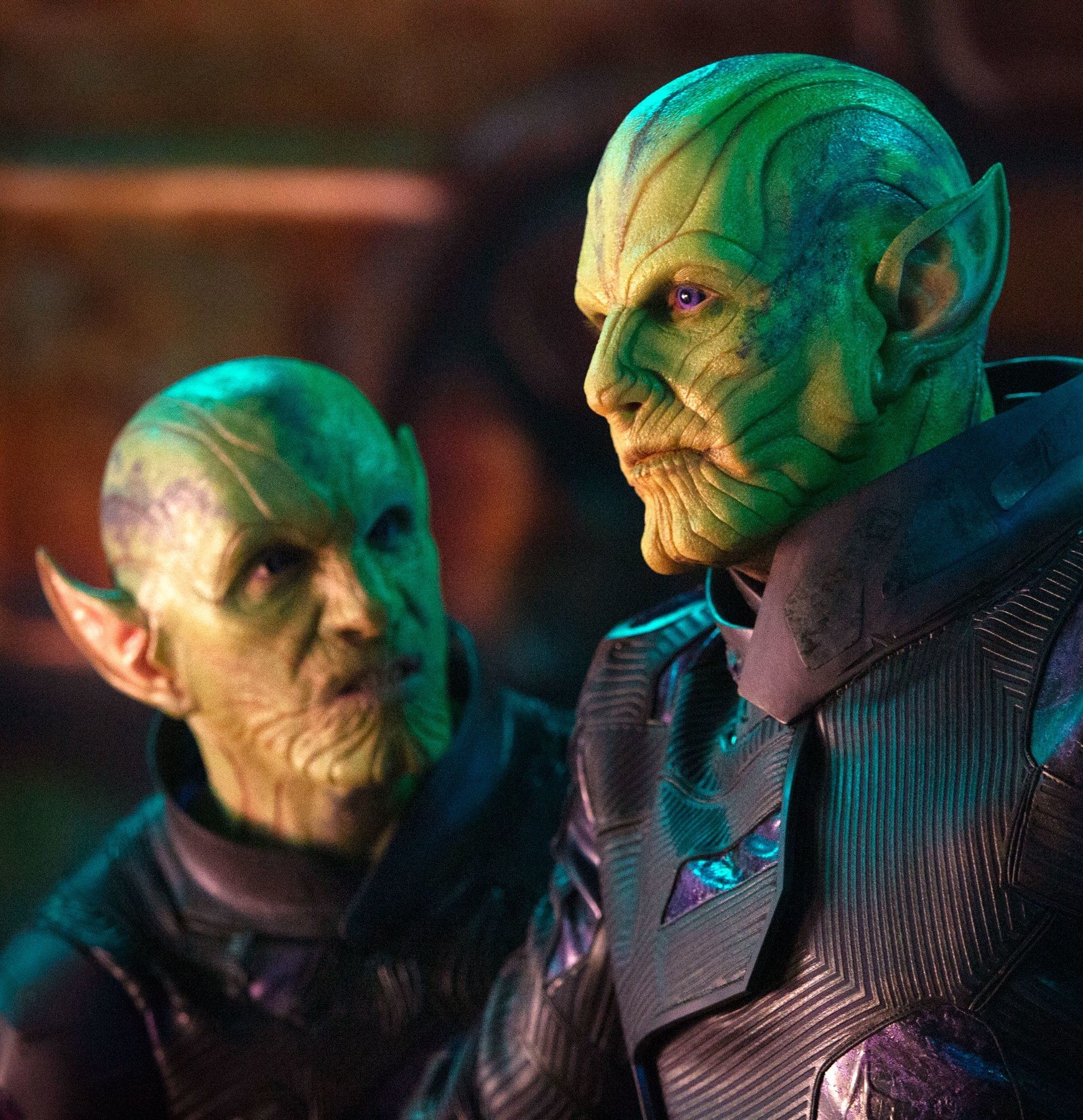 As the film continues to dominate the box office, here are ten things you didn’t know about Captain Marvel. 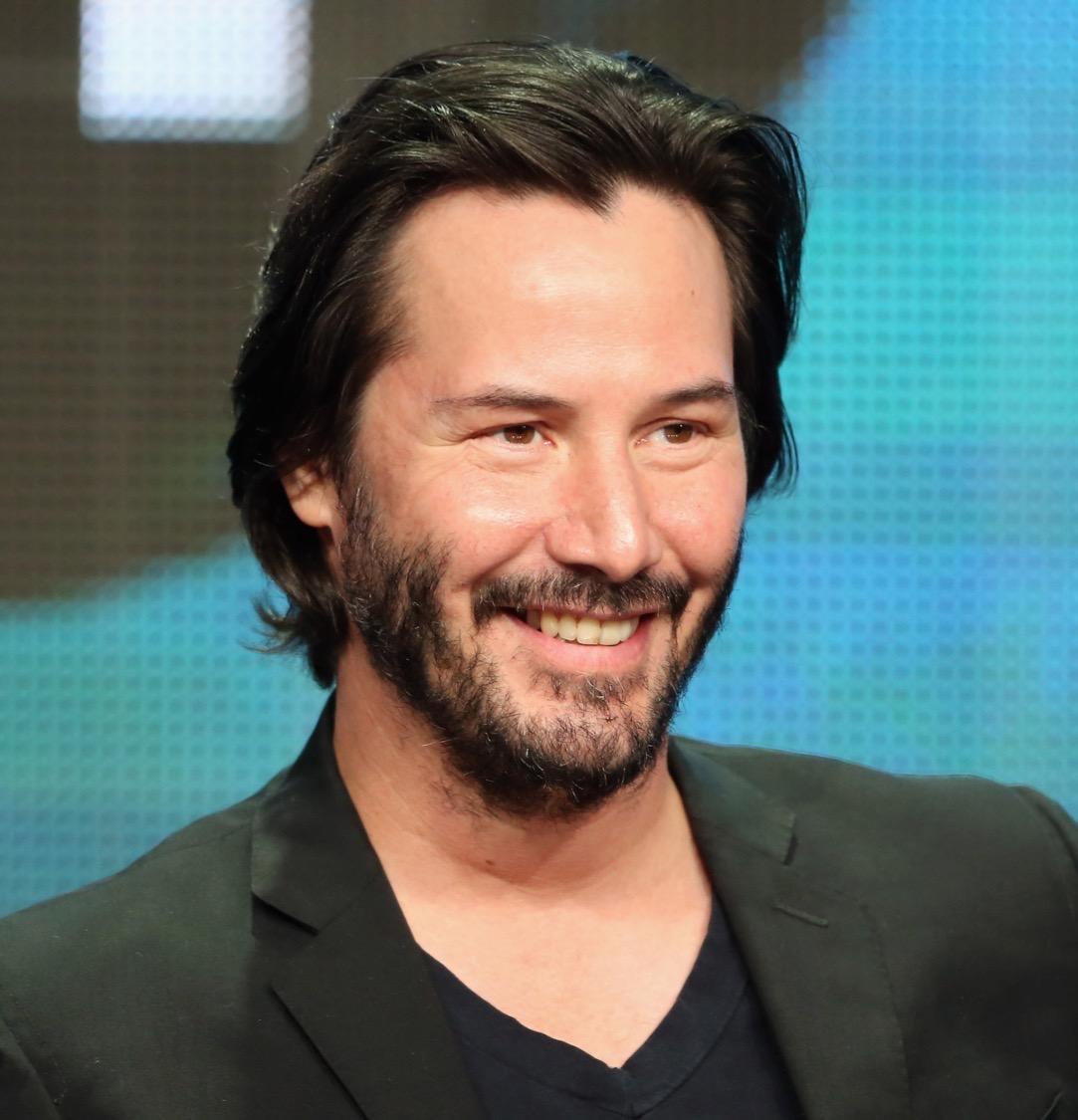 Considering Captain Marvel’s love of 90s action movies, it makes sense that producers were at one point looking to cast Keanu Reeves in a key role.

Reeves, king of the 90s action movie in the likes of Speed and The Matrix, was reportedly cast as Yon-Rogg before Jude Law. 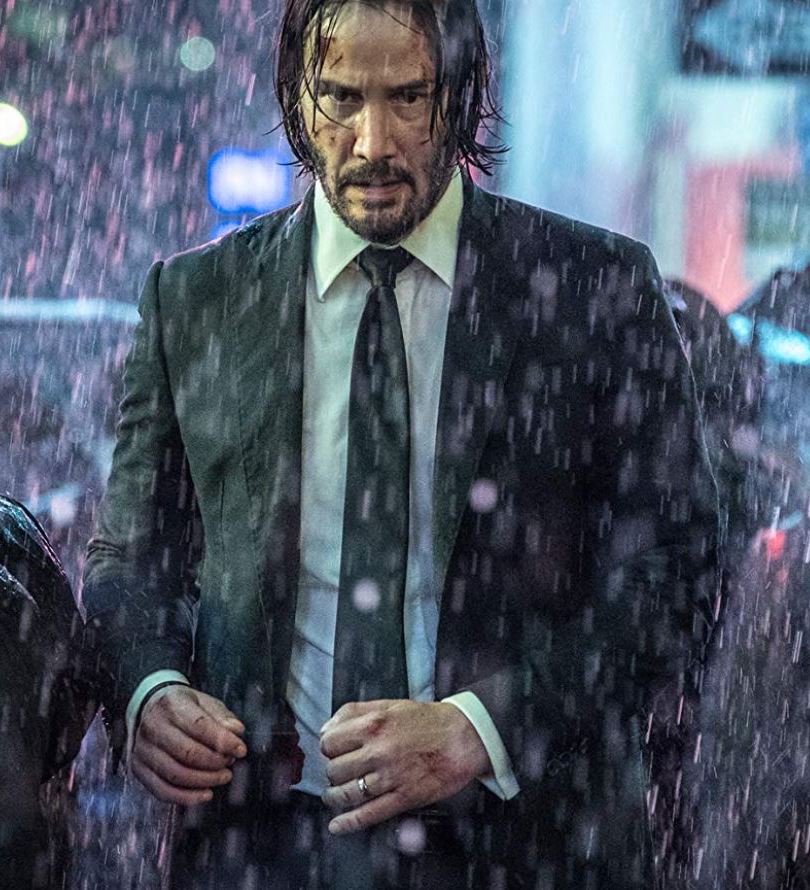 However, as production was delayed, Reeves was forced to drop out to make John Wick 3. Law was then cast as Yon-Rogg in Reeves’ place.

9. Brie Larson trained for nine months for the role 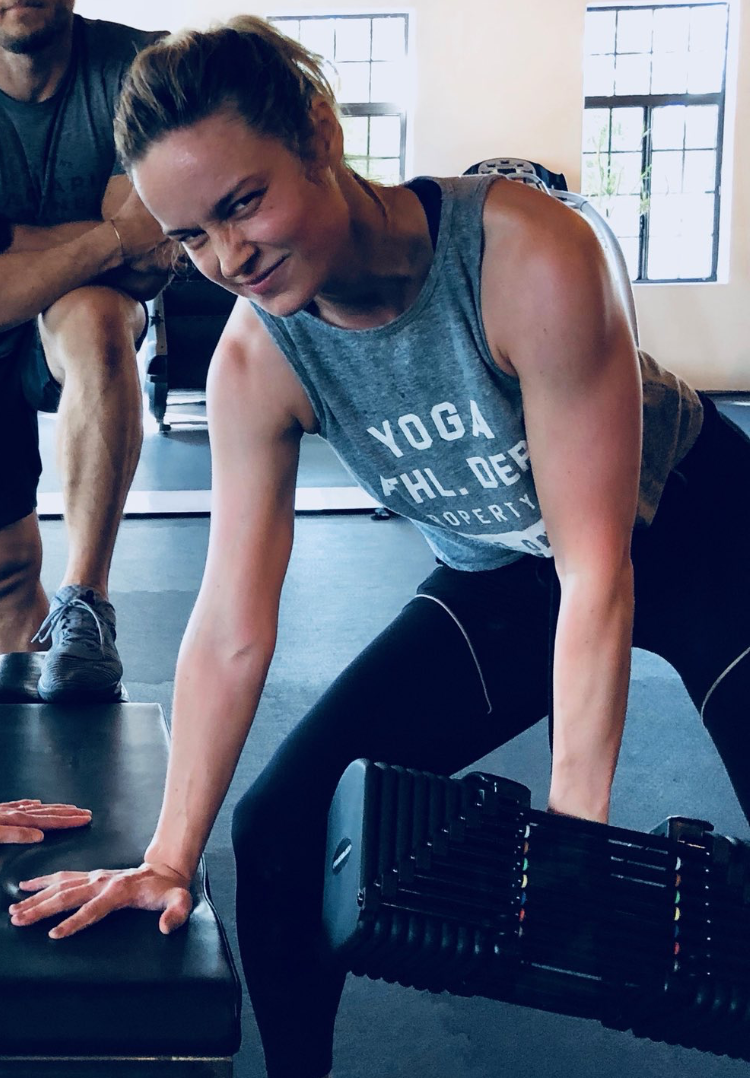 Cast as the first Marvel woman to get her own standalone film, Brie Larson not surprisingly took the role of Carol Danvers/Vers/Captain Marvel seriously.

In all, Larson spent four hours a day over a straight nine months training to play the character, in the process learning judo, boxing, and wrestling. 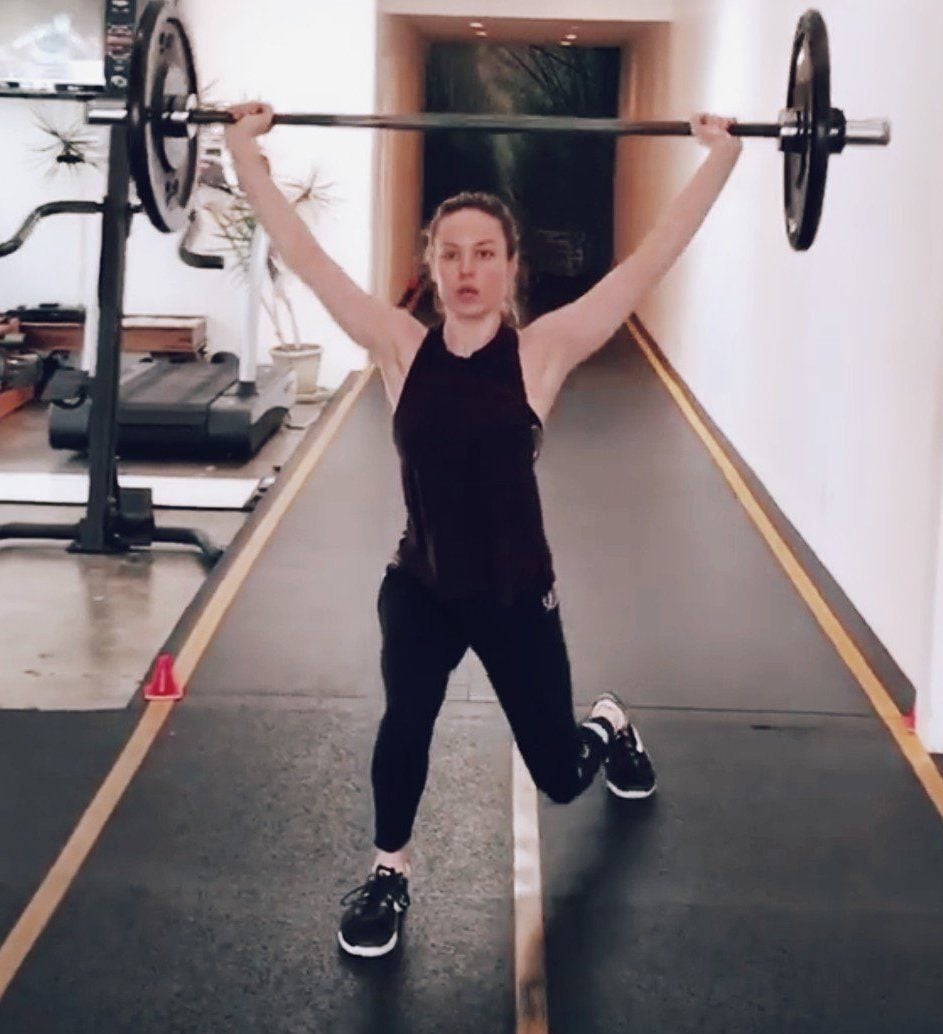 “I was an introvert with asthma before this movie,” Larson told Entertainment Weekly last year. “And I didn’t know that I had a little Keanu Reeves in me! Who knew?”

8. Carol was originally going to shoot a cutout of Jim Carrey’s Mask character, thinking it was a Skrull 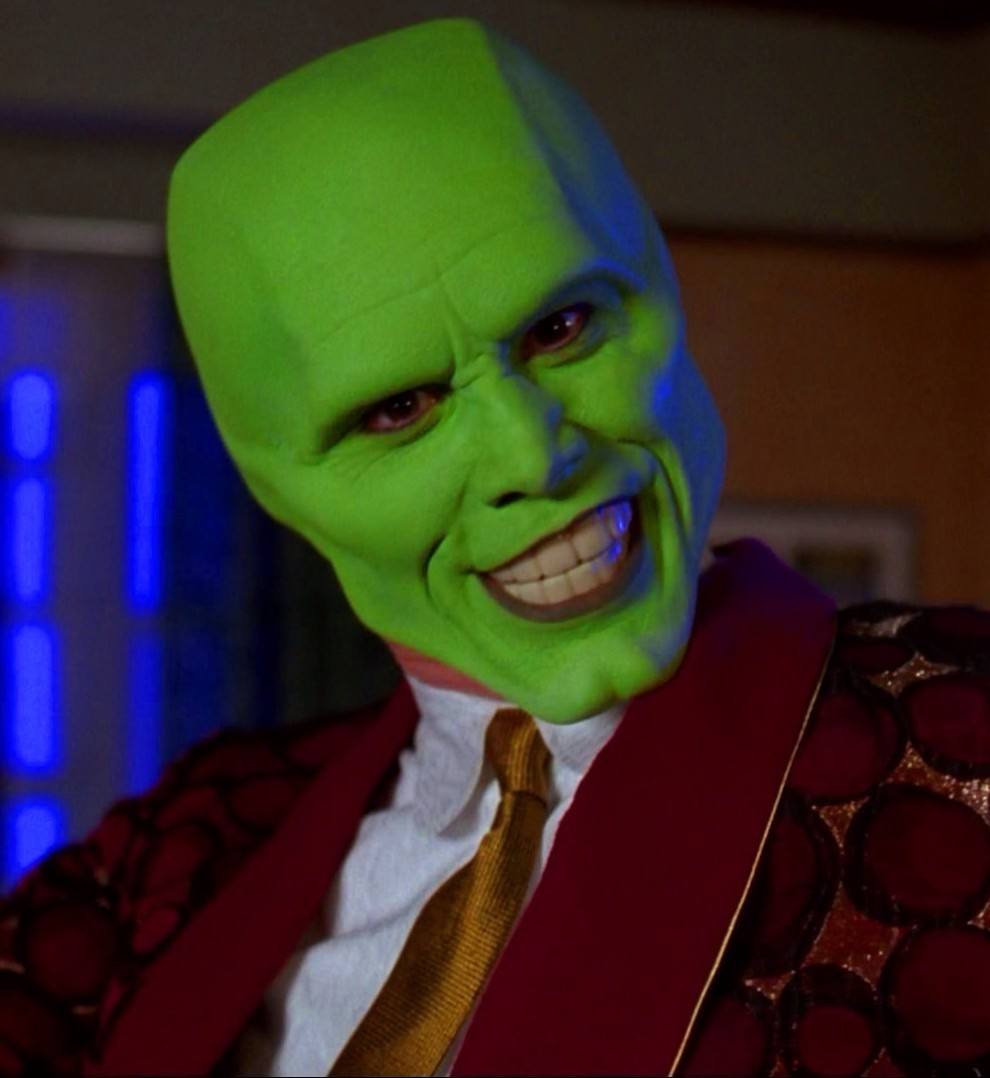 One of the best visual gags in Captain Marvel comes early in the film, when the Kree warrior has her introduction to Earth inside a Blockbuster video store.

Seeing a cardboard cutout of Arnold Schwarzenegger from the film True Lies, Vers mistakes the cutout for an enemy and shoots it. 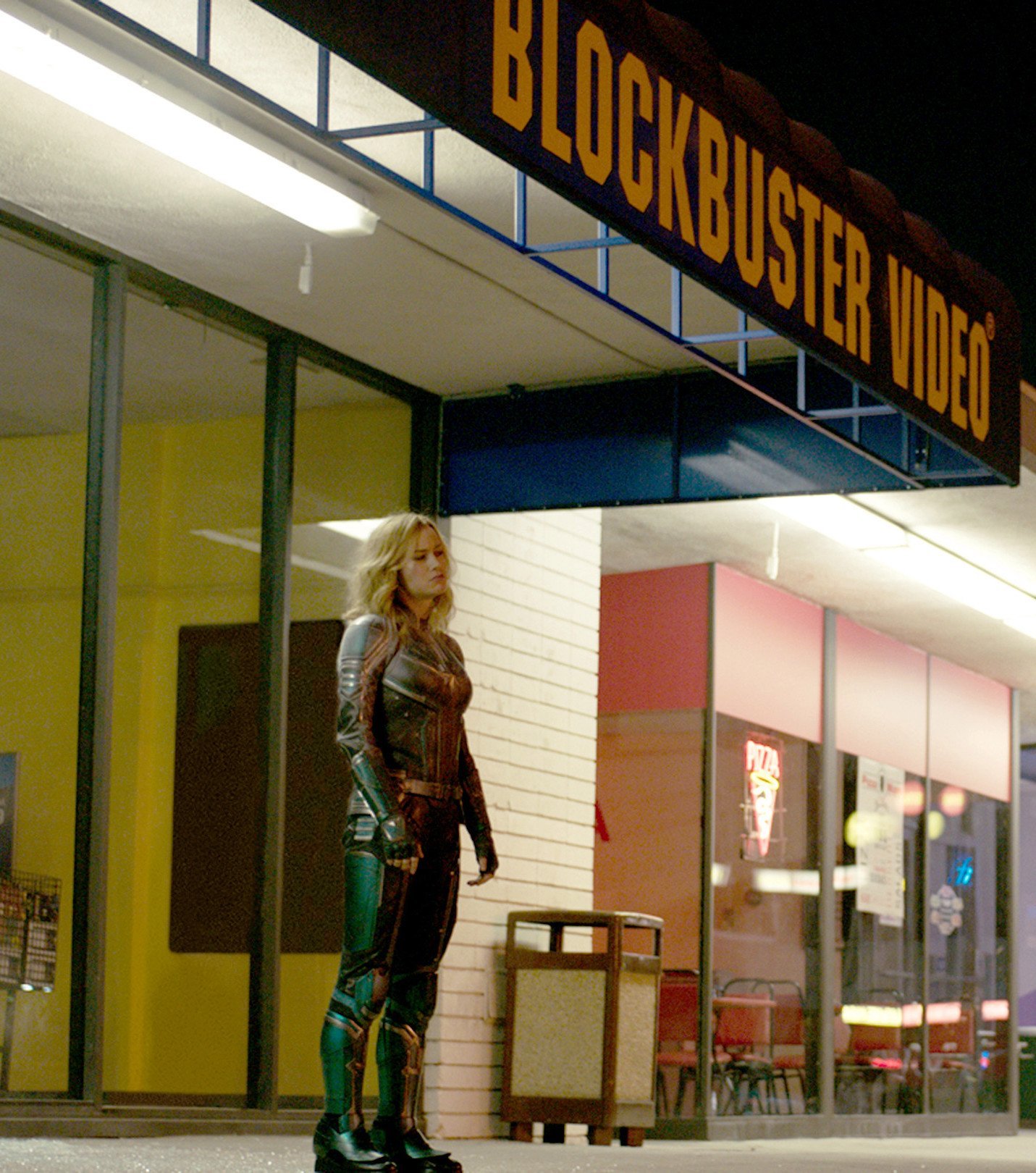 The gag as scripted could have been even better: the cutout Vers was originally supposed to shoot was one of Jim Carrey’s green-faced The Mask character, mistaking it for a Skrull.

Unfortunately, the producers couldn’t clear the rights to the character, so they went for Schwarzenegger instead.

7. The ‘actor’ who plays the Blockbuster security guy is Marvel’s actual head of security 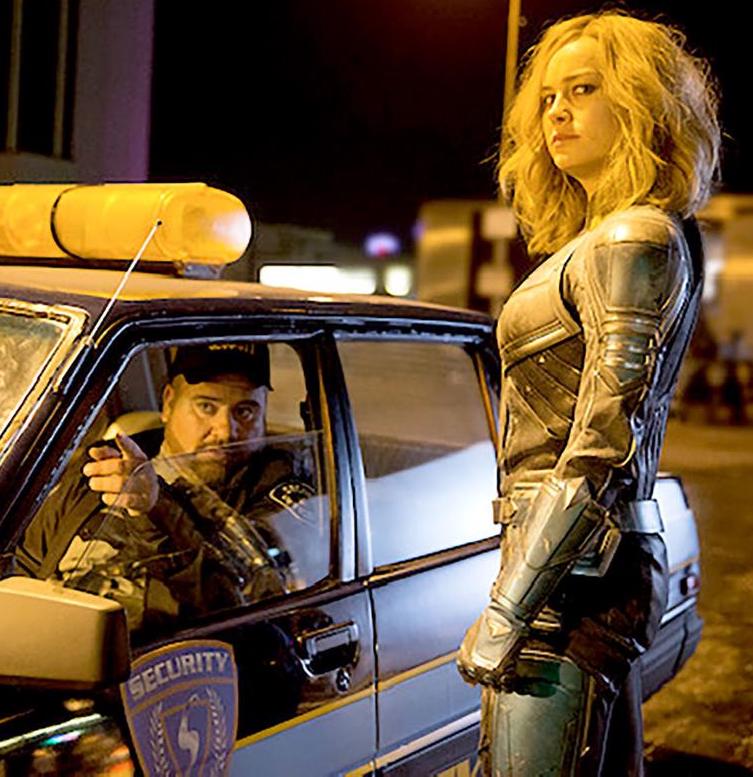 Vers’ run-in with the perplexed security guard outside of the Blockbuster continues the fish-out-of-water hilarity of the film’s early Earth-set sequences.

It’s a fun little performance, from someone whose main job isn’t acting but in actual security – specifically, he’s the security director for the MCU. 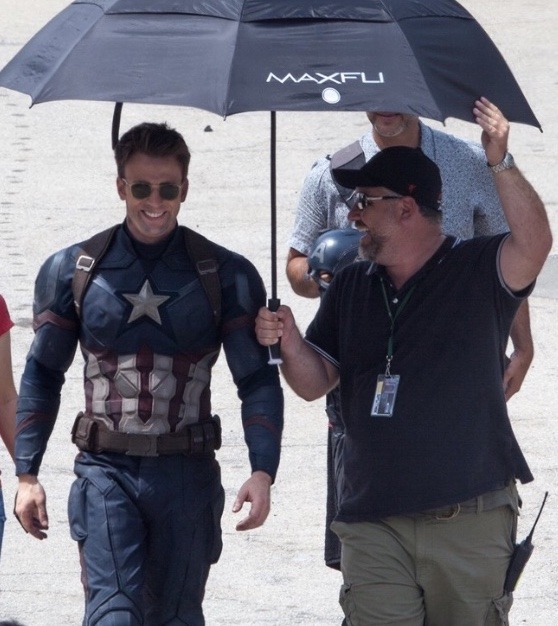 Barry Curtis, who plays Captain Marvel’s Mall Security Guard, has worked with Marvel since Iron Man 2. He’s been security director on MCU film sets ever since.

6. Goose is CGI or a puppet in all his scenes with Brie Larson because the actress is allergic to cats 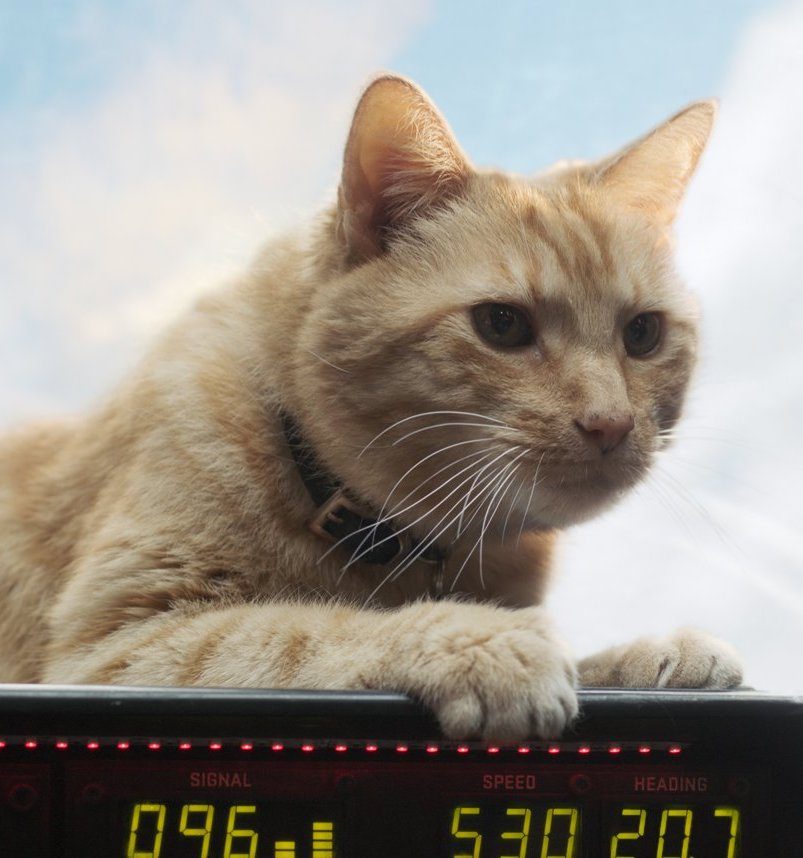 A regular troublemaker in the film, Goose proved a hurdle for the filmmakers when it came to shooting Captain Marvel, too.

With Brie Larson allergic to cats, the actress was unable to film any of her Goose scenes with any real cats, forcing Ryan Fleck and Anna Boden to come up with some creative solutions. 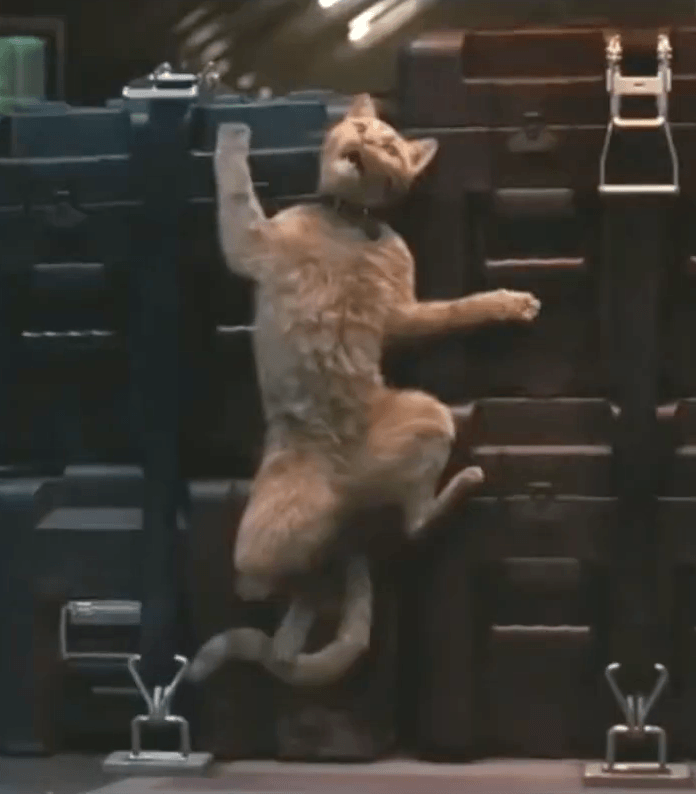 Rather than risk putting their star through an allergic reaction, Fleck and Boden instead decided to shoot any of Larson’s scenes with a puppet or CGI standing in for Goose. 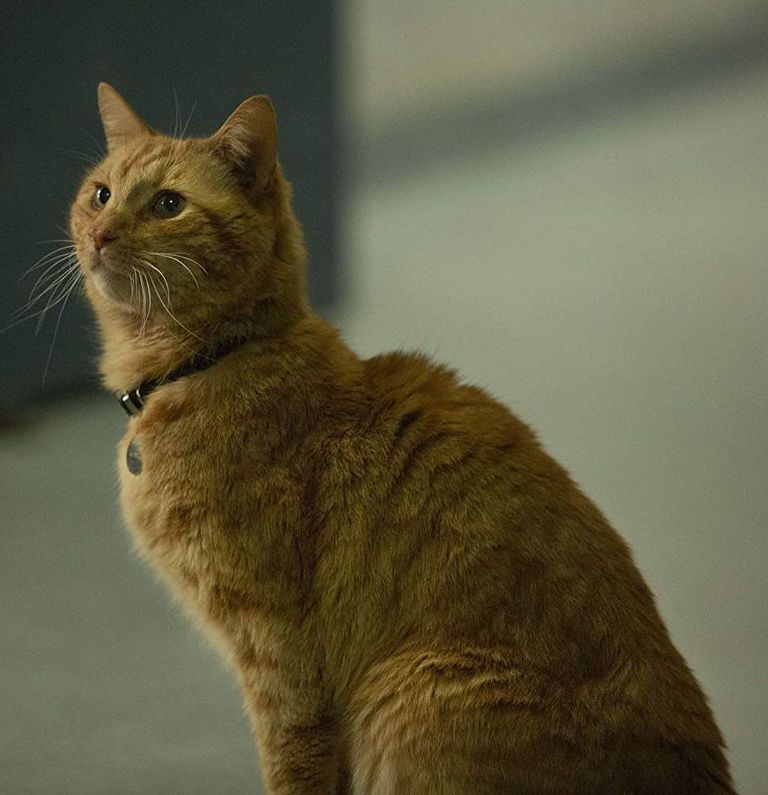 Even though many of the shots featuring Goose involve a puppet or computer-generated animal, Marvel still hired some real cats to play the troublesome Flerken. 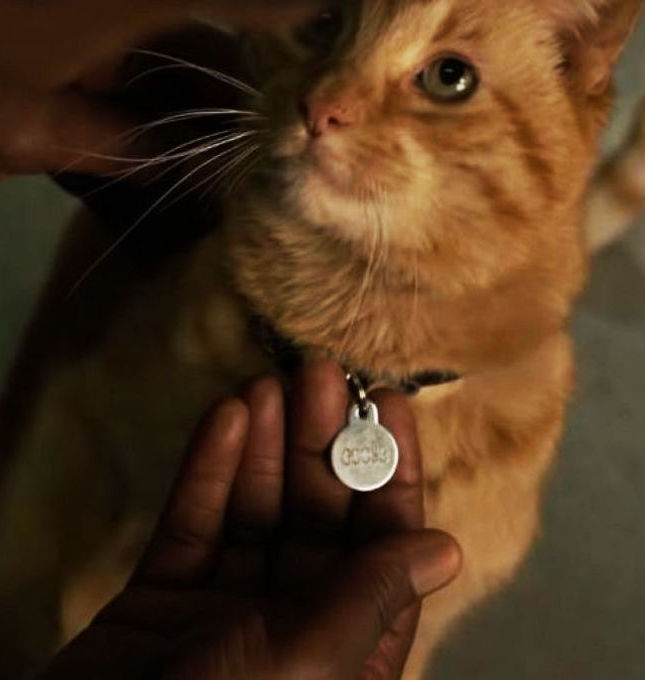 The four were cast based on their different personalities (eg ‘nuzzling’, ‘jerk’), each able to portray a different facet of Goose. 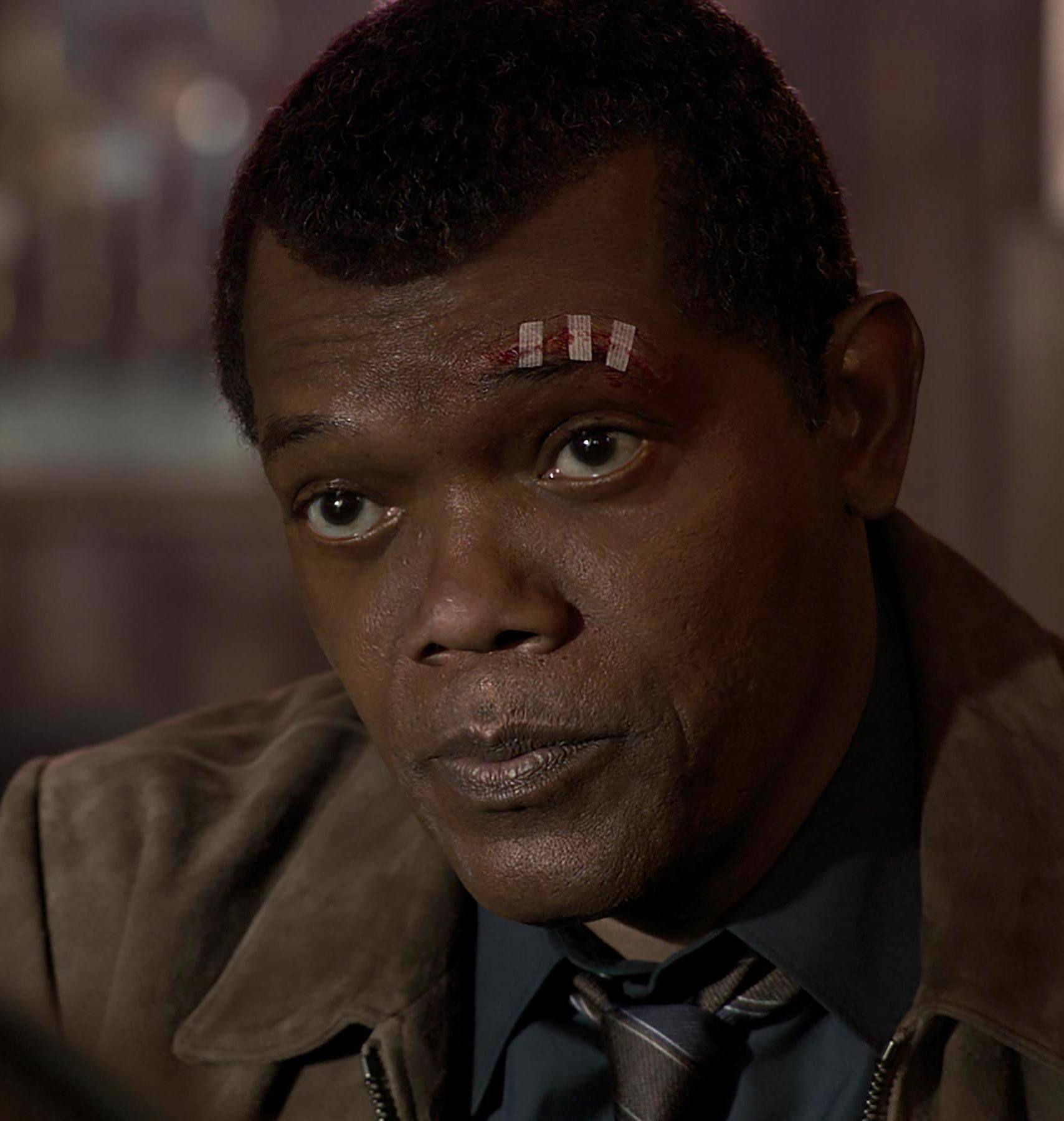 One of the key selling points of Captain Marvel, apart from that dependable Marvel magic, is seeing 70-year-old Samuel L Jackson back in his 90s prime.

The best case yet for digital de-aging in the movies, Captain Marvel’s Nick Fury looks uncannily like Jackson did more than two decades ago – with one film a specific influence. 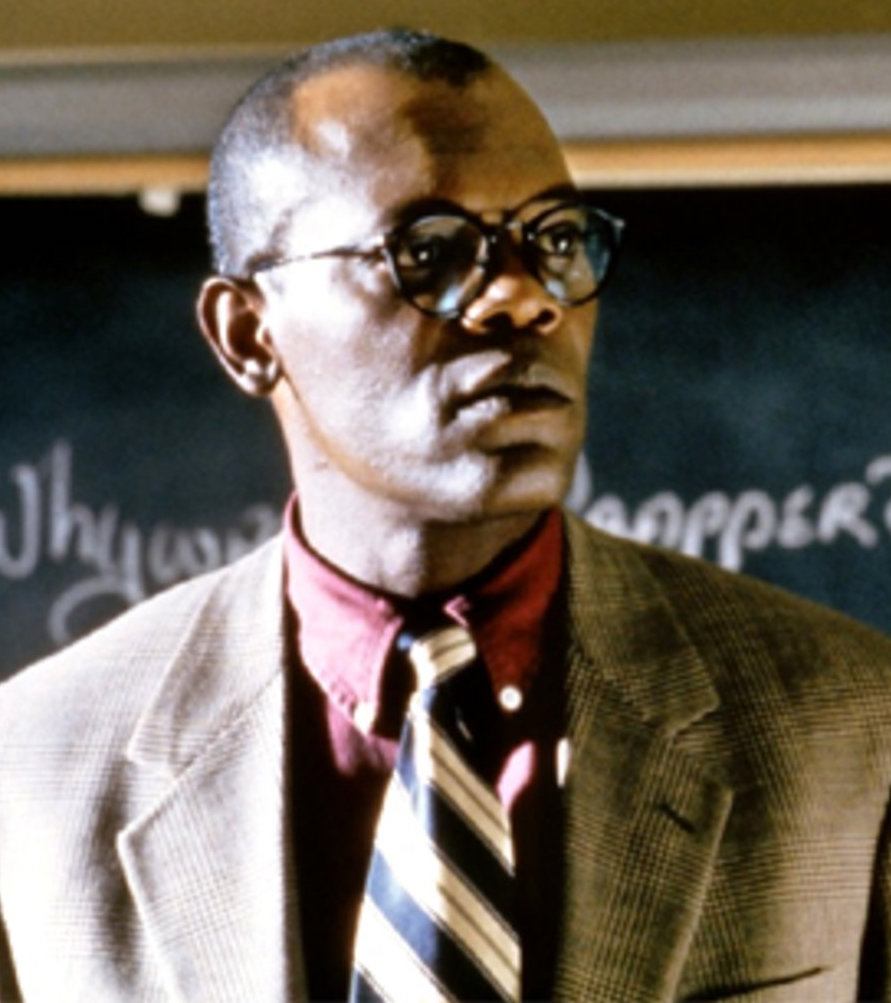 Says Lola VFX supervisor Trent Claus: “What we ended up settling on was a little bit from Die Hard, a bit from Loaded Weapon 1, but our hero movie was a smaller film called One Eight Seven.”

3. RoboCop was the main inspiration for the film 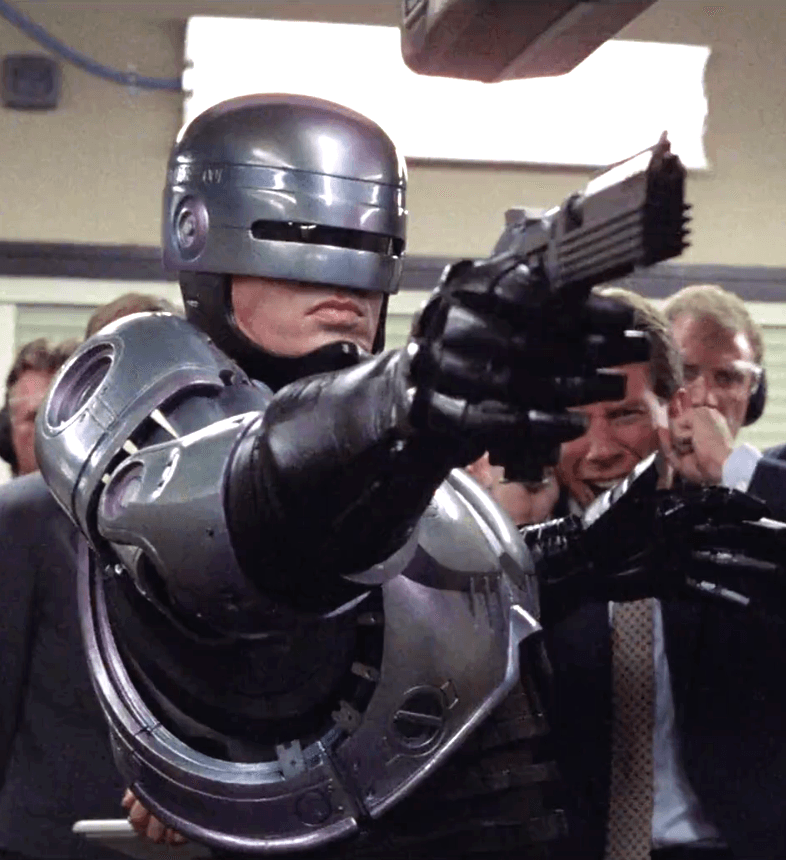 When Ryan Fleck and Anna Boden were looking at stylistic influences for Captain Marvel, they had a few different films in mind.

While Fleck and Boden drew from 90s action movies like Terminator 2 and gritty 70s thrillers The French Connection and The Conversation, 1987’s RoboCop proved the biggest inspiration. 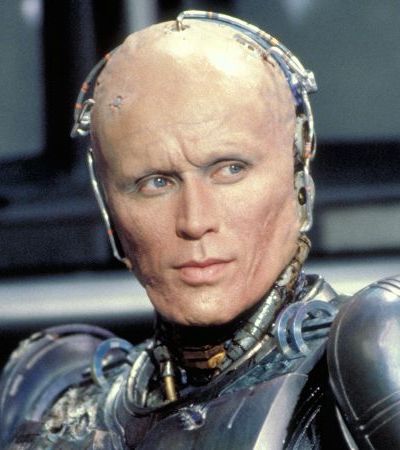 Say the directors: “what is exciting to us about RoboCop was this idea of a character who’s finding himself and finding his past…that was one of the first things we talked to Marvel about”.

2. Stan Lee cameos as himself reading a script for a film he appeared in in 1995 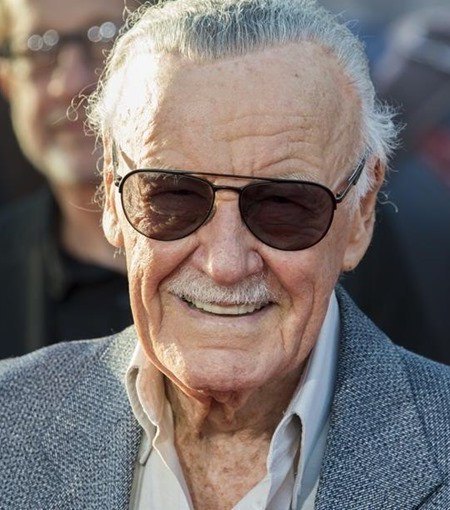 Last year, Marvel head honcho Stan Lee passed away at the age of 95, but not before leaving a couple of posthumous cameos in the can.

Lee’s Captain Marvel cameo is particularly meta: he can be seen reading a script for the 1995 film Mallrats on the train Vers chases the Skrull through. 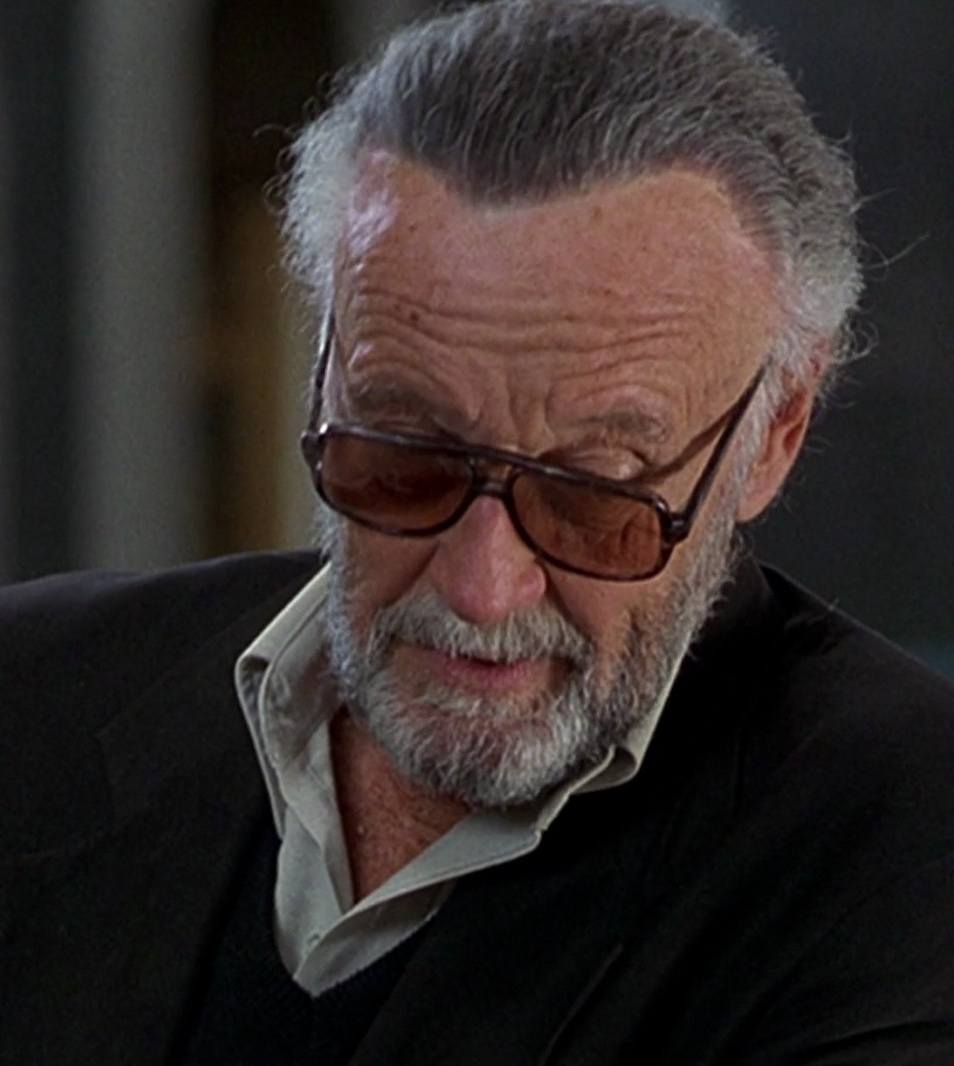 In Mallrats, Lee cameoed as himself – meaning that the Lee we see in Captain Marvel is supposed to be Lee himself circa 1995, rehearsing his lines for the upcoming movie. 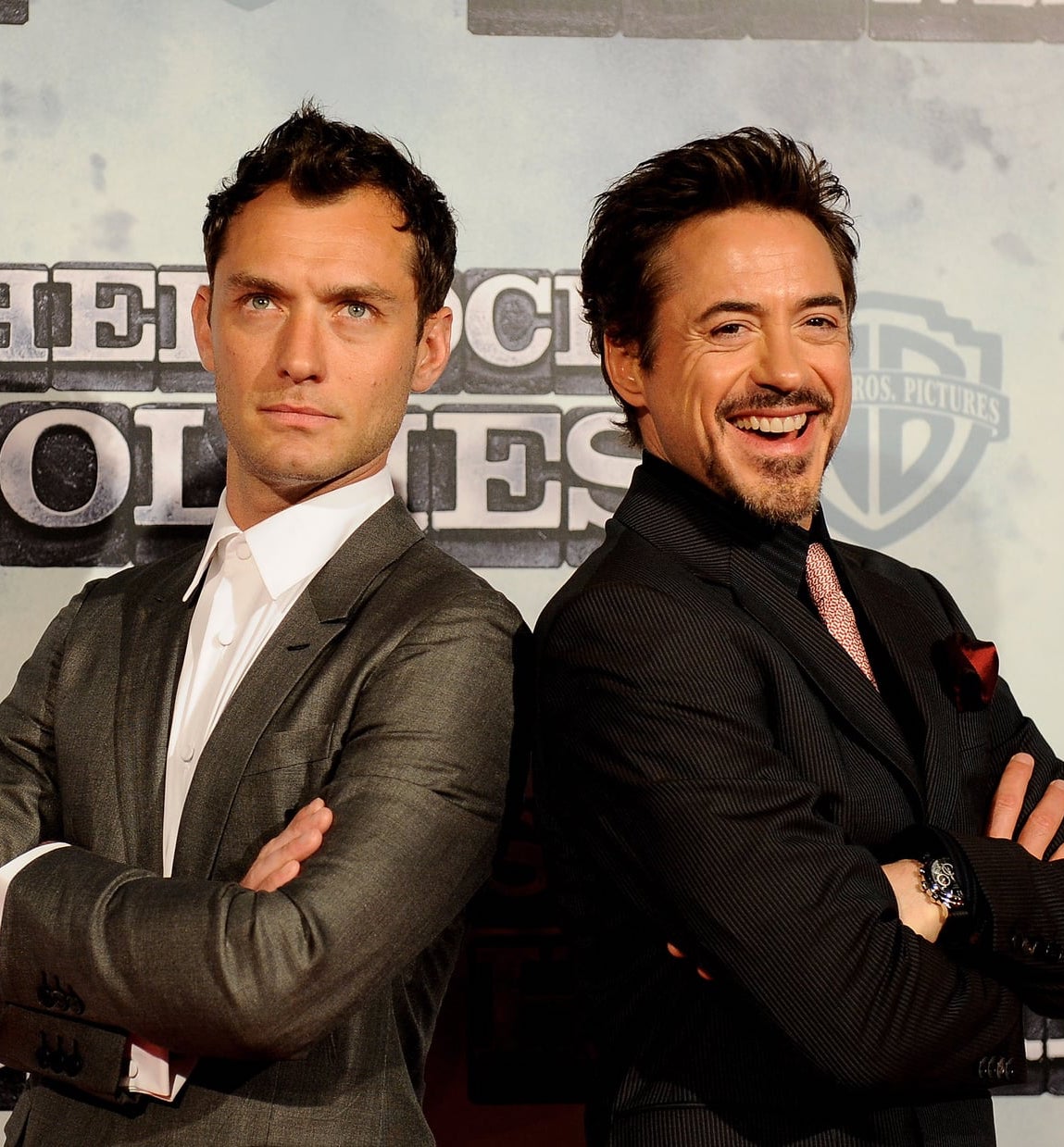 Having co-starred together in two Sherlock Holmes films, Jude Law and Robert Downey Jr have a pretty good relationship at this point.

One of the MCU’s key spokespeople, Downey was the one who actually convinced Law to take the Captain Marvel gig. 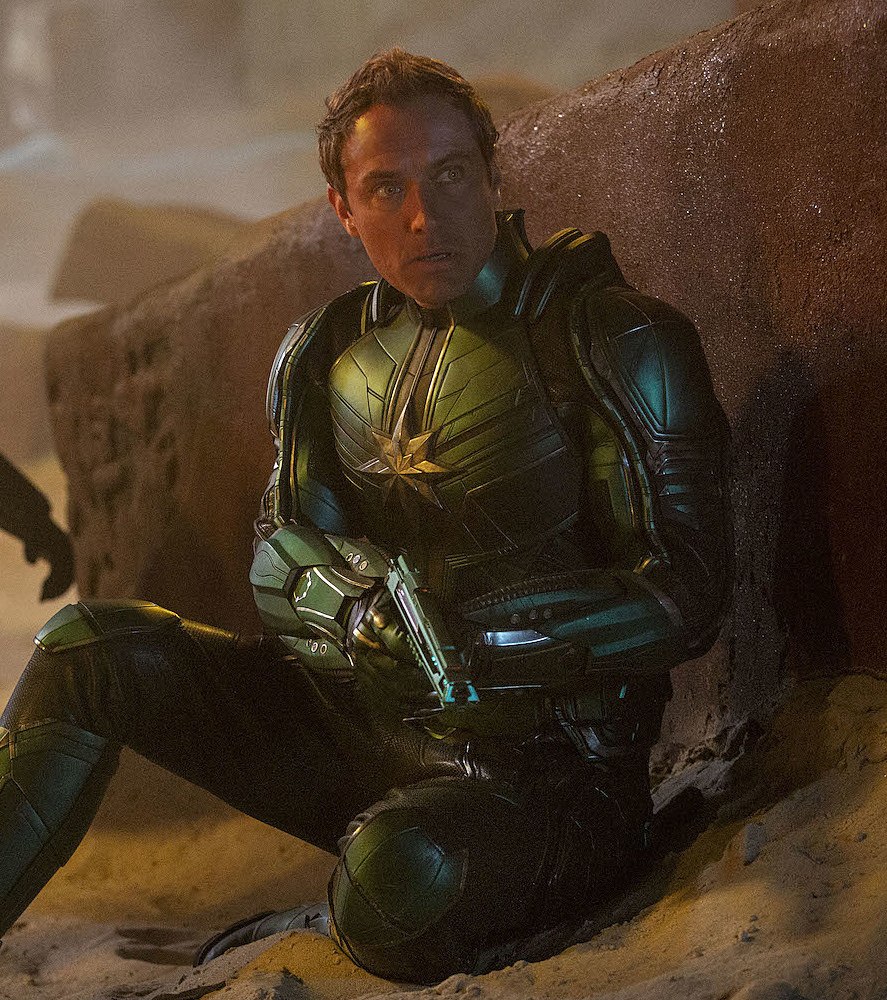 “[Downey] talked a little bit about how [making a Marvel movie is like] fitting this one piece into a bigger picture that someone else has got their eyes on, and giving yourself over to that”, Law told Entertainment Weekly. “It’s not about trying to understand everything. Just do your piece.”