10 Strange And Bizarre Facts About My Little Pony

You probably already know that My Little Pony toys were massively popular, with 150 million ponies being sold in the 1980s alone. We’re sure that many of you owned one, and we bet that lots of you also enjoyed watching the brilliant cartoon series ‘My Little Pony ‘n Friends’, which was first shown in 1986 and lasted for two series. 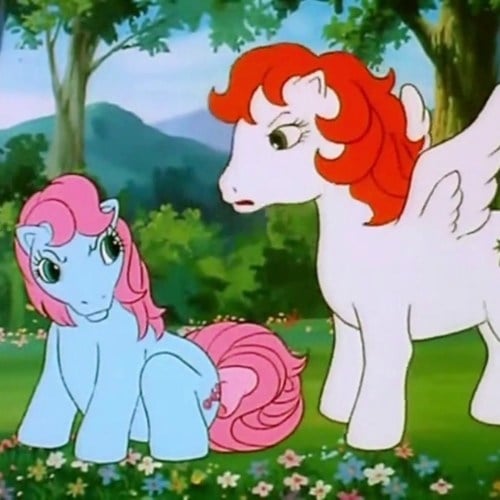 You probably remember My Little Pony being all sweetness, innocence and light, so you may well be shocked to learn some of the strange and bizarre things we’re about to tell you about them!

Please do post a comment letting us know your memories of My Little Pony, and be sure to share this post with your fellow 80s kids, so that they too can find out some of the weird facts behind their favourite toys and show!

1. The Original Ponies Were Not ‘Little’ 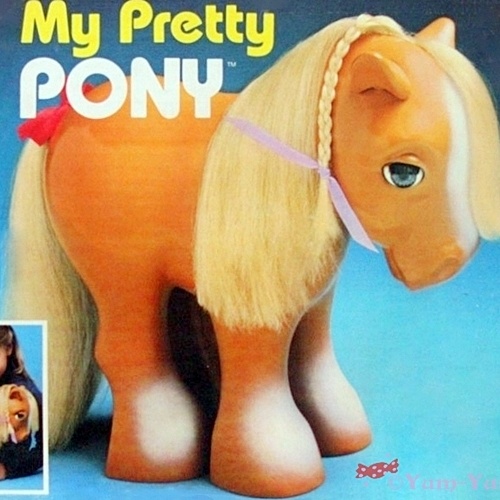 Whilst it may seem bizarre to claim that My Little Ponies were not even little, that is indeed the case, at least when they first started out.

Because the predecessor to My Little Pony was actually called ‘My Pretty Pony’. It was introduced by Hasbro in 1981, and it was a plastic figurine that could wiggle its ears, swish its tail, and wink one eye

2. They Had Some Questionable Names 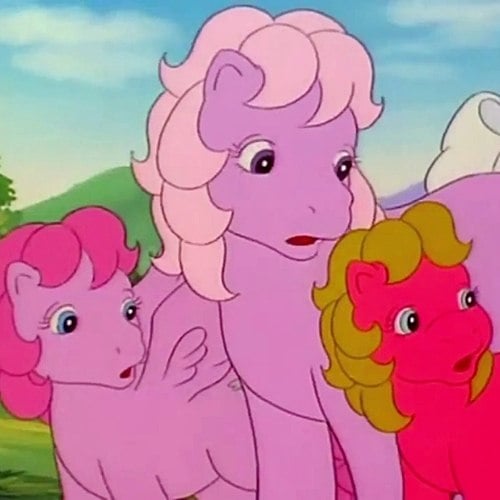 It may seem a strange claim, but when you consider that their names include Cherries Jubilee, Ruby Lips and Chocolate Delight, as well as Steamer, Whizzer and Salty, you might begin to understand where they’re coming from! 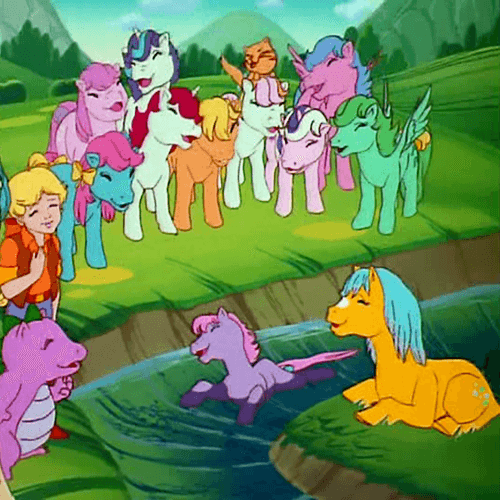 The ponies’ first TV special, called simply ‘My Little Pony’, was initially released in April 1984, although it was later renamed ‘Rescue at Midnight Castle’.

It saw a really scary beast called Tirek trying to capture and enslave the ponies with help from Scorpan, who was a cross between a bat, alligator and monkey. Mummy!

4. They Didn’t Give Their Babies Original Names 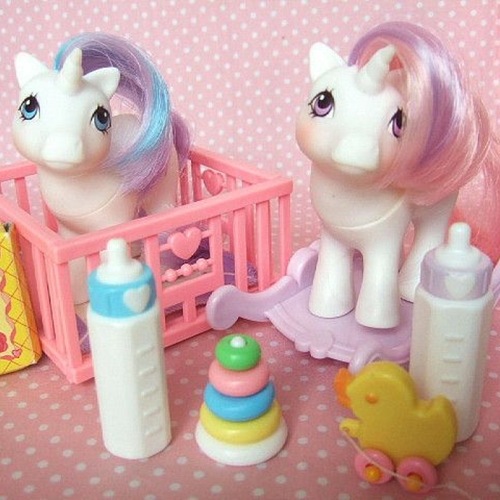 Rather, they would name the babies after themselves, so for example, the child of Cotton Candy would be called Baby Cotton Candy? Even when they grow up into adult ponies? The mind boggles!

5. They Were Meant To Be Gender Neutral 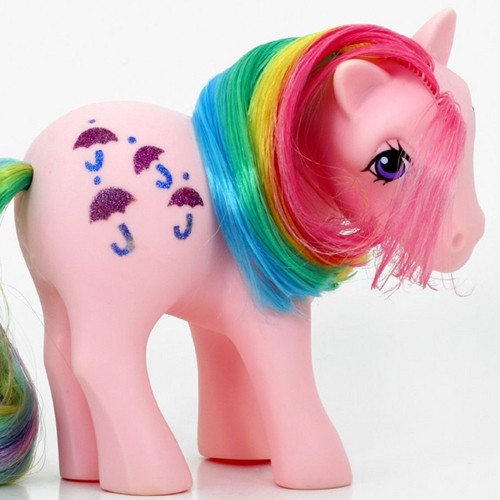 The bright ponies we came to know and love were not what creator Bonnie Zachery initially had in mind. She envisioned toys that looked like real animals and would be played with by both girls and boys.

Even these days we’re used to toy shops being separated into blue and pink aisles, so we’re both shocked and impressed that the original toys were so forward thinking! 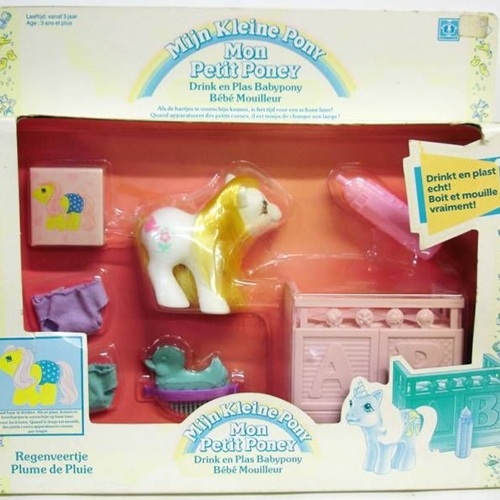 Do you remember the Drink n’ Wet Ponies? Well, the story behind them filling their nappies, as per the original packaging, is all rather strange.

Because the packaging claimed that ‘as they splashed the water, the rainbow crystals on their wet diapers changed into little hearts, making the diapers as pretty as can be. Now, whenever the diapers get wet, colorful hearts magically appear.’ Ok then!

7. They Were Marvel’s First Ever Theatrical Film 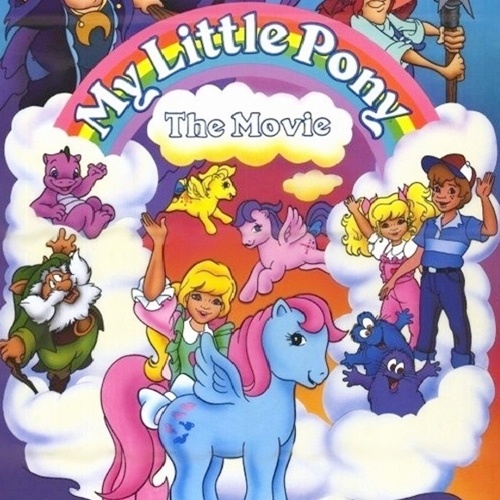 Because ‘My Little Pony: The Movie’ was released in June 1986, and it debuted more than a month before ‘Howard the Duck’, making My Little Pony Marvel Studio’s first theatrical film.

8. Some Of The Bad Guys Were Terrifying 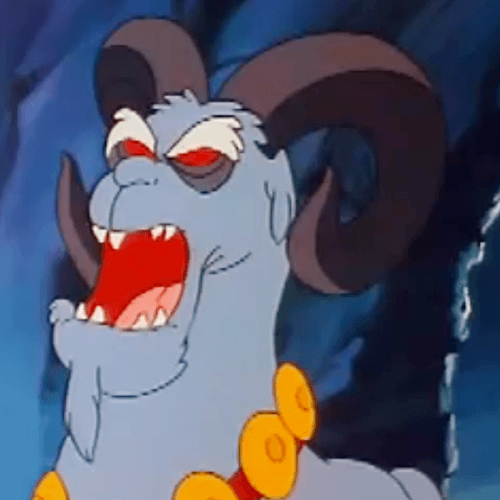 We’ve already mentioned the scary bad guy from the very first My Little Pony TV special, and it didn’t get any better from there.

Because other villains included Grogar the ram demon, Arabus the cloud demon and Lavan the lava demon!

9. Baby Ponies Were Not Born In The Normal Way 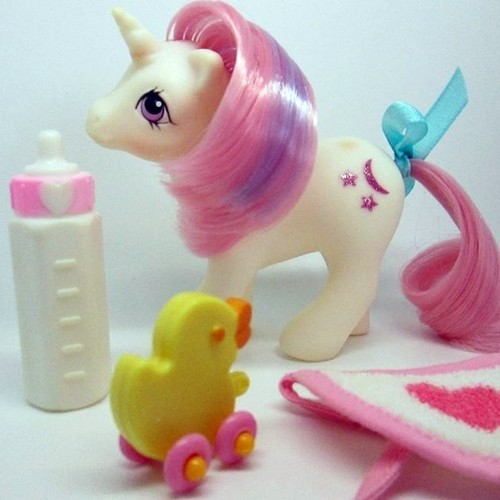 Rather than being born in the regular way, the baby ponies were said to have been ‘born from their mother’s reflection’. This would of course be rather worrying for a mummy pony if she simply wanted to look into a mirror to check her hair!

Not only that, but apparently some of the baby ponies ‘never had their own mother’, which is a strange concept to try and explain to your children!

10. They Stopped Us Seeing A G.I Joe Or Jem Movie 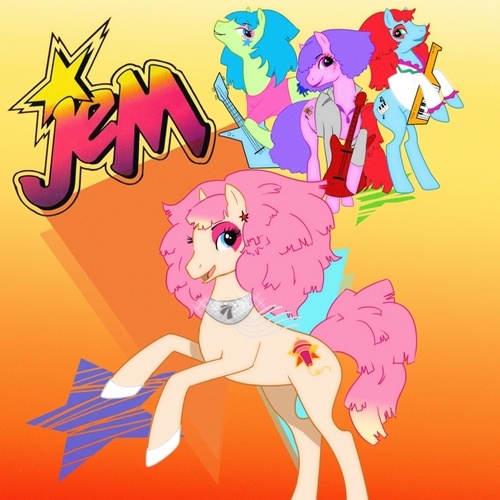 Yes it’s true, as because the My Little Pony and Transformers films did so badly at the box office, losing Hasbro $10 million, they cancelled plans to bring G.I Joe and Jem to the big screen.

Sadly that’s all for now. Be sure to share this post with your fellow 80s kids, so they too can find out some strange and bizarre facts about their favourite colourful ponies!