At 54, comedian and talk show host Stephen Colbert is already a legend of American broadcasting.

In 1997, Colbert joined The Daily Show, on which he first developed his abrasive, rightwing TV correspondent character ‘Stephen Colbert’. 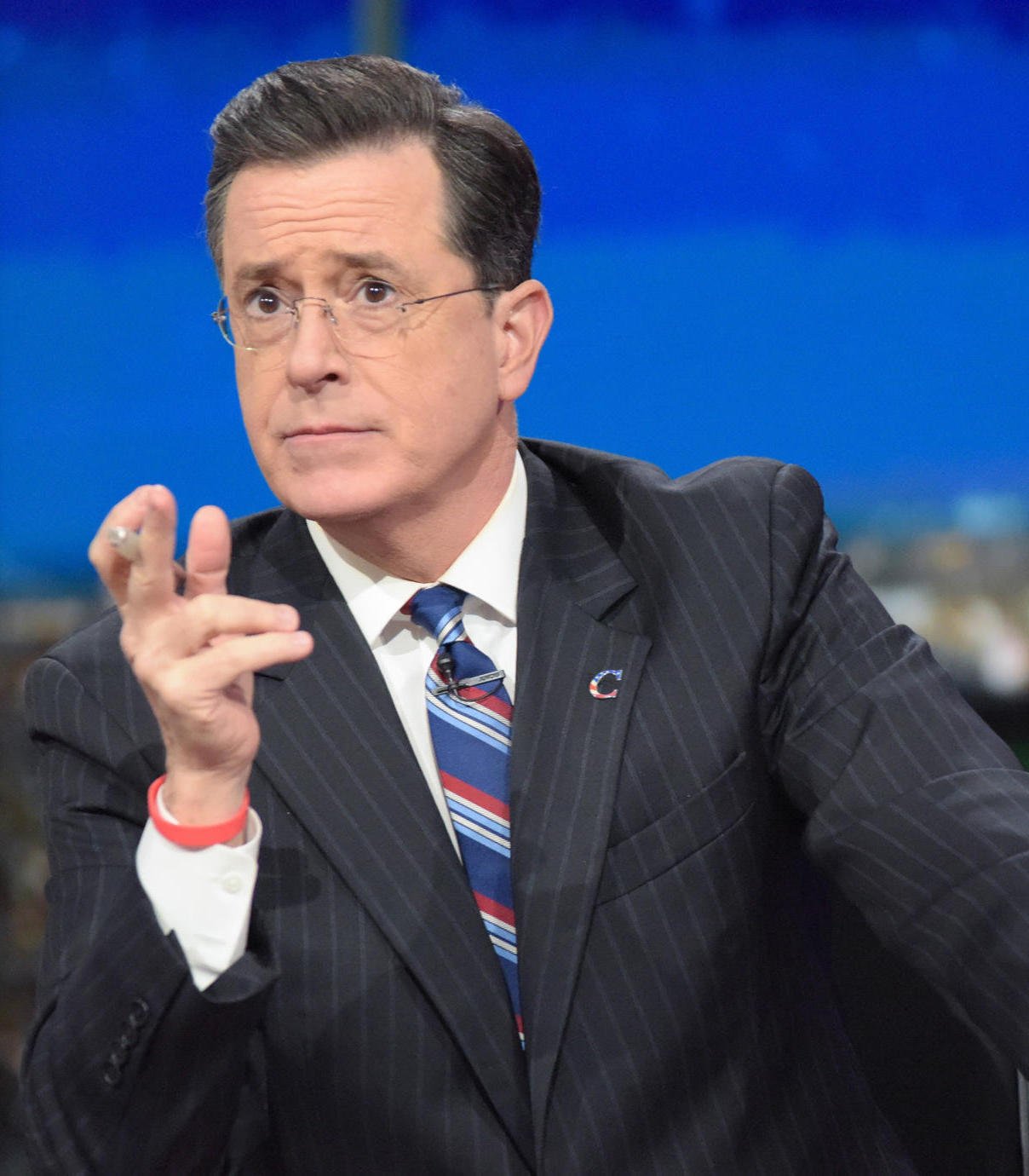 After eight years on The Daily Show, Colbert’s character got his own spin-off in The Colbert Report.

Colbert’s stint on The Colbert Report lasted longer than he did on The Daily Show, but he left in 2015 for his biggest gig yet. 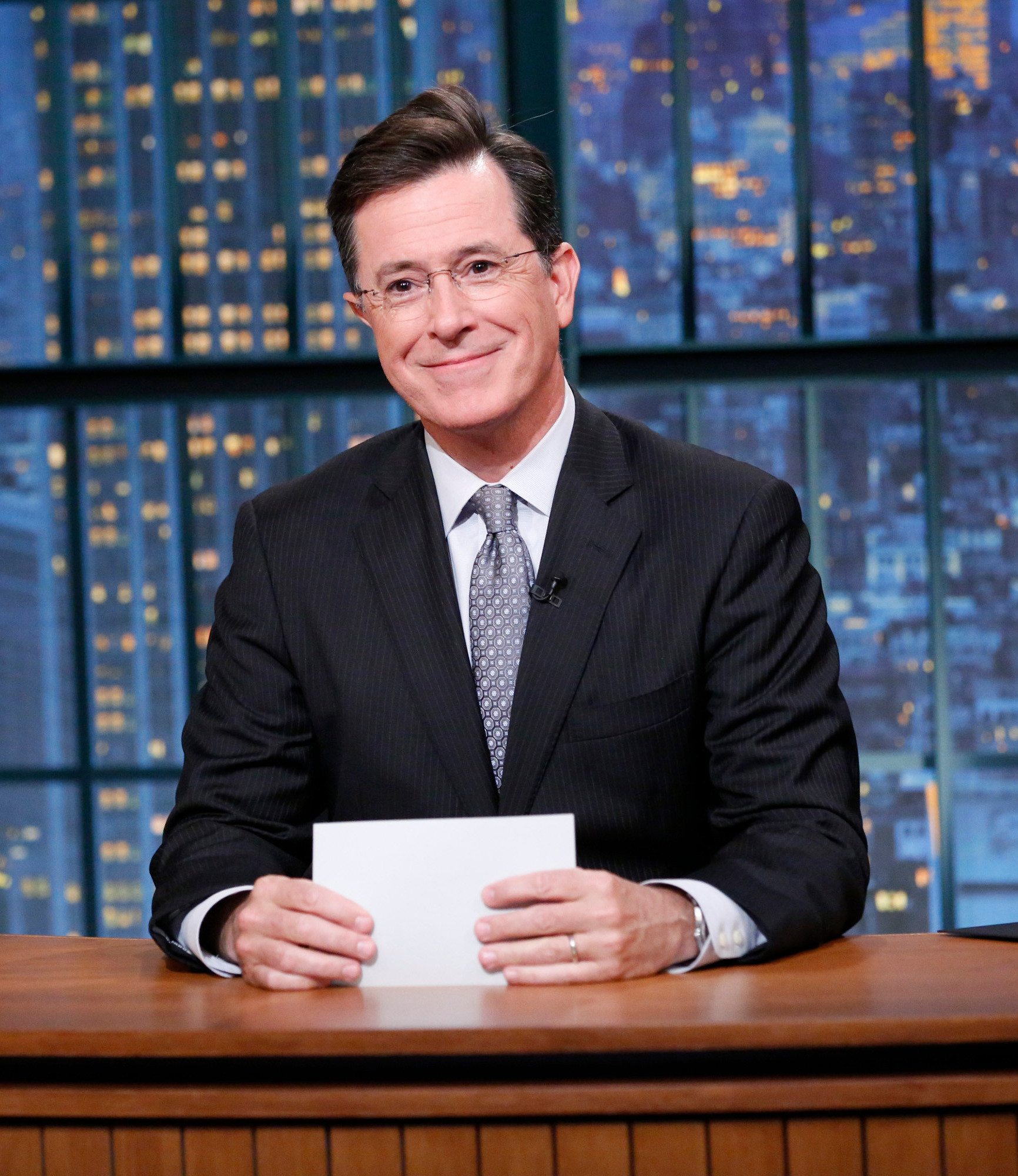 This was the year that Colbert left ‘Stephen Colbert’ behind to take over from David Letterman in the coveted role of host of The Late Show, this time playing himself.

As he approaches his four year anniversary as host of The Late Show, here are ten things you need to knew about Stephen Colbert.

It’s no surprise that Colbert has fought his way to the top of the late-night circuit, considering how fierce the competition must have been growing up. 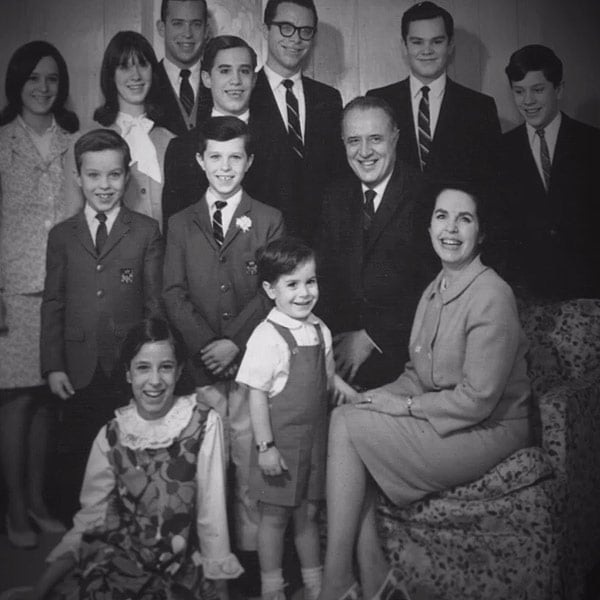 Born in 1964, to James William Colbert Jr and Lorna Elizabeth Colbert, Stephen entered what was already a somewhat crowded family.

Stephen was actually the youngest of 11 siblings, with seven brothers and three sisters. 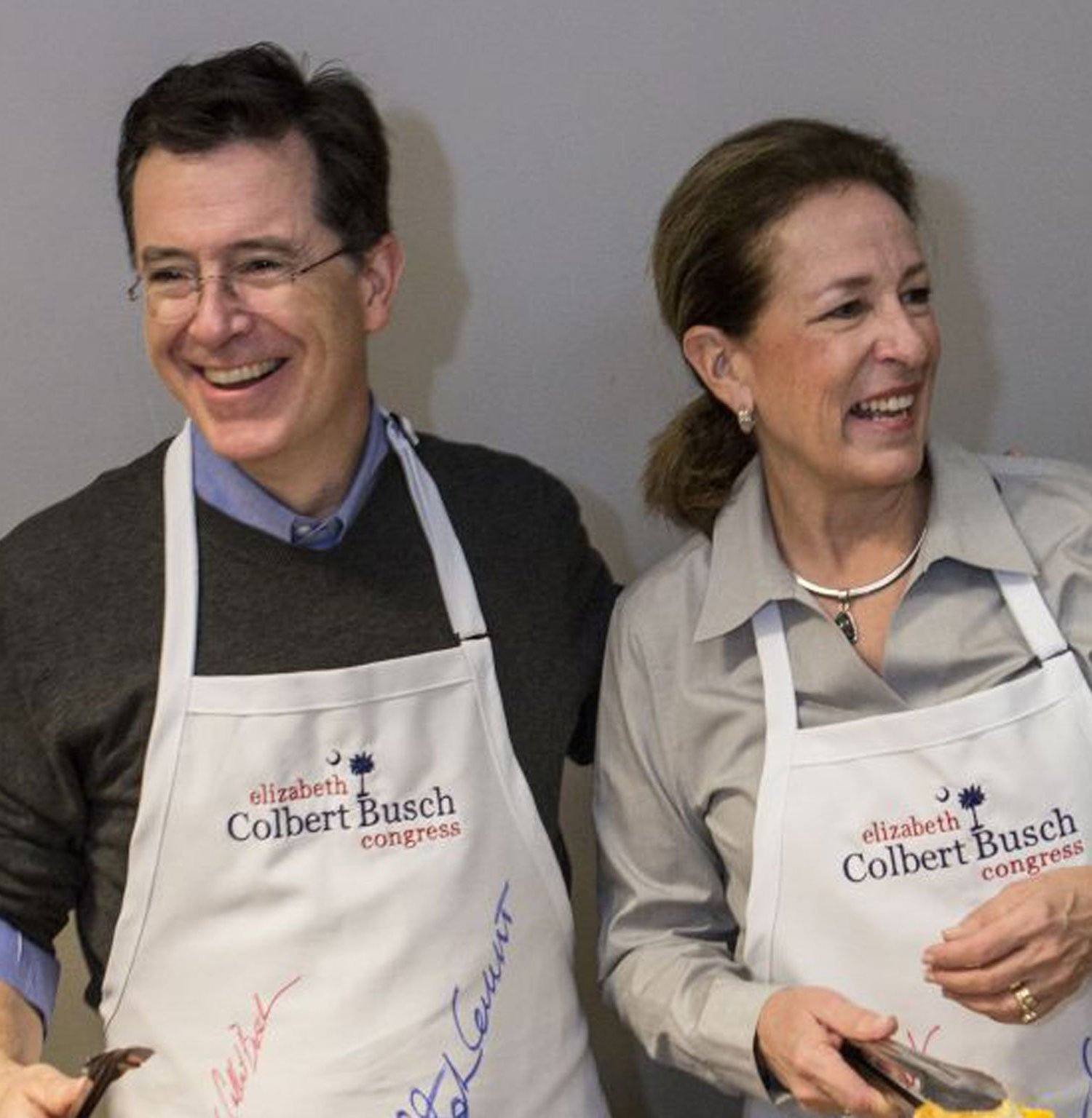 Colbert isn’t the only famous one in the family, either: in 2013, his sister, Elizabeth Colbert Busch, ran for South Carolina’s 1st congressional district as a Democrat, but lost to Republican Mark Sanford.

9. His father and two brothers died in a plane crash when he was 10

When he was just 10-years-old, Colbert suffered a family tragedy that continues to influence his outlook on life today. 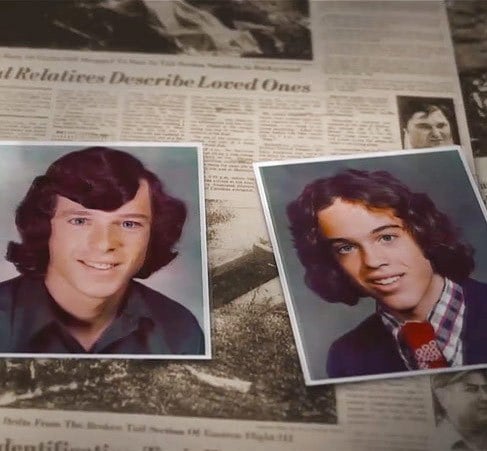 On September 11, 1974, two of Colbert’s brothers, Peter and Paul, along with their father James, got on a flight from Charleston in South Carolina bound for Chicago.

Tragically, the plane never arrived at its destination, instead crashing into a North Carolina cornfield and killing most of the passengers on-board, Colbert’s father and two brothers included. 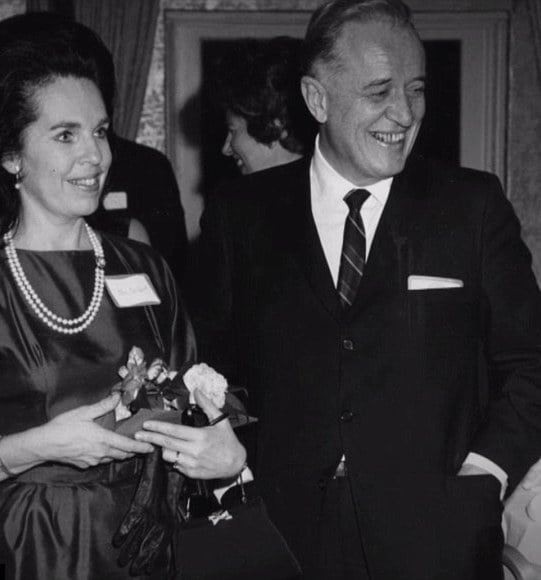 Though Colbert by his own admission initially ‘acted out’, he later learned to embrace “the bomb”.

“I learned to love it… That might be why you don’t see me as someone angry and working out my demons onstage. It’s that I love the thing that I most wish had not happened.”

It’s a common stereotype that members of the Democratic media also happen to be godless atheists to a man – but Stephen Colbert is a true exception. 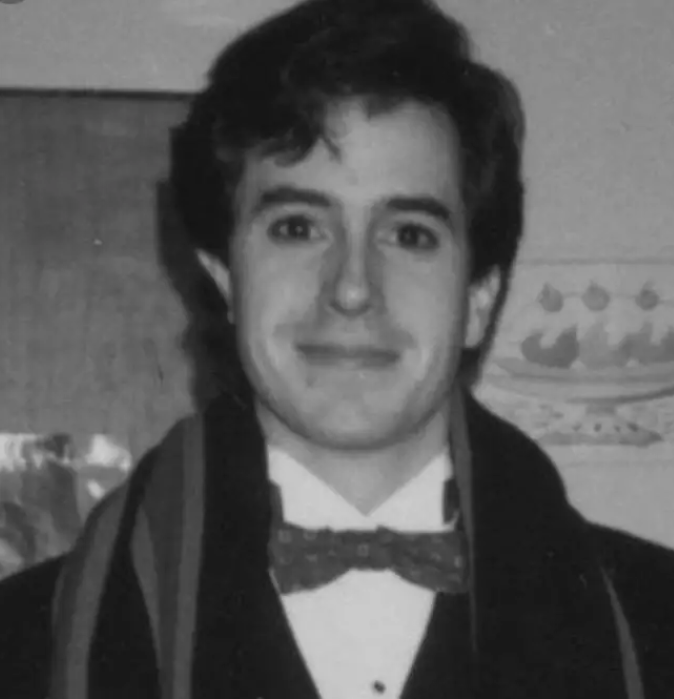 Raised in a Catholic household in South Carolina, Colbert became a self-described atheist in adulthood, until a chance encounter some years later.

Handed a small book of New Testament proverbs and psalms while walking the streets of Chicago, Colbert found the teachings within brought him back to God. 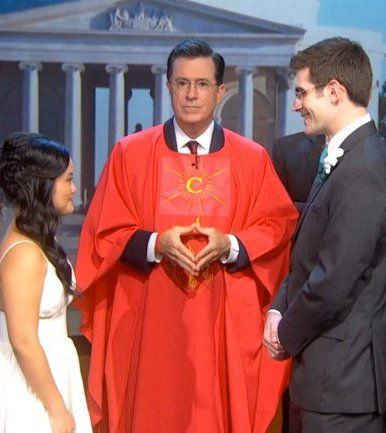 Today, Colbert is a devout Roman Catholic, as well as an ordained minister who has on occasion also been known to teach Sunday school.

7. He knows more about Lord of the Rings than Tolkien experts

One way that Colbert dealt with a difficult childhood was by turning to fantasy fiction, including Dungeons & Dragons and, especially, Lord of the Rings. 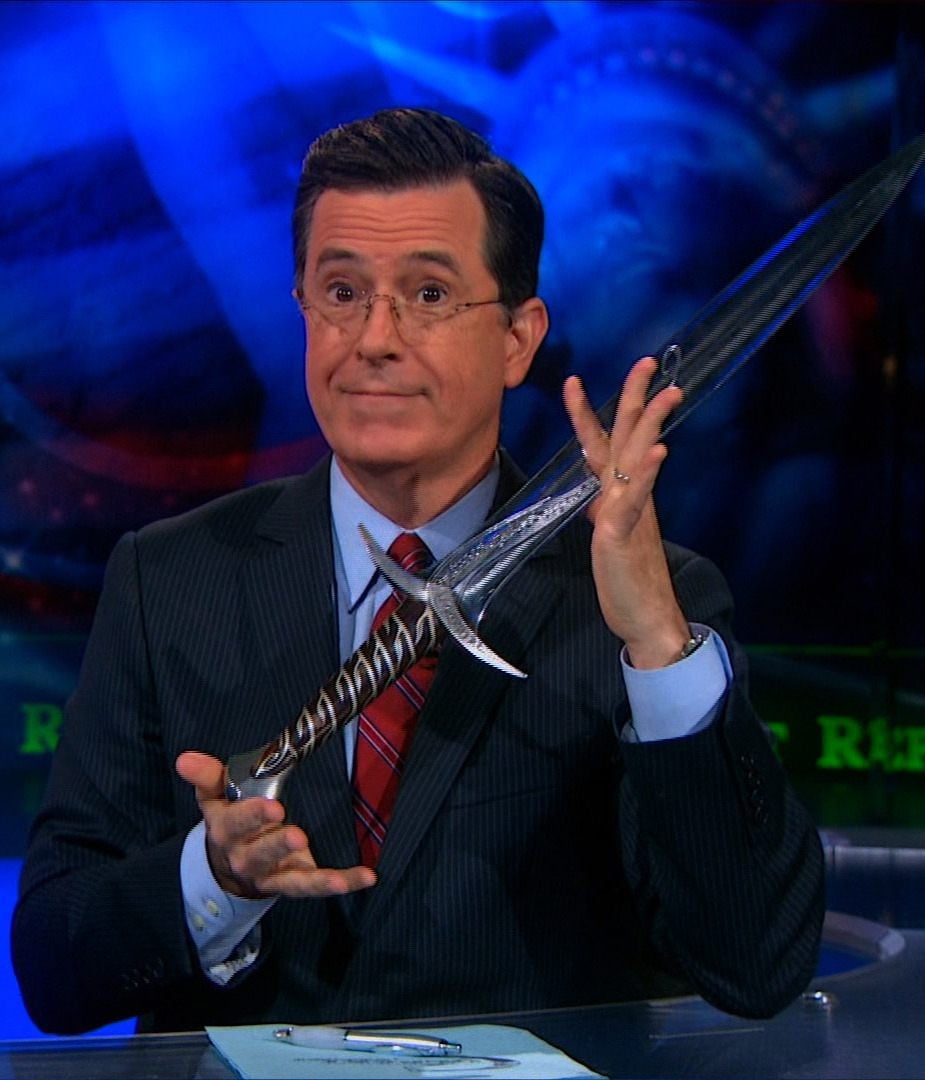 His lifelong adoration of the JRR Tolkien book series should be evident to any Late Show viewers, who will often find Colbert using LOTR analogies and even action figures to make political points.

Colbert’s “encyclopaedic knowledge” of Tolkien so impressed Peter Jackson, the filmmaker behind both the LOTR film series and the Hobbit trilogy, that Jackson brought Colbert to the set of second Hobbit film The Desolation of Smaug. 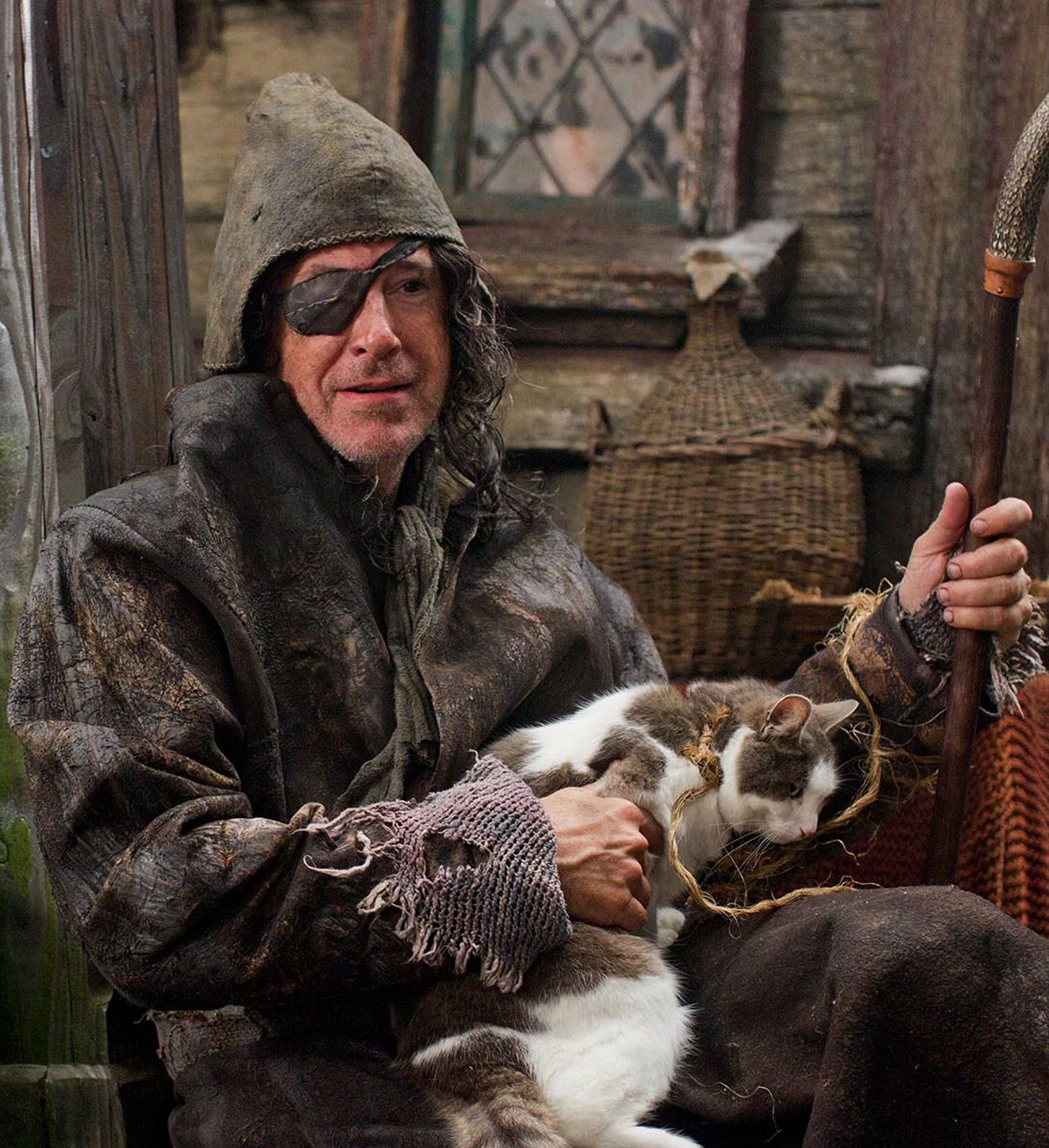 Colbert was ostensibly there to simply geek out and film a cheeky cameo for the movie – you can see him in the film, as a Lake-town spy – but he managed to fit in more than that.

According to Jackson, Colbert threw down with “resident Tolkien expert” – and Smaug screenwriter – Philippa Boyens to see who knew the most via a Tolkien quiz. Colbert won.

6. His first job was as Steve Carell’s understudy

For many years, Colbert and Steve Carell worked together as Daily Show correspondents, but it wasn’t their first professional collaboration. 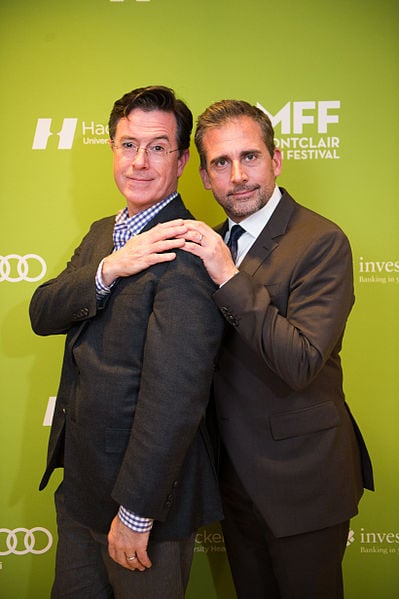 When both Colbert and Carell were first starting out as stage comedy performers in Chicago, the pair actually shared a role.

More accurately, it was Carell’s role, but Colbert stepped into it whenever Carell was out of town. 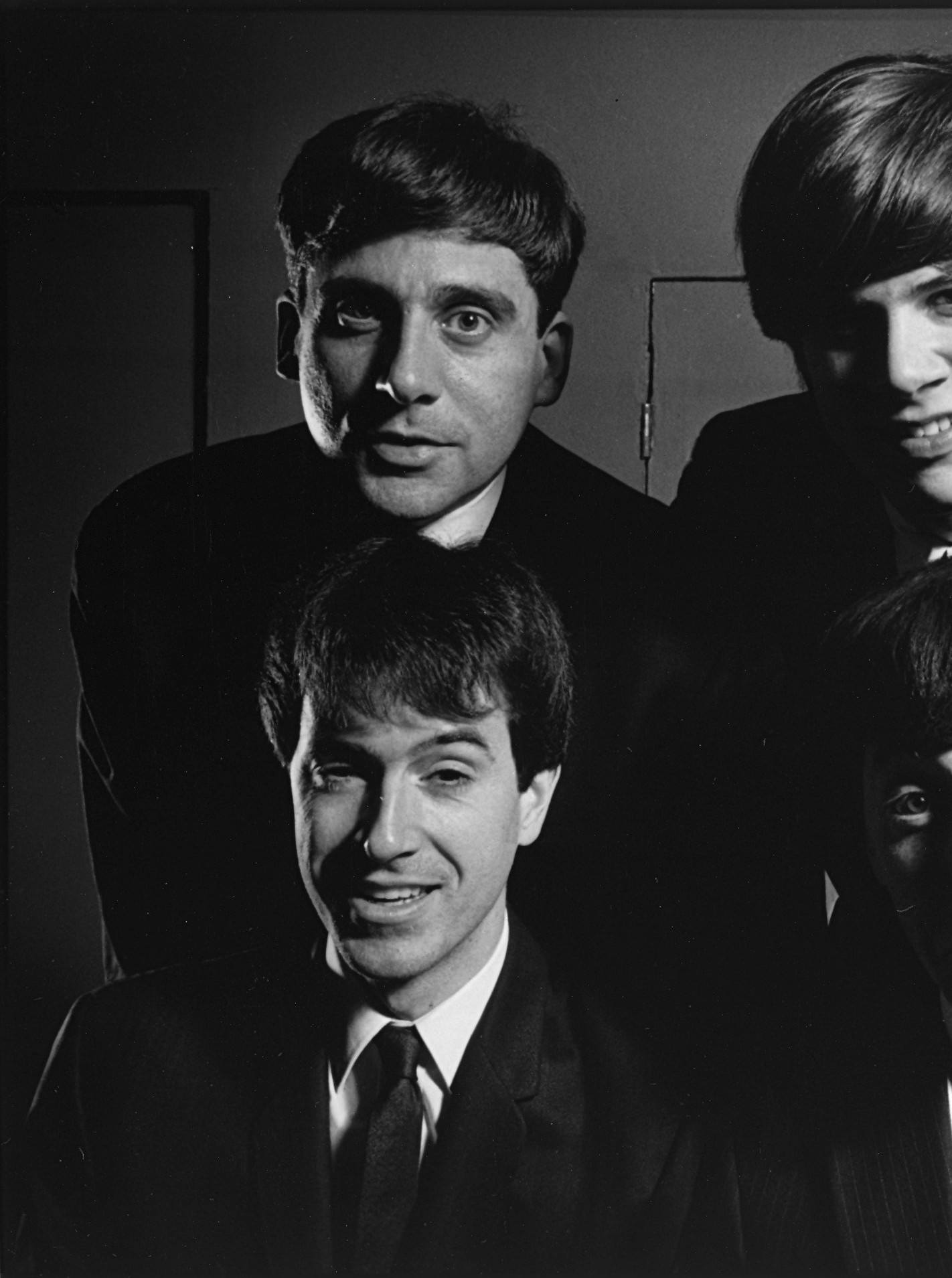 His role as Steve Carell’s improv comedy understudy was actually Colbert’s first as a professional performer.

Colbert later told the AV Club: “[Carell] was a great guy whose material was fun to do, and I was happy to pretend that I had written it.”

5. He used to be ‘Mick Jagger’ in a Rolling Stones cover band

Stephen Colbert’s outsize personality is such that he was probably always bound for fame and fortune, but it could have all happened so differently. 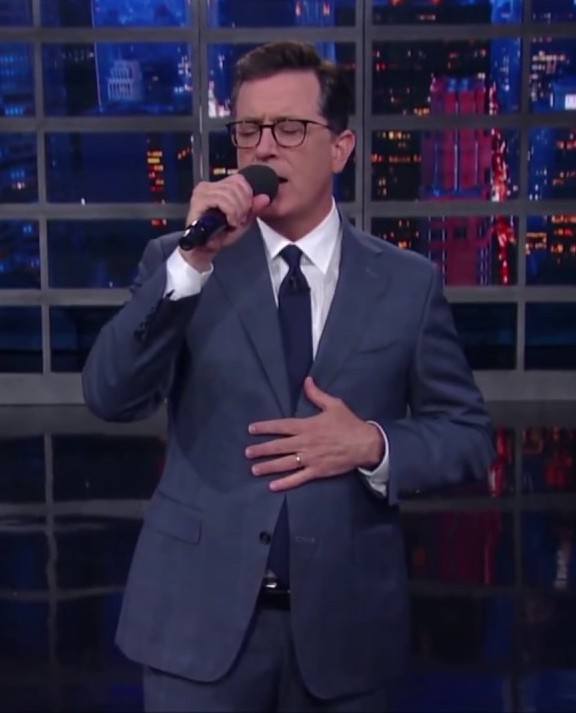 As a teenager, before he got into the comedy, Colbert was the frontman for a Rolling Stones covers band called A Shot in the Dark.

Affectionately nicknamed ‘A Sh*t in the Dark’ by its own members “because we sucked so badly”, Colbert was the band’s Mick Jagger.

Speaking on The Howard Stern Show, Colbert revealed that his go-to track was Brown Sugar.

The band was never taken that seriously, though, according to Colbert – in a 2008 interview with The Telegraph, the funnyman claimed A Shot in the Dark only ever played local gigs “for beer”.

4. He got into comedy by accident

That Hobbit cameo aside, it’s almost inconceivable to think of Stephen Colbert as a serious actor – but that was the path the Late Show host initially tried to take. 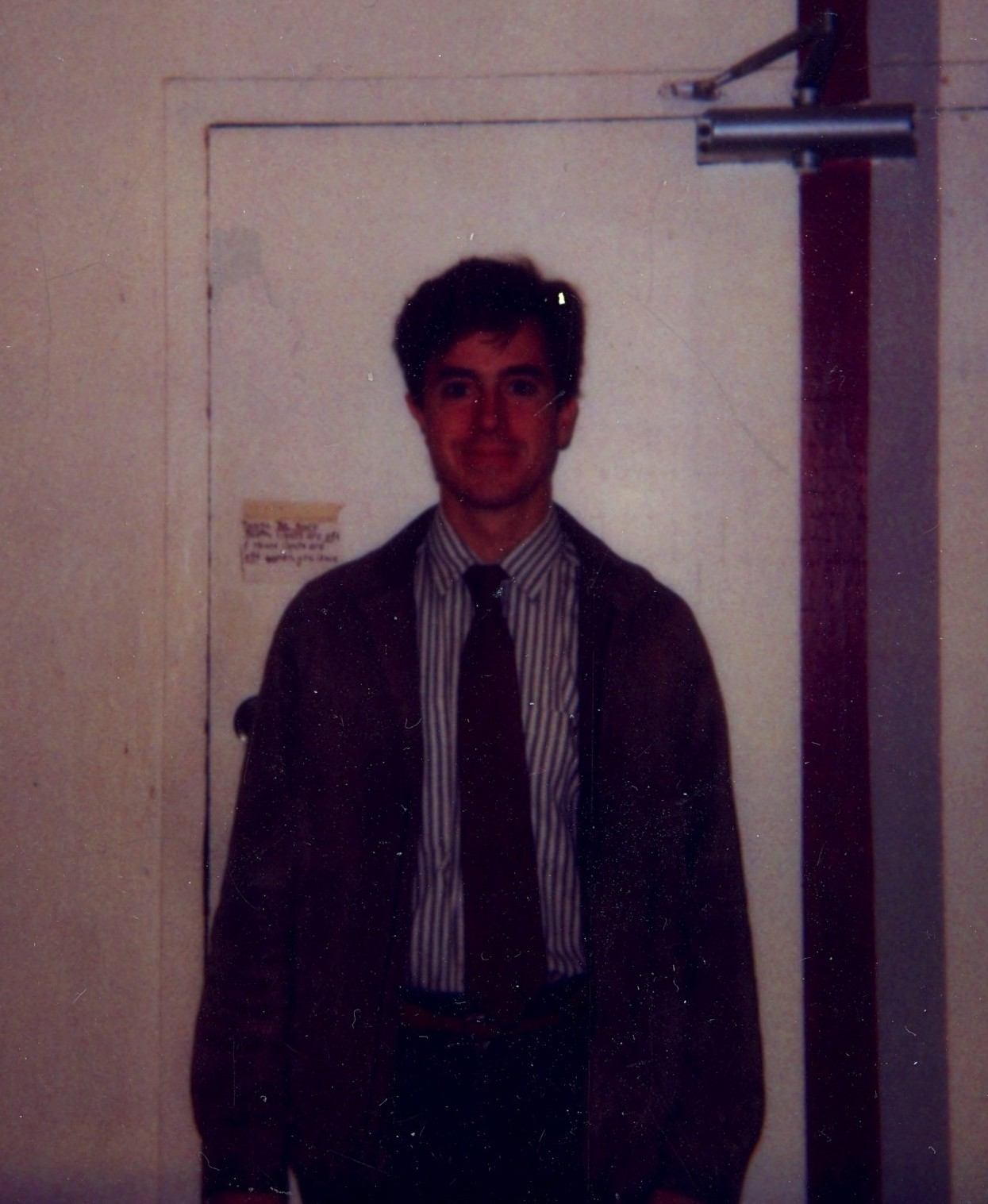 In 1984, Colbert transferred to Illinois’ Northwestern University, where he grew a beard, enrolled as a theatre major and trained to become a dramatic actor.

According to Colbert’s now-regular comedy partner Amy Sedaris, the serious dramatic actor that Colbert aspired to be at this time was “insufferable”, shunning comedy and signing up to experimental plays. 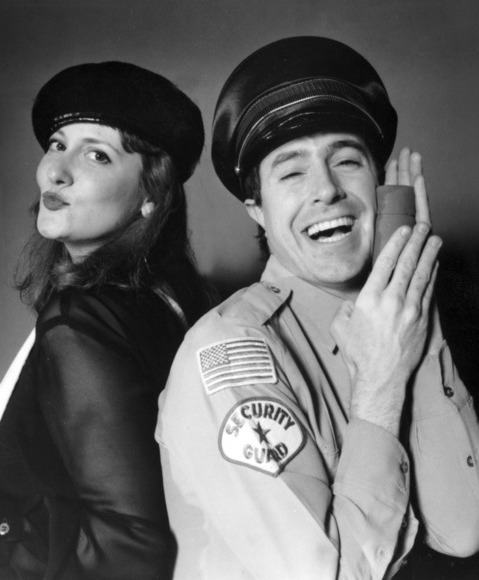 The reality of college life ending, however, was that the need to work suddenly got in the way of Colbert’s dramatic dreams.

When Colbert was a younger man, before he pursued a career in drama (and then comedy), his dream was to be a marine biologist. 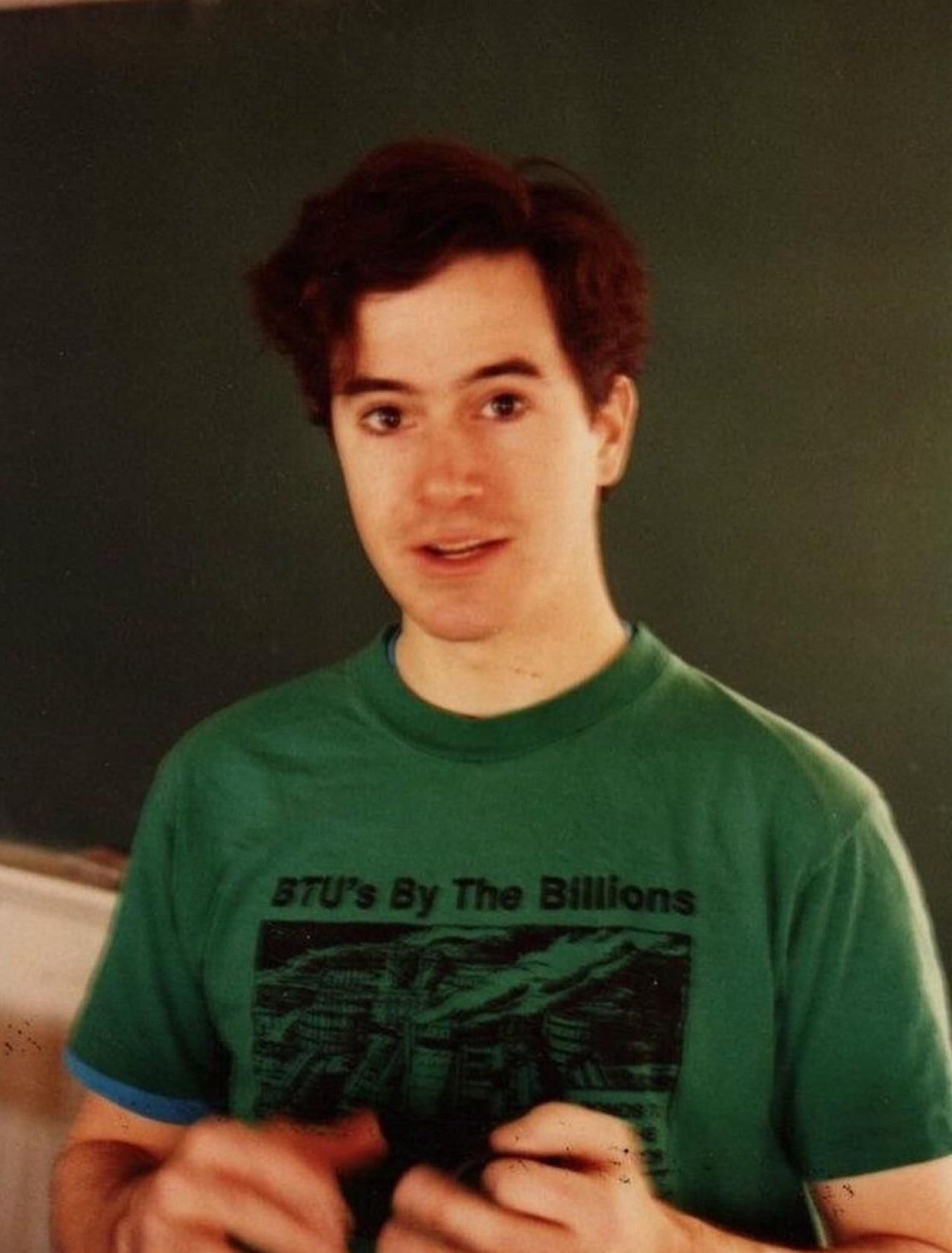 Life, however, got in the way. When Colbert was younger, he “had this weird tumour” in his ear that required surgery.

The operation – which, in Colbert’s words, involved the tumour being “scooped…out with a melon baller” – left him without an eardrum in his right ear. 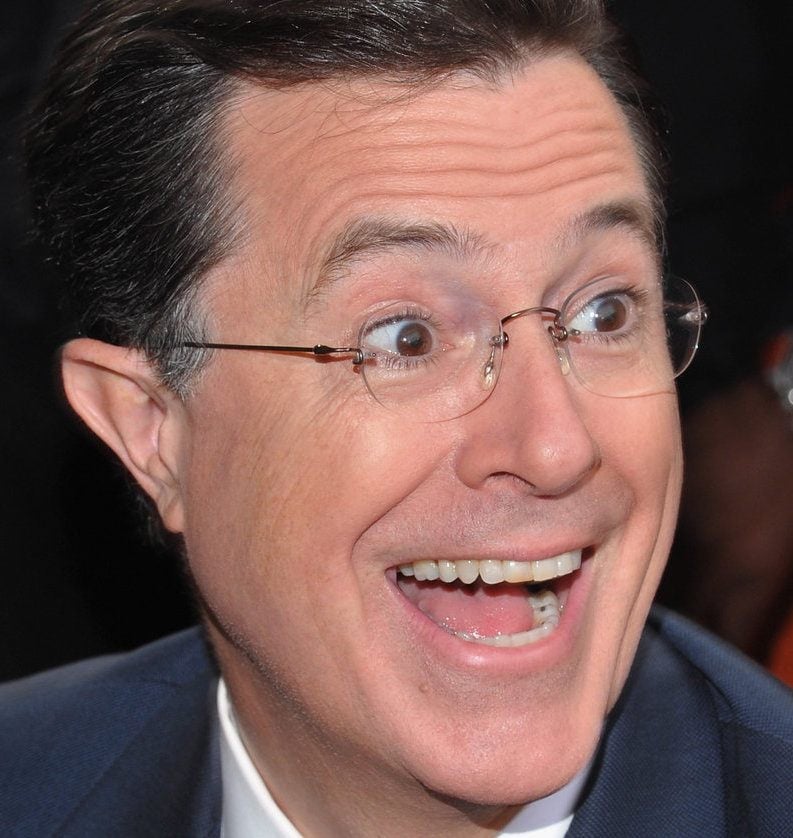 This didn’t just leave Colbert partially deaf and with a misshapen ear: the procedure also ended any chances of pursuing his dream profession.

“Now I can’t get my head wet. I mean, I can, but I can’t really scuba dive or anything like that. So that killed my marine biology hopes.”

2. We’ve all been saying his name wrong

Though the spelling of Colbert might suggest it’s pronounced ‘Coal-bert’, the late-night host has always pronounced his name ‘Coal-bear’. 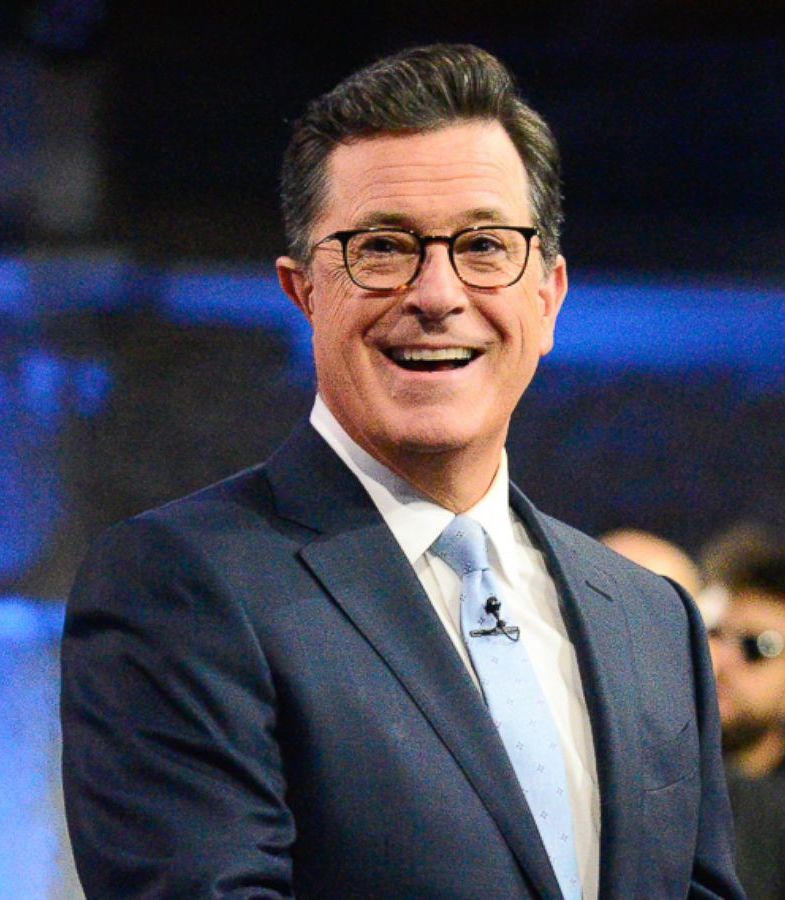 He didn’t always say it that way, however. Colbert, who is of largely Irish heritage, pronounced his surname with a hard T up until the age of 20.

Though Stephen’s father James had always told his children to pronounce it however they saw it, James had liked the idea of changing the pronunciation to ‘Coal-bear’ himself. 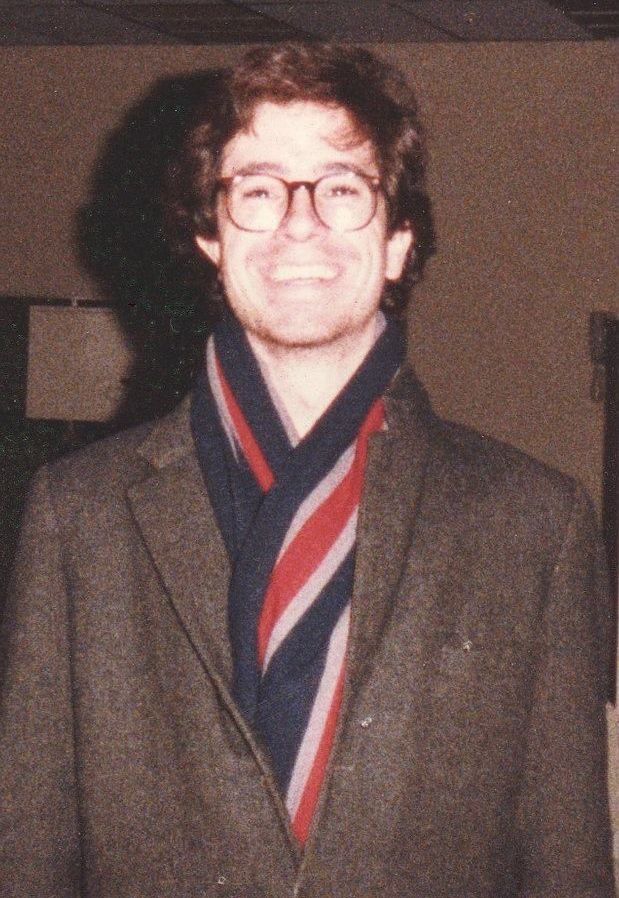 When he transferred to Northwestern University, Stephen finally decided to take the plunge and give his last name a makeover.

Colbert told Charlie Rose in 2006: “I didn’t know Chicago. Nobody knew me there. And I thought, ‘Well, if I’m ever gonna do it, it’s gonna be now.”

1. He testified before Congress in character 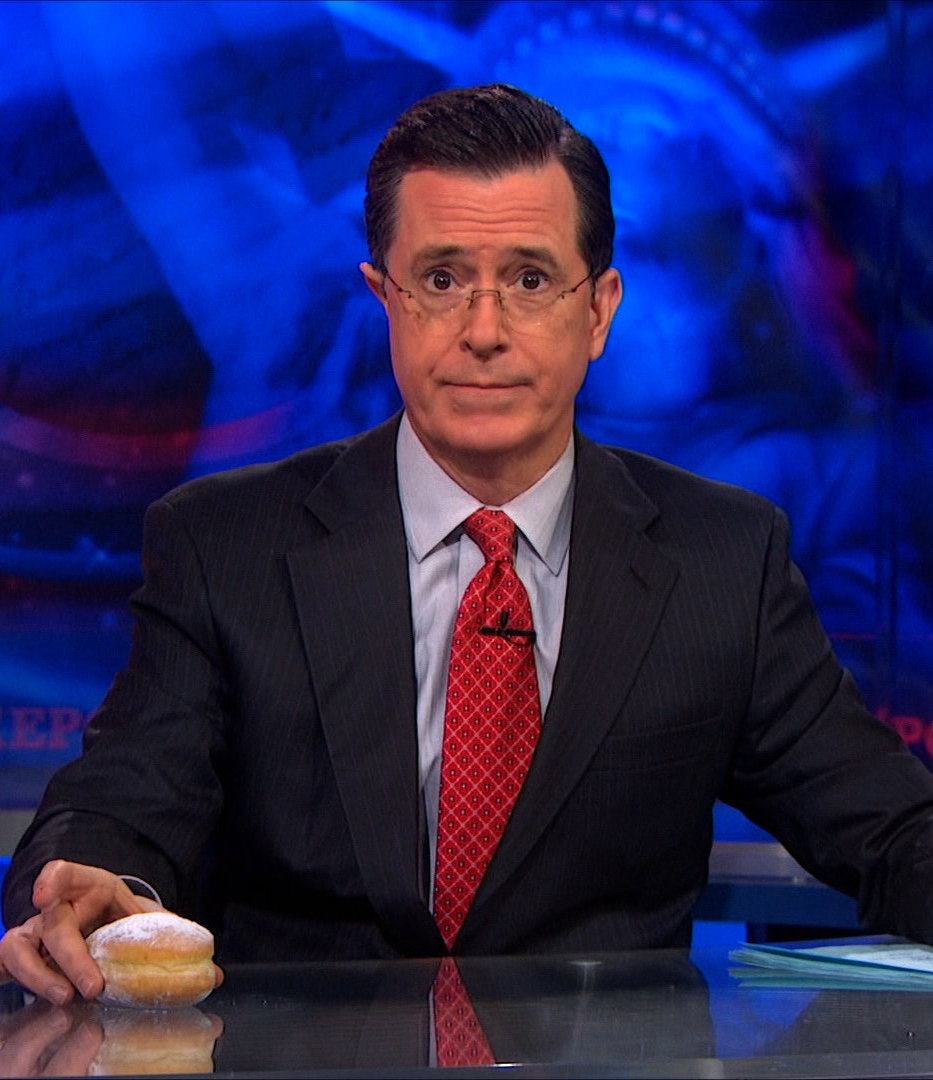 This Colbert was obnoxious, dumb and proud, and far from the Colbert who now interviews celebrities for a living.

Still, for a period, it was this character that Colbert chose to present to the public and, one time, even to the US government. 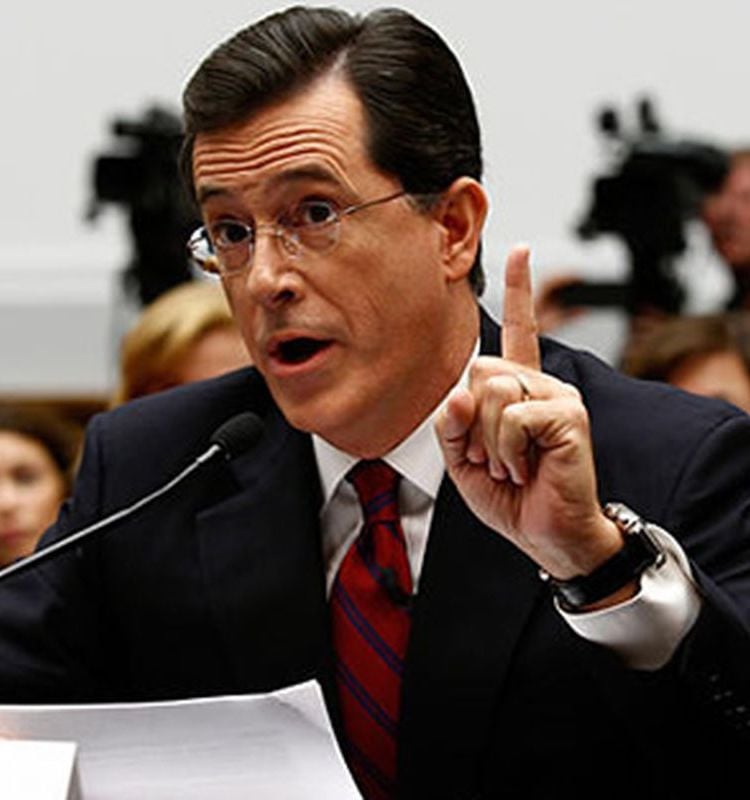 In 2010, Colbert appeared before the House Judiciary Subcommittee hearing on immigrant farm workers in character as ‘Stephen Colbert’.

Though Colbert was asked to leave by one Democratic committee member, the comedian finished his testimony. At one point, he even broke character to speak of his concern about the plight of migrant workers.